Peru Travel GuidePeru TripsPeruvian Odyssey: Journey To The Navel Of The Earth

Peruvian Odyssey: Journey to the navel of the earth 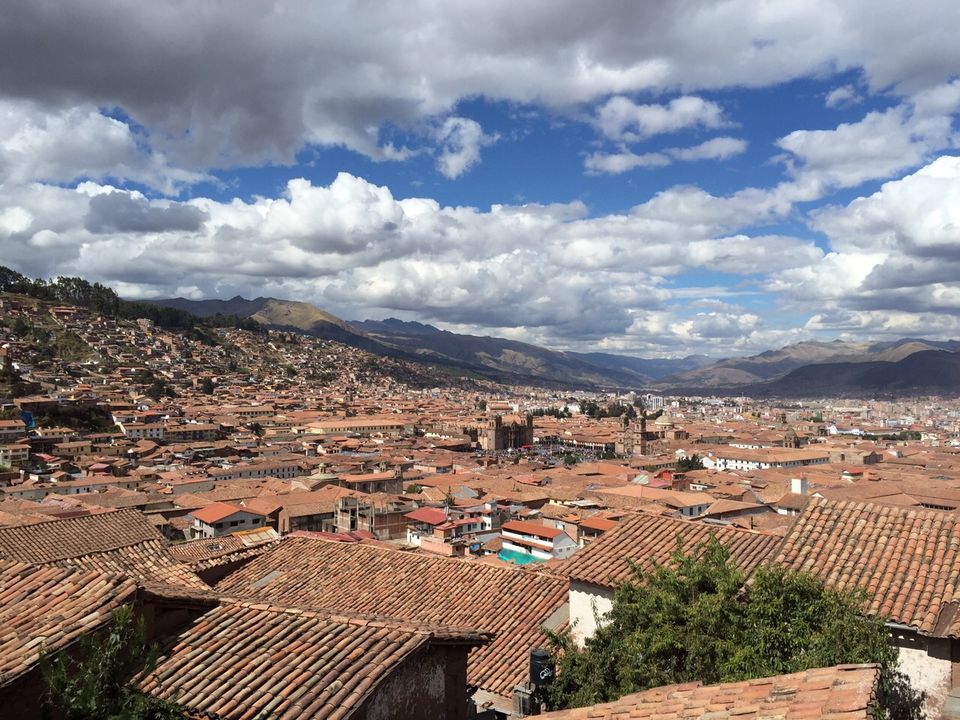 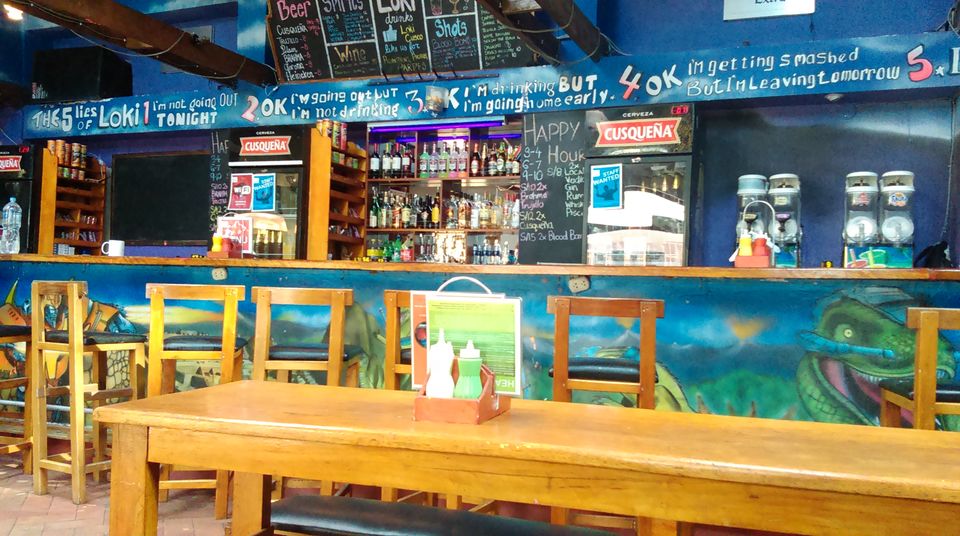 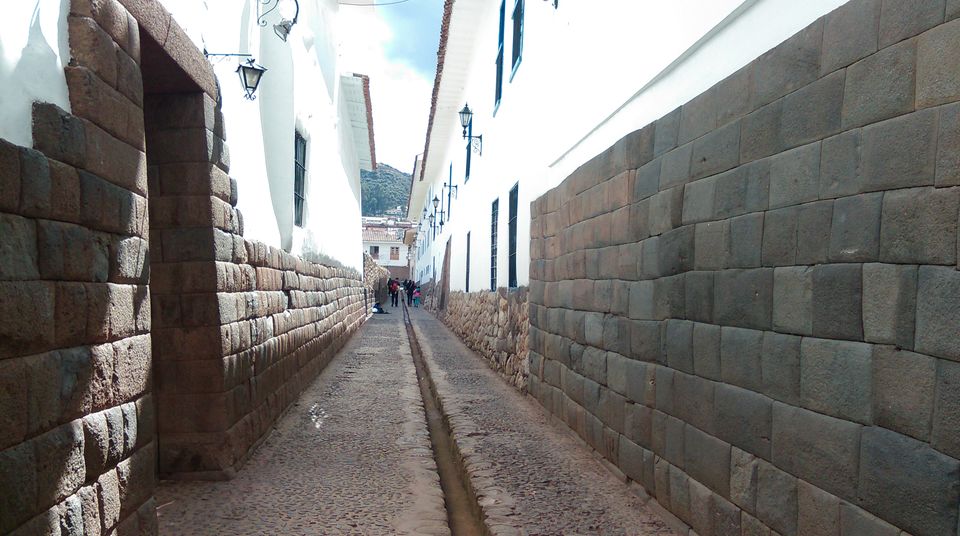 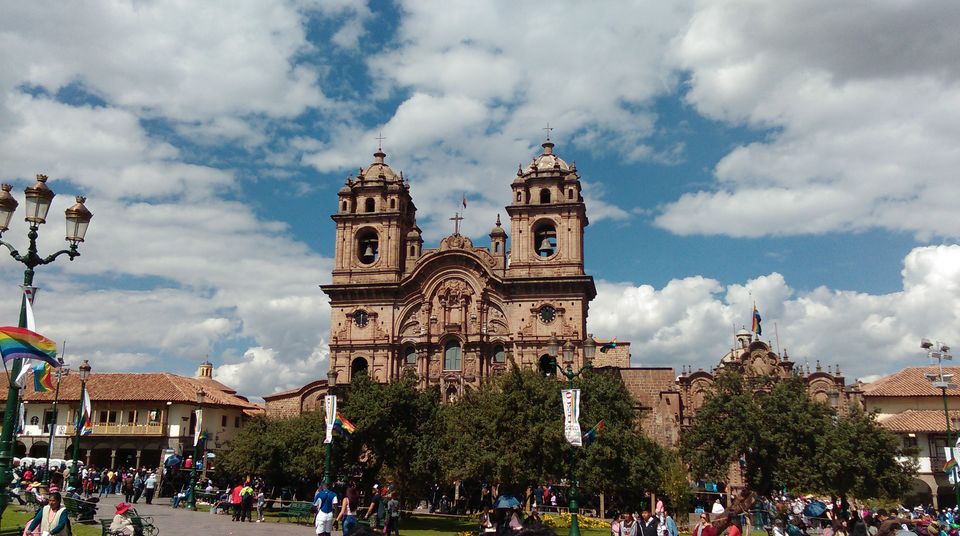 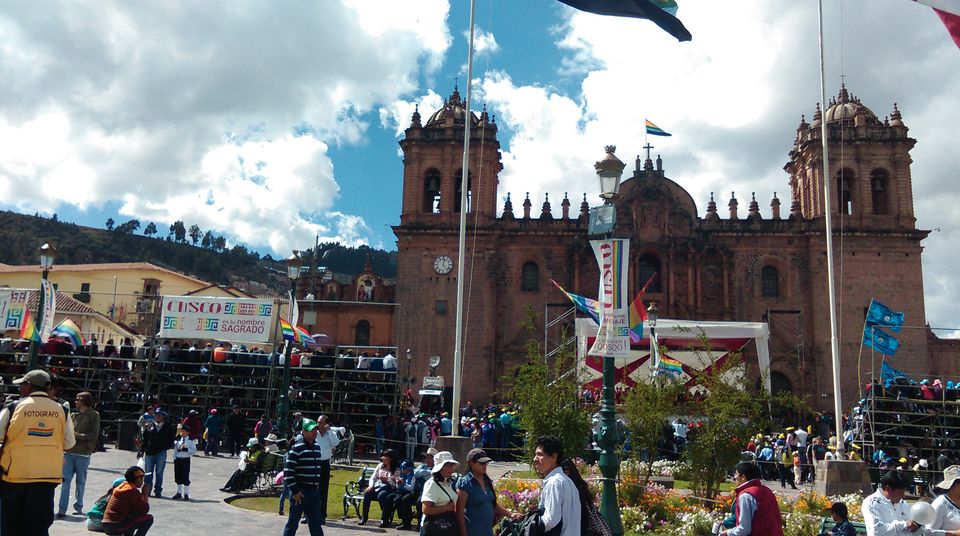 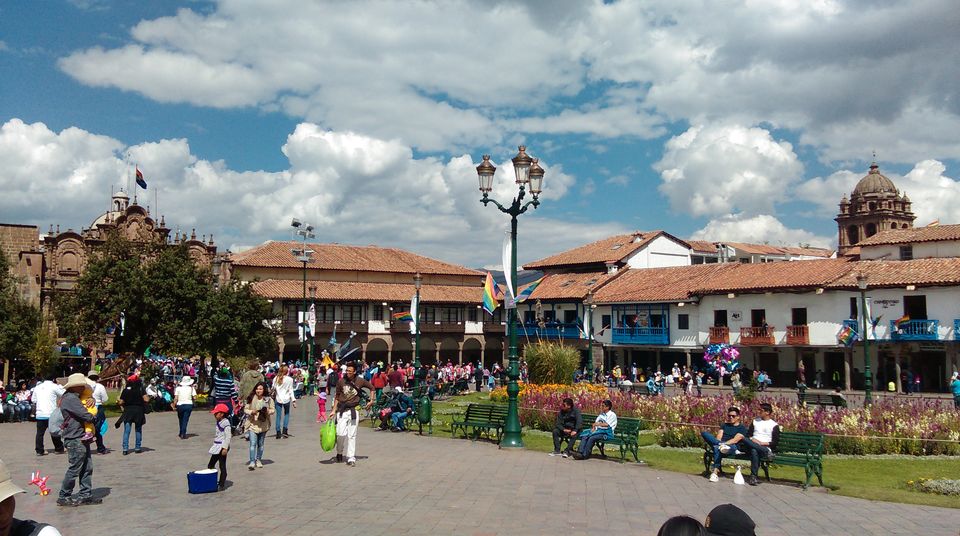 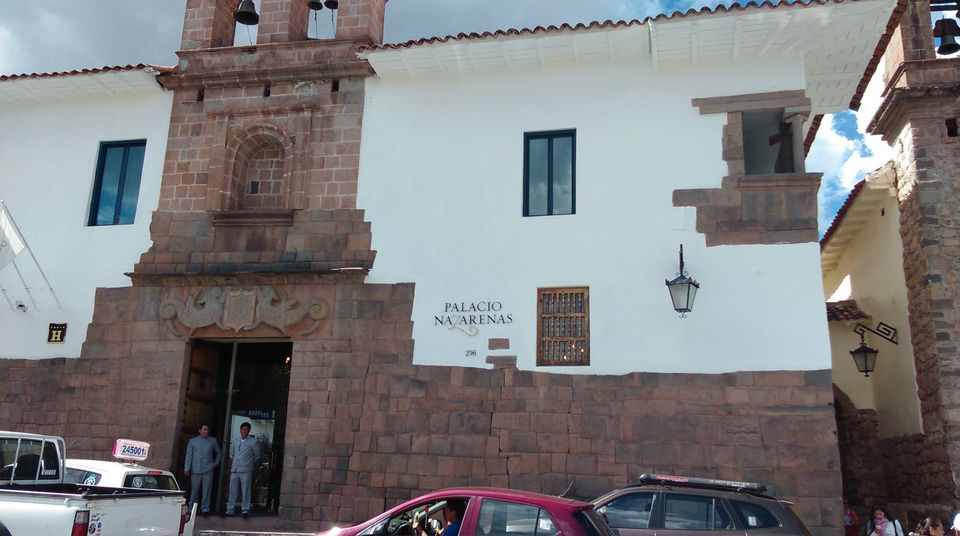 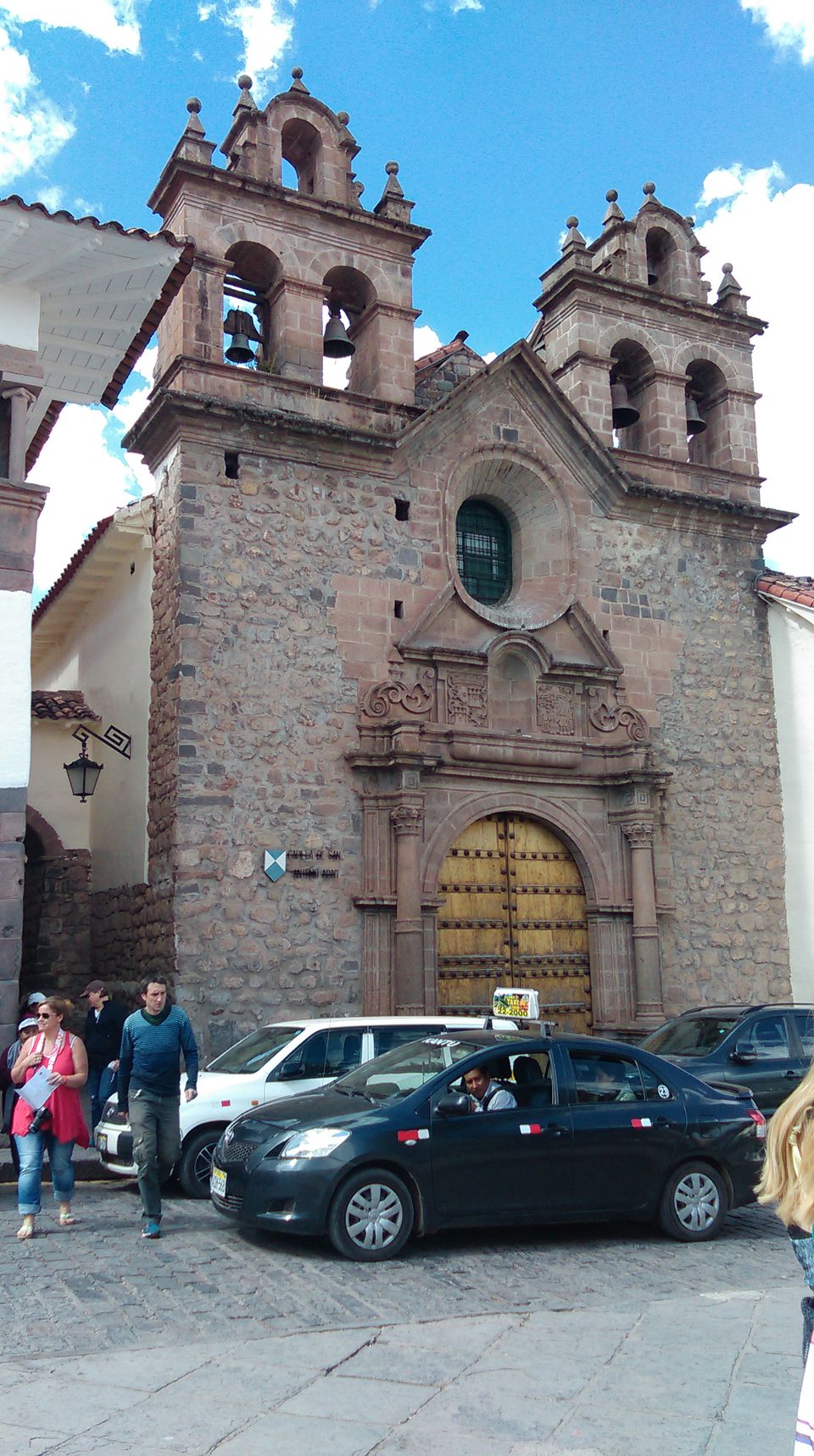 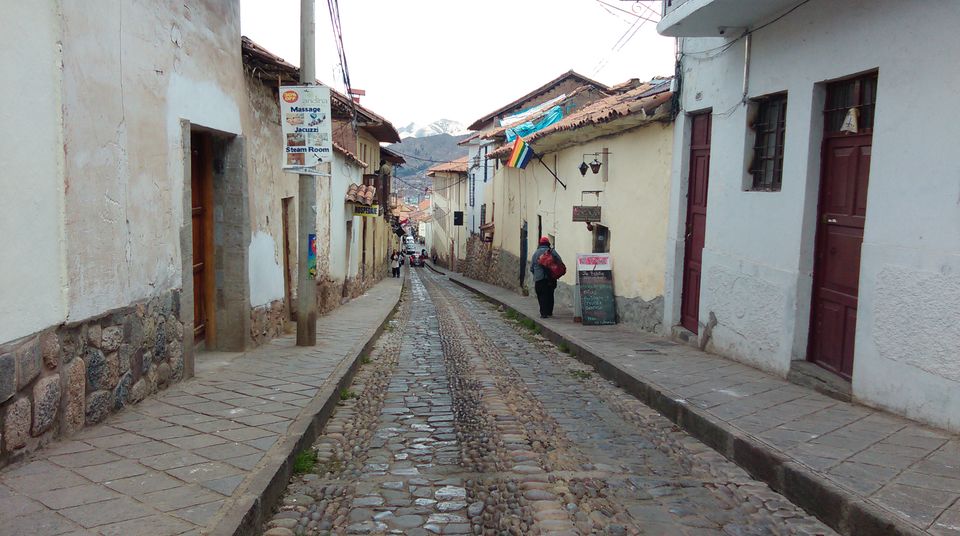 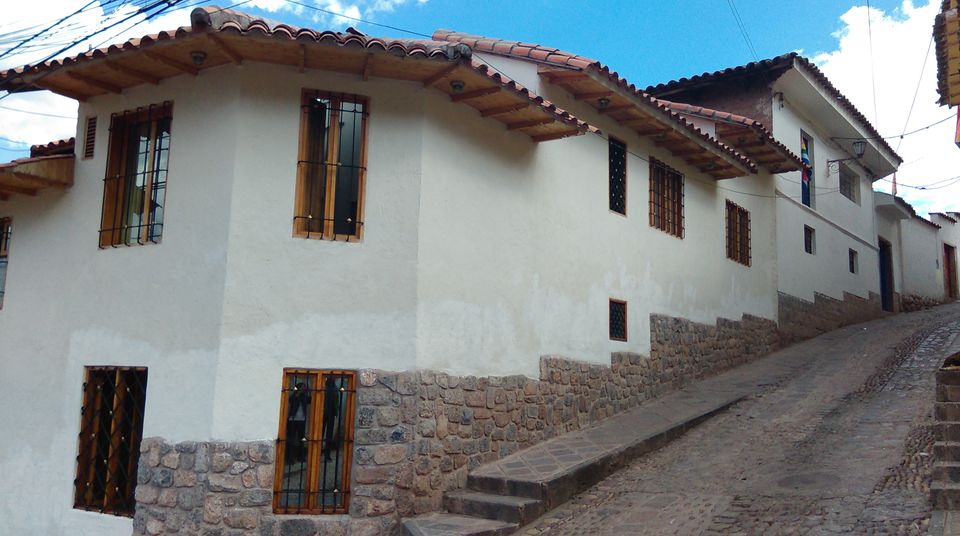 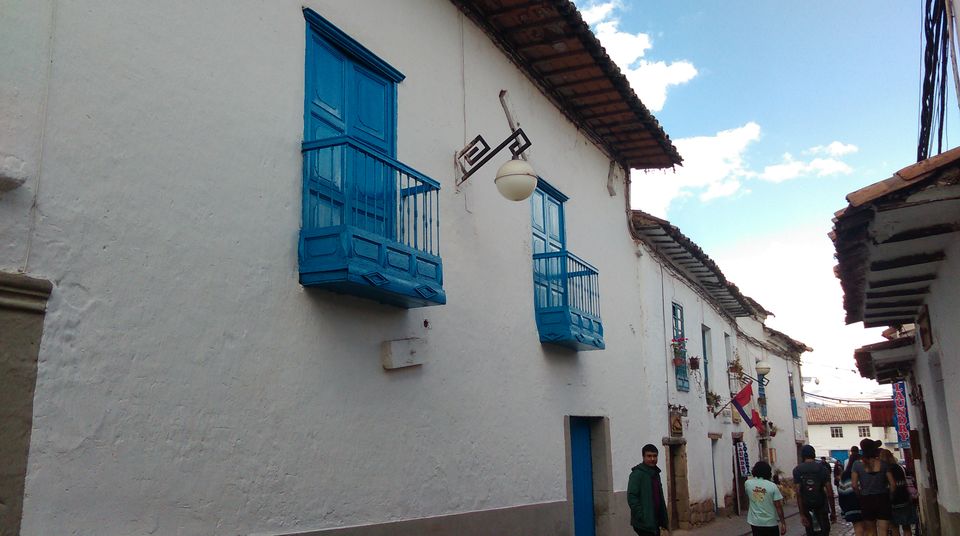 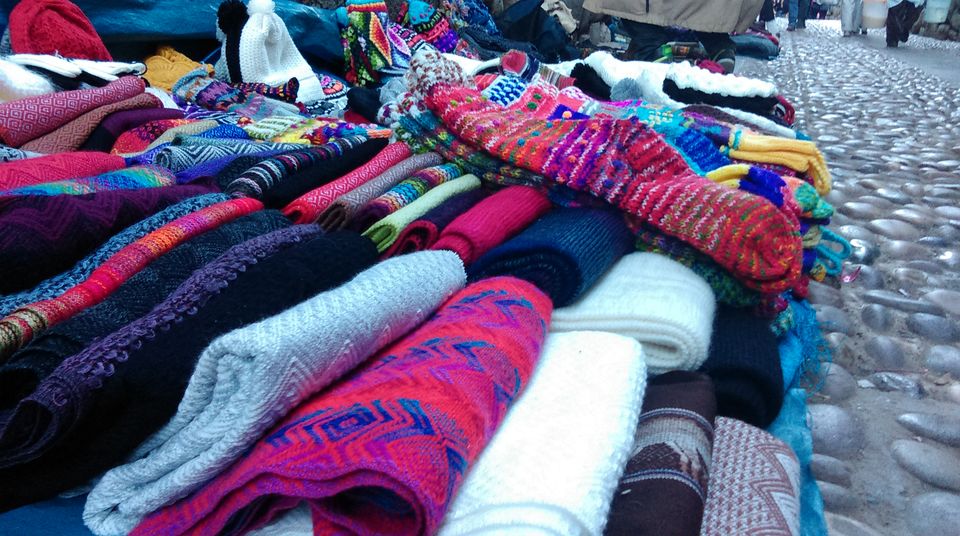 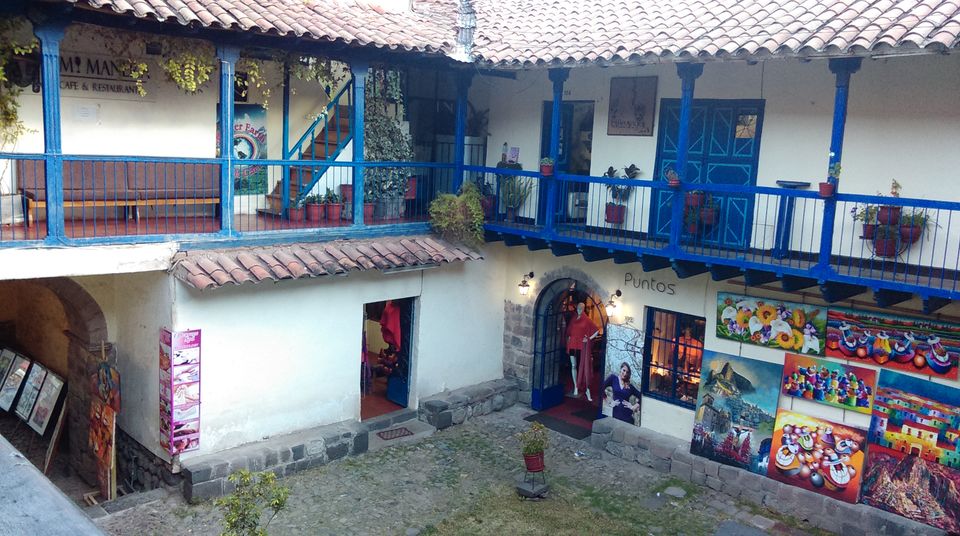 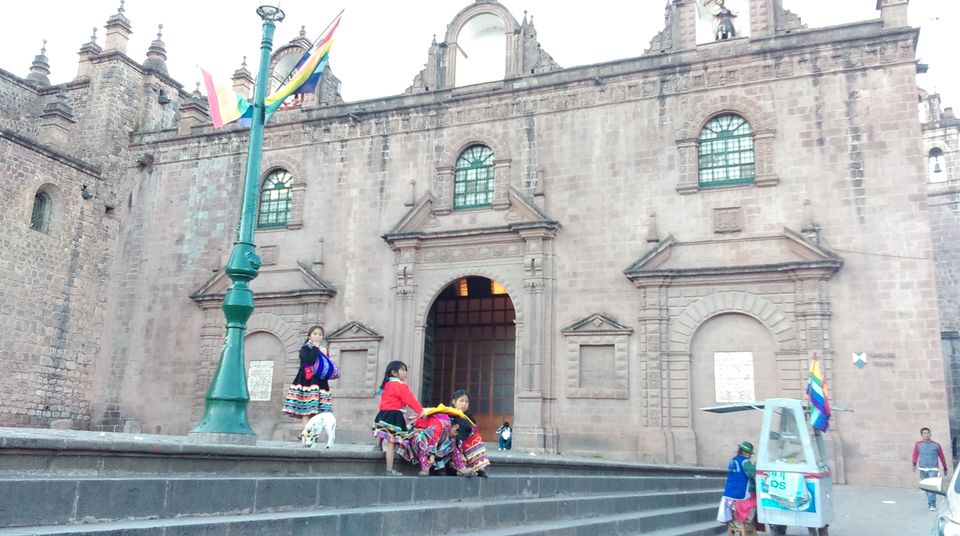 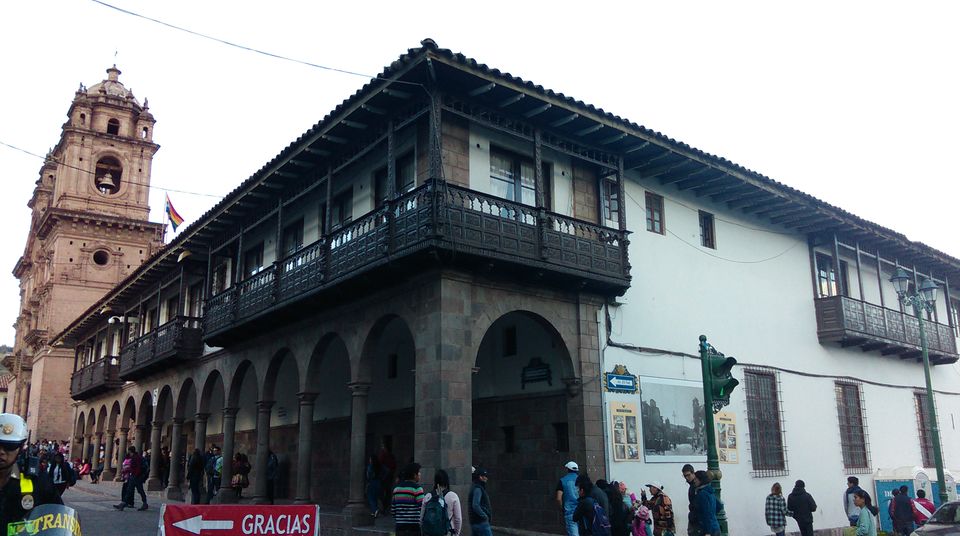 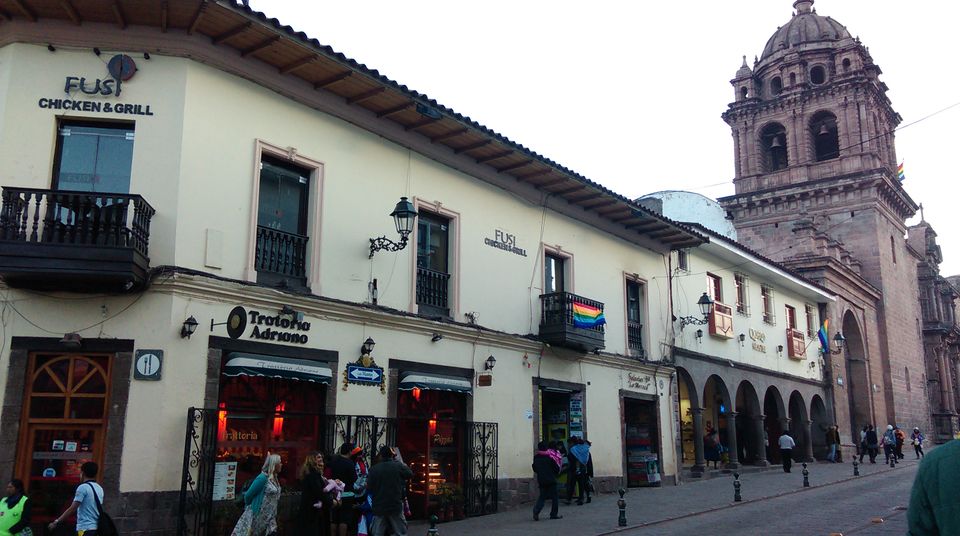 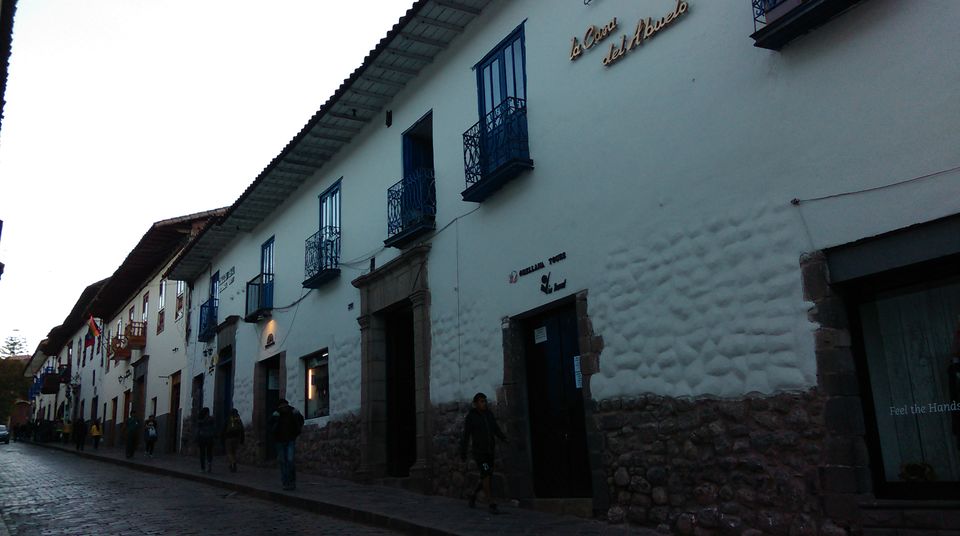 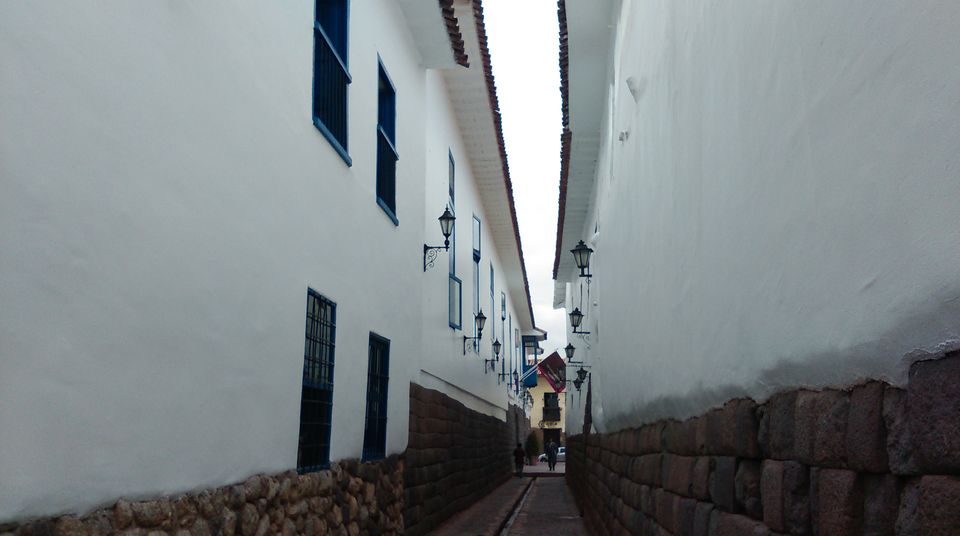 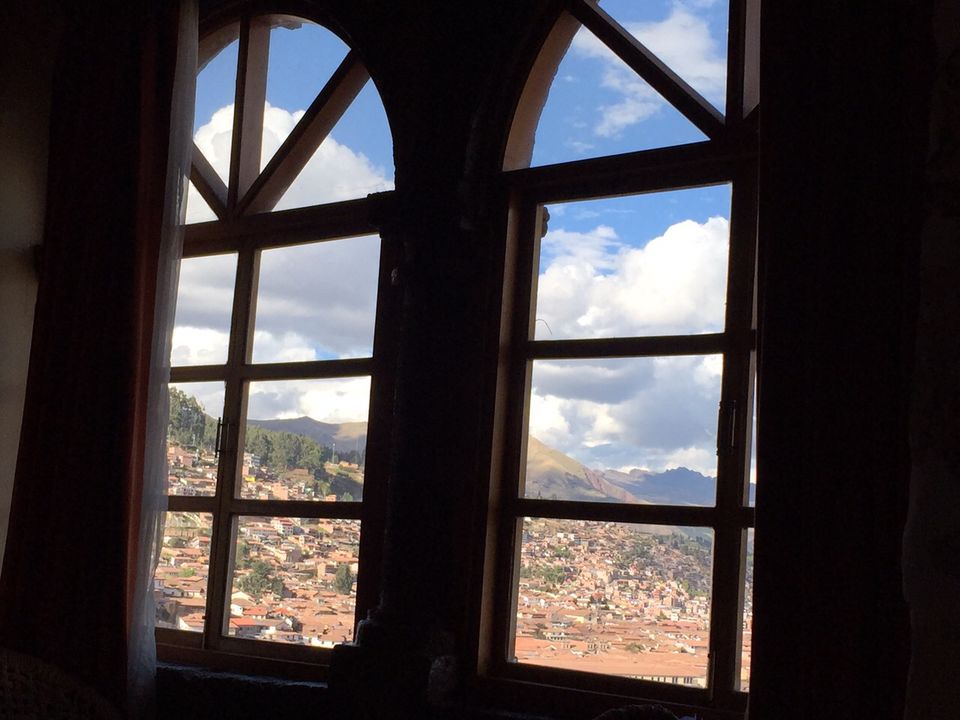 The Incas considered this city the navel of the world; the Spanish conquistadors described it as a city of gold and light. With its stone walls and cobbled streets, idyllic Cusco is an eclectic mix of Inca architecture and Spanish-Moorish colonial style. Beyond lies the Sacred Valley, the snow-capped Salcantay and the Andean highlands dotted with sleepy little hamlets. The biggest draw is, of course, the lost city of the Incas Machu Picchu.

The Incas are believed to have created the city in the shape of a puma, a shape still visible in modern aerial photographs. This fascinating topography, however, deluded me as I sat in the Peruvian airlines aircraft while it rattled, lurched and jerked forward before landing on the narrow airstrip. The air outside was cool and crisp, heralding the onset of winter in the Southern Hemisphere. The atmosphere was carnivalesque, with people dancing and milling around in the streets and live music wafting through the air. Cusco was gearing up to usher in Inti Raymi, a nine day winter solstice celebration paying homage to the Incan sun god Inti.

Our crash pad for the next couple of days was Loki Hostel, a fun yet comfortable backpackers hostel set in a beautifully restored 450 year old heritage building. With a room commanding a panoramic view of the city, a restaurant serving hearty meals and a bar that promised to rev up the happiness quotient, the hostel was one of the many highlights of the trip. It was also a great place to meet fellow backpackers and soak up myriad adventure stories over cups of mate de coca, Cusco's signature coca tea. The conversations almost always zeroed in on Machu Picchu - that faraway coveted land that had brought us together in a common cause.

Our stay at Cusco had been planned to let our bodies acclimatize to the high altitude before beginning the hike to Machu Picchu; however Cusco enamored us with a charm of its own. Its cobble-stoned roads lined with shops, restaurants and beautiful gardens oozed with history. The Plaza de Aramas, Cusco's historic town square was the perfect place to sit back and watch the rest of humanity pass by. Women in colorful traditional attire enthralled the onlookers with their graceful dance steps while masked dancers portrayed popular folklore. In the evenings, local bands brought the crowd to their feet with the magic of drums and acoustics while the night sky was set ablaze with scintillating fireworks.

A guided walking tour of Cusco revealed visible signs of its historical splendor and the amalgamation of two extraordinary cultures. The Spanish conquistadors sacked much of the city in 1535 only to build a new city over Incan foundations. Walls of meticulously cut granite and rectilinear streets dating back to the Inca times were juxtaposed with colonial arcades and Baroque churches. Two such examples of architectural fusion were the Cusco Cathedral and the Convent of Santo Domingo. The Cathedral was built on the site where the Inca palace of Viracocha once stood. The Convent was built over the foundations of the Coricancha or Temple of the Sun, the most important sanctuary dedicated to Inti or the Sun God during Inca times. Both these were built by the Spanish in the Renaissance style.

The local cuisine, likewise, was a delicious blend of European influences and Andean ingredients. The bread was flat, fresh and homemade having that straight-out-of-the-oven feel; the bacon and chorizo were cooked to perfection and the eggs had a creamy buttery texture. For the meat aficionado, there were two Andean specialties to choose from - alpaca meat and cuy or guinea pig meat. Cusco had a plethora of restaurants wooing tourists with alpaca steaks cooked on huge stone slabs and tempered with indigenous herbs and spices. The other traditional meat dish was a guinea pig for the table - the tiny mammal roasted and presented on a platter. Apart from these, there was the ubiquitous ceviche, a South American favorite made from raw fish cut into bite-sized pieces and cooked in the acidic juices of citrus fruits and local seasonings. The origins of this dish could be traced to the Incas; interestingly, the Incas preserved their fish in fruit juices, while the Spanish later introduced lime.

The Loki bar treated us to the most amazing Pisco sours, the signature drink of Peru made of pisco, lime and egg white. However, it wasn't only the robust cocktail that made us high; the beautiful land of the Incas left us in a state of intoxication with its heady cocktail of history, religion and legends. We had come to be mesmerized by Machu Picchu; that was our final destination. Cusco, by catapulting us into the ancient world of the Incas, gave us the perfect head start to our much awaited trip.

Must eat - Brunch at Cicciolina

Must explore - Sacred Valley, a day trip from Cusco

Traveller's tip - Drinking lots of water and coca tea helps the body get acclimitized to the high altitude. Drinking should be avoided on the first day and also the day before the hike.