By Wildlife For Life by SK 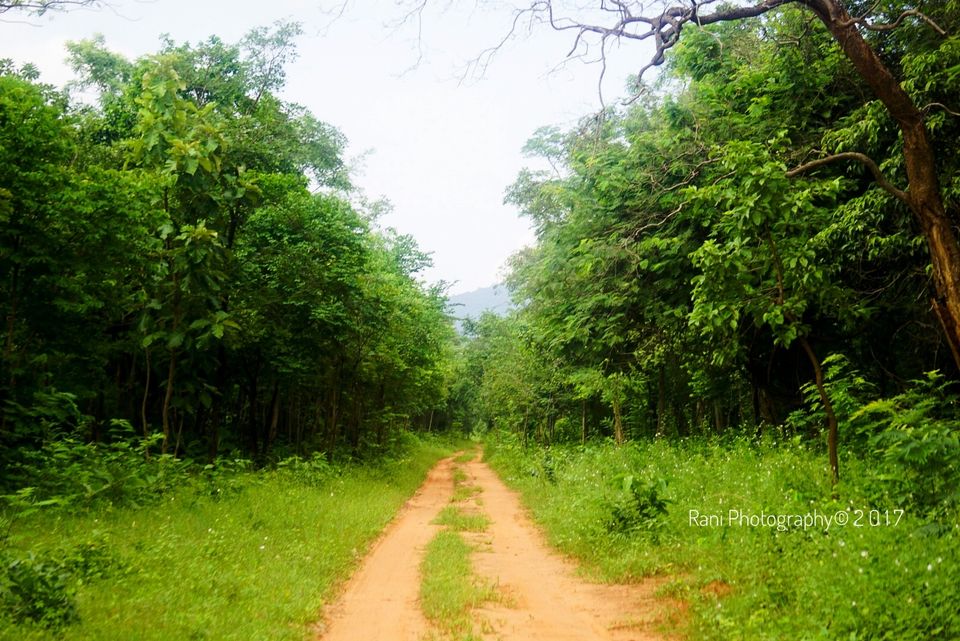 All the photos are subjected to copyrights by the respective owner

As the monsoon clouds dropped down at the Eastern Ghats a kind of wildlife excitement hit in me. I started to turn pages of my wildlife checklist, and browse through the articles that I have saved a long back in my iPad. The search made me more and more excited at the same time disappointed because of the knowledge; I have on Indian wildlife and sanctuaries.

As the monsoon clouds surge over India, a tinge of sadness hits the wildlife enthusiast. Yes, nature is in its best form during monsoon season but the wildlife sanctuaries and national parks is shut down during this time as it gets slushy due to heavy rains and the safari vehicles gets stuck in the slush. Also they give some time for the forest to rejuvenate during this season.

Let me tell you out of my personal experience of over 3 years- that monsoon is the best season for one to visit the forest. One can experience the true form of wild habitats. Yes, the gates are closed but not the forest. You can always venture into the restricted area of the forest with special permissions and of course with a great risk and many, people are not aware of this fact. This makes the sanctuaries and national parks crowded post monsoon. And this is the very reason that disappointed me.

But this did not stop me from going on a wildlife road trip. All thanks to the travel forum India-Drive, that I am in. Like minded and fellow travellers shared some more information about South Indian wildlife and then I made my plan to visit the great forest ranges that spreads over 9000 sq. km through 2 Telugu speaking states, situated in the Eastern Ghats. It's the mighty Nallamalla forests which are also known as Nallamalla hills. It's the largest tiger reserve in India named as Nagarjuna Sagar Srisailam Tiger Reserve. The total area of the tiger reserve is 1,378 sq. mi; the core area is 460 sq. mi. The temple and reservoir are the main attractions; apart from these, we have the mighty unexplored forest. 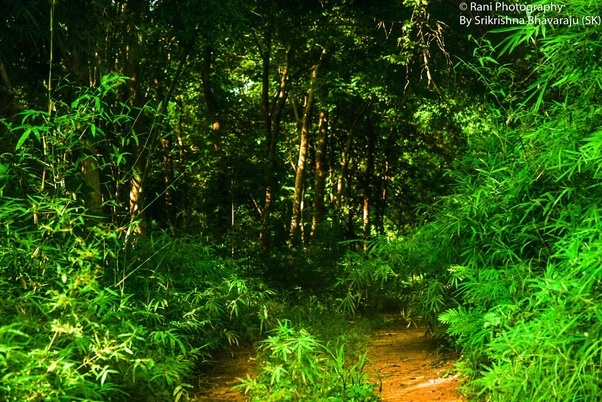 I selected this place as the wildlife trip for the year, so that it wouldn't be crowded post monsoon and forest would be peaceful. Many a time, a sure shot 'sighting' is spoiled because of a child sitting in Gypsy crying or laughing and the moment is lost forever. This is the primary reason I choose to explore this area in this season. It's just a matter of packing up my DSLR, binoculars and all the wildlife equipment. I decided that the less explored tiger reserve of India and Andhra Pradesh will be a solo trip. I mentioned Andhra Pradesh because the largest zone is spread in Andhra Pradesh and the sighting of the wild beasts is said to be high in this particular area. The previous day went on by cleaning up my DSLR and my car.

The day has arrived and I was all set to hit the highways alone and explore the less explored land of Tigers. Just a gentle push on the button and the engine roared hitting the highways. Reached bairlooty, it's the gate that I have selected to enter the forest; by afternoon I was in the Gypsy to explore the beautiful land of tigers. The day was hot, and the forest was calm with birds chirping. 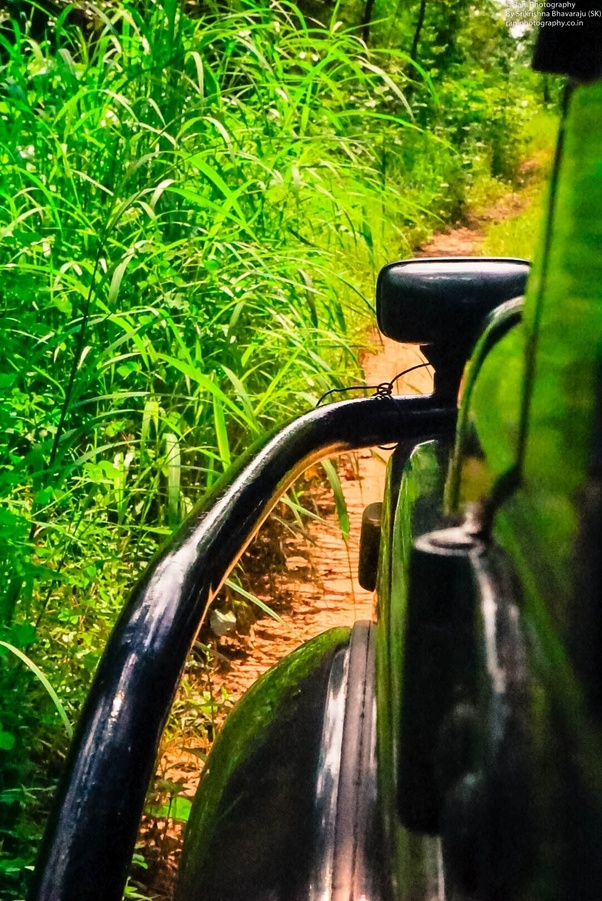 The only sound audible was the Gypsy's engine noise which was beautiful to hear when mixed up with the birds chirping. There were 3 people in the Gypsy - the Gypsy driver, local men with an axe and me. That axe made me realise, how risky the place is as we are heading towards the deep arena. Everyone in the Gypsy including the driver was very attentive to spot a beast especially a tiger. Few minutes and few kilometres inside the deep thick forest, our Gypsy broke down due to radiator problem. The driver and me, tried to rectify the issue but our efforts were in vain. We had to wait for one hour at the buffer zone for another Gypsy to arrive. The two local men were very attentive because they knew the dangers at the place and I was watchful too, but to try my luck spotting a tiger. 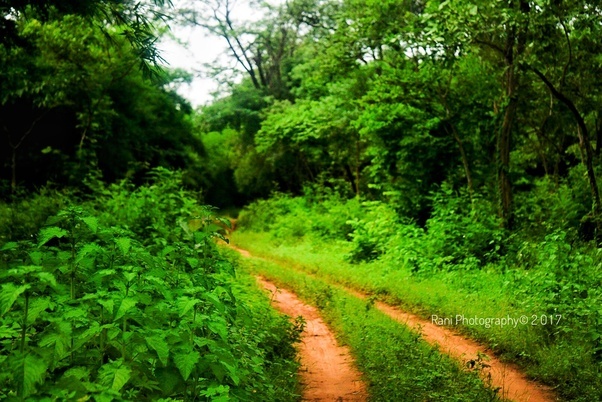 I knew how difficult it is to spot a tiger post monsoon because of the over grown flora. Still I tried my luck because the place where, I stopped was a buffer zone. For a wildlife enthusiast a beautiful, loud, deep 'Awmmm' of a tiger growl is a very big achievement and I am no exception. The buffer zone is an area where the spotting of beasts, are higher than any season. Tigers, Cheetahs, and Bears generally come there in the evening for water and food. It's a hunting zone for them. We started at 4.30 in the evening after a 1 hour halt. I spotted few female Sambars which were in groups camouflaged in the bushes. With a great difficulty I managed to get a picture. The Sambar is a large deer native to the Indian sub continent, southern China, and Southeast Asia that is listed as vulnerable on the IUCN Red list since 2008. 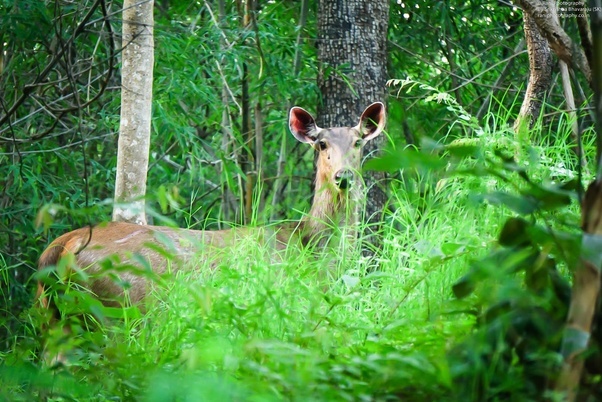 After finishing the beautiful safari I reached my guest house which is located in the middle of the forest. I sipped my tea and had some snacks and a discussion with the FRO about wildlife and the tigers.

For most who think tiger as a dangerous animal, I have a word for them. Tigers are wild animals that eat meat but not human meat always. Tigers only eat human meat after aging and the young tigers never eat human meat. In some cases tigers like the T24 also known as Ustad are known for hunting humans, kill them in fearful manner and eat them dragging on to the roads. They are commonly found in Sundarbans while T24 is found in Ranthambore. Tigers seldom kill humans but in Sundarbans it's different. The tigers enter into the boat, drag humans and eat them; this might be because of the saline water they drink. This is suggested by a German biologist Hubert Hendrichs. Any way this is a different topic all together and I will be explaining about this in my next article.

It was a three days trip which passed off with the same safari spotting Sambars and spotted Deers. The experience was altogether a different one. I have been to - quite a good number of wildlife sanctuaries but none were this calm. It's truly a memorable day for me. Could not spot a tiger but found a beautiful place and explored the unexplored. I also tried my luck the last day on foot going almost 3kms inside the forests but couldn't spot any. Then, I decided to leave, thinking the forest has something for me to show in my next visit and started my journey back home.