When Visiting Russia Doesn'T Give A Dent In Your Pocket

When visiting Russia doesn't give a dent in your pocket

Travelling has always enticed me. It has helped me explore the inner self. Explore new places, new people, knowing their traditions and culture. Knowing their lifestyle. Most importantly exploring new cuisines. When you’re a foodie and you’re flexible in your eating habits, you can survive and travel anywhere in the world.

Be it exploring the street food in Nyhavn Street in Copenhagen, Denmark or having a special Norwegian Pizza in Geilo. Having a beer on road side restaurants in Budapest to doing a pub hopping in St. Petersburg, Russia. There are various things to explore and discover in these various places.

After travelling to 18 countries and almost 50 cities, I’ve decided to write my very own blog and my first blog being Russia.

“A riddle wrapped in a mystery inside an enigma” – this excerpt from a quote by Winston Churchill about Russia could not have summed up this fascinating nation more aptly.

Russia is a mystery indeed; a conundrum of sorts. It’s perhaps this quality of being mysterious that intrigues people from all over the world to visit the largest country in the world.

I personally chose to visit Russia for several reasons. First being, rubles was at an all-time low.

Not only is it extremely beautiful, it is also much more affordable than many western European cities.

In total, we spent around INR 70,000 per person and this is inclusive of the fact that we stayed in a 4 Star Hotel and for 8 Days.

With this blog, I’m taking you to Moscow first, the enchanting capital of Russia. You will be charmed, for sure, just like I was. After spending a week or so there, I have to say that Moscow is definitely worth visiting! I’ve visited several cities over the past few years. Out of all of them, I would consider Moscow was one of the top few.

The sea of non-English speaking denizens of Moscow includes the poor and needy, as well as those who account for the world’s highest sale of Mercedes-Benz. Such is Moscow; the city of many contrasts.

To roam around the city there’s a Taxi app called Yandex which works just like Ola/Uber and it’s quite cheap.

The Kremlin and the Red Square

The Kremlin and the Red Square, two of the most famous and momentous sites of Moscow are located right next to each other. The Moscow Kremlin is a massive complex in the heart of the city that includes four palaces and four cathedrals and it’s also the official residence of the President of the Russian Federation. Not to be missed at the Kremlin is the Kremlin Armoury Museum, the oldest museum in Moscow and also home to ten beautiful Faberge eggs in addition to Russian Imperial regalia and treasures of gold and silver.

Saint Basil’s Cathedral is perhaps the most well-known and well-recognised icon of Russia. The magnificent structure, the splendid colours and the fascinating shapes and patterns are every bit glorious as they are in all the pictures we’ve seen over the years. See it yourself to believe it.

For all you history buffs out there, paying a visit to Lenin’s Mausoleum (or Lenin’s Tomb) and the Russian History Museum would make for an interesting experience. While I am no history buff but couldn’t give these spots a miss! Also worth a visit is the GUM Departmental Store, the oldest in Russia and now an impressively constructed shopping mall.

When I stepped inside one of the metro stations in Moscow, I got a feeling of being inside a museum or some sort of grand palace adorned with crystal chandeliers, Murano and cut glass and fascinating murals. With their fine architecture, interiors and sheer magnificence, the metro stations of Moscow are perhaps the most beautiful in the world.  One of the highlights of my trip was the metro tour, a great way to visit different stations in the city and to learn what went behind constructing them. Did you know: the Park Pobedy metro station, 84 metres, is one of the deepest stations in the world. Also at this station is the longest escalator at 126 metres. When I stood at the bottom of the escalator, I couldn’t see the top!

For a ‘sparrow’ eye view of Moscow, go up to Sparrow Hill also called Lenin Hills. Located on the right bank of Moskva River, Sparrow Hill is one of the highest points in Moscow and offers spectacular, panoramic views of the entire city.

Russia’s most famous shopping mall is the GUM which has a rich history since the building was first constructed in 1812.

GUM was used as a trading centre till 1928 where it was closed by Stalin, who decided to use the building as the headquarters for officials working on the first Five Year Plan.

GUM was reopened in 1953 and after privatization in the early 90s, it rapidly became the address of choice for top-end Western retailers.

Since the fall of communism, several other shopping centers and hypermarkets have sprung up to rival it in prestige, but GUM retains its status as the top shopping destination in Moscow.

In the Soviet Union, the top floor was home to Section 100, a secret clothing store only open to the highest echelons of the party. These days, the rows of exclusive boutiques are accessible to anyone with a platinum card.

Cathedral of Christ the Savior

Cathedral of Christ the Saviour is is a famous Orthodox cathedral in central Moscow. It is also my second favourite church in Europe. The first being Duomo Di Milano. If you get on to the bridge in front of the church, you’d also get to enjoy an amazing view of the Kremlin.

Arbat Street stretches over 1km long in the centre of historic Moscow. This street has everything from food to shopping to buskers to its vibrant personality. Arbat has Russian fast-food chain Teremok here as well as independent cafes and bars such as Cinderella, serving quirky snacks like quiche and excellent pours on the vodka and wine.

If you’re going to visit a park in Moscow then Gorky Park will be the first you’ll hear about. Perfect for a city escape, Gorky Park has had some changes in recent years. Originally created for use in 1928, since 2011 it’s had a major revamp. There are now children workshop centres, open-air cinemas, cycle tours, contemporary art, free WIFI and more. During the winter it’s home to Europe’s largest ice rink.

For gardens in Moscow, Alexander Gardens is the place to start. Despite been situated beside the western part of the Kremlin wall, it’s a wonderful place disconnect, especially in summer.

Ostankinskaya TV tower is the 8th tallest building in the world and the highest building in Europe!
You can also visit a revolving restaurant inside the tower which turns on its axis twice every 40 minutes so diners get the full panoramic view of Moscow. You can dine there only with a prior purchased entrance ticket. The TV tower is open every day from 10 a.m. to 10 p.m. The price varies depending on which deck you want to visit (open or closed), the time of the visit and your age. It will generally be between 600 RUB to 1500 RUB.

The history of Russia and its capital, Moscow, is very closely related to space exploration. In this post I will show you a tour along the different museums, monuments, hotels and streets of Moscow dedicated to the space age and its heroes, the cosmonauts.
Moscow’s planetarium has two star halls and a 4D cinema. It also has some exhibitions, such as the interactive Lunarium and the Urania museum. Some of the attractions are not open year-round, so be sure to check the planetarium’s calendar before planning your visit.

There is no denying it, traveling in Saint Petersburg for me was like traveling in western European cities with all the unique historical values and developed infrastructure but at half the price of that in the west. If you are looking for a tourist-friendly, familiar but unique enough to entice your wanderlust destination, Saint Petersburg should be on the list.

I spent a 3 days in Saint Petersburg during Autumn and I have decided to compile a list of things to do in this city compressed in a more vacation-friendly timeline. Within this city guide, you will find out when is the best time to go, affordable accommodation, ways to around and a list of fun things for you to do in this wonderful city.

The Winter Palace And The Palace Square

The winter palace is another beautiful landmark you have to see in Saint Petersburg. Its unique green/white color combination and its perfect symmetry make the exterior quite a sight to behold. To make this place even better, the inside of the palace is the Hermitage museum.

The Hermitage Museum houses one of the most prestigious and largest art collection in the world. Even if you are not interested in the art, the museum do house temporary exhibition for you to learn about the history of Russia. When I was there, the October Revolution exhibition was on display. It was interesting to see how the revolution played a big role of transforming Russia to what it is today.

Peterhof is a summer palace located outside of Saint Petersburg. The palace consists of a series of palaces, gardens and the Grand Cascade which the place is known for. If you are here during the summer, check out the big fountains at the Grand Cascade. Keep in mind that the fountains are only operational from May to September so time your visit accordingly.

Ulitsa Lomonosova street in St. Petersburg is the one if you want to enjoy the Russian Nighlife. From Pubs to Karaoke clubs to even a Strip club. You will find it all.

The rate for a normal Pubs would be around 300 – 400 rubles for 2 people and the entry pass for a Gentleman’s club would be 2000 Rubles per person.

For more information you can drop me a text on my Instagram profile –
http://www.instagram.com/prithhvi__

Or mail me at prithvishah47@gmail.com 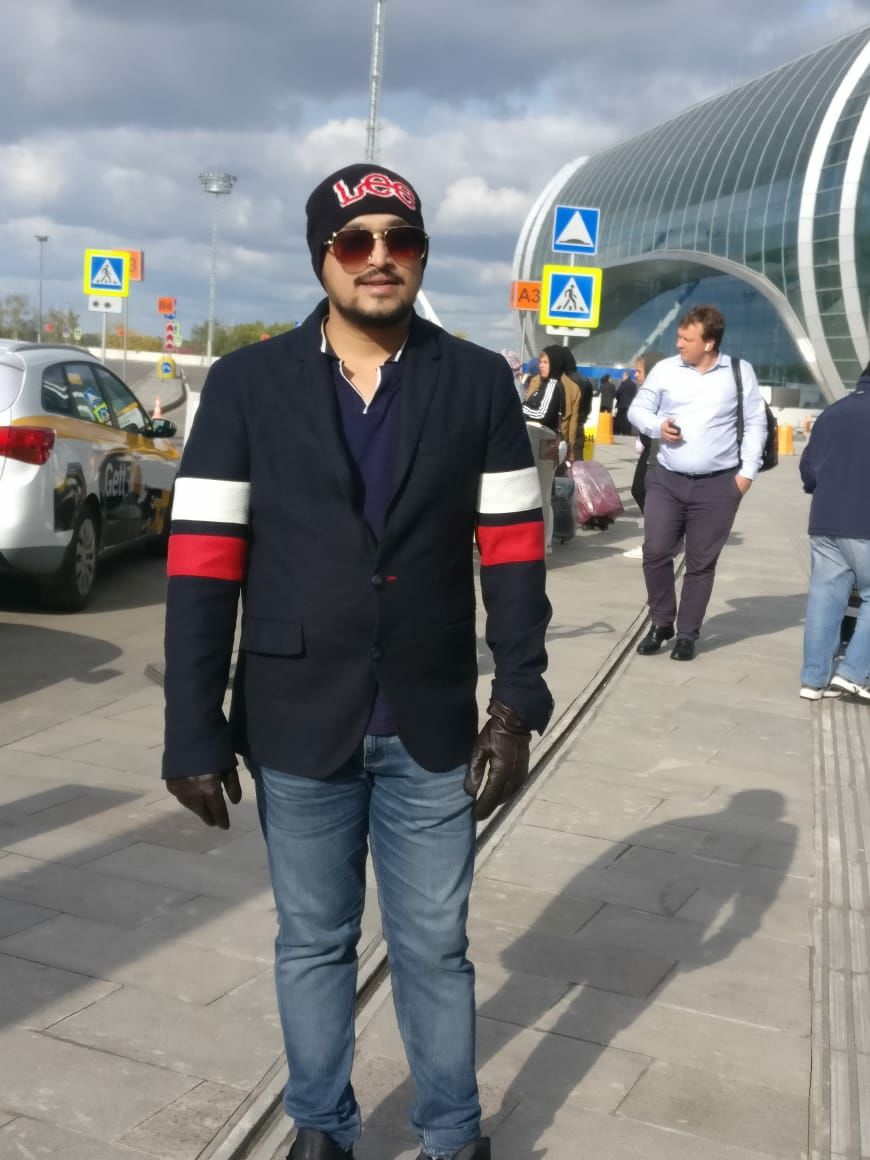 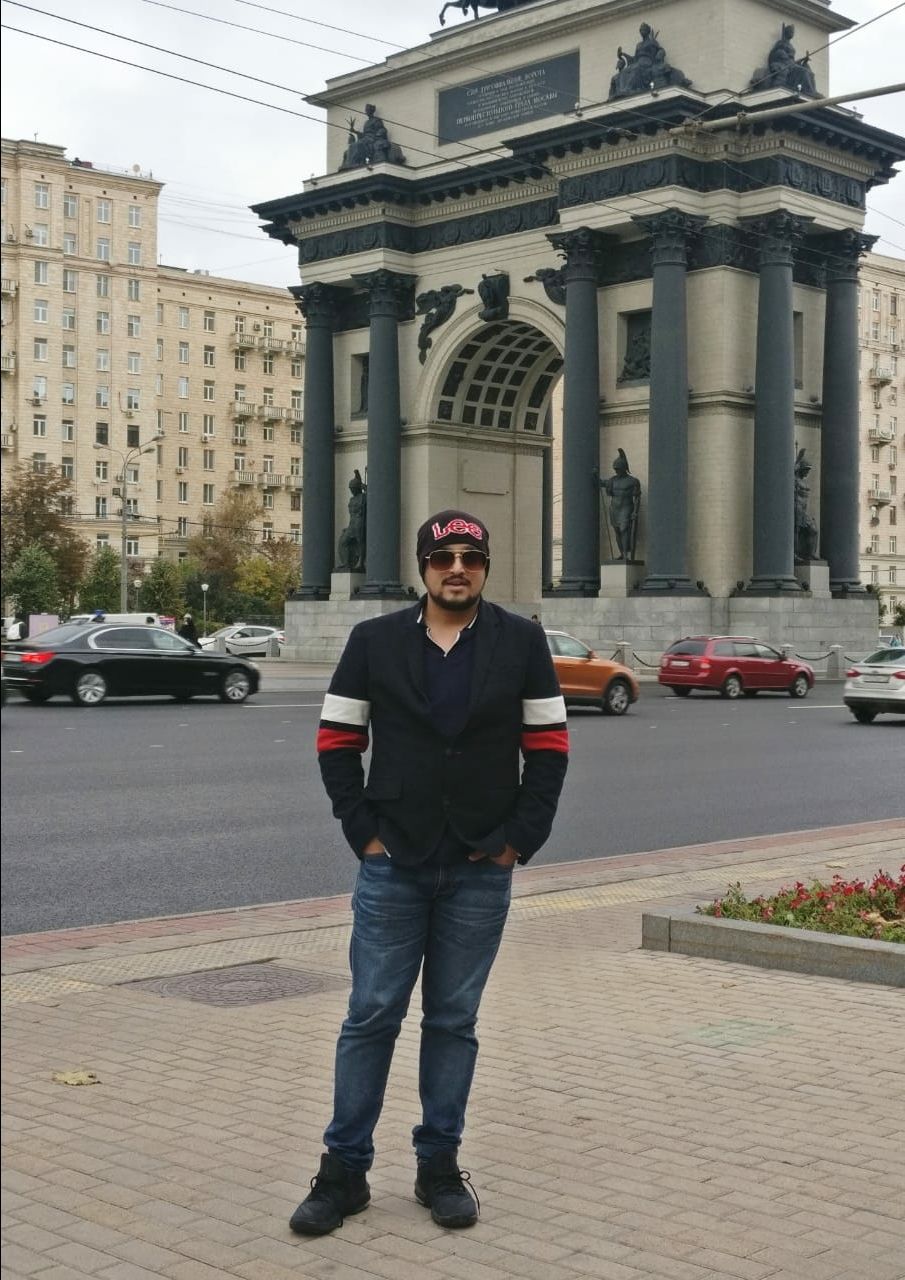 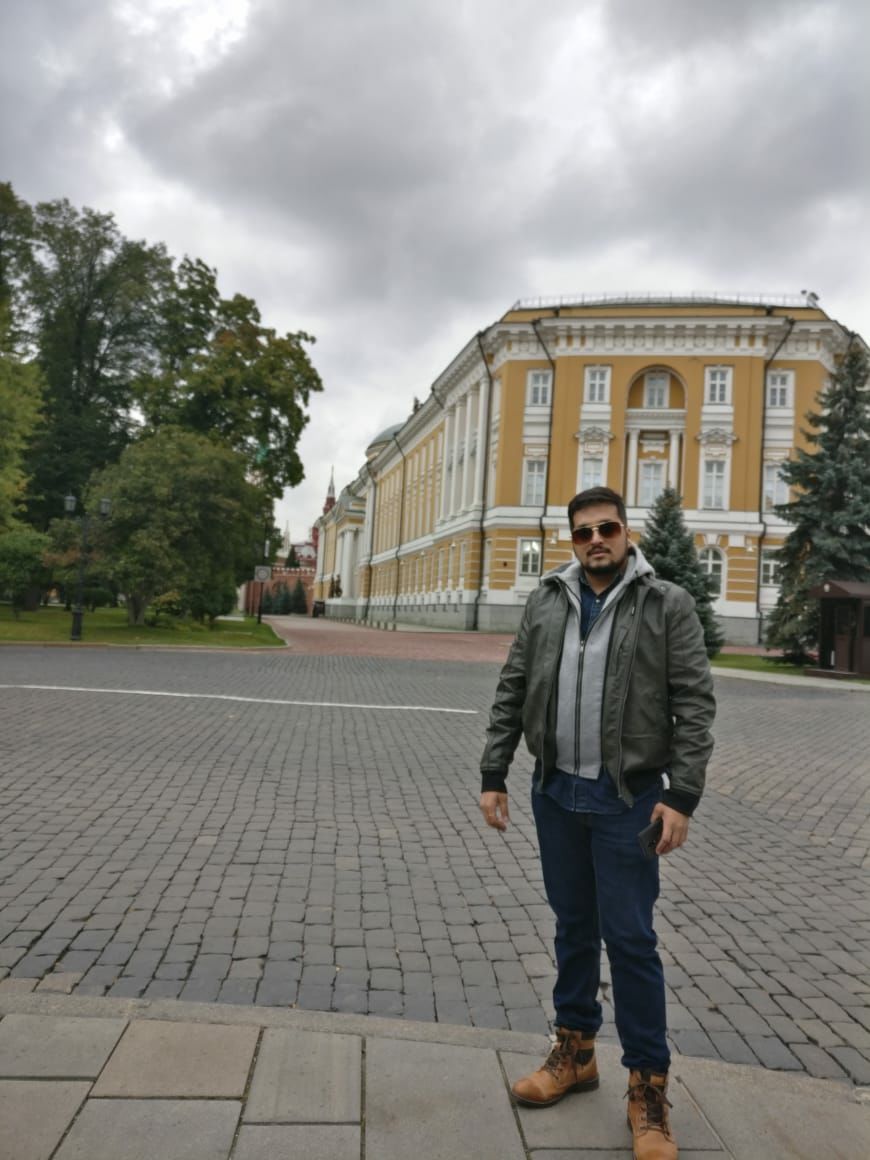 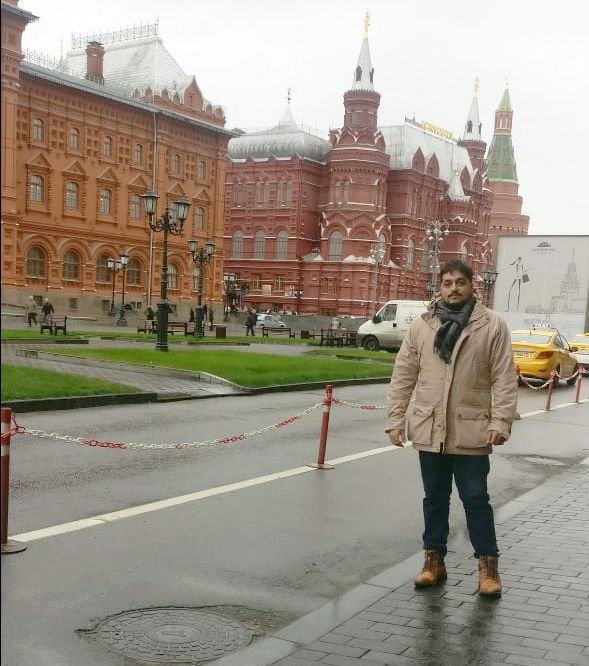 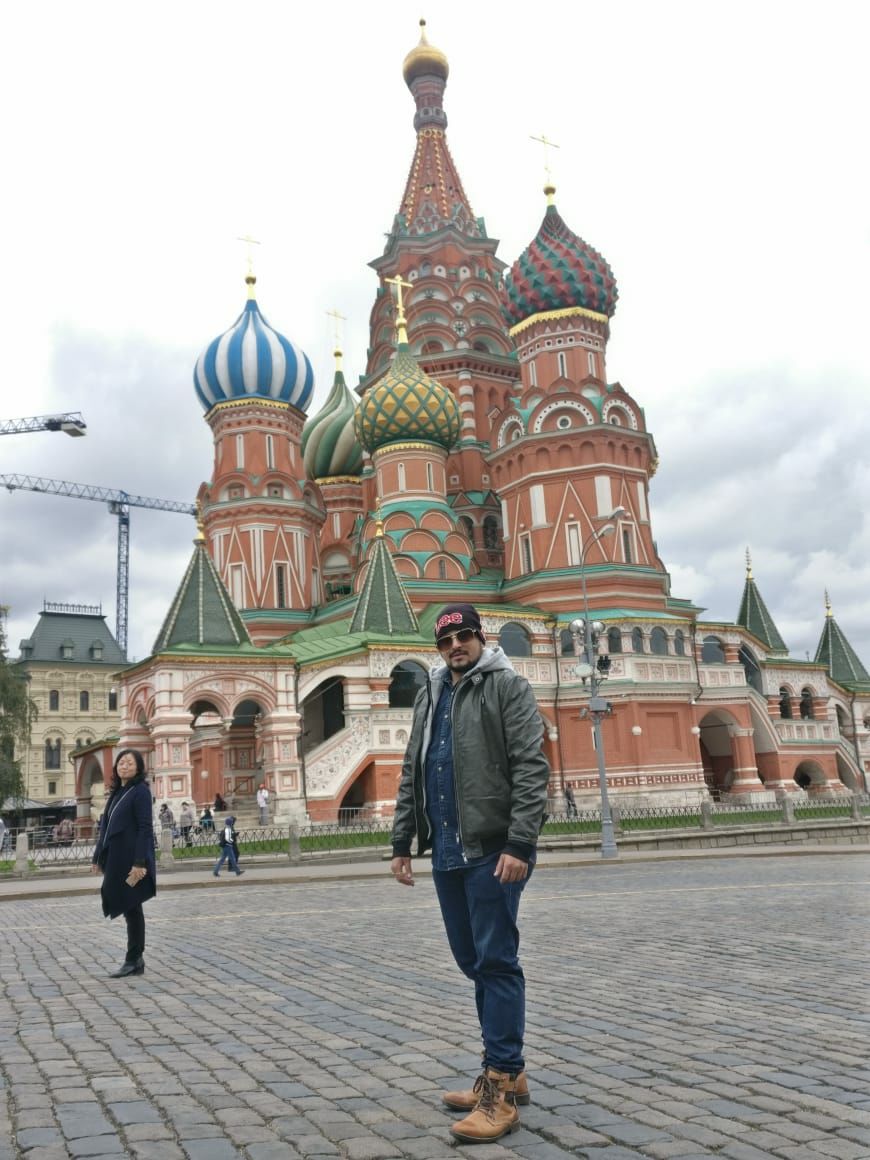 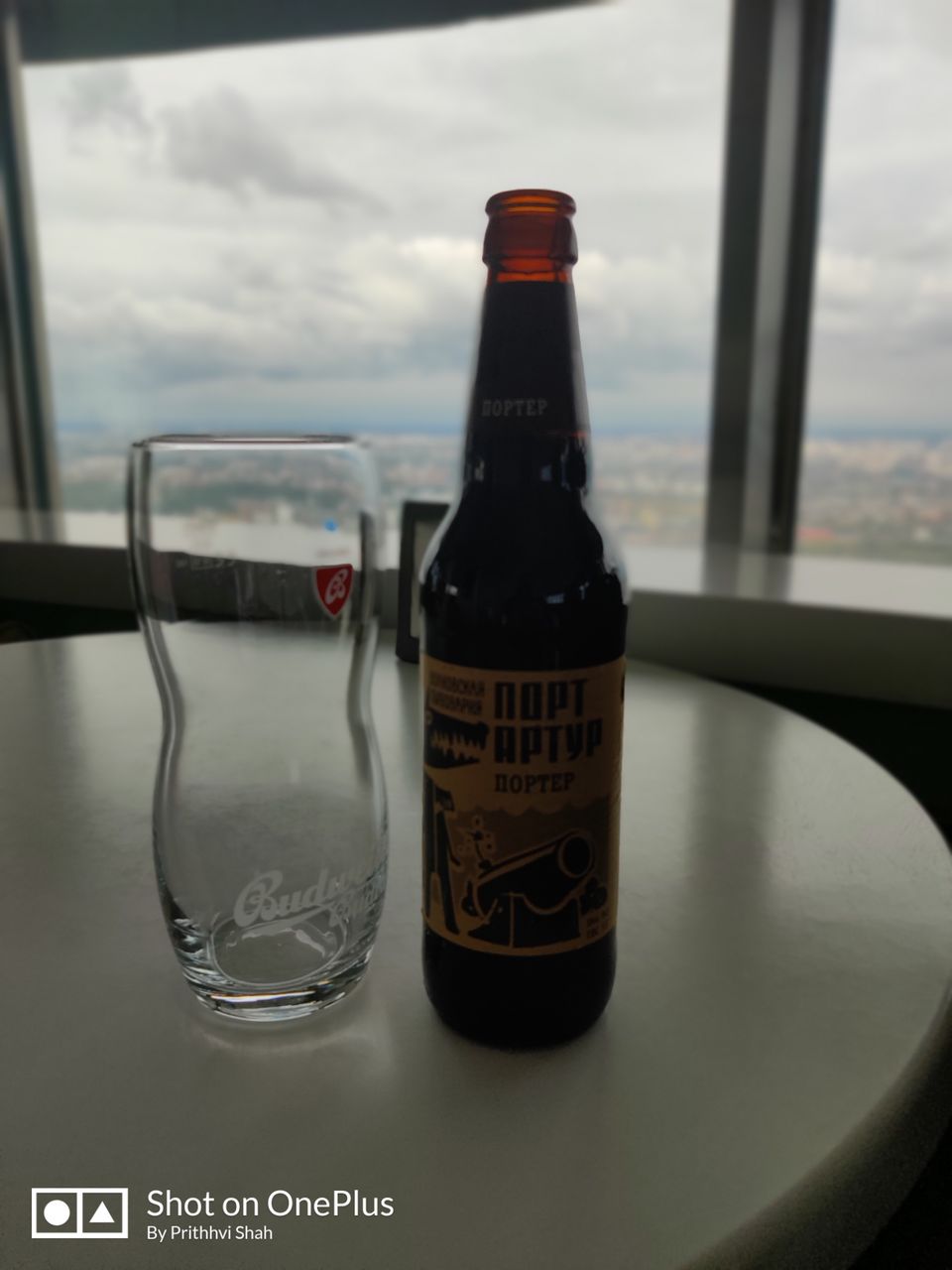 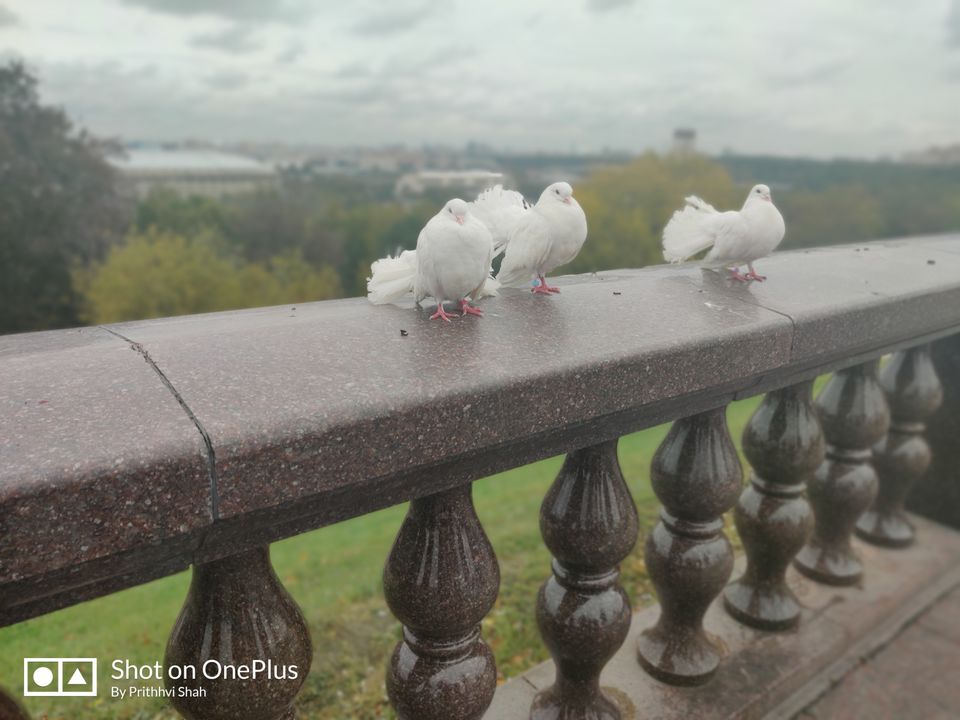 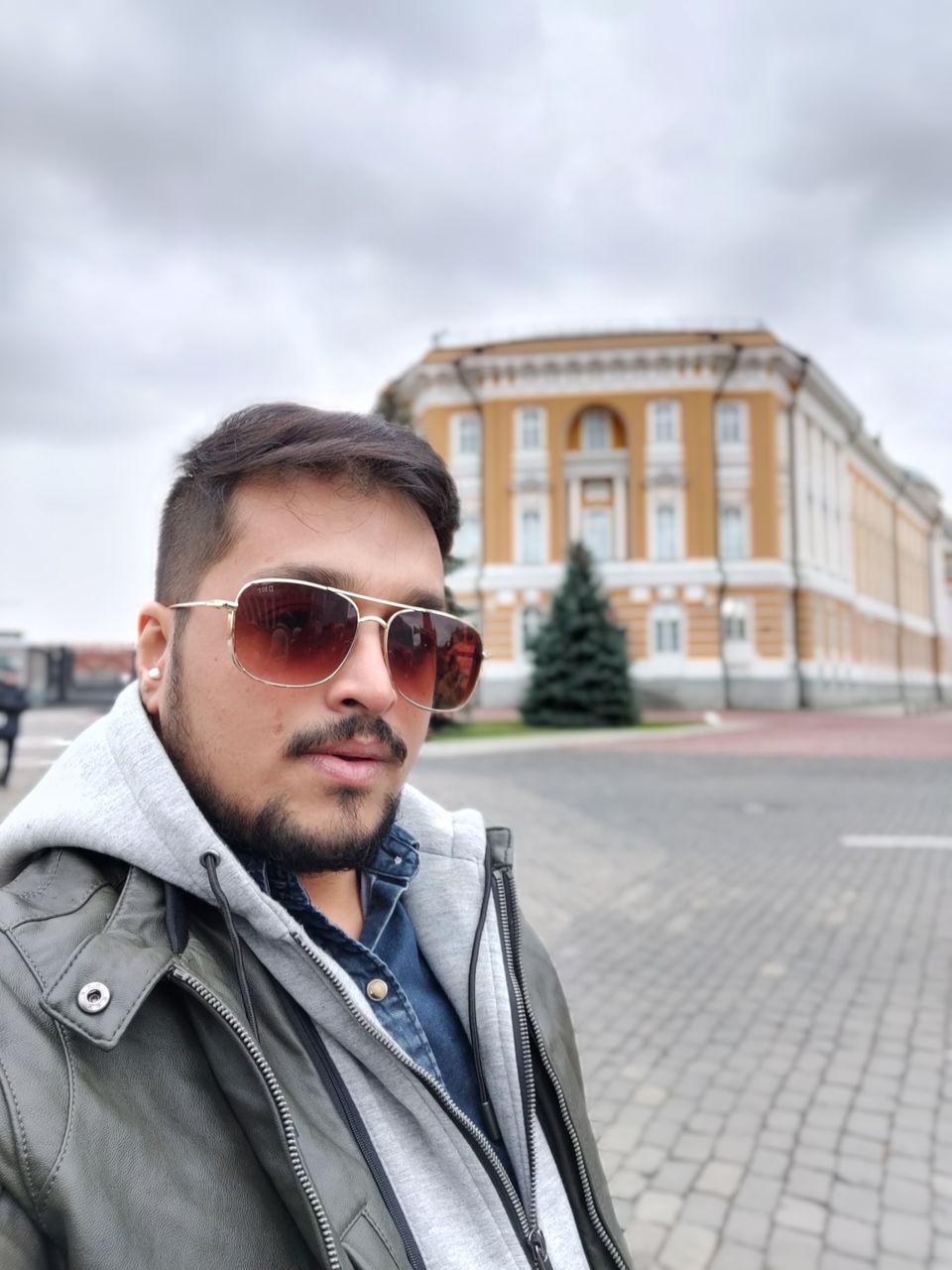 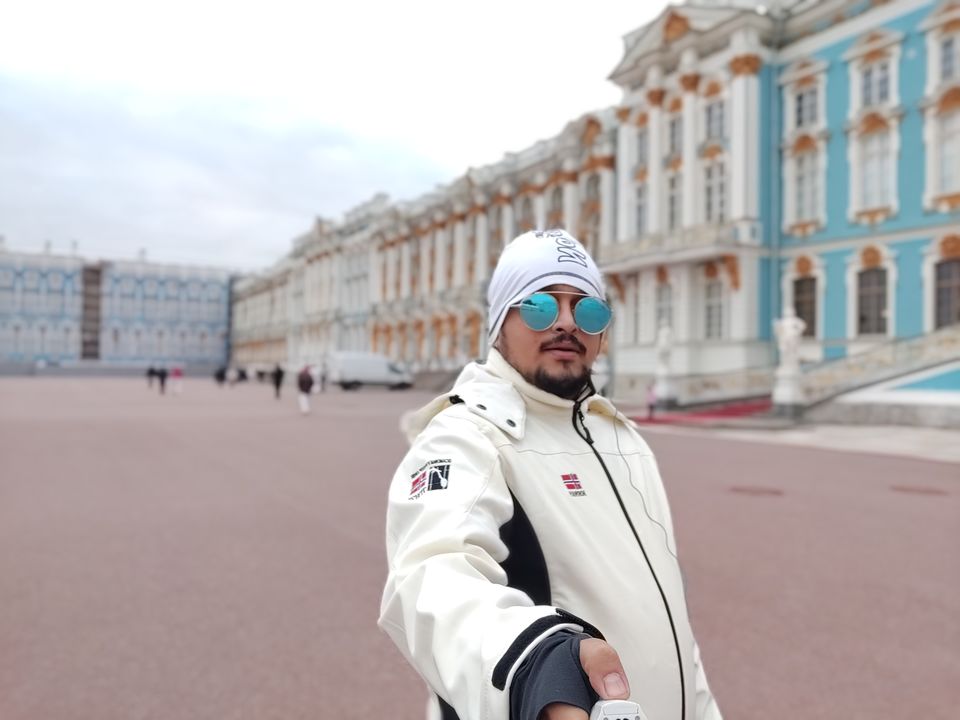 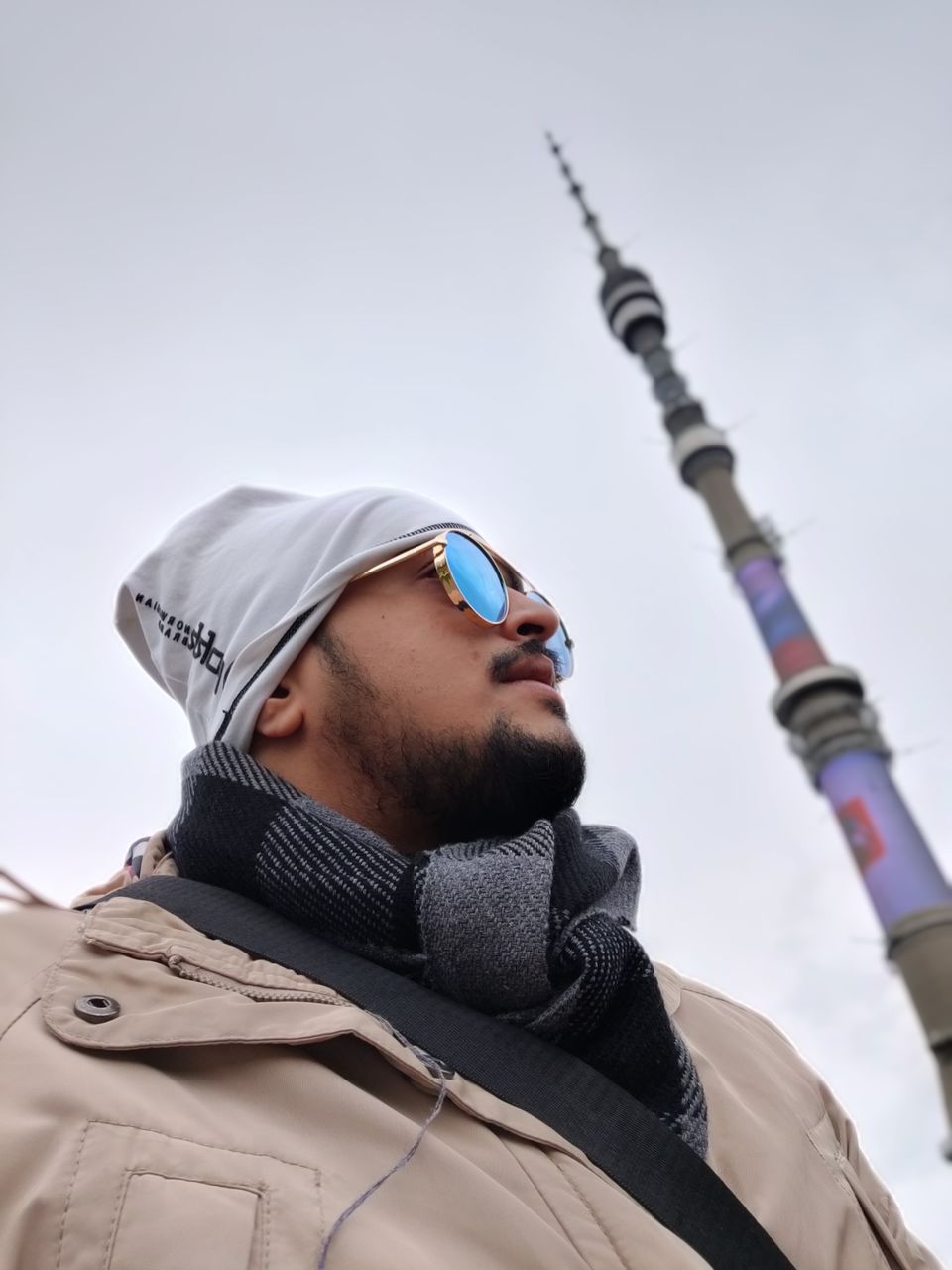 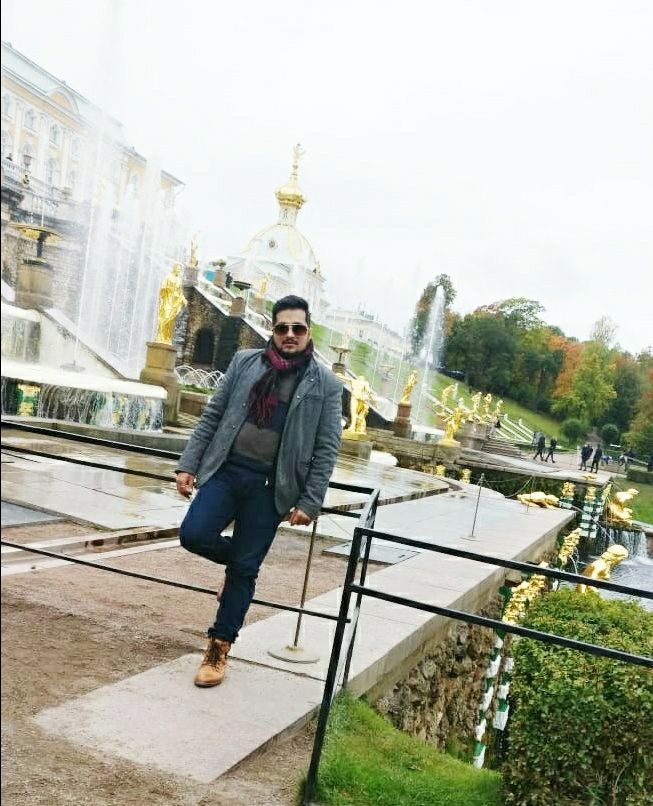 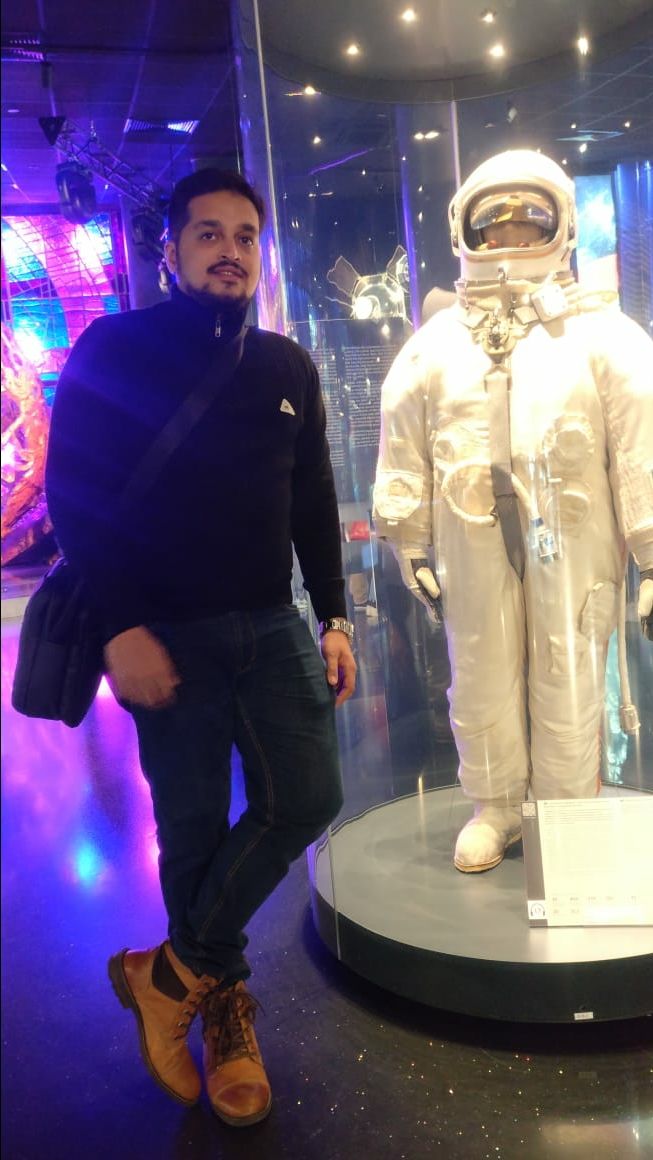 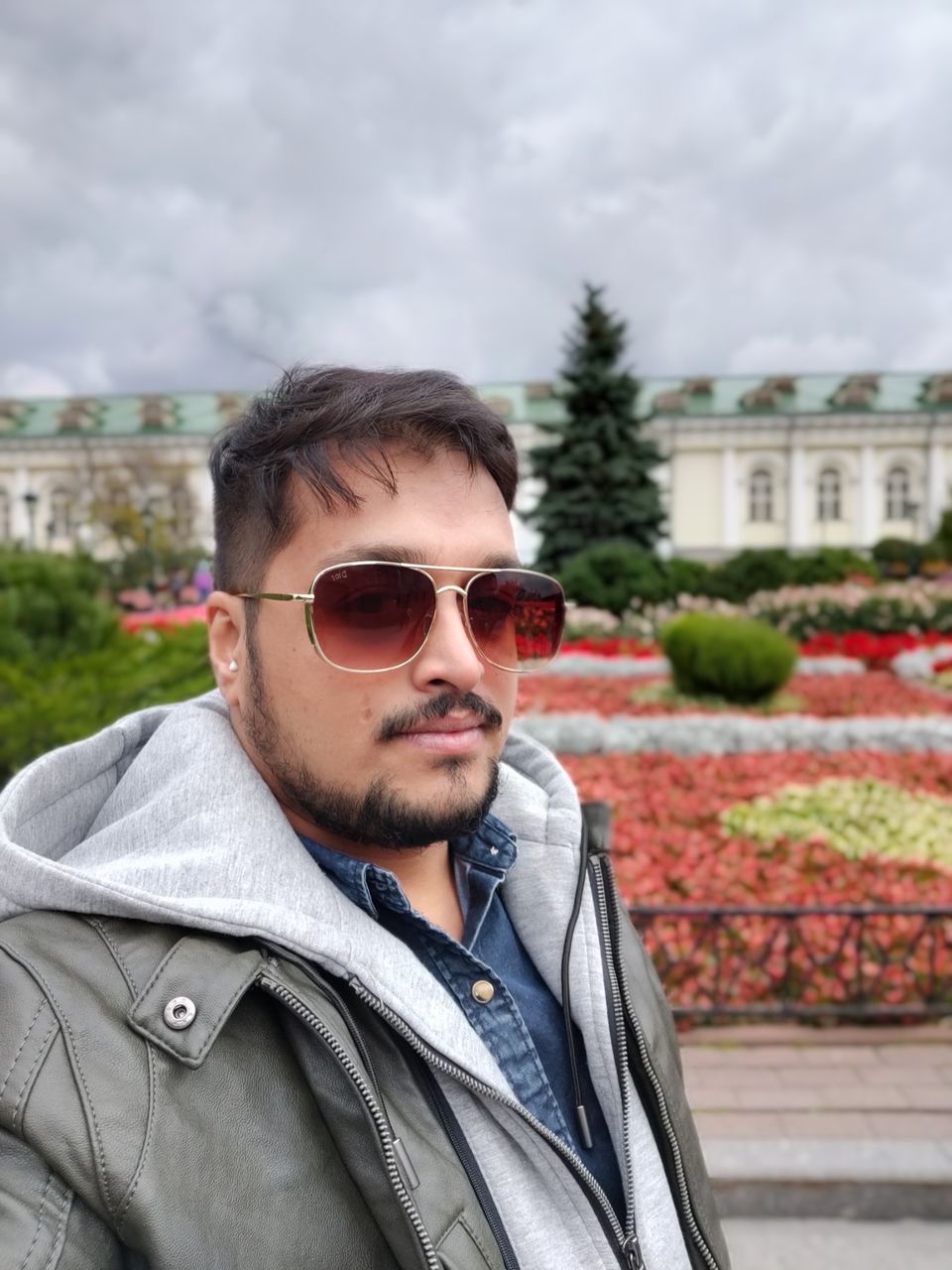 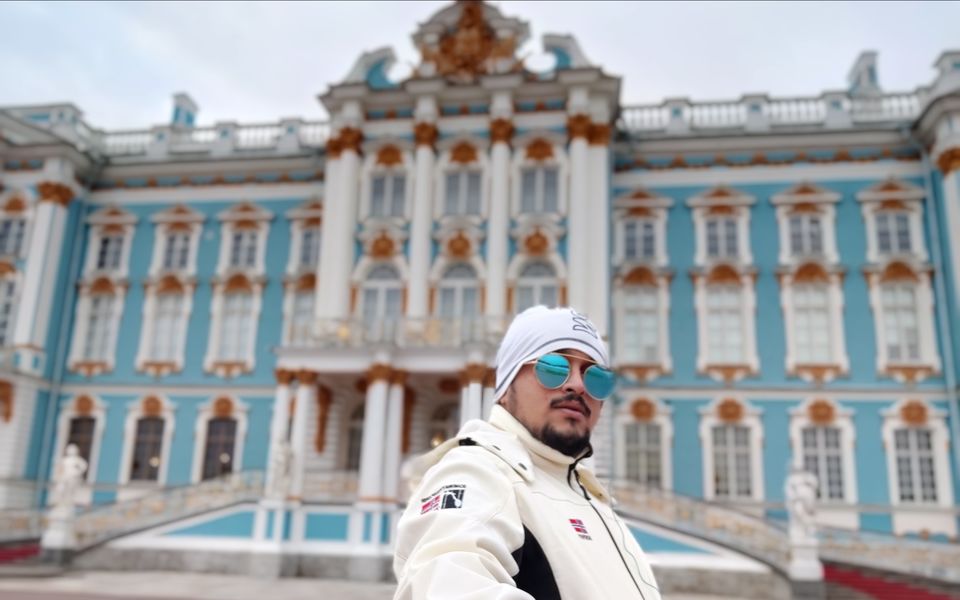 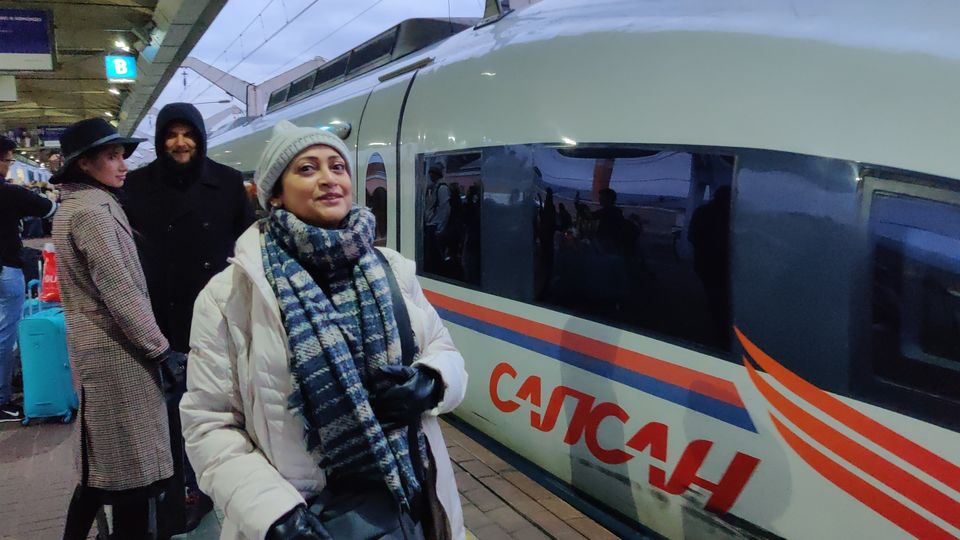 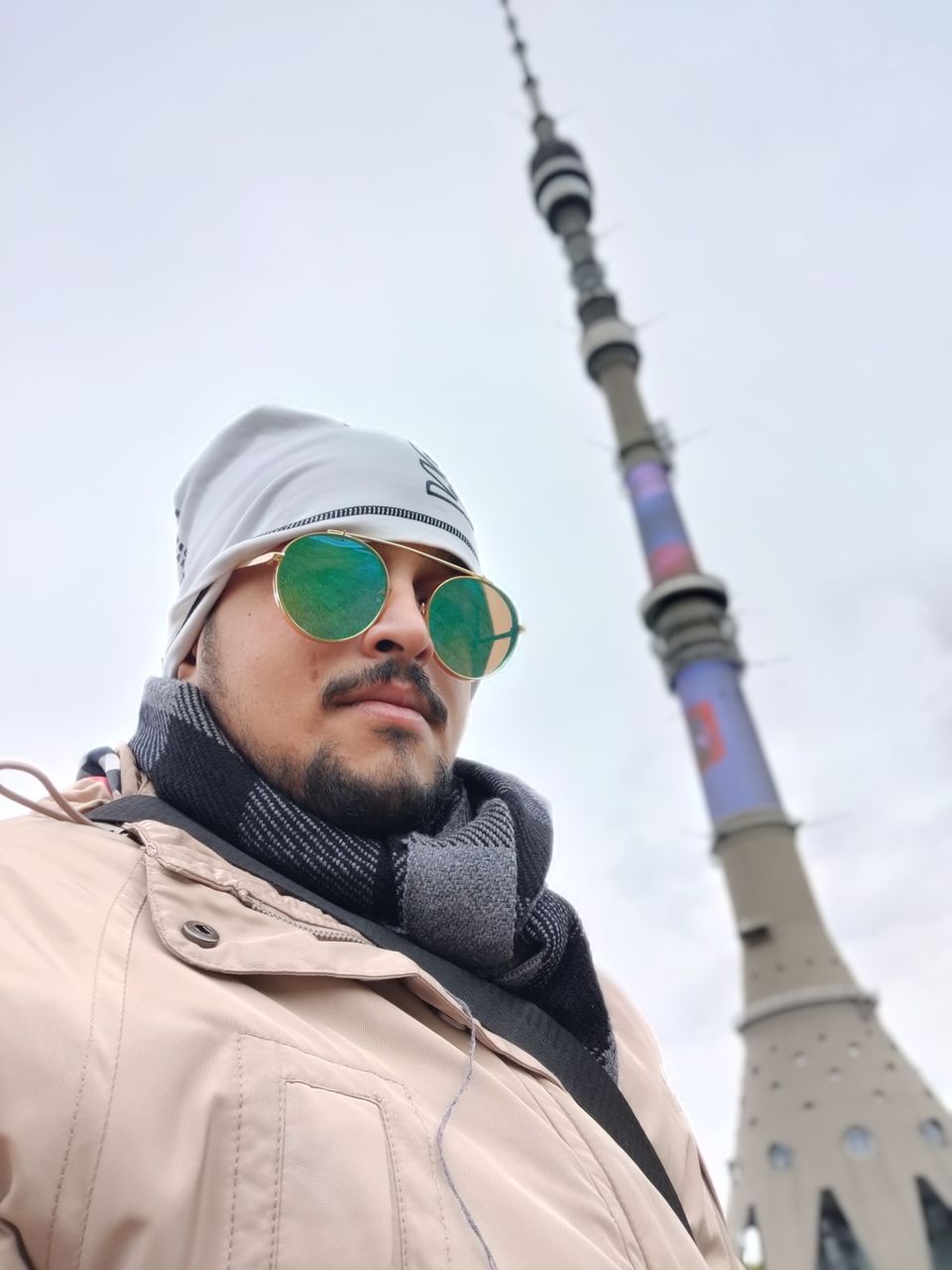 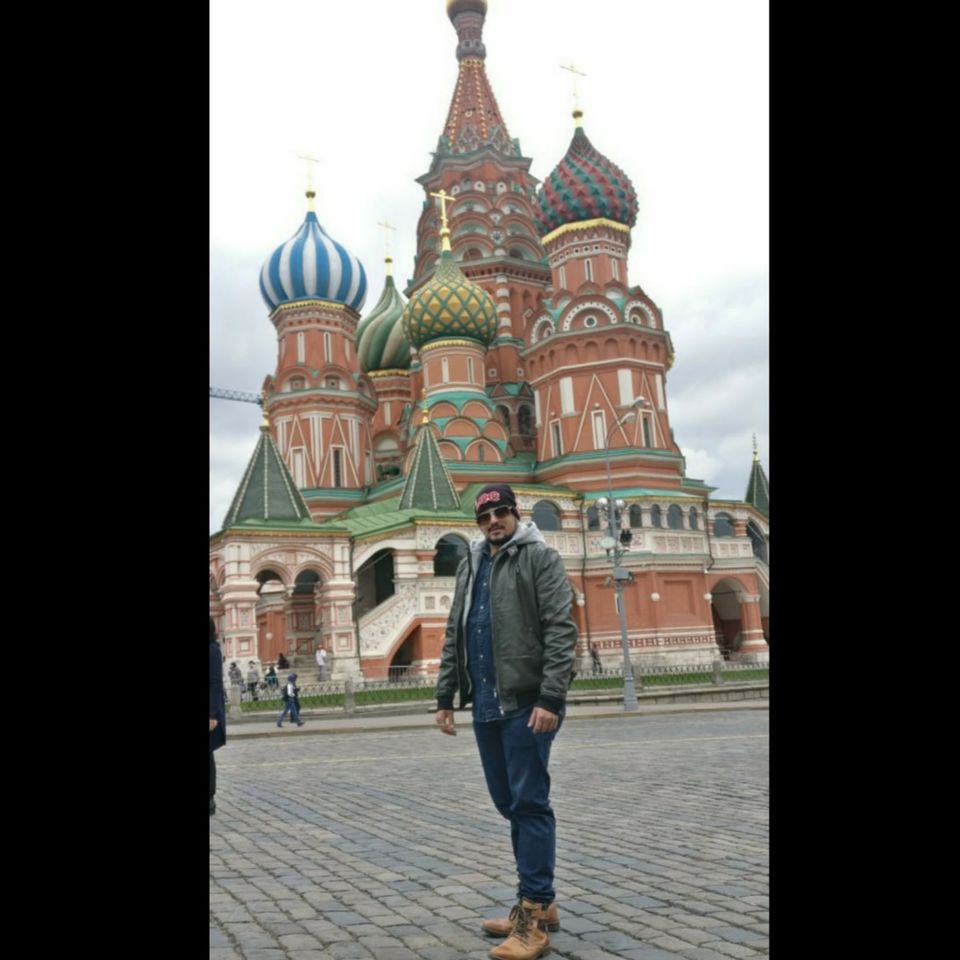 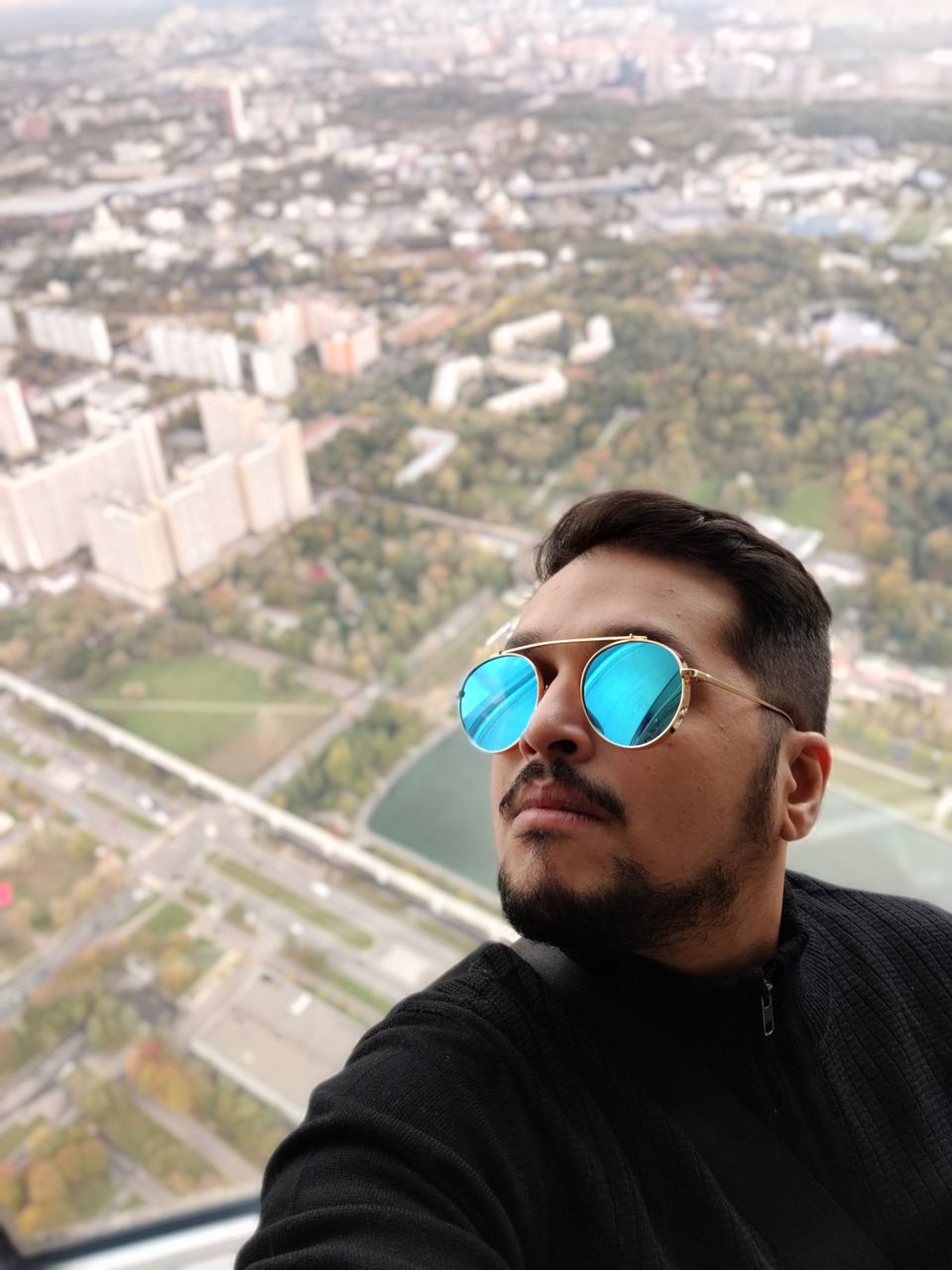 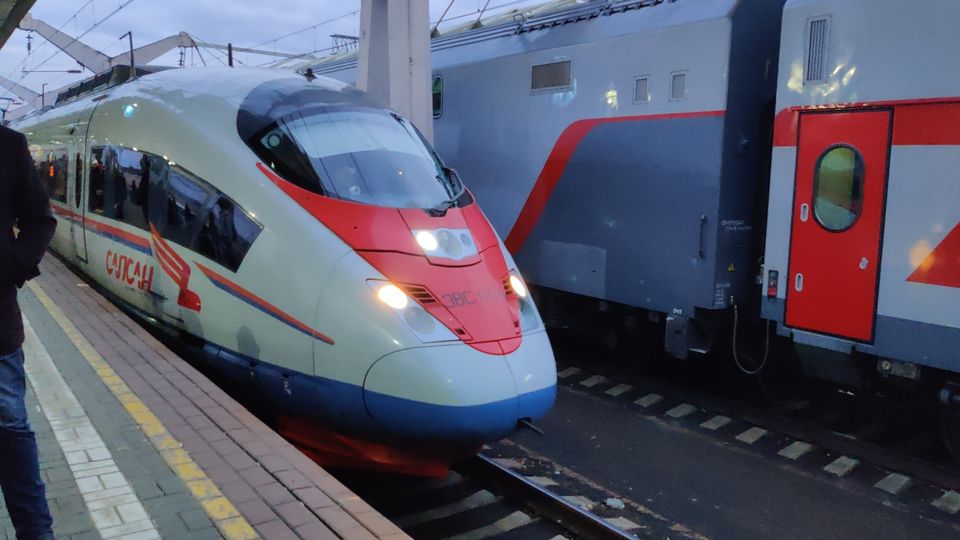