Sanchi- The Buddist town near Bhopal 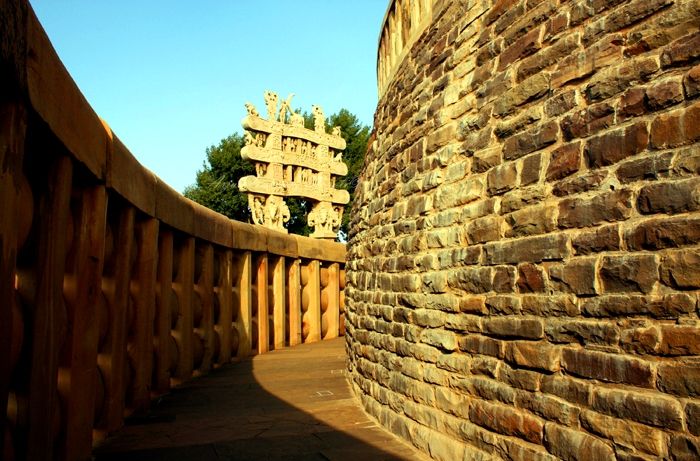 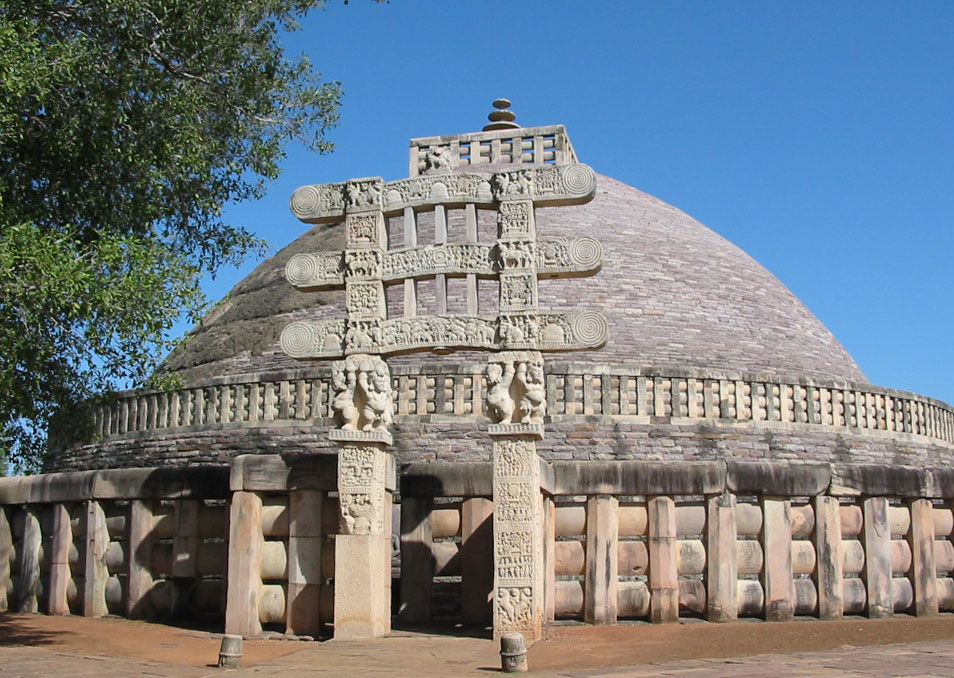 Went to my home town of Bhopal last month during the Diwali holidays. The winter had come in by then and there was surely a nip in the air. I visited couple of neighboring towns of Ujjain and Indore. I also revisited the buddhist town of Sanchi after long. A small place in Madhya Pradesh, central India, Sanchi occupies a big space in the history of Buddhism. Located on the hilltop, Sanchi is full with archaeological and historical significance, mostly related to the spread of Buddhism.

Sanchi holds an important place in history.It is famous throughout the world for its stupas, monasteries, temples and pillars, which dates back to the 3rd century BCE to the 12th century BCE. Built on the top of a hill, these stupas contains relics, mostly of the Buddha’s disciples.

Sanchi built in and around 283 BCE by Ashoka, the famous Indian emperor who converted to Buddhism. The second largest stupa in India after that of Amravati, the Sanchi stupa is surrounded by a railing with four carved gateways facing towards all four directions. The entire stupa comprises symbolic representation of the gifts of nature as if explaining the Buddhist doctrine by reflecting the people’s love for the nature. The use of lotus in stupa symbolises the rise of people from the mud of materialism to the reality and spirituality of life. Similarly, the female tree spirits depicted in the gateways are symbols of fertility.

An interesting thing I came to know about this places was that a Chunar sandstone pillar fragment near one of the stupas carries the famous edict of Ashoka warning against schism in the Buddhist community. The Stupa  was found empty, while relics of the two disciples of Buddha enshrined in the adjacent Stupa  were carried away to England. The nearby modern temple has a reliquary containing the remains of a Buddhist teacher from another Stupa outside Sanchi.

One can spend the day among the stupas, The Four gateways ( considered as the best Buddhist expression in the world. These gateways are covered with wonderful architectural carvings and depicts the stories related to the Buddha’s life.), The Ashoka pillar- which contains four lions like that of Sarnath is an excellent example of the Greco-Buddhist style and is also known for its exquisite construction and perfect structural balance.

Sanchi remains a good day trip place from Bhopal and a must visit place for those who enjoy Indian culture and buddhism. Locates just close to an hour and a half drive from the capital town of Bhopal. Easy accessible by road, one can base themselves at Bhopal and then take a bus or a car to Sanchi.

HotelsMap
One can spend the day among the stupas, The Four gateways ( considered as the best Buddhist expression in the world.