Santorini – A break from reality 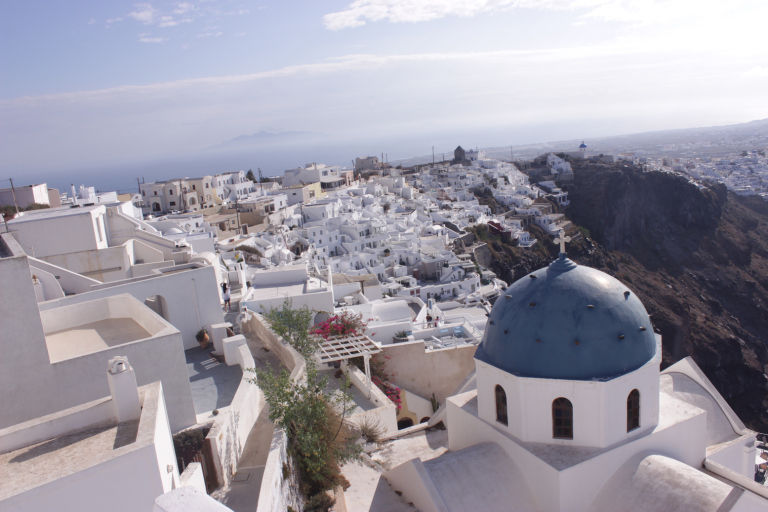 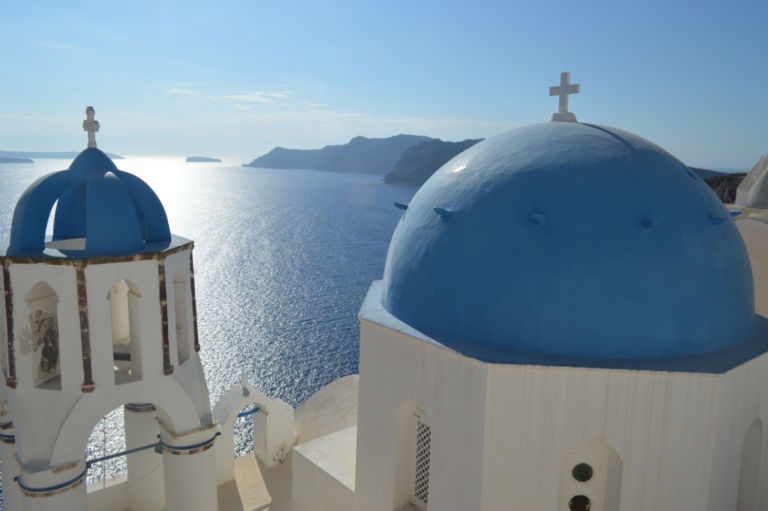 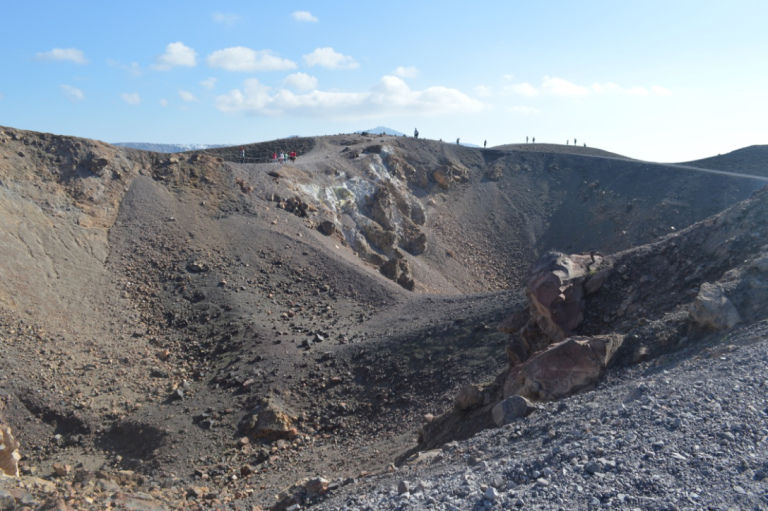 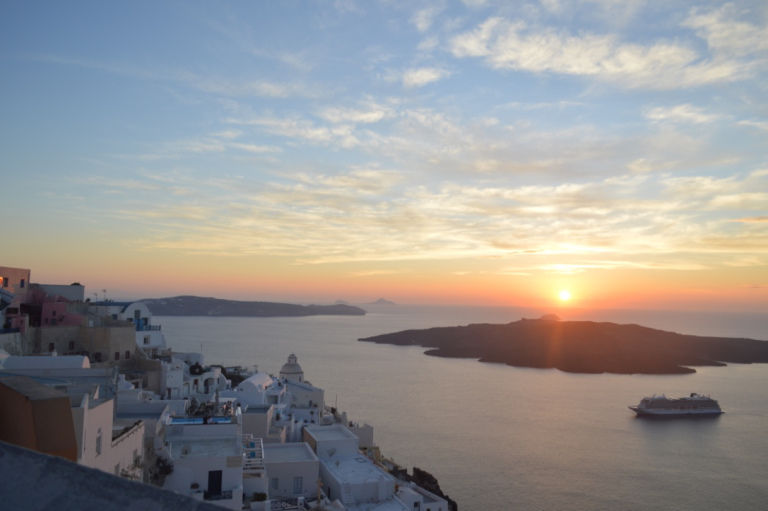 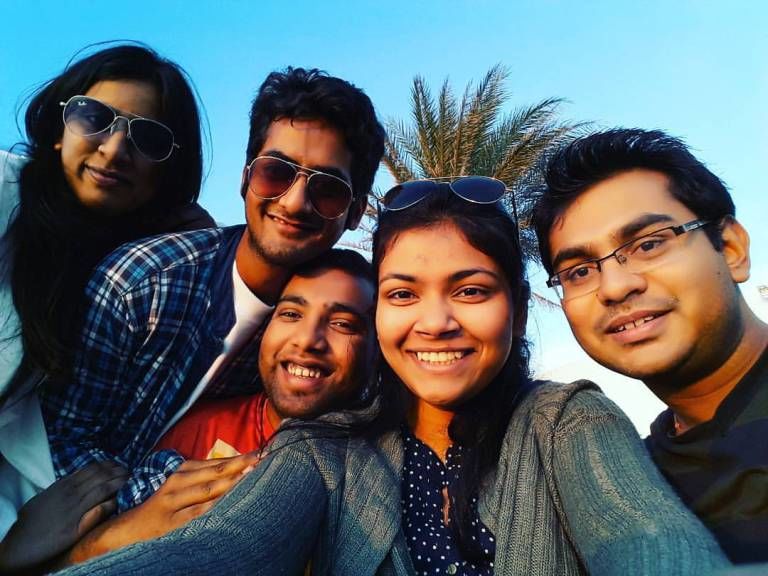 What are the touristic places in Santorini? The city itself is an attraction, with Venetian and Cycladic architecture houses with blue domes. In most of the Cycladic islands, houses were painted white to reflect the harsh summer sun. It started for a “bioclimatic” or “ecological” reasons, to make houses a little more heat resistant, with the knowledge people had at the time. But it soon became a thing of beauty. The Mediterranean waters are brightly blue; I can swear I have not seen such blue waters anywhere else. Blue domes, white house, blue waters and the sky makes it a spectacle to look at! And the soothing colours blue and white give you a serenity while you are there which Santorini is well known for.

A little about its shape: Santorini is an island created by an active volcano. The configuration of the present, roughly semicircular island is the result of an enormous volcanic explosion which occurred probably around 1630 bce, literally blowing the top off the island and changing what had been a typical half-submerged mountain of an Aegean island into a flooded Crescent caldera, in the middle of which a few small smoking islands still bear witness to volcanic activity

Our Journey: We booked Ryanair flights from Athens to Santorini. It takes about half an hour. Another option is to take a cruise which will take 6 hours to reach but it is worth the trip. We were short of time because of which we took a flight. There is public transportation on the island and people are friendly and helpful. Thanks to Airbnb we could book villas in the island at a reasonable price.

On the first day we stayed at Greek goddess juicy villa. A friendly host met us at a spot and took us to her place which was 1 km away from the main road. We left the next day for the Volcano tour which cost 20 euros per person. The island had steep cliffs and we needed to descend down to the ferry by a cable car. We missed the last cable car down hill and we had to take the walking path which had 588 flight of stairs. We needed to be down there in 15 mins and we had to run downhill. Never had we thought we would be running so much in our vacation. We got onto the ferry catching our breaths. But the blue waters were a sight to see. The ferry took us to the volcanic island in the middle of the sea. It was not an active volcano as we expected but a dried down one (maybe its active inside).The rocks were black and solidified. It was more of a trekking trail  to climb the top of the mountain and return back. We then left for the hot springs

It was a disappointment for us. The ferry stopped 100 m away from the hot spring and the water was very deep. Only those who knew swimming could swim upto the hot springs! And boo none of us knew swimming. We had to watch the people jump into the sea in swimsuits and enjoy at the hotsprings

We came back tired and rested on the square in FIRA facing the sun. Seldom, did we know we were sitting at the place on which the best of the sunset fell. We watched the beautiful sunset from there, the most relaxing, colorful and pleasing one.

The wine: The Vinsanto wine is a desert wine which is a speciality of Santorini. We found a free wine tasting shop, and we tasted it. It was divine! We decided to purchase a bottle of it for the night! We bought some dinner and left for the villa. We checked in at the “Adam and Eve “ villa at immrogveli. We were amazed by it. We spent the night drinking the signature wine facing Santorini at night.

One of our friends left the next day! We were four of us remaining in the villa. We woke up and went around our villa and the adjoining ones. We left like being submerged in white and blue. We had an elaborate photo session in different parts of the buildings. It was off-season when we had gone, so all the houses were empty; we could climb terraces of any villa we wanted.

After that, we had breakfast and left for the beach (Kamari black sand beach). Two of my friends who had bought their snorkeling kits were very keen on using them. The beaches in Santorini are not a good location to snorkel. It has a lot of waves, and the gradient is steep, and there are no coral reefs. But my friends managed to swim there and were washed by the waves. We had one bus an hour on Sunday, and we ran to the bus stop holding our breaths and waited for an hour. We called the municipality to find out if no buses were plying on Sunday and we had to get a cab back home.

We sadly could not watch the sunset that day because the sky was cloudy.  We bought some souvenirs and left for the villa. We decided to end the day dancing! We danced like crazy on the terrace and had a ball. The next day we left to Athens by plane and then flew to Amsterdam! We really enjoyed our trip to Greece!

We were intrigued by Greek food and had googled foods to eat.

Tomato balls: Famous starter in the menu. Deep fried bonda or vada with a little bit of tomato. We found it too oily to eat

Mousakka: It was a strange Lasagna with Beef, brinjal, potato and cheese. I could not tolerate it but if you could, good luck!

Eggplant Dip: This was probably the only good Greek food we found. It was a dip made of brinjal and was eaten with pita bread.

Greek salad: It was a disappointment for us. It had cut tomatoes, onions, cucumber and feta cheese. One takeaway was that we will make a greek salad for breakfast from now on! One easy recipe it was

Risotto: It was rice mixed with tomato sauce. I had ordered a seafood risotto, and I had a bad time eating it!

Frozen Yogurt: This is very famous here. There are difference versions of it, we got one which had yogurt and onion  which was called Raita back in India

On the whole, we were not very impressed by Greek food! but, glad we tasted it

What makes Greece Truly Mediterranean- The climate- sunny weather, The architecture Venetian and Cycladic type short domed houses with slender curved walls, The food- tangy, cheesy food with mild spices, rice and pita bread. We felt like being in a transition zone from west to east in Greece!

True that Santorini is a perfect spot for a honeymoon- calm, romantic and tranquil if we go with your partner. But if visited with a bunch of friends, whatever the place is, it is always adventurous and crazy!

This trip was originally published on EXPLORING LIFE.