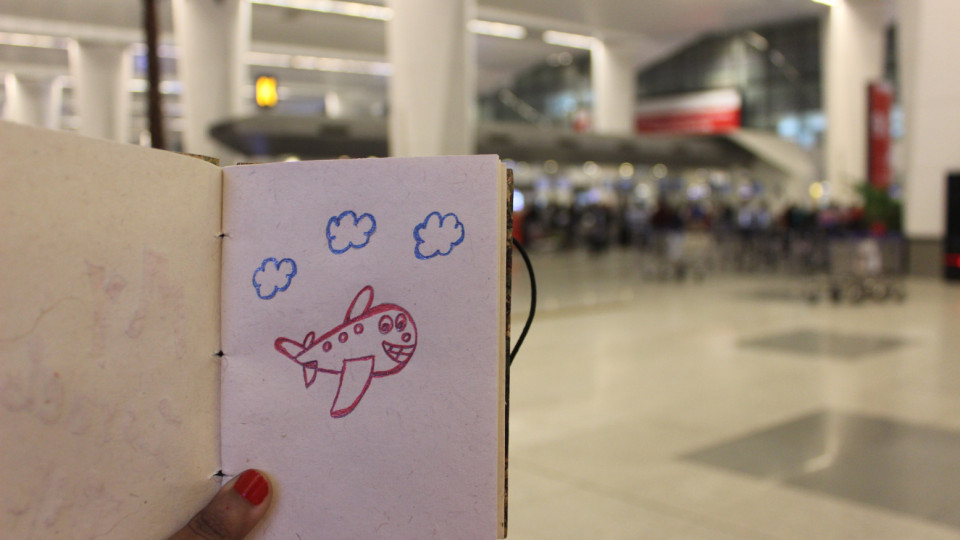 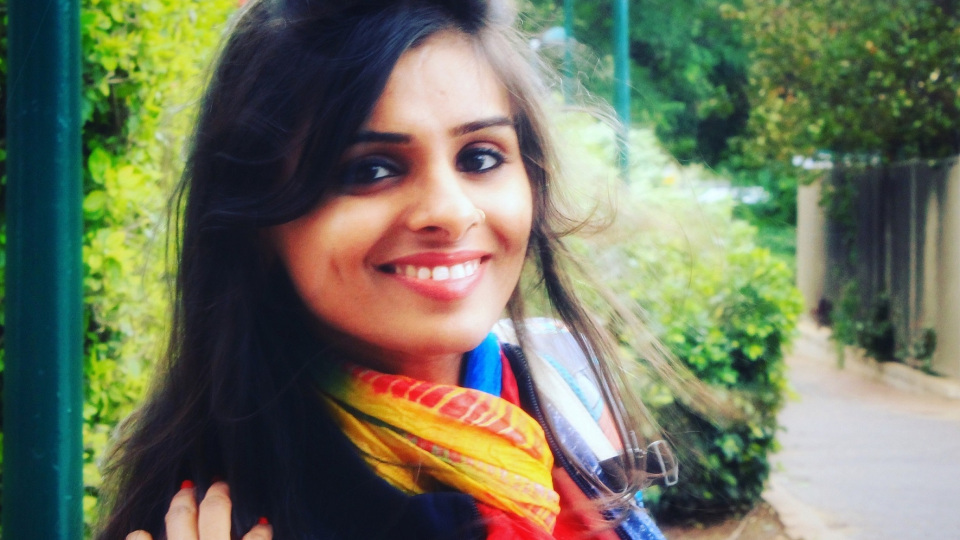 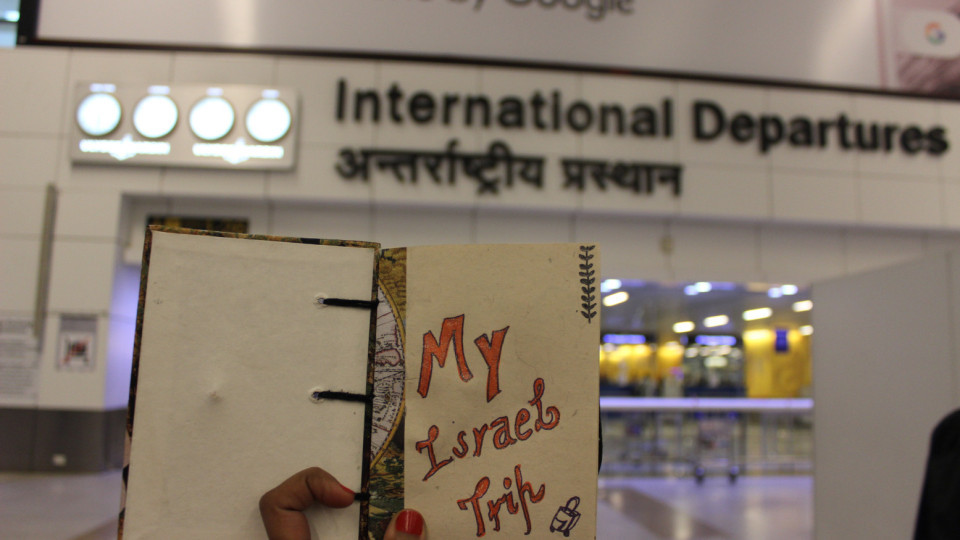 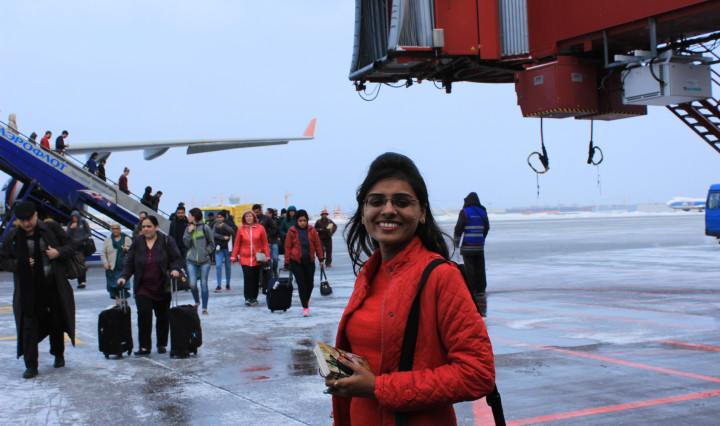 After boarding the flight, we waited and waited for it to take off. The excitement was so much that the wait of appx 1 hour felt like 2 3 hrs.

Finally the aircraft was running on runway. Oh, did i tell you that to get the window seat, i was wide awake at 5am a day before to make the online checkin. It may not seems to be a big deal for normal persons but for me who is a super lazy person who doesnt wake up until 8 in morning to wake up at 5 in a chilly december morning it was a super biggg deal. ????

So, yes i had a window seat and i was watching (Actually recording) the take off of my flight. It was a foggy morning so nothing was visible after few mins.

It was a long flight of appx 6.5 hours which was already delayed by 1hr from the starting point and we were worried for our connection which we had to take from Moscow airport for Tel Aviv Israel. There were very high chances now that we would have been Missing it. (I dont know i was more happy or more sad for this…. REASON being Watching Snow. Remember?)

Passing time was really difficult. We decided to watch a movie but i got bored very soon So i went to my land of imagination hehe.

I had forgot to put eatables in my cabin bag which i guess was the biggest blunder because the biggest surprise (no, actually it was a shock) was coming my way.

I am a pure vegetarian person (i dont eat eggs, meat, chicken or any other type of non veg) so i had booked a pure vegetarian meal for myself and my collegue. Not just booked, i had told this thing twice to the person on call that pls book the pure vegetarian meal without eggs chicken etc. It was the lunch time and cabin crew started distributing meals to passengers . When they came to us, to be double sure i asked her that this meal doesn’t have eggs etc. And her answer made my big eyes to look even more big :D. She told me that you had booked Hindu meal and it has Chicken. The surprising thing is that the meal they booked for my collegue was Asian Veg Meal which was a vegetarian mean. I was like, i had booked same meal for both and then how this blunder can happen ???? but they didnt listen to me.

Also, I just by chance had put one diet chips packet in my laptop bag which was the savior for us in that flight.Ufff (sigh) it was a long flight and difficult one too.

In the mean while, I got the coffee in the flight which was eeewww (Not at all good)

Time flies away and we were about to land. As i mentioned earlier (I guess i did) that our connecting flight to Tel Aviv was just after 70 mins after the expected arrival of Delhi to Moscow flight and the flight was running late by 60mins, on top of that, our seats were in the end so w both decided to check for empty seats in front so that we can move early and catch our connecting flight. i got new seat just on wing :(I was a bit sad about it)

Finally the flight landed and I was so so so excited to come out and see the Snow.

Yes, in excitement, i wrote wrongly :P The happy me just beneath my flight in Moscow