Shiva's tale of Hide and Seek 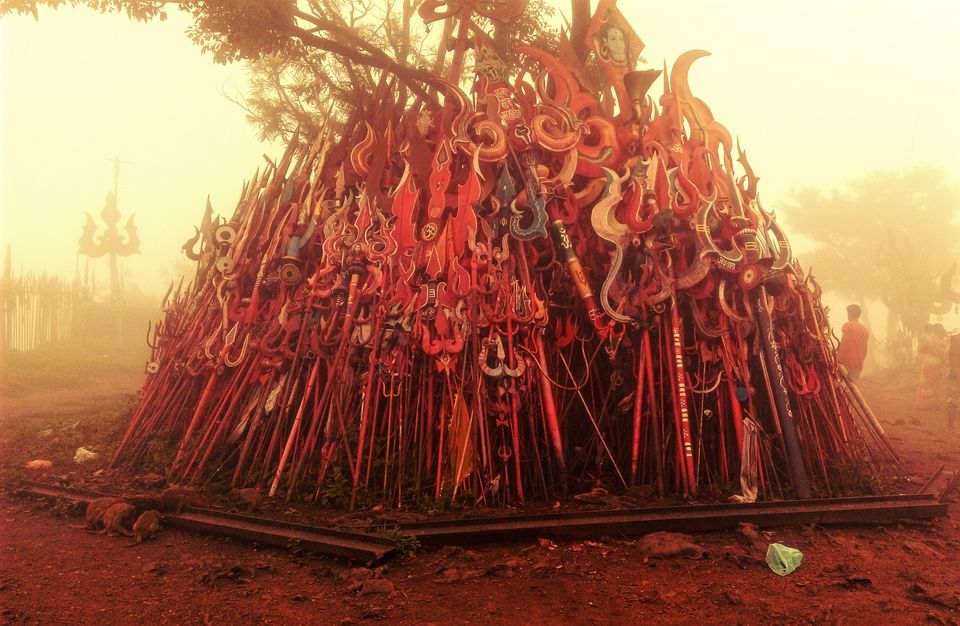 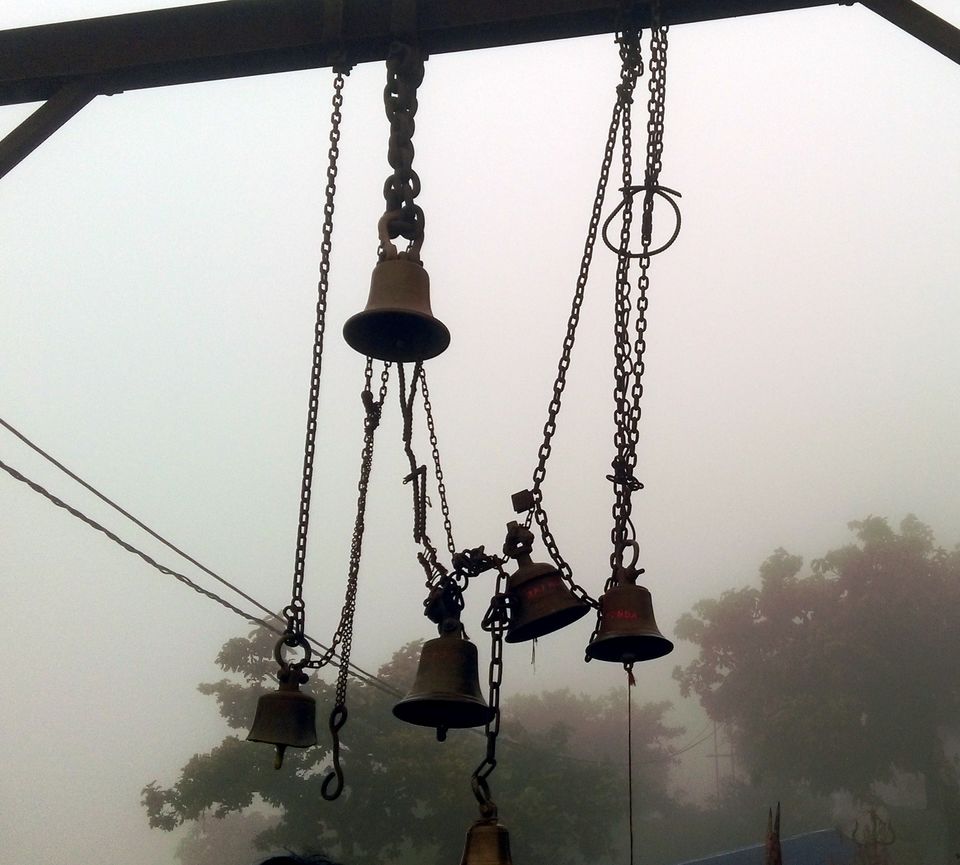 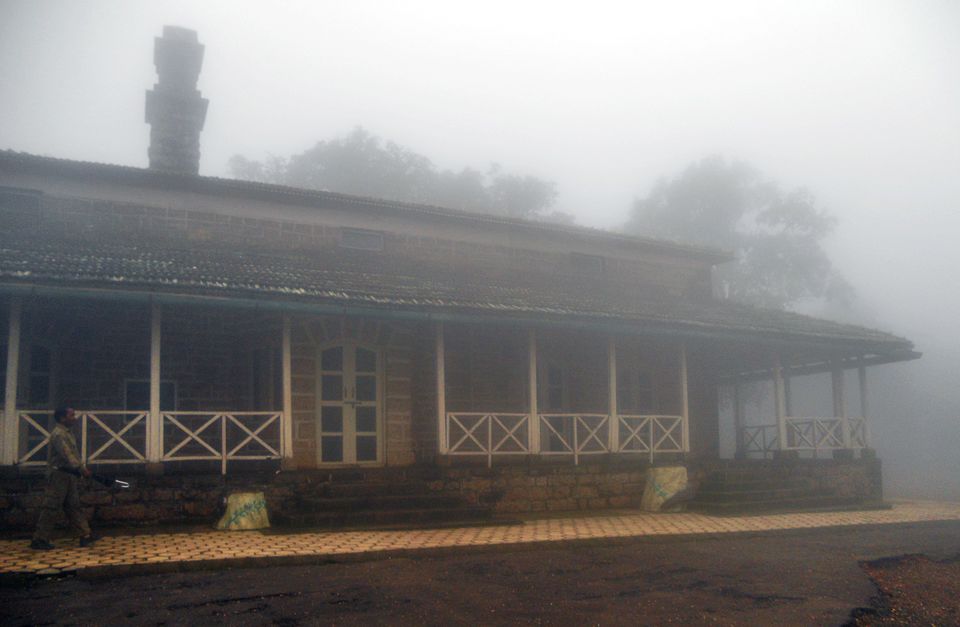 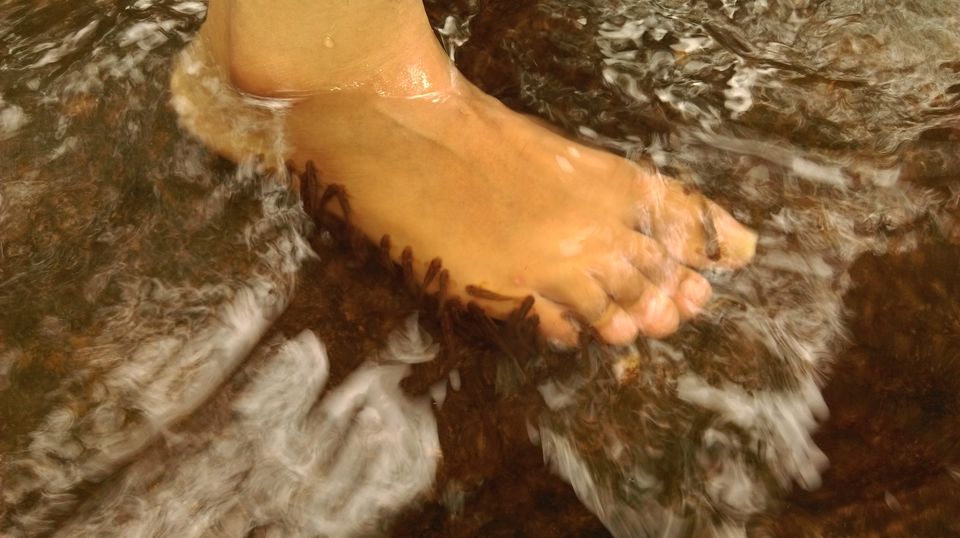 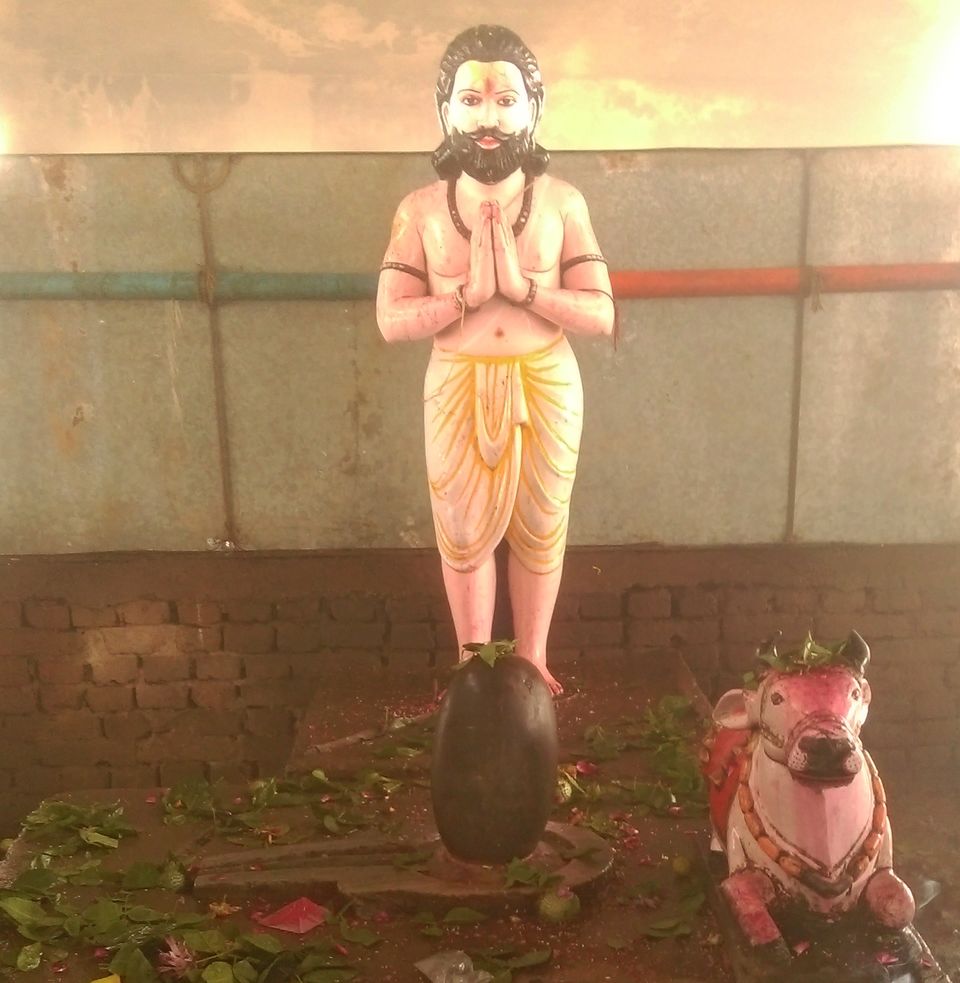 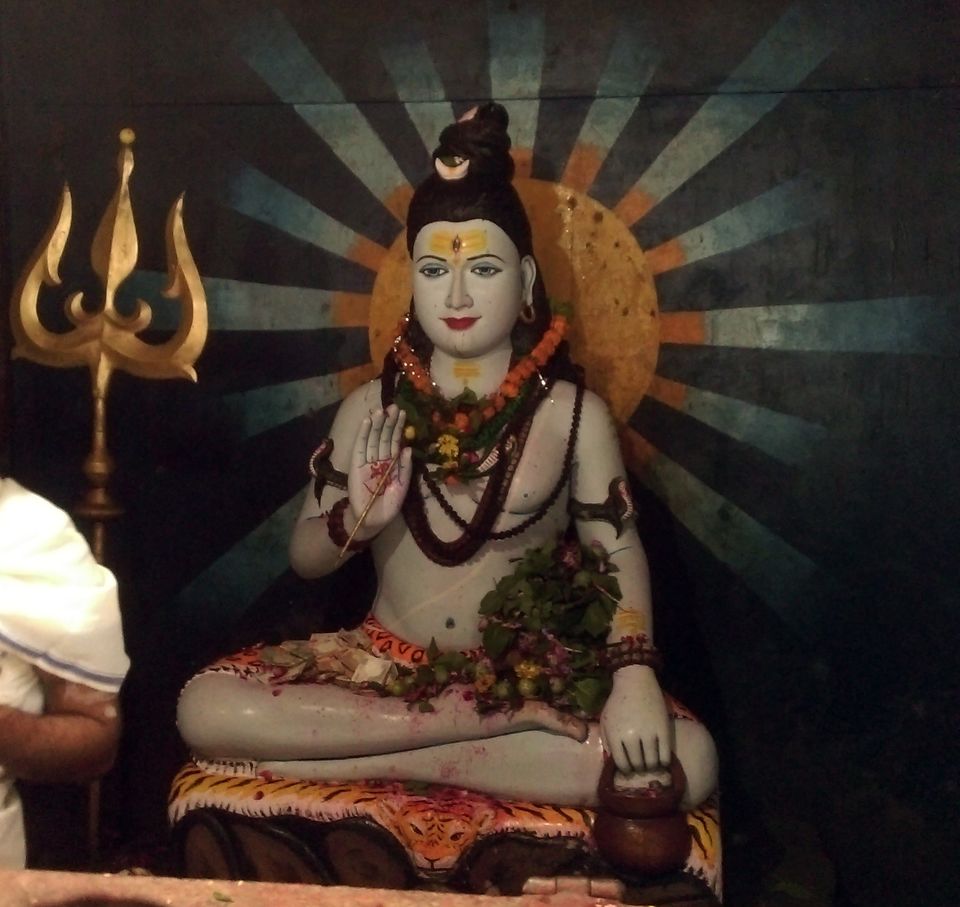 Things that I found in the Jungles 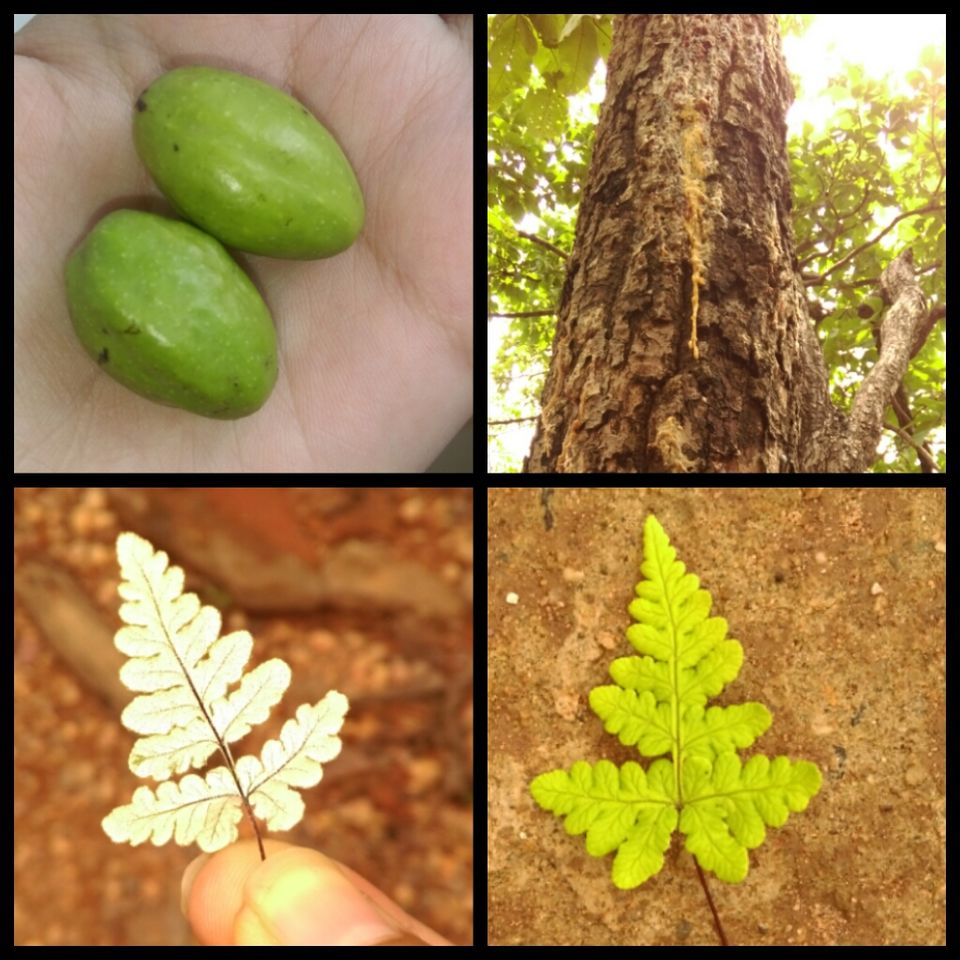 This is my second post about this place called Pachmarhi. There are so many things that i have discovered in the span of 3 days that it did not fit into a single post and moreover there is an extremely interesting story of Lord Shiva that deserves a special post.

As i mentioned in my earlier post, almost everything about this place is going to amaze you. I have written enough about the natural beauty of this place now it's time i tell you about the mythological history of this place. As we know there are a few temples of Lord Shiva in this town, which are very popular all over the country. All these temples are connected with a single story/ incident of Lord Shiva' s life. The story is popularly known as the story of  'Mohini and Bhasmasura'.

Once upon a time, there was an asura (demon) who wanted to be the most powerful asura ever. He decided he would perform severe penance to impress Lord Shiva. So he prayed and meditated day and night for a long long time, Lord Shiva heard the prayers and wondered who it was. Shiva never differentiated between his devotees, whether they were Devas or Asuras, he granted their wish if they prayed with a pure heart. So Shiva appeared in front of him and asked for his wish. The asura asked for immortality. Shiva denied to grant his wish for immortality and asked him to wish something else. Asura asked for a power where in he can turn anybody into ashes by putting his hand on that person. Shiva granted the boon and blessed him. Before Lord could realize his mistake the asura let out a maniacal laugh, and looking at his hands said 'Now I can even turn you down to ashes'. Lord Shiva stared at him with shock and then disappeared.

Bhasmasura used his powers on innocent people and turned everybody into ashes whoever came his way. Troubled with which Shiva called Naradmuni for help. According to Shiva's instructions, Naradmuni went to Bhasmasura and  provoked him against Shiva and told him to go put his hand on Shiva and burn him to ashes after which he will become the most powerful and the entire universe will worship him instead of Shiva. The plan succeeded and Bhasmasura ran here and there in search of Shiva. Shiva could not take back the powers and hence had to run away from him. Everywhere Shiva hid, Bhasmasura followed him. Terrified with this Shiva went to different mountains and caves and sacrificed his belongings there. 'Nagdwaar' was the first spot where he hid and sacrificed the snake around his neck (later the place turned into a temple of Naagdevta and is popular amongst the devotees). When he saw Bhasmasura coming, he went deep into the caves and sacrificed his hair (Jata) over there which turned into another auspicious temple 'Jatashankar'. He left his Trishul on his way to another cave, he turned invisible at this point hence this place is known as 'Gupt Mahadev'. After this Shiva went at the top of the mountains of Chauragarh to save himself from Bhasmasura. Here he took a different avatar called 'Chaura baba' where he had no snake, trishul or long hair anymore. But no matter how hard he tried he could not get rid of Bhasmasura, so he prayed to Lord Vishnu and called him for help. Vishnu, the preserver assured Shiva he will handle the situation. As Bhasmasura was about to reach Shiva when he saw the most beautiful women in the jungle. The women was Lord Vishnu himself in the form of Mohini. Bhasmasura was captivated by her beauty. He stared at her for long and then asked 'Who are you?' I am Mohini the gorgeous lady said. Bhasmasura instantly fell in love with Mohini and asked her to marry her. Mohini told him that she was a dancer and she made a promise that she would only marry a man who can dance as well as her. Bhasmasura promised her that he will try his best. So the both of them danced. Bhasmasura tried his best to copy Mohini's moves as she smiled encouragingly at him.

They went on dancing, where Bhasmasura got better and better and concentrated only on dancing. Mohini soon made a move where she kept her hand on her head and without thinking Bhasmasura did the same. His powers worked and Bhasmasura instantly turned into ashes. That's how the story of the evil came to an end.  Today devotees from all over the country come to pray at these temples, specially Chauragarh. It is said that if u bring a trishul to this temple and pray for something, god grants your wish and hence there are lacs of trishuls all around this temple.

Every place has stories to tell...only if you listen to it carefully.

Don't just go to a place like a tourist and listen to what your guide has to say about it, Instead be an explorer. Ask questions...a lot of them! To everyone and anyone. The chai wale bhaiya, the driver, your guide, the local people, everyone.

I am a curious soul. I asked questions to anyone who came across me and below are the facts and findings out of my trip.