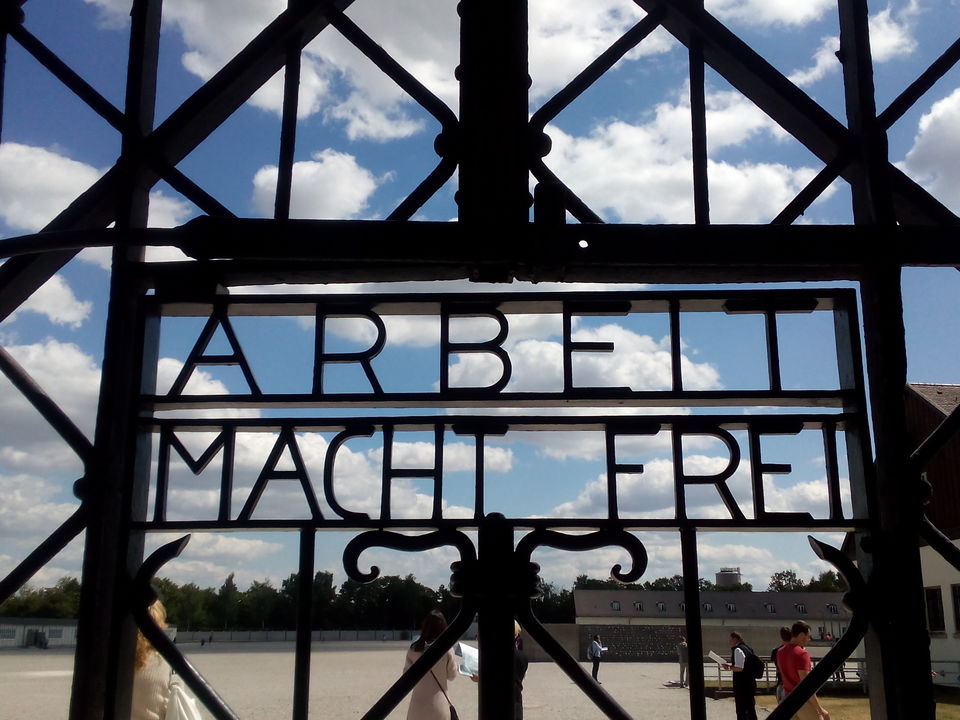 Dachau, the name is probably a little out of context in the 21st century. Those of us who are not historically inclined may find it a little difficult to recall what this little town in Germany is famous, rather infamous for. But, in the 20th century Dachau was synonymous with terror, being one of the first and biggest concentration camps under Nazi rule during the 2nd world war.

Concentration camps or protective custodies as they were called were nothing but euphemisms for torture, persecution and death. Dachau however, was not officially an extermination camp like Aushwitz though there is a gas chamber and a conveniently built crematorium next to it. The prisoners’ reports too confirm that the gas chamber was indeed used, if not for mass murders but individuals and small groups.

But, this does not make Dachau’s history any less harrowing. The camp was one of the most gruesome torture centers the world has ever known. Operational from 1933 to 1945, it housed Jews, prisoners of wars, political adversaries, homosexuals, gypsies and anyone who was not a part of the Nazi ideology. Forced labour, para medical experiments, depraved tortures and murders, Dachau has seen it all.

Today Dachau is a memorial site, serving as a reminder to the world of the cruelty man is capable of inflicting on his own kind under the garb of some lopsided ideology.

The site is open to the public; the visiting hours are from 9am to 5 pm seven days a week. The entry is free, but you can rent audio guides that will give you detailed information about the place and the various landmarks inside it. You can take a train (S-Bahn) from Munich Central Station to Dachau. From there you can board the bus 726 to the camp.

I was not entirely certain if I wanted to visit Dachau in the first place, but my morbid curiosity got better of me and I decided in favour of this historically infamous place.

It is only a few minutes journey from Liam station and another few minutes on the bus to the concentration camp. The whole thing took under half an hour.

There is a reception area with an adjoining restaurant just outside the main camp. Audio guides are available on rent for around two Euros. There are different languages you can choose your audio guide in. We chose the English version. They look similar to cordless phones with numbers and start & stop buttons. We were also given a map to the area, each landmark inside was marked with a number. The instructions were to enter the numbers in the guide and play. The audio guide will give detailed information regarding the corresponding landmark.

I was not sure what I expected to see at the main site, but my first impression of it was of emptiness. Dachau was big; build to house 6000 prisoners, with 30000 inmates were living there by the end of the Second World War.

Today, it is just a big empty space with beautifully pruned tree lines, a museum, a Jewish temple & church that was built later on. The barracks are demolished, the sites clearly demarcated. Only two of the barracks remain in their original state serving as a reminder to the world of the horrendous living conditions of the inmates.

Dachau is beautiful in its own way. The deep silence that today has replaced the screams of thousands of innocent people is bound to affect you, make you thankful of the beautiful life that you have.