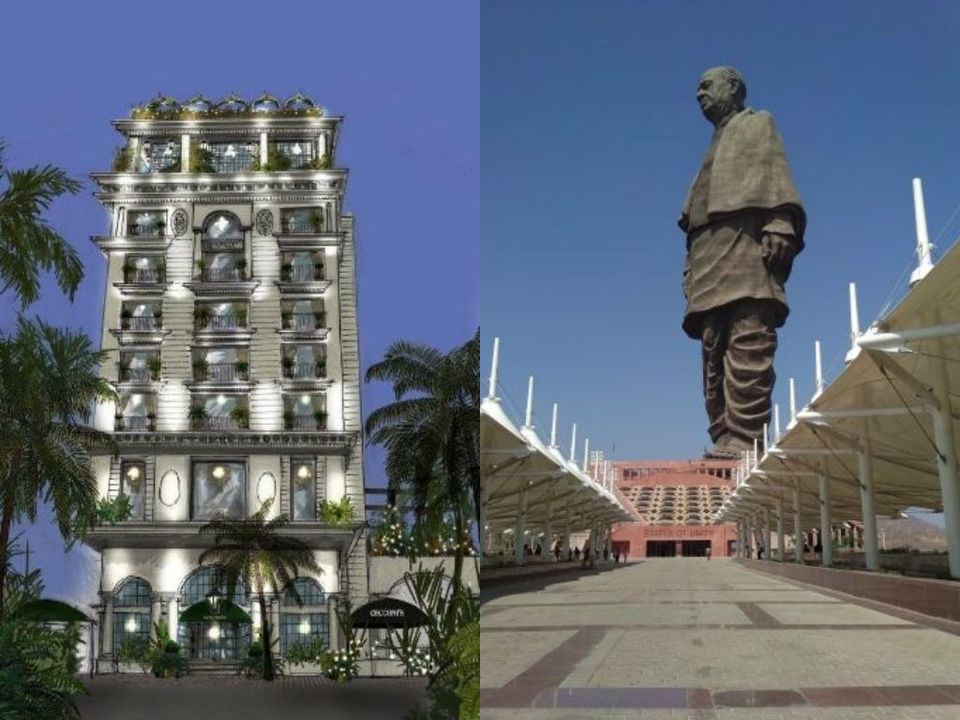 The 597-ft tall Statue of Unity in Gujarat and Mumbai’s Soho House have been featured in the second annual list of Time Magazine’s 2019 World’s greatest places. It is a compilation of the 100 new and newly noteworthy destinations to experience now.

A tribute to Sardar Vallabhbhai Patel, independent India’s first Home Minister as well as Prime Minister, the Statue of Unity is world’s tallest statue. Popularly known as the “Iron Man of India”, Patel was one of the most prominent leaders of the Indian freedom movement. He was also responsible for the integration of several princely states into modern India.

Nearly 2.06 million people have visited the statue that was inaugurated on October 31st, 2018, by Prime Minister Narendra Modi on Patel’s birth anniversary. Standing tall on an island in the Narmada river, it offers visitors a chance to see views of the nearby mountain ranges from the chest, towering well above the Sardar Sarovar Dam in Gujarat.

Mumbai’s Soho House, on the other hand, is located in an 11-storey building overlooking the Arabian sea. It houses a rooftop bar, pool, library and a cinema with 34 seats. It is Asia’s first Soho house that is a local replica of the formula that has allowed popular bands and members-only clubs to blossom across the US and Europe. The unique feel of the place comes through the shape of block printed fabrics from Rajasthan, environmentally sustainable, handwoven cane furniture, sari coated lampshades and 200 art pieces by largely South Asian artists.

The Time magazine list also includes Red Sea Mountain Trail in Egypt, Zakouma National Park in Chad, The Shed in New York City, Newseum in Washington, Six Senses Hotel in Bhutan in which guests can explore through the mountains of the Himalayan kingdom through guided journeys, Leopard Hill in Mara Naboisho Conservancy, Kenya, Pohoiki in Isaac Hale Beach Park in Hawaii and the Geosea Geothermal Sea Baths in Iceland.

To decide on the list of places to be included, the magazine solicited nominations across various categories from its editors, correspondents around the world and industry experts. These included museums, parks, restaurants and hotels. The evaluation was done based on key factors such as quality, originality, innovation, sustainability and influence. While the greatness of such iconic places cannot be measured, the magazine believes such metrics can play a part in the selection.The bigger idea though is the sense that one has stumbled upon the extraordinary which many travellers aspir to experience.