Staycation at Machan, Lonavala: Up in the trees

So my big birthday arrived, and so began the small escape that I was awaiting for quite some time now. Just to be clear, I was awaiting the birthday and the idea of spending a night in a treehouse, not actually the idea of turning 30. I had been told by my friends who were already on the other side about how 30 was the new 20 and how age is immaterial, but I had declared to them that only old people made these kind of statements and that I did not believe them!

Anyways, I had imagined a quite escape, away from the hustle bustle of city, overlooking the hills in Lonavala. I did not research more on the property, only to be pleasantly surprised!

The Machan is located at a distance of 100 kms from Mumbai, a pleasant 2 hours drive from our place. The Mumbai Pune expressway is still scenic despite the summers, one just drifts through the entire route, wondering at the high rises being constructed so much away from the city, multi storeyed weekend homes, the amazing lion’s point and bushi dam and finally our destination. The first thing that strikes me is that throughout the road, all hotels and resorts big and small have put up their hoardings, but this property, not a one!

Honking was not allowed in the property, lest the animals be disturbed 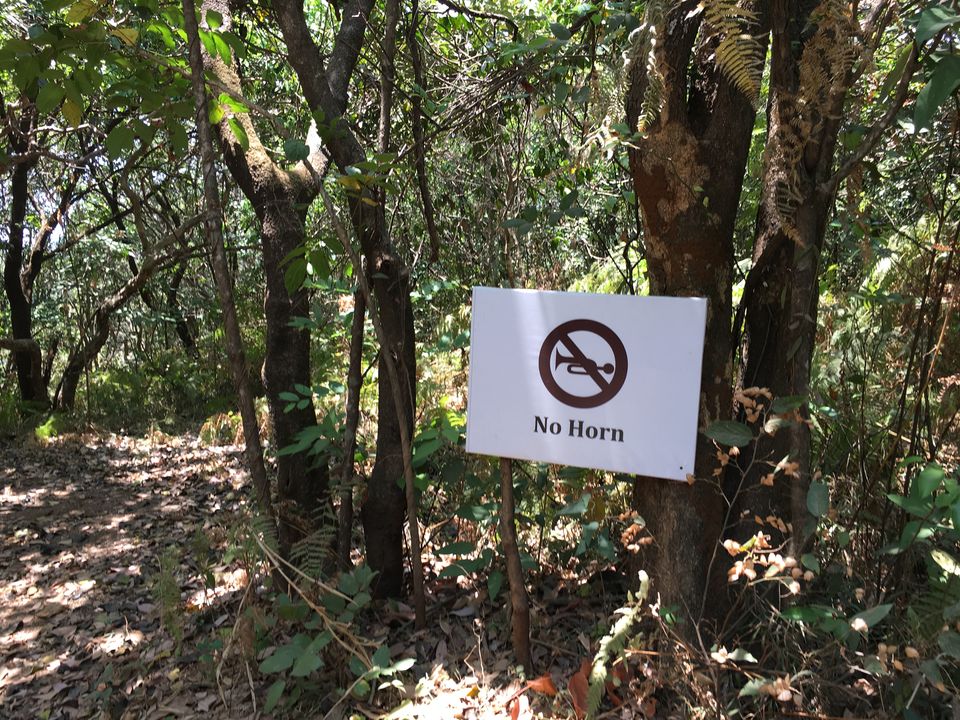 Even the cut that one is supposed to take from the road to reach the property nowehere mentions its name, just a signboard with a langur on it! Different isn’t it.

Honking is not allowed near or in the property

I have been to several top rated properties in Lonavala, but this property is distinct, it is not just any other destination in Lonavala. The first sign that welcomes us says no honking. The reception is also unlike any other hotel reception that I had seen, a simple wooden room made at a certain height. We were greeted and briefed about the property.

Our cabin :Amidst nature 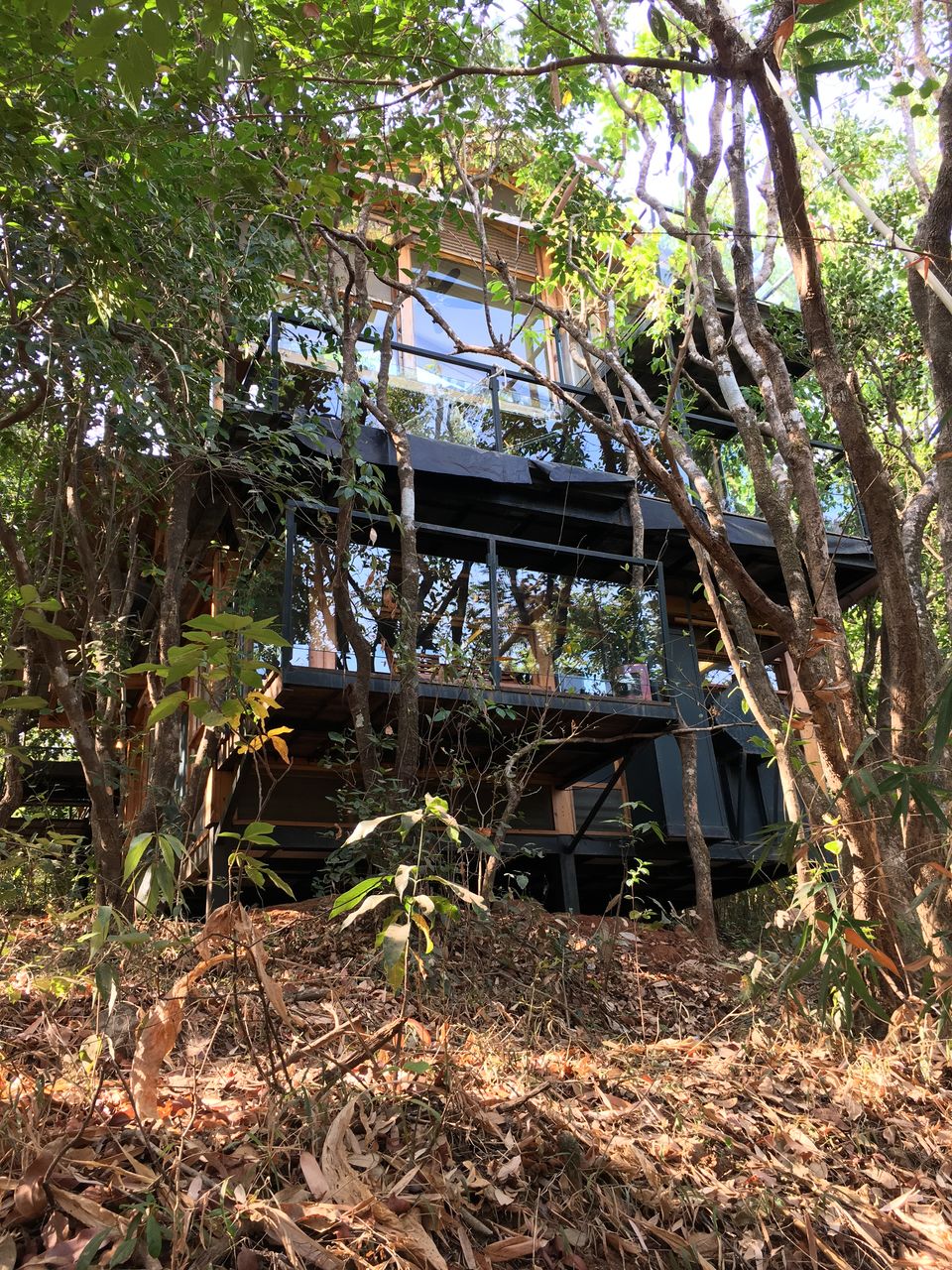 A completely eco-friendly property which generates all the electricity it generates by its own, through solar panels or through wind energy. Therefore, there was no airconditioning in the room, nor is one allowed to use power hungry appliances like hair dryer, electric kettles etc. Well honestly, no air conditioning with the mercury touching 35 degrees got me worried a bit. Only to find out later on that the my worries were unnecessary.

The cabin built around a tree 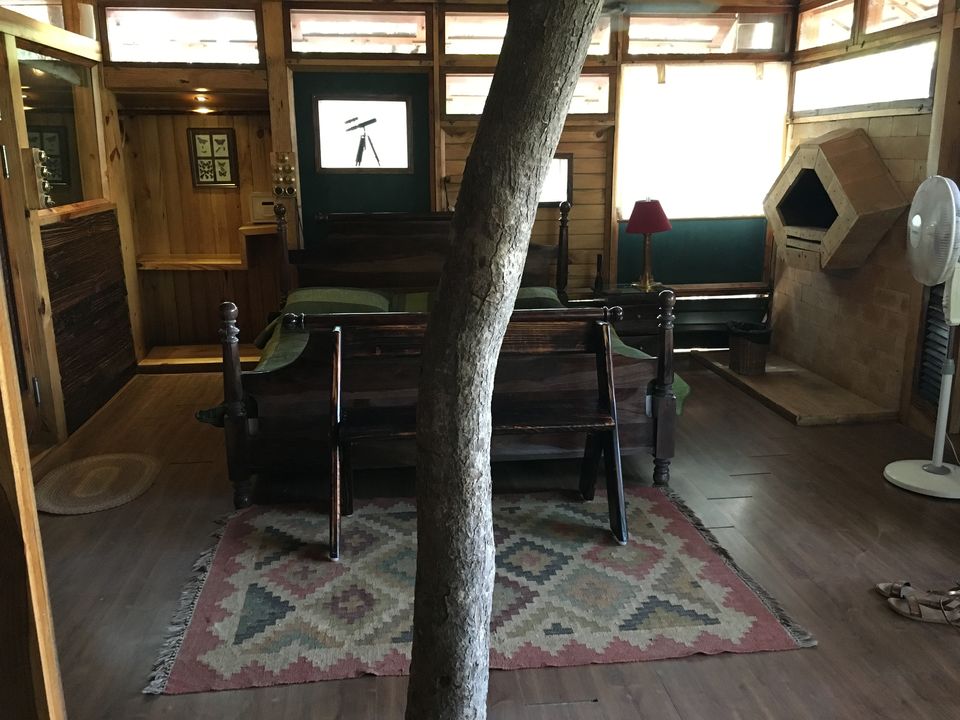 The tree house was a short walk from the reception, wrapped around trees from all sides. As I enetered the cabin, I was as intrigued by its magnificience from the inside as I was about its elegance from the outside. Tree branches were emerging from the floor and going through the roof in this beautiful wooden cabin, looked to me like having been set in the British Raj time. At this point, I would request you to pardon my imagination which might have been in action as I had been reading a book called “ Man Eaters from Kumaon by Jim Corbett. In the book, Jim Corbett(after whom the Corbett National Park has been named) vividly describes the jungle scenes and how he catches the man eater tigers. The balcony with the rocking chair was the perfect spot to listen to the sounds of the forest, appreciate the verdance and once all that sinks in, read a book as the sceneries unfold in front of you.

The decor inside the room 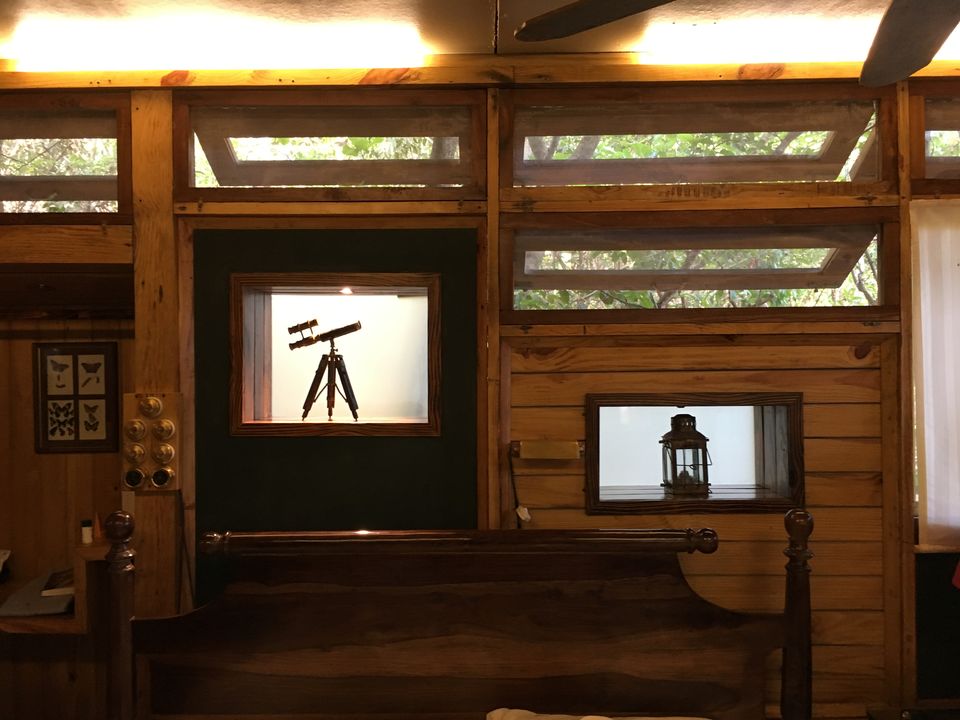 The balcony with the rocking chair was the perfect spot to listen to the sounds of the forest, appreciate the verdance and once all that sinks in,to read a book as sceneries unfold in front of you.

The balcony: Quite a nook to have a morning cup of coffee 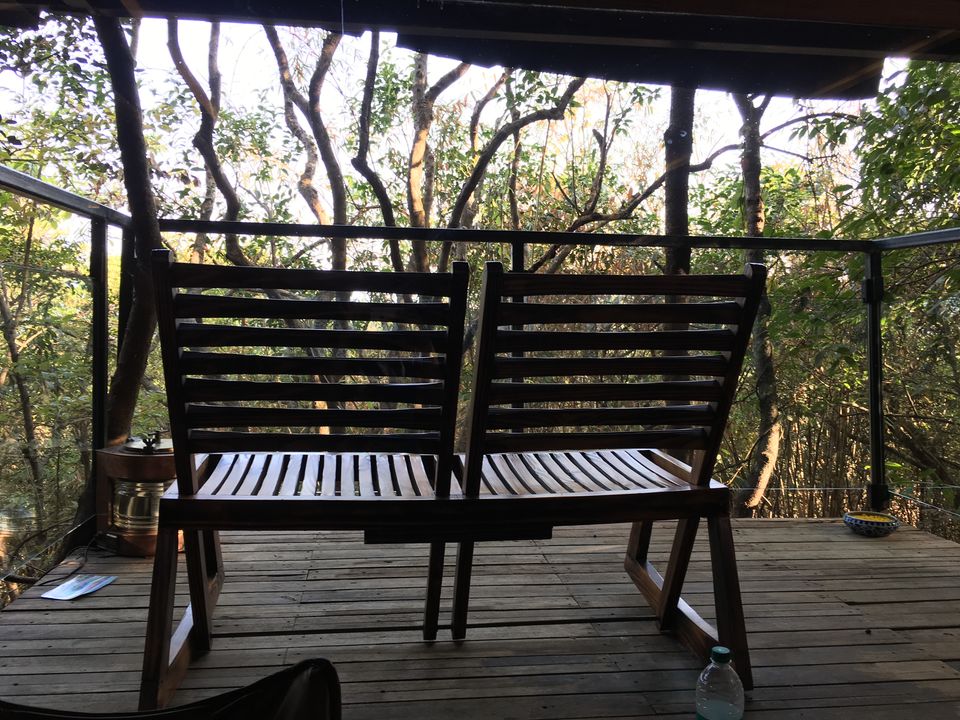 The time was just perfect for a long bath and an afternoon siesta thereafter. I could hear atleast 5 distinct sounds, which I would like to call the sounds of nature, crickets, frogs, a probable snake hissing too!

A nature walk was organised at 5 in the evening where we spotted a myriad of trees and discovered their medicinal properties. One that can be used to cure malaria, one for curing jaundice, one for a poison potent enough to kill fishes, one that had water stored inside it and so on. 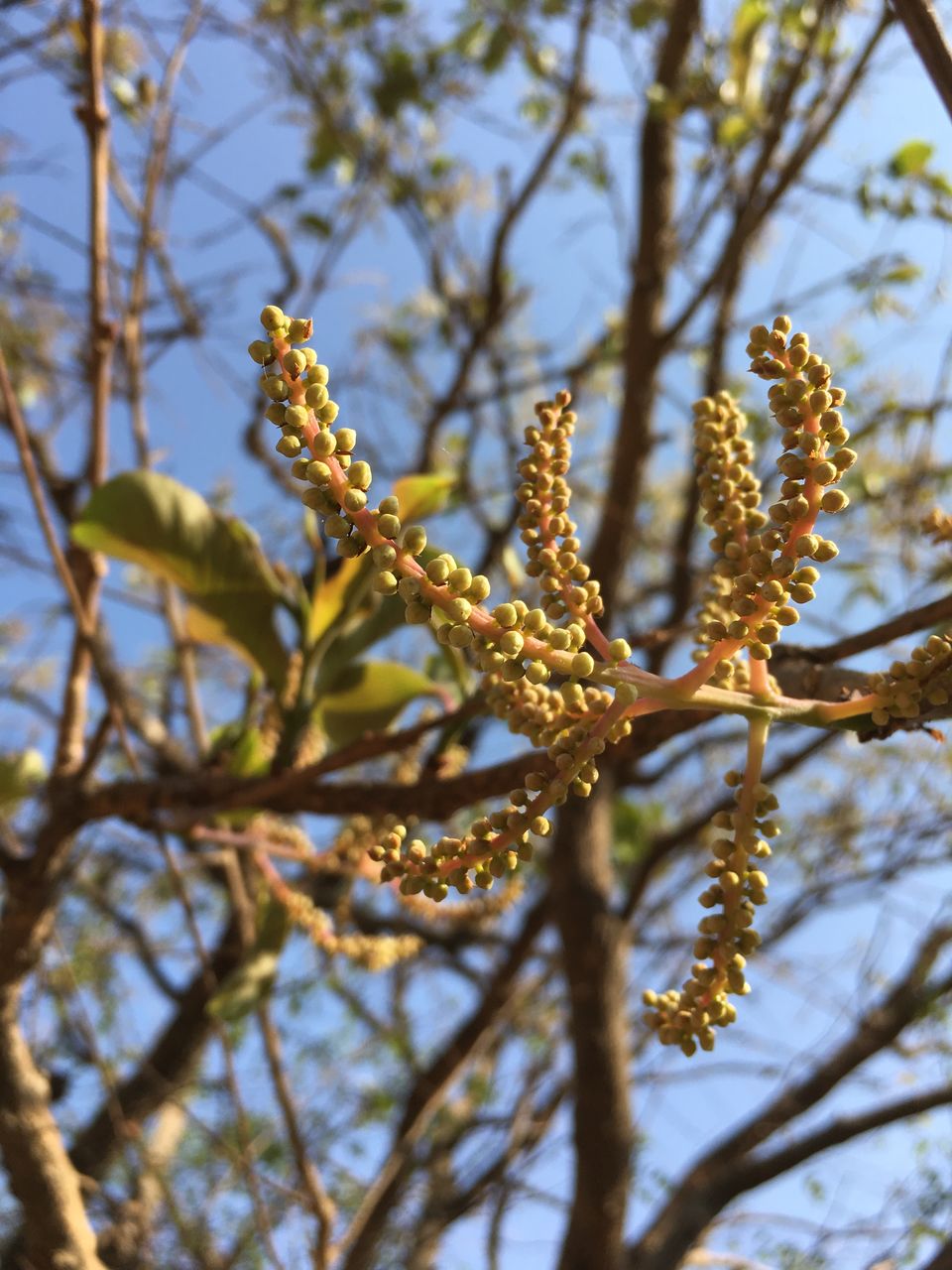 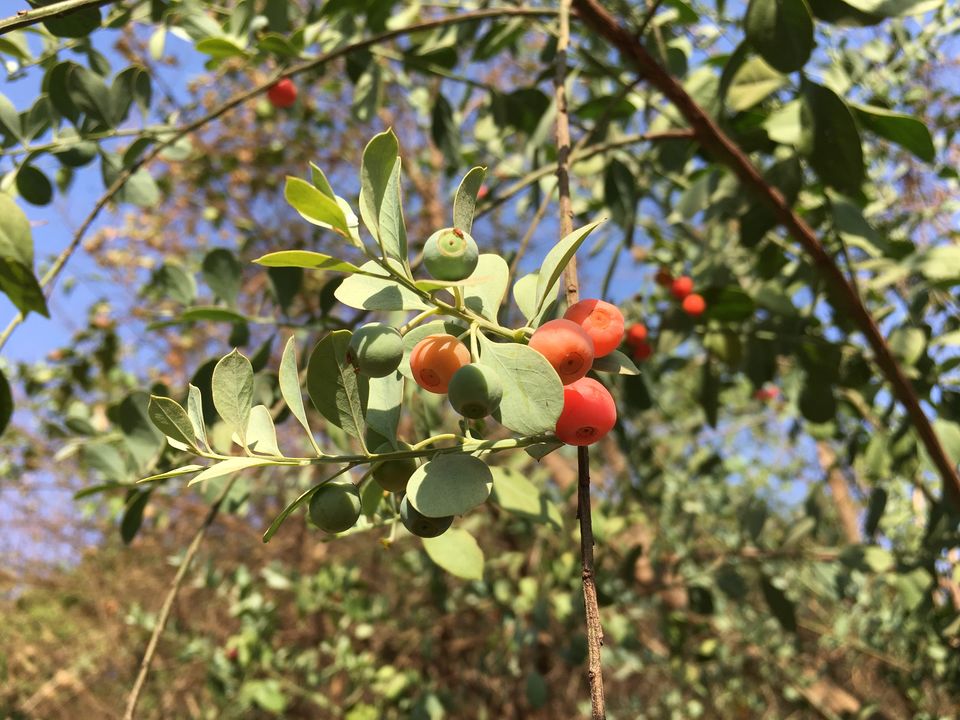 Amazed by the flora in the region, I have to say I was a little disappointed at not spotting any wildlife. 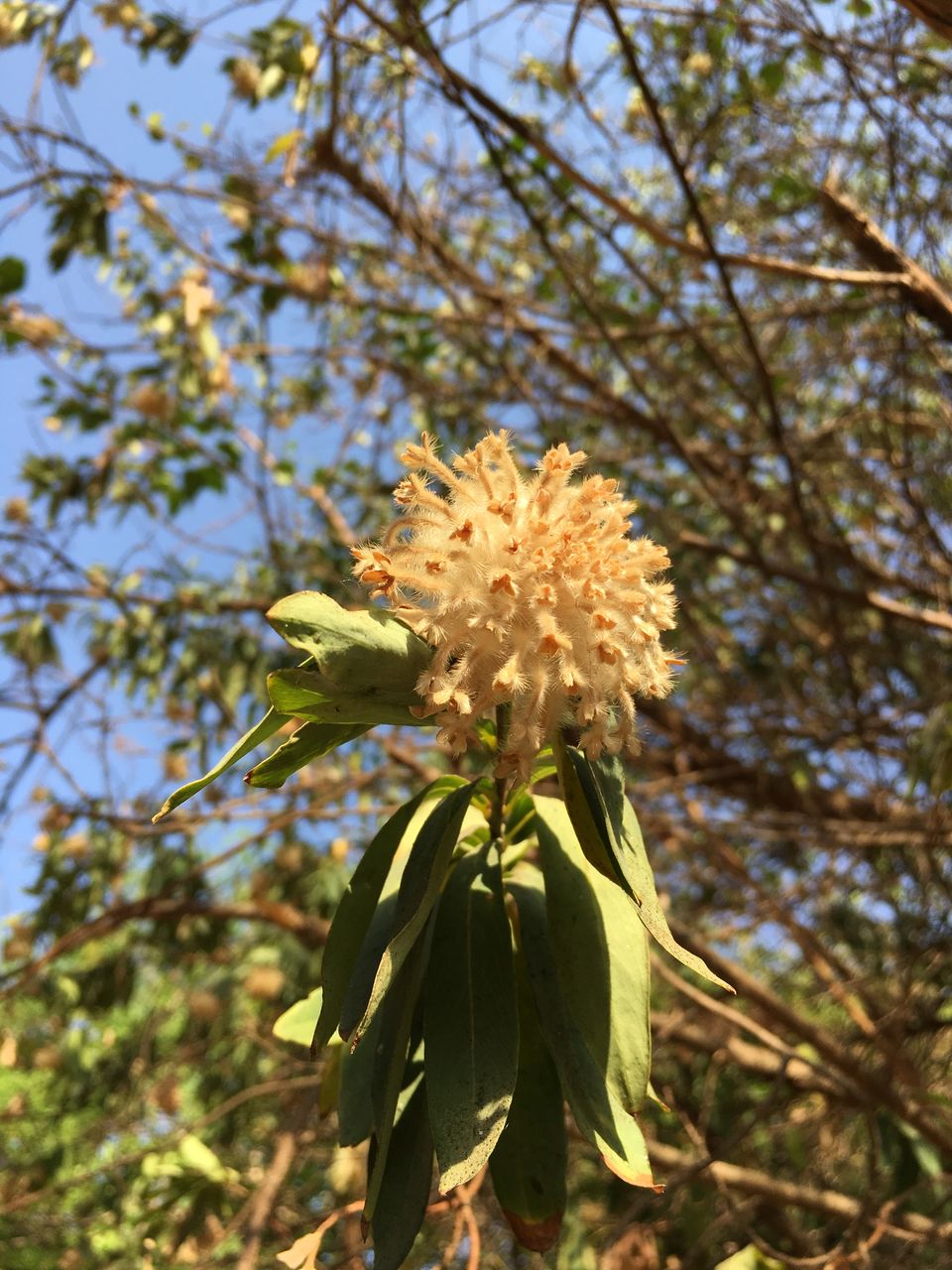 As the sun set and the skies became dark, all one has to do is look up to find magic. Several thousand stars and constellations, a sight I had almost forgotten living in Mumbai lit up before me. I just stood in its awe for the longest time.

All the driving around in the day and walking around in the property got us famished, we rushed for the dinner served out in the open restaurant. Lamps hanging from the tree branches, candles flickering in the light evening breeze made a superlative romantic experience. A simple yet delectable spread was on offer, we chose to go with the chicken curry and appams.

The supremely hospitable staff of the property arranged for wish lanterns for people who had their birthdays, to wrap up the magical evening. 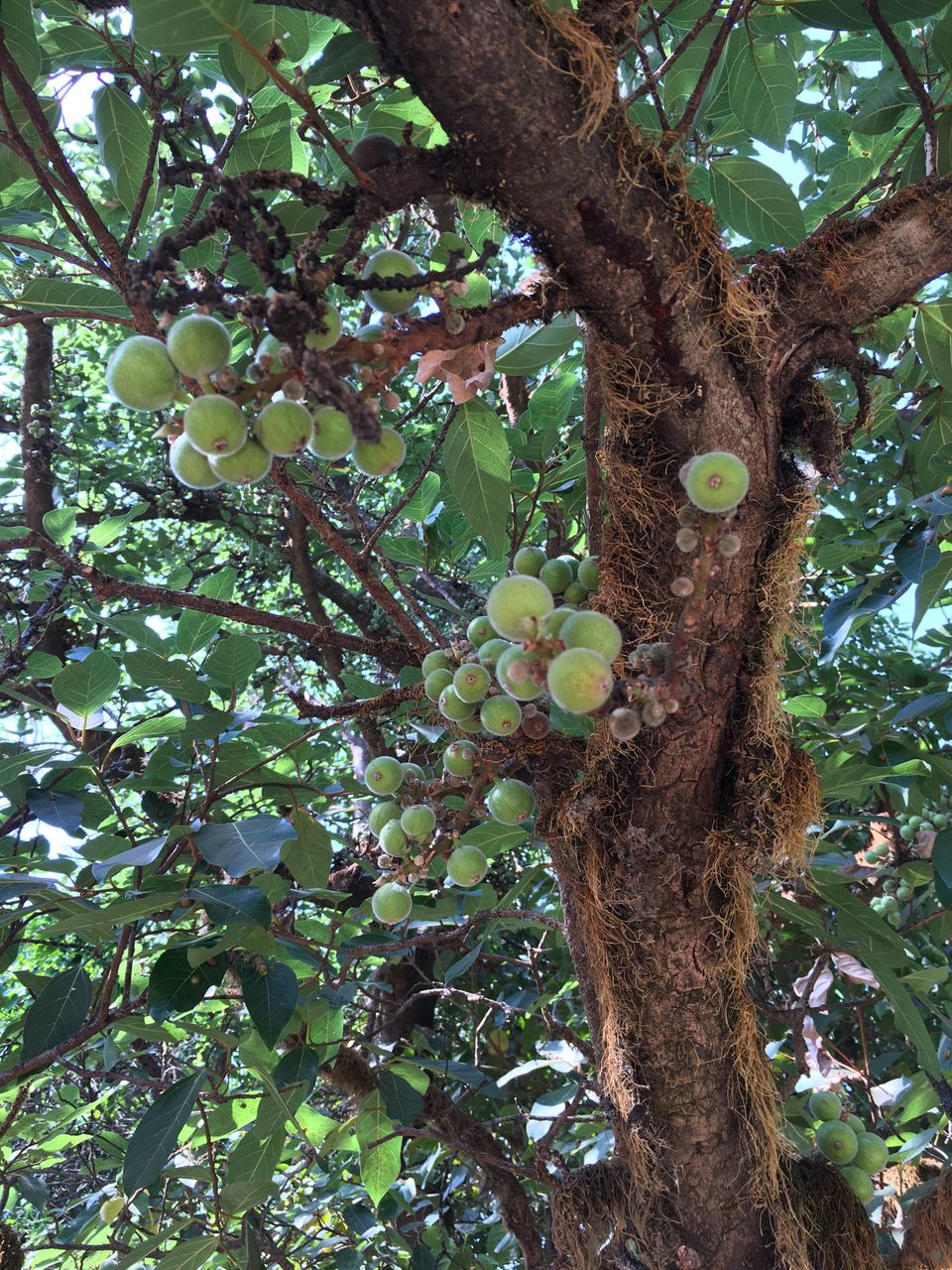 The only thing better than the magical dinner was the sumptuous breakfast in the woods, the following morning.

The beauty of the cabin, the hospitality of the staff, the unique setting of the entire experience will have us coming back here.