After being placed in a company during college placement drive, I had joined an organisation along with my 9 friends. After being trained in Mysore, all of my friends were allocated to Pune but me. I was allocated to Hyderabad , the place and people were complete stranger to me and I was all by myself. One day I was having lunch in the food court along with my new friends which I have made recently. There were four more guys whom I had known from my friends and talked once or twice who were planning for a trip to “Vizag”. I was not eavesdropping or something but their conversation and planning for the trip did intrigue and I kept on listening. Their plan was all set, the places to be visited had already been inked on paper,hotels were booked and all the needful was done. Then out of nowhere , one of them asked me if I was interested to join them for a trip. I was surprised and happy by their gesture, if eavesdropping had a prize, I would definitely be winning a prize for this incident. I told them that I have financial issue and moreover they had already planned everything, taking me in would mean a new plan. But to my surprise, they said “if you want to come, then join us , we’ll take care of everything . You can pay us later. Let’s go! we’ll have lot of fun” and I said let me think today , I will tell you tomorrow . Next day when I met them before I could say anything they said,” Your ticket has been booked. We are leaving tomorrow“.

The quote by James “If you reject the food, ignore the customs, fear the religion and avoid the people, you might better stay home” is something I strongly feel about. I feel like the whole point of traveling is to broaden your horizon and to get to know what’s around you and I was happy to travel with these four people who had taken me under their wings. Growing up in the hilly places, I always wanted to go to beach and find happiness in the sound of the ocean waves and the VIZAG was just the place for it. We visited Yarada beach,Rishikonda Beach,Thotlakonda beach. Sitting on the seashore under the moon light and hearing the sound of the waves was soother than I had expected. We also visited Kailasagiri hill which is at 360 feet and it overlooks beaches, forests & the city of Vishakhapatnam. The night drive and dancing on the Punjabi songs on the roadway was so much fun. The most memorable of all the places we visited was journey to “Araku valley” where we did hiking to the waterfalls and visited Borra caves, the deepest and largest cave in India .Just like any other trip, we did have problem when we ran of out of cash and there was no atm in Araku valley. We traveled empty stomach back to Vizag and were starve to death until we reached Vizag. The trip was much more exciting than I had expected, may be because I was with a right group of people.

When I returned from trip, I was happier and excited . I had gone with strangers and had returned with new friends who were just as crazy as me, or I would say crazier! . Like they say, “Traveling – it leaves you speechless, then turns you into a storyteller” , it was just one of those moments for me.! 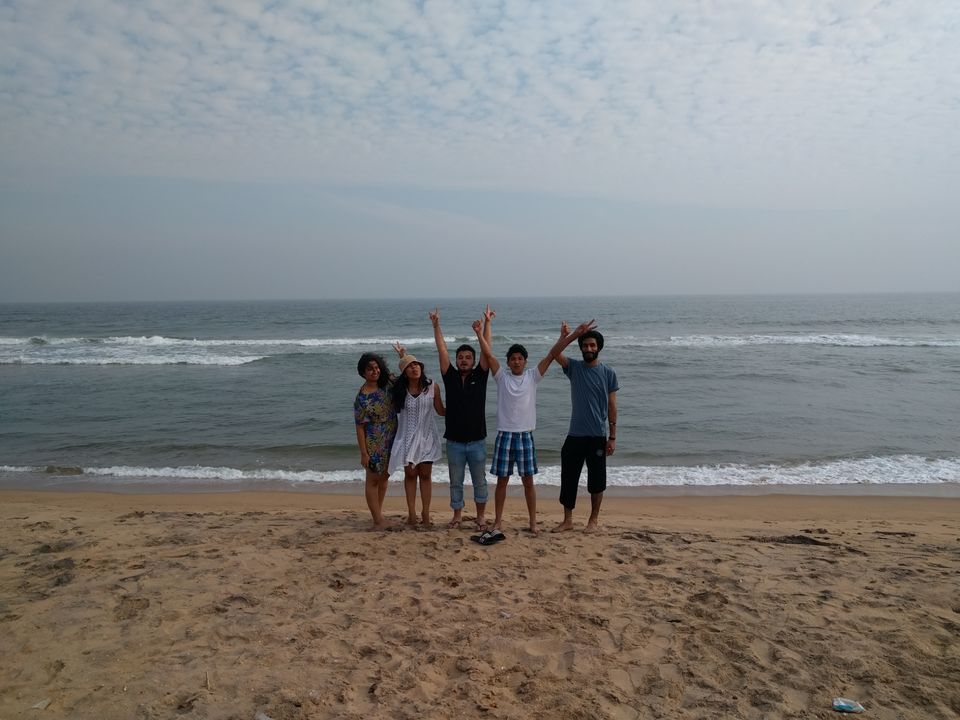