The best angle I got to cap the top 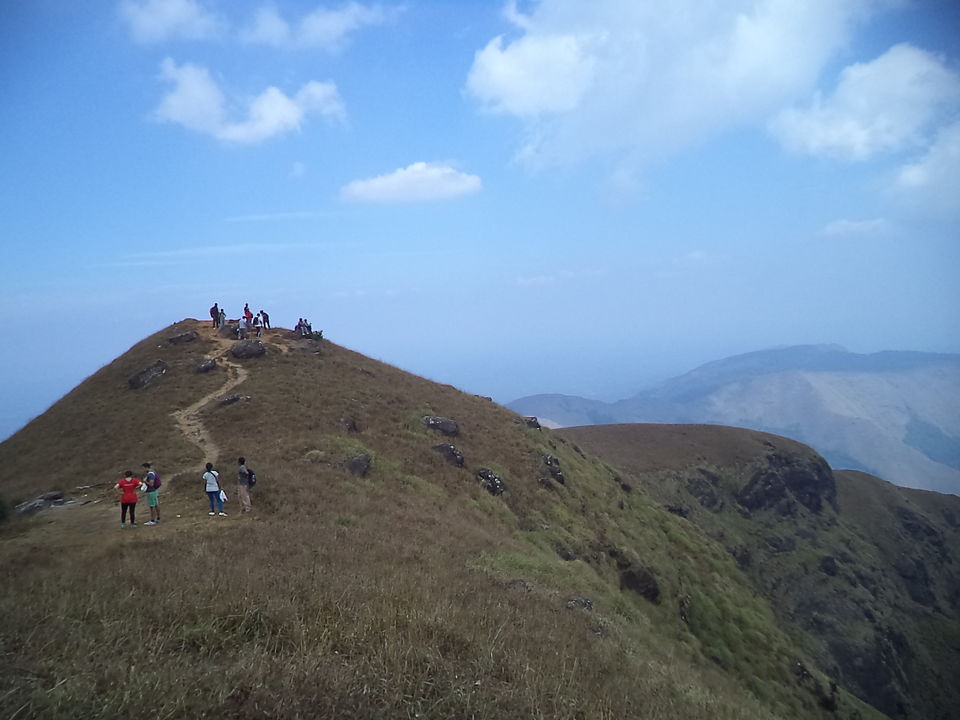 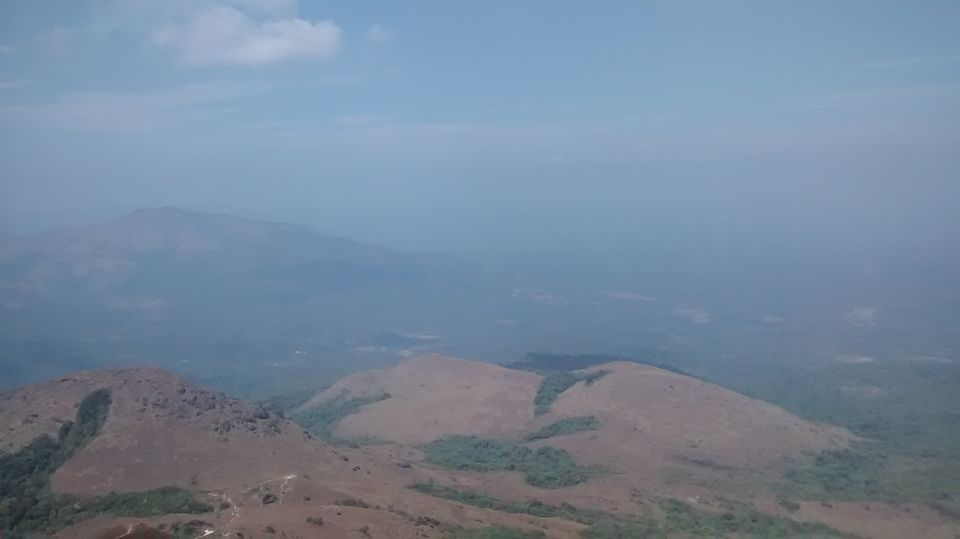 Another snap taken from the peak 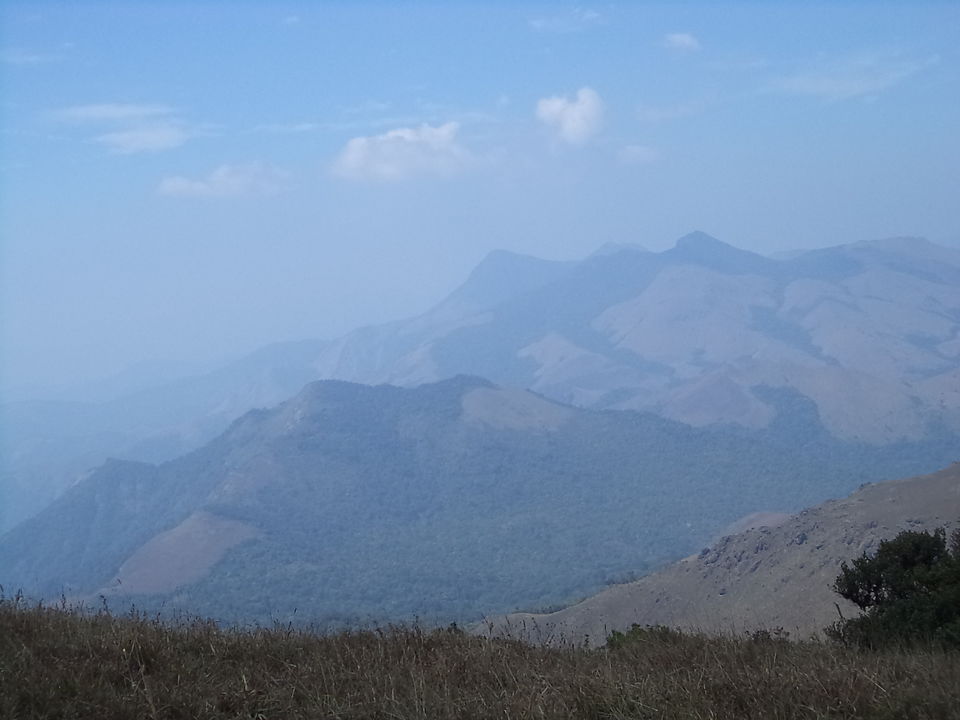 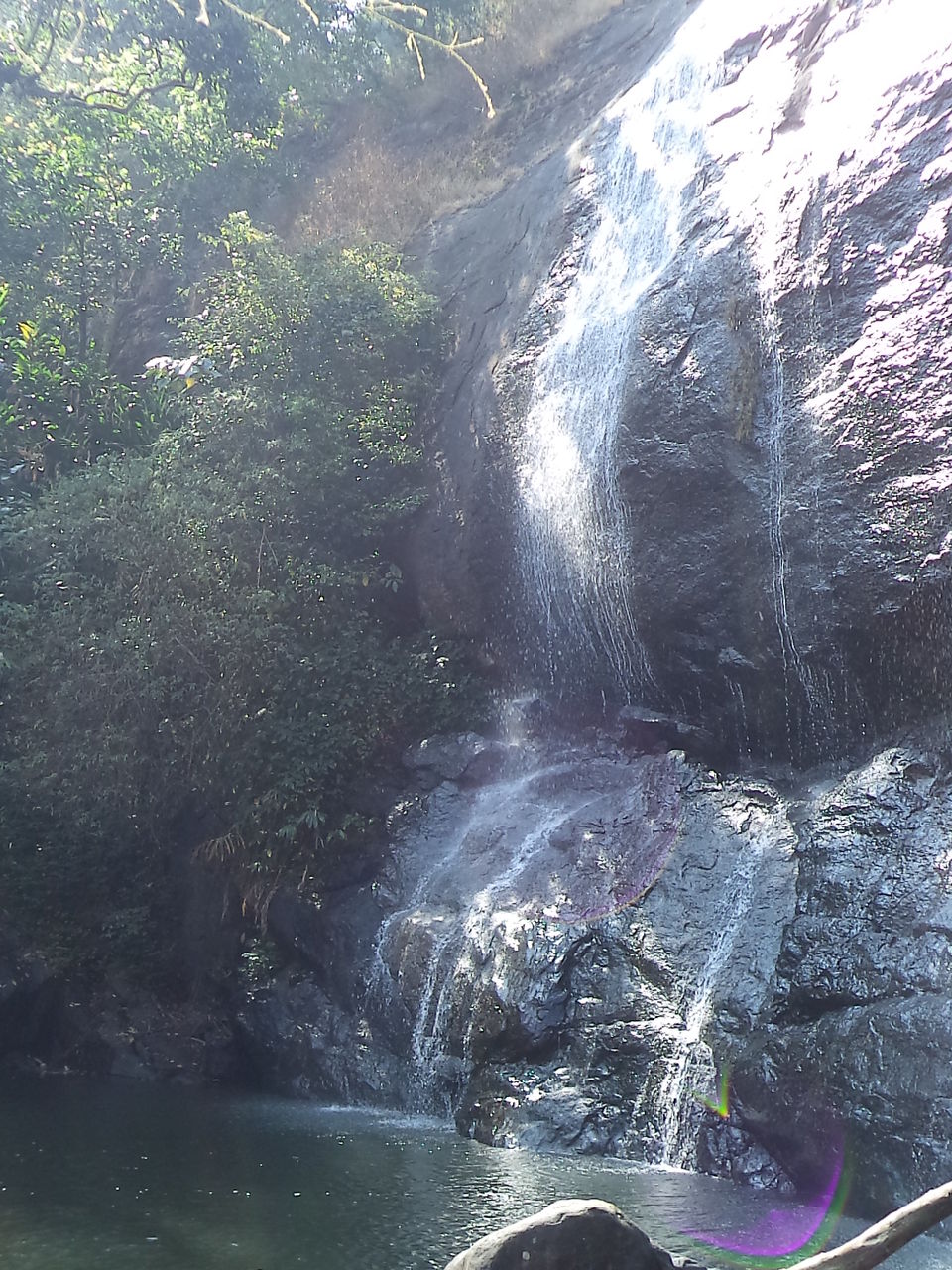 Let's go , get lost for a while 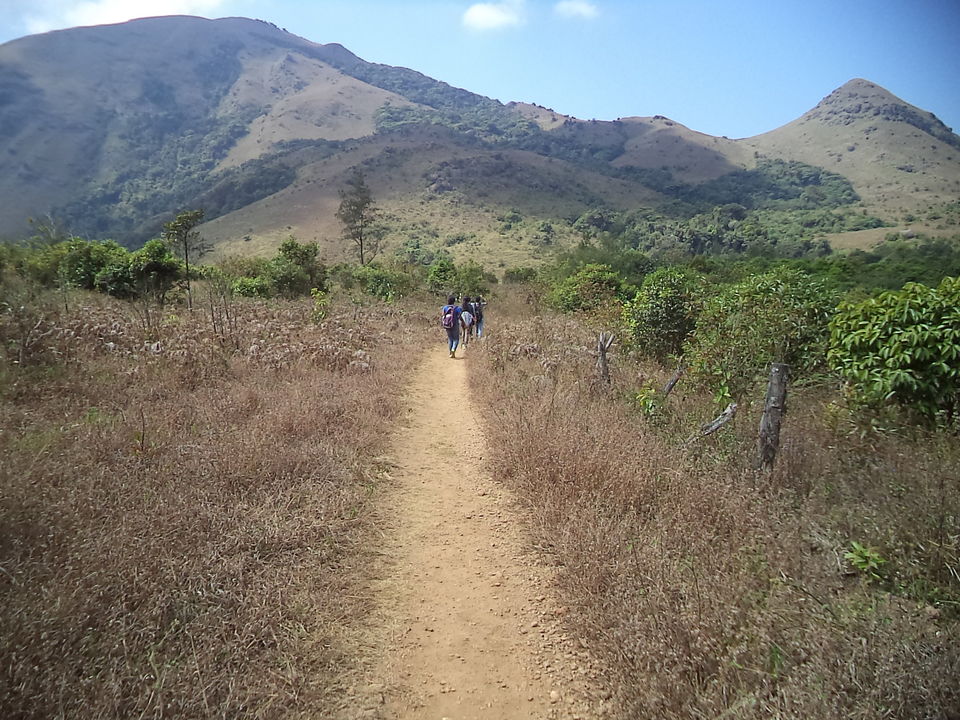 My comfort after some hard work !! 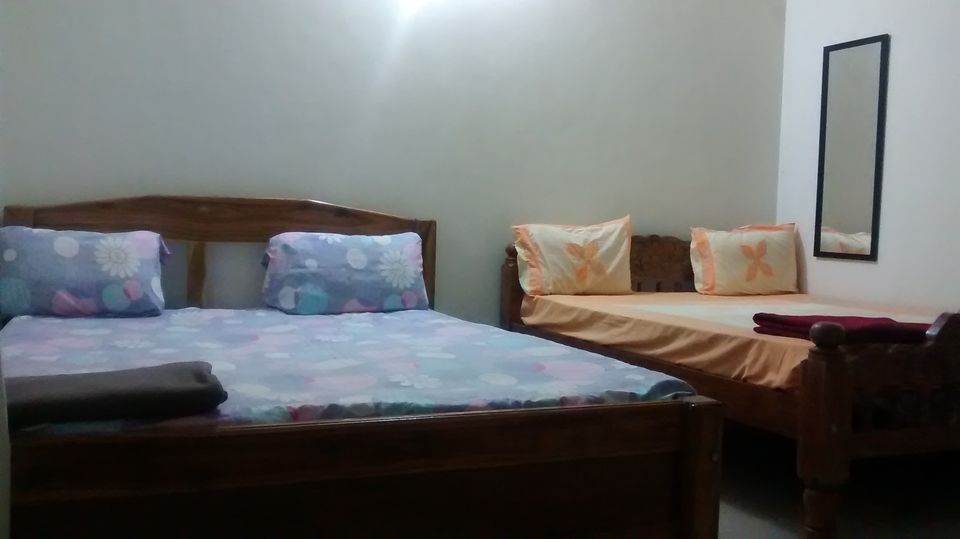 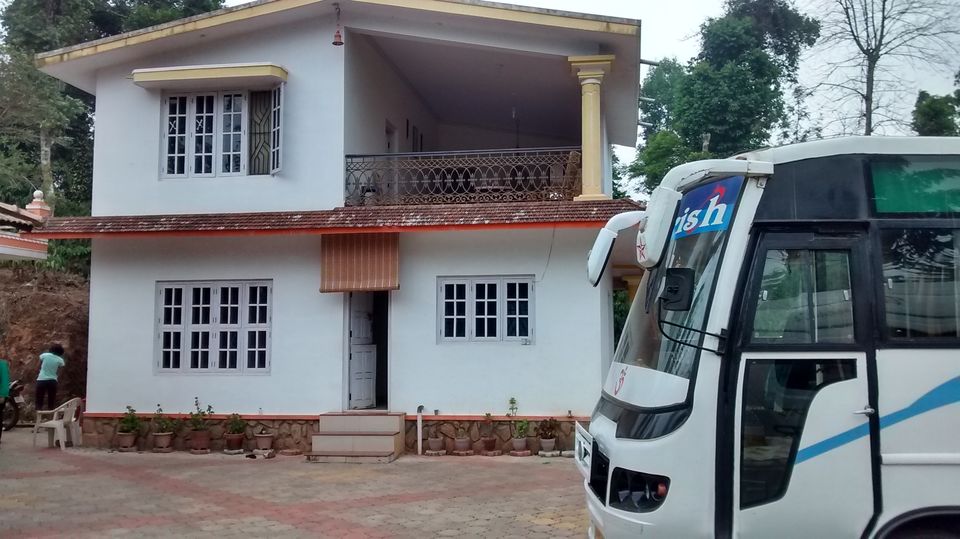 People on the descent trail 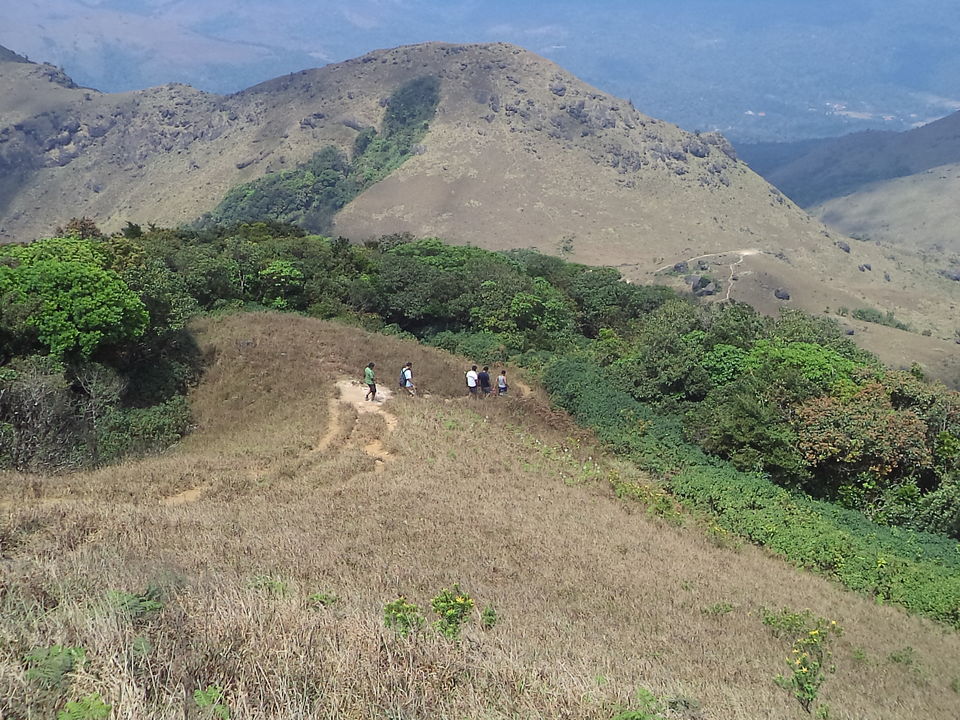 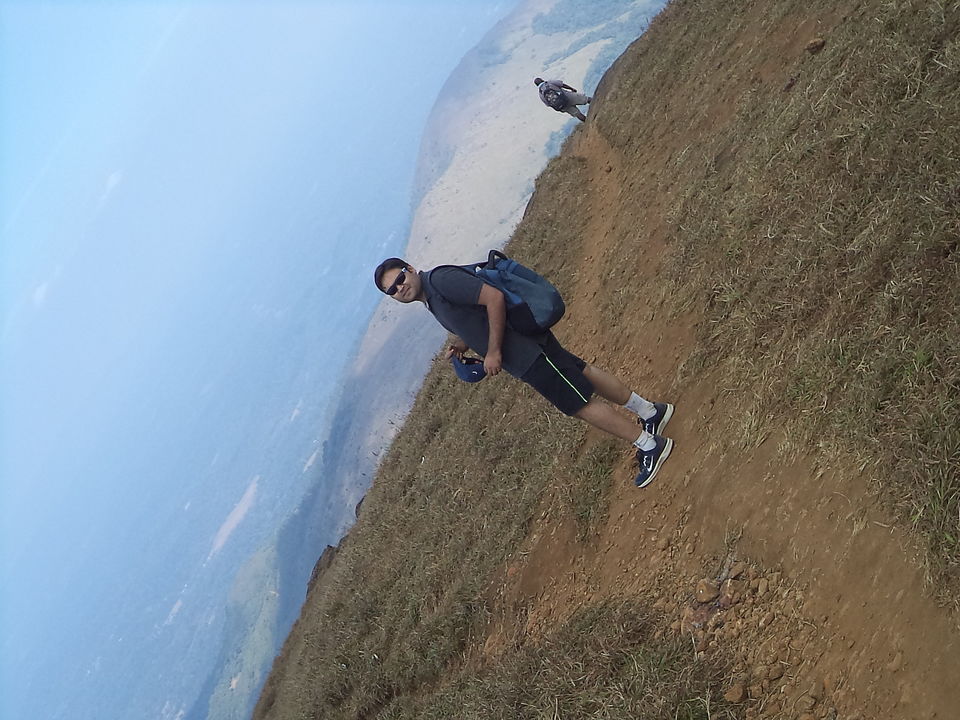 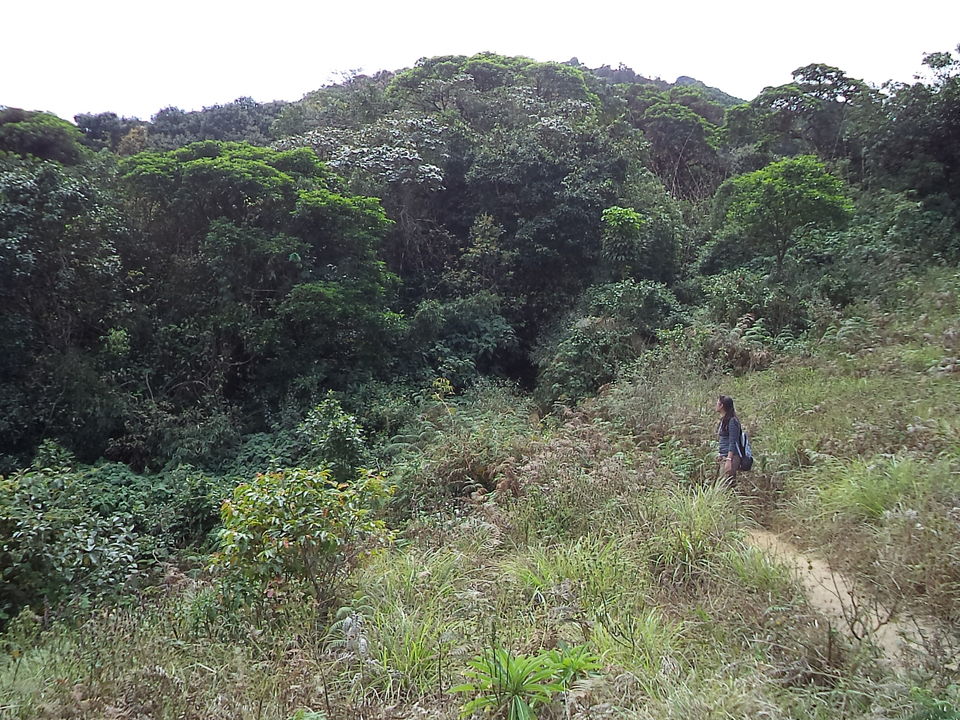 It's dense isn't it 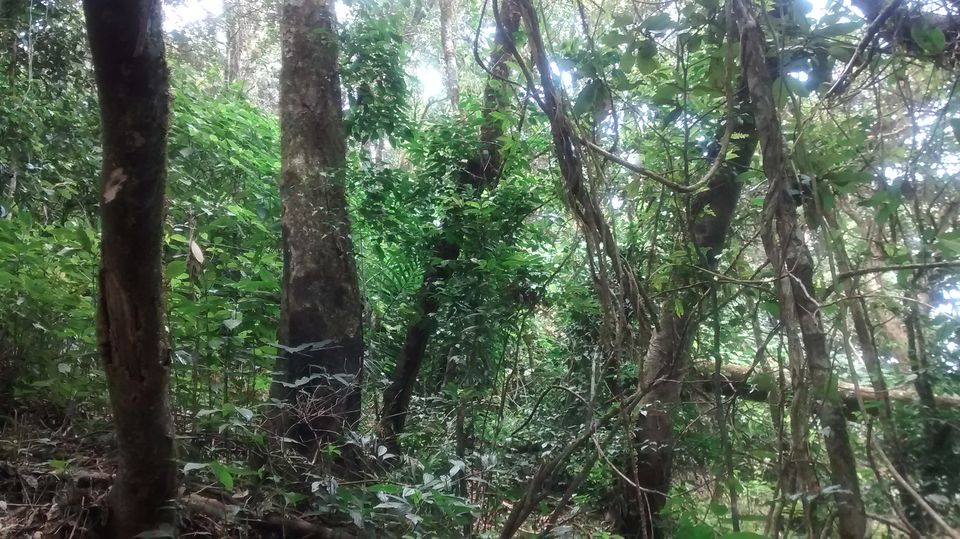 The trail is visible 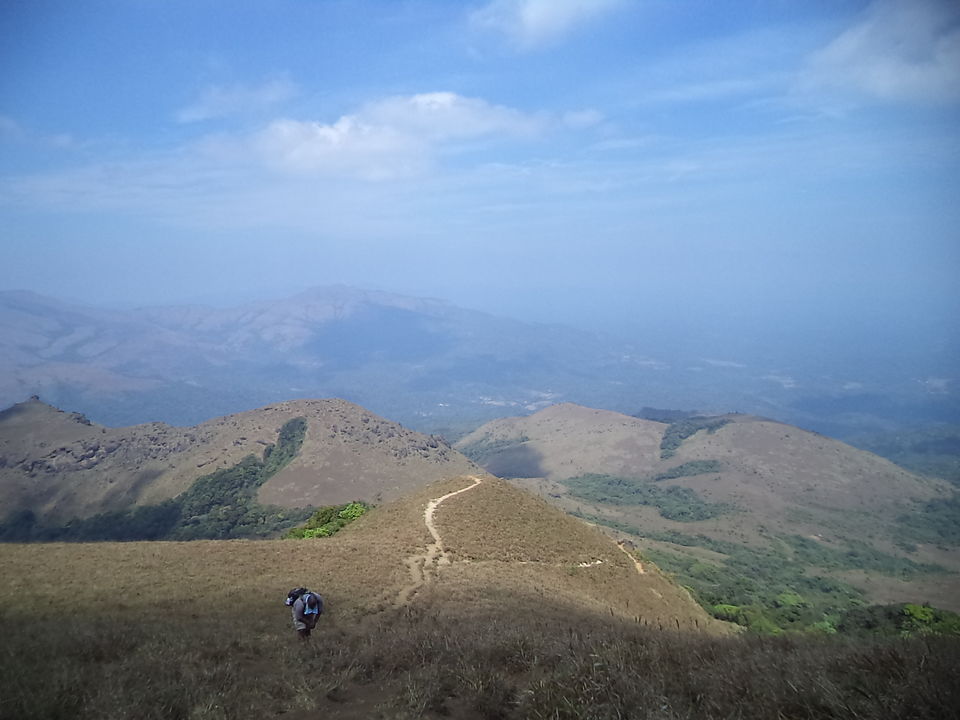 Trek in the jungle 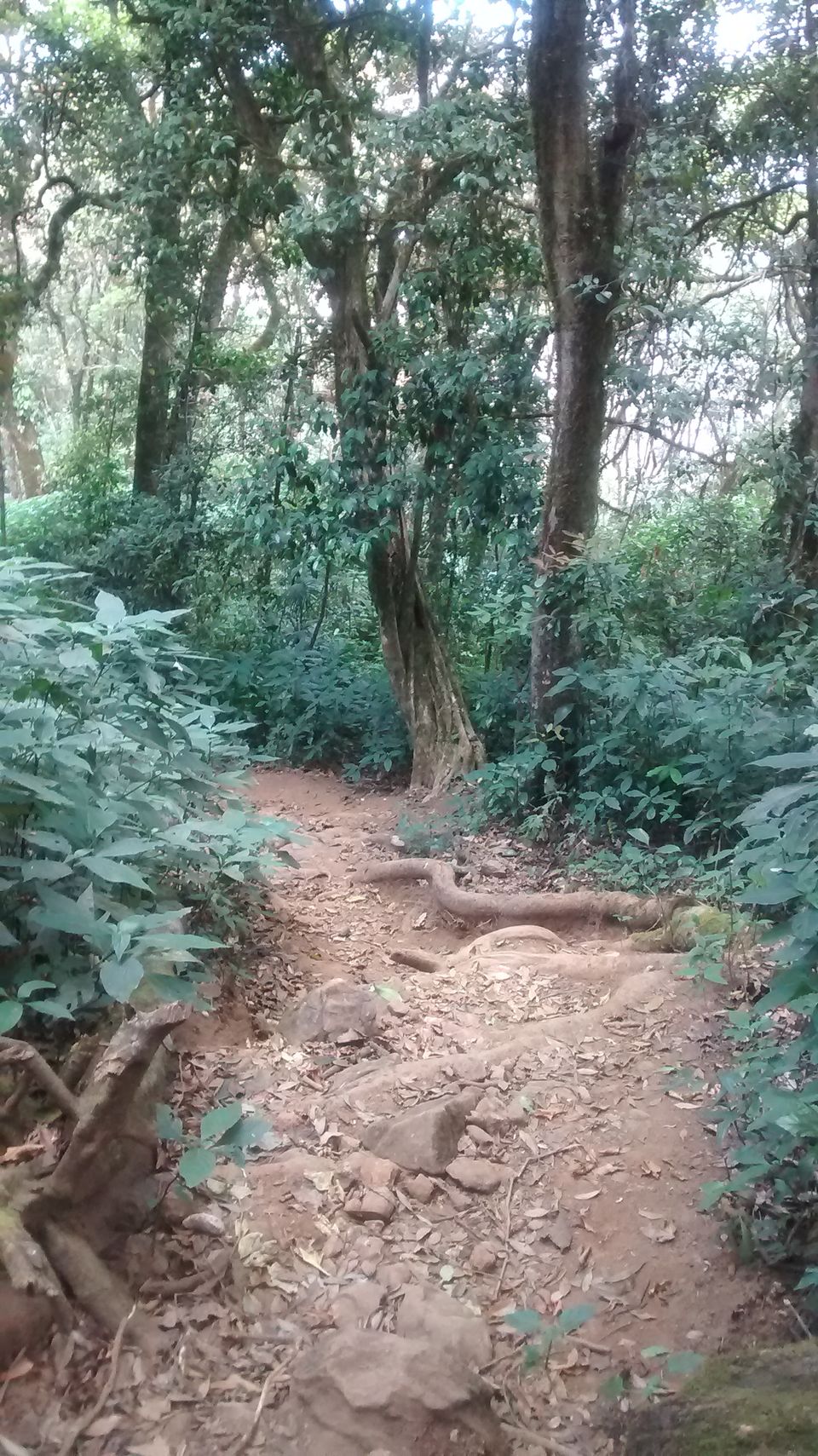 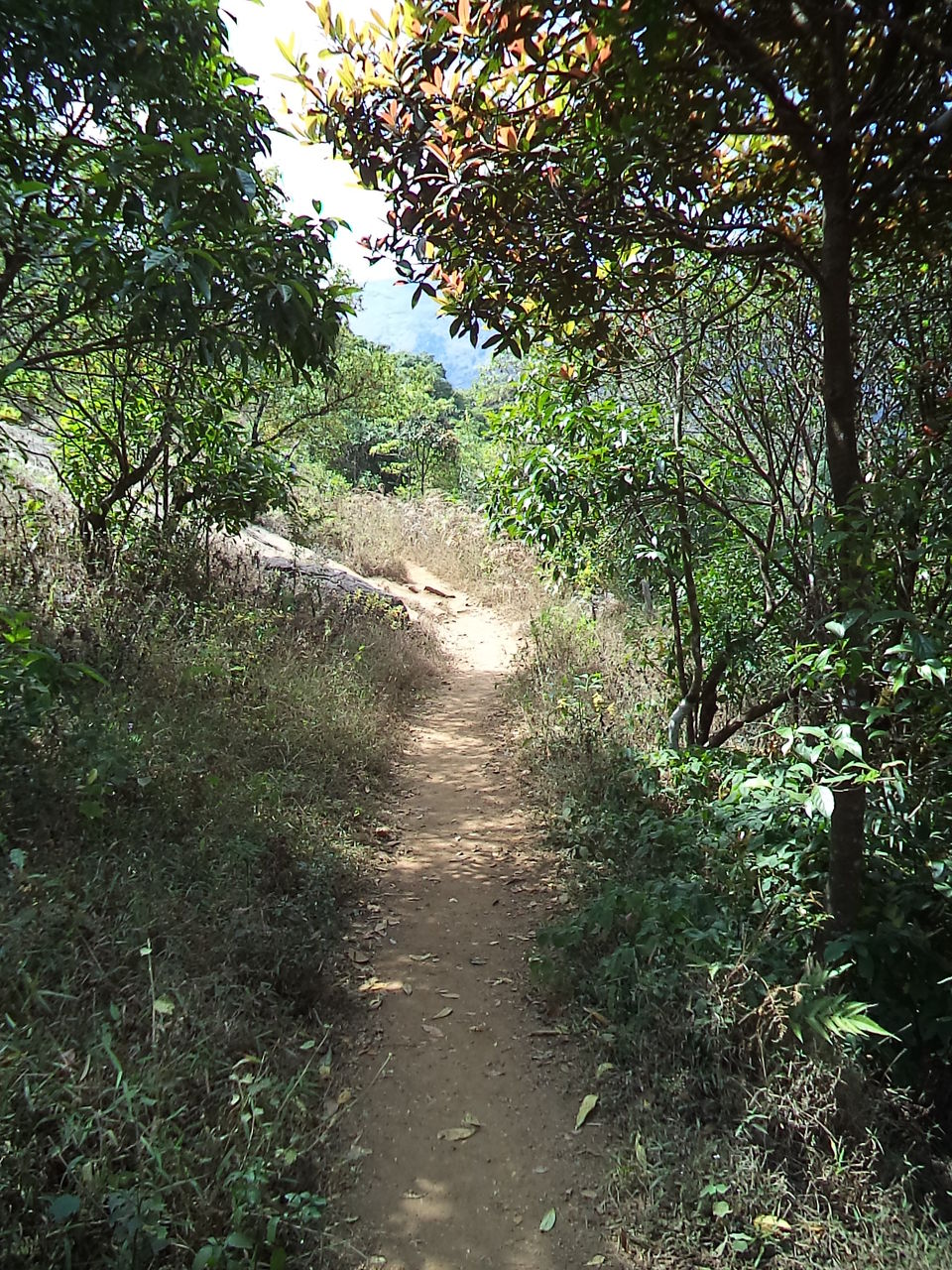 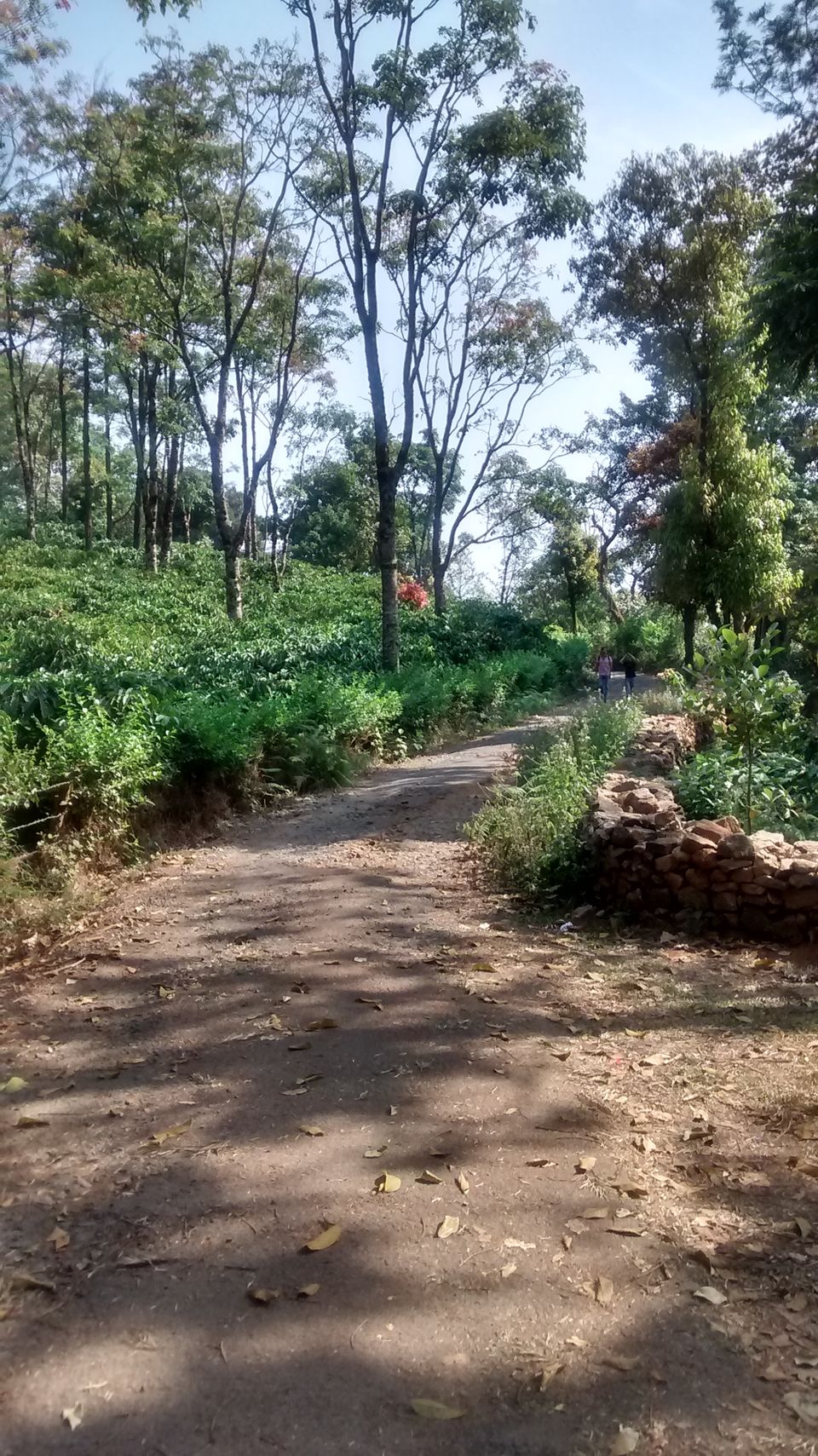 I am not a professional trekker but travelling is something which makes me happy. Throughout my life , I have experienced one thing solitude is different from the feeling of loneliness , it's easy to figure-out & if you really understand it , you start enjoying it more . Travelling helps me clear my thought process which gets hazy in the chaos of daily routine .

"In listening and stillness there is nobody who is still, and this stillness doesn't refer to any object; it is absolutely object-less; it is our real nature."
- Jean Klein

Tadiyandamol( 1,748 Meters) is the third largest peak in Karnataka , it means largest base . The nearest town is Virajpet (Kadagu) & it is 30 Km's away from Madakari . This town is famous for it's high quality spices & coffee .

We started our journey from Bangalore around 9:30 PM in night , there were small hops in terms of break but we managed to reach Virajpet before dawn . I never prefer to abode in hotels because you don't feel a connect to the place . Luckily we got accommodation at this house (no less than a resort ) which was managed by a blissful & charming lady , amid of spices & coffee plantation . The place is called Kadanga , it was a home stay away from home surrounded by lush greenery & fresh air .

We initiated our journey after some breakfast &  once the visibility was okay to proceed . The onset point was away from our hideout , so had to on-board a minibus . The overall stretch to summit is 8 KM's and it is considered to be a moderate trek . The peak is not visible from the starting point as there are several hills are in midst of it . First four Km , the inclination was moderate & it was not that steep . However after this it started became steep , en-route there was also a steep pass-through of a forest . It is known as Shola , which means tropical montane forest separated by grassland & hills .

This was the most amazing part also . From this part inclination was steep , lose soil was making the ascent difficult . Fortunately there were no leeches to avenge us , as we breached there territory . However one has to keep this threat in mind & be ready if you see one of them . While crossing this passage , somehow thought of Sam bilbo stuck  (Lord of the rings ) in that forest, I don't know why .

After three hours since the inception point of trek , we reached at the pinnacle .  I ate my lunch underneath the shades of the trees . However I couldn't spent much time there because of the heat . The Descent was easy as I had to just manage my pace , rest was taken care by gravity . I reached to the base by 4:30 PM . The Bus took us back to our accommodation . The rest of the evening was peaceful , though I was tired but enjoyed the good meal along with bon-fire , crystal clear sky . I don't remember when I snoozed off .

Next day before leaving for Bangalore , we headed for Chelvara Falls , named after Chelvara village . It's a nice place but there was not enough water to enjoy, however I am sure in Monsoon the view would be spectacular . The only thing which pissed me of was the garbage which was dumped by nature lovers , we need to be more responsible as we are accountable  for our actions .