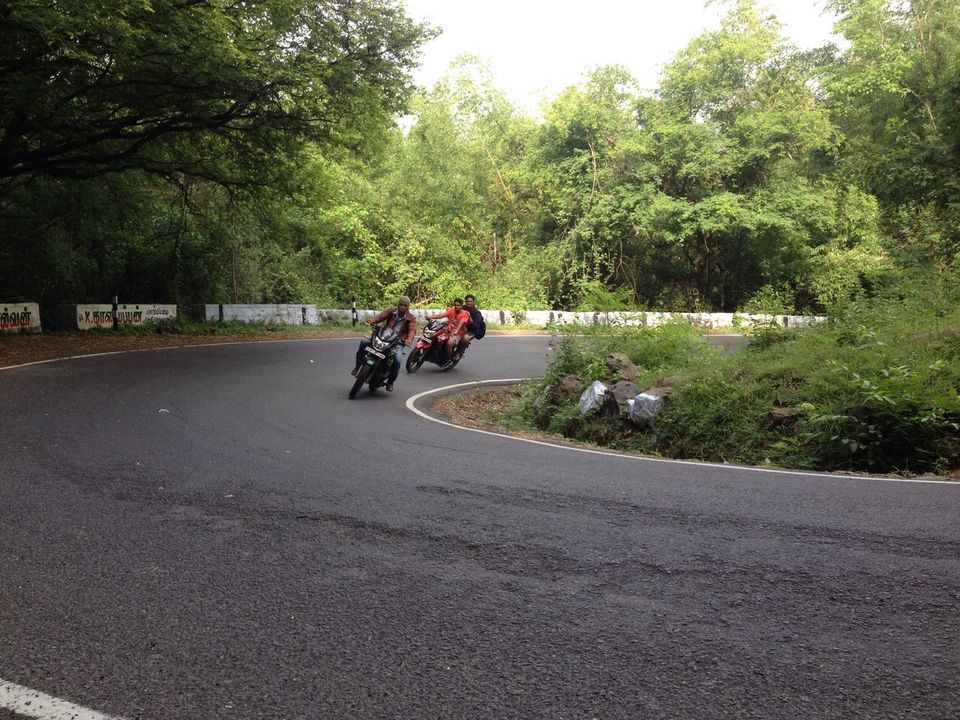 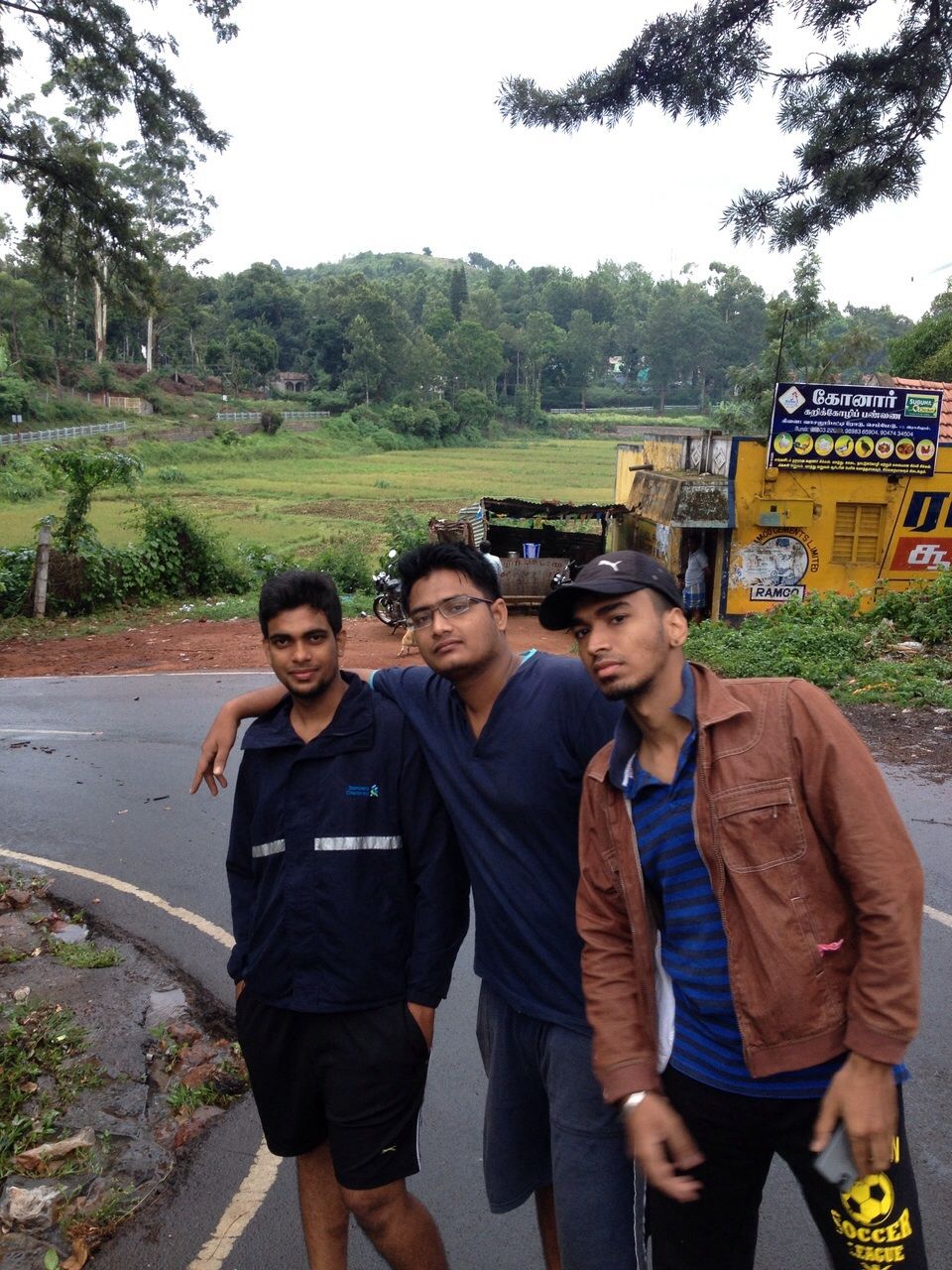 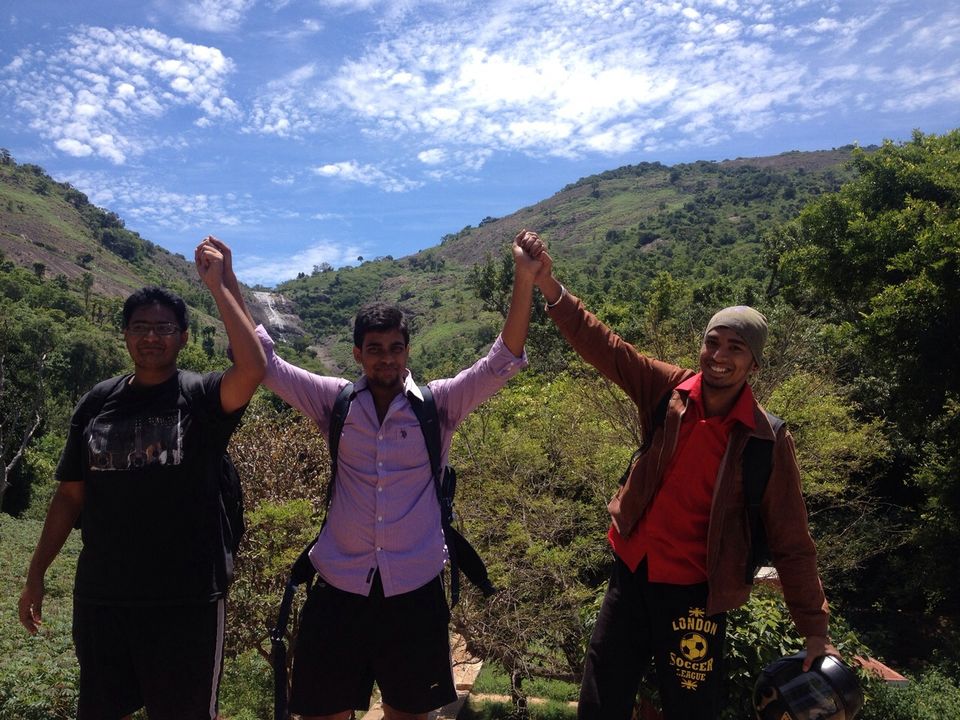 Hope many of you would have heard the story of kolli hills , if not there you go. I will take you through the adventurous journey of kolli hills. We r a gang of four , the adventure freaks. What Is so adventurous about kolli hills? . If you are a road trip lover and u stay either n bangalore or chennai , then trust me kolli has got the best to offer u. We were riding all the way from chennai in two motorbikes (hero honda hunk) .We started from chennai at 9:30 pm on a Thursday night and reached the bottom of the hills the next day (friday) morning 7 .a.m . We were totally exhausted since riding all through the night and the tiredness stayed untill we ride through the 1st hairpin bend of  beautiful kolli hills. Adventure starts from right at the bottom of the kolli hills. Take a bike with which u r used to , riding n kolli s thrice the times risky compared to riding in other hill stations in the South India. A total of 72 hairpin bends , each and every hairpin bend challenges or tests ur riding skill in some way. As we climbed the hill, we felt the fresh breeze which I have never sensed in my lifetime so far.A resident and a tea seller in kolli hills Mr.Ponnuswamy claims that one who senses the fresh air in kolli hills between 12am-5am will never b affected with any sort of respiratory problems, The reason being kolli has got a lot of trees having medicinal value in it. Mr. Ponnuswamy's curiosity level was high to explain about the kolli hills, so our eagerness popped to ask him about the ghosts in kolli hills for which he replied with a smile in his face saying " I have stayed in kolli hills for 60 years and I have never seen a ghost so far nor my frnz" and he also added this rumour might disallow  people to take a trip to kolli hills and in one way that is really good for the place to be very less commercial, hence this might b the reason for majority of the  people to undergo farming as their occupation. So here I conclude , if you are dare enough to take a motorbike trip to a remote place which has 72 risky hairpin bends , then surely you are an adventure freak and if you complete all the 72 hairpin bends without a fall or a slip from your bike then you have successfully reached the top of the "Mountains of Death"  and then after you can ride anywhere in the North India.