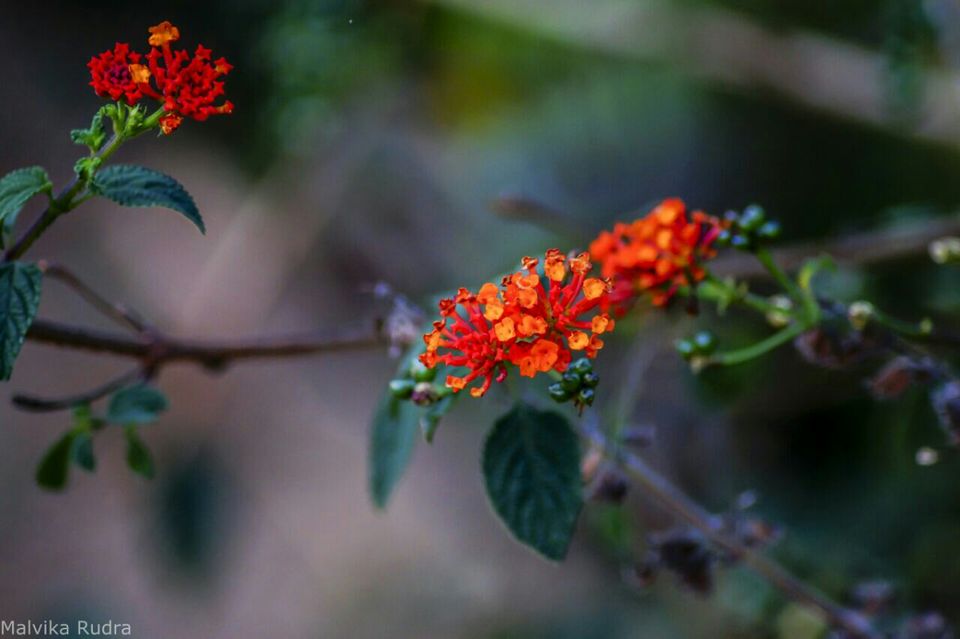 Emily Dickenson, a great American poet of her time once said that, "Hope is the thing with feathers that perches and sings the tune without the words and never stops at all." Every time I think of birds or I go for bird watching this quote automatically pops up in my mind. For me birds are a symbol of hope and freedom. Bird watching involves its own pleasures that only acquisitive birders enjoy. But even if you are not an avid birder but you love nature, you can be a part of this happiness. 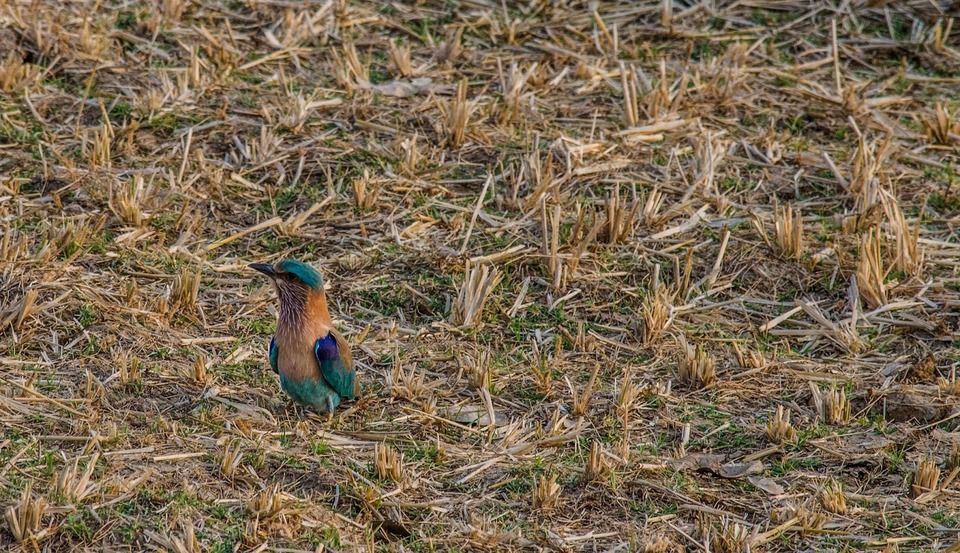 Nature has endowed humankind with myriads of species of birds. I believe that one life is perhaps not enough to know about all of them. Their sounds and whistles and the pleasure that one receives in identifying the different sounds made by different birds is ineffable. For the aficionados, even the flutter of a bird's wings is a way to identify the kind of species. Not every bird but a few such as Green Pigeon, Painted Stork etc. can be identified through the unique sound of their wings. For me their twittering and chirping is a true source of joy and certainly for all those who love birds. 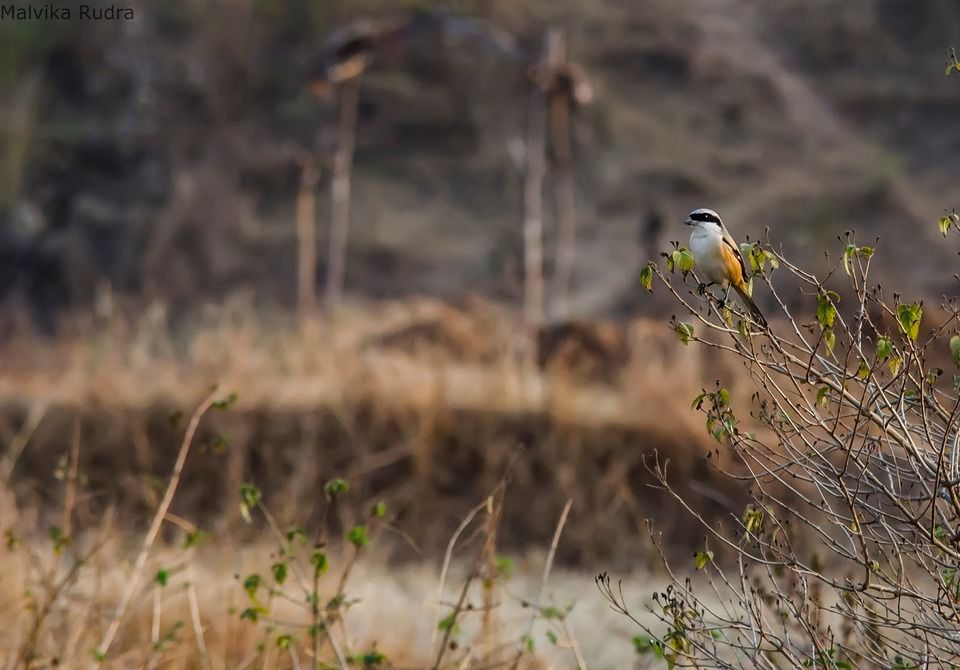 I recently went for an interesting bird walk during my stay at Pench Tree Lodge situated in Pench - the Land of Mowgli, Central India. Although I do not have much experience in birding but I am a curious bird observer and love to know and read about them. I stayed in the lodge for an entire day and was spellbound on seeing its beauty. The lodge has six tree houses that absolutely blend with the environment and every single second you would feel as if you have settled into the lap of nature. Before our lunch, I was generally talking to the naturalist regarding my interest in birds. Seeing this eagerness, he asked me if I would be interested to go for a bird walk the next morning. I was ecstatic when I heard this and was more than willing to go. Our walk started early on one of the winter mornings in February. Though the weather there was pleasant but mornings were cold and beautiful. 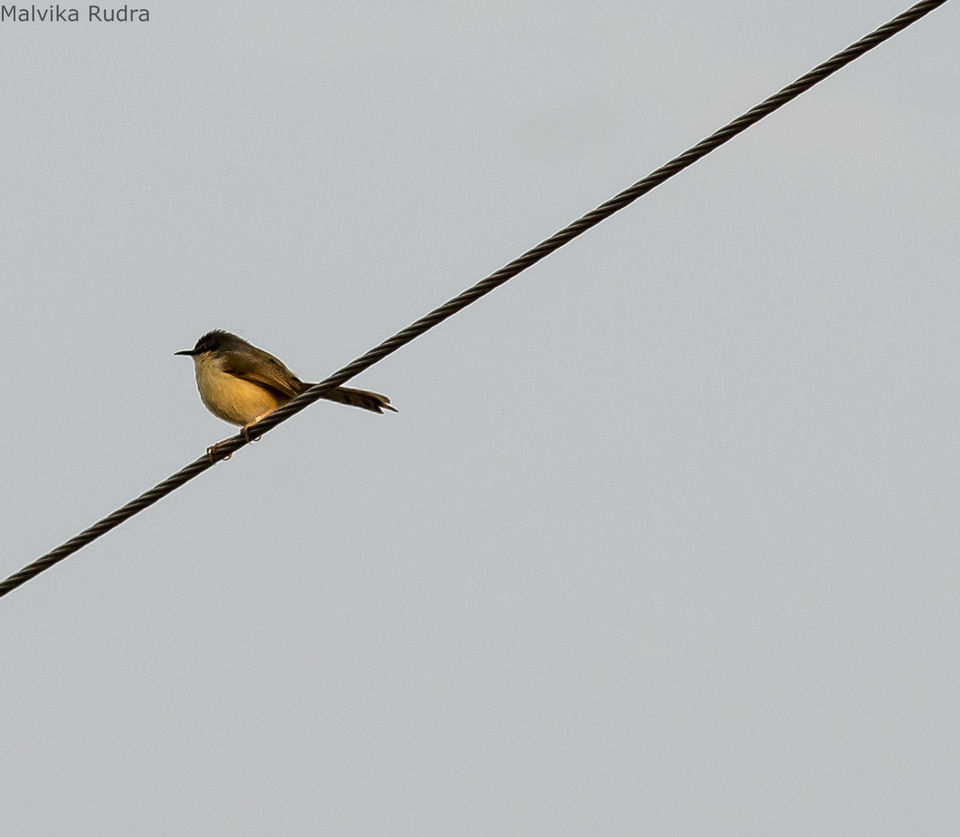 I was accompanied by my colleague Kanushree and by our naturalist Mr. Rakesh Solanki. Like all other naturalists he too loves wildlife ardently. He is an experienced wildlifer with an in-depth knowledge of birds. He carried two binoculars for us. I and Kanushree were ready with our cameras. I carried a notepad as well to record all the observations. If you wish to indulge into serious birding and want to inculcate this hobby, it's a good idea to carry a notepad and a book comprising information on birds. 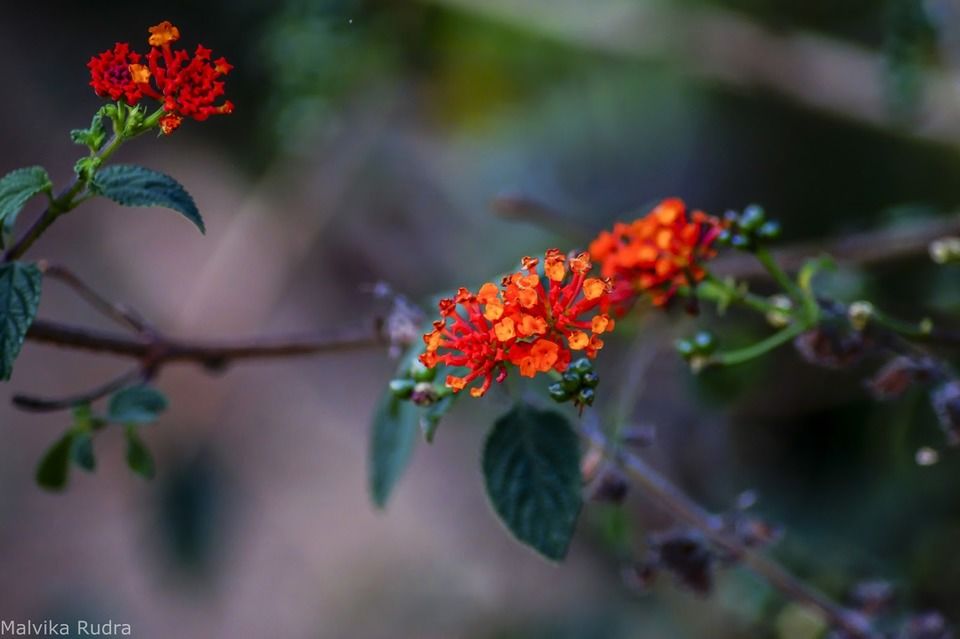 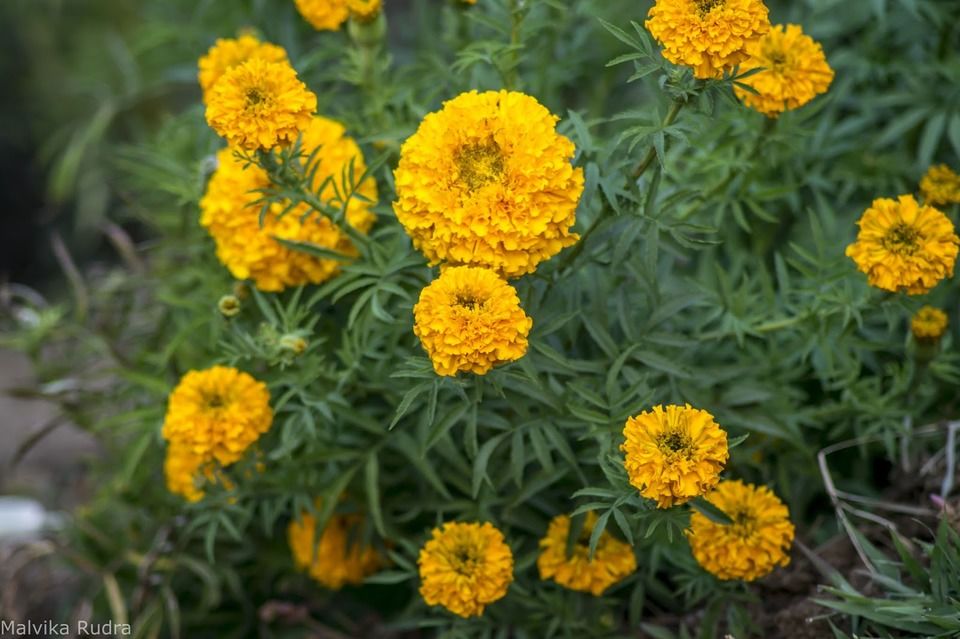 Ostensibly the weather looked perfect for birding but somehow the lighting conditions were not favourable for photography. I am a passionate photographer and I utterly love to click wildlife. Anyhow, I was enjoying each moment and a constant sound was echoing in my ears. I was quite certain that I had heard the sound earlier also near my house in Delhi. Inquisitively I asked our naturalist about the sound and he told us that this sound was being made by Crimson-throated Barbet (Psilopogon haemacephalus) also known as Coppersmith Barbet. We followed the sound and finally we found out our sound maker sitting on a tree. Meanwhile we also enhanced our knowledge of the flora surrounding us. Scarlet Glory, Lantana, Palash, Mahua, Camel-toe Leaves, Marigolds were some of the beautiful flora which I was lucky to photograph. 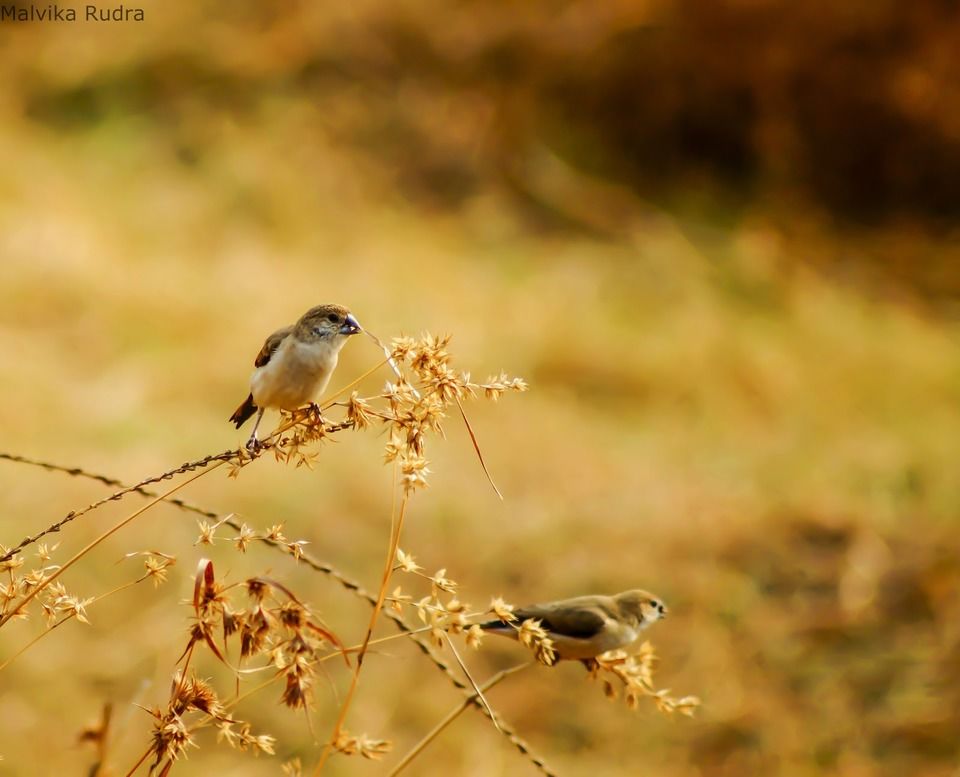 There were a couple of common birds that I had spotted and seen earlier such as Jungle Babblers, Lesser Goldenback, Common Bushchat, Pied Bushchat, Black Drongo, Indian Robin, Paddy-field Pipit, Green Bee-eater, Greater Coucal, Indian Grey Hornbill, Spotted Dove, Long-tailed Shrike, Indian Roller, Oriental White-eye, Tickell's Blue Flycatcher, Black Kite, White-throated Kingfisher, Purple Sunbird, Common Wood Shrike and many more. But the excitement to spot the same bird again is no less than the first time. I believe each time we spot the same bird and observe it keenly we get to know about different behaviours of the same bird. My excitement knew no boundaries when I spotted an Indian Lorikeet (Loriculus vernalis) and its beautiful colours just swooned me. The excitement was doubled when I saw a few birds for the first time in my life such as Scarlet Minivet, Small Minivet, Black-naped Monarch, Lesser Whitethroat, Ashy Prinia, Large Cuckoo-shrike etc. 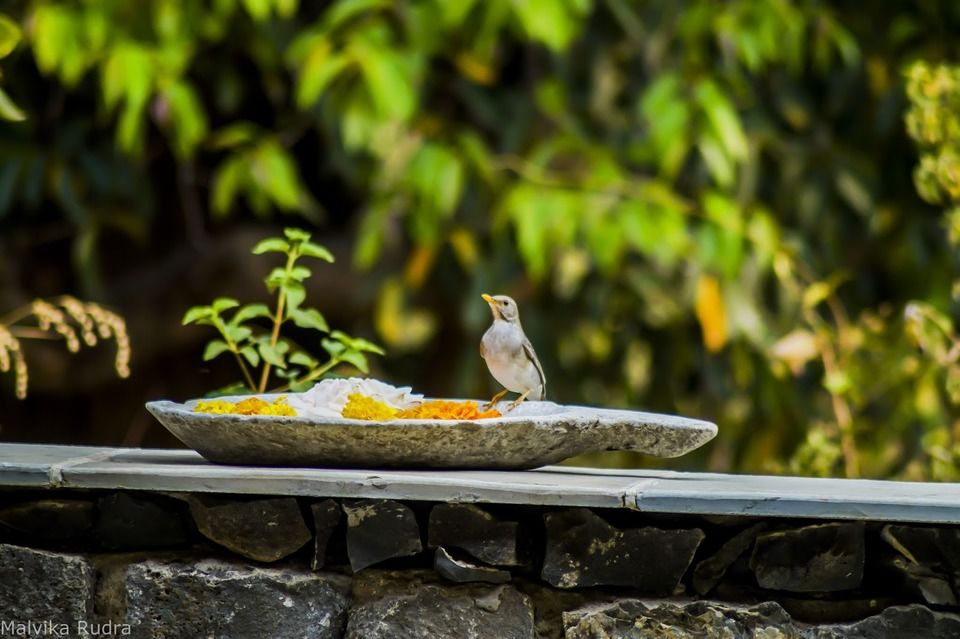 As we continued our walk inside the property, we came across plenty of bird species. It is quite impressive that the property itself is home to more than 55 speciesof birds both resident and migratory that are found in and around the lodge itself. Beautiful tall grass and flora within the lodge attracts a lot of birds' as well as small mammals such as rare Jungle Cats and Palm Civets and I did see a Palm Civet eating his dinner at night. Nevertheless, during our walk I realized a tiny bird was our constant companion. Our naturalist told us the bird was Pale-billed Flowerpecker or Tickell's Flowerpecker ( erythrorhynchos ). The bird is only 8 cm long and is the smallest bird in India.

One bird that I eagerly wished to see was the Wire-tailed Swallow (Hirundo smithii) as I have always seen it in the pictures and found it very beautiful. As soon as I said that, my wish was granted. We saw a couple of distant Wire-tailed and Red-rumped Swallows hanging on a wire but fortunately I could see them properly with the help of the binoculars. Another bird that was there on my list of 'must see birds' was Indian Silverbill (Euodice malabarica). Luckily I saw a couple of them. Honestly, if I had plenty of time I could have watched them doing activities the entire day as I was so engrossed in watching them.

As we were about to conclude our bird walk, a rare bird pulled all our attention towards it and watching it was adding a feather to the cap. It was Tickell's Thrush ( Turdus unicolor), a passerine bird in the Thrush family. I had been hearing a lot from Rakesh Ji about this migratory bird that had recently started visiting the lodge. And watching it at the end was no less than a treat to me.

All in all this has been my best bird walk till date and I am certain that a lot more are yet to come. Bird watching is something that makes me forget everything and gives me strength. It wasn't required to go anywhere far as the lodge itself inhabits plethora of birds and flora species. All in all, the walk turned out to be a fruitful one. Not only I got to learn so much about birds but I also learnt from them the true meaning of being free.

This post was originally published on The Colourful Ocean.