The Keeper Of The Morung

The Keeper of the Morung 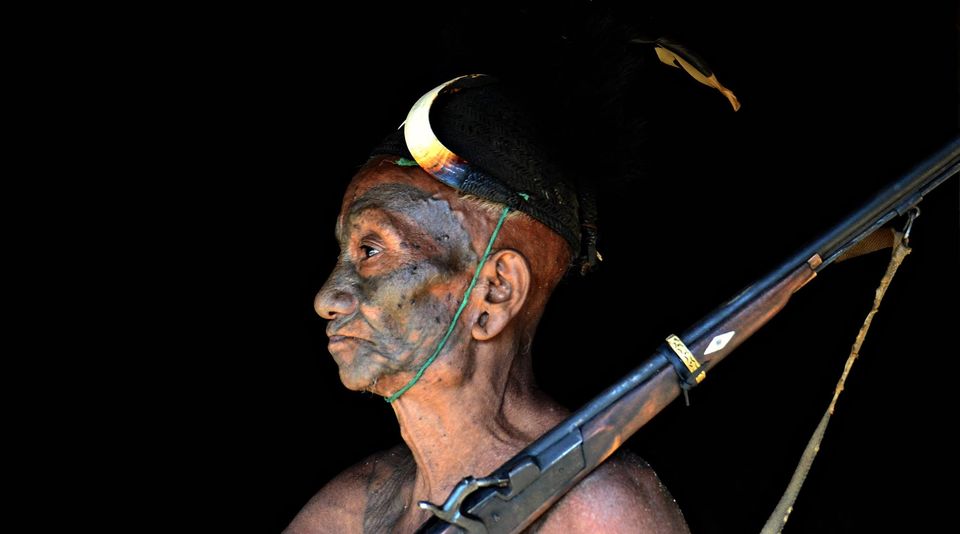 [Minyong Konyak was once the keeper of the Morung of Longwa, the most sacred building, the protector of Konyak culture. With the disintegration of almost every aspect of Konyak culture, we interact with Minyong and learn what he speaks from

"Fight, kill, take the heads, bring them home and it is done. I get my pride. They have their defeat Isn't that simpler than trash-talking and backstabbing and conspiring which you kids do every day?" asked the 80-year old Minyong Konyak with an expression that said he had no expectation for an answer because he knew he was right. After all, this is what we do in the age of rights, law and punishment. For them, their war started either with two kings wanting the same woman or two tribes claiming a common land. But this was the mysterious village of Longwa, the land of the last of the Konyak head-hunters, situated in halves in India and Burma.

Longwa looked like it had clung to the history of its people all throughout and made these stories its silent identity. Its air smells of this history. Its huts show it: their entrances embellished with huge gayal-horns and their retired huntsmen taking long drags of smuggled opium from eastern Burma, cherishing their ignorance towards time and monotony. It is true that what any curious traveller would get to hear, within their tales on their yesterdays, is a collective distress hidden in resignation.

Minyong took pride in explaining to me the significance of his tattooed body and face, but regretted the absence of the same on his neck which meant he could not hunt more than five human heads throughout his head-hunting career, and he looked like to come out of the shackles of this anachronism which he still believes in with utter trust and faith could not be accepted by his illiterate self. But I never wanted him to stop. I was listening to something that perhaps a decade from now would be contaminated with falsity and opinions. What I was grasping was pure and from the performer himself: the purpose of my journey. Our guide told us that Minyong was the keeper of the Morung, the most important building in the village, once upon a time. So what he told me was this: "Once upon a time this Morung was all I lived with. But as much as today's Konyaks would talk about churches and Gods, Morung still is the church of Naga culture. To my young boys, I used to tell stories of our wars, our rich history. I taught them how to fight. So the Morung might be deserted, but it isn't dead till I am."

"So where are the skulls?" I could not wait but ask. Minyong's bloodshot eyes rose and looked away to the forests and the wrinkles above his lips stretched with concern. "The missionaries took them away." he said with a seemingly involuntary touch of care on the tip of his blunt spear. Amidst a silence, I was hit with a sudden sense of awareness towards a culture that was dying, no matter how good the reason was, but why I felt so was much deeper than this in particular. So many cultures around the world are in the verge of extinction, being buried underneath the overpowering tides of development. And people like Minyong still are warriors till their ends: just fighting against their pride with their inevitable present by their sides.