The lesser known wonder of the Western Ghats 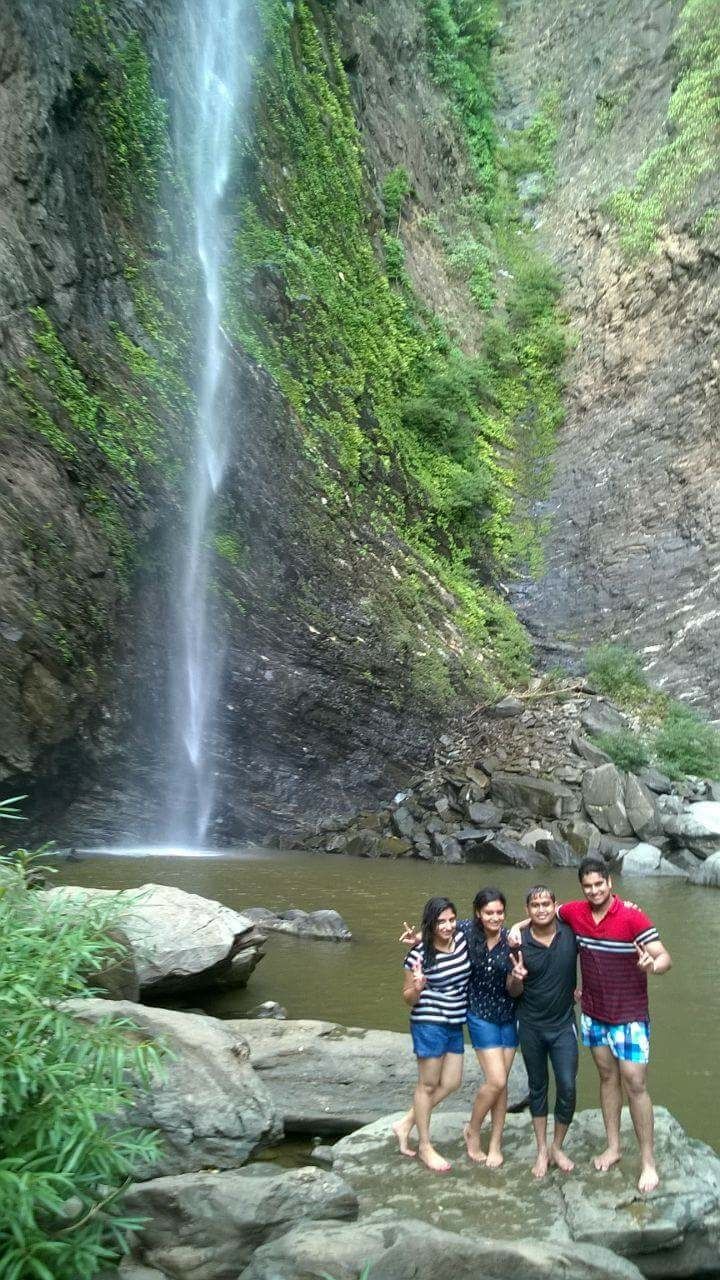 When we talk about holidays most of us are more keen to visit the well known tourist attraction spots. Very few actually have an instinct to explore a lesser known spot, for obvious reasons, it is very less talked about or heard of . Seetha falls, better known as Koodlu falls is one such lesser known spot not many know about but is one of most picturesque waterfall located around 42km from Udupi near a small town Hebri, Karnataka.

We were a group of 7 budding dentists from Mangalore. We started our journey from KSRTC bus stand in Mangalore and boarded the local bus from Managalore to Udupi. On reaching Udupi we learnt that we had to take a bus to Hebri which was about 30 kms from Udupi. We had started for our destination knowing the waterfall is just a 4km trek from Hebri but to our surprise it was not so. There began our filmy adventure. On reaching Hebri we found that the waterfall was a part of the Someshwar Wildlife Sanctuary and there was no bus service to the checkpoint . We went to a local car rental shop to book a private car to take us to the check point but to our misfortune all the cars were already booked. The manager there noted that we were students of Manipal University and offered us some help by talking to the local auto rickshaw drivers and booked us two auto's.

We finally made start to the checkpoint from where the trek begins.It was almost noon. We divided ourselves in groups of 4 and 3 and occupied the two auto's respectively. The exquisite view of the Western Ghats is what grabs your attention completely. The road to the checkpoint goes through the buffer zone of the Sanctuary and all you see around is wide stretch of green more like 50 shades of green.

Our auto rickshaw driver had quite some knowledge about the place and spoke a lot about the local residents,their habits and how the condition of the roads degrade during monsoon. The two autos were moving together until there was diversion and the two split. I asked our driver as to why the other had taken the other route to which he calmly responded that it was a shortcut to the destination and we would meet at a common point. I was convinced enough and so were the other three with me. The beauty of the route had us completely and we enjoyed our way to the checkpoint which almost took an hour. The other auto was yet to reach. The checkpoint had one small shack which was like a retreat to hungry travelers. We enjoyed the bread omelette while waiting for the other three to arrive. Half an hour and we had no sight of the other auto, we waited near a flowing stream close to the checkpoint for almost an hour. The area had no network connectivity so we could not connect to our friends in the other auto and took turns one by one to check the arrival of the other auto.

All the excitement seemed to cease as we had almost waited for over two hours for our friends but could not locate them yet. We started asking random tourists whether they had spotted any auto on their way to the checkpoint and got to know there was an empty auto with no one around. We started panicking as we had no clue about where the other three were. We kept asking and nobody had spotted them on the way. We decided to go back to Hebri guessing they might have returned to the bus stand. We had already sent our auto to look for the other other leaving us no option but to ask around fellow travelers for help. In process we came across a driver who gave us the piece of information that on his way to the checkpoint he had let 3 extra people to join the other tourists so he could help us back to the bus stand. We understood the three were our friends, relieved and annoyed we started the trek. The trek looked simple enough but it was not. The month of may marked the onset of early monsoon so the weather was quite humid.

Steady steps, holding onto each other we managed to take the 4km uphill trek. Unlike some well known waterfalls in Karnataka which have paved steps leading to the falls this was a self made path by travelers. It surely gives one the feeling of mountain climbing.

The steep path ends with the amazing view of a gigantic waterfall. The unusual thing about this particular waterfall is that it gives you an optical illusion, bounded on all 3 sides by high cliffs.

One can simply not control the urge to jump into the shallow water body created by the waterfall. Without any hesitation we jumped into the water. The water simply had healing powers. The chilling water and the cloudy weather offered the perfect combination. We spent more than an hour at the spot and then made our way back.

Koodlu falls is one of the best places for a day trip. People who love travelling should not miss out on this place. Who knows you might have an adventure of your own.