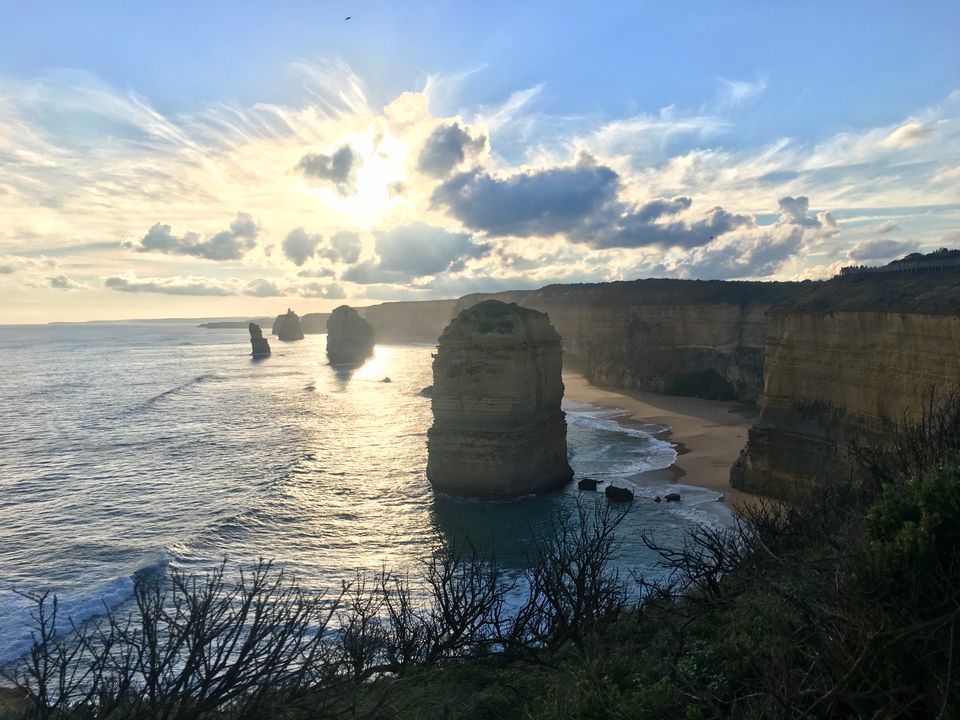 Whilst on the Great Ocean Road, one will encounter a wide array of viewing points to the apostles and most of these destinations have a fable centered around them, one such fable being this. The validity of this fable I leave to your discretion, the deliverance of which I will do to the best of my ability.

During the years of the First World War, many people of Ireland were migrating to other countries due to the repressive conditions imposed upon them by the British. To seek respite from the oppressive conditions, a ship with 54 members on board sailed out towards the coast of Melbourne.

Almost two days off the coast of Australia, the ship faced a terrible storm and the captain not being able to manoeuvre the ship, ended up hitting the reefs. The ship wrecked and there was only one known survivor, a young boy named Tom, who belonged to the lower classes of Ireland. Being stranded in the cold water that was swept up from Antarctica, hypothermia would set in if it were not for an upturned boat which aided Tom in reaching the shore safely.

No sooner had he reached the shoreline in the darkness of the night, than he heard the voice of a girl seeking help. It turned out to be the voice of Eva Carmichael, a girl who belonged to the upper classes of Ireland. It is important to know the social status of the survivors since it was seen as a taboo for the two sections of the economic hierarchy to interact with each other. Without second thoughts, Tom rushed out into the waters and saved Eva, dragging her back to the shoreline. The duo knew that that section of the shoreline was prone to flooding by the high tide which is why Tom decided to climb up the steep cliffs and get help from the residents of the countryside.

After Tom’s heroic efforts, a man named Gibson on horseback accompanied the boy to the city of Melbourne where he was awarded with a 100 pounds of gold (which was a huge sum back in the day). The city council even went to the extent of commemorating a medal of courage in Tom’s honor and as for Gibson, the ridge in the cliffs where he met the Irish boy was named as ‘Gibson Steps’, a famous viewing area on the Great Ocean Road.Gibson Steps.

If you do happen to visit the Great Ocean Road and do step down to the beach via the Gibson Steps, in addition to the picturesque apostles, I hope that the newly acquired knowledge elevates the overall experience and mystique of the area for you.

Also, if you do happen to know any such exciting fables about any place for that matter, feel free to comment or reach out to me. I would love to hear the stories that you have on offer.