The Magic that is MANIPAL! 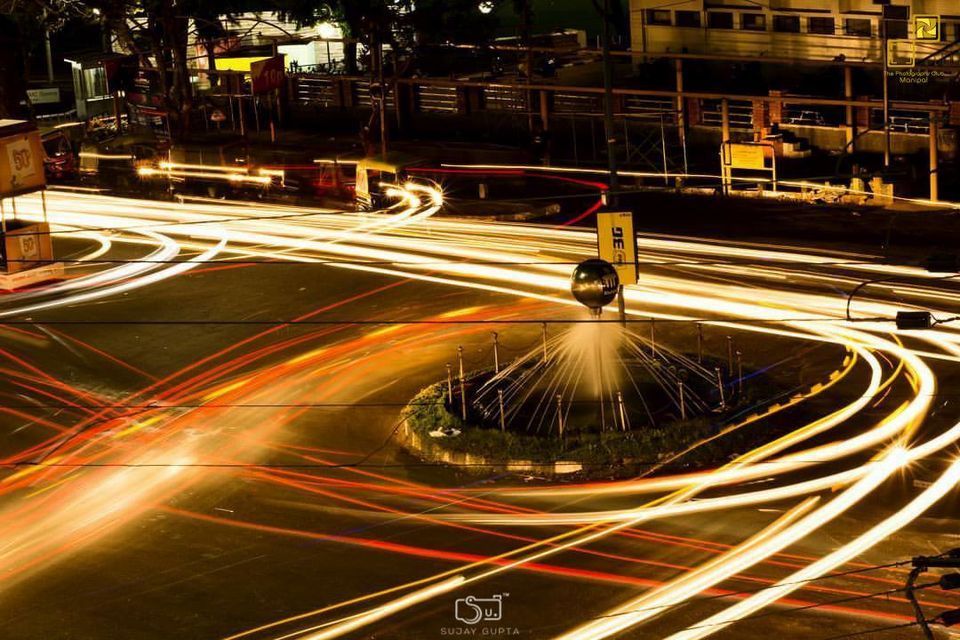 To those who don't know where Manipal is, kindly do not just assume it to be in the Eastern part of India, because we get that a lot and are fed up of hearing it. Manipal is a town situated in the southern coast of Karnataka. That's right, Karnataka, it's in the south. It is a mere 6 km from Udupi and 66 km from Mangalore ( the nearest airport ). Manipal is a student town with students hailing from different parts of the country and also the world. According to wiki Manipal has an annual student intake of 25000. Manipal is mainly popular for Manipal University which consists of colleges like KMC, MIT, SOC, DOC, etc. It is also home for one of the top B-schools in the country - TAPMI. Now the question is - What is so special about Manipal that attracts such a large population of students every year?

The answer is here -

- The amount of freedom offered. Manipal does not consist of those colleges where you have minimal interaction with the opposite sex. The colleges have no problem with it. Also the rules and regulations are comparatively chill.

- Nightlife. Manipal offers a good nightlife. It is more of a student crowd naturally. Manipal nightlife ranges from cheap bars to high end pubs. So even if you are broke, you need not worry about your drinks. Although the alcohol rates in Karnataka are a bit higher compared to other states.

We spoke about Manipal's ideal location. Here are some places to visit in and around Manipal :

END POINT is a place a lot of students choose to hangout. It consists of a park, KMC cricket and football grounds, and a view point. The view point overlooks the Suvarna river surrounded with a lot of greenery. The sunset from End Point is just amazing. It is a good spot for couples. 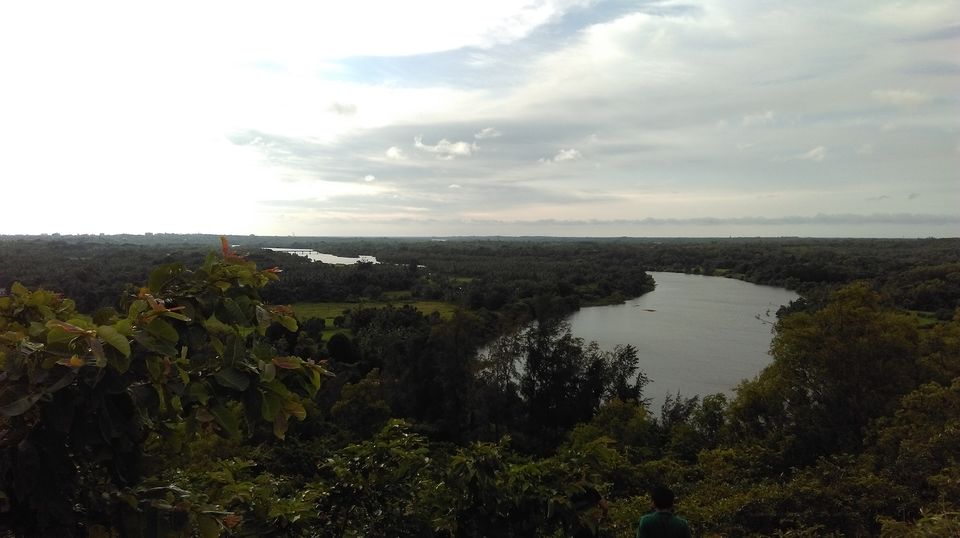 BABA POINT is actually a small food joint situated at the banks of Suvarna river. But when we say Baba Point, we typically mean the river banks. Baba Point gives you a serene view of the Suvarna River. You will sometimes find fishermen taking their boats for a ride. And if you are lucky enough, they might even give you a ride. It is a cozy and lovely place to chill. 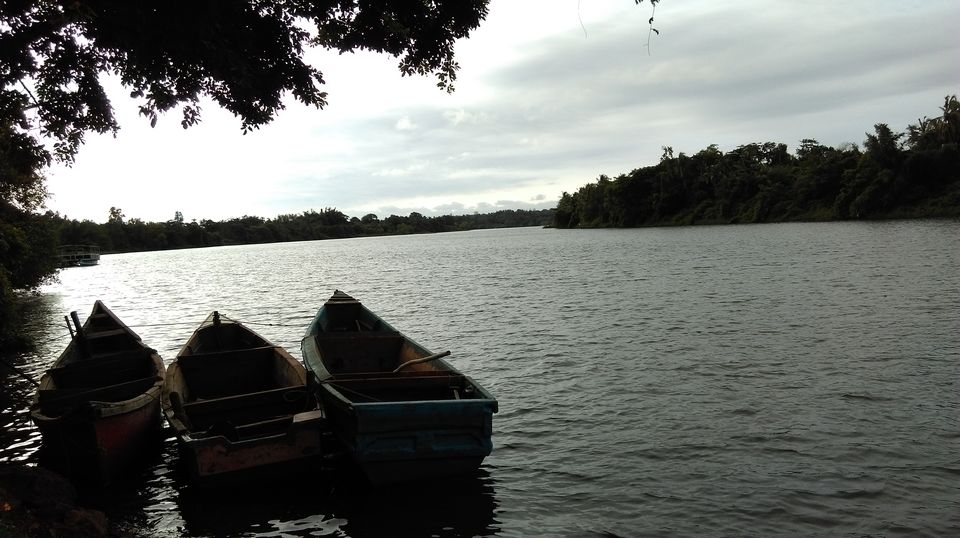 RAILWAY BRIDGE is a photographer's paradise. Almost every photographer of Manipal has a picture of the Railway Bridge. Railway bridge is built on the Suvarna river. The place gives out very good vibes. 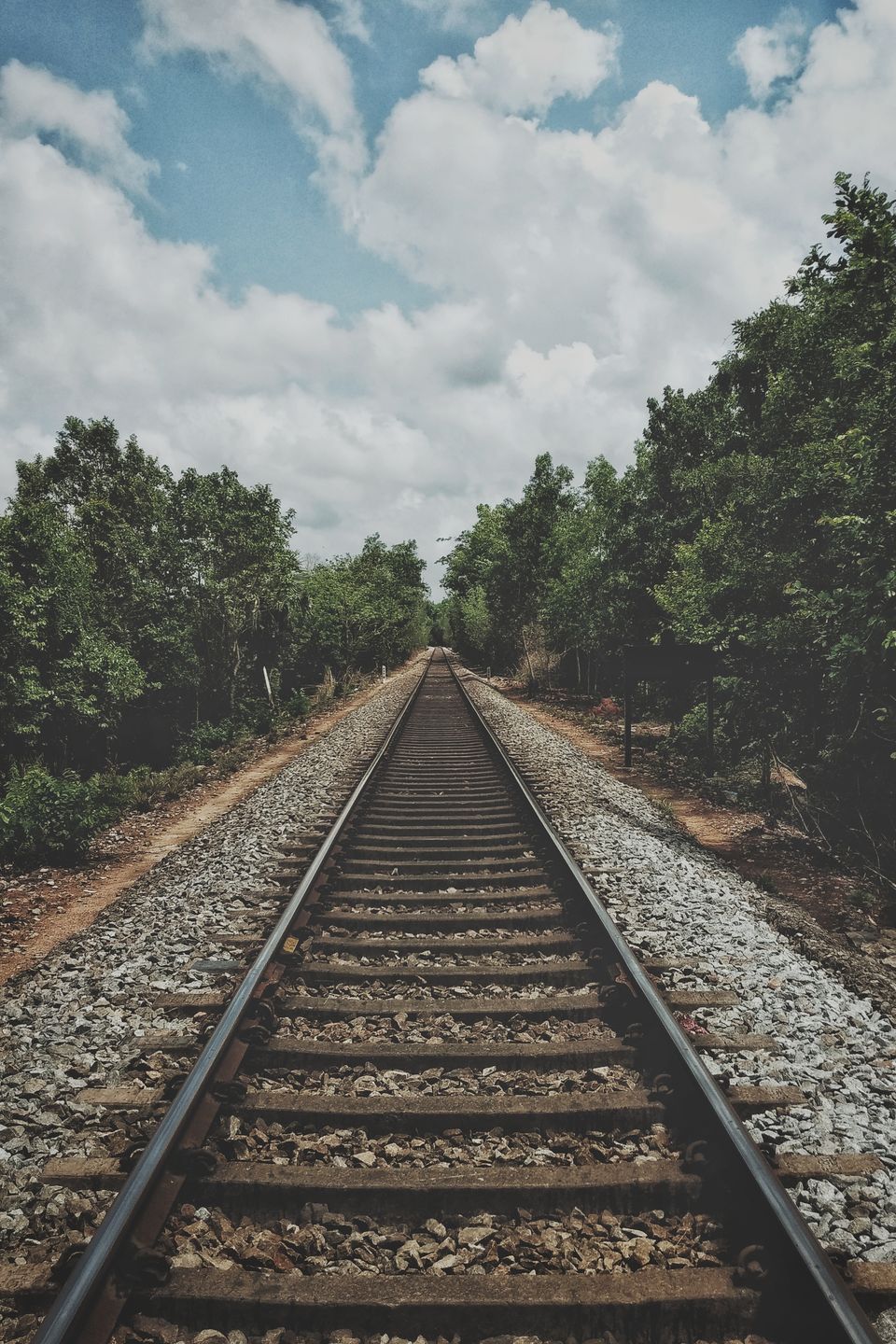 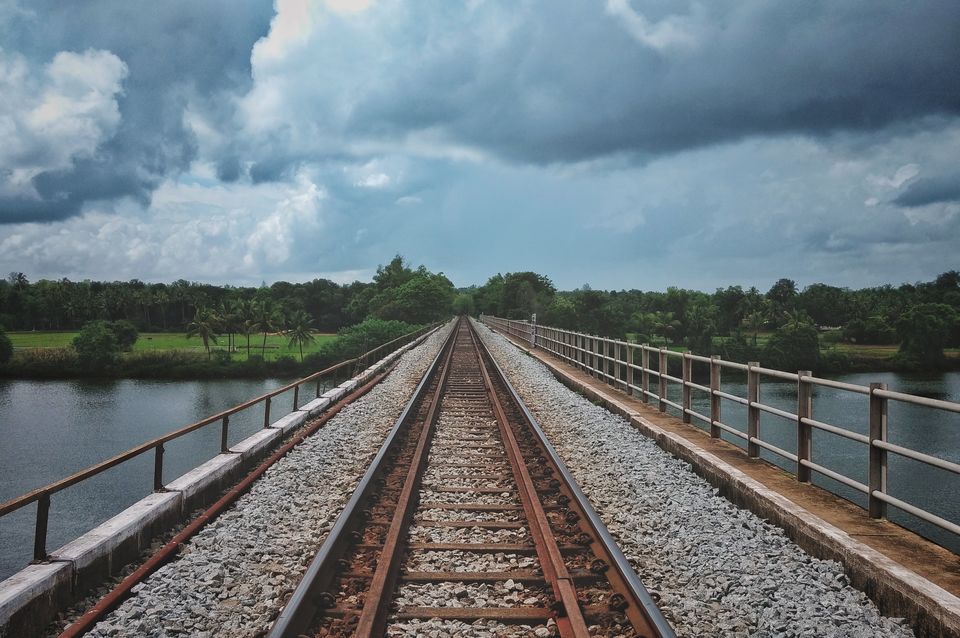 MALPE BEACH & ST. MARY'S ISLAND. Malpe beach is one of the most popular beaches of Karnataka. It is one of the main reasons behind Udupi's popularity. It's clean waters attracts a lot of people. However in the past few years Maple has become heavily commercialized and crowded, especially during the weekends. It is a mere half an hour ride from Manipal. St. Mary's island is a tiny island which can be reached through a ferry available only in Malpe. This should be on the top of your bucket list. The island offers you crystal clear and blue waters, white sand and lots of sea shells. The ferry will cost you 200 bucks and it is a 20 minute ride. The island remains closed during monsoon. The best time to visit is between October to February ( also applies to all the beaches ). 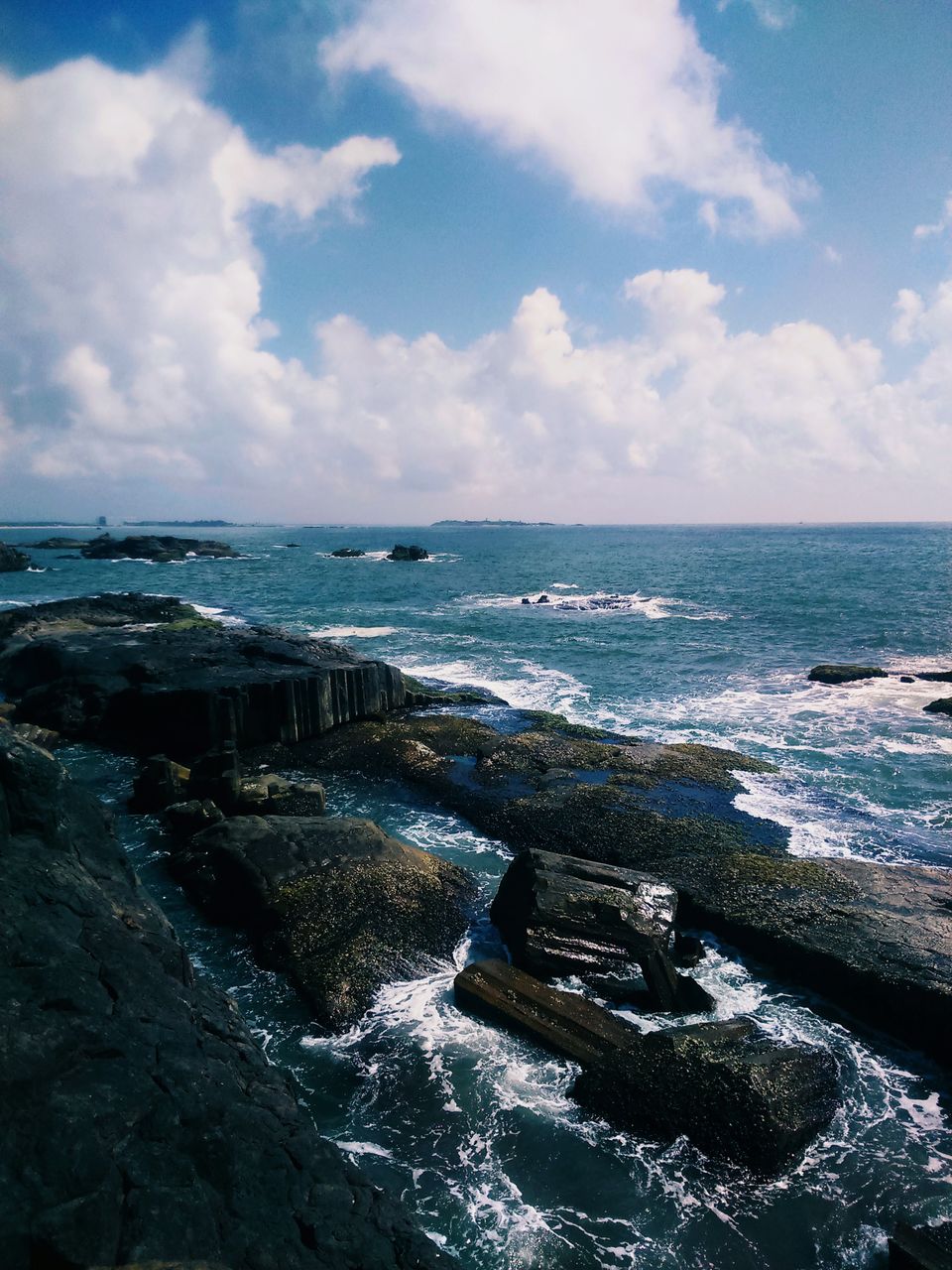 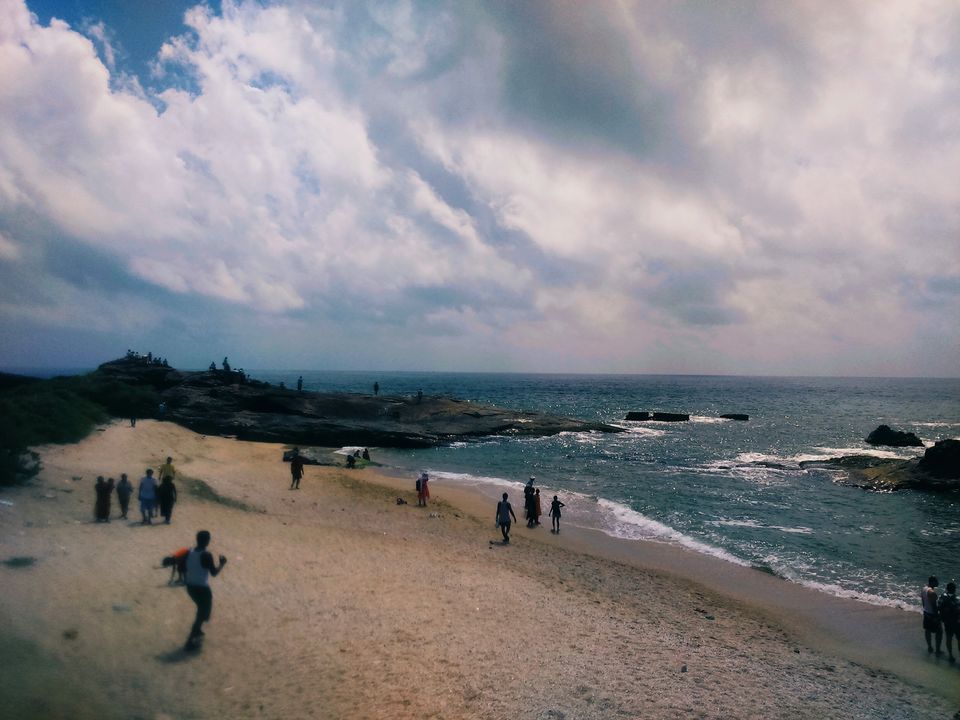 KAPU/KAUP BEACH is also one of the pristine beaches around Manipal. It has a lighthouse accessible to the public. The view from the top of the lighthouse is very peaceful. Photographers love this beach. The lighthouse, the huge rocks, the sand and the water all in one make a perfect picture. It is approximately a 45 minutes ride from Manipal. 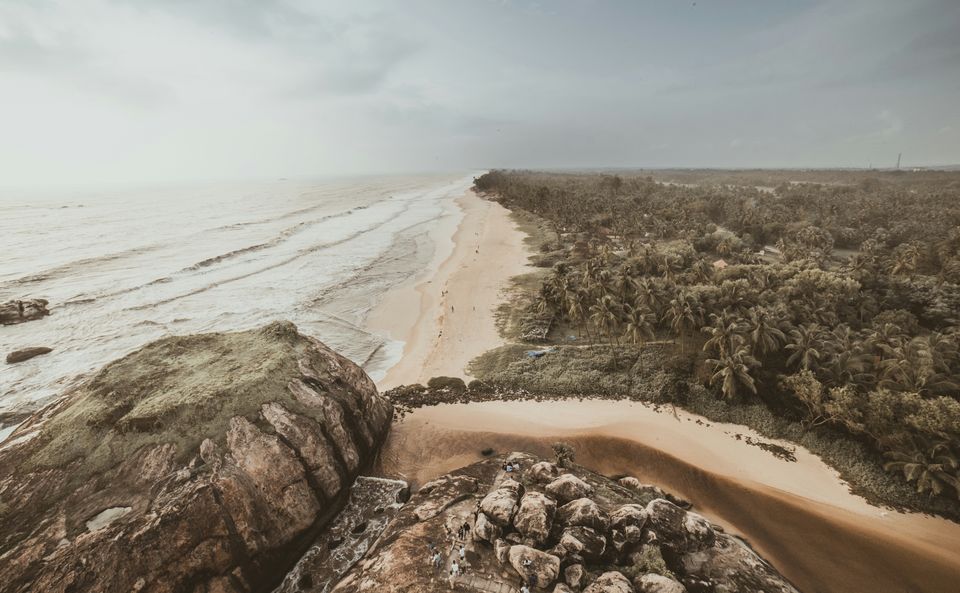 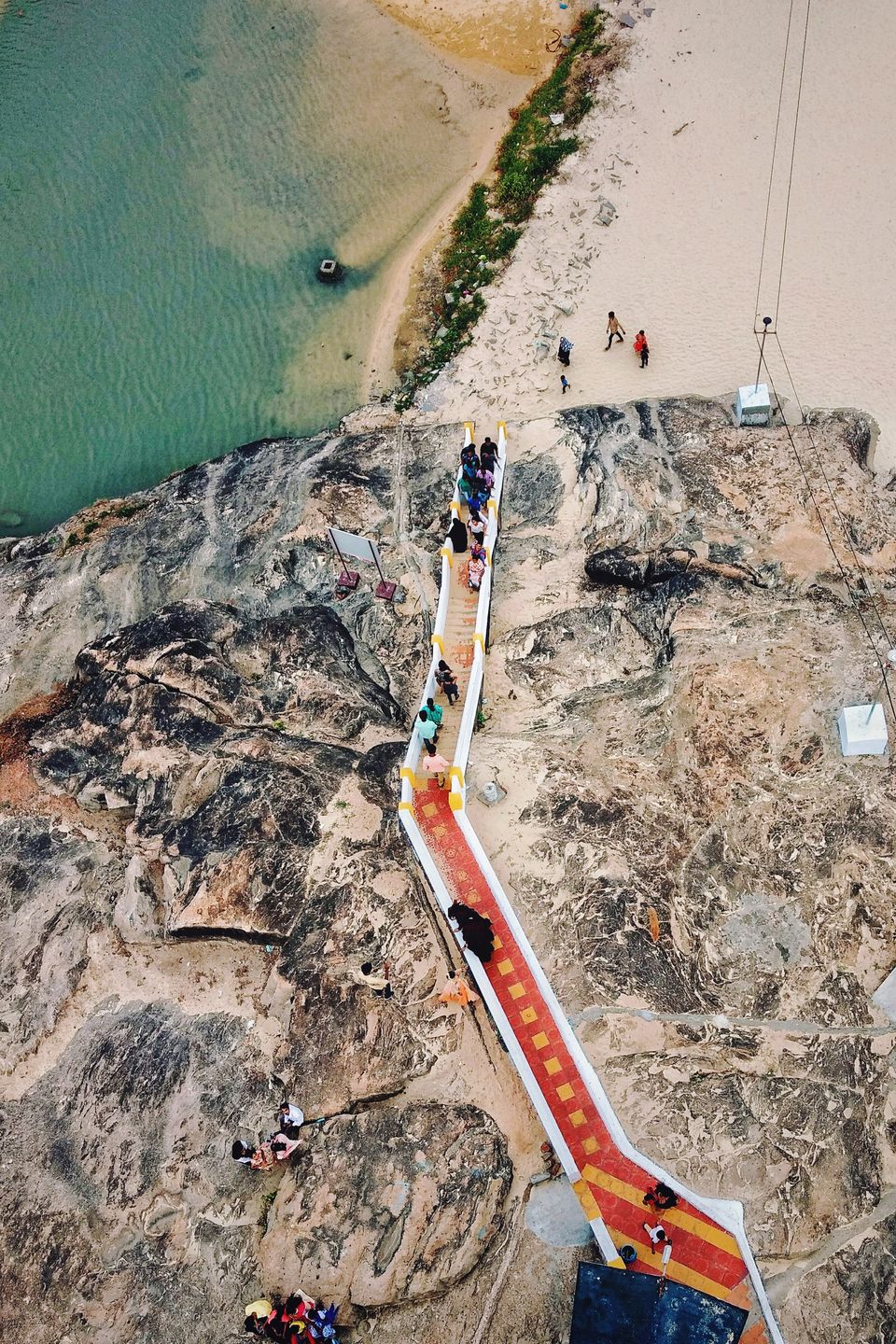 HOODE BEACH/DELTA POINT. This beach is my personal favorite. It is one of the most secluded beaches around Manipal. This beach is better enjoyed when visited in a 2 wheeler because it is a 4 km long stretch. The ride in this stretch is one of the most peaceful rides. You see coconut trees everywhere, the ocean on the left, the backwaters on the right, it is damn peaceful. The point where this road ends is called the Delta Point. This is the point where the river meets the sea. The waters over here are very clear. ( A point to be noted : To see clear waters in beaches, visit them between October to February. You can also go till April if you can beat the heat. If you go during the monsoon season, you won't find clear waters. ) There is a wine shop right at the entry of Hoode. You can have beers on this beach with a little less worry as it is secluded. 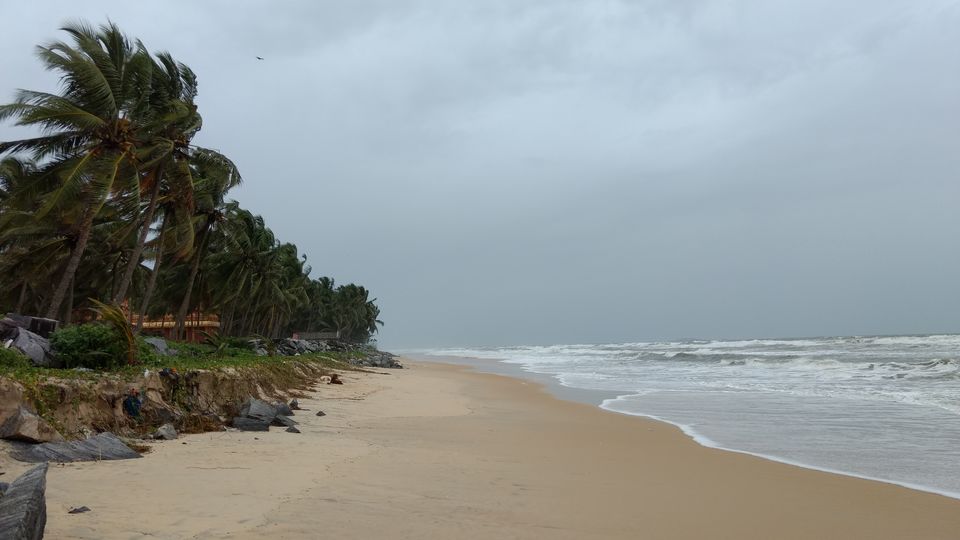 HANGING BRIDGE is a bridge suspended above the Suvarna river. This bridge is not accessible to vehicles. It is a suspension bridge, hence it is only meant for living beings. It is close to Hoode beach. 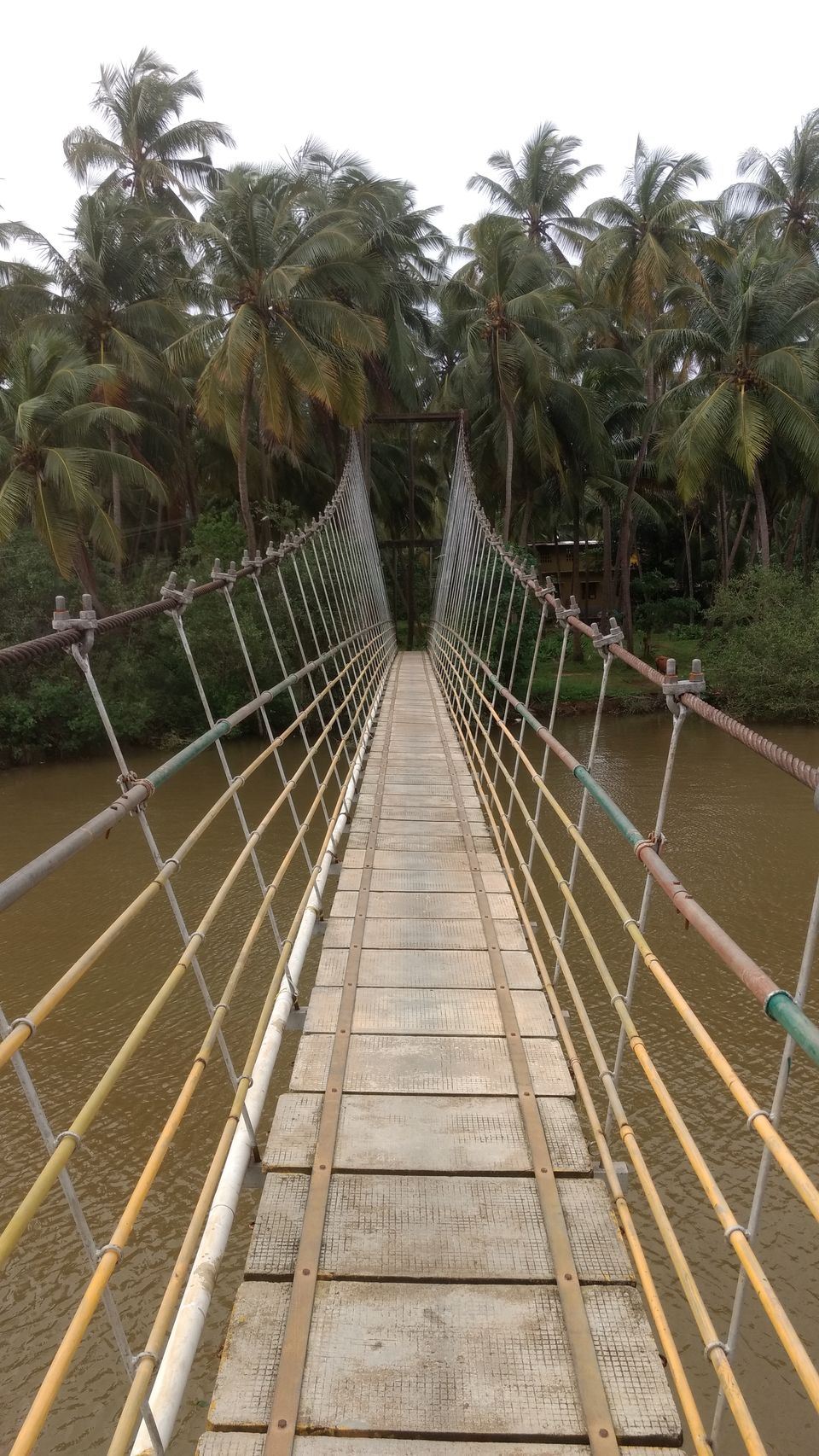 SHRI KRISHNA MATHA is also one of the main reasons behind Udupi's popularity, the other one being Malpe. As the name suggests it is a temple dedicated to Lord Krishna. It is one of the most popular temples of Karnataka. 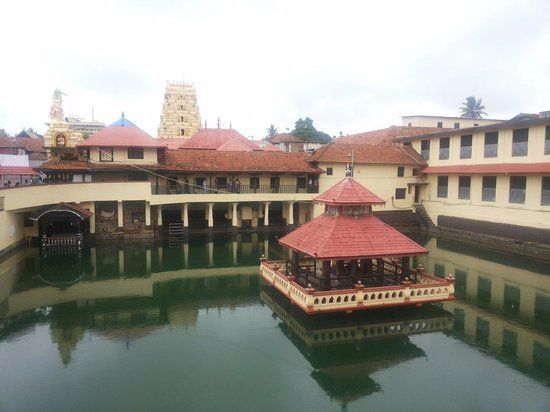 KUDREMUKH is a mountain range and the name of a mountain peak in the Western Ghats. It is a drive of 2 - 2.5 hours. Kudremukh has a lovely waterfall at it's entrance that goes by the name of Hanuman Gundi. Kudremukh is best experienced on a vehicle. It is a blissful drive through the lush green forests and mountains. You should also drive a little further to Kalasa where you can find a lovely hanging bridge. The roads are very good. Kudremukh also offers a very good trekking experience to it's peak. 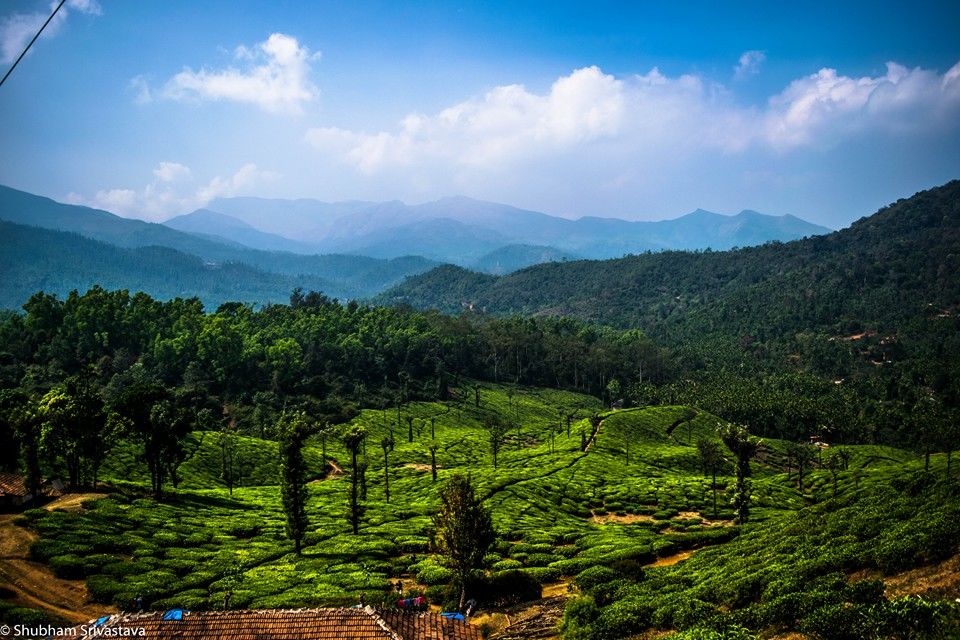 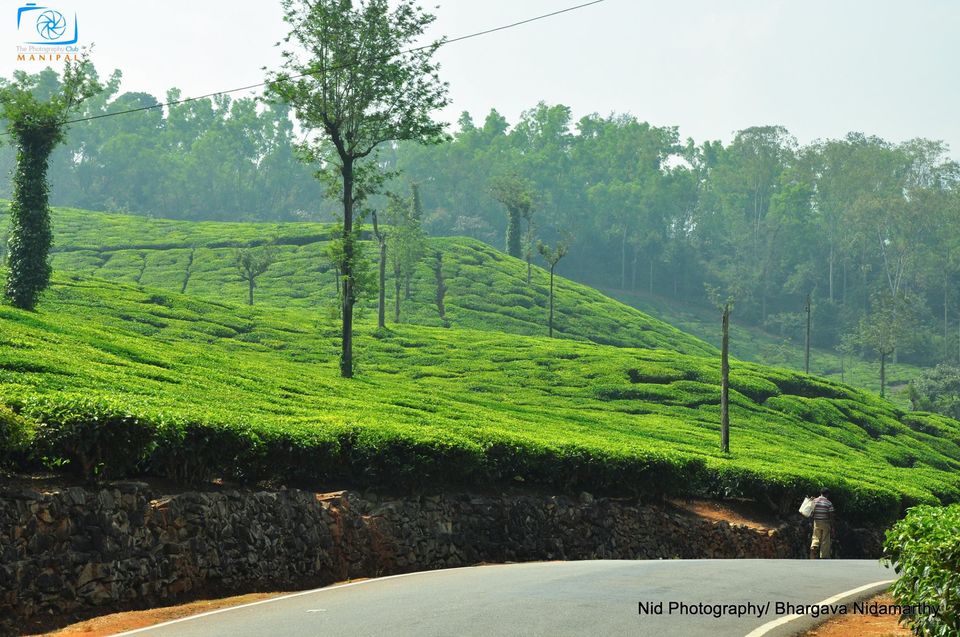 AGUMBE is a village located in the western ghats. It is a 1h15m drive from Manipal. Agumbe has a lot to offer. Agumbe sunset point and Kundadri hills are lovely for sight seeing. There are a number of falls in Agumbe - Onake Abbi, Kudlu Theertha/Seetha, Barkana, Jogi Gundi. Agumbe and Kudremukh are the best options for a whole day out. 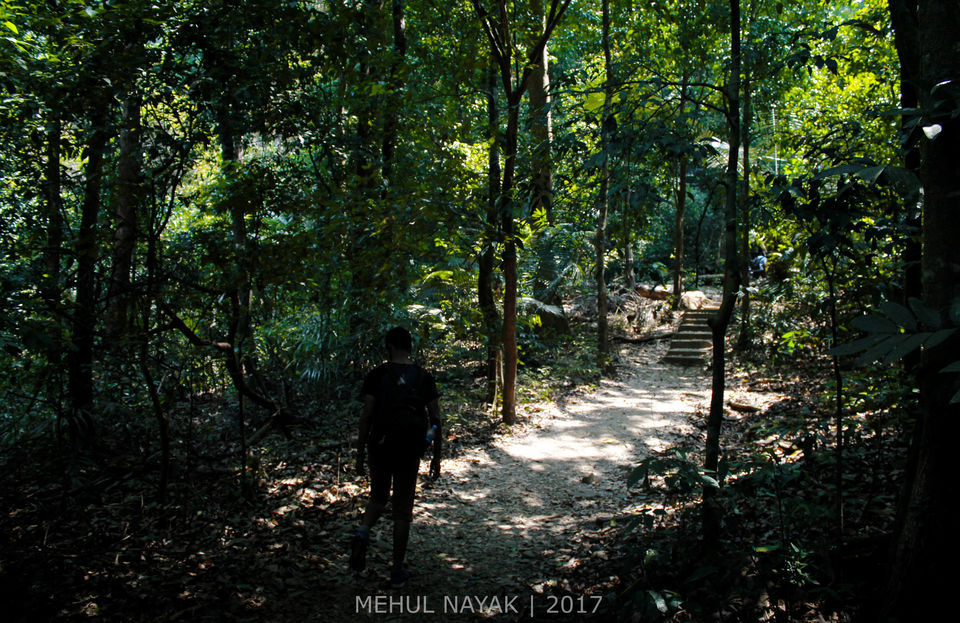 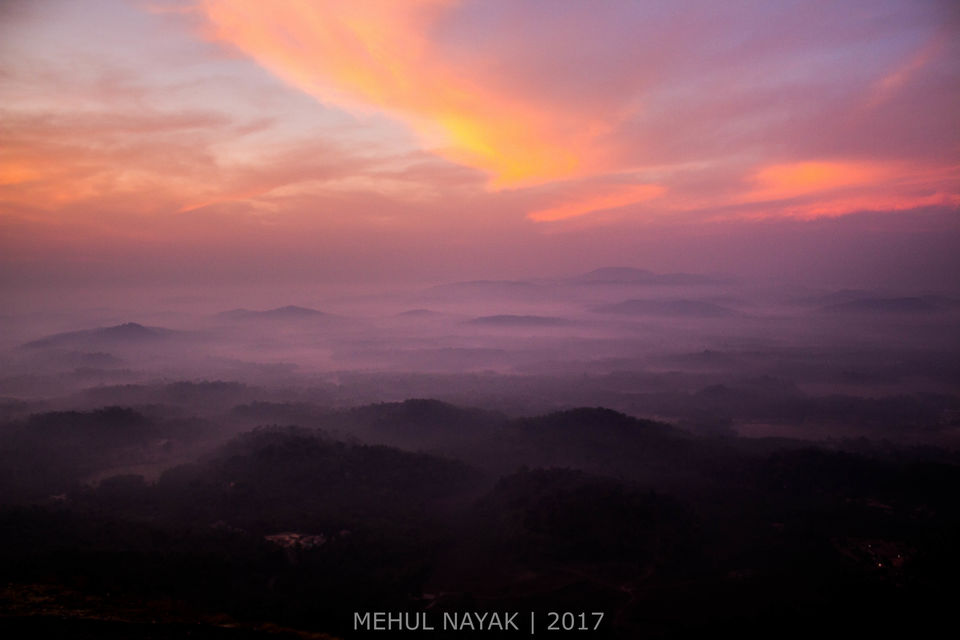 MURDESHWAR is a coastal town in North Karnataka. Murdeshwar is known for it's Shiva temple located on the coast. The Shiva statue is a whooping 123 ft high. It is a truly majestic sight. The huge statue, the ocean, and the greenery of the town makes Murdeshwar an ideal place to spend the day. On the way to Murdeshwar, do not forget to stop at Maravanthe beach. It is probably the only beach that is connected to the national highway. 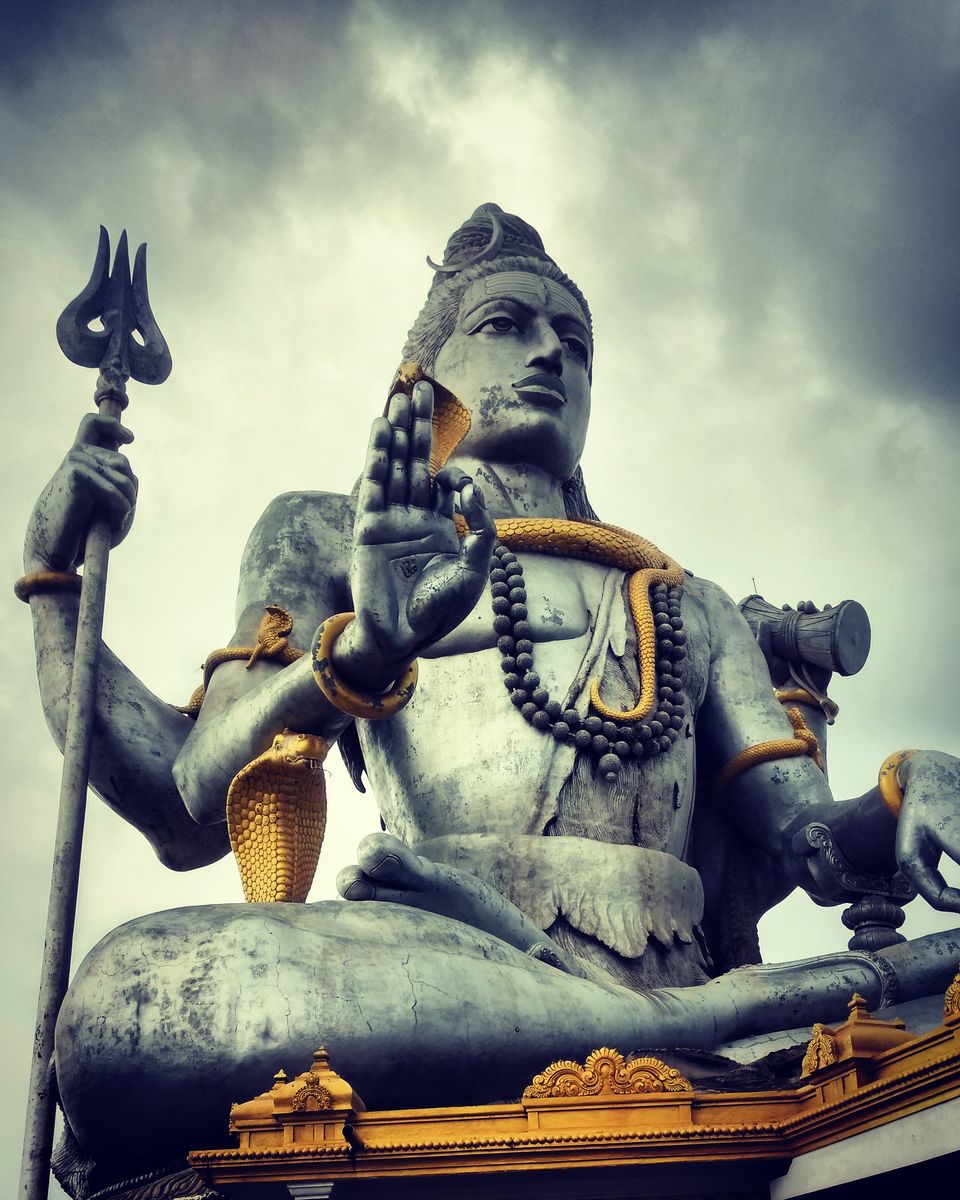 MANGALORE is one of the most important cities of Karnataka. It is the nearest airport to Manipal. If you are missing the city vibes and feel like shopping or want to be stuck in traffic for a while, Mangalore is the place to go. Mangalore offers a number of options for shopping ranging from Levi's to Calvin Klein. It also offers a good range of food joints and restaurants. 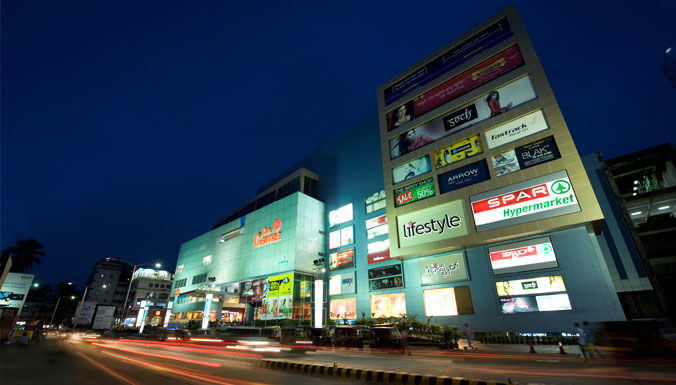 Now lets have a look at Manipal's nightlife. Following are the list of the most popular places among students:

DEETEE is the most happening place of Manipal. The students just love it. Deetee has a very shady and dark ambiance. The shady environment, the perfect blend of different genres of music, and the most fun crowd ever makes it a night to remember. Deetee has decent alcohol prices, hence I'm going to use Deetee to compare with the rest.

ZEAL offers a good ambiance, and is a little brighter than deetee. Zeal plays mostly edm. So if you are not into a lot of edm, you might just get bored. Zeal happens to be a little priced compared to deetee.

HAKUNA MATATA is more of a lounge/restaurant. The food here is pretty good and also offers a good ambiance with good music. Alcohol rates are a bit higher when compared to Deetee.

Eye of the Tiger

EYE OF THE TIGER is a bar/grill. It offers some amazing cocktails. While this place is more popular for it's food, you have got to try their cocktails and flaming shots. The alcohol prices here are way higher than Deetee's.

Besides the above mentioned places you can also visit ZERO DEGREES, BLUE WATERS, REMIX, HASHTAG, HIDEOUT, BIG SHOT. (The places are subject to change with time.)

In this article, I've mentioned the to dos in and around Manipal. The places mentioned in this article are of a max 1 day duration, but Manipal also has some amazing weekend getaways. Let's talk about that some other time.

Thank you for giving this article a read guys. Appreciate it.