Stay true in the dark and humble in the spotlight - Harold B. Lee

My recent trek to Himalayas was a defining experience. It was not just the Himalayan trek that invoked my perspective and touched my heart, but also the things that happened before the trek and on the sidelines of my Himalayan trek. One tends to sideline these little things, when you experience something as big as a Himalayan trek. These are the little things that touched my heart, and I chose not to ignore. Its my attempt to bring out those those small things in the form of words.

The title "The Mountain People", I feel is just apt for this post, as I narrate my experiences.

Three of us - Kiran, Sandeep, Sushma 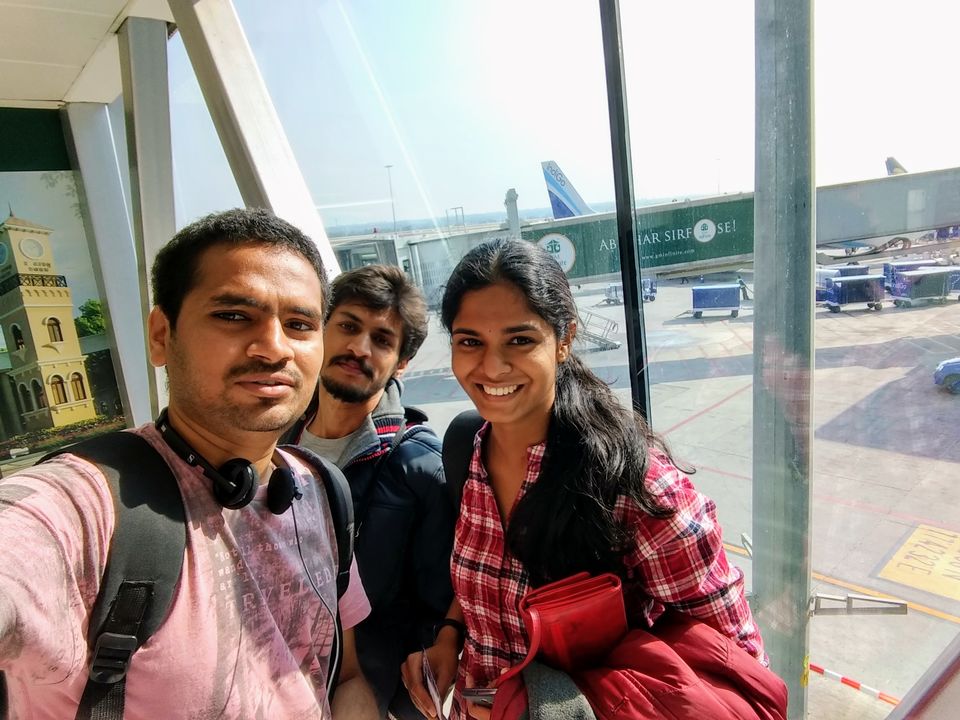 It was 3 people from Bangalore, who had planned out the trip (not just trek, the trip) while another friend joined us at the airport. On Day1, we flied to Bagdogra, where we had our pickup scheduled to Darjeeling. As soon as we landed, we found a guy holding a card board with one of my friends' name on it. We followed the guy to our car and met our car driver.

The driver greeted us and introduced himself and we did too. The driver had wheatish complexion and seemed to be in his late thirties. He had a clean shaven face and wore a red T shirt and pants which complemented well. Since we were arriving late, at around 2.30pm, he had got us Oranges anticipating our hunger after a long flight. Those were the best oranges I have had till now. So tasty...yum!!

After a brief stop for lunch, we continued towards Darjeeling. The driver had a unique name, Tseten Sherpa which was difficult to pronounce and remember as the Bangaloreans are used to Raj, Rahuls and Rohits and also the Kirans!! (just not to offend anyone :p ) So he suggested we call him T Sherpa.

Tseten Sherpa with his Wife and Daughter 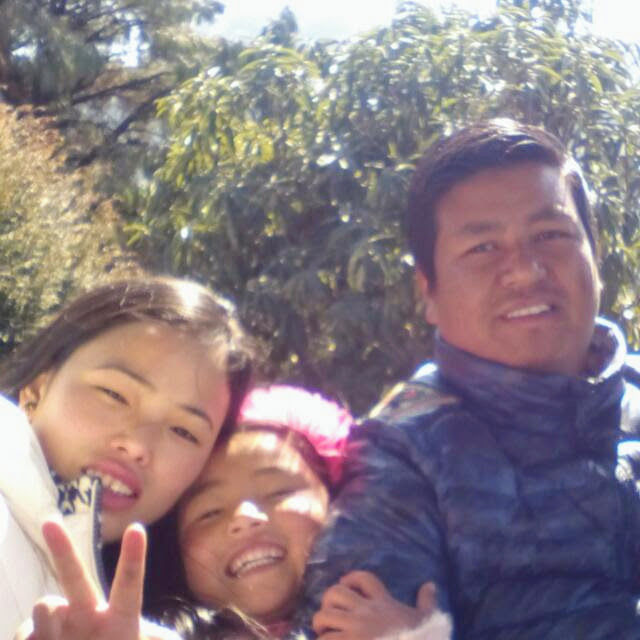 The Sherpas are the ethnic group of people (Tibetans) living in the mountain regions of Nepal and Himalayas. The people from Sherpa community are mostly into mountaineering, and their football skills are unimaginable. Over the recent years, the Sherpa community has started to diversify, and they take up different jobs including driving a car for the tourists to earn their living. The Sherpas are natural mountain climbers and it comes instinctively to them, so are their football skills.

The Sherpa with us, carried a notebook, where he had document almost everything about the nearby places, their history, how the place got its name and what not. It was a mini encyclopedia in itself. Also they speak very good English. Mostly the reason is the tourism where people from different regions of the world tour the hill station. He also shared some stories about the mountains - the Himalayas, and the fact that George Mallory might have climbed The Everest even before Sir Edmond Hilary and Tenzing Norgay. I never knew about this story, and the details of the story fascinated me. Read about the story of George Mallory here.

The journey to Darjeeling was very scenic, while having an ascent of about 6000 feet. As we were ascending very quickly, he stopped for a while so as to let us acclimatize to the increasing heights.

On the way to Darjeeling! 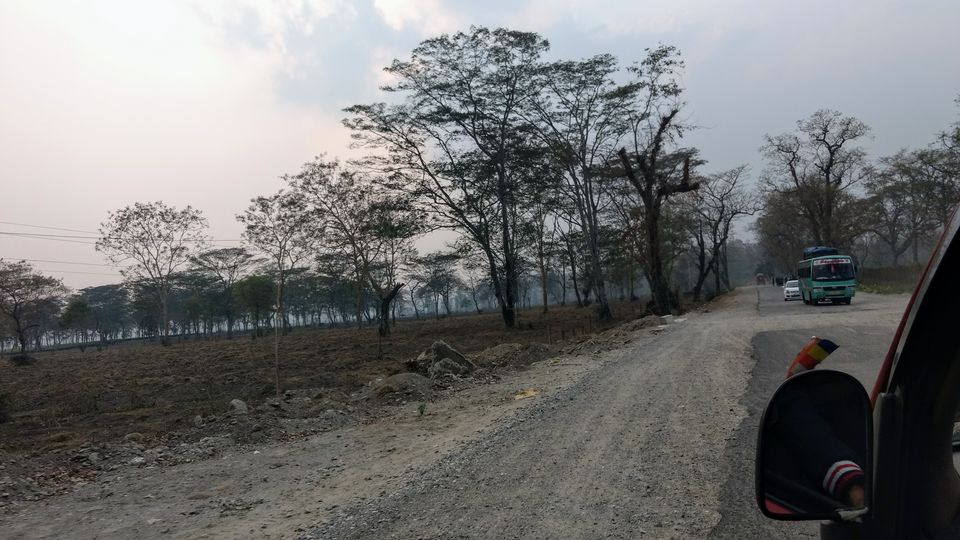 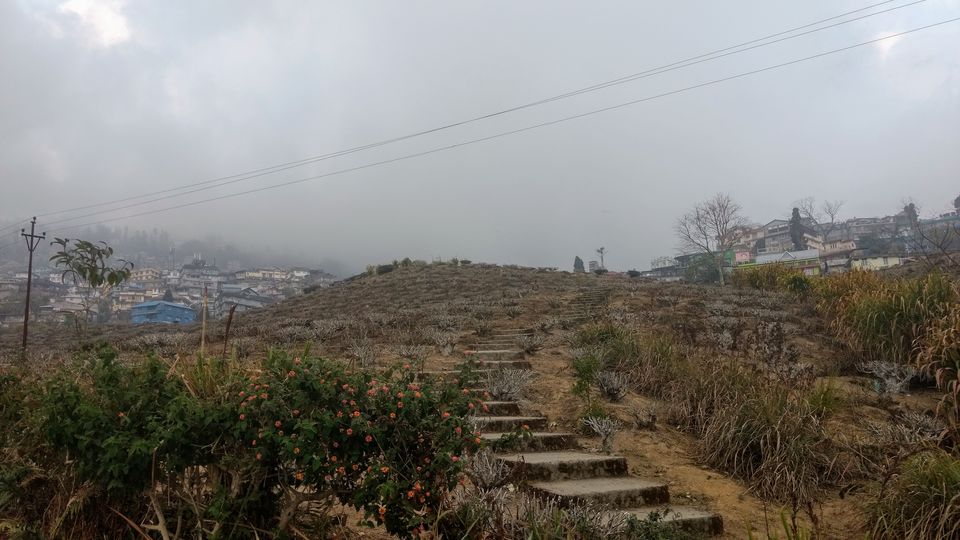 As we had stopped, he narrated how he deals with the tourists and how he makes them feel better, and how we gets his work done at the offices by being humble, etc. This guy seemed like a perfect guide to someone who is looking to tour the region.

When we reached Darjeeling, we thanked him for being informative and entertaining us, and headed to our hotels. 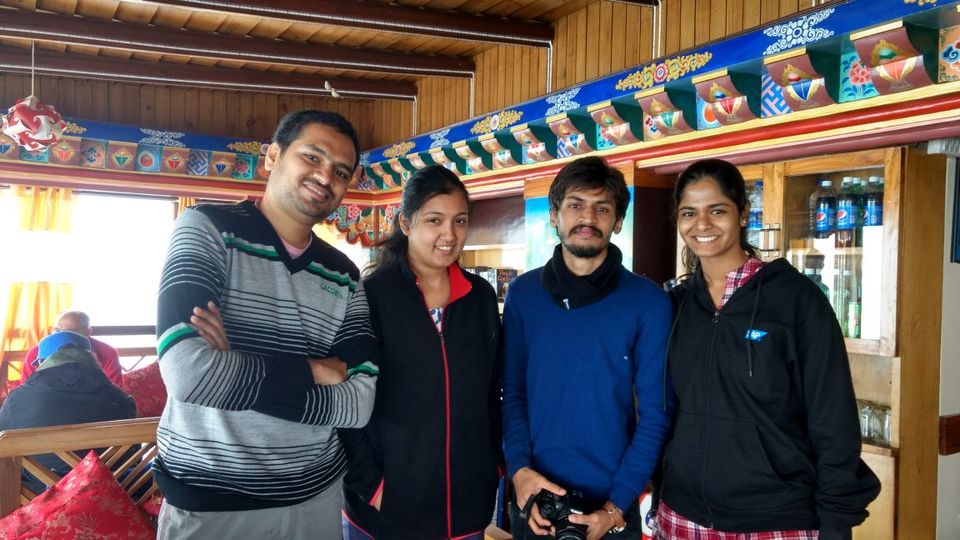 After an hour or so, as we planned to go out for dinner, I noticed that I didn't have my wallet with me, and I instantly knew I had left it in the car. After futile attempts of searching for it my rucksack and my pant pockets, we decided to call him. I tried calling him continuously for about half an hour, and he wouldn't pick. I had carried enough cash to sustain for a week, all in new 500 currency notes. More importantly, it had my passport photographs along with my IDs in original, which was required when we trek into Nepal.

As we entered a restaurant for dinner, I got a call from him, and I asked about my missing wallet. Luckily he was in the vicinity of the restaurant and handed me the wallet. He promptly asked me to check if all the cash was present. I felt so small. I was reluctant to even look into the wallet. But he insisted. So I just peeked into my wallet, and confirmed without counting the money. He made my day. People like those are very rare to find, at least here in the place I live (not to offend anyone). He never seemed like a guy who would keep the wallet and disappear. But the delay in his response had got me worried. In the end, after the dinner, a good night's sleep was bound to come after all the happenings that too on the first day of the trip!!

As I mentioned that the Sherpas are good mountain climbers, our trek guide and co-guide were again Sherpas. The guide Tsange Dai was skinny, not so tall, fair in complexion seemed to be in his early thirties. We were in awe when he revealed his age. He was 45, but never looked like a day older than 30. As they say the mountain people stop aging after 30 until 60. It was very strange to digest that he was 45. I am still amused by his fitness levels. 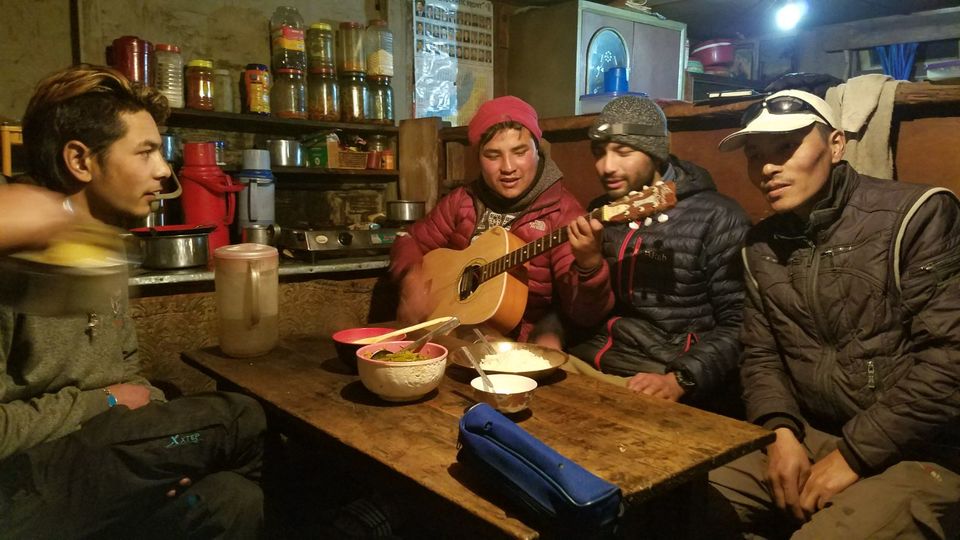 The guy on the extreme left is Mindoop. He was responsible for porting all the offloaded rucksacks to the next camp. He also helped prepare dinner at various campsites. Very shy guy.

Me with angry young man, our coguide Bikram 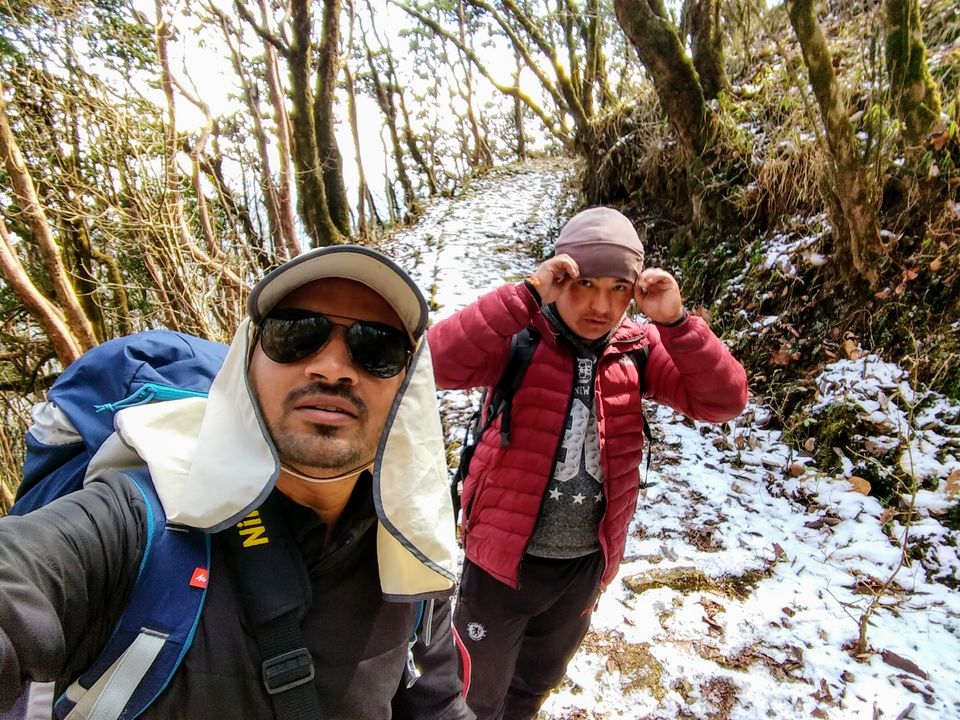 With my time spent in the mountains, I learnt that the Sherpas are very hard working. The only source of their income is from the tourists they encounter. Even the tea houses where we stayed and had our dinner at, their source of income is only the tourists they serve, and they work hard for that.

The locals at a Tea House in Sandakphu! Cute kid! 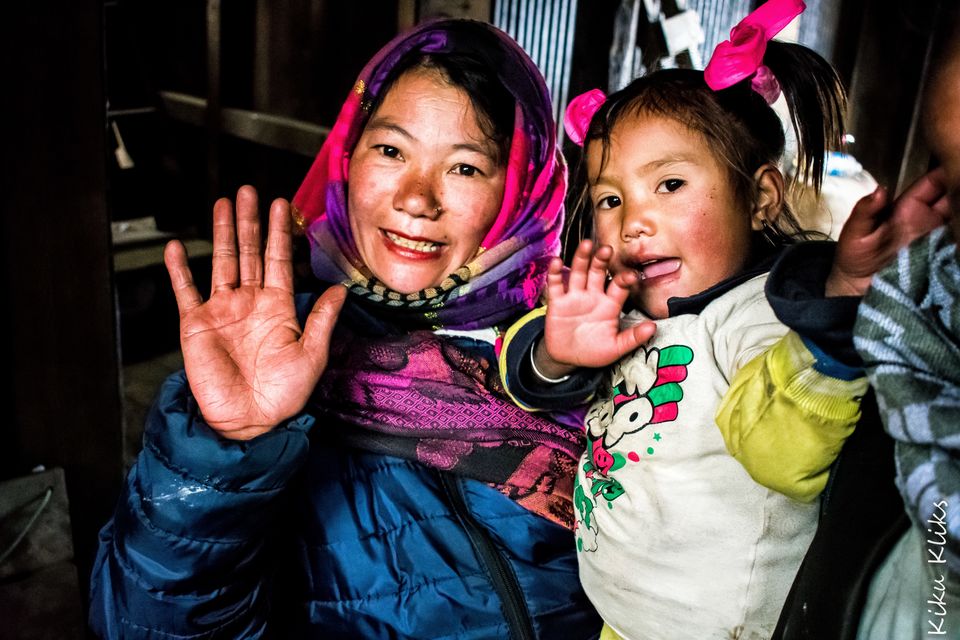 While on the trek, while some of my fellow trekkers offloaded their backpacks, on the other hand I saw people carrying more weight. That is just a part of their living!! Such an amazing contrast between luxury and basic necessity!! Its not everyday you see such a contrast at the same place at a same time. I am thankful that this trip/trek happened, and it hasn't failed to amuse me, to say the least.

I have started a new blog series called, "The New Beginning". You can read the part 1 of the series titled "The Base Camp" here.

PS. This post was originally posted on my blog Little Detours.

For further more, do visit my blog Little Detours. You can find some amazing photos from my journey on my Instagram and Facebook as well.