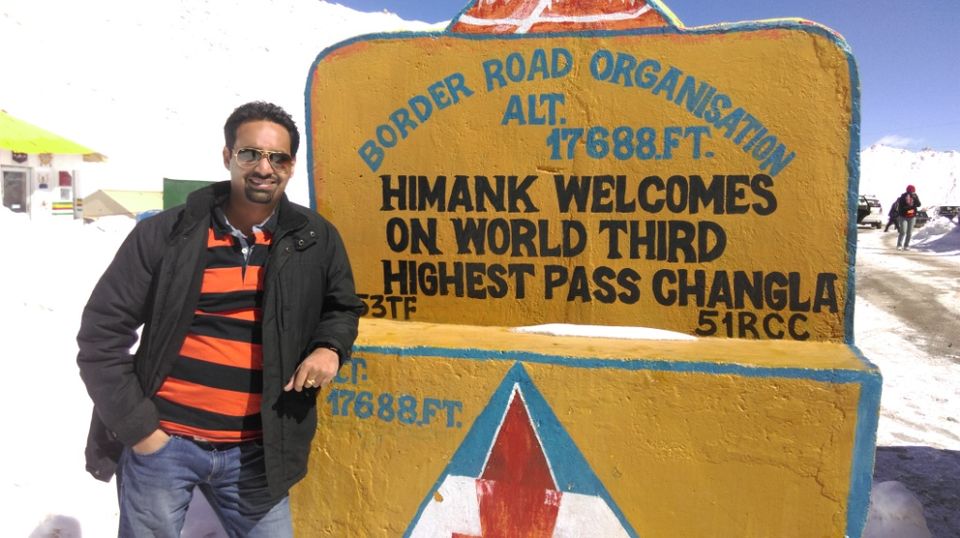 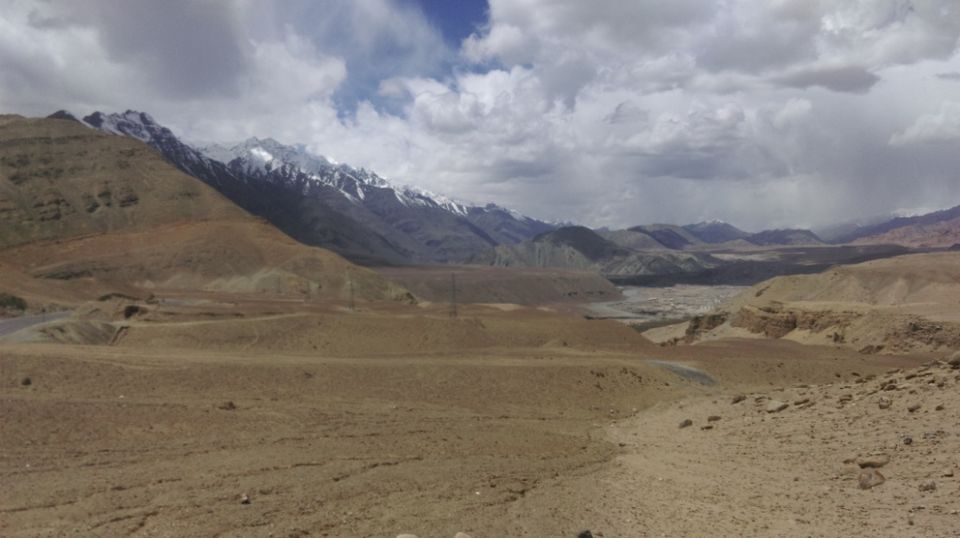 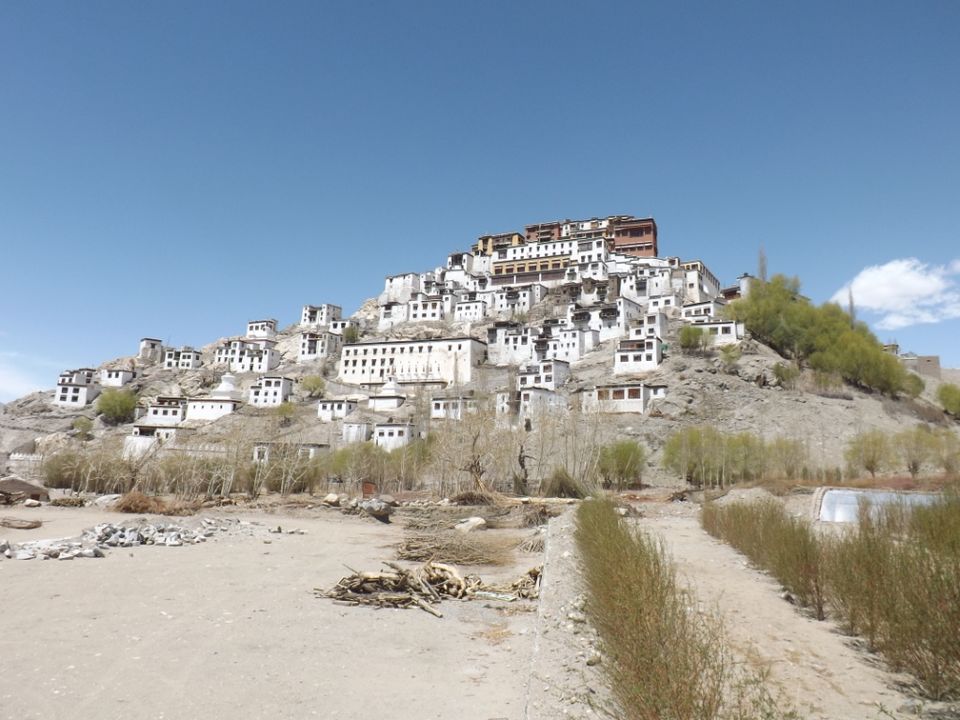 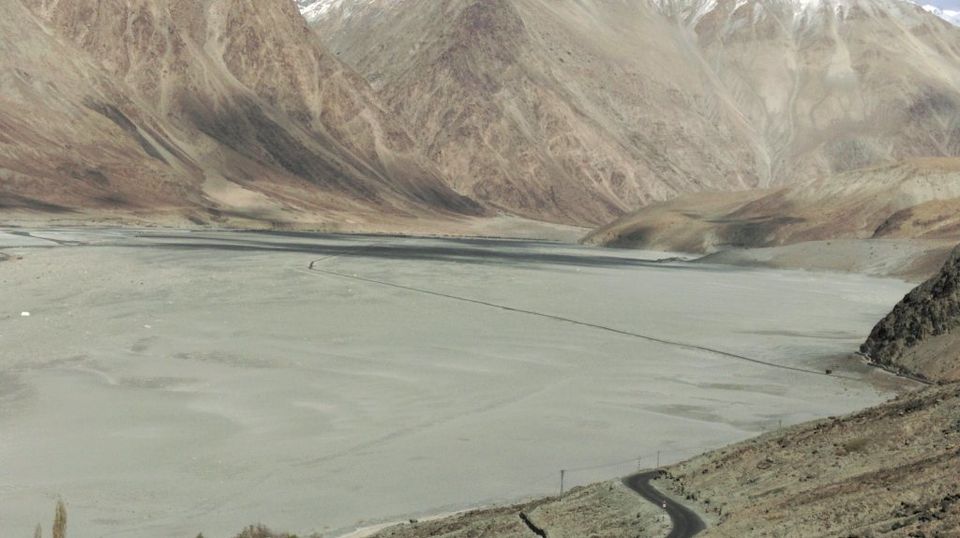 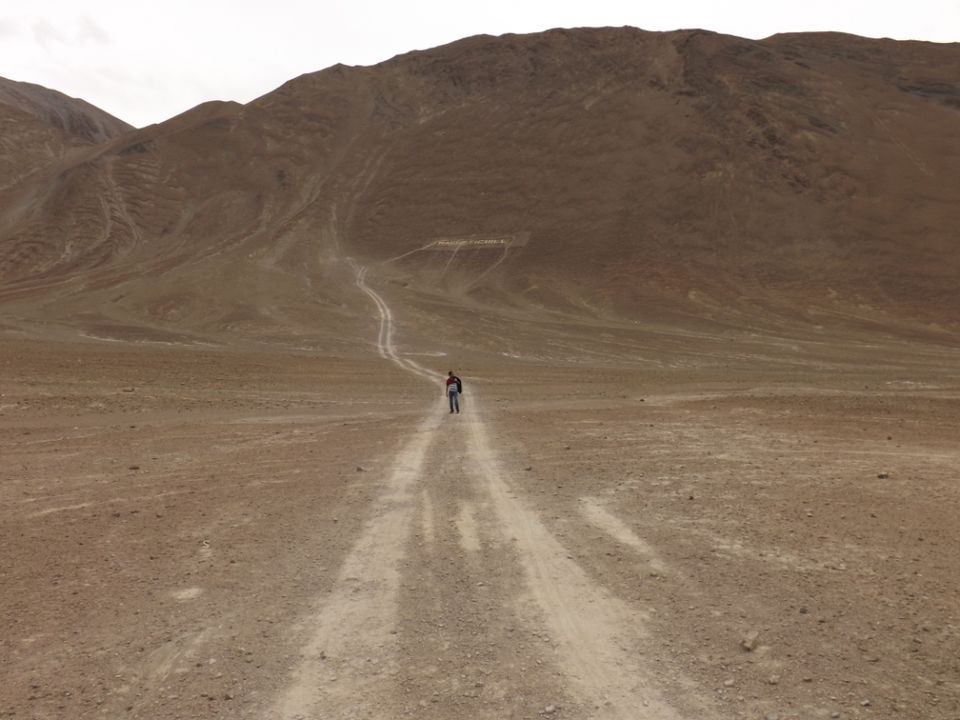 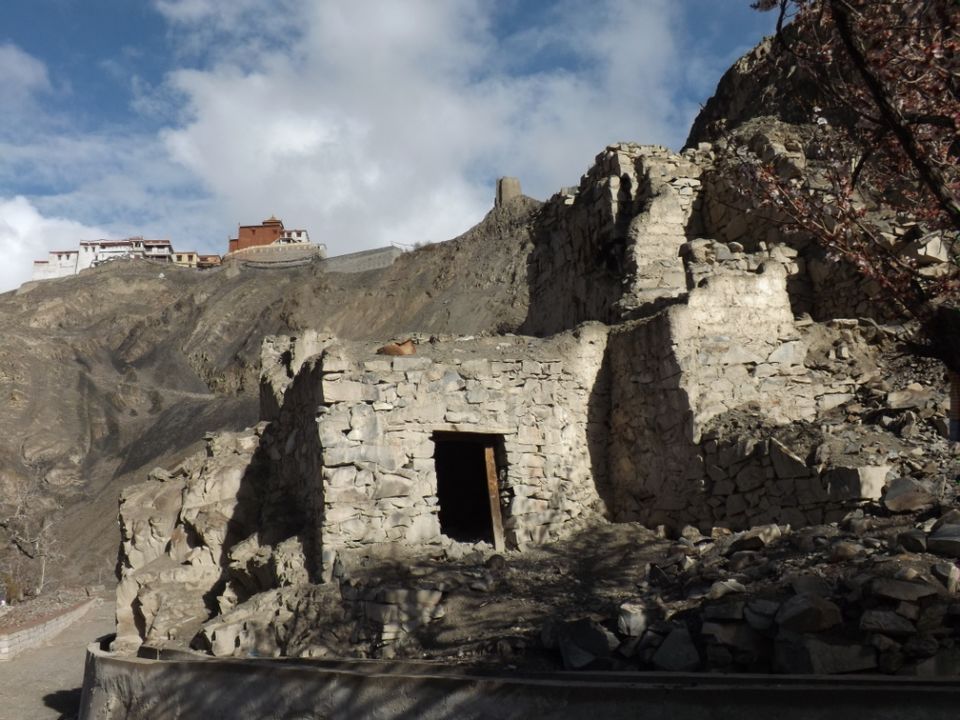 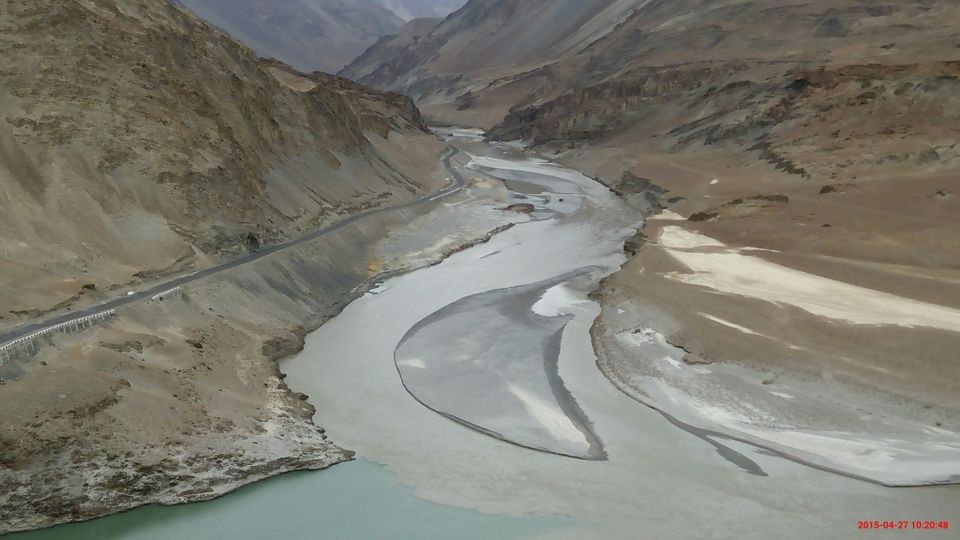 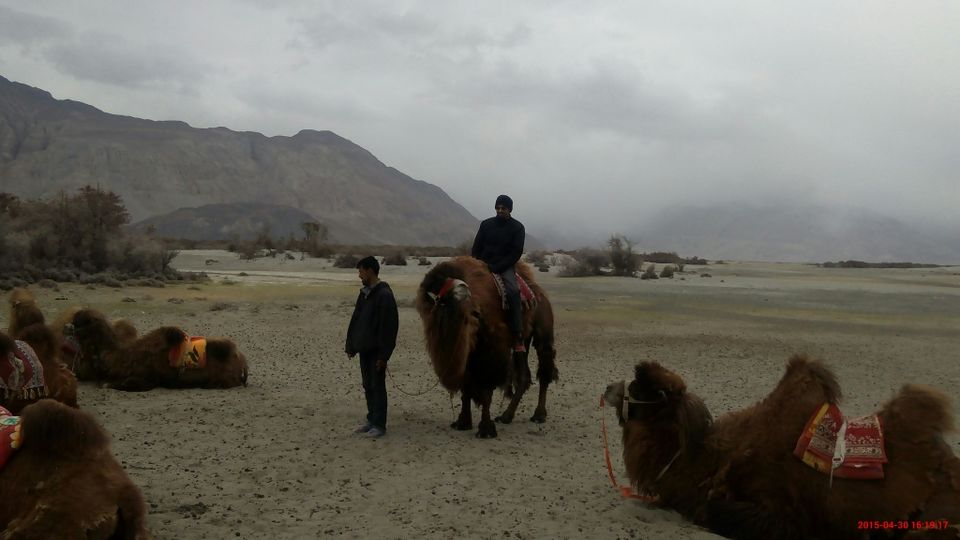 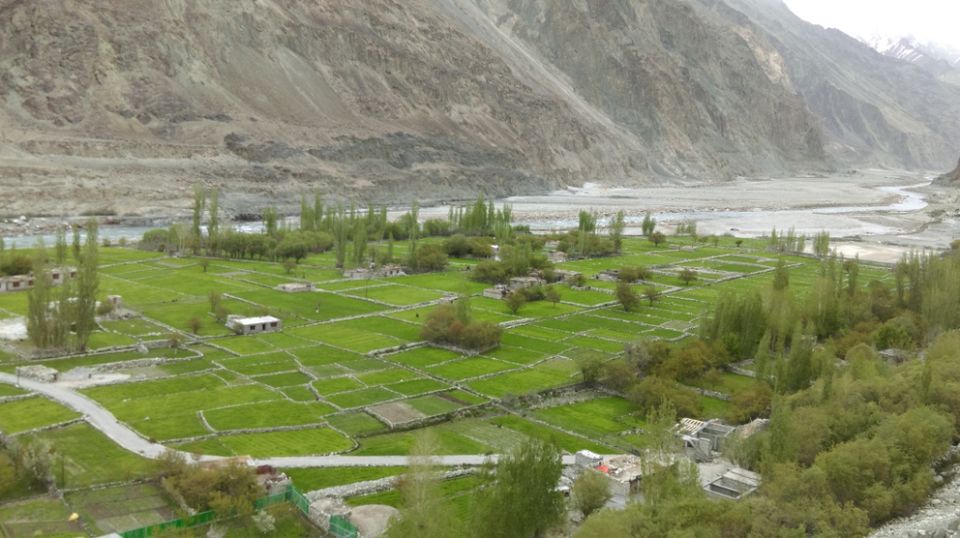 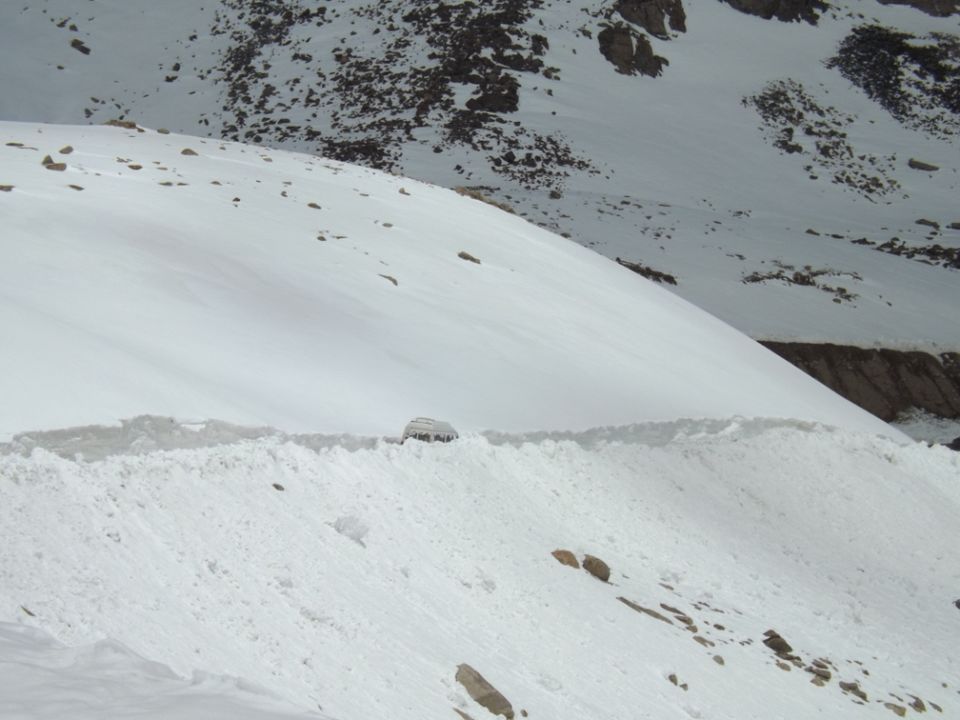 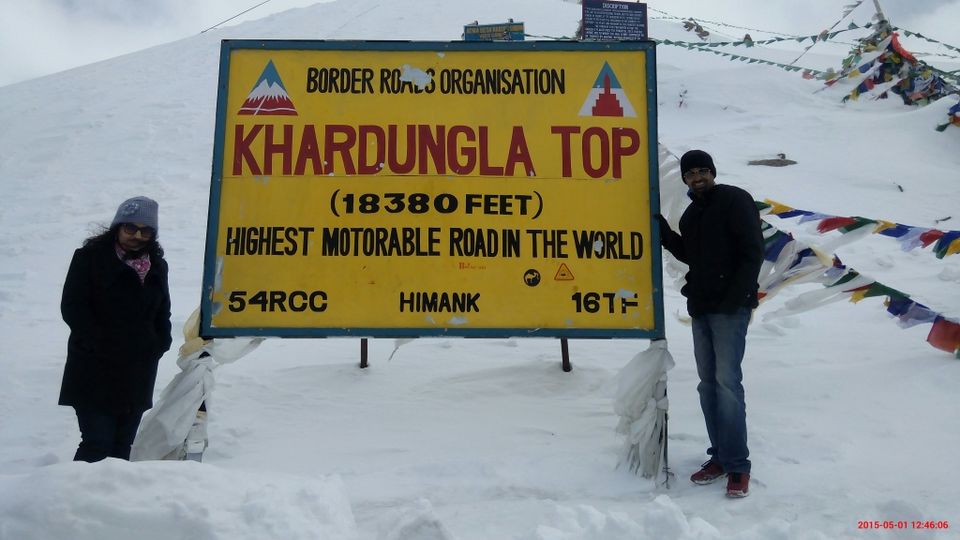 Leh was one of the long pending tours for us this year. I was adamant about making it. The peak season for Leh is May – July. The Srinagar- Leh highway is the heart line of this area, and all the groceries, meat, vegetables are brought through this route. However, the highway opens only in the first week of May, and that’s when the tourist starts pouring. We had for some reason planned for last week of April. The trick for Leh tour is early flight booking. Mumbai – Leh flights are very expensive mainly because there are a very few carriers between Delhi – Leh and most of these are booked by travel agents in the peak season. You, therefore, need to book the flights at least 2-3 months in advance.

Planning the itinerary for Leh is a tricky business as you need to return to Leh before you move to the next destination. None of the other destinations are directly connected to each other; it is only via Leh with an overnight stay. This meant changing hotels every alternate day. We planned for a 7 Nights and 8 Days Tour with two nights in Leh, one night in Alchi, one more night in Leh, two nights in Nubra, and the final night in Leh. Yes, we decided to ditch Pangong because it was completely frozen in April last week and it did not make sense to travel 8 hours just to take few pics of a frozen lake for 1 hour. Locals say the best time to visit Pangong Lake is after mid-May once temperature rises.

The beauty of Leh Ladakh is, of course, the beautiful landscapes of the “snow desert”. Throughout the journey, you would get some breathtaking views of the valleys, rivers, plains, multi-coloured mountains, snow, greenery and many more. It is, indeed, a photographer’s heaven and consider it mentioned in every single day below.

We took the last Mumbai – Delhi flight on late Friday night and planned for a sleepover at the airport. We had an early morning 6:30 AM Go Air flight to Leh. The last 30 min of the flight is worth watching from the window as the snow sprinkled the Himalayas make for a breathtaking view.

Day 1 is generally meant for acclimatization to the sudden high altitude of 10,000 feet - which basically means resting in the hotel, watching the view from the balcony and drinking lot of water. You can pop a pill of Diamox a day before you land in Leh which will help you get acclimatized faster. We had opted for Hotel Reenam, which is at a higher height than the Leh  market and gave us a better view. Late evening we went for walk in the Leh market. Since the season was not at the peak yet, only 50% of the shops were open mainly consisting of woolen clothes and Buddhist artifacts. We came at a time when the Leh market was undergoing a beautification project and hence most of the by lanes of the market were dug out making it difficult to walk by.

The second day was for local Leh monastery sightseeing – Shey, Thiksey, and Hemis. All monasteries have a common theme – high on the mountain, Buddha statues, and praying rooms. The car goes to some height but then there is a 10-15 min steep climb for each monastery.

Back to Leh by evening, we had food at Gremos – a small café serving delicious local and continental food. Do try the Thupka, Lafa and some fresh deserts here. Leh market closes down by 7:00 pm and at times even before that, so plan accordingly.

We left for Lamayuru meaning Monk-village. On the way, we stopped at the Magnetic Hill. The driver showed us a small demo on how the magnetic force in that area can make the car climb the hill in neutral gear. Next, we visited a Gurudwara and near the Lamayuru is Moonland - a natural mountain formations with a similar replica of Moon’s surface. After visiting the Lamayuru monestary, we stayed back in Hotel Namra in Tingmosgang – a remote village about 4km off the highway.

Again, with the season not yet started, we were the only guest in the hotel. The owners were kind enough to invite us to their house which had a perfect Ladakhi kitchen for dinner with warmth from Bukhari.

Next day morning we were pleasantly surprised to see the beautiful Apricot blossom throughout the valley near the hotel. It made for some amazing photo opportunity. On our way back to Leh, we stopped at Alchi monastery. This is nothing like the ones we had seen before – relics, statues, paintings dating back to 1100 AD maintained in beautiful condition. We had a quick photo stop at Sangam  point – where river Indus and Zanskar meet. The last stop was Hall of Fame museum built by the Indian Army showcasing the history of Ladakh, the wars fought in the area and a War Memorial. This time around, we stayed in a different hotel Rafica in Leh – much closer to the market.

There was a twist in the tale as the Leh – Nubra road via Khardungla was closed, and we had to take a much longer route via Chang La pass (world’s third highest road) and Shayok. The distance was not only longer by 80km, but the ~25km of the route was “without road” and we were driving on the river bed. On the way, we stopped at Diskit to visit the large Maitrey Buddha. We reached Nubra by 4 pm. We had opted to stay in Hotel Karma Inn despite there being multiple camping options. It turned out to be a good decision as all the so-called camps are tents built in a garden. None of them were on the river bed or valley edge.

It is recommended for a two Night stay in Nubra as you reach late in the evening exhausted and then if it’s a single night; you leave for Leh early next morning.

Turtuk is a small village just 6 km away from Pakistan border – a 2.5-hour drive from Hunder. You need to cross by foot a  wooden bridge and climb to the village. But then you are greeted by lush green farms, small village lanes, and Apricot blossom. Back by afternoon, we did the double-hump camel ride in the sand dunes of Nubra.

We left early morning for one of my most anticipated drives via Khardungla pass. It still being late winter, there was quite a bit of snow en-route. The road at the top was slippery with a lot of vehicles struggling to make the incline. We had to take frequent stops for vehicles to push ahead through the snow. It does feel like an achievement after finally reaching the top at 18,380 feet. We were back to Leh by 3 PM; we head to the Leh market for shopping some Apricot oil, Seabuckthorn Jam, and Buddhist artifacts. We spent the last night watching the mighty snow-capped the Himalayas for the last time.

We had a 10:30 AM Go Air Leh – Delhi flight followed by a late noon flight back to Mumbai.

This trip was originally published on The Desi Travels

HotelsMap
SPONSORED
Want to book a similar trip?
I accept the Terms of Use and Privacy Policy of Tripoto.
SPONSORED
Related to this article
Weekend Getaways from Leh,Places to Visit in Leh,Places to Stay in Leh,Things to Do in Leh,Leh Travel Guide,
Tagged:
#Leh#road trip#nature#adventure