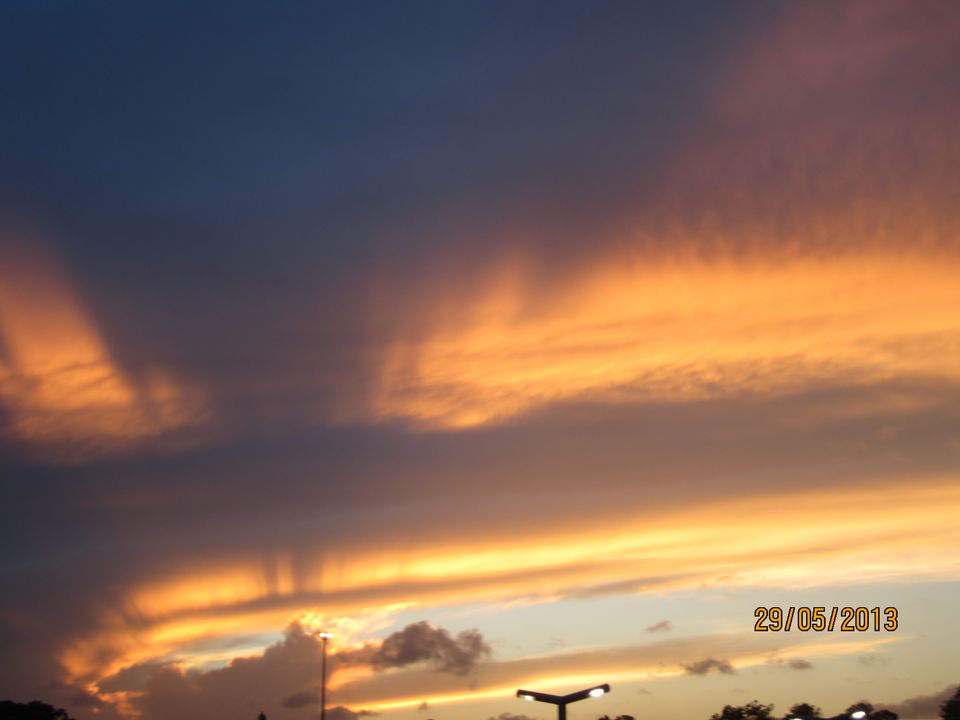 Sugar, spice and everything nice! That's how I would like to describe Orlando. From DC, we flew to flew to Orlando. Now the flight itself was an interesting story. We had a connecting flight to Orlando. However, the airline overbooked the first flight and ran out of space for us even though we reached the gate well before time. Instead, they offered us a direct flight at the same cost and we reached much sooner than expected. That helped us get in some well-deserved rest.

While traveling to Orlando on a budget, one must bear a couple of things in mind. First, the hotel/motel/home stay you pick should offer a free hop on-hop off service to all the major parks and resorts. This way its easier to save money otherwise spent on outrageously expensive cabs. Second, book rooms with a basic grocery store nearby and with an in-room kitchen/kitchenette. This would save the expenditure on buying snacks when visiting the parks. Saving every penny helps in Orlando because even though I love the parks, they are ridiculously expensive!

The next day was kind of a big one for me, so I was up early and as ready as I could be. We were headed to Universal Studios. The Wizarding World of Harry Potter had debuted just three years before our visit and Potterheads the world over, couldn't stop raving about it. It was my turn finally! While there are three parks at the Universal Studios, one of them is a water park. The others in the family bought a day pass for the other two parks but I was pretty sure that I wanted to spend the day at Islands of Adventure. After all that is where the magic happens. Get it?

The Wizarding World Of Harry Potter

Unlike today, back then the Wizarding World of Harry Potter was entirely constructed within the Islands of Adventure. Thus, I saved a lot by just getting a one-park pass. I entered excitedly, fueled by the free hotel breakfast and shot straight to you-know-where. While entering Hogsmeade I was spellbound (Oops! I did it again!) 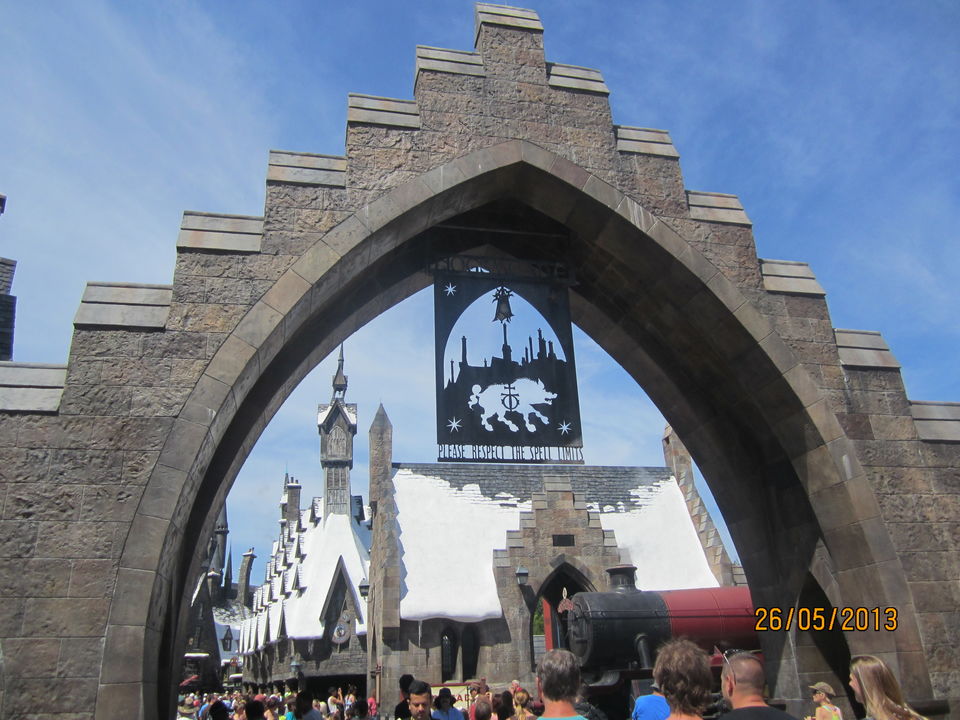 Ticket-checker of Hogwarts Express at Platform 9 3/4 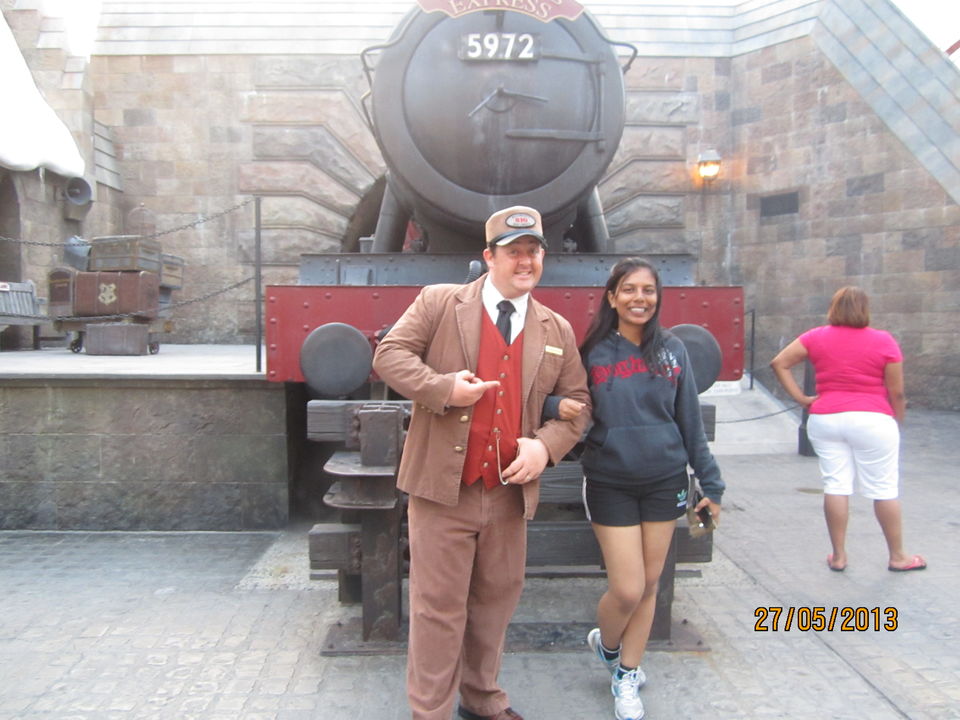 It was everything I could have imagined and more. The only disappointment I had that it was finite. I posed with the ticket-checker of the Hogwarts Express, with the ladies of Beauxbatons and the young men of Durmstrang. I had a divine concoction which kept me on a sugar-high all day long. Yes! You’re right. It was butterbeer! I checked wands at Ollivander’s and rode on some exhilarating rides. However, the highlight was the ride within the Hogwarts castle. It gave the riders a full experience of the First Task showcased in the movie, Goblet of Fire. While I didn’t carry my camera inside, I purchased my photo later.

Sipping on some chilled butterbeer 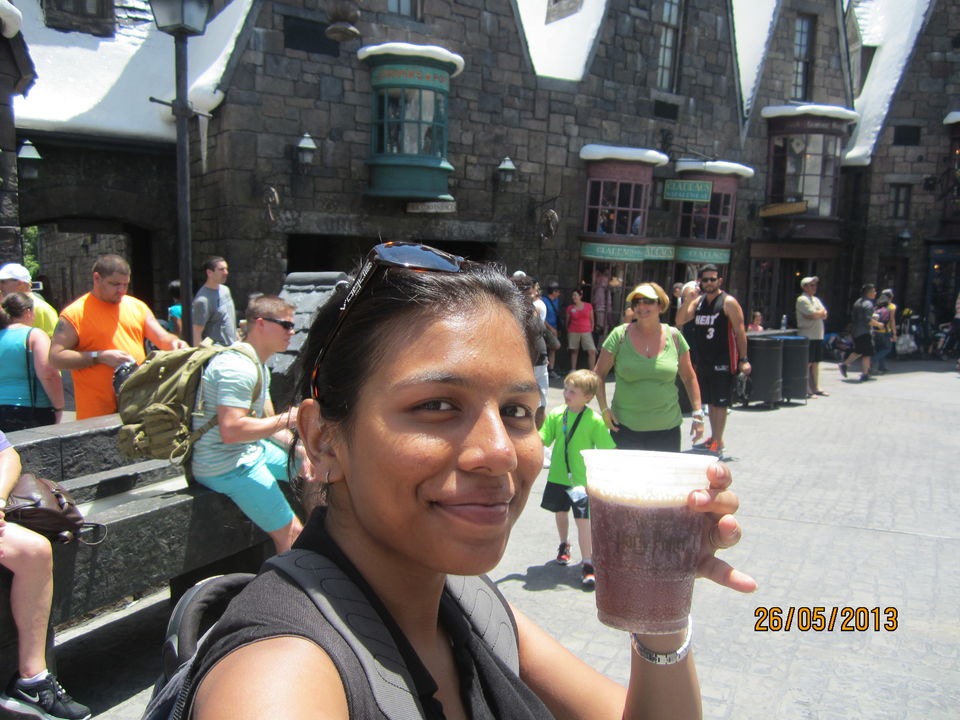 Posing with the Students of Beauxbatons and Durmstrang 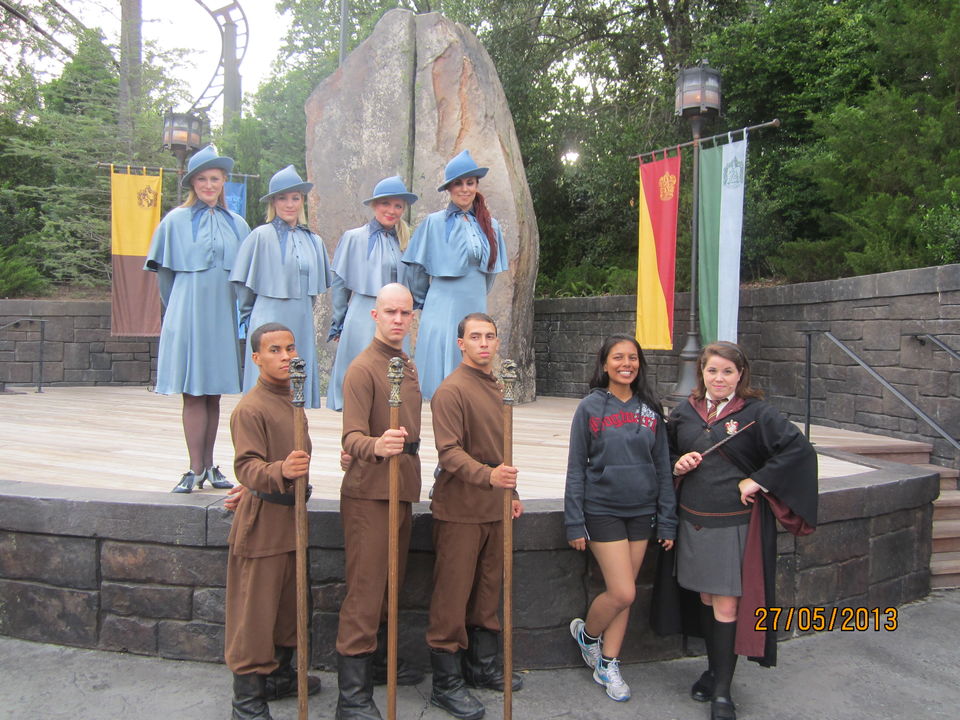 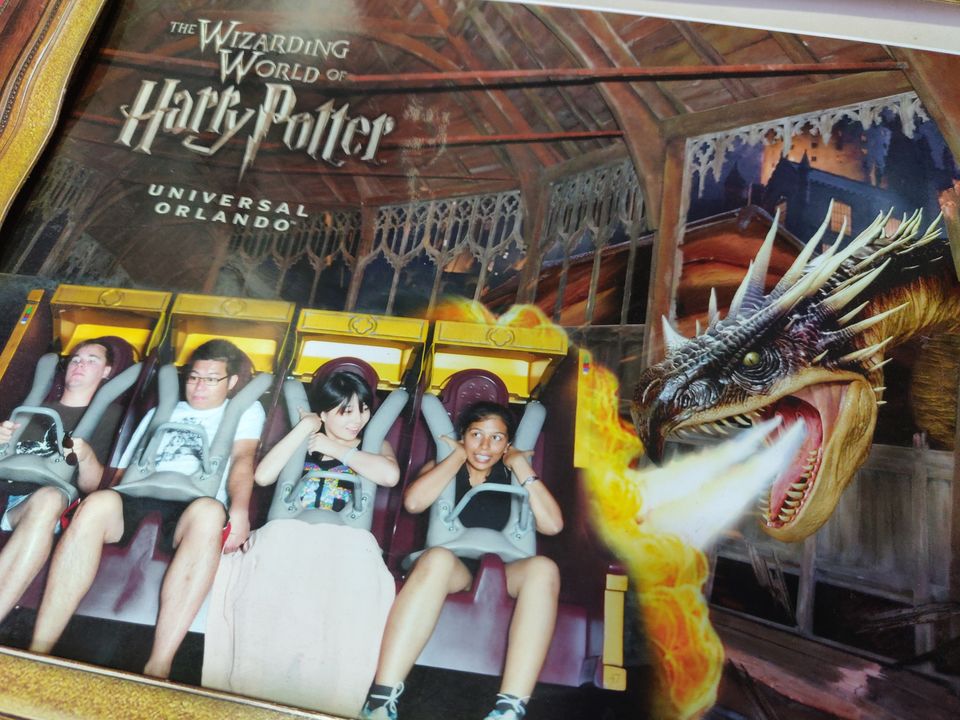 When my family joined me in the evening, I was already exhausted from the overdose of joy from that day. There was only one thing left to do. Shop! The store had interesting offerings some of which I bought and some I merely posed with. The most interesting artefact was the automated representation of the Monster Book of Monsters. It felt exactly like the one shown in the Prisoner of Azkaban! 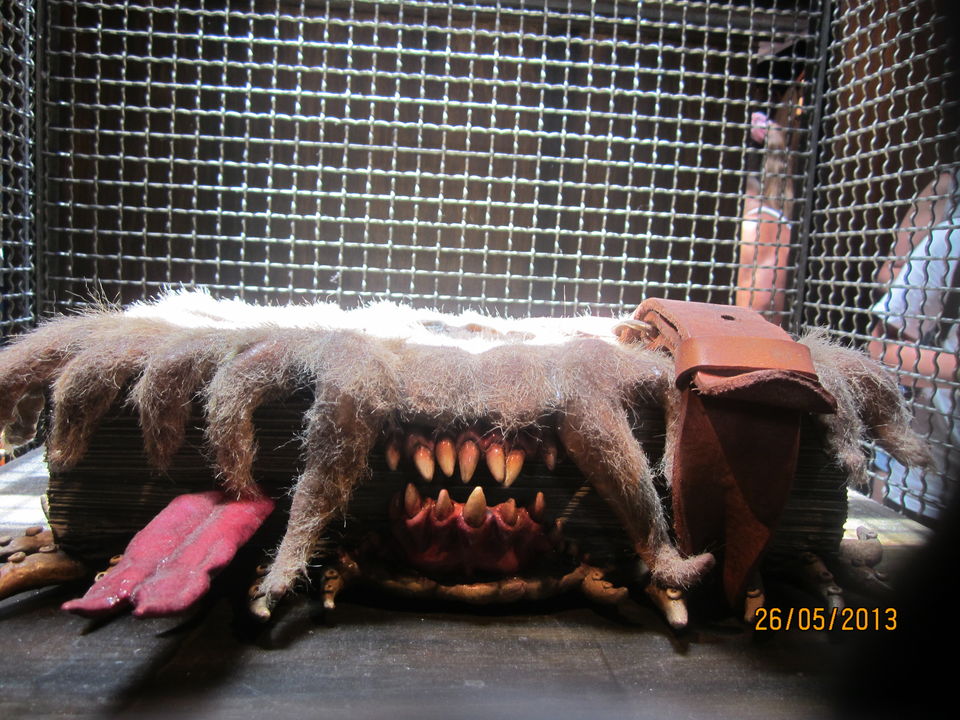 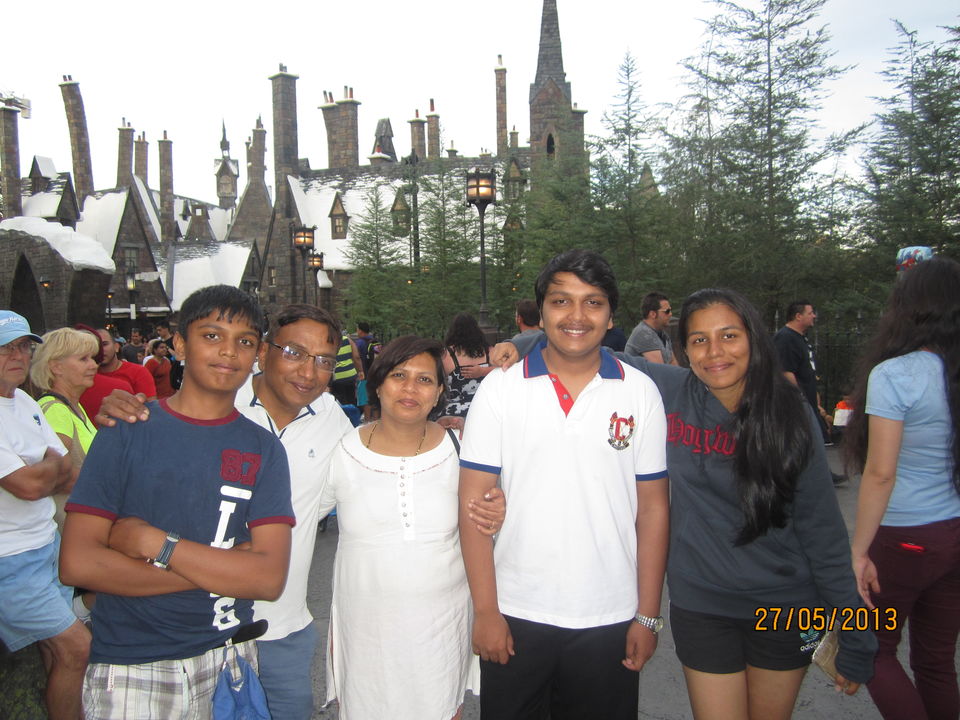 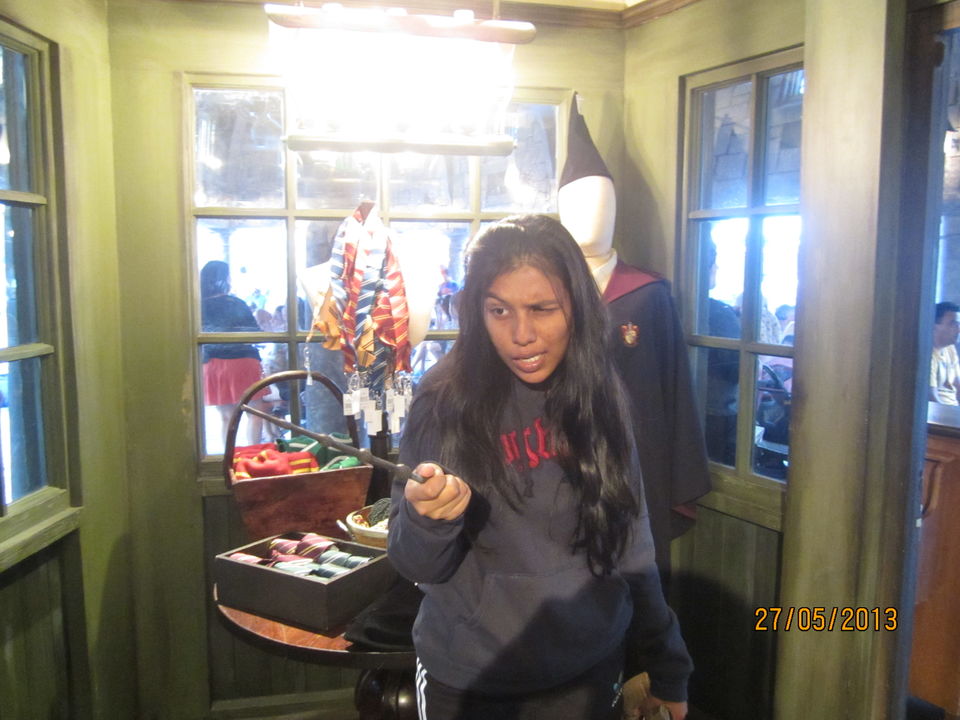 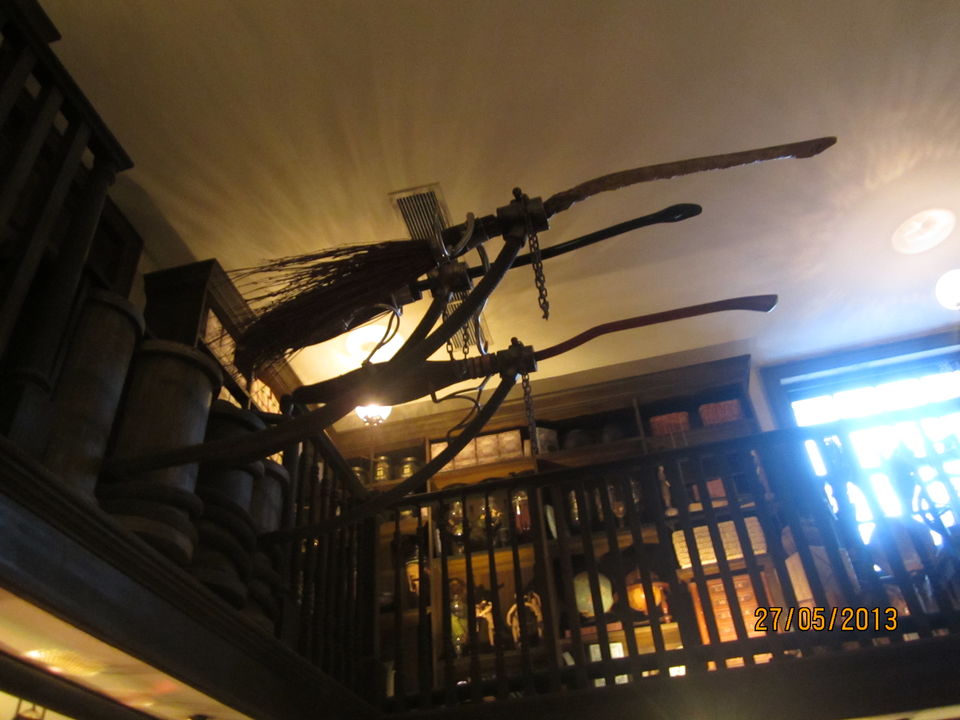 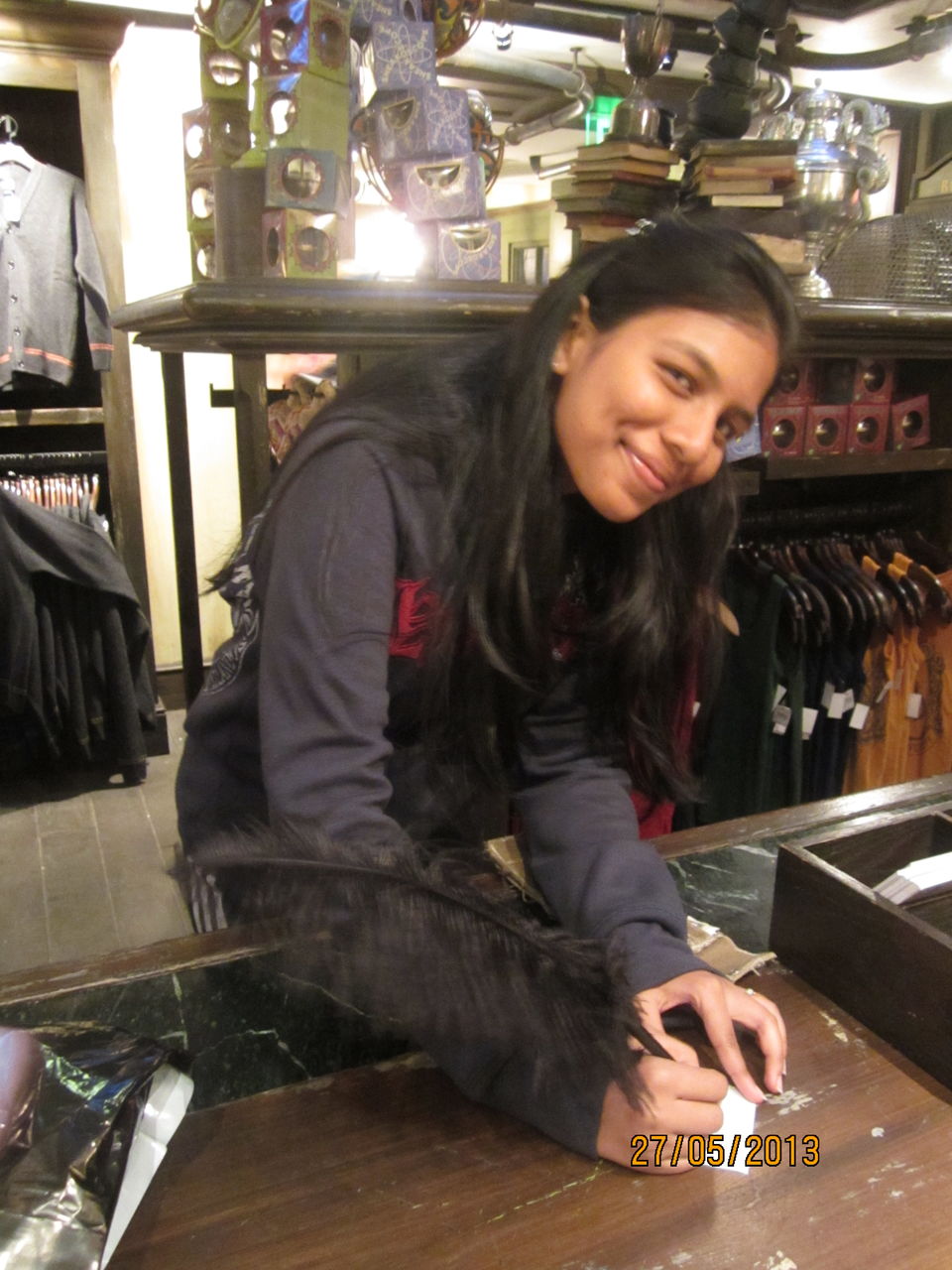 While I could spend an eternity there, we had to return at some point (specifically that night). I keep reading that the park has been evolving with newer experiences and I hope to return to it some day.

Since my wish had come true, the next couple of days were spent on realizing others' wishes. My aunt had wished to visit Disney World since she was a little girl. So the next day, we found ourselves at the Epcot Center and Magic Kingdom. Soarin' was my favorite ride at the Epcot Center. I loved the country pavilions too! 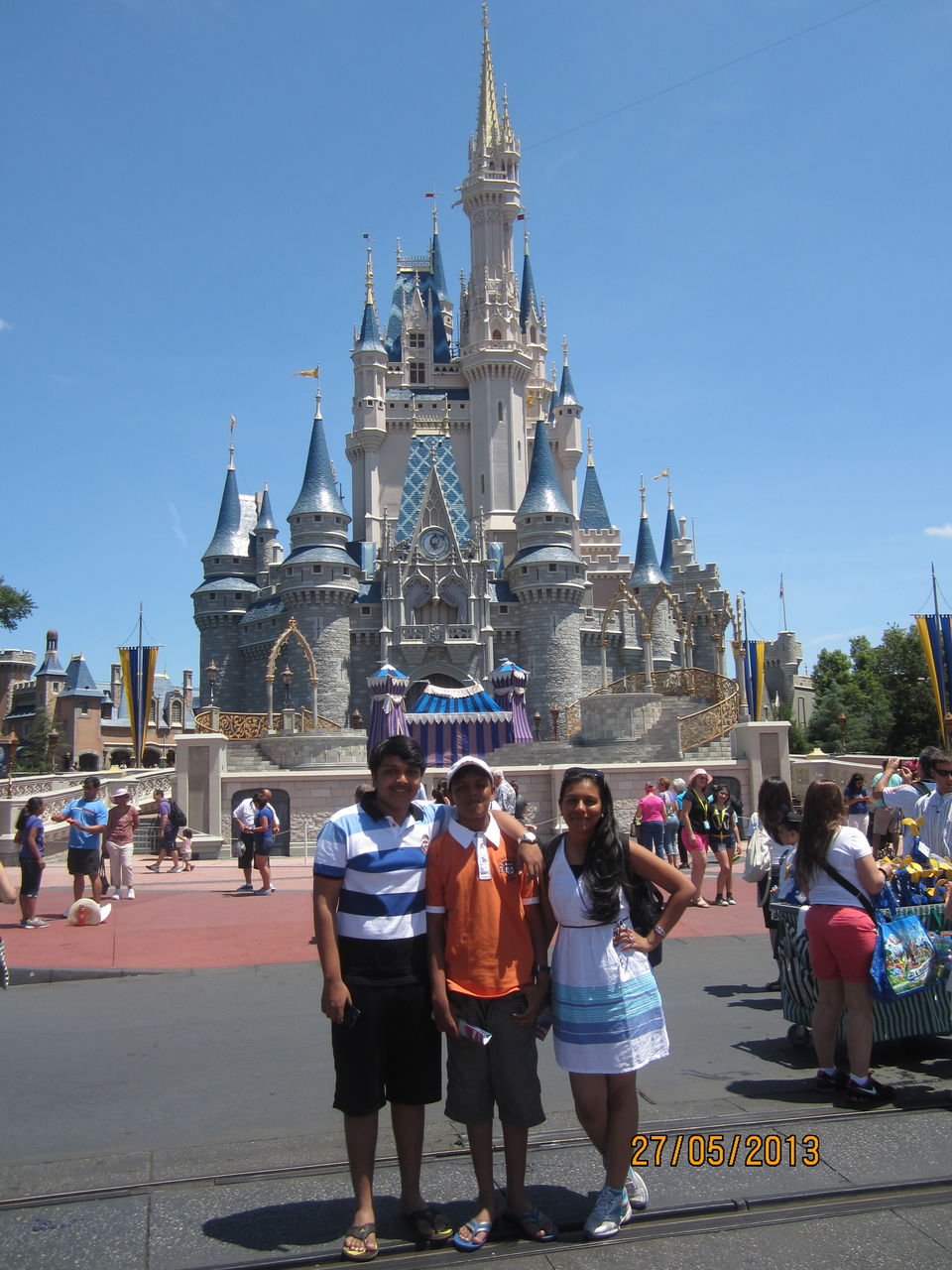 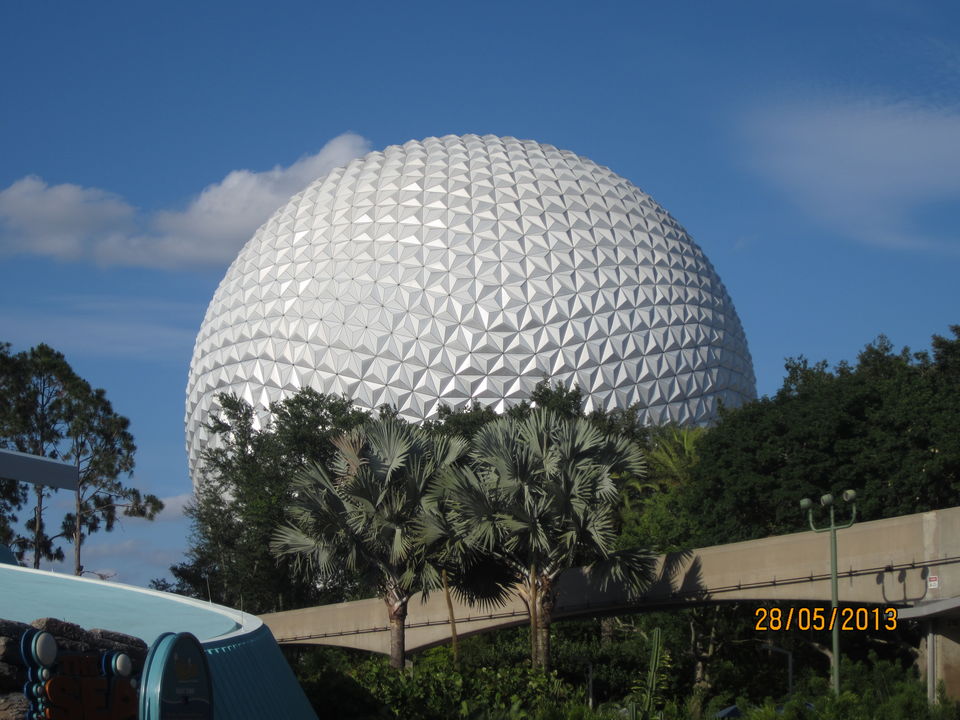 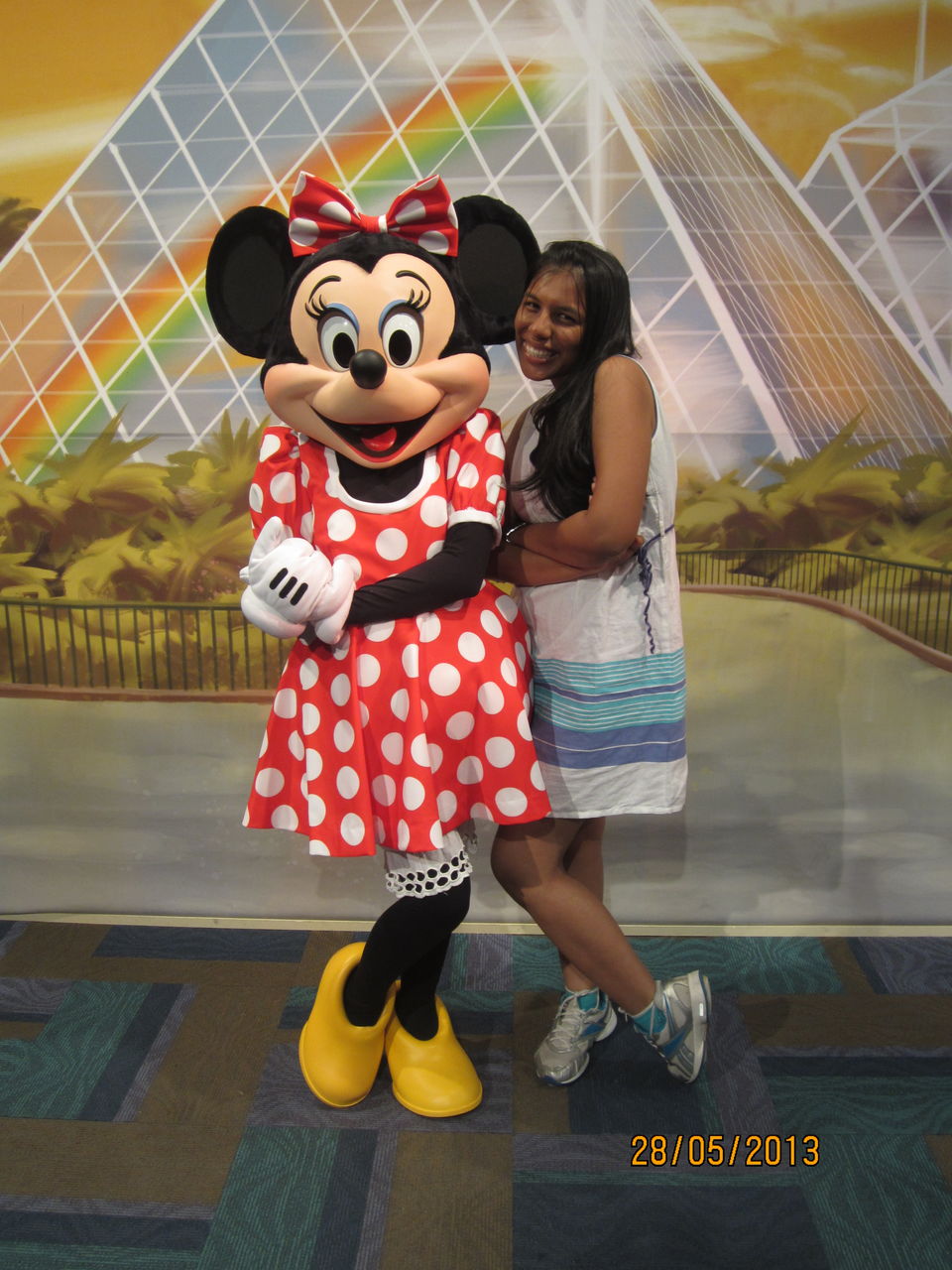 The two days following these magical memories were spent at Animal Kingdom and Seaworld. Back then, I was unaware of the unethical treatment of animals that is carried out in such establishments. The animals are kept in uncomfortable environments such as tanks for almost their entire lives and go through brutal training to perform as show animals. Since I am now well-read on this topic and have made significant changes in my lifestyle choices, I will not be showcasing the animals from these two parks but focus on the rides instead.

At Animal Kingdom, I danced with the performers and admired the dusk sky before leaving for the day. That brought an end to my Disneyworld visit. While the parks until then offered some phenomenal rides, design-wise, my favorite ride in Orlando turned out to be one that we experienced in Seaworld. It was called Manta. Once the riders are seated and locked it, the seat is rotated ninety degrees to the back such that the riders are suspended horizontally with their eyes facing down. Once the ride started, instead of being pushed back by the wind, we were diving head-first through every twist and turn. An absolutely genius design! We ended up going on that ride twice! 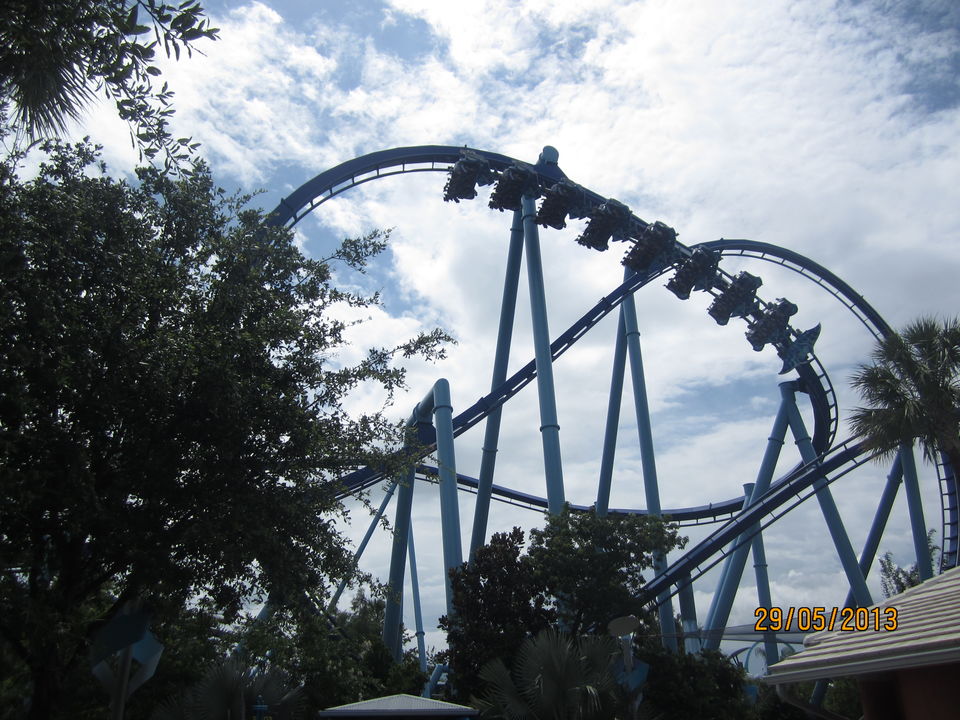 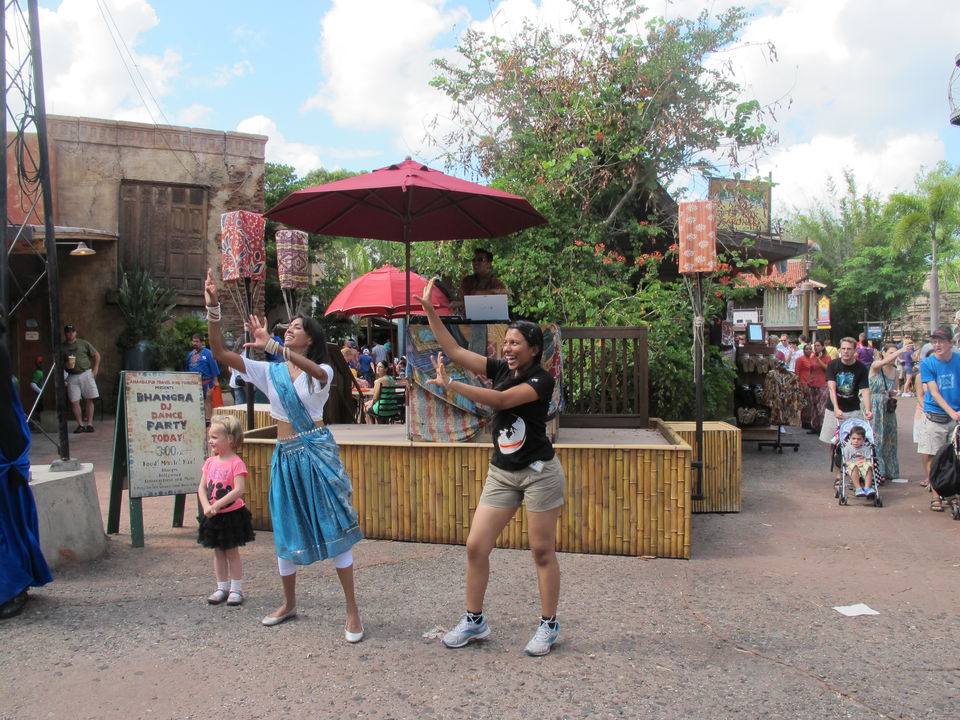 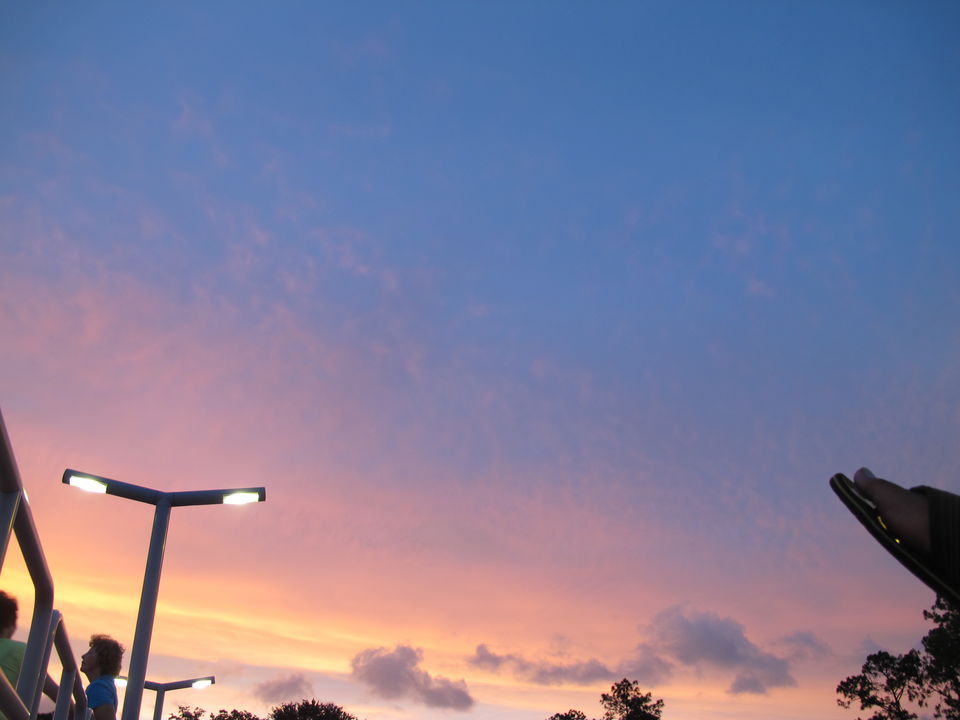 After all the fun and frolic, it was time was an educational detour before we headed onto an next city. On our last day in Orlando, we visited the NASA Kennedy Space Center. We took a tour of the campus and saw the vehicle assembly building, space shuttles and even the final descent capsules. When we visited the launchpad view point, we were greeted with little turtles and were informed that they frequented the region as the launchpad was so close to the ocean. My aunt and uncle thought that it would be worth investing in the 'Lunch with an Astronaut' program and that we did. We met Astronaut Col. Ken Cameron and listened to him with childish excitement as he shared the experience of him taking some ice cream and apple cobbler for Russian astronauts in space. Every space movie that I have watched since then, has taken me back to the memories I gathered there! 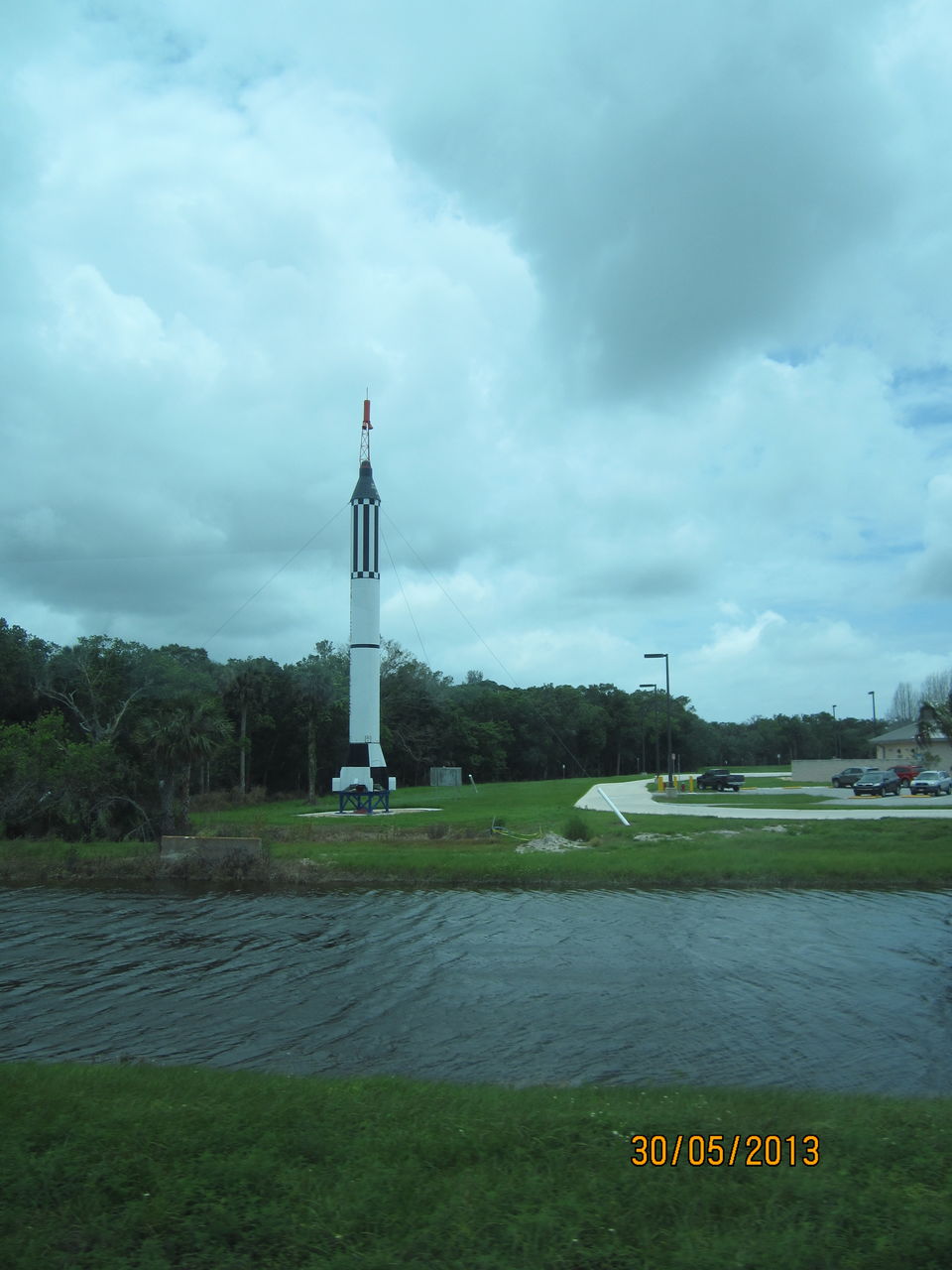 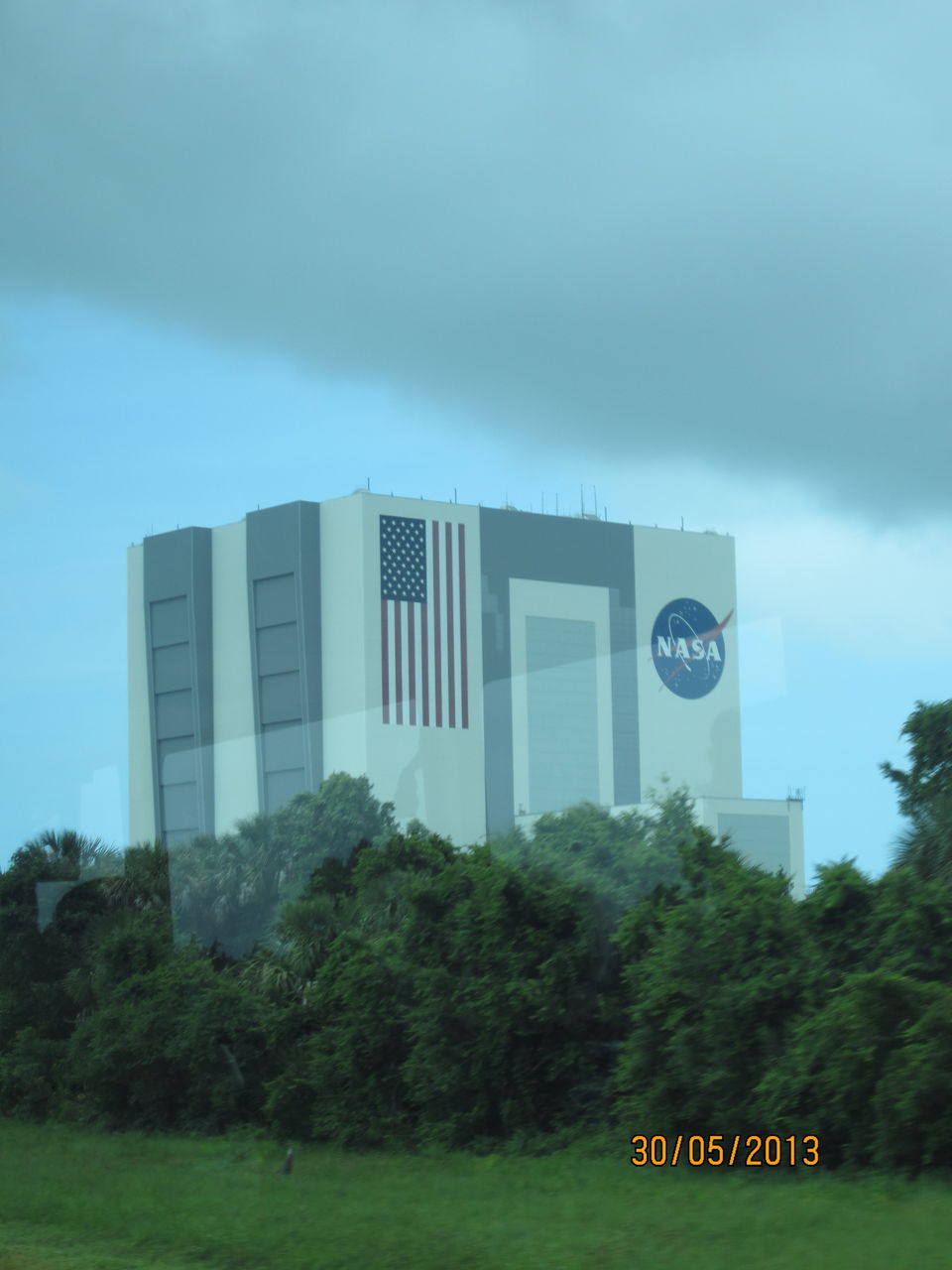 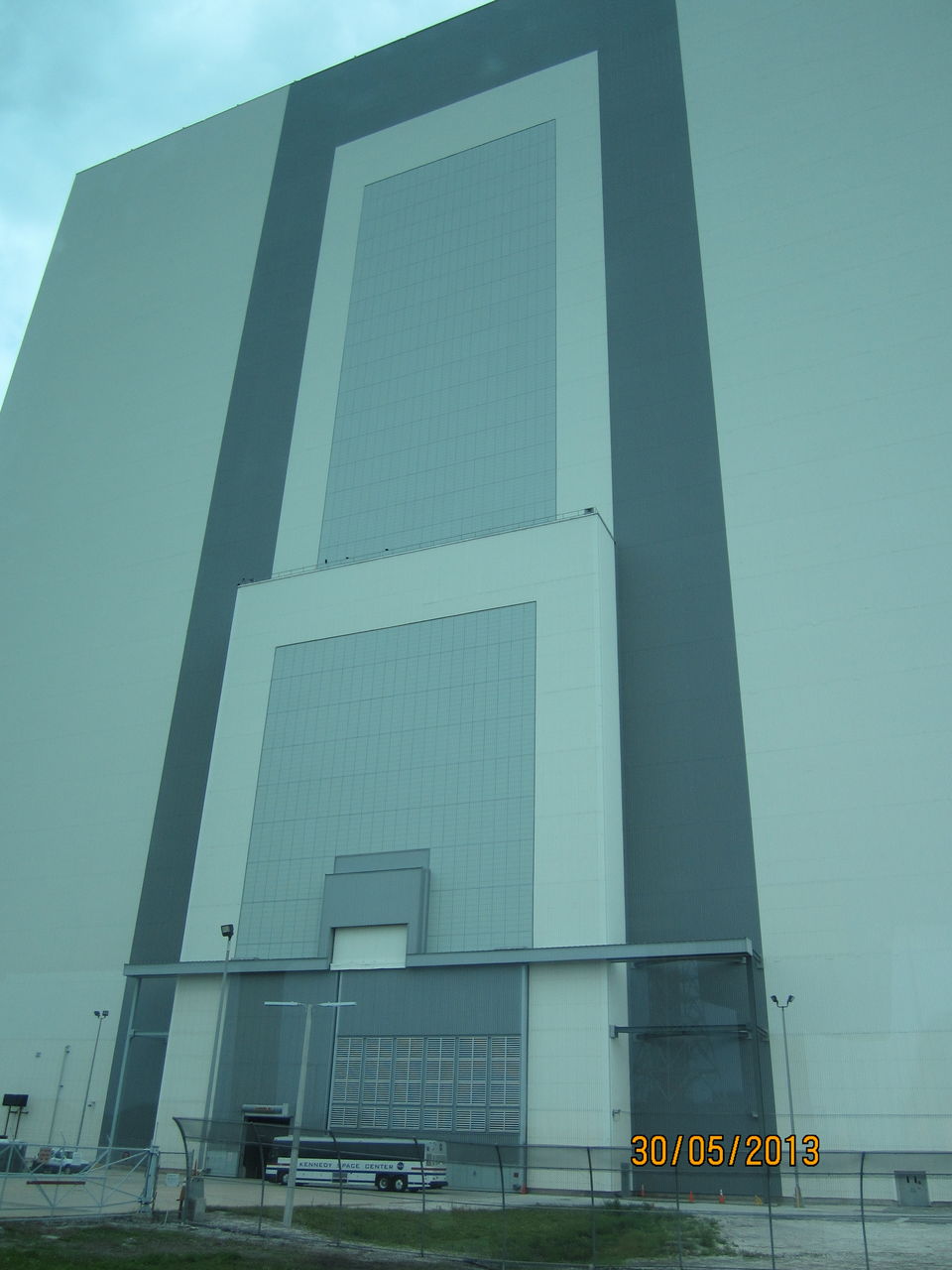 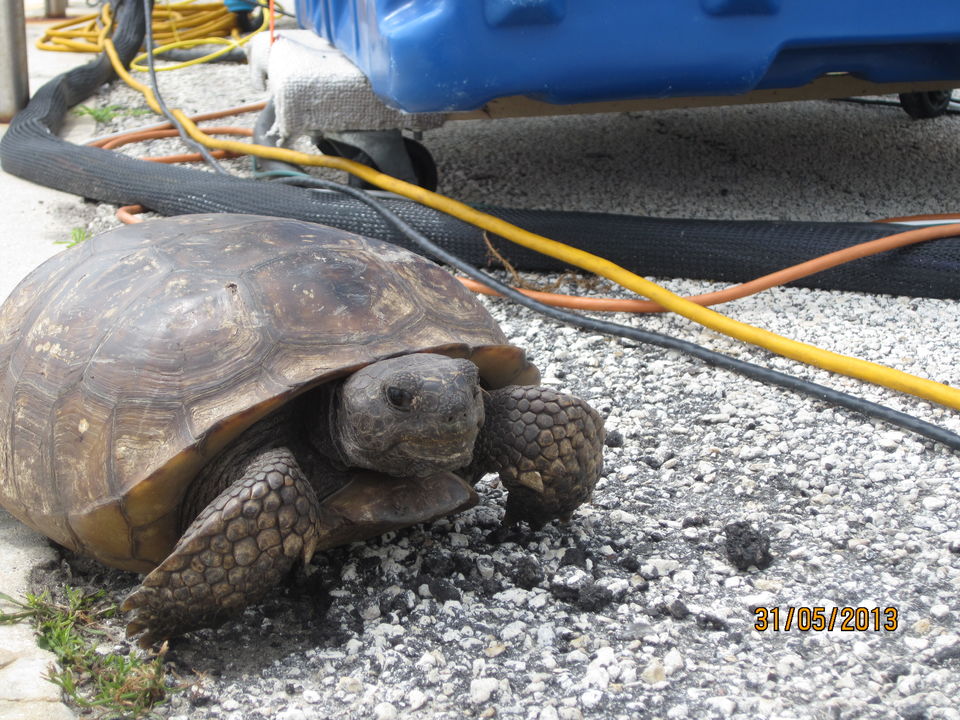 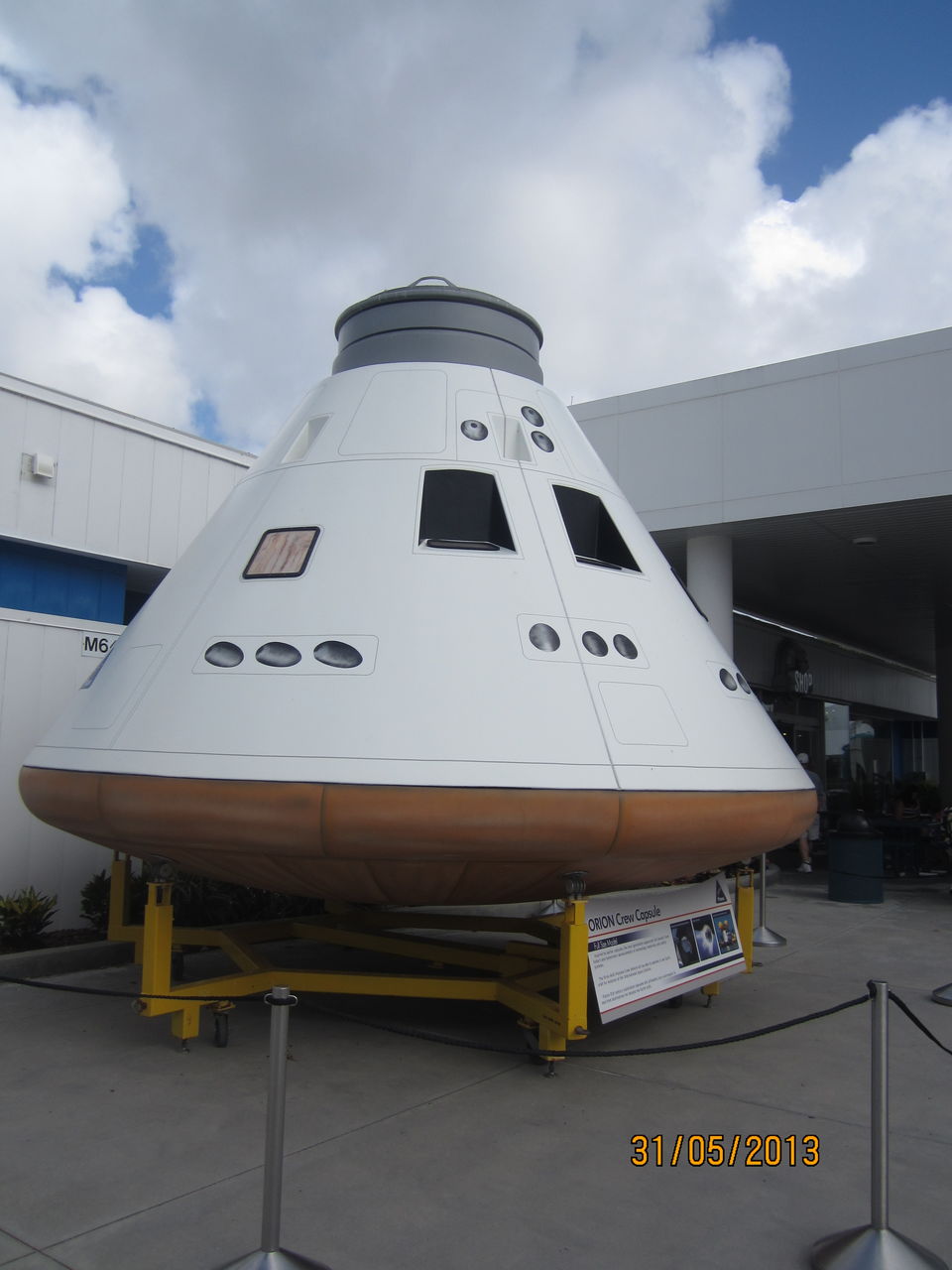 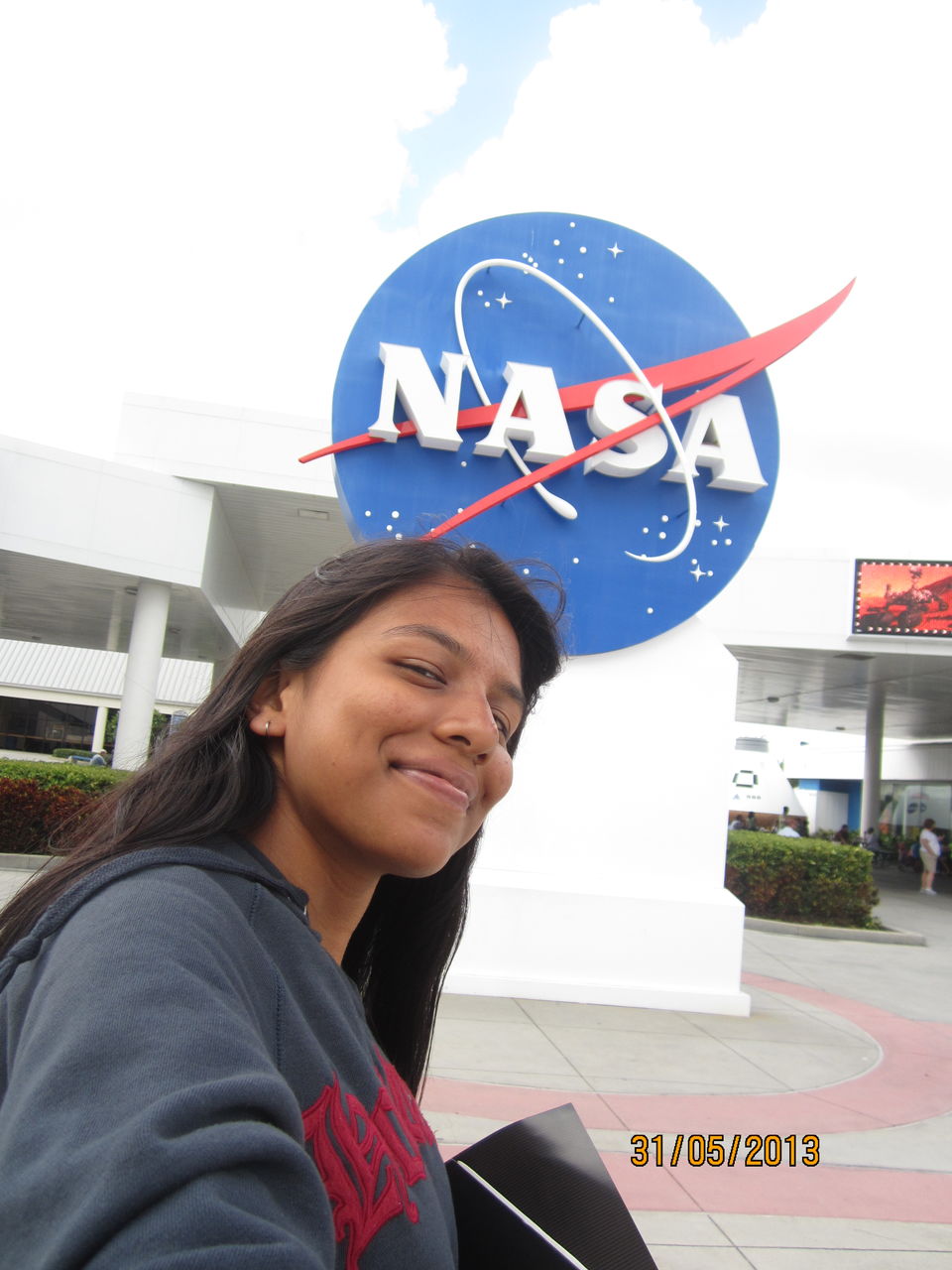 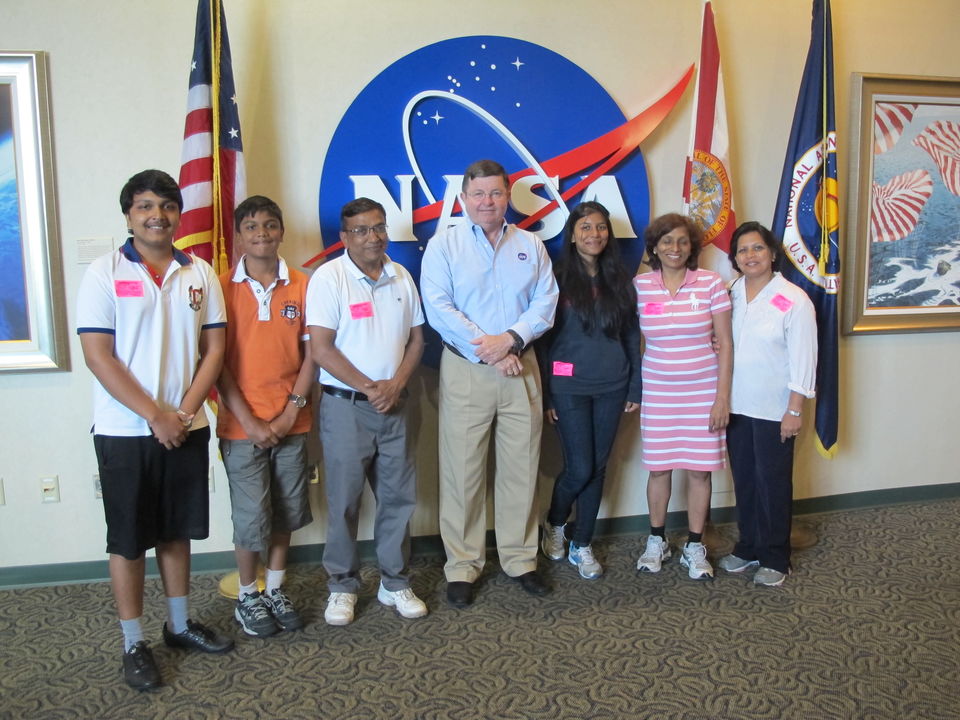 Also an expensive affair, the treasures of Orlando are definitely worth uncovering! Do let me know about your visit in the comments!

Next up: The land of gambling - Las Vegas!