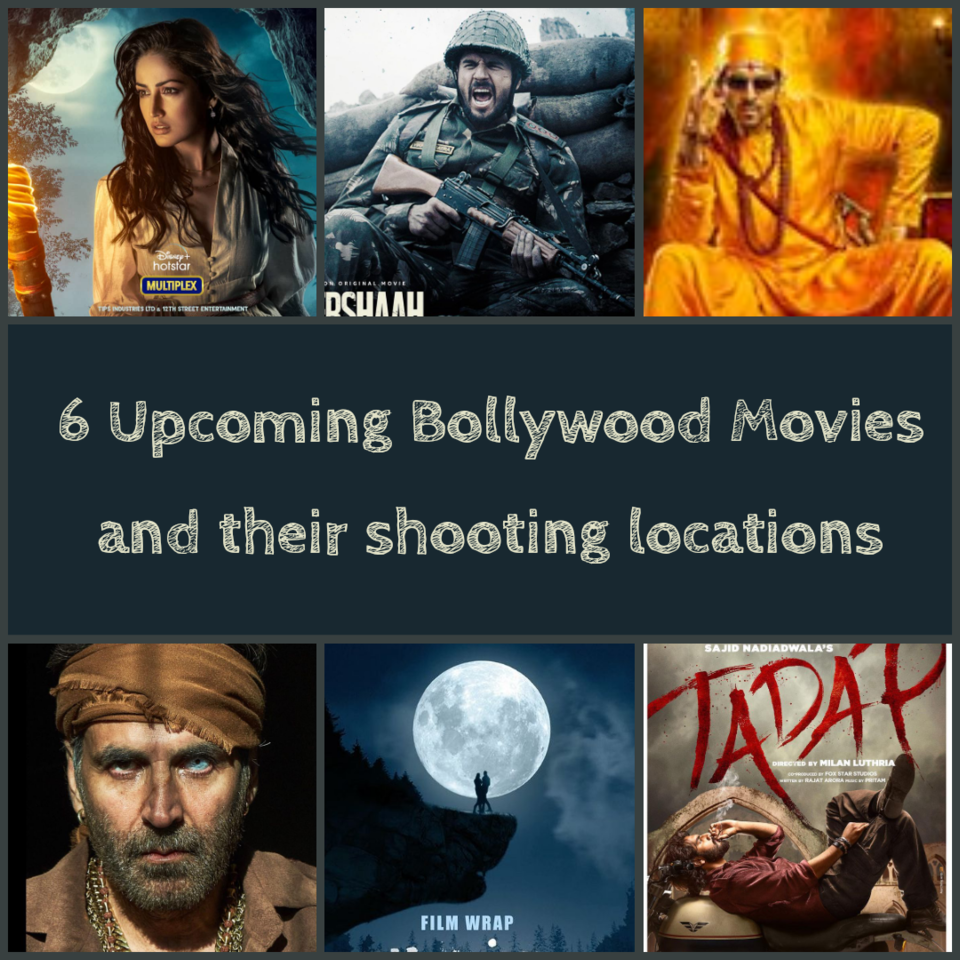 Bollywood has always given us some of the most unique and marvelous shooting locations in India. The Indian film industry is one of the best ways to promote tourism in even the remotest and most offbeat places in our country. For example, before Madhuri Dixit’s exquisite dance in front of Shungetser lake and Nuranang Falls in Tawang District for the ‘Tanhai Tanhai’ song in the Koyla movie, most of us have not even heard those names.

The rock-cut temples of Badami, which is a UNESCO World Heritage Site, came into the picture when Akshay Kumar and Sonakshi Sinha shot a dance sequence, ‘Dhadang Dhang’, for the movie Rowdy Rathore. So, we cannot deny the fact that we all love to experience those on-screen locations in real.

Bhediya is an upcoming Horror Comedy movie that has been directed by Amar Kaushik and produced by Dinesh Vijan. This duo had already made the 2018 blockbuster movie ‘Stree’. This is the third movie for Dinesh Vijan in the Horror-comedy genre. Varun Dhawan and Kriti Sanon are in the lead roles of this movie.

Bhediya has been shot mostly in the picturesque location of Arunachal Pradesh. We can see the Green Vistas of Ziro in this movie. Other than that, the movie has been shot in Sagalee (Papum Pare) and parts of the Pakke-Kessang districts. As per a media report, Varun Dhawan said in a statement "I want to promote Arunachal Pradesh 100 percent not only because of its picturesque topography but for its people and the talent the youths here possess." For Kriti Sanon, this was her first visit to the North East. Along with the scenic beauty, she also has praised the people of these regions for their welcoming behavior. The duo was in Arunachal Pradesh for 2 months. Over 70 percent of the artists in Bhediya are from Arunachal Pradesh, including a lead character, named Jomin. We can hope that this movie will promote these off-beat regions of Arunachal Pradesh in a true sense.

The film was wrapped up on 10th July 2021. Probably, the film will release theatrically worldwide on 14 April 2022.

Bachchan Pandey is an upcoming Action-Comedy movie that has been directed by Farhad Samji and produced by Sajid Nadiadwala. In the lead roles, we will see Akshay Kumar, Kriti Sanon, and Jacqueline Fernandez.

The shooting for Bachchan Pandey started in January 2021 in Jaisalmer. From an Instagram Post of Kriti Sanon, we came to know that, during the shooting, they have stayed at Suryagarh Palace, Jaisalmer, and also some indoor sequences have been shot at this luxurious hotel. So, we can easily understand that ‘Golden City’ will be the center of attraction in this movie. In this movie, Akshay Kumar will play the role of a gangster who aspires to be an actor. Kriti Sanon will be a Journalist in this movie who harbors dreams of becoming a film director.

Bachchan Pandey was slated to release on Christmas last year. However, the shoot got delayed due to the coronavirus pandemic. Probably, the film will theatrically release on 26th January 2022.

Tadap is an upcoming Romantic Action Drama movie that has been directed by Milan Luthria and produced by Sajid Nadiadwala. It is a remake of the Telugu film RX 100. In the lead roles, we will see Ahan Shetty (Son of Actor Sunil Shetty) and Tara Sutaria. This is the debut movie for Ahan Shetty. Milan Luthria is well known for the movies like ‘The Dirty Picture’, ‘Once upon a time in Mumbai’, etc.

The shooting of this movie was started in South Mumbai. A major portion of the film was shot in Mumbai and Mussoorie. Part of the shoot was taken place in Rishikesh. After the film was wrapped up, Tara Sutaria has made an Instagram Post stating that she missed Mussoorie a lot.

The film is scheduled to be released theatrically on 24 September 2021. Let us hope, Ahan’s first movie will be a great success.

Bhoot Police is an upcoming horror comedy movie that has been directed by Pavan Kirpalani and produced by Ramesh Taurani and Akshai Puri. The film stars Saif Ali Khan, Arjun Kapoor, Jacqueline Fernandez, Yami Gautam, and Javed Jaffrey in the lead roles.

The shooting of this movie began in Dalhousie during the first week of November 2020. After that, they went to Dharamshala. The film has been shot across locations in Himachal Pradesh. As a native of Himachal, Yami has enjoyed a lot during the shooting which can be seen in her Instagram post related to Bhoot Police. She wrote that, “Ditching car ride post-pack-up for the much-needed walk by the hills...Can’t explain this feeling...”. As per the media report Bhoot Police has also been shot in Jaisalmer and Mumbai.

The film is scheduled for release on 17 September 2021 on Disney+ Hotstar.

Shershaah is an upcoming biographical war film directed by Vishnuvardhan and co-produced by Karan Johar. The movie will be based on the life journey of Param Vir Chakra awardee army Captain Vikram Batra. Sidharth Malhotra and Kiara Advani will be in the lead role. Captain Vikram Batra led one of the toughest operations in mountain warfare in Indian History. He was often referred to as ‘'Sher Shah'’ ("Lion King") in the intercepted messages of the Pakistan Army.

The movie has been shot in Chandigarh, Palampur, Kargil, and Kashmir. As per Sidharth Malhotra’s Instagram Post, “It was his courage that led him to the battlefield & conquers every height he set his mind to.” The life journey of Captain Vikram Batra will surely inspire us. Along with this, we can expect to see the beauty of the nature of those places.

The film is scheduled to release on 12 August 2021 on Amazon Prime Video.

Bhool Bhulaiyaa 2 is an upcoming comedy horror film directed by Anees Bazmee and produced by Bhushan Kumar. From the title of the movie, we can understand that this will be a sequel to Priyadarshan’s 2007 iconic horror comedy Bhool Bhulaiyaa. However, we will see Kartik Aaryan, Tabu, and Kiara Advani in lead roles.

As per the media report, the shooting had started in three different locations i.e. Lucknow, Manali, and Mumbai, but had to be halted for long durations in the past. A major portion of this movie has been shot in Mahmoodabad Palace of Sitapur district in Lucknow. Also, we can expect to see the snow-clad mountains of Manali in this movie.

The film is scheduled for release on 19 November 2021.

Due to the Pandemic condition, the movies which have been planned for theatrical release, may be postponed. However, the shooting have already been completed for most of the above mentioned movies.