Things not to do in the UK 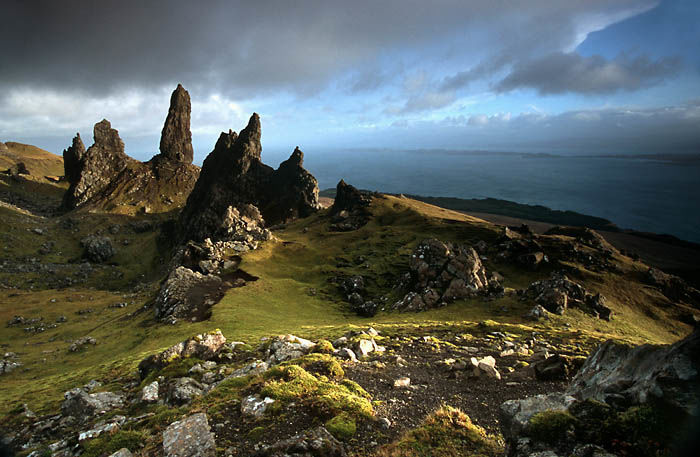 When it is my time and I am gone

To meet him, the creator, the One

And he says I have been enough, more than most men

It is my time, all the rest, to find myself in heaven

I will say “Pardon me Oh Mighty, spare me the heaven

Have I been like you say, send me to Scottish Highlands

For there is no other place I’d rather be

For a lover of any form of art, a chance to travel to the UK is like having a distant dream become reality. I have always known great art is inspired either by depression or the realization of being surrounded by endless beauty. The former may have a small part but the latter is definitely the inspiration for the British. They are surrounded by beauty that knows no bounds.

Almost everyone researches about the destination before starting out their journey, except some travelers with a nomadic soul. I had been traveling through the UK for about a third of the month of June this year and there are lots of things I learnt that tourists, and sometimes travelers too, commonly go for only to realize in hindsight it was a mistake and wish they could have done it differently. I believe each trip changes you somehow or the other and teaches you a lot. Although the planning and execution on a trip varies from person to person, depending on one's interest, I managed to compile a few things, which I feel tourists might go for and because of these they might miss out on other, possibly better, places and ideas.

Edinburgh and Glasgow are the most popular destinations in Scotland, former being the capital and the latter the industrial capital. London is by far the most visited destination in the UK. Edinburgh and Glasgow have a Victorian feel to them. The reddish brown structures spread throughout the city makes you wonder if you are living in Walter Scott's imagination. All three of these cities, with quite a number of tourists, have numerous City Bus Tours, which takes one across the city in Hop-On-Hop-Off buses. These tours, popular amongst the tourists, however, can and should, be avoided. They have a fixed route and take you to only the most popular, sometimes not the best, destinations and a lot of them may not be of any interest to you. The most beneficial alternative can be to pick up a map, which are available in plenty, get a daily bus pass, which is considerably cheaper than the bus tours, and research about the places of your interest either from the internet, which is provided for free in the buses, or from the locals, who roam around freely in the city.

Although the cities can be fascinating, the spirit of Scotland lies in the Scottish highlands. A wide terrain, frequent by lochs of all sizes would make you feel alive. You will be on a green bed with a blue blanket. The best way to explore highlands is to go on a hike from one town to another. There are enough small towns on the way and lots of bed and breakfast inns which are quite affordable and comfortable. Imagine waking up in the morning to this and you wouldn't want to go back ever.

A day's journey from 'the highland capital' Inverness is Isle of Skye. Isle of Skye, in my opinion, can almost certainly be the most beautiful place on this planet. A place as if out of a Blyton fantasy, there is no location more picturesque, sky is nowhere as blue, water is nowhere as clear as on the Magic Isle.

London is, without a doubt, a city of dreams. However, while you are in England, you must leave London and visit the English countryside. The best way to cover the countryside is through Brit rail. Towns like Manchester, Stratford-upon-Avon, and Leeds, apart from being breathtaking, are significant for a whole lot of reasons from being one of the birthplaces of the industrial revolution to the birthplace of  the great Bard of Avon. The small towns are prim and proper with sweet mannerism in the air. The houses neatly arranged as if they sprung up straight from their miniature models. Live on a farm, even if for a day and discover why a breakfast of eggs and bacon is called the best one can ever have.

Eat all your food in a fine-dine restaurant-

It is often perceived that the best food available is in the most unexpected places possible. I have more often than not found this to be true. The taste of a traditional English apple crumble or a Scottish pie that I ate in relatively unknown towns in the country and the highlands respectively do and will remain unparalleled. A take away place near the Edinburgh castle served me fish and chips with much enthusiasm and left me smacking my lips and thinking if they had put a secret ingredient to make it taste so much better than all the rest I have had or was it just their love that made it special.

Regard London as a waste of time and miss it altogether-

Although such travelers are handful, they are there! London cannot be missed. It may be too costly to spend much time here but it is worth it. Anywhere you go in London, remember- nothing is free except the streets. All the major attractions cost quite a lot. Some may interest one and the others won't but there definitely is something for everyone. London is a city of dreams and one of the fashion capitals of the world. Walking on the streets of London, I always felt I was in the middle of a fashion show!
London Eye is one attraction that should not be missed. I, for one, am in love with heights. The giant observation wheel gives you the best views possible of London and you have to resist from busying yourself with a camera for the whole ride to actually enjoy the view the architects of the wonder intend to show you.
Just beside the Eye is the London Dungeon. Now, this attraction won't have a unanimous liking. From the outside it appeals only to the lover of haunted houses and history. It is a wonderful place that transports you back to first the 17th century London and then the 19th and 20th centuries. If you have always wondered how it is like to live in the past and sometimes cursed yourself too to have been born too late, this is the place for you. The one hour you spend inside, going through the dark dungeons and feeling yourself amidst the characters that actually lived in those centuries like the court jester of king James and even Jack The Ripper, gives you the satisfaction of having the pleasure to experience an era you only read about and couldn't have lived before you stumble upon a time-machine.

Besides these, Madam Tussaud’s is another major attraction four tourists throughout the year. Whoever you are, whatever be your interests, you are bound to find a celebrity (of wax) of your liking here.

Tickets to all the above attractions are available online as a combo for a much cheaper price than at the attractions.

London has been and will always be one of my favorite cities. Being a bookworm, I was thrilled to see the places where J.K Rowling started writing the Harry Potter books, the favorite haunts of Sir Arthur Conan Doyle and the pub frequently visited by Oscar Wilde and Charles Dickens. I couldn’t have asked for more from the visit.