This couple is taking romance to dangerous heights 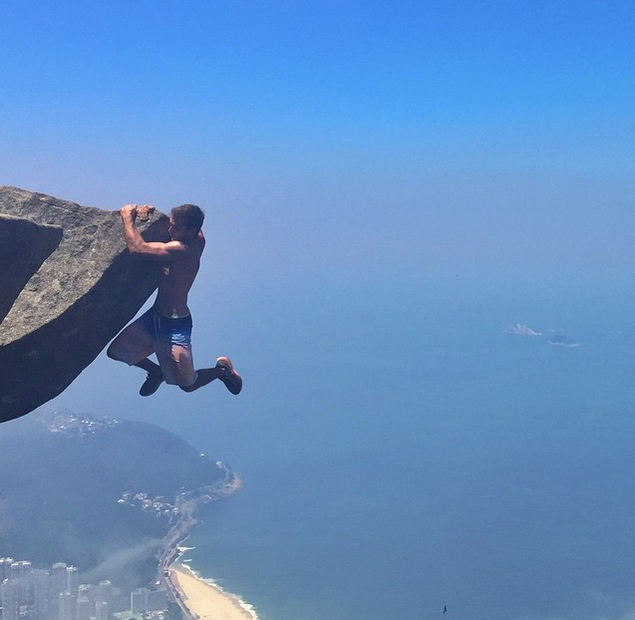 The rock-climbing couple at leonardopereira1 is taking Instagram to new heights with their dangerous idea of dates, because obviously what could be more romantic than having a chilled out evening over clouds. And then dangle each other off cliff ends for fun. The couple is based in Brazil and their account is filled with spectacular sights of their homeland and travels around the world. Leonardo Pereira, 23, met his girlfriend Victoria Nader, 18, while rock climbing in Rio. And ever since their romantic fairy-tale has room for only 3,000 ft cliffs and no castles or candlelit dinners. These vertigo inducing pictures are not all of their adventures since they delve into great terrifying depth of scuba diving as well as occasional pleasing sights of their adorable dog. And if you have any doubt about their sanity then you are mistaken because this is a couple who shares their passion for dangerous destinations and adrenaline rushes, which not just adds a depth to their romance but also makes your date to the mall quite boring. Pereira says,"I think that everyday someone call us crazy, but I think crazy [isn't] someone that you won't like." And there is a quote which gives their reason a nod of approval, "If you think adventure is dangerous, try routine; it is lethal". And just for another push to your and mine relationship with the couch, here is a picture of Pereira and Victoria just hanging on a cliff above the clouds with a bunch of friends.