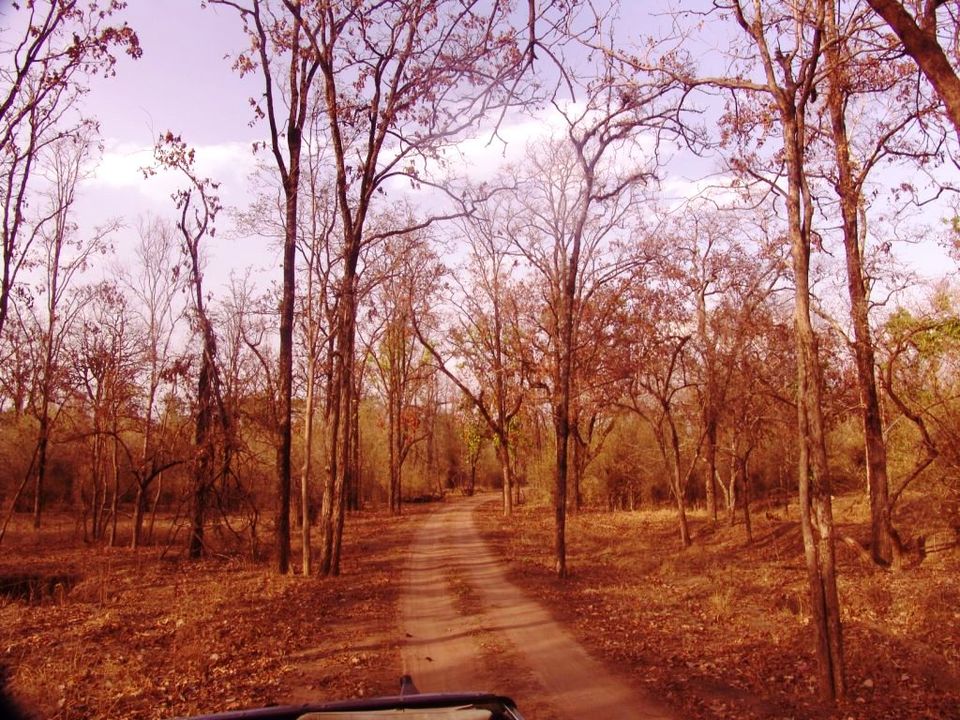 It was summertime. The temperature was hovering between 25 degrees to 30 degree Celsius. The roads were scorched and the trees parched. Water in our bottles was depleting in quick succession. We were yet to get lucky. In Magadi, the buffer zone of Bandhavgarh National Park, tiger sightings were rare and our expectations low. Mid way in the jungle safari, our driver who doubled up as a guide changed the route. He was well versed with the path and decided to park near a watering hole. ‘It is a hot afternoon, they will come to drink water’, he said. The watering hole had already reached its bottom. Sunset was still an hour away. That was our time limit. We had to get out of the jungle before the sun went down. We prayed for a rare sighting. Confined within the jeep, we absorbed the beauty the jungle had to offer. Spotted deer nibbling the scarce grass, Vultures circling high in the sky, a Blue Jay bird posing for our shutters. The long trees made for a dramatic view. It was serene. 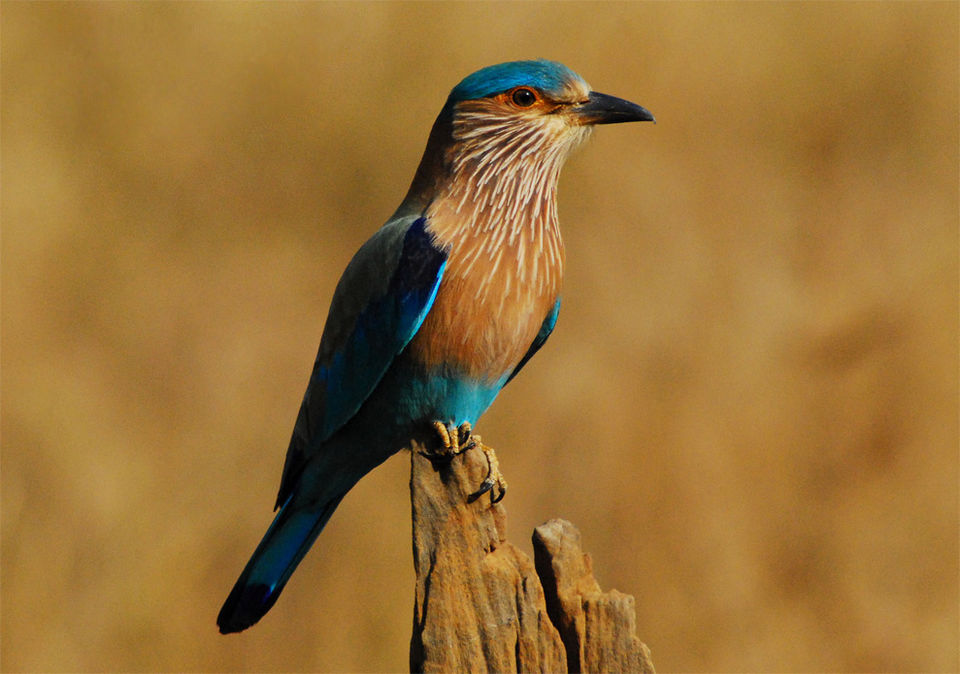 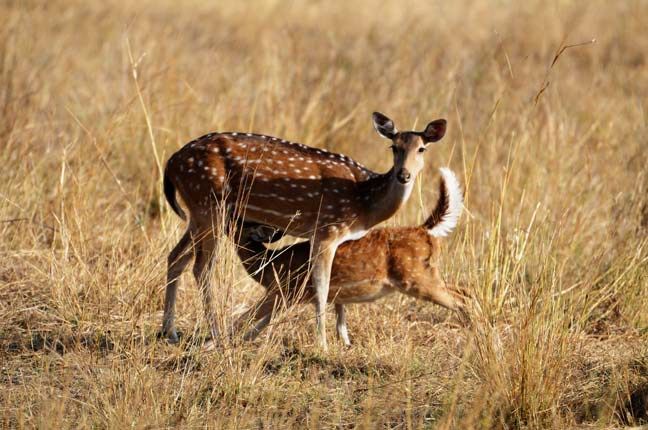 The mother and her baby. Picture Credits – Wikimedia Commons

A couple of minutes later, what sounded like random jungle noises to us, were the call of the Sambar deer announcing the arrival of a tiger. Our driver jumped in his seat, cranked up the engine and stared into the wild figuring out the source of the noise. STAY ALERT, he yelled. There was a flutter of excitement as we could not believe our luck. He rushed the jeep towards the noise, accelerating ahead and reversing with precision. He raised his voice to make us keep quite. But by the time he could finish, everyone had seen Him. Bokha, the tiger; the ruler of the Magadi zone. A few feet away. Not single soul moved. The silence was deafening. Petrified, we tried to stand to catch a glimpse. The beast walked past us with poise that could beat a leading runway model. Coolly, He went down the watering hole and made himself comfortable. In all probability aware of the 10 odd roving eyes on him.

Watching a tiger in its natural habitat is an exhilarating experience. Picture Credits – Wikimedia Commons

Bokha was one of the senior most tigers of Bandhavgarh. He was named Rajbhera at birth but became popular as Bokha, the name given by the locals after he lost his tooth as a cub during a conflict with another tiger. He was usually identified by his giant pug mark. Few more jeep reached the spot as the news of the sighting spread (The guides have a strong network). The shutter sound was endless. From a basic digital camera to a DSLR with 100mm – 400mm zoom lens, everyone pointed towards Bokha. We continued to observe the magnificent beast. For the next 30 minutes we enjoyed Bokha splashing around and drinking the leftover water in the pool, beating the sweltering summer heat. A rare, rare sight. 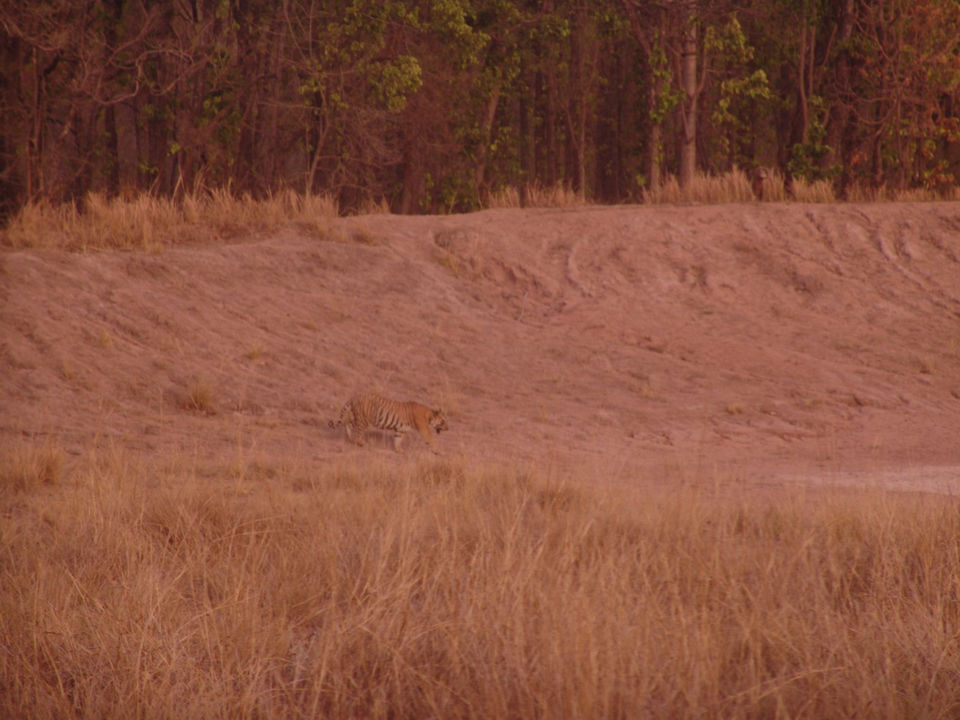 Pardon the poor picture quality. That’s Bokha on way to the watering hole. 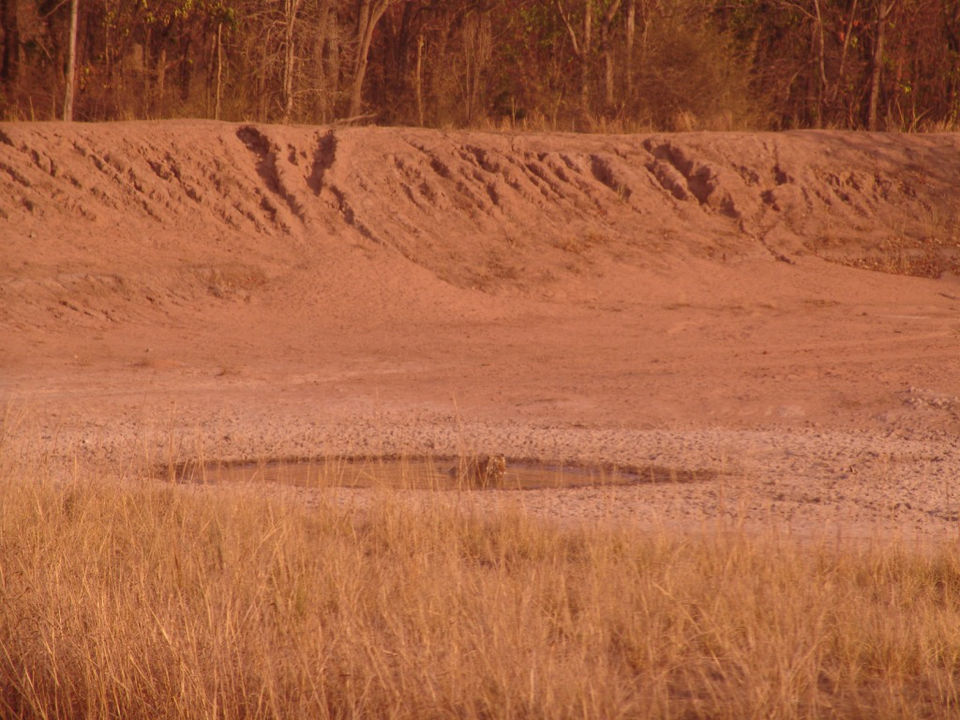 Spotting him is a real challenge. Right there in the middle. Saw?

A loud roar later, he decided to move out. Bokha walked back into the forest with the same poise. That was our cue to leave. We had to exit before the sun set in the horizon. Enthusiasts from all over the world come to India for a glimpse and most go back disappointed. I was overwhelmed that my first wildlife safari was a success. Nothing had prepared me for an encounter like this.

I glanced back at the jungle just as our jeep crossed the outer check post. A sudden rush of emotions flooded me. I was ecstatic and melancholy at the same time. But most of all, I was relieved; to be back in civilization; to be back in my comfort zone. 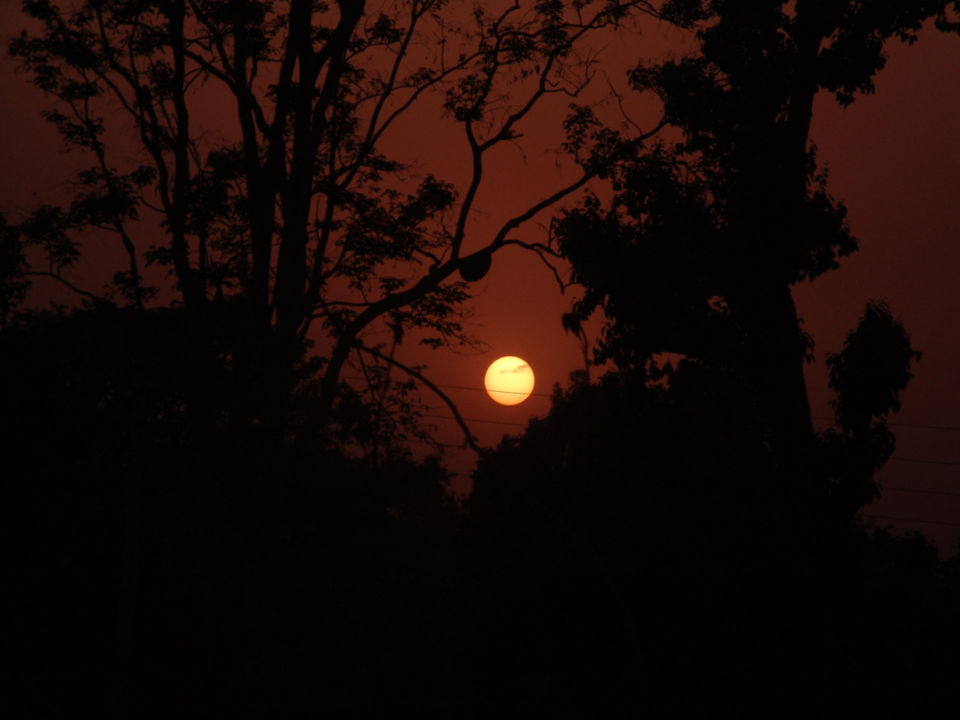 One of my favourite sunset photos at Bandhavgarh

FACTS: Bandhavgarh National Park is located in Umaria discrict in Madhya Pradesh and was declared a National Park in the year 1968. The park is open from October to June. Peak tourist seaon is from November to March though chances of tiger sighting are best during March to May due to dried up vegetation.

STAY: Numerous options are available for the budget and luxury traveller. The resorts provide meal throughout the stay as there aren’t any specific restaurants.

SAFARI: Most hotels provide assistance in booking a safari. As there is a limit on number of vehicles, it is suggested that you book them early.

*An edited version of this story first appeared in Sakal Times

*Pictures are clicked by me unless mentioned otherwise