To kingdom of Clouds- 'SELA trip' 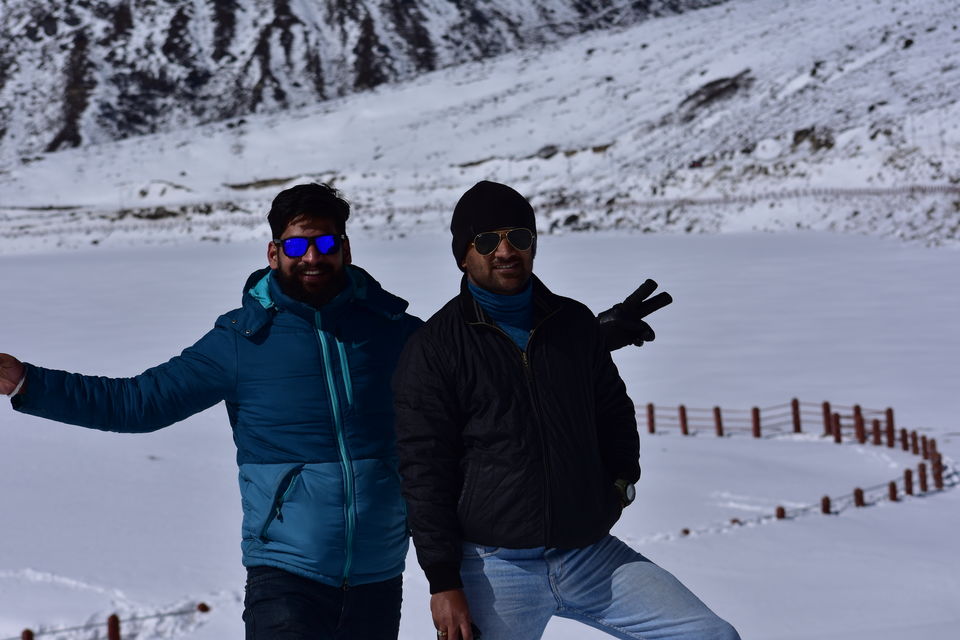 “It is not down in any map; true places never are.” – Herman Melville

And so it happened that we took this Guy really seriously and we refused to look at the map till the very end. On morning of 14th December 2018, which happens to be my birthday my phone rocked like, if it was an earthquake. My brother who has this nasty habit of breaking your dearest morning sleep after the yester night birthday bash, was on the other side. He said “ this time there is no surprise gift for you, yet a surprise trip awaits you – Be ready for North East in February ”.

I wondered for few days that exactly where its gonna be, but being younger to him i knew a bit that its gonna be something beyond Imagination. Than early in January he texted me to be in guwahati on 08th Feb 19.

Later in January he said have some winter clothing for yourself.

With these brief indicators to me, I landed up at Guwahati from Bengaluru by 1900hrs on 08th Feb, where I met up with my brother. We had our ride waiting for us, right at the Airport, “The Alto VXI”. The self driven car was rented from “AWE RIDES”, whose services were absolutely hassle free from handing over the car to receiving it. AWE RIDES staff were also helpful to us in advising us which route to take and small details to look into for the Trip. We drove to our stay close to city center. It’s worth mentioning that Guwahati is a well equipped city to serve all your needs for travelling in whatever budget you have. For the night we chose to dine at “Joes kitchen”, which had the right starters for the trip. Full with lip smacking recipes we got back to our room and put all the power points to work to charge up our phones and cameras.

0800 in the morning, the sky was blue, painted with puffy rolls of clouds. There was a light breeze and temperature was 12ish. We were on the road by 0830 and route we had chosen was Trans Himalyan highway via Kalaktang. As we headed north first we crossed Saraighat bridge on the Grand Bramhaputra river. Historically it is the first rail cum road bridge constructed over Bramhputra in year 1962. The bridge got its name after The BATTLE OF SARAIGHAT fought in 1671 between Mughals and Ahoms. While the old bridge still holds good, a new bridge has been built parallel to it. The traffic is well managed and one won’t face any problem getting across the bridge. From there we headed to Sipajhar(58km) On NH 15. Continuing ahead we had a km of rough patch close to Balugaon and Rowta(114km). Till Rowta road makes its way through vast patches of paddy fields, spotted with small hills and garnished by banana and Areca nut (Supari) trees. The beautiful and varied fauna adds a unique elegance to this fertile land. From Rowta road turns North taking you up to Bairabkund(132km). At Bairabkund, as you cross over the beautiful bridge over Dhansiri river, you enter Arunanchal and terrain rises gradually and twists and turns become common. Although road from here on has rarely any traffic, but the age old tall trees, meandering roads and the overall scene will make one stop to have a look and gape in awe. The Buddhist peace flags fluttering in mountain winds and bird songs will keep the scene animated and waterfalls on road will give you enough opportunities to keep your car clean. Further on, first stop to refuel and refill would be only be Kalaktang (191 km). Wai Wai Noodles and veg momos will be fine take in case you stop by a road side stall (other food can be slightly risky). From here to Shergaon(230km) the road offers you some majestic photographic opportunities and most of them are single window, because diverse weather in this region makes every day a new day. Also long straight wide road segments are a reward for passionate riders. After Shergaon, one would observe less of vegetation and steep terrain both sides, until u reach the Rupa valley. Rupa and Tenga are the biggest settlement on trans Himalayan highway, thanks to Tenga valley, which is one of the widest valleys in this area. The meandering Tenga river’s clear waters roll over beautiful white rounded rocks as the river runs across the valley. Apart from nice hotels and homestay, the garrison holds a lot of valley. The unique combination of tribal culture and organised garrison makes the valley so picturesque, that we decided to celebrate the view from a vantage point with a bottle of beer. This night crawled up, the valley presented us with such a fascinating view that we decided to sit outside despite chilling winds. Crawled up inside the blanket we caught some time lapse of traffic moving on roads across the background of tiny specks of light scattered all over the valley. Worth mentioning here is that liquor is easily available and at 1632 m above sea level, you get high really faster. As we were appreciating all this, it rained and we had to take a recess to our rooms. In all the silence the valley was holding, we could hear the gushing winds and rain drops splashing all over roof. With all this mesmerising scene and some single malt we passed on to our dreams. LIGHTS OUT

The evening left us afraid that weather gods would not be smiling on us. But, next morning we felt rewarded for our passion and sun shun right across the valley. After having a customary Strong Tea, we turned the ignitions on and went off to the roads to Bomdilla. Initial 3 km is a steep climp and a road is a bit narrower. It takes about 45 mins to reach Bomdilla. And as you climb up the spur, you start getting a bird’s eye view of the valley. Bomdilla is a congested town and only attraction being Bomdilla monastery. But more than that if you are out on the road for chilly mornings, than this place has a lot of scenic and affordable homestays. Right after crossing Bomdilla, you cross a pass from where snow clad Himalayas donning hat of clouds can be seen. This point is another magnificent photo point worth your time. From here on the next stop is Dirang, which is 47 km further on the road at an altitude. Dirang enjoys 7-8 degrees higher than Bomdilla. Apart from Apple orchards and Kiwi Farms, Dirang has three major attractions: Beautiful Sangti Valley,The ultimate Photography Spot - Kalachakra Gompa and Historical architecture of 500 yr old Dirong Dzong village. If you do visit Hot Spring here based on reviews, you would be disappointed like us. While we didn’t have any plans further from Dirang, But having finished our touring by 1100, we felt that immediate quest for more. And without any discussion and delay, we were on road to Se-La pass. And within in few minutes as we started climbing up the road, we started feeling so wise of our decision. The Valleys were broad here and view was grand. On those lazy roads, there was much more off the roads than that can be on the Road. The route is from Nyukmadung- Senge-Baisakhi to Se-la. The road is generally good with patches under rapair due frequent land slide. It would be mindful to drive slow and be cautious of skidding. Although riding unites you with the place, but momentary bring you the overwhelming grandeur of the mountains. To appreciate that we took a stop short of Baisakhi, with sun behind us and a valley in front of us. With Snow clad mountains, surrounding the spot , I felt like being in a grand park and like I could really stay here forever. The bottom of the valley shared the pity of sun shadow area, as the eyes scaled above the thick dark green foliage grabbed the canvas, stocked from above by brown and green trees lighted up in detail by the sun light. A whizzing wind ushered our eyes to a pair of falcons catching the updrafts and effortlessly floating away. Here I arrested my floating thoughts and we were back again on road to Sela. From Baisakhi onwards, road was generally wet due to melting snow. As we gently climbed up towards Sela, we found the right spot and right lighting for putting those kilometres of mountain roads, beautifully stacked like a leaf spring, separated by snow glimmering in sunlight. As we closed in towards Sela, our Excitement rose along, and rare was the sight we saw at Sela. Sela pass, was stocked up with freshly fallen snow. The lake was frozen and the pathway and bridge beautifully added to the scene. Clouds drifted swiftly over Two Heights bounding the Sela Pass. Simply it was all blissful and with all that grandeur on display, mother nature was offering all its gifts at one place. It was an experience of lifetime and can’t be really bounded in words.

After Sela, we drove back to Tenga, where we rested for the night and next day drove to Guwahati.

1. Check weather of these places beforehand before departing.

2. Photo opportunities are always not the same for a particular place, so if you have to capture the moment do it rightaway.

3. Keep your belly and Petrol Tank filled, don’t push too much on reserves.

4. Keep some ready to eat food.

5. Drive slow, specially on needle bends. And its better to stop and check than taking the wrong road, you will save a lot of time.

6. Have a high ankle warm footwear.