Spain Travel GuideSpain TripsBarcelona: To Live Here, I Would Die

Barcelona: To live here, I would die 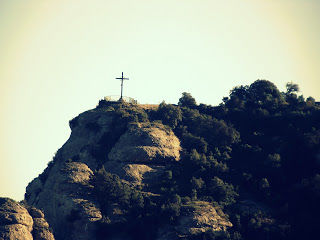 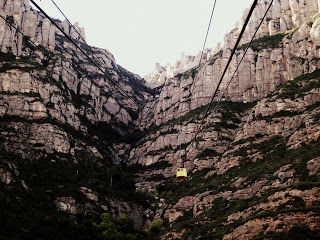 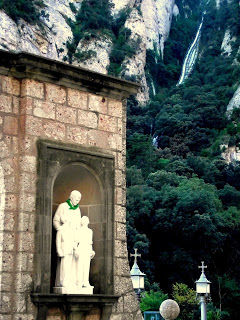 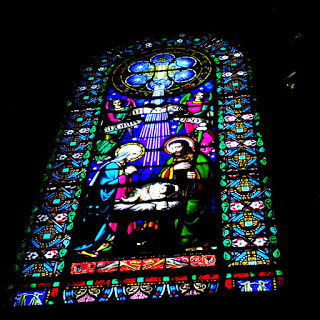 If today I was asked to choose one city I would love to live in, it would definitely be Barcelona (until of course, I fall in love with some other city). And, that's because that city offers all that a great metropolitan should. History, culture, architecture, great food, shopping, excellent infrastructure, the buzz and the relaxation. And, did I mention Flamenco, Sangria and Paella?

Last November, when the husband and I visited Barcelona, I was at my buzziest best, mainly because I had just completed an 'alone' holiday in Valencia and was full of self-pride and confidence. Usually the one to follow the husband around when it comes to figuring out local transport and routes, I was actually leading him this time, to take the MTR, the bus and the tram. Not only was he surprised at how independent that one trip had made me, but I think he was also relieved that he could now kick back and not worry about logistics. Seeing his laid-back mood, I made a quick move to push through the 'agenda' I had created for our 4 day trip (a detailed, day by day program on a word doc, that was also emailed a week in advance, which he promptly ignored), only to be given that 'ok, now that's where I stop following' look. I mean I did allocate one 'agenda less' day, to relax completely and go for a drive in the country side.....

So, as usual, we ended up doing a bit of 'on the agenda' and a bit of 'off the/and no agenda' stuff.

For someone visiting Barcelona for the first time, there is a bushel of things to see, an abundance of pretty cafes to lounge in and enormous assortment of food and wine to taste. While we did a bit of all of these, the three things that have stayed with us the most are 1. Visit to the Royal Basilica of Montserrat, 2. A Flamenco performance we attended on the Ramblas and 3. The quaint little DIY store we chanced upon in one of the lanes of the Barri Gotic.

The Royal Basilica of Montserrat is a breathtakingly beautiful monastery, carved onto the mountain side, of an elevation of over 4000 feet. The history of this religious and cultural center dates back to 880, when the statue of the Black Virgin Madonna was found. Apart from very interesting things to see including the monastery, the museum and the cave, this place offers magnificent views of

Catalonia and some hiking trials too.

A day trip from Barcelona, Montserrat and can be reached via the MTR. It took us an hour from the Placa d'Espanya station, the area where we were staying. From where the train stops, you can either take the cable car or the rack/cog railway. We took the cable car on the way up, which presented us spectacular views of the jagged, muscular looking mountains. If you are scared of heights, expect to get a bit squeamish. It is totally worth it, though. Once you get to the plaza at the Montserrat, you can either take a funicular up to Sant Joan, the mountains above the monastery or the one down to Sant Cova, the cave where the statue of the Black Virgin was originally found. You can of course do both, one after the other. Be warned, the funicular ride is one of the most thrilling we have taken. It is so steep that your heat is in your mouth till you reach your destination.

The intricate and colourful work and construction here can keep you mesmerized for hours! Another must see here is the celebrated boy choir, which sings here almost every day at 1pm and 7pm. It is one of the oldest known choirs of Eurpoe and meant to be a treat to the ears and eyes. We unfortunately missed it.

We spent about ½ a day here, since we go there only late afternoon. But what we saw there and the two little things we brought back - one bottle of heavenly salsa sauce, inhaled with great speed and the jar upcycled; and a magnet with some Spanish writing picked up by the husband, which co-incidentally read 'if you want to make your wife happy, bring her to Montserrat' still remind us of the awesome trip. The later also earned the husband a lot of brownie points!

The Flamenco performance we watched at the Teatre Poliorama on the Ramblas was magical and powerful. The singing and dancing were so riveting that the two hours spent there were one of my best. No photos or videos were allowed during the performance, which is great, because the concentration was on the act and nothing else. Inspired by the performance, I bought myself those clappers the dancers use and tried a few steps, once I was back in the room, only to see the husband quickly excusing himself on the pretext of using the washroom. That evening has added one more thing to my ever-growing bucket list. Someday, I want to go back to Spain to do a short course in Flamenco, professionally.

Wandering down the streets of Barri Gotic and getting lost with great resolve, we came across this charming crafts store. I was so awe-struck by it right from the time I saw the window display that I forgot to notice the name! Having taken to crafts and DIY just a while before I visited Barcelona and lusting for all those supplies I would see on Pinterest and not knowing where to find them, this was a dream come true. It took all my weak will and the husband's strong to stop me from maxing out my card here. Such pretty things are still to be seen! I ended up buying a few items though and have been using them since. They have definitely made the home prettier. I still don't recall the name, nor do the price labels on the stuff I bought carry it. But, I am sure that if one gets lost in the Gotic area intentionally or otherwise, you will perhaps chance upon it. There is a cycle rental shop opposite the store, if that helps.

Now, go find your top 3 callings in Barcelona or feel free to follow mine.

HotelsMap
SPONSORED
Want to book a similar trip?
I accept the Terms of Use and Privacy Policy of Tripoto.
SPONSORED
Related to this article
Things to Do in Spain,Places to Stay in Spain,Places to Visit in Spain,Spain Travel Guide,
Tagged:
#Spain#luxury#Festivals & Events#backpacking#shopping#city travels#culture & arts