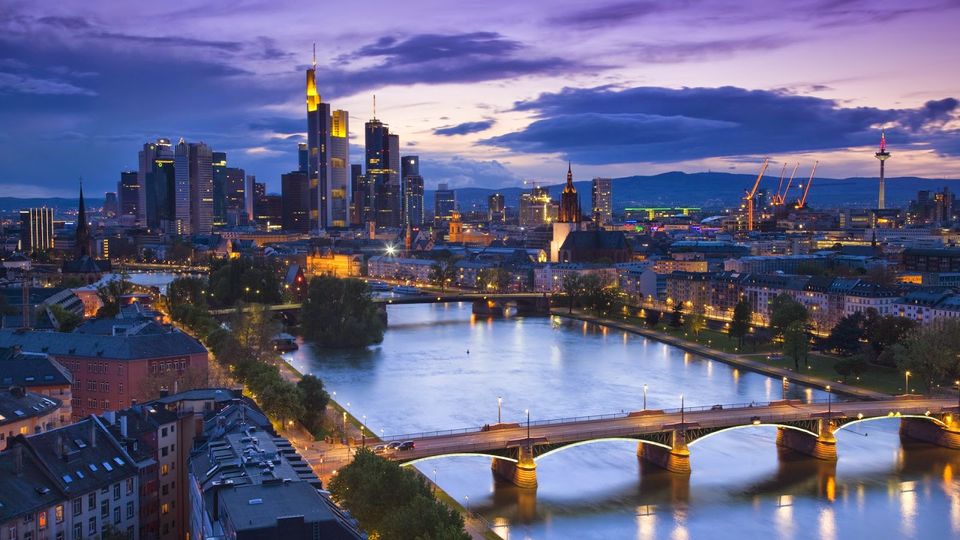 In the morning, the weather was much cooler than the day before and much more cloudy. Even so, we do not stop taking an alternative route to reach our next destination. Freiburg is the capital of the Black Forest. The previous day they had recommended to us in the town that, instead of taking the main route, we take an alternative that consists of going up and down Feldberg (1,493 m), the highest peak of the Black Forest.

We did it and despite the fog, the landscape captivated us. It is a winding little road between trees and waterfalls. It is a trip between pure nature! We continue to Schlossberg one of the most important convents in Germany. It is an authentic walled city. We do not entertain ourselves too much. We see the Romanesque basilica and we return to the lower city.

We look for a place to eat and find an Italian restaurant. With a view of the beautiful square, we see the movement of people while we wait for the pizzas to be served. Around afternoon we arrived in Freiburg, in the heart of the Black Forest. We found accommodation in a gastehaus on the outskirts of Schwarzwald Straube. We were treated by a lady who did not even speak a word of English. We stayed with the idea of visiting the university city without hurry.

We spent the whole day walking through the charming city. Its Romanesque cathedral made of pink stone is the oldest in Christendom. It is worth the visit, walking among its lonely walls. The medieval stained glass windows donated by the guilds back in the 13th century, project on the floor the colors and shapes of their rose windows.

The square of the cathedral is also the center of the city, surrounded by ancient and emblematic buildings, such as the Archbishop's Palace. Here the statue of Emperor Maximilian and his son Philip stand out, recalling the glorious times of the Empire when Spain and Germany were related by means of matrimonial and political alliances. In the Munsterplatz, in addition, the central market is there. It is a pleasure to walk through it, among flower stalls, crafts and the delicious smell of the sausages sold in the stalls.

In the Jewish quarter, we see plaques with the names of the people who were deported from there to the extermination camps. We see the towers that were built to cross its entrance, the old and new town hall, and the St. Martin's church. For dinner, we have a delicious bratwurst. We buy a beer from a little street stand, taking advantage of the good weather!

In the morning we dive again into the sea of trees on our route crossing the Black Forest from south to north, to reach one of the wildest areas. Triberg is the small towns famous for handmade cuckoo clocks, which have been manufactured since the eighteenth century. Our first stop is Schonach, a small town. Here we admire the one recorded on the Guinness Book of Records as the world's largest cuckoo clock. Although they later built another little bigger in the neighboring Triberg.

Just a few kilometers down is Triberg, a village next to which is located a leafy natural park with the highest waterfall in Germany. After having lunch and looking for accommodation, in a brand new wooden gastehaus by the river, we enjoyed a lovely walk in the park, surrounded by the greenery of the trees, the moss and the refreshing sound of the waterfall.

At the entrance, we bought a bag of peanuts to feed the squirrels. They were jumping and playful. It was impossible to get them to remain still to immortalize them in a snapshot. In the afternoon the town was totally dark and dead! There was not a single bar to have a beer. With this lively panorama, we bought food in a supermarket that was on the outskirts and we had dinner in the room.

A foggy morning awakes us without taking away the desire to continue north, to the spa town of Bad Wildbad. In Gutach we made a long stop to visit the Black Forest Open Air Museum. It is a set of traditional farms from several centuries ago. Here they recreate what life was like in this corner of the map before TV and other modernities connected us to the outside world. It was very interesting and illustrative!

At noon we arrived at Bad Wildbad. We only found a small restaurant for lunch that was expensive. At the top of the Sommerberg mountain, among the forest, is a pretty guest house, with flowered balconies and beautiful views. We enjoyed a pleasant stay. The owner told us about his picturesque life in this isolated village of the Black Forest, where in winter his children go to school on skis.

In the afternoon we go to Baden-Baden, the famous spa town. Although pretty, I found it somewhat expensive and artificial. Actually, I had heard wonders and was a little disappointed. During the night, we are back to Bad Wildbad. We tried to find a bar open between the lonely streets and to our surprise we found it. Filled with locals, they were very surprised by our arrival. It is not there in the tourist guides. The hospitable owner ended up talking with us and inviting us to shots of homemade cherry liqueur!

We left the Black Forest and took the highway back to Frankfurt. A whole morning of travel awaits us, although on a good road. The urban legend is true. On German highways, there is no speed limit! We quickly get to Hemsbach, near Heidelberg. Frankfurt does not have the charisma of other German cities such as Munich, Cologne or Berlin but it does have a wide variety of museums that entertain us.

The main attraction is the Dom, or the main Cathedral dating from the fourteenth century. This was where the emperors, of what is now known as Germany, were crowned. In addition to the Cathedral, we visit its famous cider houses that are located in the Sachsenhausen district. After Frankfurt, our stop is Cologne, the fourth largest city in Germany, preceded by Berlin, Hamburg, and Munich. It was a city that I was looking forward to.

I had been told very well about it and it did not disappoint me. The first thing we see is its Cathedral, which is one of the most recognized in Europe for its architectural style. Walking through the old town we see that it includes more than two thousand years of history, from the arrival of the Romans to the reconstruction of the city after the World War II.

In this pleasant walk we find places of historical interest, but when we reach the Cologne Cathedral, we had to stop and see its majesty. Its official name is Hohe Domkirche St. Peter und Maria and is the most famous cathedral in Germany. It is one of the largest churches in the world, being the largest Gothic church in northern Europe.

Finally, we try the Kolsch, the beer that has been produced in Cologne for more than 700 years. It is a clear, light beer with a high fermentation. All the surroundings are what is known as the old part (Altstadt). We see several old buildings. We visit a brewery and order a Kolsch. We sleep well as our flight is next afternoon.

After traveling more than 5,000 km we have returned enchanted. The Germany that we knew, many years ago, has nothing to do with the Germany that we have met. The people, in general, are friendly and sociable, very different from the trip we did years ago. We have seen charming villages, little touristic places of great beauty and monumental cities.

It was a deliberate choice on our part to leave at this time of the year to alternate visits but miss the atmosphere of the Christmas markets. We did not regret this choice. The reputation of the German Christmas markets was up, making a lighter atmosphere on another trip after our cultural or historical visits.