Bhutan Travel GuideBhutan TripsTribute To Man’S Enterprise: 10 Wonders We Made That Still Stand

Tribute to Man’s Enterprise: 10 Wonders We Made That Still Stand 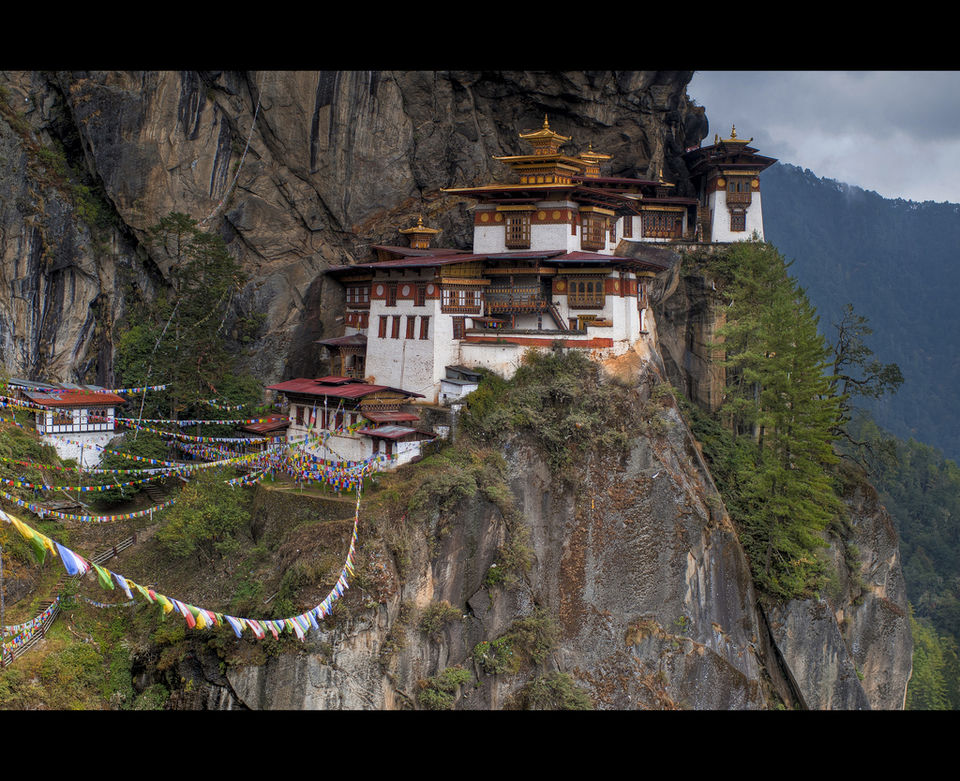 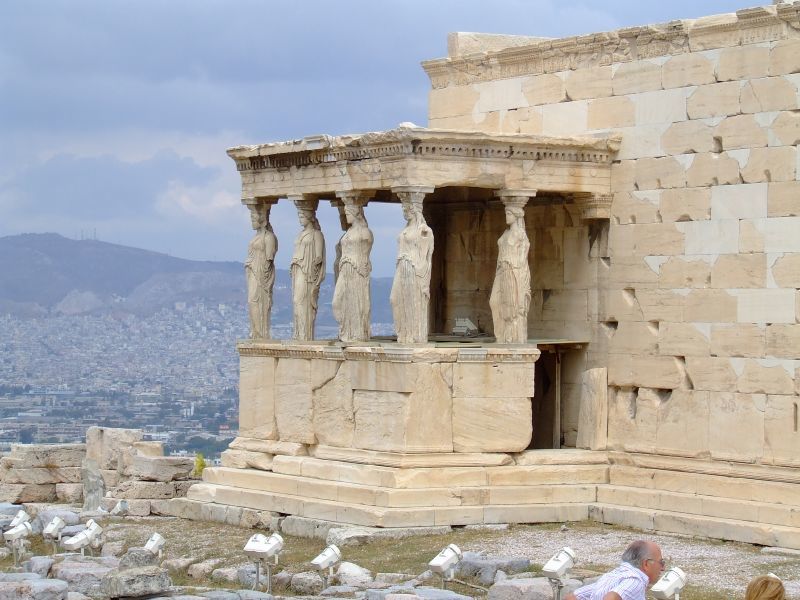 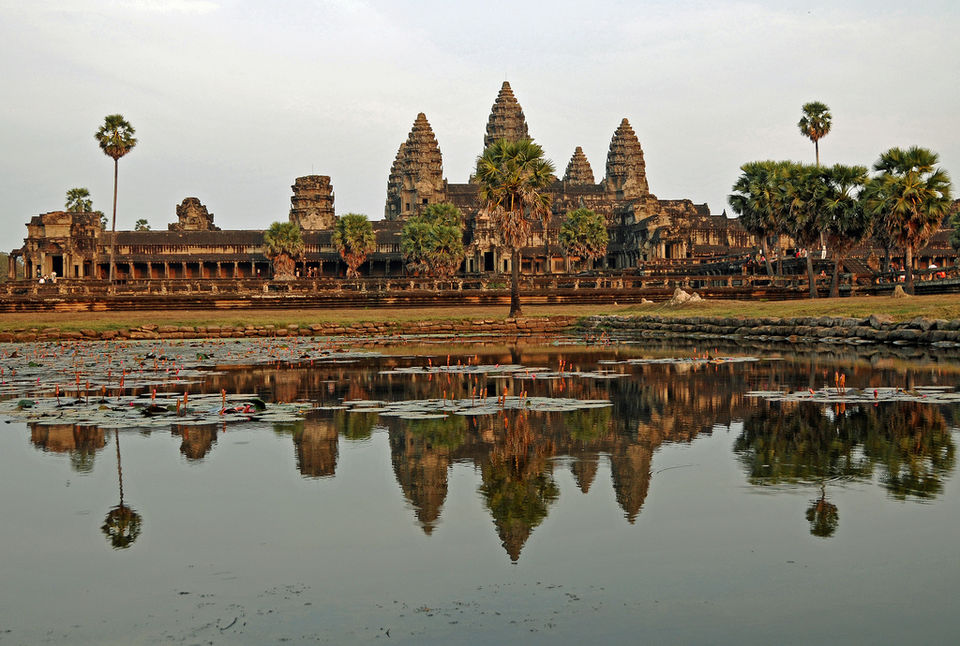 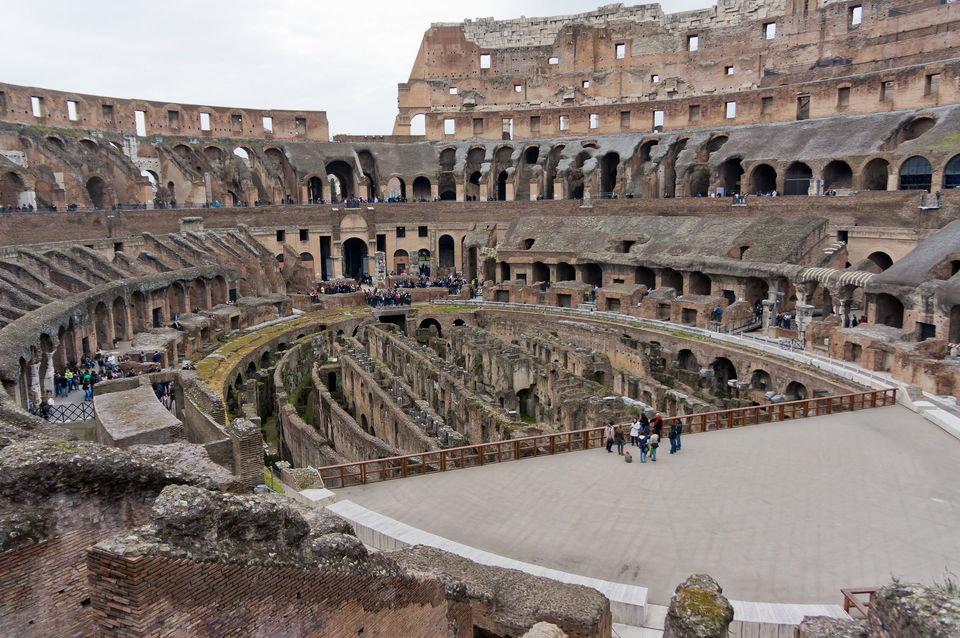 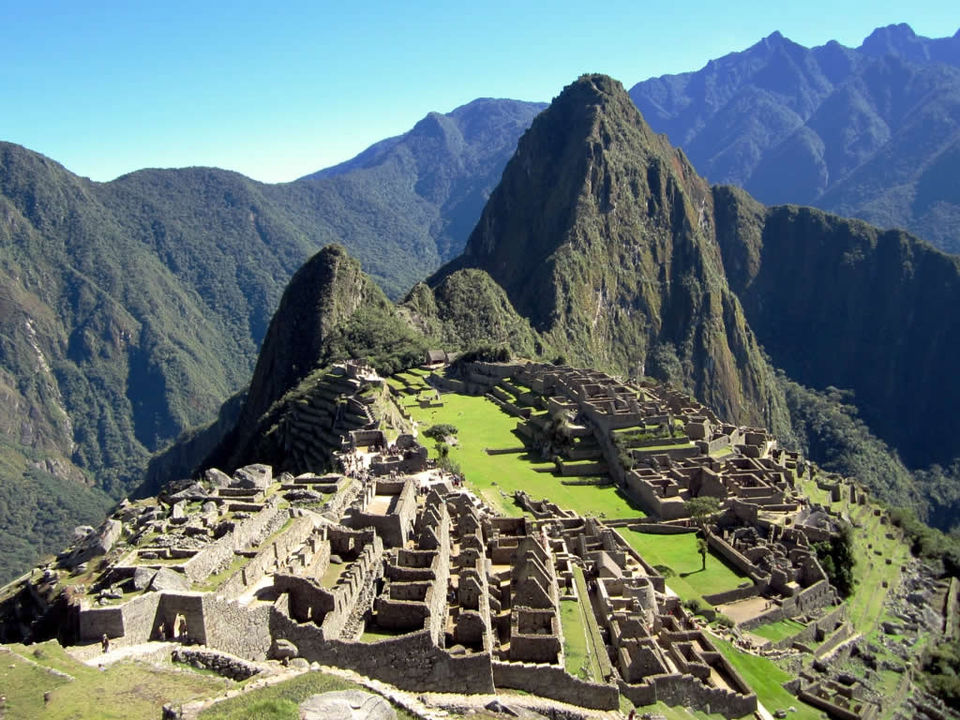 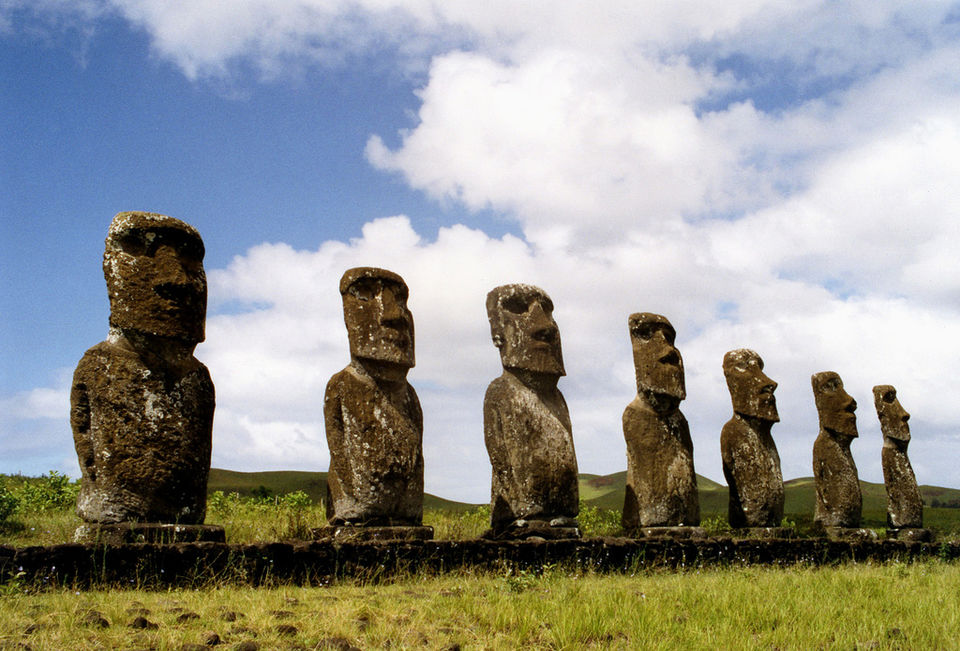 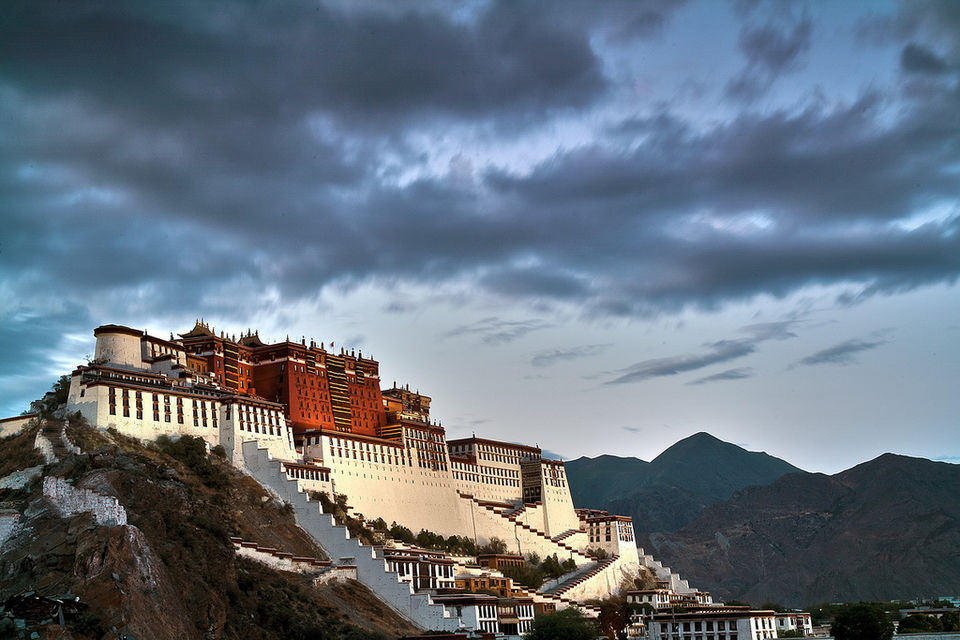 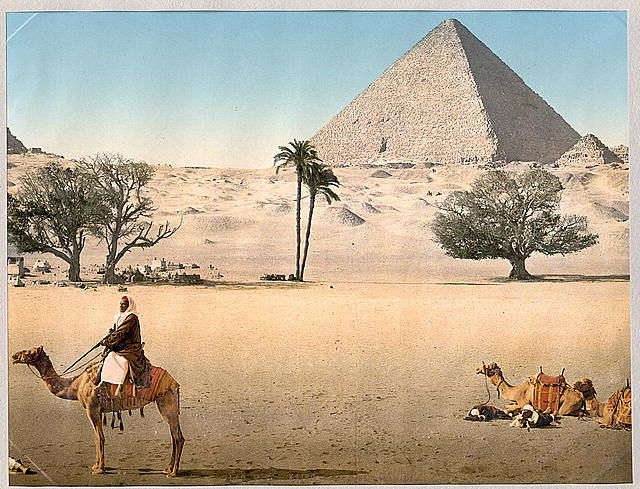 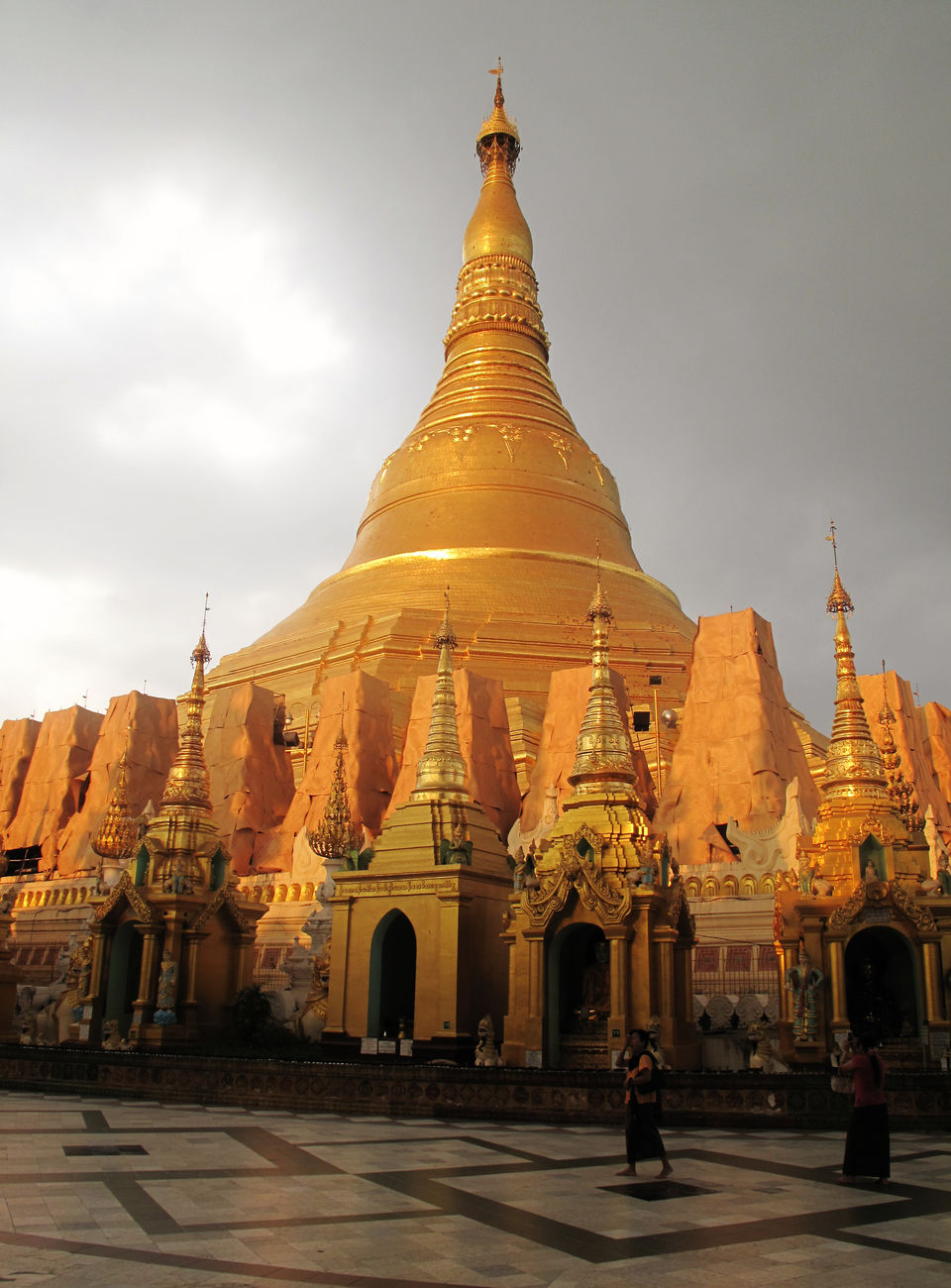 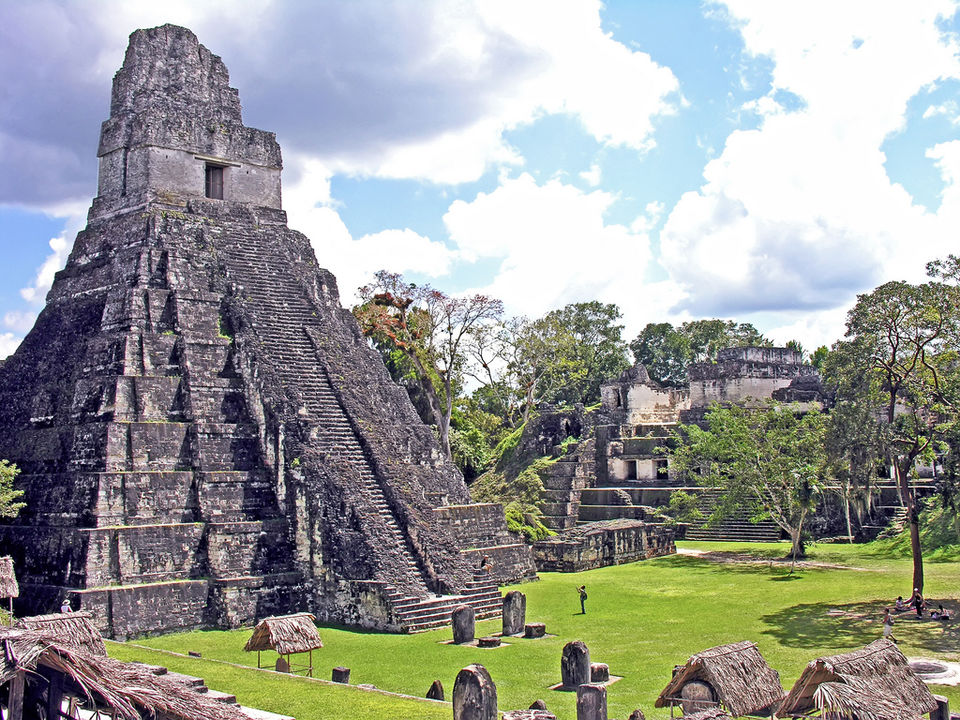 I am not a very big fan of man putting his stamp on nature and the world even if I happily enjoy the results of all that. When I think of my dream nest – the place where I want to be, for the biggest part of my life – I think of a small cottage somewhere on the slope of a mountain, with a spring and stream close by, a forest at my back door. But I add, of course there must be high speed Internet and a TV on which I can watch my games, and uninterrupted electricity. It’d be nice if Amazon delivered there, too. What kind of a hypocrite am I then?

So I got to thinking about all the most impressive destinations in the world that are proof of man’s incredible ingenuity and determination to build, through the ages. So here’s my list of manmade wonders you’ve got to acknowledge and appreciate, even if all things natural call to your soul. Some of these are obvious, some are not. I haven’t included India’s great wonders, and we do have a few. But you should know of them already. I also haven’t included some of the most famous ones – Statue of Liberty, the New York skyline, the Great Wall of China or the Eiffel Tower – but can you pick any to be bumped from the list to make room for those? I couldn’t! We know that Africa is the cradle of civilisation. There are far too many people now who pretend that’s not true, but we have proof of it in many forms. The most impressive form of proof is the pyramids. There are multiple civilisations with pyramids, but Egypt, especially Giza, is the capstone of it all. We still haven’t the slightest idea how they managed to build those massive structures with such intricate detail – you don’t have so many theories if anybody knew the real details. There’s still a part of us that believes in the curses involved, too. Perhaps ‘curse’ is just a different word for early biological or chemical weapon. After all, isn’t technology just another word for magic? If the gods we read about – the Greek ones, of course, most fantasies seem to be weaved around them – had a home on earth, it would have to be the Acropolis in Athens. It’s old enough to belong to a time when gods might have walked the earth: as far as the fourth millennium BC, though the most recognisable parts of it, like the Parthenon, are believed to have been designed by Pericles in the fifth century BC. It stood for a very long time before it was damaged in 1687 in a siege. But somehow, the damage only makes it even more impressive – even a giant explosion caused by a cannonball crashing into a huge place where gunpowder was stored could not destroy it. It still stands. A fortress at the top of a mountain, built where a great palace used to stand; but unlike most fortresses, military offence or defence is not the overriding purpose of it. Enlightenment is its defining feature. The architecture alone makes it remarkable – it’s built on Marpo Ri in Lhasa Valley, a vast palace that seems to be part of the mountain itself with its gentle slope, both whimsical and exhausting with its deceptively delicate-looking stairs. It’s supposed to be the home of the Dalai Lama, and it was until the uprising of 1959. It’s remarkable in both its beauty and the hope of which it’s symbolic. But be warned that visitors are regulated – only 2300 are allowed in a day except at certain times, and that quota fills remarkably quickly. There are legends associated with this incredible monastery that you have to go to experience. But I can give you facts. This monastery is built on the side of a cliff in Paro Valley, Bhutan. The beginning of this structure was in 1692, and it’s centre is the cave (Taktsang Senge Samdup) where Guru Padmasambhava, who brought Buddhism to Bhutan, meditated. There’s no guarantee that getting there will be easy. There are multiple approaches, and treks that range from moderately difficult to extremely difficult. But at the end of the road, you will find serenity, beauty and peace. That’s what it has in common with many of nature’s wonders, and perhaps that’s because it fits so perfectly into nature. The Colosseum, the construction of it lasted from 72 to 80 AD, is an architectural and engineering marvel even for these times. But despite all that grandeur, what truly makes it remarkable is the history of it. The idea of gladiators, who had no say in their lives or destiny, fighting each other to death while audiences caught up in bloodlust cheered them on – it’s a gruesome image, but one that still appeals to the darkest part of our souls that we don’t often acknowledge. Stand here and discover how you feel about it. This 15th century Incan site is an unforgettable experience. It has undergone a lot of careful restoration over the last century, when it became a popular tourist destination, but no amount of commercialised attention could take away the impact of this site. You can trek up to it, reaching an altitude of almost 8000 feet. This is not the Lost City of the Incans, though it was protected in some form – how else could it have been hidden from the outside world until the 20th century? But this is one spot where you might as well keep your camera packed. No matter how glorious the photos are, it’s not a patch on the real deal. To be fair, I think we do have plenty of temple complexes that are almost as impressive here in India. But since this is the largest in the world, if you enjoyed Mahabalipuram, for instance, you will love Angkor Wat. Built in the 12th century, this complex with moat, wall and the towers is architecturally significant. While its size is impressive, it’s the attention to intricate detail with its carvings and bas-reliefs that makes this temple complex so visually compelling. But the most remarkable part of this is how it has sustained a sense of purity and worshipful respect that permeates the consciousness of even of staunch atheists. After all, legends and faith are what make structures more than just brick and stone, and those important ingredients are manmade, too. Not many of us know enough about this incredible discovery in the rainforests of Guatemala. Even when we reduced the great Mayan civilisation and its writings to memes and Internet hoaxes, how many of us really took the time to understand where the Mayans flourished? Visiting Tikal would be a great step in that direction. The Great Plaza, the pyramids, the Mundo Perdido, the Plaza of the Seven Temples – it’s astonishing to consider how incredibly advanced architecture was and city planning was even in the first century AD. It makes our modern, sprawling cities seem very rudimentary and soulless in comparison. But the rainforest has claimed much of it, which should be a lesson to us. Man should never be arrogant enough to attempt to conquer nature, because nature will outlive man, always. If you travel to Myanmar, it would be a grave mistake to leave without visiting this awe-inspiring pagoda. While historians say differently, I choose to believe the legend, that it was built at least 2600 years ago by brothers who met Gautama Buddha and received eight of his hairs. The stupa was much humbler back then, but it was rebuilt multiple times, to become a bit grander every time. In the 14th century, it was rebuilt to a height of 18 metres. In another century, it was raised again, to 40 metres. After an earthquake in 1768, it was rebuilt to its current height, 99 metres. It’s precious not just for its stories, but also quite literally – a lot of it is gold-plated, its crown has a whopping 2317 rubies and 5448 diamonds, and at its very tip is a 76 carat diamond. This pagoda is also a place of great symbolic importance as it was the site of many political moments of extreme import. We’ve all heard of Stonehenge, as well as the multiple crackpot theories around it. To be fair, I can’t think of any theories that wouldn’t sound completely crackpot. But to me, these statues are far more impressive and intriguing. They’re giant statues with huge heads, considered to be ancestors looking over their land. Many of them have been transported, too many were destroyed when they were colonised. Many were toppled by the people they were built by, in clan wars and sometimes as a reaction to unfair misfortunes. There were once 887 of these monolithic statues, and their construction and transportation were remarkable feats that we still don’t completely understand.  But thanks to restoration efforts, many of them now stand upright, so you can see them as they were meant to be seen. Or perhaps they’ll be looking at you and taking stock. Think you’ll measure up?