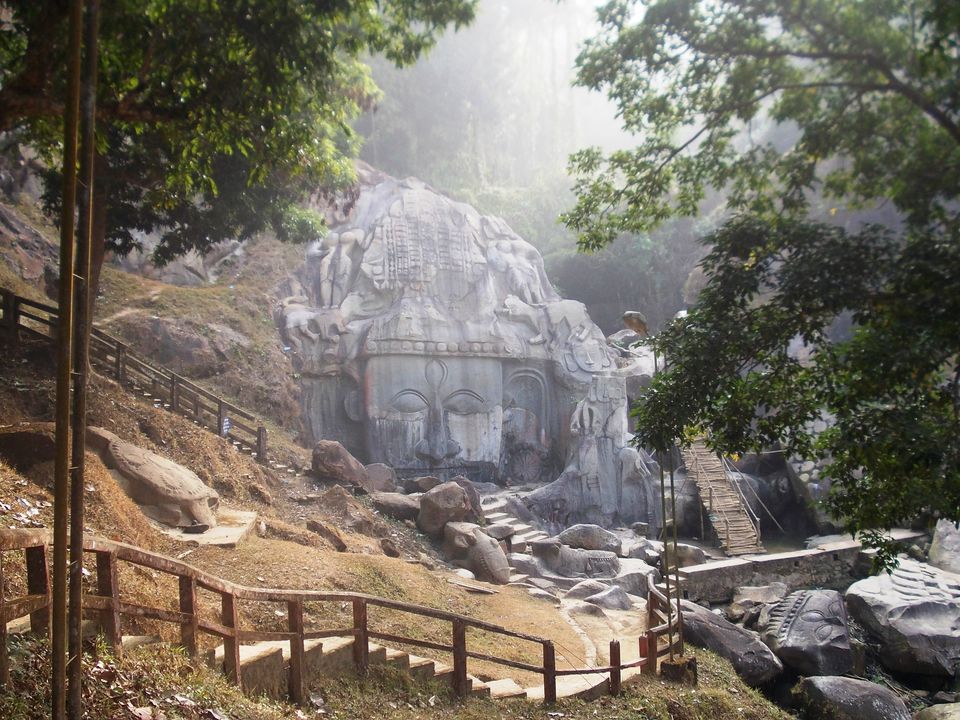 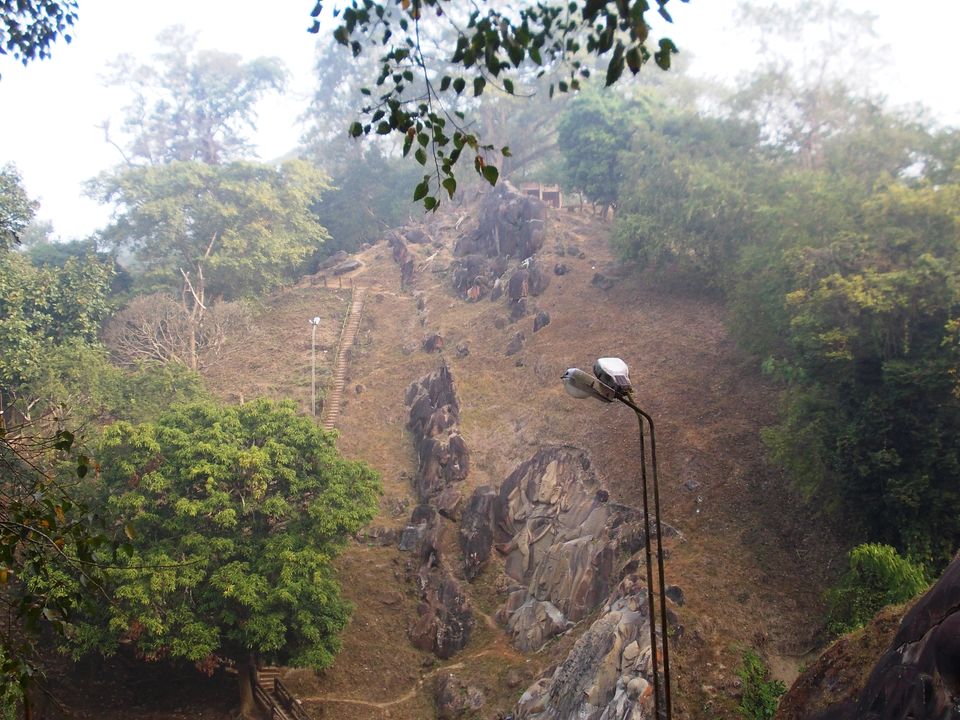 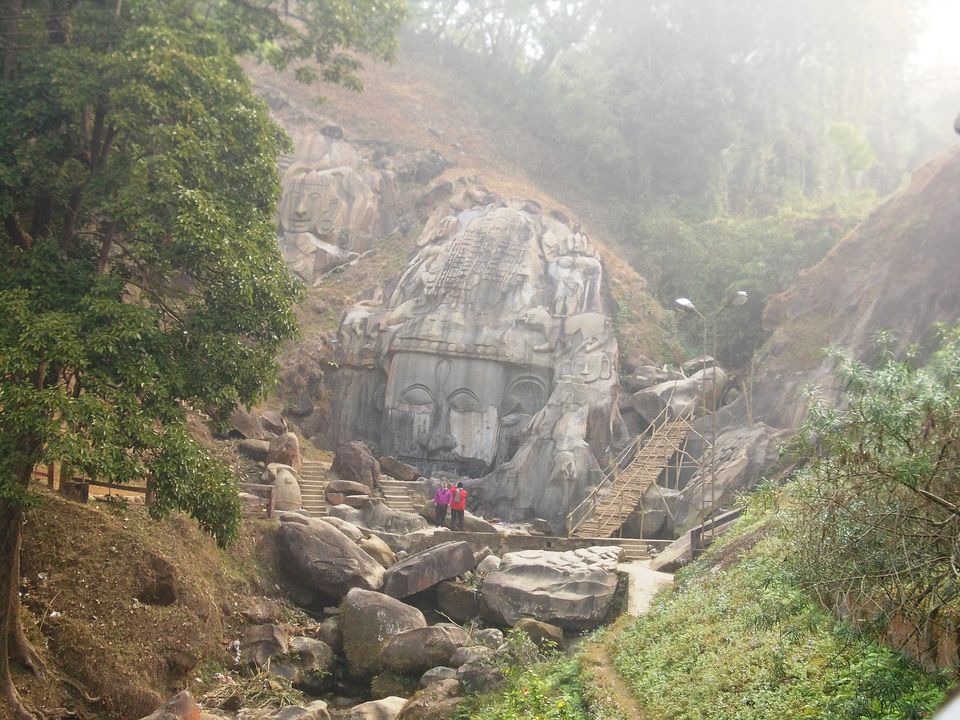 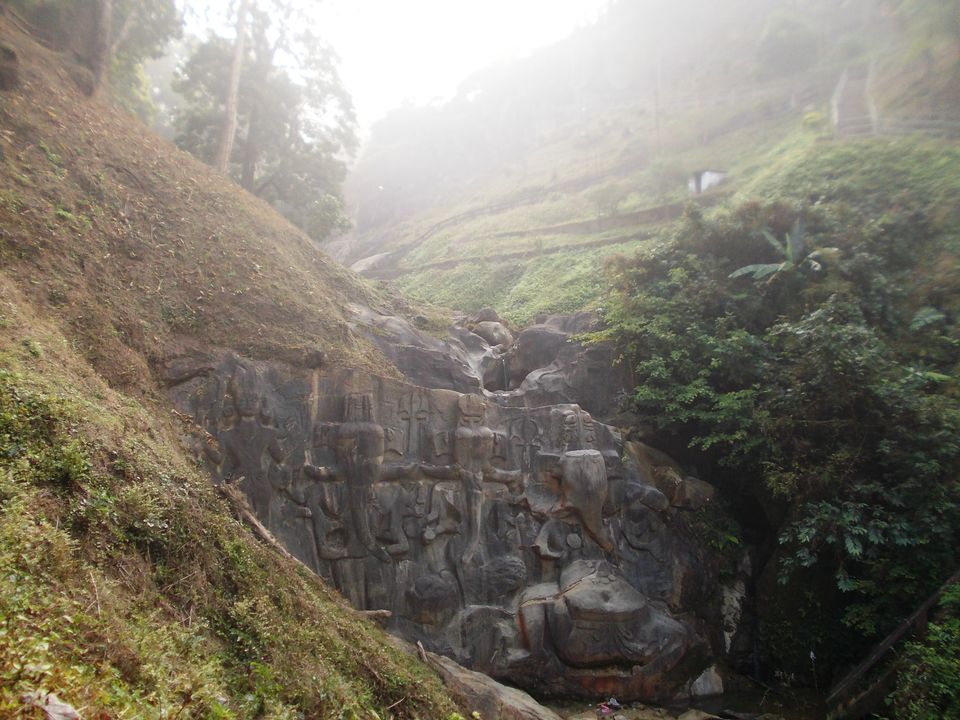 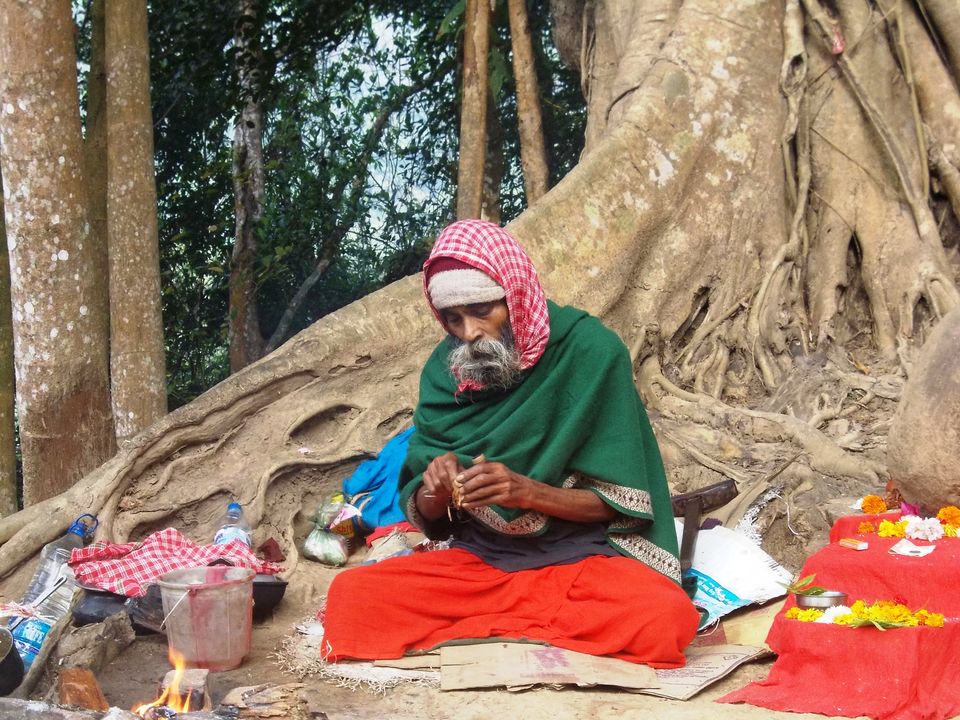 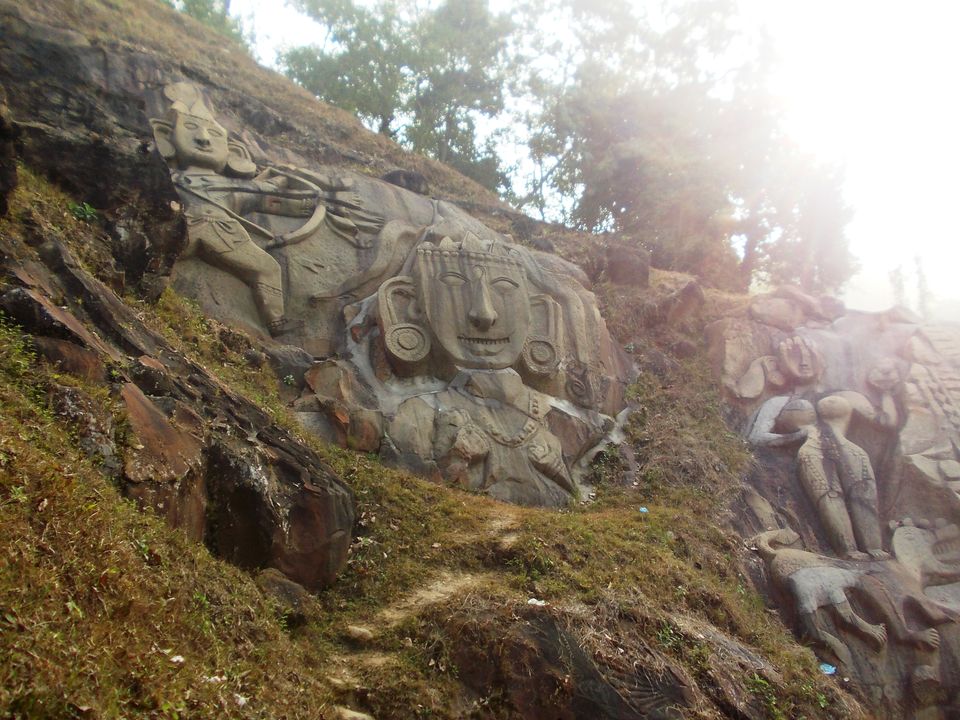 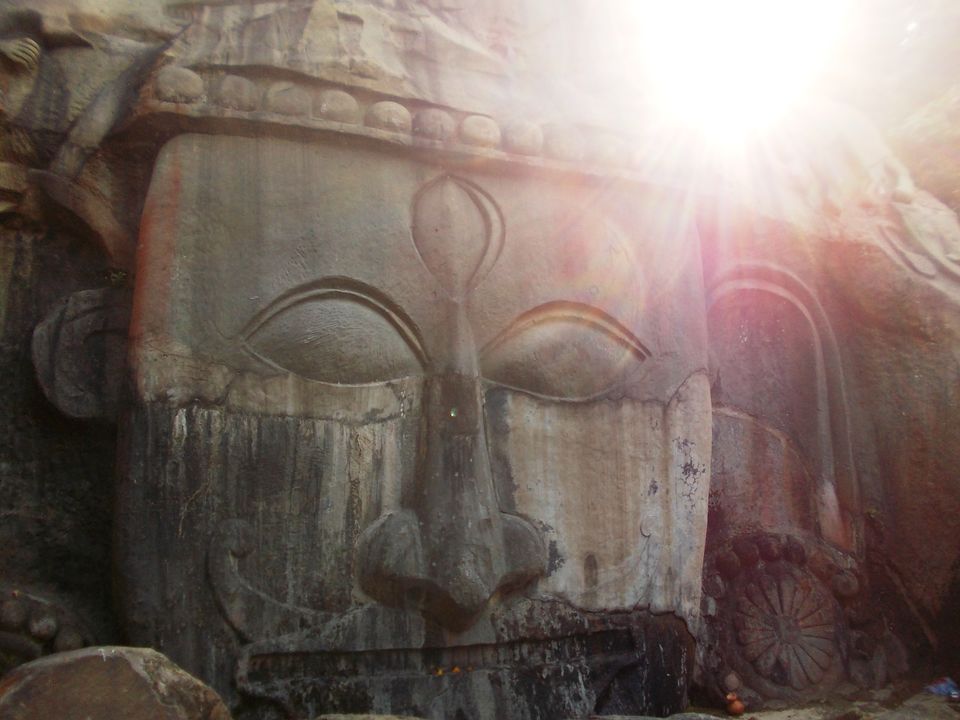 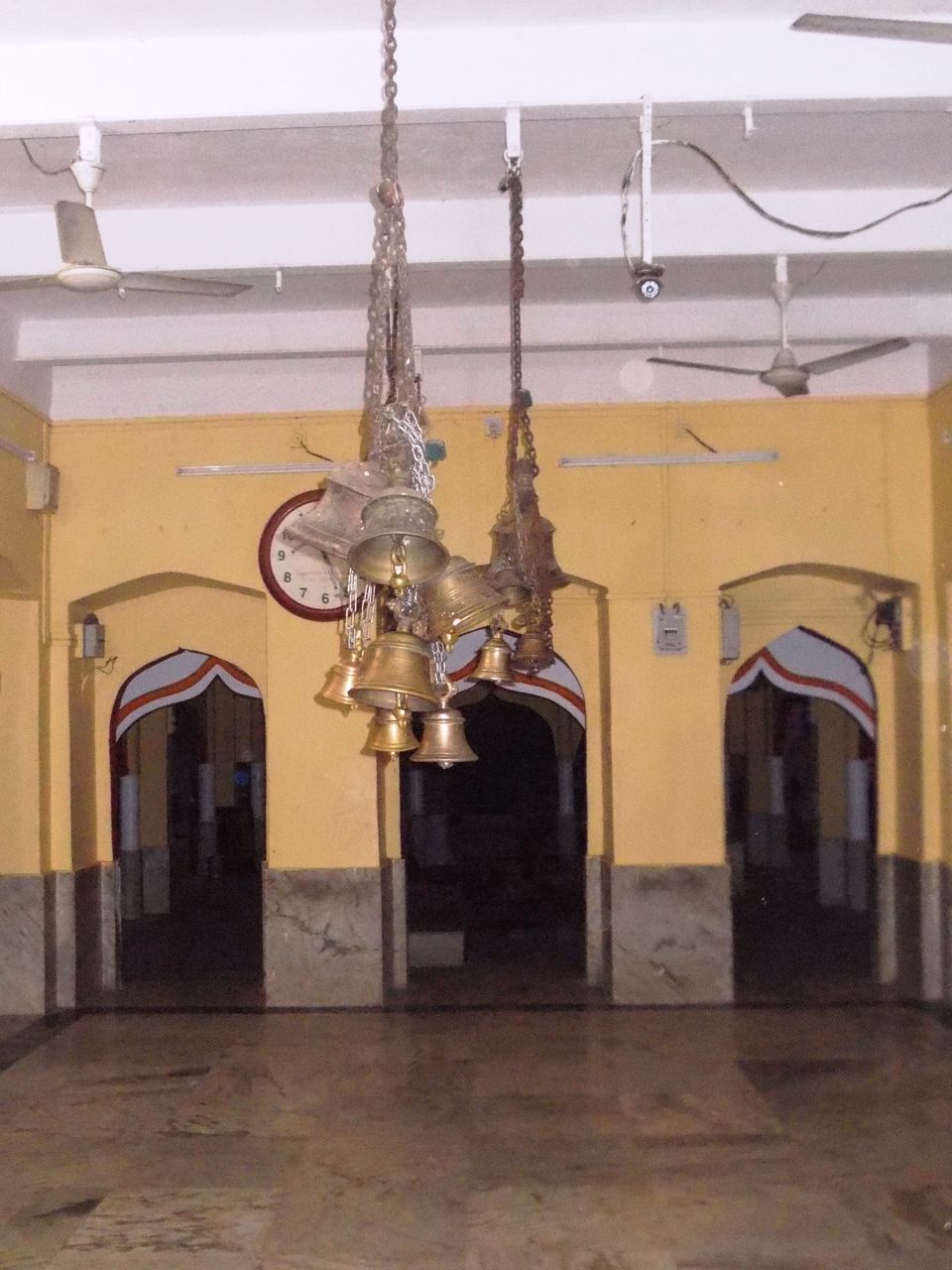 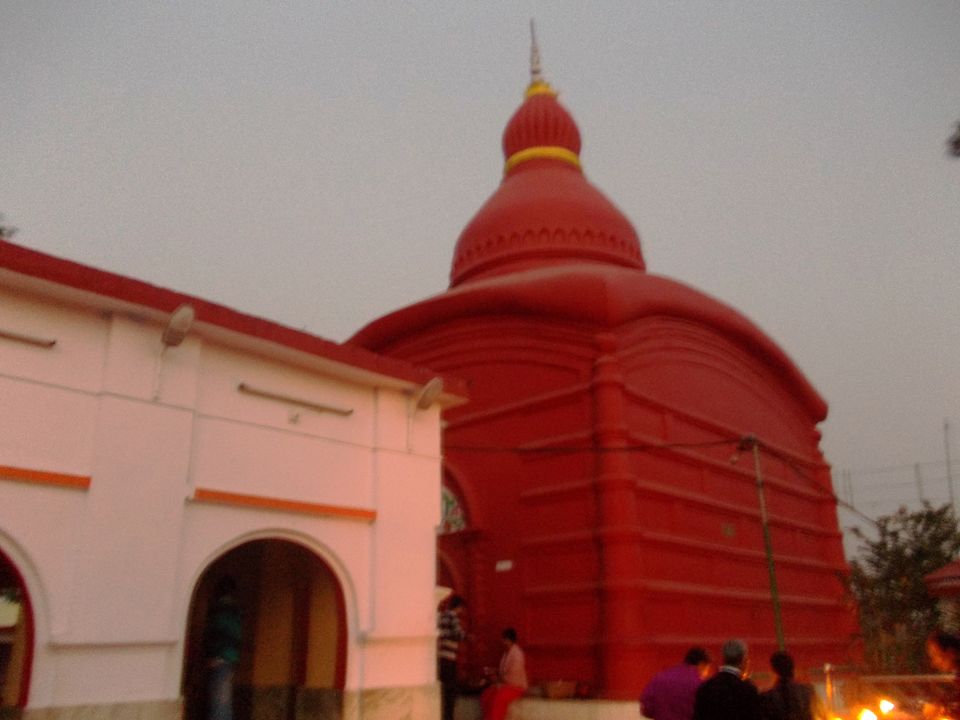 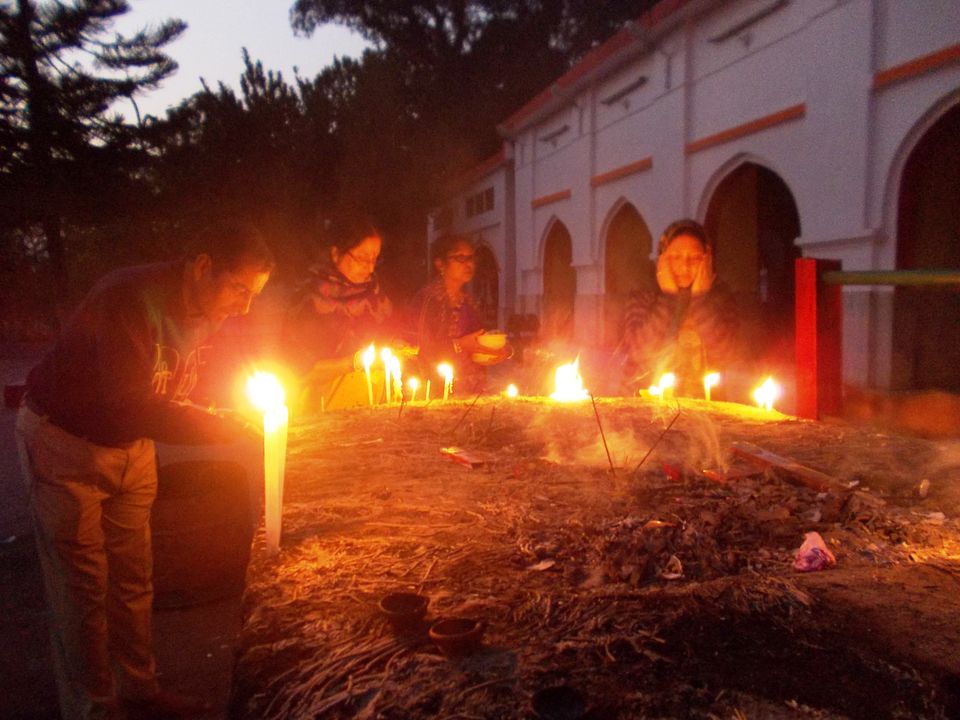 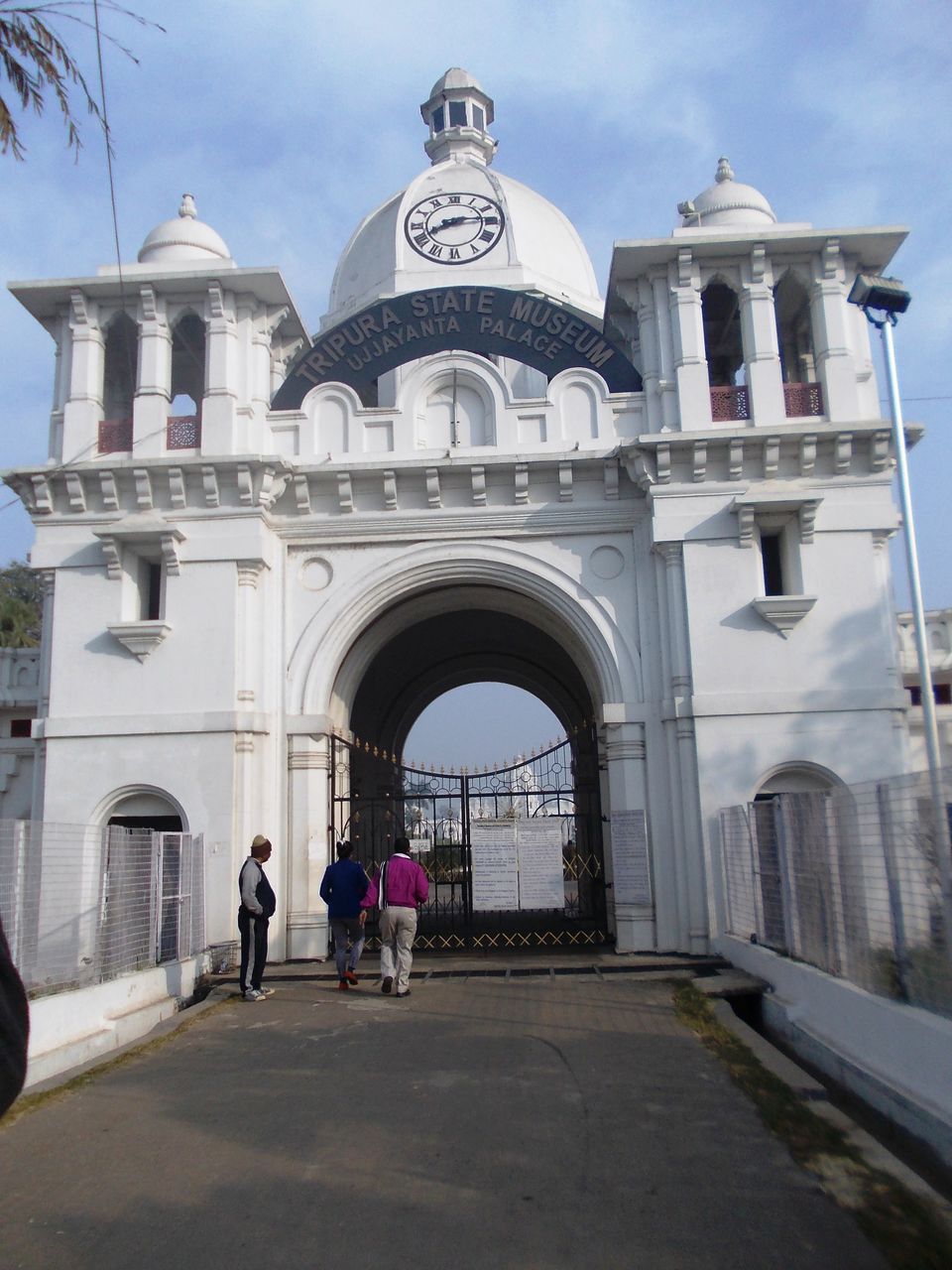 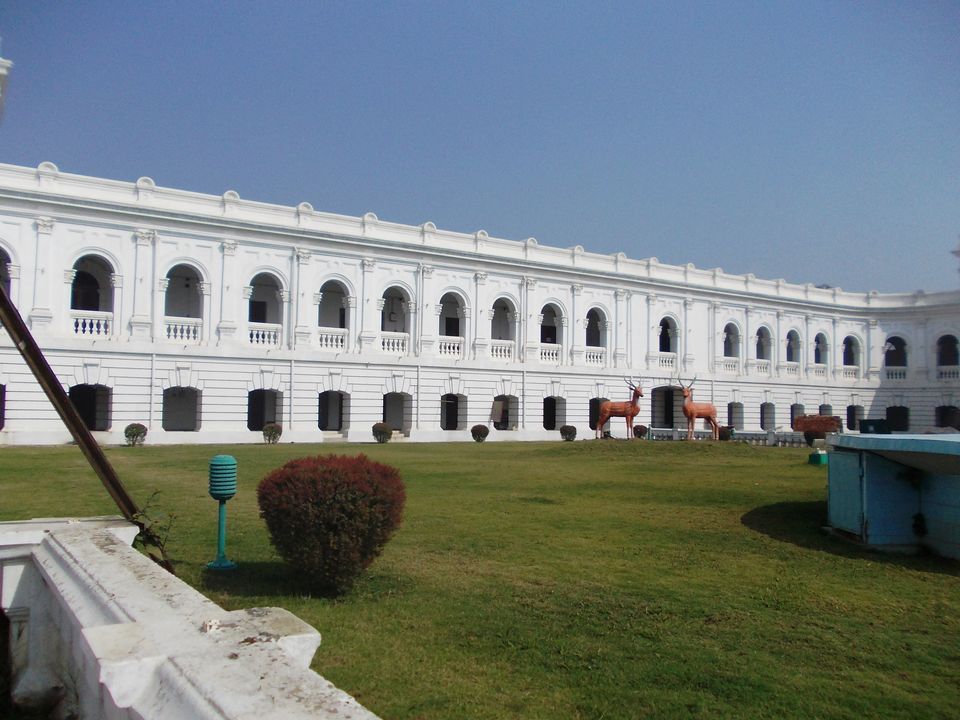 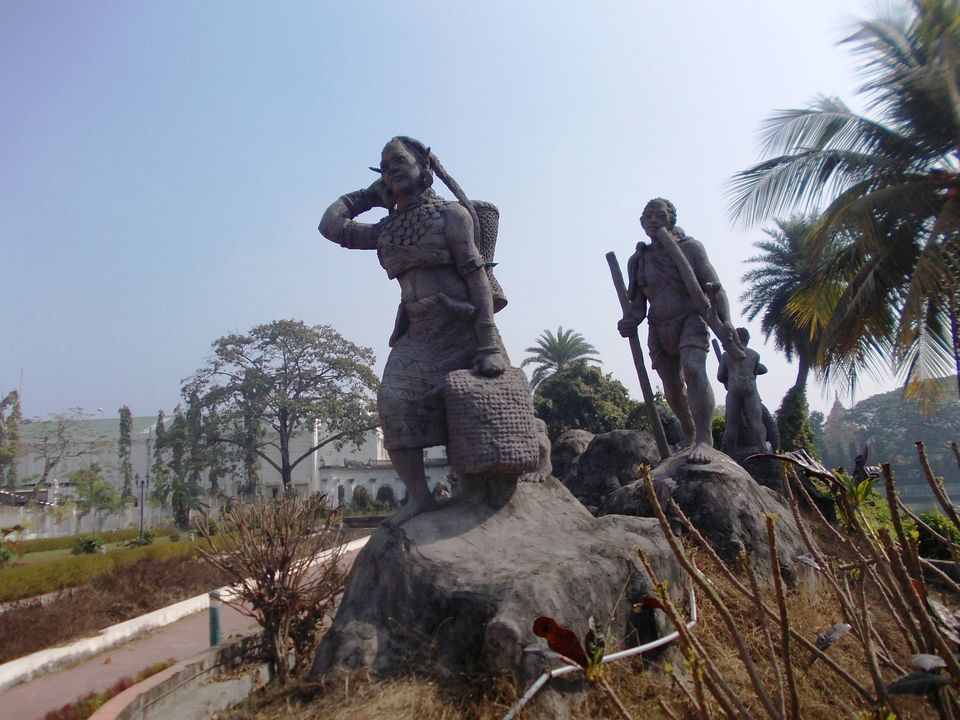 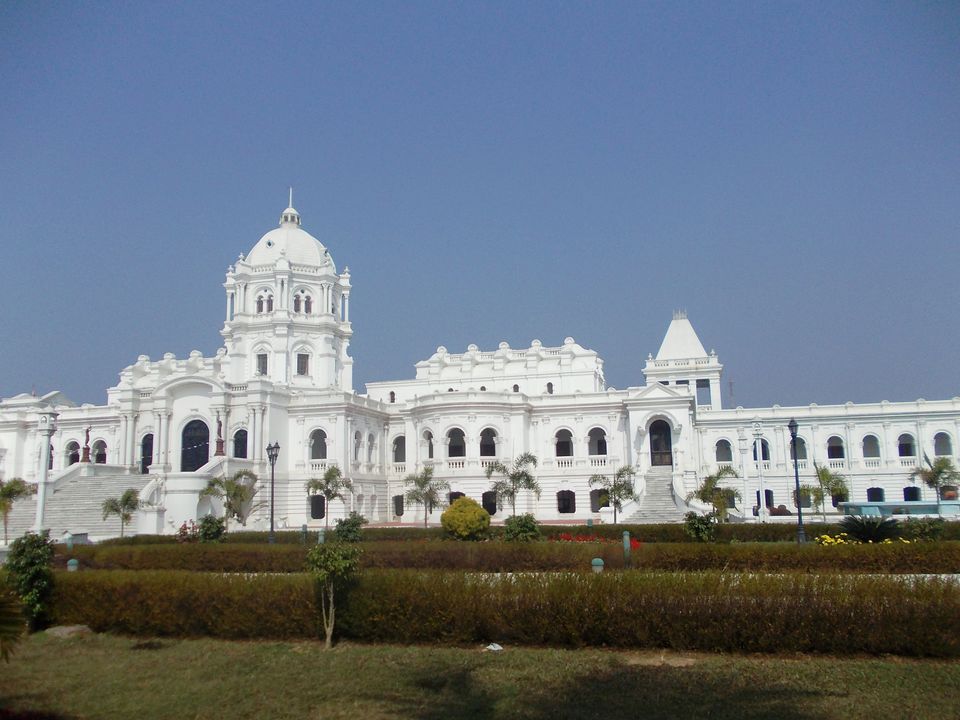 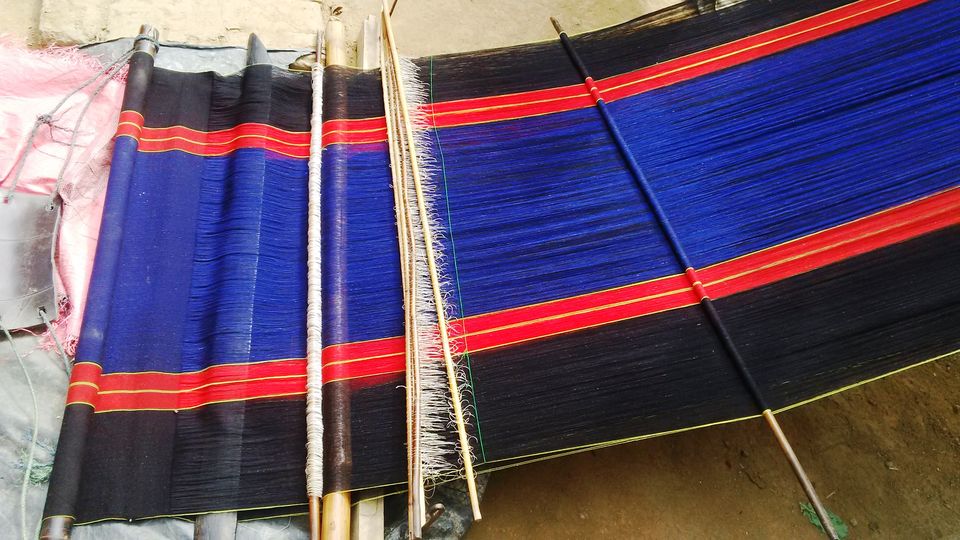 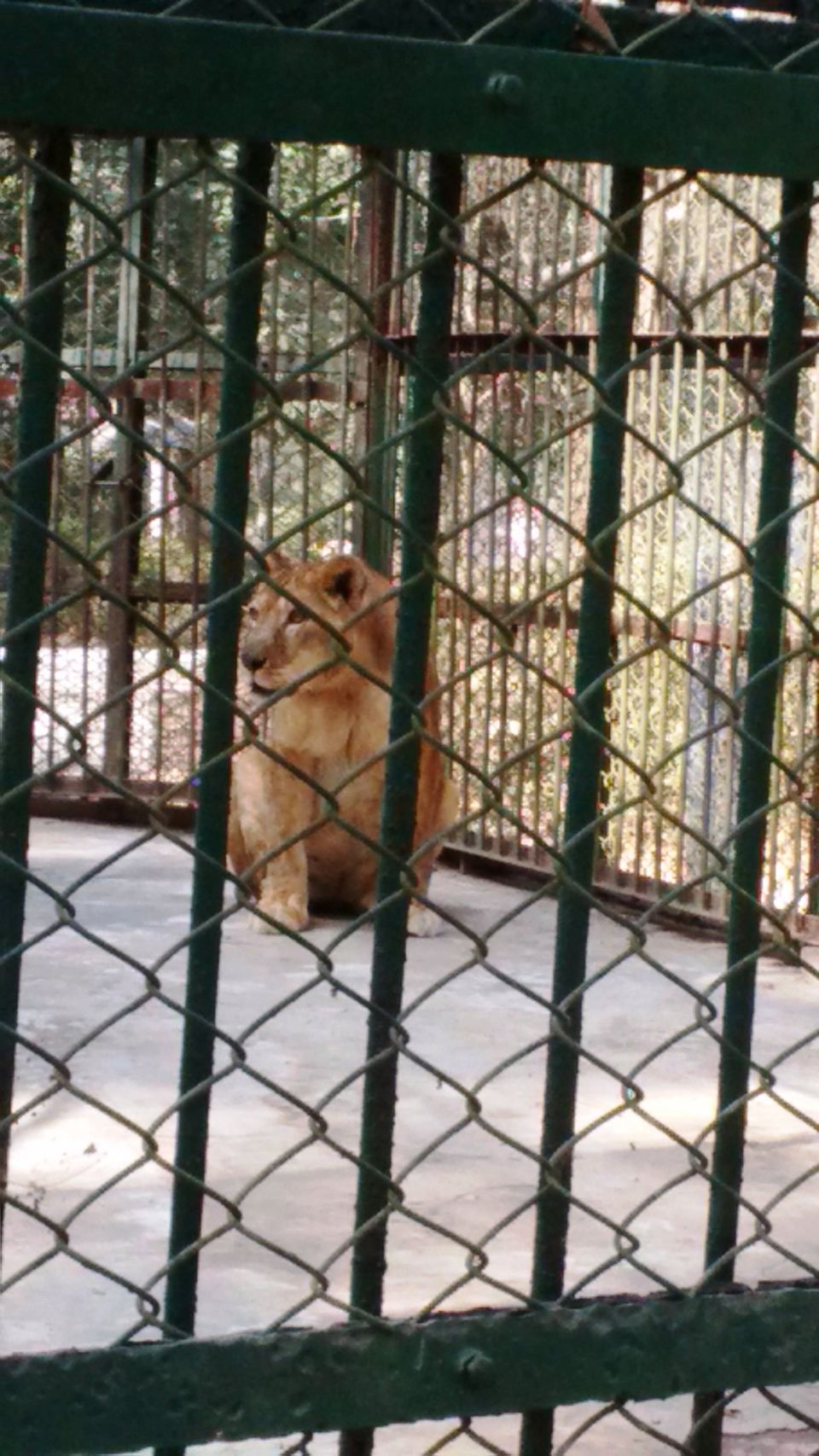 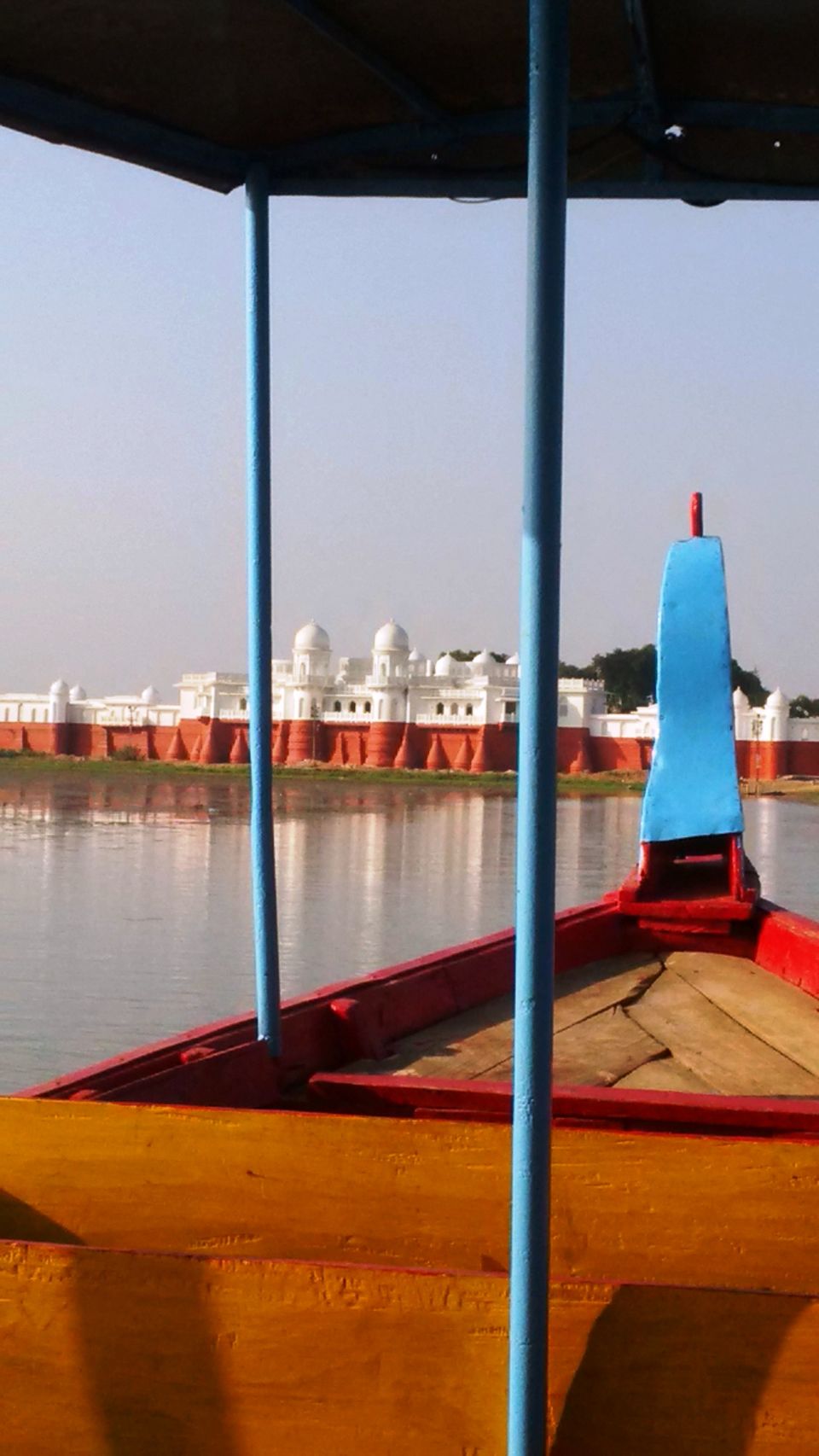 Here I was, walking out through the arrival terminal in a clement weather at Agartala airport, the second busiest airport in the entire North-East India. I was on a four day short trip to Tripura, one of the ‘Seven Sisters Of The East’.

I had my bookings already done at Shaheed Bhagat Singh Youth Hostel, a mere seven kilometres away from Agartala airport, just opposite to Ginger Hotel from the Ginger group of hotels. After freshening up, I was already on my way towards Kailashahar, around 180 kilometres from the city of Agartala. It was a good 5 hours drive, so on the way, I had my typical Bengali lunch of rice and fish curry, at one of the roadside eateries. After reaching Kailashahar at around 6 pm, I checked into Unakoti Tourist Lodge and quickly dumped my luggage and went on to check a flower show nearby, which I spotted on my way towards the lodge. The traveller in me always remains restless when I travel. A stone’s throw away from the lodge, I witnessed the Indo-Bangladesh border, guarded by high voltage barbed wire all through, before calling it a day.

The next day, I started for Unakoti, which is around 15 kilometres away from Kailashahar. Unakoti dates back to 7th to 9th centuries back and story-tellers say that while God Shiva was on his way to Varanasi along with one crore other gods and goddesses, he halted there for the night but advised others to start the next day before the first rays of the sun. The rest of the gods and goddesses were unable to wake up in time and hence Shiva cursed them and made them stone structures and he started for Varanasi all by himself. Thus the name, Unakoti - one less than a crore. It was an amazing view to see the rock structures carved out on the mountains all around, which is also a Heritage Site, being maintained by the Archaeological Survey of India.

I was headed back towards Agartala, another 200 kilometres drive back from Unakoti. No doubt, the drive tends to be exhausting through those serpentine roads running in the mountains. In the evening, when I have had reached Agartala, I went on for shopping of tea and the famed pineapple jellies of Tripura. One can find Pachhra, the traditional dress of Tripuri women. The readymade ones can be bought for around Rupees 600 for a two-piece Pachhra, while the hand embroidered ones will set one back by Rupees 3000 a piece.

The third day of my trip was reserved for visiting the Sepahijola Zoological Park, where one can catch a glimpse of the native Chasma Bandaar (Spectacled Monkey) and Clouded Leopard among others. From Sepahijola, I headed towards Tripureswari Mandir, while stopping to see the Neer Mahal, on the way. Neer Mahal was once the house of the then reigning king of Tripura, situated in the midst of a lake. One has to take a boat-ride through the heart of the lake to reach Neer Mahal.

The Tripureswari Temple is regarded as a holy place by the people of Tripura, where goddess Kali is worshipped.

Four days passed by quickly and I was headed back towards mundane with my lungs full of fresh air of Tripura, which has recently been given a status of clean city and whole of lot of courteous memories with one of the ‘Seven Sisters Of The East’.