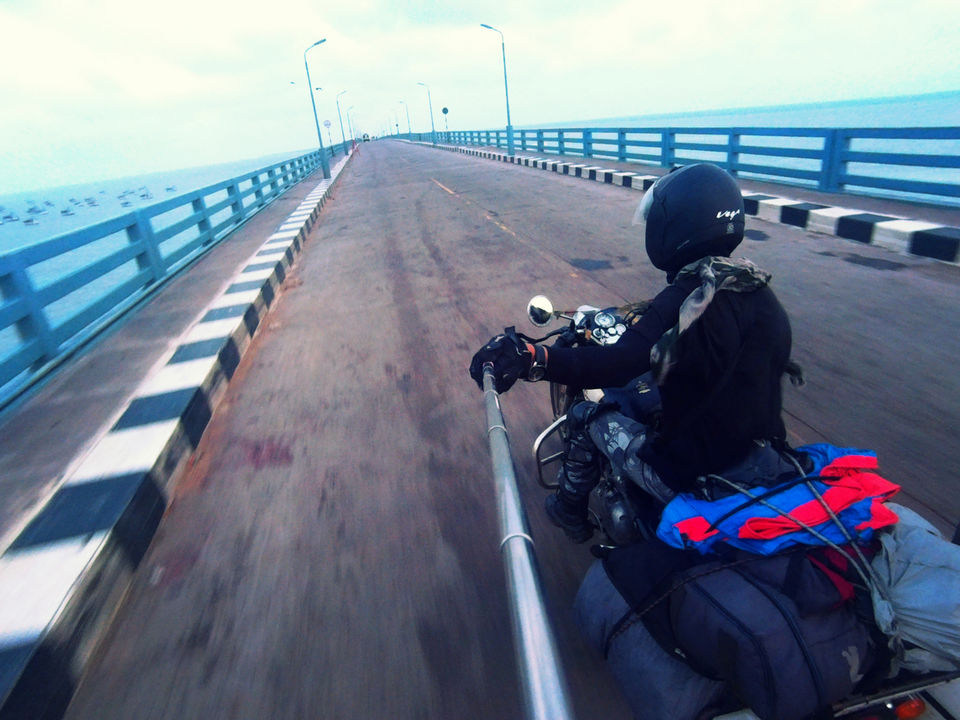 One fine day riding back to Bangalore from Chennai, I had one of the most heart touching experiences during my journey. A guy was following me for some time, smiled waved and then overtook and sped past me. I had been on Indian roads for quite a long time and this was an everyday affair for me. After riding for few more kilometers I saw the same guy stopping by at a small shop, I crossed him thinking about the route forward and how much more distance is left to be covered.

After covering a small distance, suddenly the same man drives parallel to me and asks me to pull over, seeing his antics and smile I stopped. Out of the blue this man offers me a bottle of Pepsi gesturing that I should drink it as I might be feeling thirsty on this pretty hot day. We had language barrier as this guy did not understand English or Hindi and I had no clue about Tamil. I refused the cold drink signalling that I am fine and am not feeling thirsty, but this guy was adamant so to just to make him happy I took a sip out of the bottle. In a bid to return his favor I offered him a chocolate, he took the chocolate and both of us started eating without exchange of words. While eating I realised his eyes were glued to the flag I had attached to my bullet. I could see spark, a light, a sense of extreme happiness in his eyes; I kept looking at him in order to understand what he wanted to convey but couldn't understand much. Just before departing to our own destinations he mumbled FOUR words to me which are still etched in my memory 'BYE, GOOD, FLAG, INDIA'. 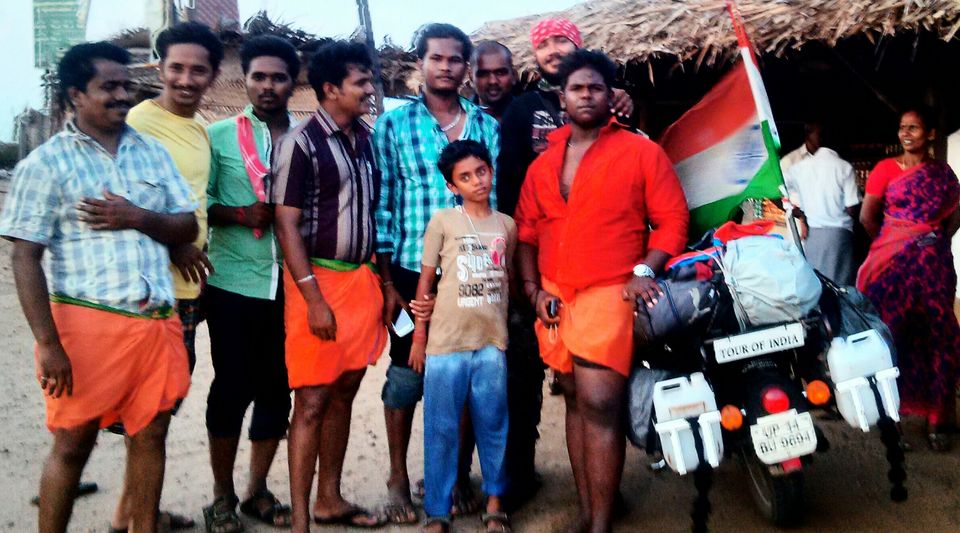 Before I began my journey a lot of people told me not so pleasant interaction with people from Southern India. They mentioned that people down South discriminate with North Indians; they don't like to interact much with people from North etc. But overall experience and this incident in particular changed my outlook towards people of Southern region.

I felt my friends from South to be as generous, helpful and amazing people as u will meet in any other part of this country. It is an individual and not a community that is partial or discriminates. So don't be judgmental or have pre-conceived notions about a person or a community experience it first and then make your opinion.

P.S: India is a not a country it's a huge bouquet consisting of smaller countries within. The Indian Flag that flutters on my bullet unites these small countries together.

If you liked my story..SHARE IT not for me but for our amazing country... INDIA...