Travelling to me is a mini gateaway from daily life hustle and to discover places and people I have never been/met before. It gives me a peace of mind. As they say enjoy the journey rather than destination. And this trip was rather more memorable as it was totally an UNPLANNED trip. One friend of mine just randomly called me and said let's go to SIKKIM and I was like are you even serious. He said yes and then we made our other friends to join us and here I am sharing my journey to SIKKIM-TOTALLY UNPLANNED.

**(We booked our flight tickets one day before the date of travel)** Here we go.

Sikkim is precisely divided into north, east, west and south Sikkim, Gangtok being the capital and largest town of Sikkim which provides permits and transportation to other parts. It is the centre of tourism. We covered Northern and Eastern part of Sikkim.

We started from Mumbai, took off an early flight from Mumbai to Bagdogra which is the nearest airport from Gangtok. From airport we took prepaid taxi to Siliguri which is around 10kms from airport. From Siliguri we took shared SUMO to Gangtok which is around 120 kms paying 250 each. The roads were both bumpy and normal but our driver managed to pull it off by playing some beautiful songs and narrating stories on the way. I was enjoying the view outside with my pretty window seat following the Teesta river. It took us around 4 - 5 hours to reach to Gangtok.

We had booked a pretty descent hotel (on the way itself) on M.G Road and I would advise to stay somewhere near M.G Road as all the travel agencies are nearby and you can explore the city very well from here. It is kinda centre of the city.

After keeping our lazy selves aside we were strolling on the streets of Gangtok, M.G Road and Lal Bazaar. These places are good for shopping and hanging out. Literally felt like I am not in India. The air is so fresh and non-polluted. The city is very clean and the people here are so generous and helpful. No vehicle is allowed on both the streets and one can see cute babies and family roaming around giving all delightful vibes. You will find a vegetable market too if you roam around. The localites here consume only organic food.

Shops and restuarants closes early around 9 - 9:30 pm in the city, only some places in M.G Road serves after 10 pm. Some of the places where we had our food in Gangtok are Sher-e-Punjab(Northern food), Nimtho(Local cuisine), Roll house(Momos and rolls), Amba Regency(Rooftop).

We submitted our copy of IDs and passport photos and booked our 2D/1N stay to Lachung from a travel agency (they guided us perfectly) nearby M.G Road.

Lachung is a small village in North Sikkim, 100 kms from Gangtok having population of around 1500. The rides to Lachung from the city will give you chills in between as the roads are dangerous and bumpy and land slides happen after heavy rainfall but the ride is adventourous too since the drivers here are well trained to drive in hilly areas.

Though we didn't experience snow but the weather was much pleasant and happy to ask for.

We witnessed various waterfall on the way 7 sisters waterfall was the first one, Naga waterfall, Amitabh Bacchhan waterfall(name coz of a movie shot here) etc followed.

We came across small township of Mangan and Chungthang where we stopped and viewed two rivers joining the Teesta river and the landscape was splendid.

After 5-6 hours we reached the place where our stay was arranged along with the food. We had spent amazing night there chatting with some local people and sharing stories in campfire. Such a delight it was.

Waking up at 5 am and witnessing the surrounding was a bliss. We were covered with fog everywhere and literally we were on cloud9 in this beautiful village.

We reached Yumthang, at an altitude of 12000ft after crossing rough roads and heavy water on the roads and were startled by the journey. Our driver managed really well to make the drive less scary.

Yumthang valley is a paradise and people travel so much just to please their eyes and make heart full. It is indeed a wonderland. Although it started raining as soon as we reached there and were not prepared for it. But the over entusiasts in my group got drenched and went in the valley. By observing their sheer enthusiasm I also joined them and witnessed the moment for which we were traveling for so long. And words cannot describe how awesome I felt there, little flowers, gushing water, high mountains were straight out of a potrait and a dreamland. We spent almost an hour in the valley.

Zero point was another 20kms away from Yumthang valley with an altitude of 15000ft above. The terrain was not uniform but the destination was captivating. We were truly blessed to be there. Explored this place for half an hour or so as it was colder there.

Returned to Lachung for having heavy meal and chatting with local friends. The people here are more warmer and welcoming. They enjoy tousrists coming over their place and loving them which was overwhelming for me. After a good good-bye we started off our bumpy journey back to Gangtok stopping by our fav waterfall Amitabh Bacchhan fall.

We reached Gangtok at 6:30 - 7 PM and were exhausted with the journey. We took rest that evening and were excited for the next day.

Keeping in mind that Nathula Pass remains closed for visitors on Monday and Tuesday, we had decided to cover Northen part first. We already took permit to visit the pass and submitted documents beforehand (with the help of travel agency).

The roads to Nathula are smoother and the scenery is breathtaking. With songs floating inside the car and the view outside was an awe moment for all of us. The roads are managed by the Army, BRO (Border Road Organization) as Indo-China trade happens from this route, earlier it was also known as Silk-route.

Nathula Pass is around 50 kms away from Gangtok at an altitude of around 14000ft. The Army men are employed all over taking care of the border. Various bumpers can be seen kept at some distance. This is the closest IB (International Border) and peaceful amongst any from India. After crossing several steps you can see the IB, also China's Army men are visible. Stories of our brave soldiers can be heard by fellow Army men safeguarding at the border. After saluting the real heroes of the country we visited Baba Mandir closer to Nathula Pass.

Baba Mandir is built on the memory of Captain Harbhajan Singh who was in Indian Army and is considered Hero of Nathula.

Closer to temple there is a giant Shiva statue located with a beautiful waterfall at the backdrop.

After half an hour journey from temple we reached famous Tsongmo lake aka Changu lake. The water of the lake is still and cold enough. We took several pictures and boomerangs here. Also sitting on yak here is too mainstream but we did it.

On the way we had garam-garam maggi with vegetable soup. The driver was so kind to stop at places on our request and tolerated our nonsense stuff. He was glad to know us because we were from Bombay.

All thanks to google and maps our unpanned trip was successful. After gathering hell lot of courage and sweet memories we packed for the return journey to Mumbai and said Bai to Sikkim. 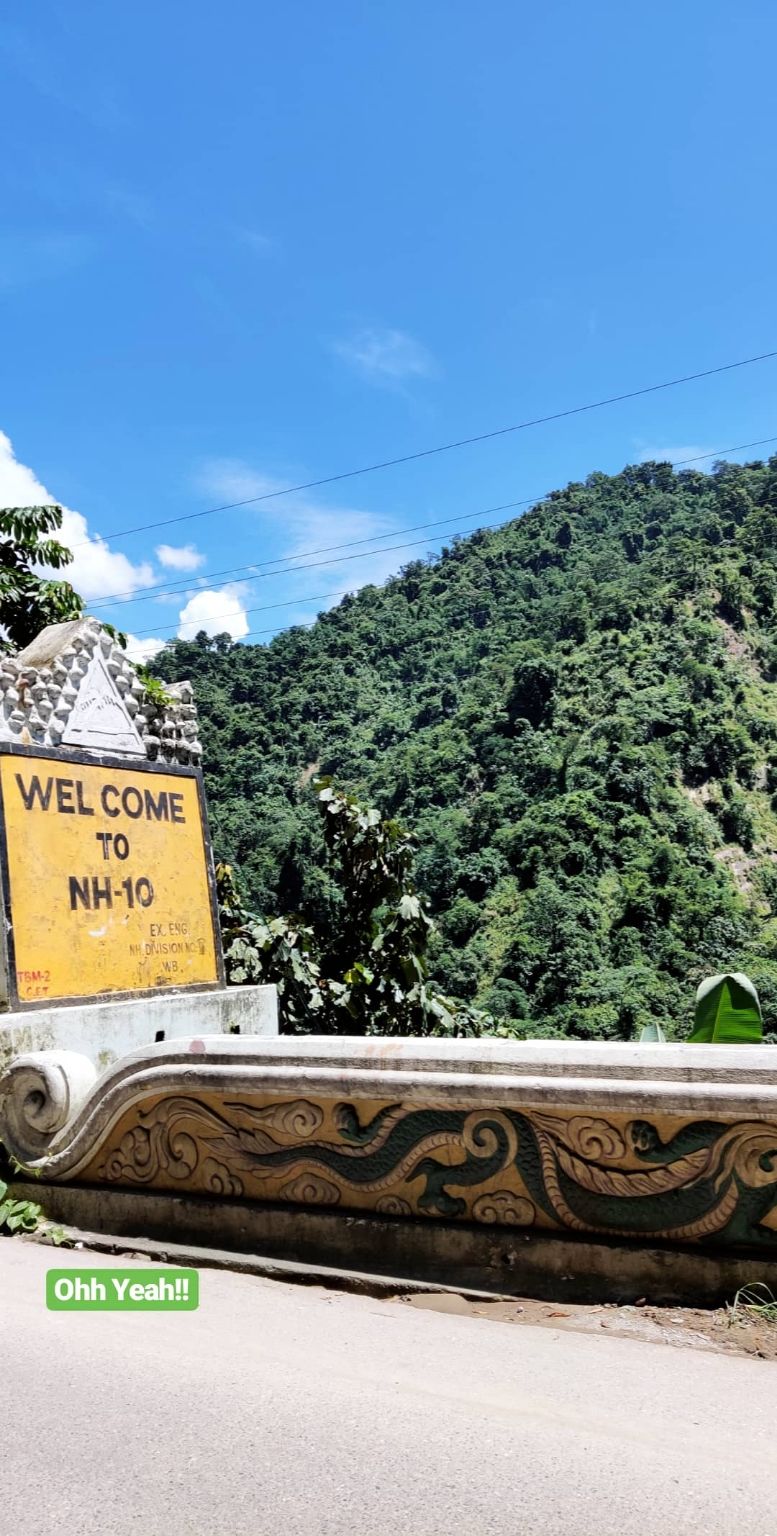 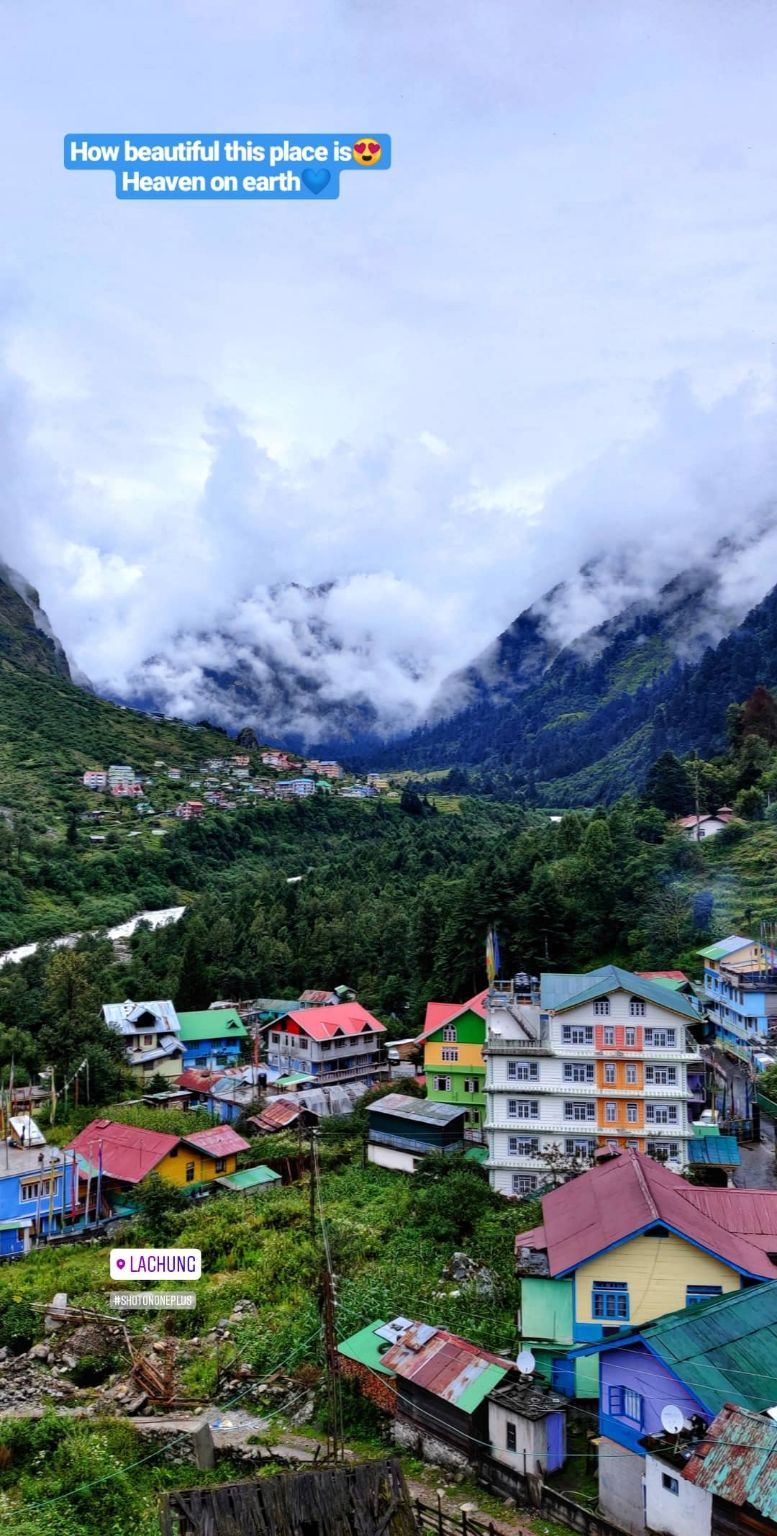 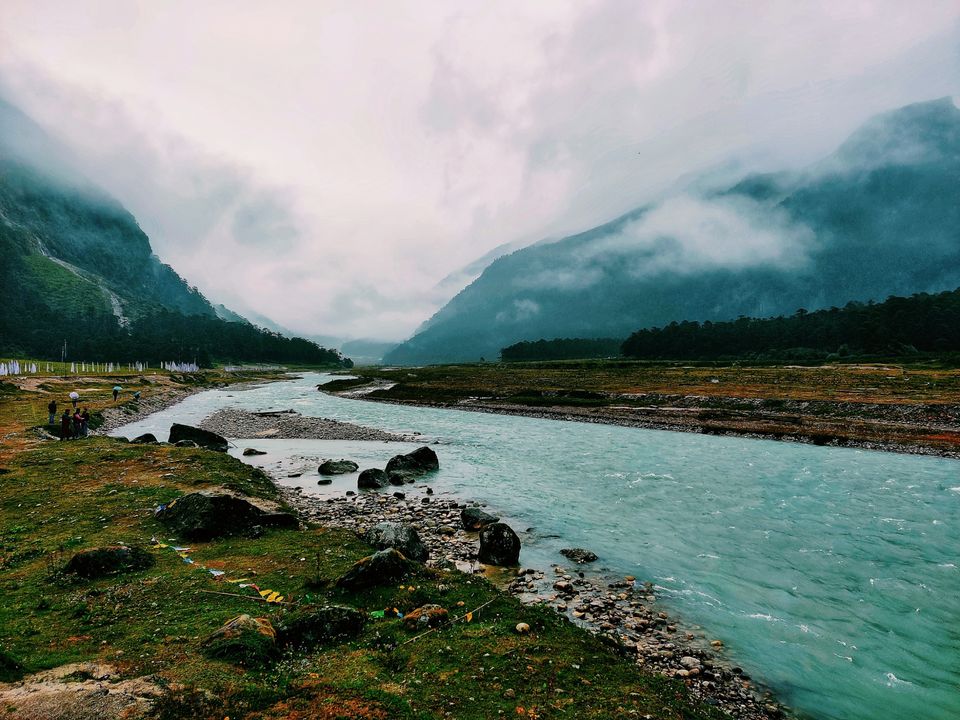 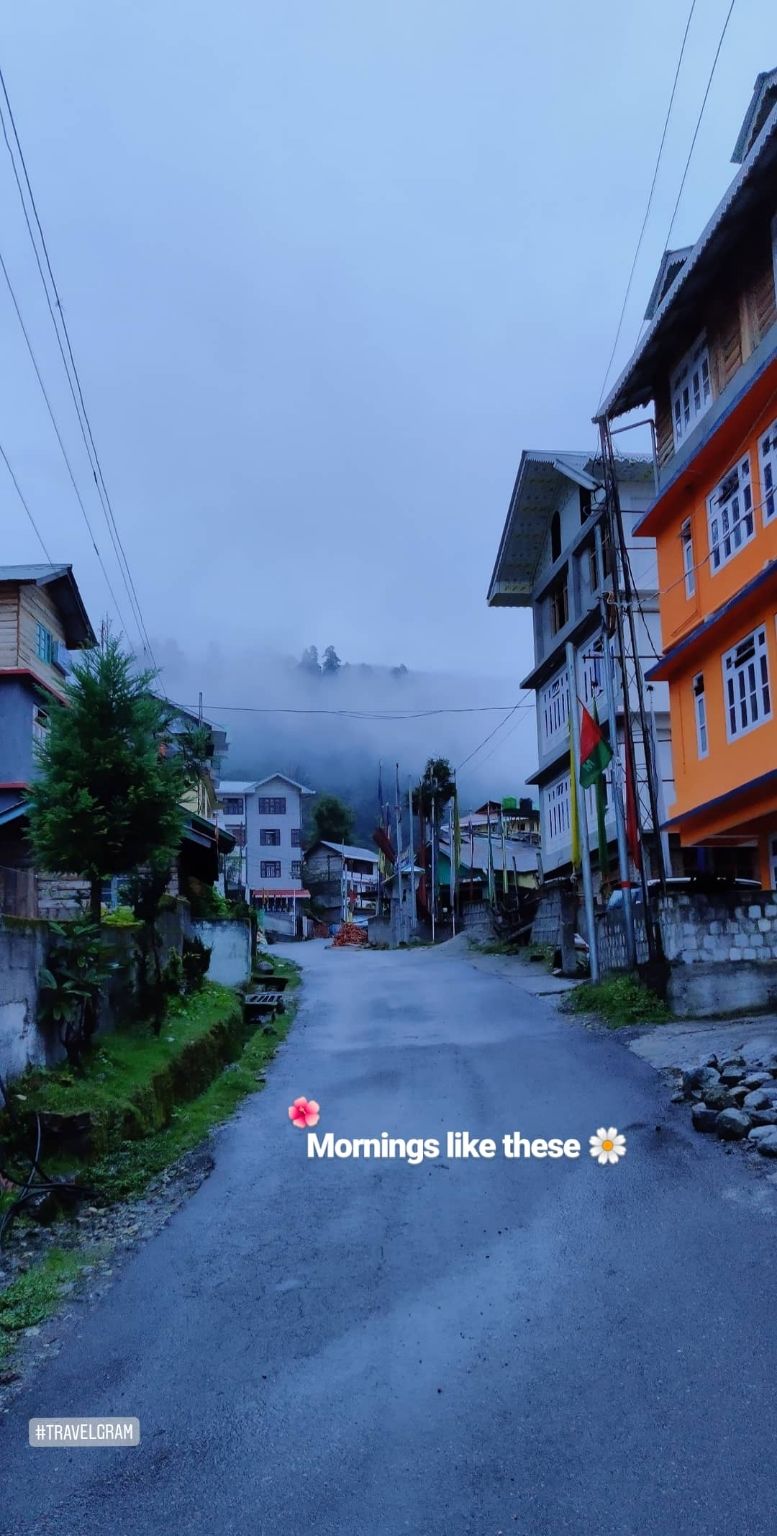 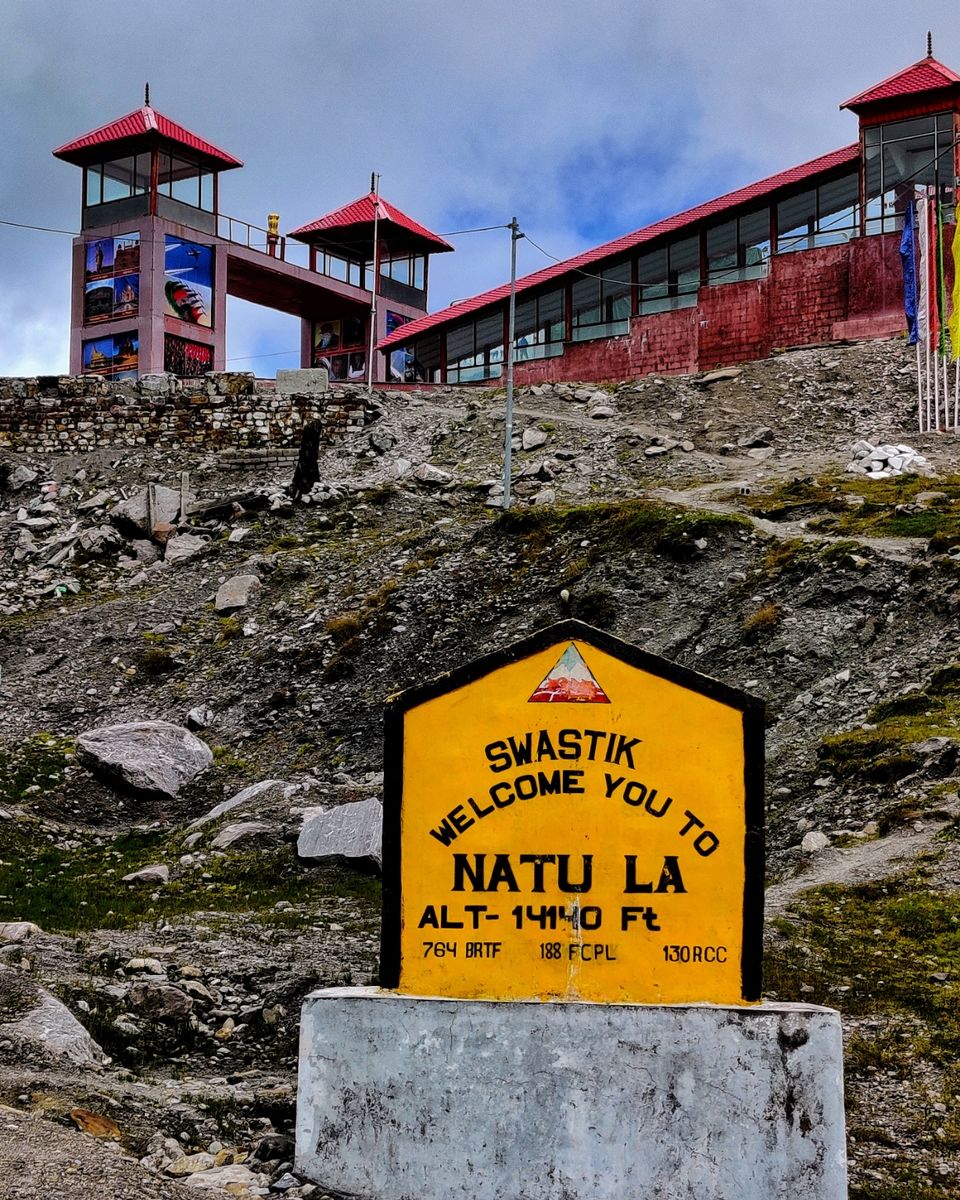 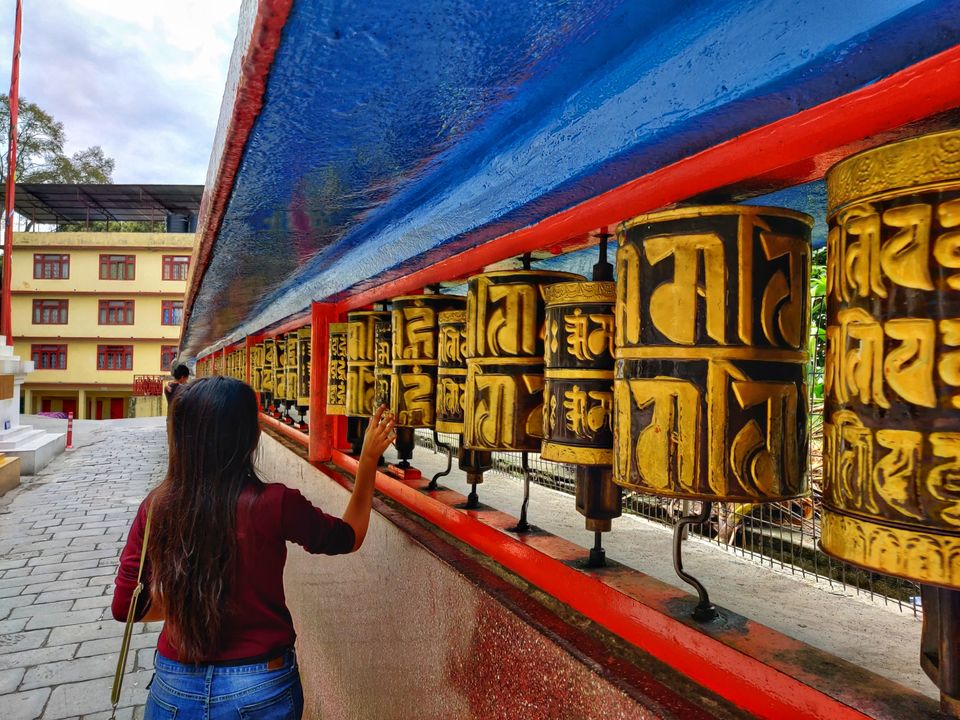 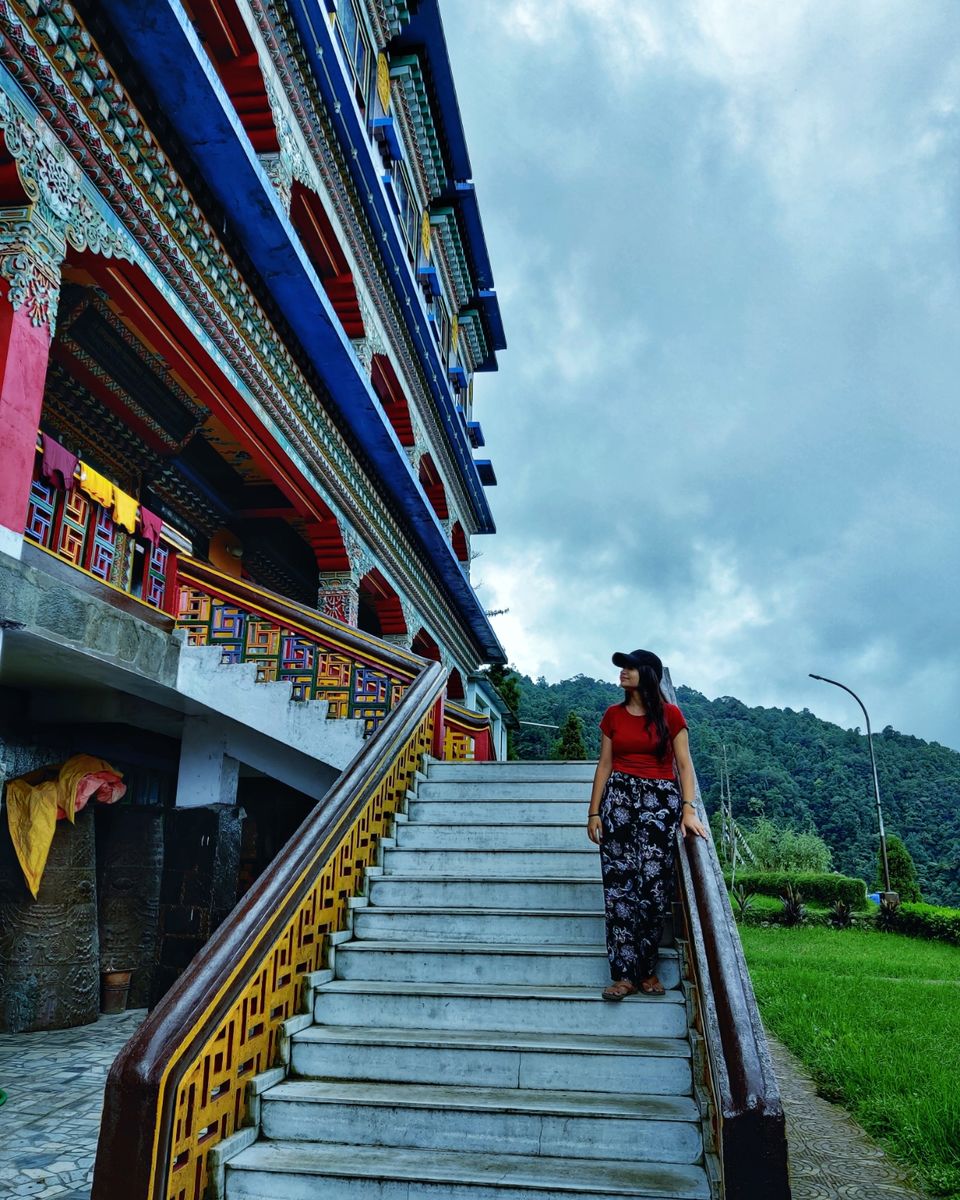 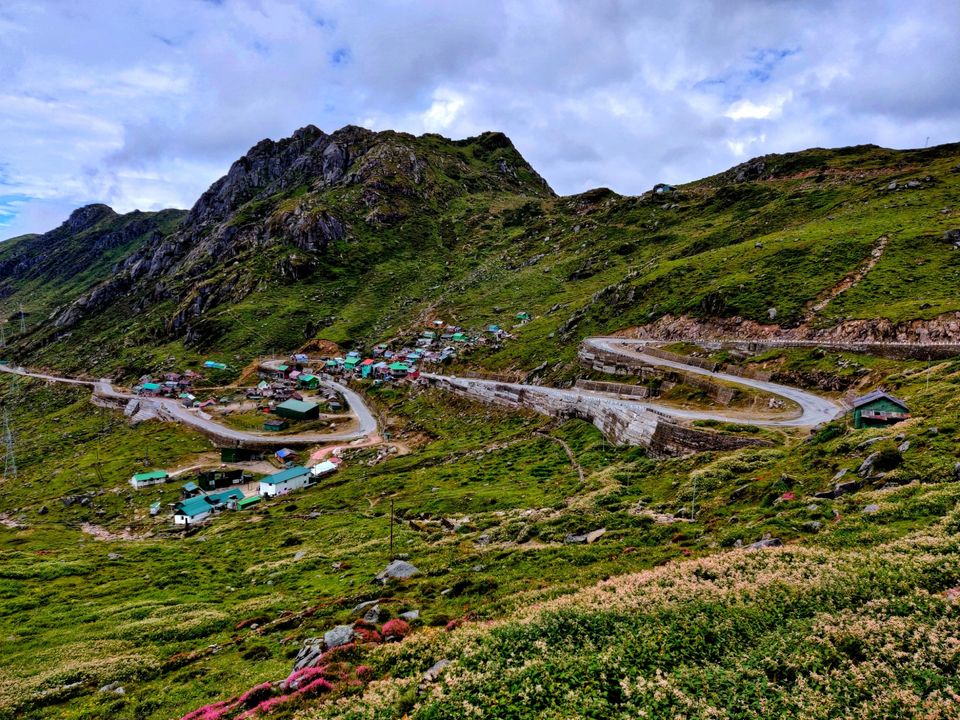 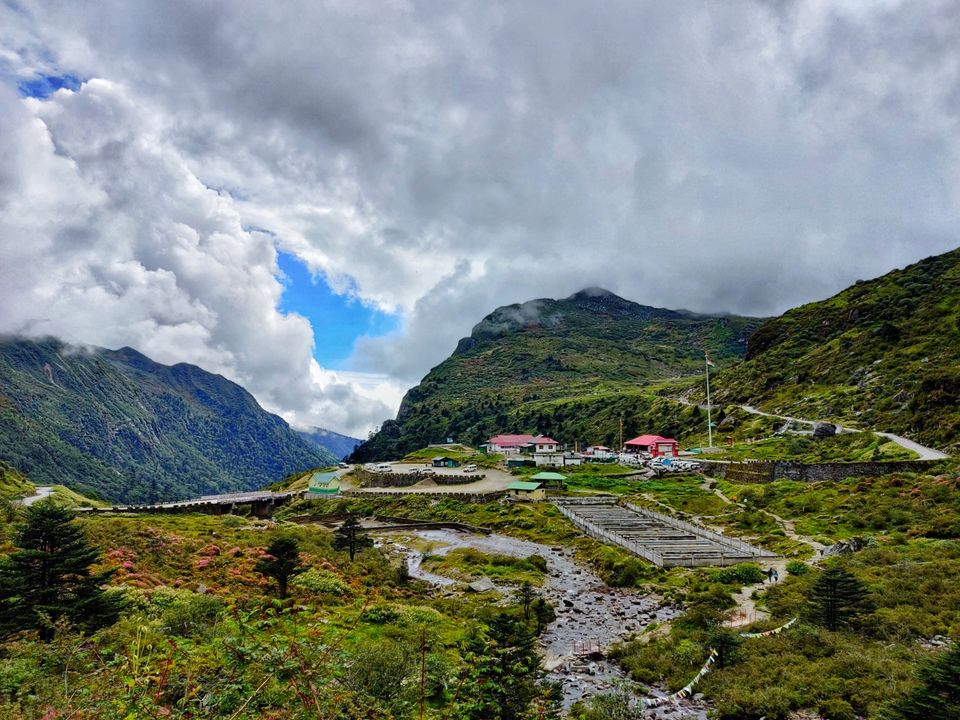 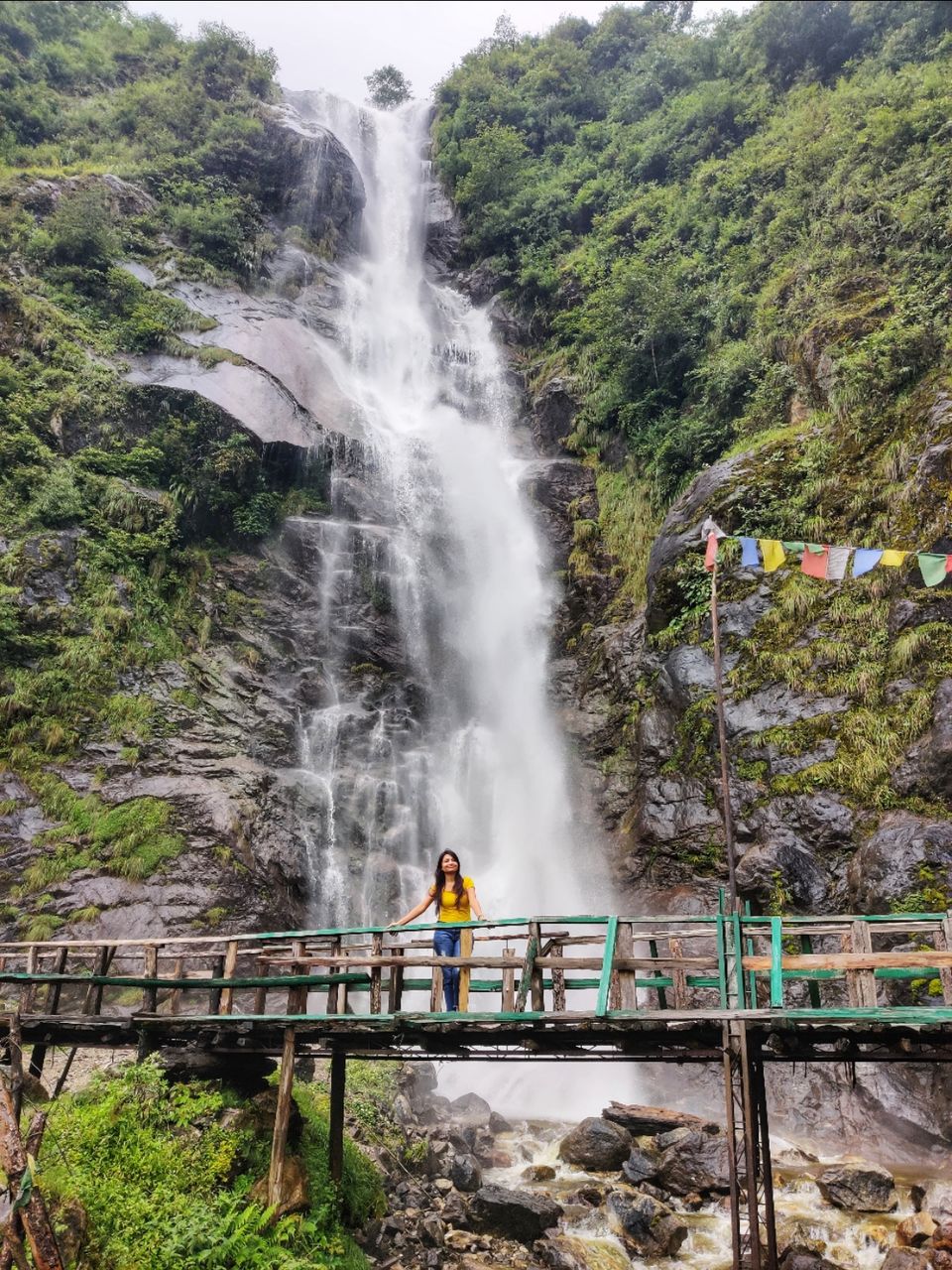