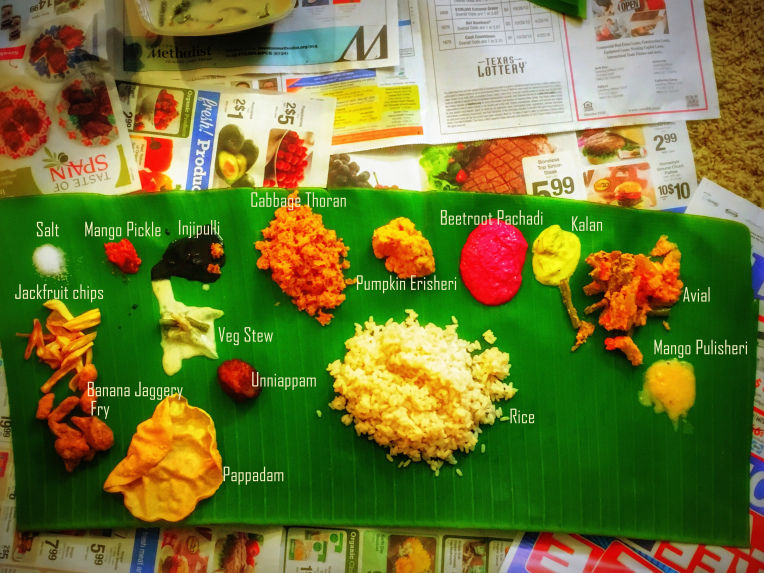 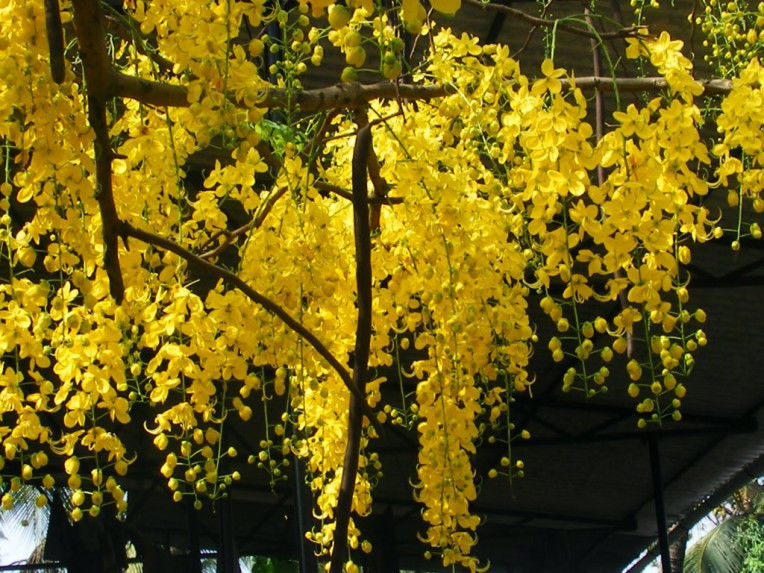 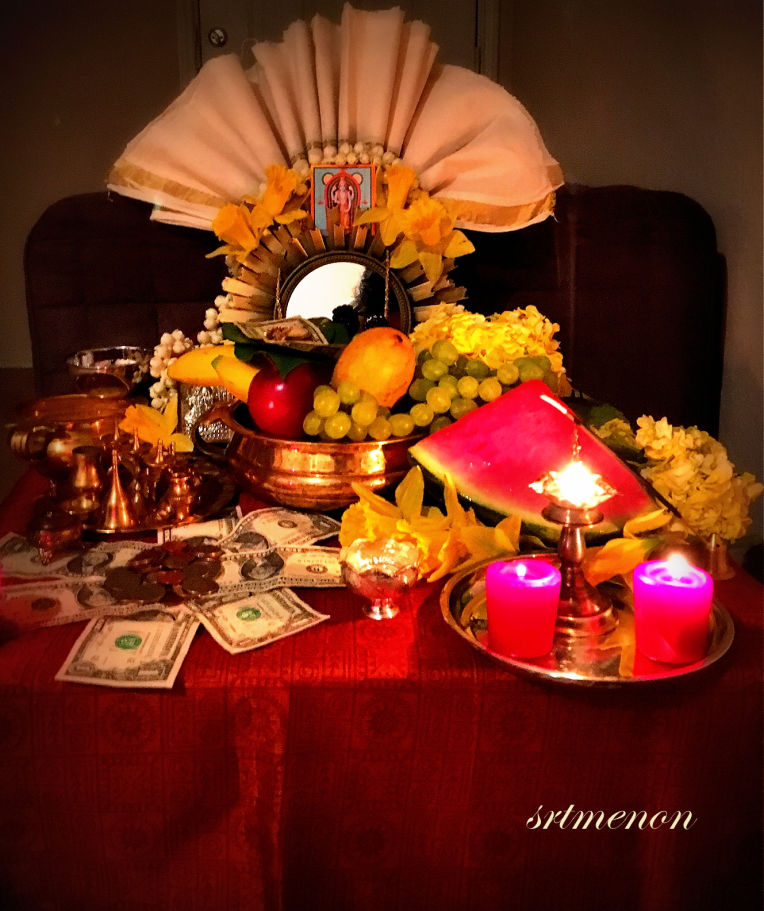 Come April 14, and in my hometown of Palakkad, people stroll around looking to get a bunch of yellow flowers, and children excitedly burst fire crackers. Reminiscing those days, I just wanted to write on a slightly different topic.This blog is neither on travel nor on food, but rather about a festival and tradition that I look forward to every year. To be precise, I am giving you a quick peep into Kerala’s Vishu Festival.

As a Malayalee I have just two important festivals to celebrate with great pomp and ceremony. One is Onam and the other one is Vishu. I have been seeing Vishukkani (the arrangement that we keep before God during Vishu) done by my Mother for many years. However, this year’s Vishu was much more special to me as it was my turn to start this tradition for my family. At first I felt this was going to be very tough as I had never helped my mother when she set up the Vishukkani. Without a clue about the items I needed for this, I got started. My daily dose of queries were clarified by my mother over the phone. And I finally set up a grand Vishukkani! Quite fulfilling to have arranged everything from scratch on my own.

Vishu is a Hindu festival primarily celebrated in the Indian state of Kerala, which marks the commencement of the new year. We also mark this auspicious day as the first day of the harvest year. During my childhood, I used to wait for Vishu because all the family members happen to meet. Elderly folks give Vishukaineetam ( the tradition of giving money/ presents) to the children in the house.

A new kerala kasavu (silk cloth) , Lord Guruvayurappan idol (picture), Valkannadi (Mirror) Items arranged in the Uruli (brass vessel)- A bed of rice, grapes, avocado oranges, apples, blackberries. banana, yellow daffodil flowers & betel leaf with money.
What is the belief ? The belief of celebrating Vishu is connected to the Demon Ravana.It was said in the ancient mythology that Ravana never allowed Sun God/ Surya Deva to rise straight in the east during his reign. Ravana’s death was on the Vishu Day and it was on this day Sun God/ Surya Deva started to rise from the east. Hindus of Kerala and nearby places celebrate Vishu to commemorate the return of Surya deva. We call such divine anecdotes as “Aithihyam” in Malayalam.

The most important event in Vishu is the Vishukkani, which literally means “the first thing seen on the day of Vishu after waking up”. Above is the Vishukkani kept at my home this year. The arrangement consists of all the auspicious items intended to signify prosperity and happiness. It includes rice, fruits and vegetables, betel leaves, Valkannadi or metal mirror, yellow flowers called Konna, holy texts and  money, all arranged around Lord Guruvayurappan in an ambience lit by nilavilakku or thookkuvilakku (traditional oil lamps) usually in the prayer room of the house. We keep the Vishukkani facing the east direction. Also we keep all the items offered to Lord Guruvayurappan on a brass vessel called Uruli.Beside the Uruli we keep Ashtamangalya Thattu, lamp & a silver vessel with holy water.

Konnapoo / yellow flower which we keep in the Vishukkani- source : Google
After seeing the Vishukkani, we burst fire crackers and wait for our parents to give the Vishukaineetam. And it is time to relish a grand Vishu Sadya.

Above is the image of the Sadya made at my home. We serve all the dishes on a banana leaf. Being away from home brings us closer to our friends who become our family here. We celebrate festivals with a potluck.We get together and relish the grand  feast. This time we tried to make all the Kerala delicacies possible. We also made Paal Payasam or Kheer and Parippu payasam to add some sweetness to the menu. Amazing eve it was!

Alternatively in some houses we make the traditional Vishu Kanji/porridge.This Kanji is made of rice, coconut milk and spices. Traditionally, it is paired with my all time favorite Avial which is an interesting medley of assorted vegetables and ground coconut.

What is the Vishu day attire ? Generally I prefer to wear the Kerala Kasavu Saree during such auspicious occasions. Kerala Saree is a single piece of woven cloth.The elegance and charm of the golden borders contrasting with the plain white mundum neriyathum of Keralite women  truly symbolizes Malayali women. I managed to get mine somehow for the Vishu.

That’s me in the traditional Kerala Saree near the Vishukkani kept at our friend’s house.
This is pretty much how I celebrated my Vishu.Festivals bring harmony and happiness in everyone’s life. Missing our home is one main reason which makes us celebrate each and every festival with great enthusiasm.

See you all next year with much more pictures of Vishu.