What it Was Really Like to Celebrate Carnival in Brazil 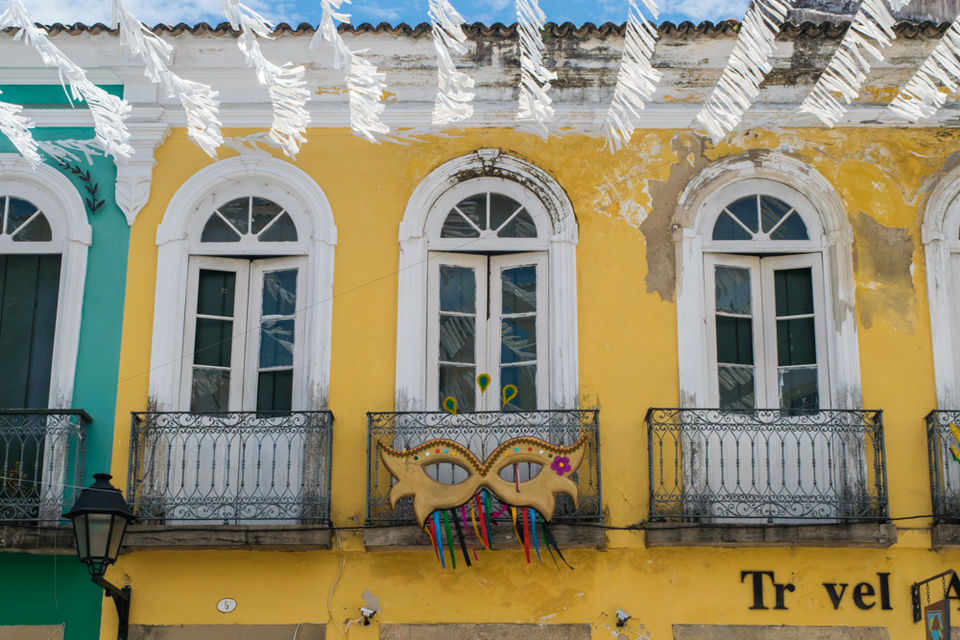 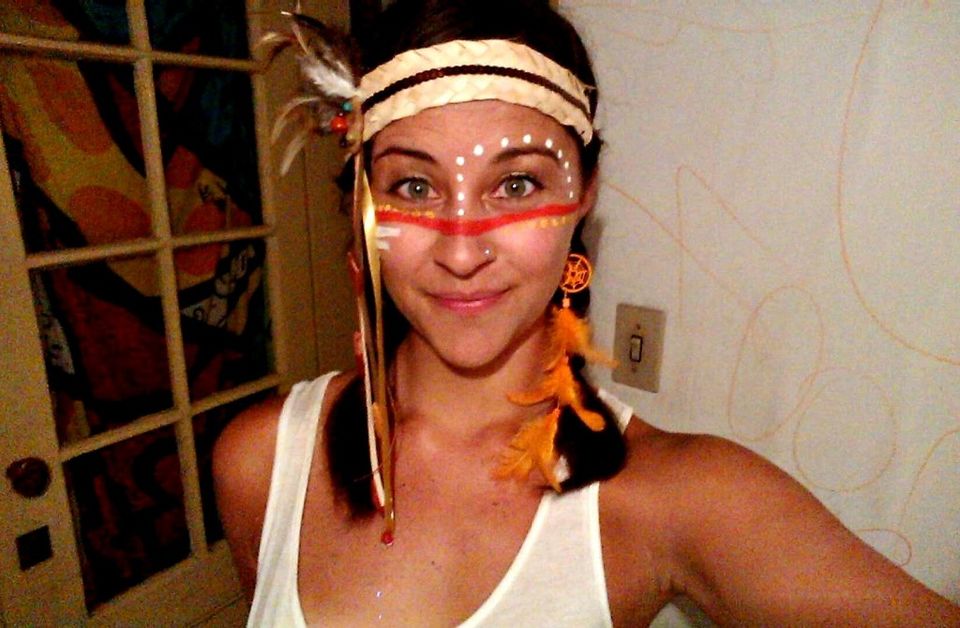 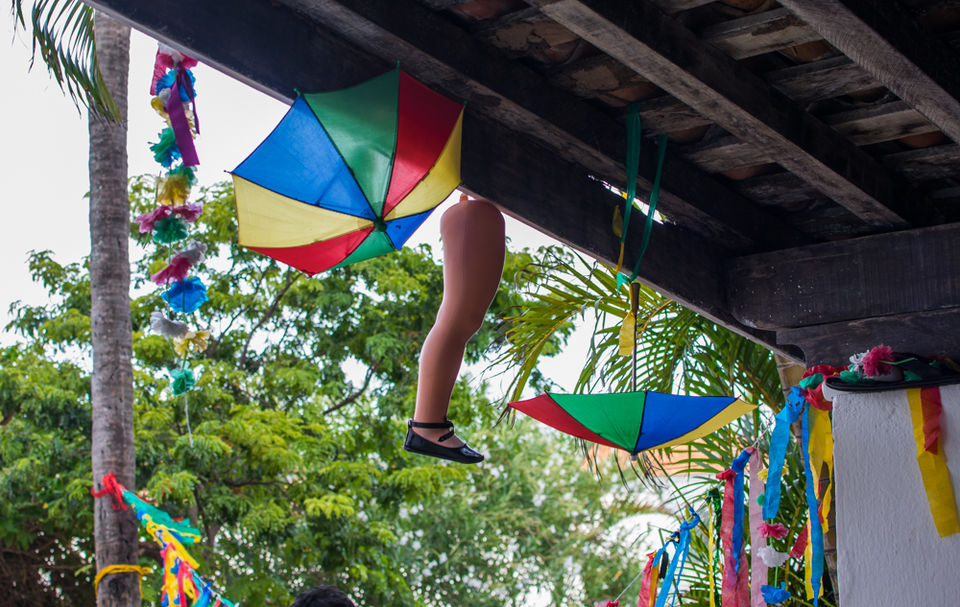 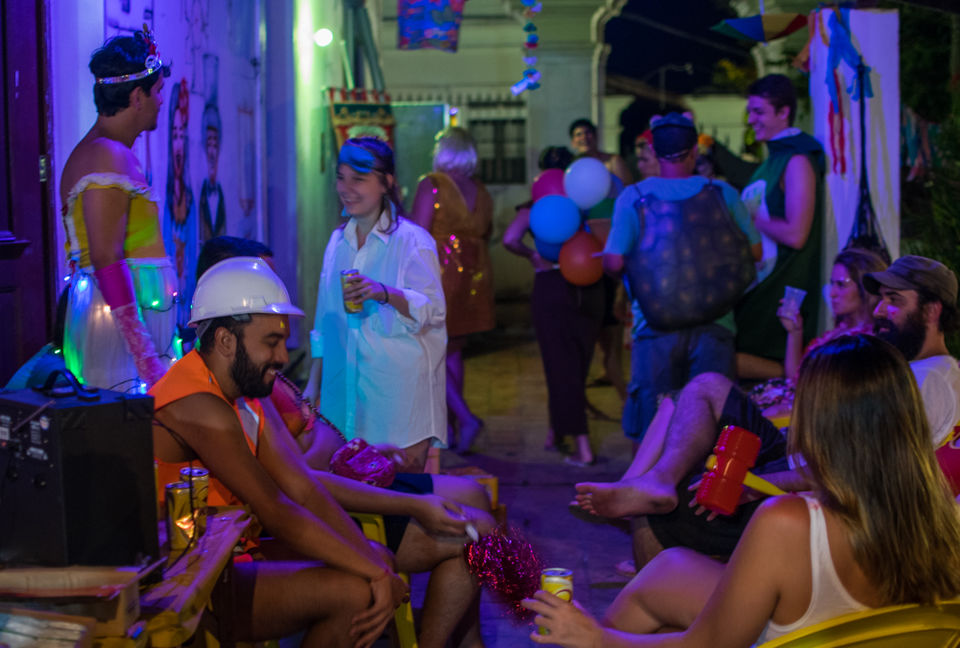 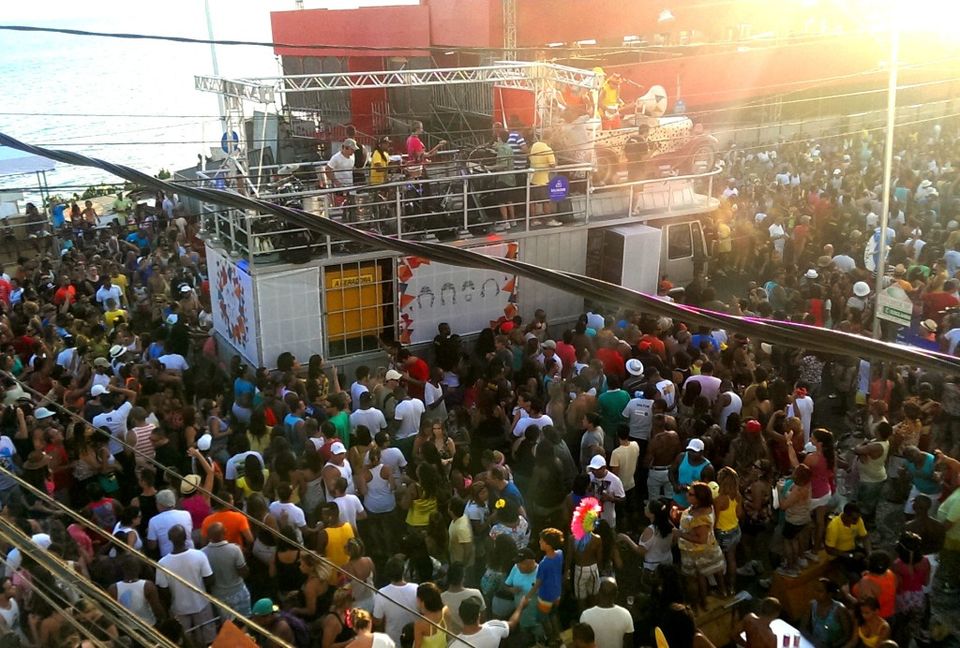 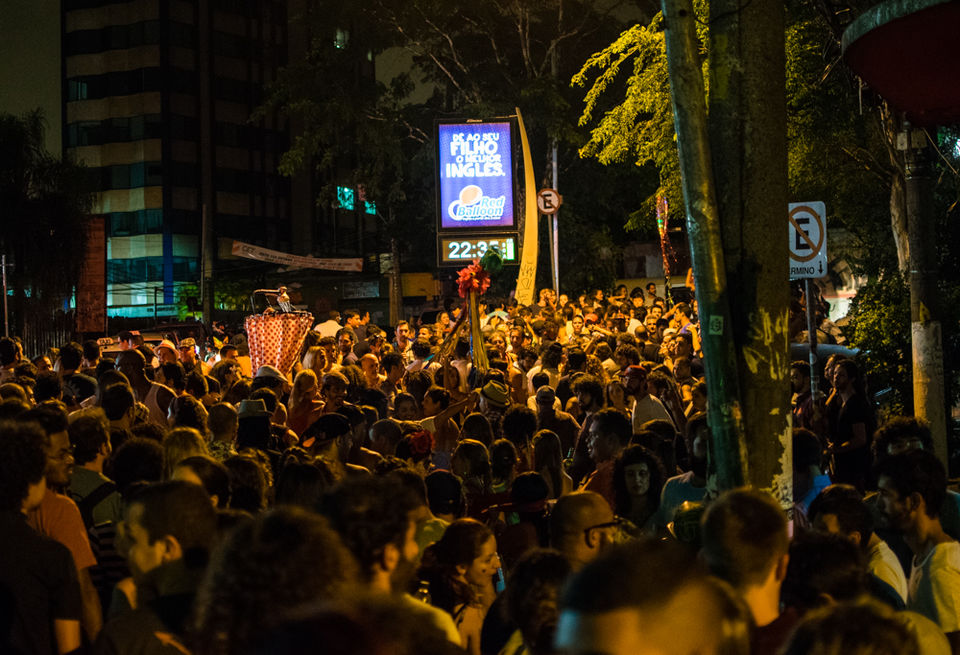 Possibly the best use of a selfie stick ever? 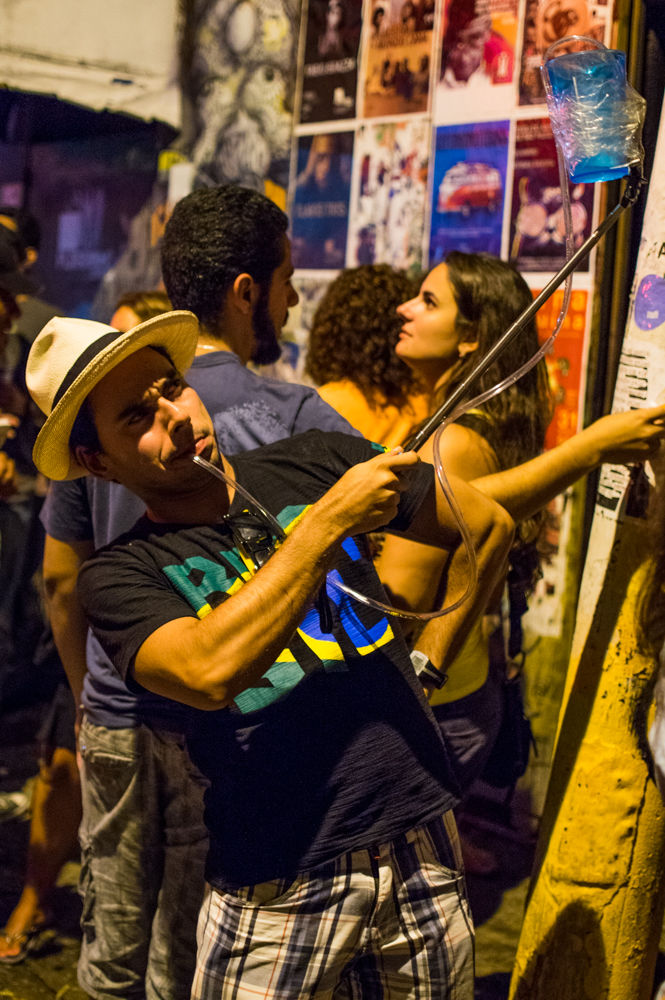 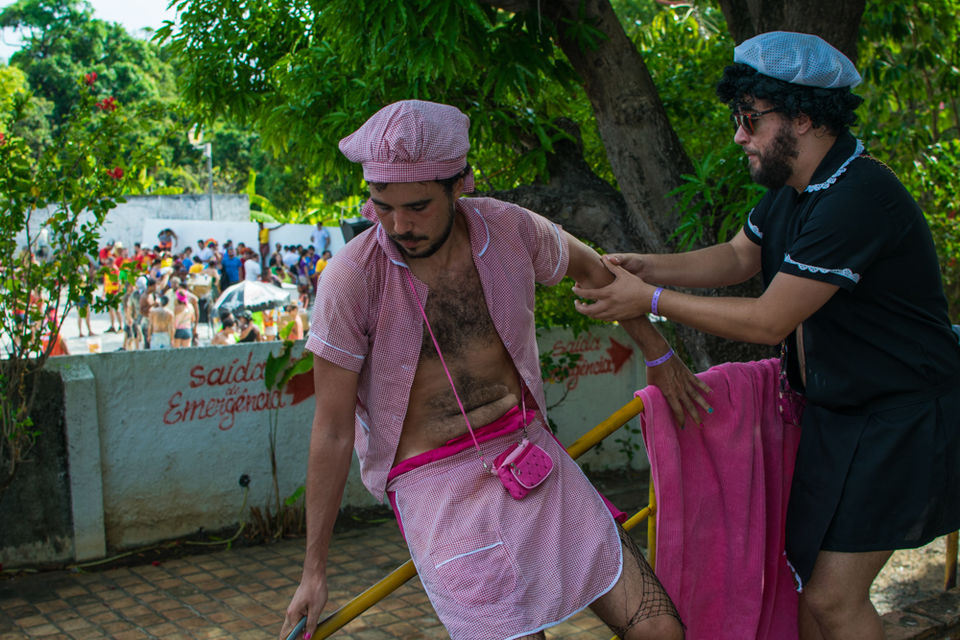 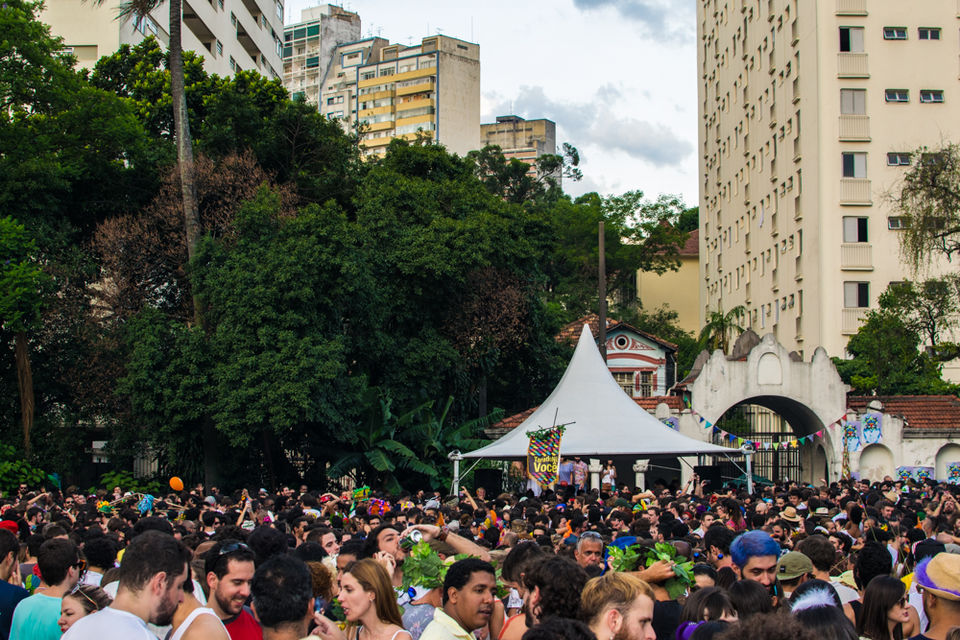 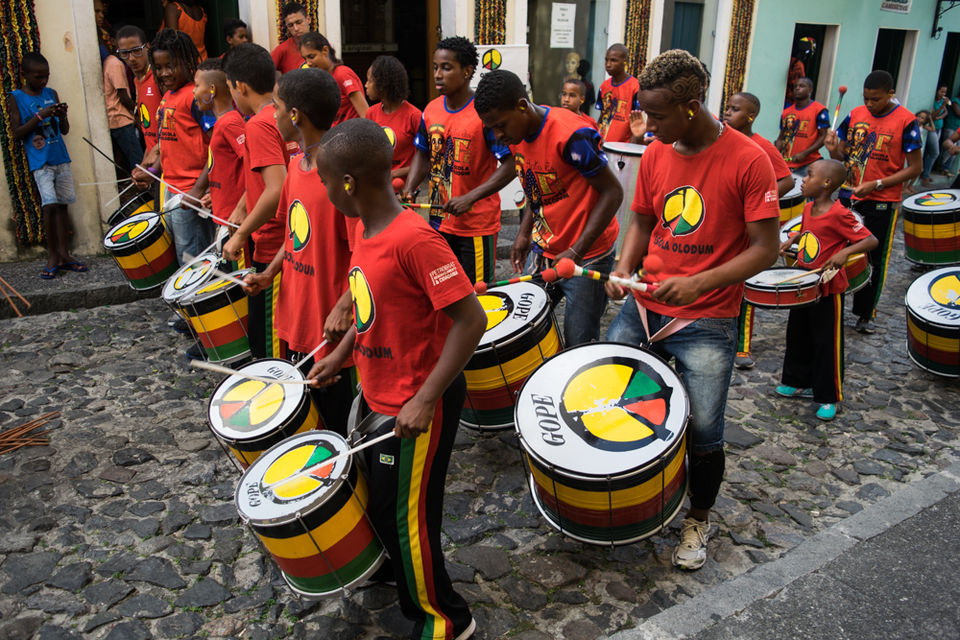 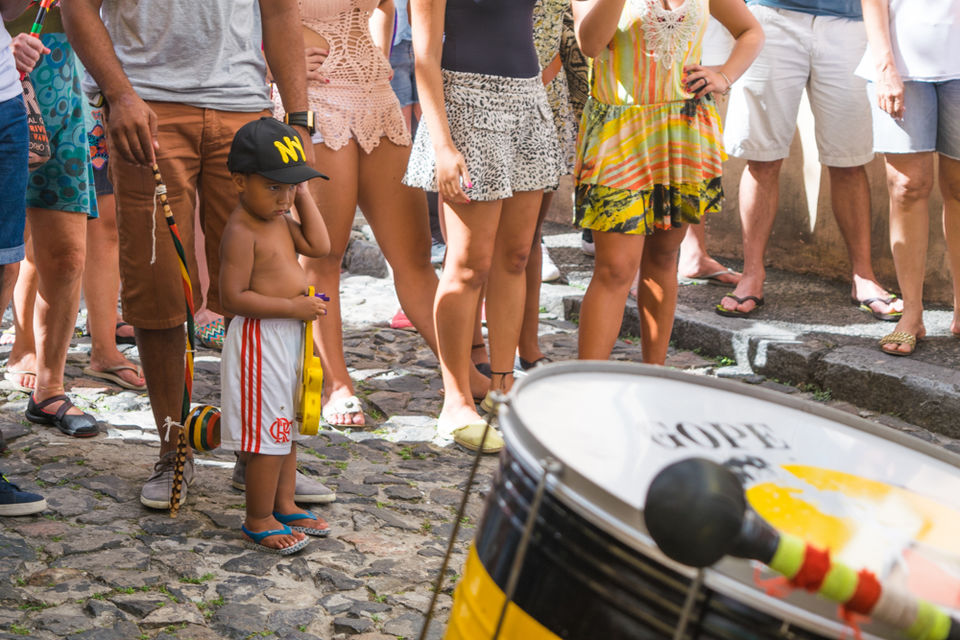 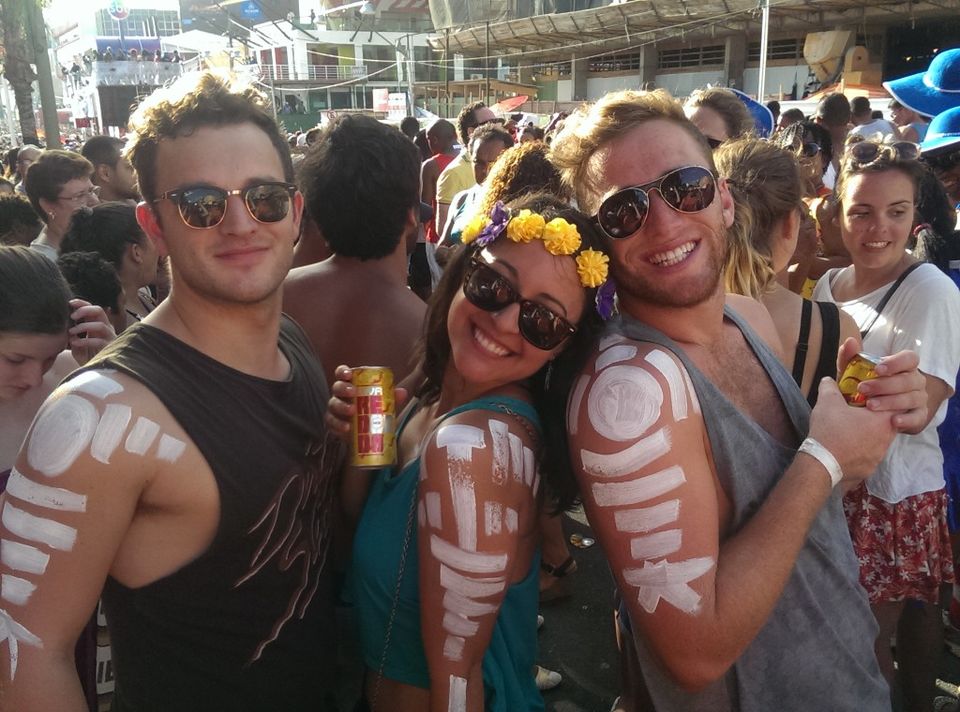 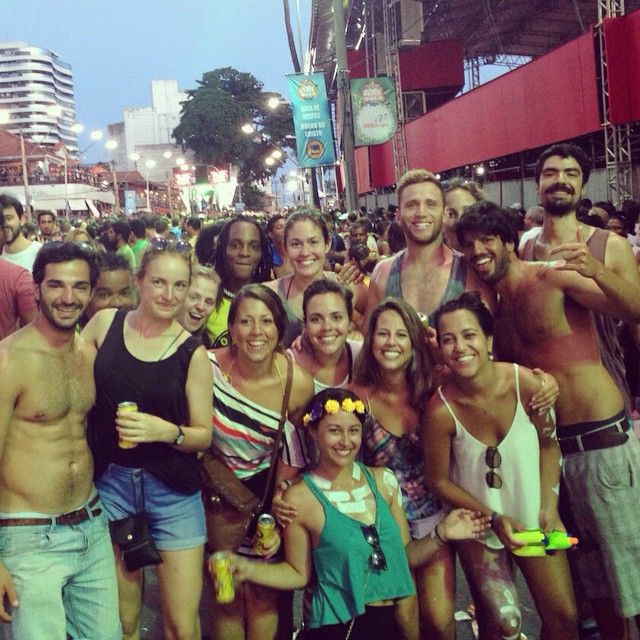 A small parade in Olinda 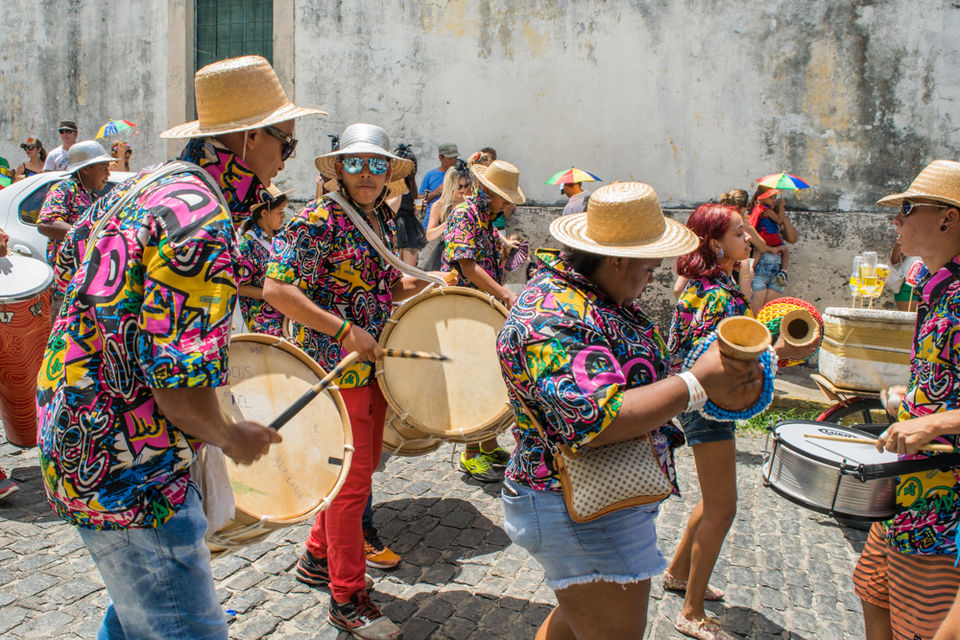 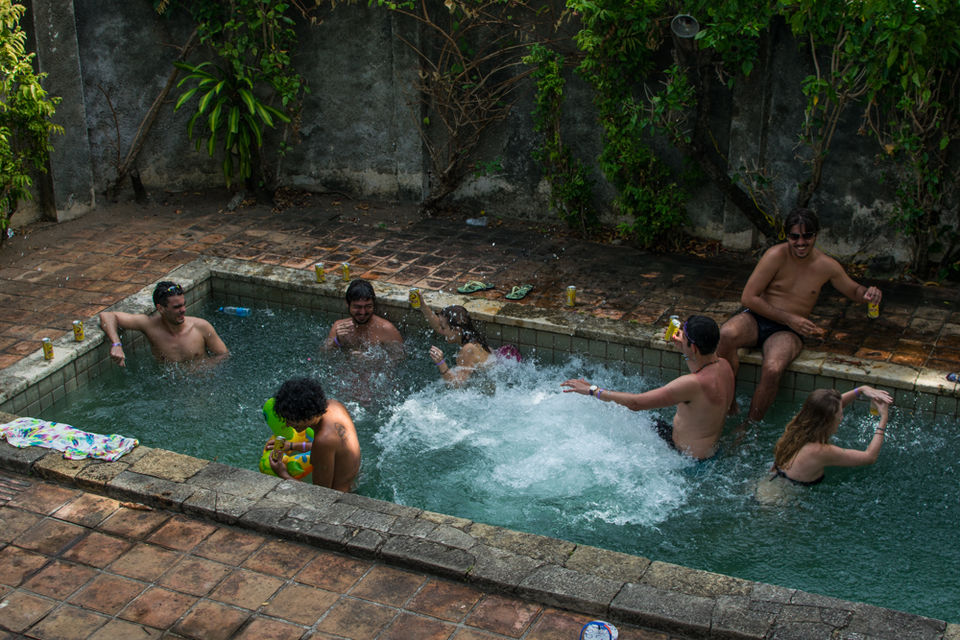 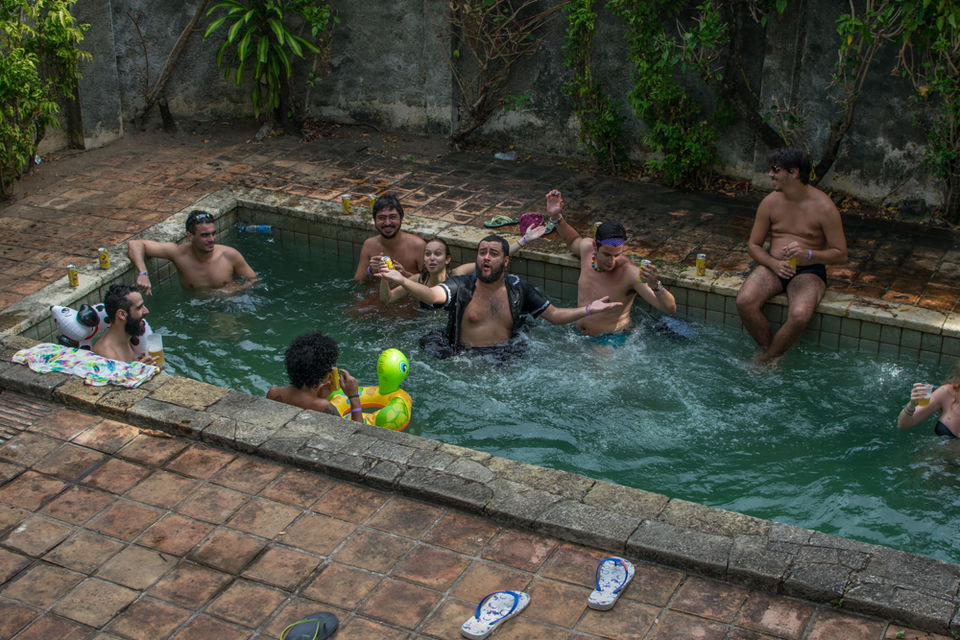 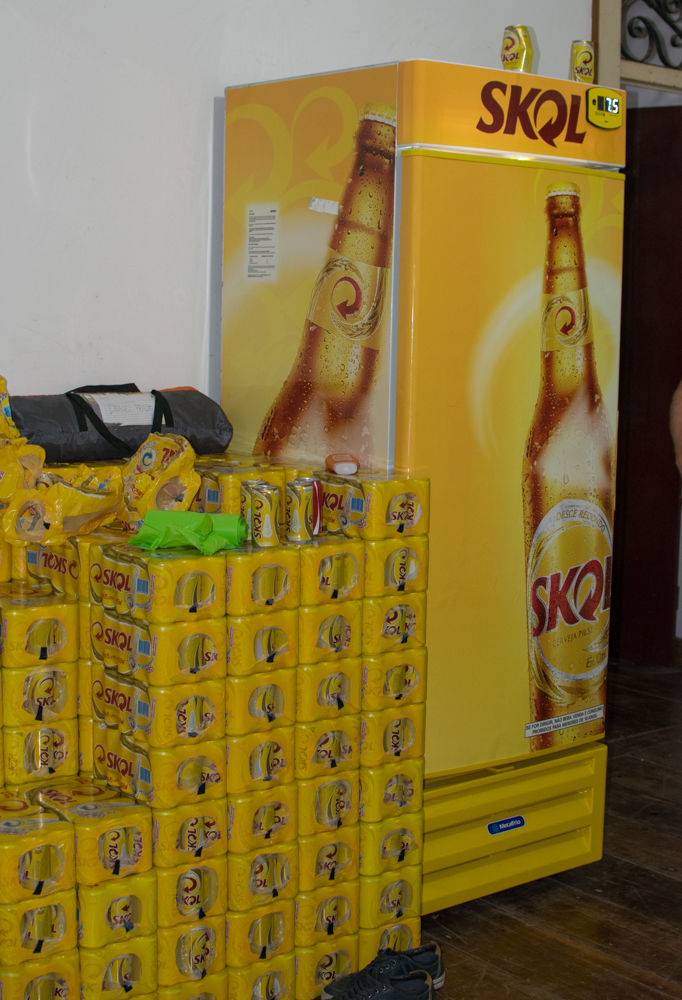 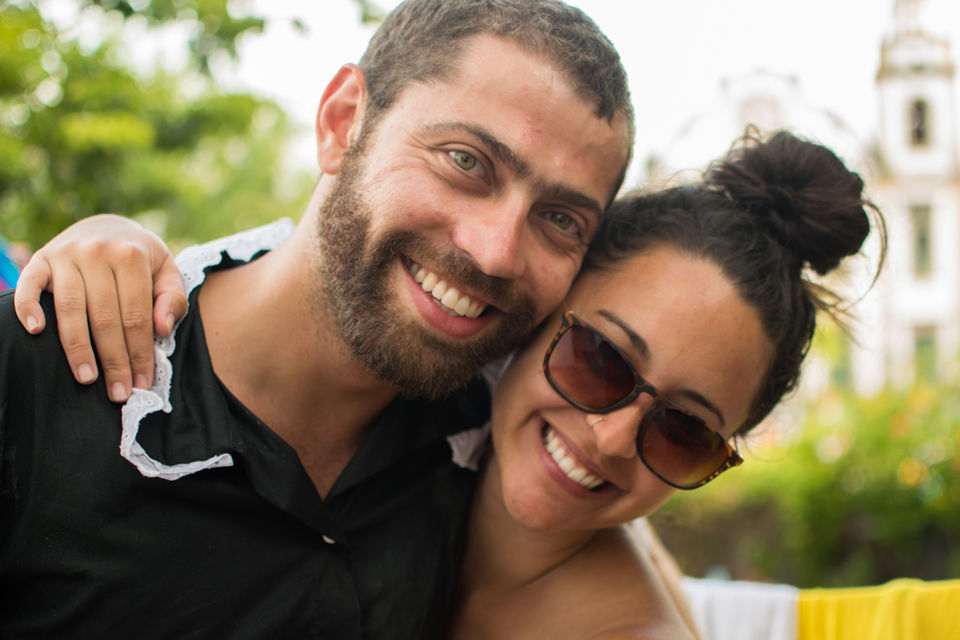 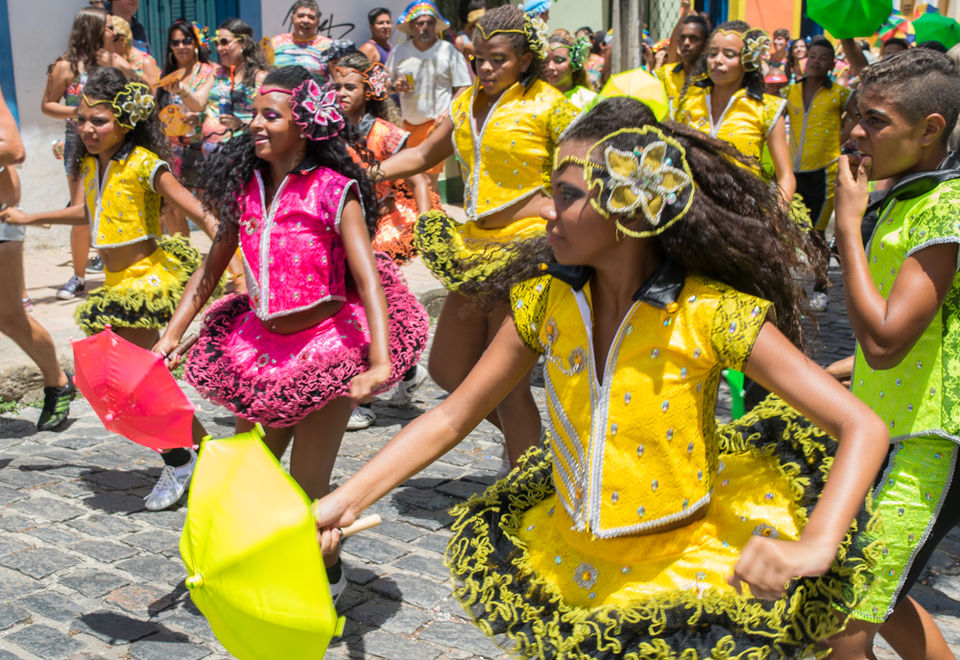 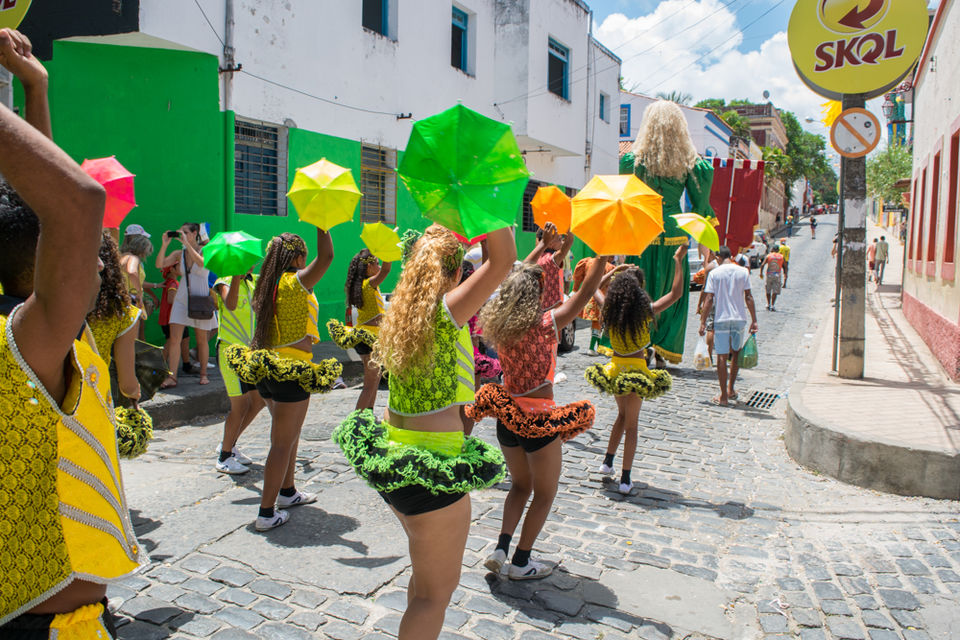 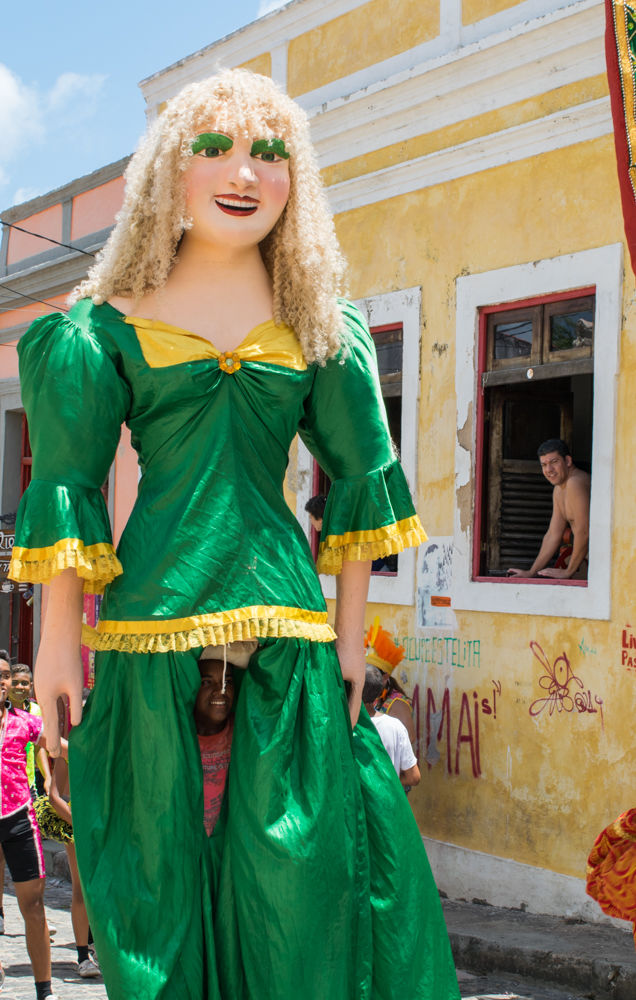 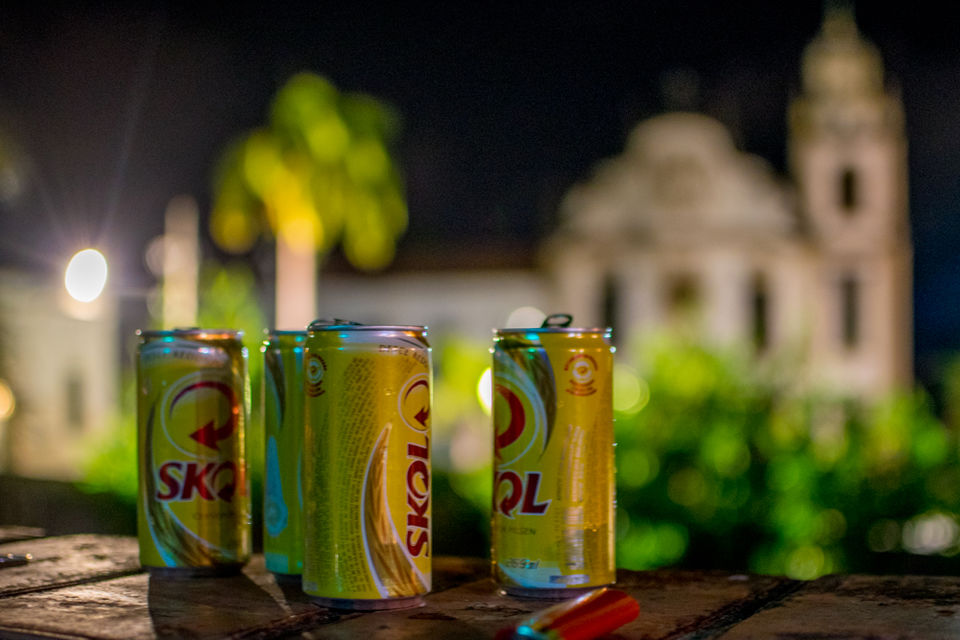 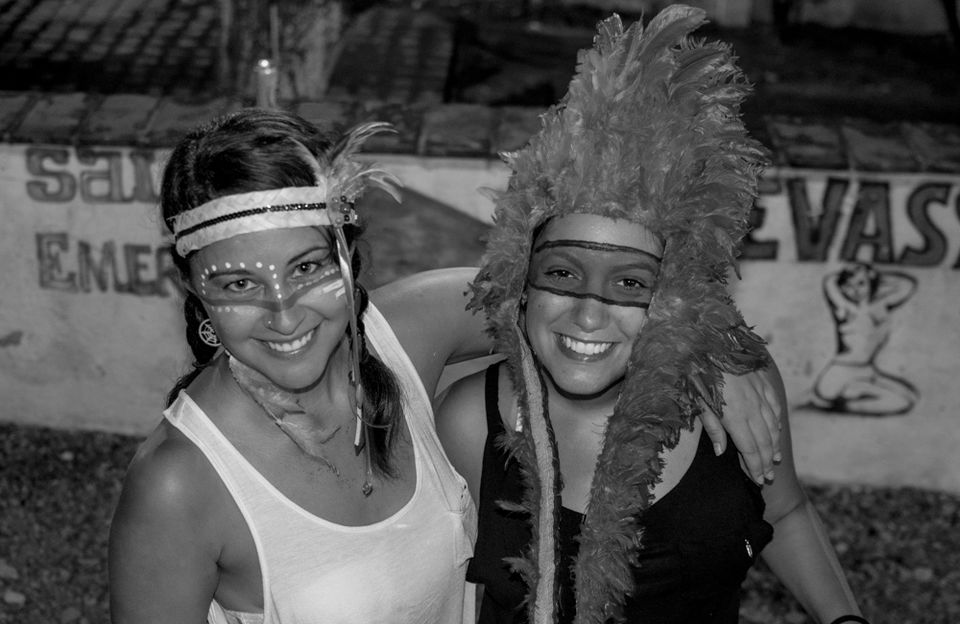 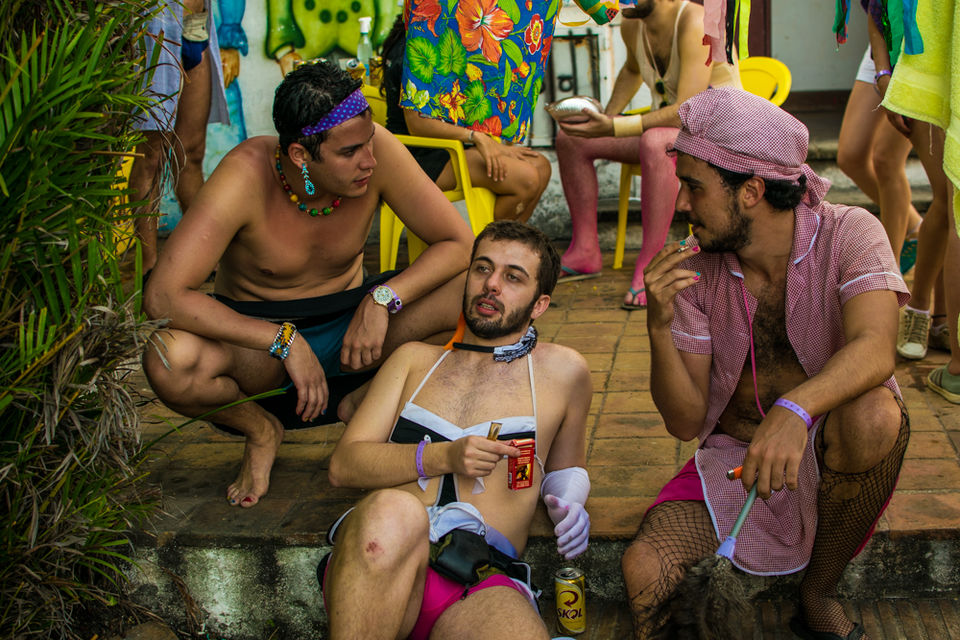 Ah, Carnival. Before my trip to Brazil I really had no idea what to expect. Not in the slightest.

In fact, I thought what you might probably be thinking: Carnival = one crazy week in Rio. Elaborate headdresses, parties, high prices and crazy crowds included. So when my flight out of Brazil (after a 5+ week stay) happened to fall three days into the event, I figured it wouldn’t be a big deal. I mean, how many days did I need to binge drink in a row anyway? Also, did I really need to blow a ton of cash on another festival?  A few days was surely enough.

Fast forward to the end of my trip and a few hours before my flight. There I was, in Olinda, the northeast of the country, still in my bathing suit in a drunken haze, frantically gathering my things from the three-story house where 60 of my newest Brazilian friends and I were staying.  I hopped over air mattresses spewed all over the floor and stuffed the last of my clothes and costumes in my backpack. I attempted to brush the glitter off my face and peel the penis stickers off my arms, but as much as I tried those would continue to follow me around for days to follow.

It was 6pm that Sunday of Carnival and we had been partying since 10am. Along with the day before that, and the night before that.  There were high heels scattered around the patio, left from the men who wore them to the ‘bloco’. People made their way through the house with cases of beer to restock the four fridges made for that purpose only.

It was crunch time, and I begged one of my newest (blonde & blue eyed mind you) Brazilian amigos to help me track down a cab in the midst of the Carnival madness.  As I strapped on my pack, others hollered at me from the pool with beers and cigarettes in hand, “Don’t gooooooo! Leaving Carnival early is the worst mistake of your life!" But I pulled myself away. As much as I could of stayed, there was no way I was missing my free return flight from Brazil and stuck with one hefty tab. 1.5 hours and $40 later, I had finally found a cab and would make it to the airport just in time, ending what was probably one of the craziest weekend-long parties I’d ever been to. And for me, that weekend was my ultimate finale. The finale of about one month straight of celebrating Carnival in Brazil. To Brazilians though, it was just beginning.

If you plan on visiting Brazil during the summer (December-February), here’s what you can expect:

There will be tons of “blocos”

Before Brazil I had never heard of a ‘bloco’.  I now understand the word a few different ways. In laymen’s terms, a bloco is a street band.  This can be a group of people, or an actual band, but either way, they organize during the Carnival season to play at different times.

Some blocos are small and just play through the streets while people follow, kind of like a parade.  The biggest ones though are “trios electricos” which involve sound wired semi-trucks with a stage on top. Equipped with both decorations and dancers, many play at the same time taking different routes through the streets. While attending, you can either follow your favorite while dancing along or stand in one place and watch them all slowly pass by.

Carnival doesn’t just last for one week in February. In reality, it lasts for weeks, even months, prior. The blocos start practicing well in advance and they do so by holding practice street parties. When I arrived in early January these were already starting to pop up pretty frequently.  All it took was someone in the know about where and when they were. And since Brazilians love dressing up, this was already a good excuse as any, even if Carnival was over a month away.

The celebrations change throughout the country

As I made my way up the country, there was always a different party to attend in each city. In São Paulo, I went to two or three different blocos, some at night and some during the day. Some were held through the streets, and others were in the form of huge concerts.

In the small colonial town of Lençíos, the celebration of the patron saint coincided with pre-carnival festivities. This meant marching bands all day and night long, and a delightful wake up at 5am every morning from firecrackers.  I didn’t quite understand why this was happening, but looking back, it was amusing nonetheless. Sitting at a table eating dinner and having a row of high school students from the marching band pass by while blaring their instruments was a real hoot.

Salvador was probably my favorite of all the pre-Carnival celebrations. Not only was I staying at a hostel with a great group of people (and all you can drink caipirinhas for one hour each evening) we had so much fun attending the events and dancing through the streets. One of my favorite days of the whole trip included a huge bloco by the beach where huge trios electricos blasted music and the bands played on top. Since it wasn’t exactly Carnival yet, there was room for us all to dance and hang out as a group. We would take turns doing beer runs and locals were constantly teaching us dance moves as the blocos passed by. This went on for hours. We got body paint, headbands and danced well into the night.

Olinda is where I stayed in the house full of twenty-something Brazilians for three nights. As with everywhere I went in Brazil, I was referred to a friend of a friend and told I could stay with them. This was also the case here and landed me the space in the house. Little did I know at the time I’d be hitting the jackpot as much as I did! There was security at the front door, a pool and staff who would make food in the afternoons. This group truly knew how to throw a multi-day party and it happened to be in an awesome little town. Olinda is known during Carnival for its unique style of dancing, costumes, and completely free events.

During the day we would party at the house, and at night we would attend concerts. On the Sunday of actual Carnival we attended the Galo de Madrugada in Recife– the largest bloco in all of Brazil.  Nearly two million people attend this huge street party.  The trios electricos criss-cross through blocks and blocks of the old city center blasting music. You can either celebrate in the street for free or buy a ticket for one of the private parties with booths on the side. After I caught my flight that Sunday night, everyone in the house would stay for another handful of days.  The capacity would go to about 70. I can’t even imagine the debauchery that continued!

Carnival music is a thing of its own

Don’t expect to hear any Top 40 jams from home during Carnival. Just like we have our own music during Christmas, Brazil has its own special songs during Carnival. It will also depend on where you celebrate in the country for what type of music you hear, from samba to axé.

In Olinda (in the state of Pernambuco) one of the main music styles is frevo— something I’d never seen or heard before.  Meaning “to boil” frevo is a high-energy music and dance. Wearing colorful outfits and holding small umbrellas, the dancers do moves and low squats only the strongest calves could take. At the concerts when there was enough space, the Brazilian girls would teach me how to do the dance.  I definitely worked off a few of those beers trying my best to act the part. Carnival can mean so many different things.  In Olinda, it was nothing like the huge samba school competitions and floats of Rio de Janeiro. Brazilians travel all over Brazil get to the party of their choice.

By the end of my time in Brazil, I never wanted to have another Brazilian beer (or beer in general) again. Every new city I went to involved new people and new events. I was never at an event without someone shoving a small skinny yellow can in my hand. Before Brazil, I also had no idea how much Brazilians partied. Brazilians go hard, and for multiple days and nights at a time. This is even the case when they have to get up and go to work the next day. These people are machines, I don’t know how they do it!

Of course, being that I was the one just traveling, I was invited to party after party. So if you do the same, don’t expect to be able to escape the madness easily. When I really needed a break I went to Chapada Diamantina for that exact reason. Feeling refreshed after six days of nature, I was then ready to experience the grand finale of my Carnival experience in Recife and Olinda.

I’d say life in Brazil is already pretty laid back, but once Carnival hits, all inhibitions seem to fly out the window. At lightning speed. Although there were a lot of great couples staying at the party house in Olinda, many told me that some break up just for Carnival, then get back together after. Um, what?!

Carnival is a no judgement zone, so you do and dress as you please.  Some people dress up together as groups, and others just grab and wear whatever they find lying around. Brazilian men love a good cross-dress. It’s not strange to see all the men in short skirts slapping each other’s behinds with fly swatters or feather dusters.They really embody their persona for the day, wholeheartedly.And as a single female (or any female for that matter), be prepared to kiss at least one man dressed as a woman. I’m obviously not warning you from experience.

So do I regret having my flight leave Carnival early? Not really. Overall, I was just thankful for being able to see such a unique (and crazy) insight into the country.  If the goal was to go big before going home, I think I definitely achieved that.

Have you ever wondered, “what is carnival in Brazil like?” Knowing now, would you attend?

This trip was originally published on Curiosity Travels