Why You Should Stay At Anegudi And Not Hampi 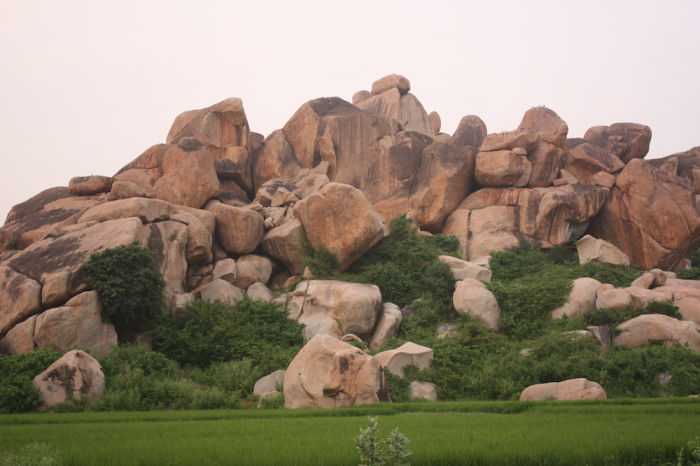 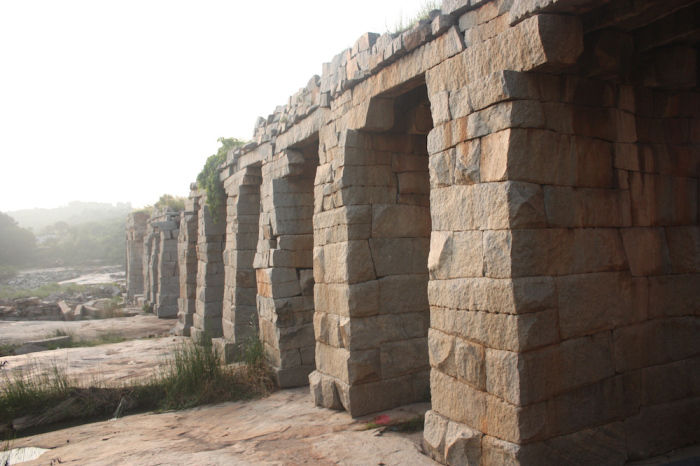 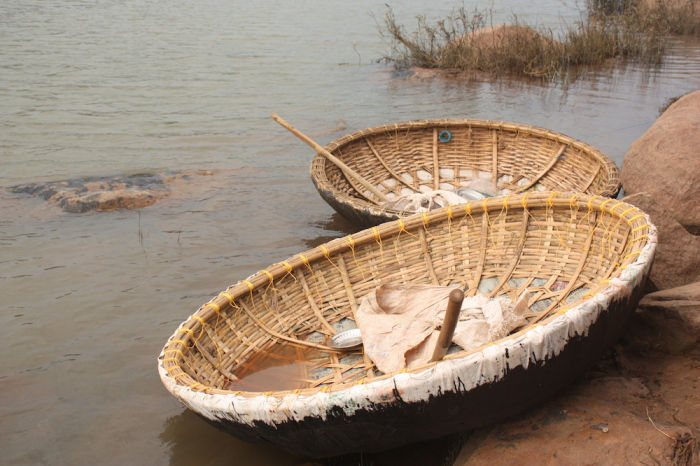 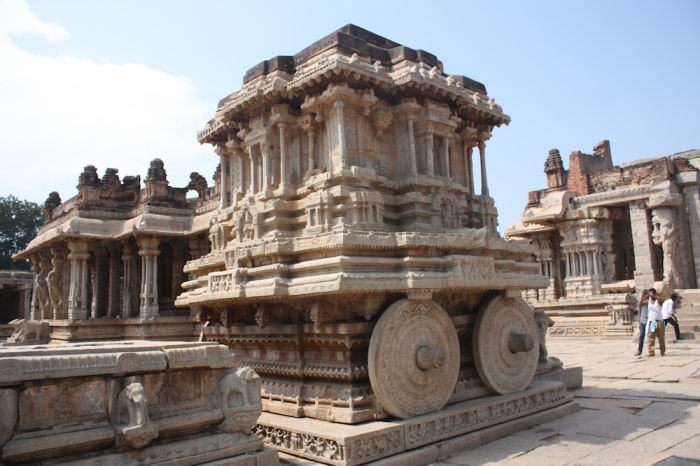 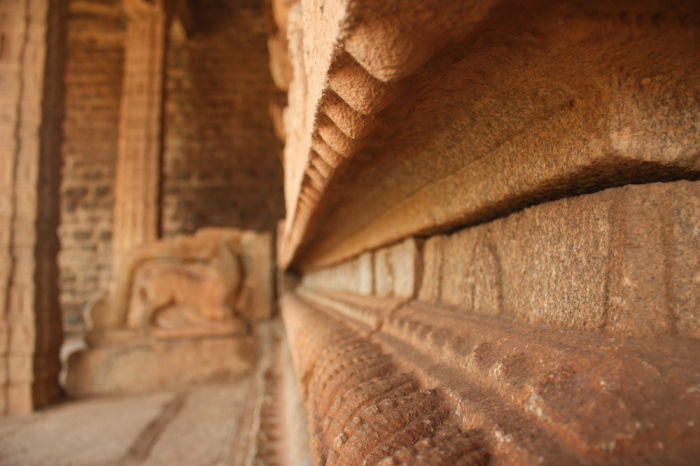 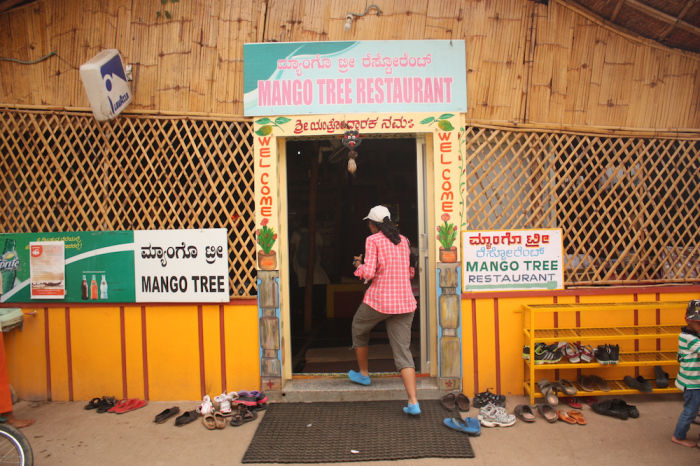 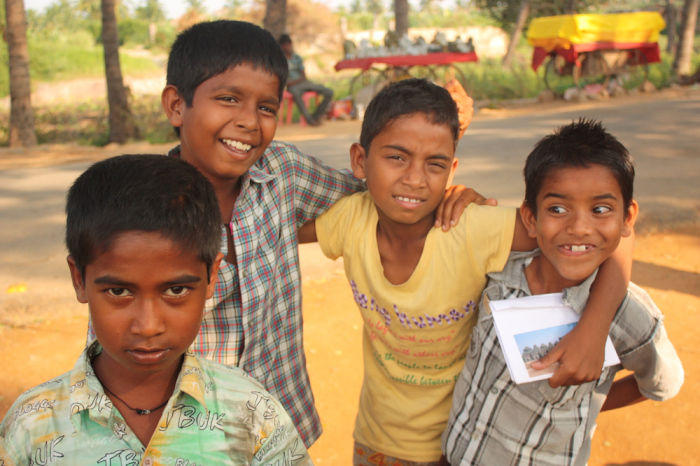 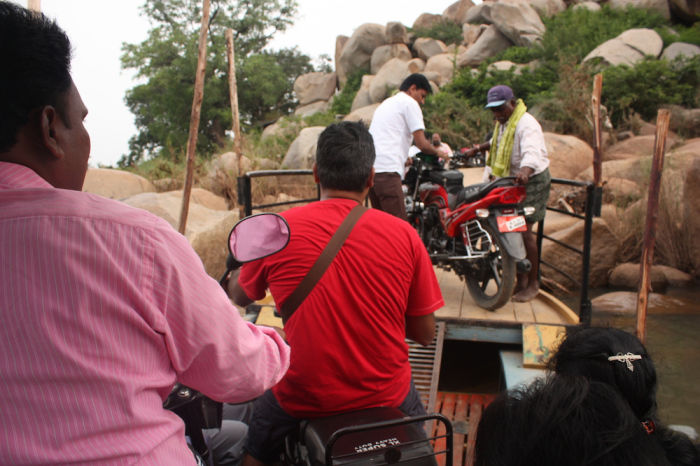 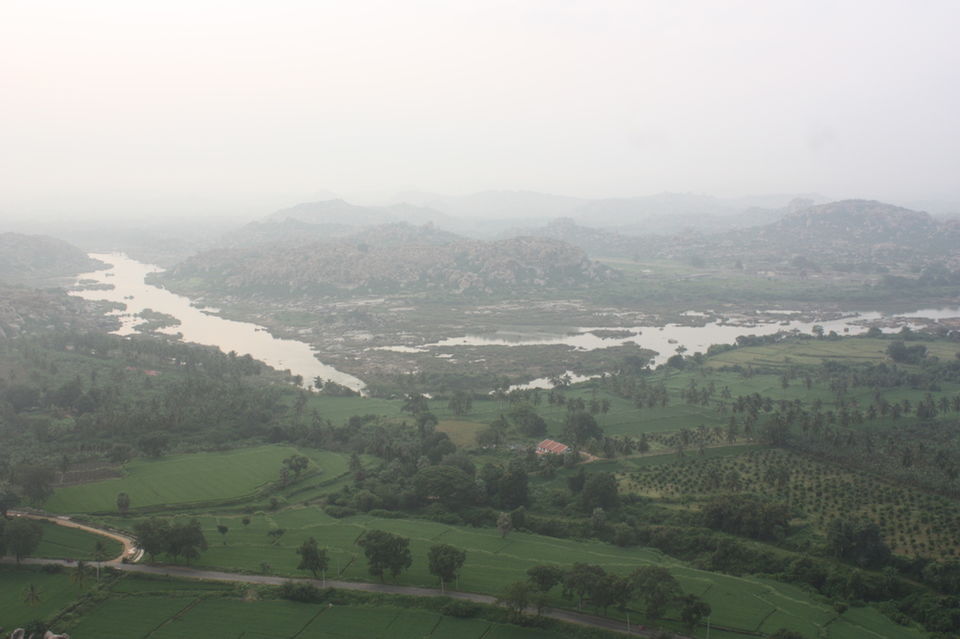 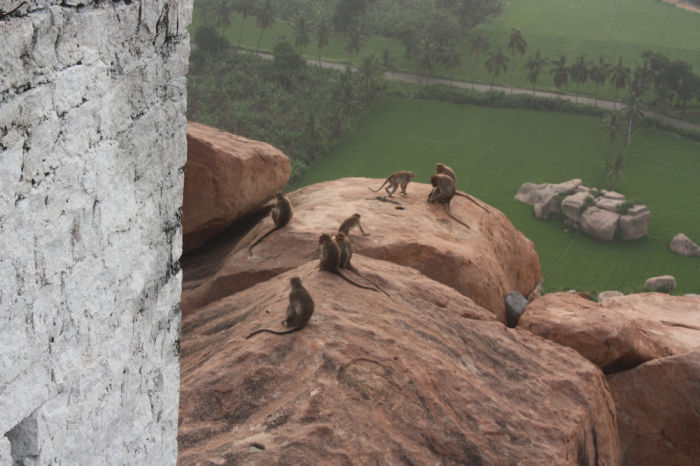 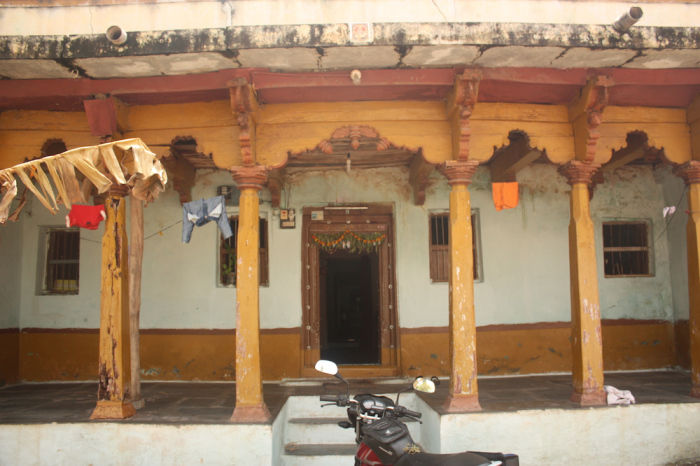 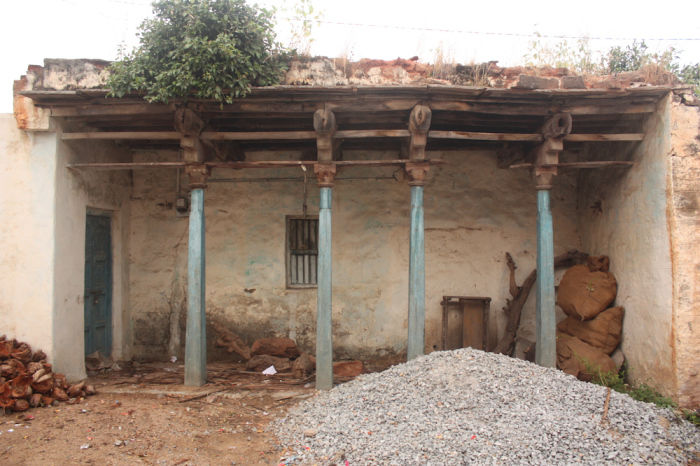 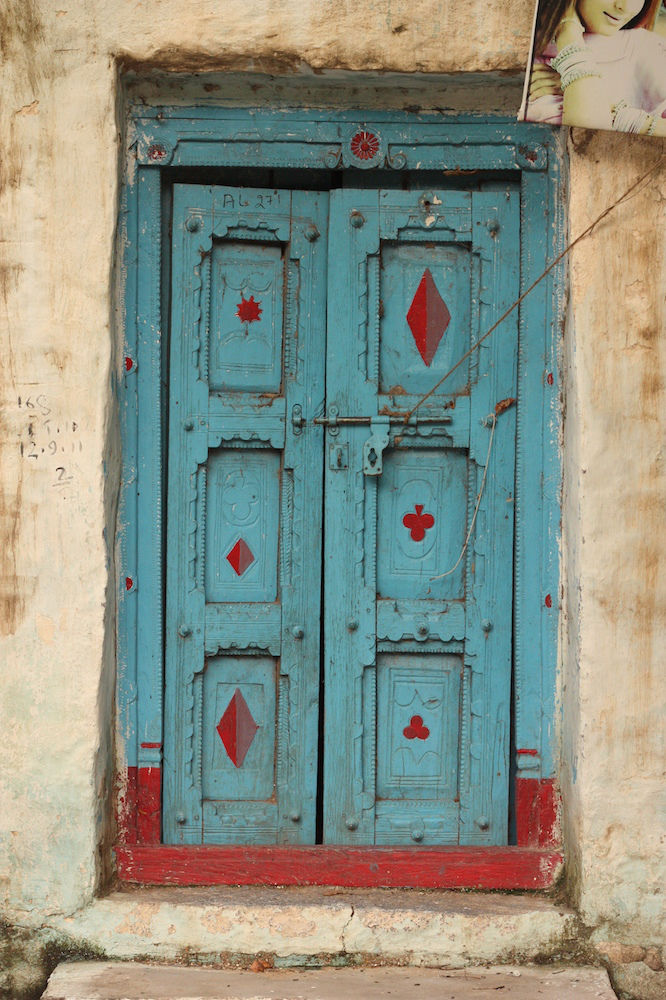 The turn of the highway was just before the toll-road and my husband and I debated whether it was the right one, but with no mobile network to confirm, the satellites directed. We were bang in the middle of our 10-day-long road-trip from Mumbai to Karnataka. Earlier in the day, we had left Aihole and its 125 odd heritage temples strewn all over the village with a nonchalance acquired from living and breathing ‘heritage’. We were now making our way towards Hampi. The highway, like any modern roadway, was bereft of atmosphere, sacrificing small towns and wayward roads for six lane speedways. While it makes travel smoother, and I’m a strong supporter of that, I must also say that the best part of the drive began after we turned away from the highway towards Anegudi.

On either side of the road, piles of granite rocks, smooth testaments of nature’s weathering skills, lay in random hillocks with green paddy fields stretching their fingers, almost as if they would swallow the rocks. Man’s march over nature. Who wins? After crossing a railway track, we drove alongside the Tungabhadra River. At a bend, there were tall stout stone pillars that stretched across the river. What are these structures? Gateways? Answering all my questions was a small name board—'aqua-ducts'; ample evidence of the engineering prowess of the Vijayanagara Empire of Hampi. Further down, a small ancient gateway led into the town of Anegudi, stamping the quaint charm that would soon envelop our three day stay there.

We made our way through tiny roads with whitewashed buildings on either side, and wooden pillars along the verandahs. We were the only car making our way down those roads. It felt like we were walking through another time, when maybe this little village was more than what it seemed today. Anegudi’s current claim to fame comes from its illustrious sister across the river, Hampi but Anegudi itself is believed to be more than 5,000 years old, and makes a grand entry as the capital of the monkey kingdom of Kishkinda, from the epic of Ramayana. Thousands of years later, during the Vijayanagara empire, this was where the elephants of the Kings were kept, giving this town its name—”elephant pit”.

The next morning, after breakfast, we walked to the Tungabhadra River and took our first ferry across the river. The river is narrow and is easily crossed in less than ten minutes. The day was spent walking around Hampi, ogling at the gorgeous rock cut temples, falling in love with them, talking to little kids who were selling knick-knacks outside the heritage sites and drinking lots of tender coconut water. As evening settled comfortably over Hampi we felt satiated and caught the ferry and made our way back to our hotel. Three days passed in similar fashion, mornings were spent in Hampi and the afternoons walking around Anegudi. We even hired our own moped from Anegudi on the second day and took it on the ferry to Hampi. All that was missing was a rolled up lungi, otherwise it was picture perfect. On the third morning, we walked about the town with Siraj of Uramma Heritage Homes where we were staying. He showed us the Royal Palace, that was under renovations, and we visited the banana fibre cottage industry workshop. With just a few main roads, and lots of smiles exchanged, a few more days and we would belong to Anegudi. We took the tiny lanes between houses, peeped into them, chatted with locals, smiled at the kids and visited all of Kishkinda Trust’s renovated village homes, each of them more beautiful than the other.

Hampi is a must-do and the tall granite temples made me feel dwarfed, like I was walking through a land of the ancient giants. But the town of Hampi is touristy and jammed with guesthouses that pour into each other. Hampi Island, a backpacker’s haven, is possibly an option. With its cafes and restaurants, geared for the foreign tourist’s expectation of India, Hampi Island didn’t leave me salivating, either for the food, or for the place. It was dusty, and looked like a place whose time was long gone. Its sole charm—the view from the riverside cafés. After lunch at Hampi Island, we made our way back to Anegudi patting ourselves for our choice of setting—an ancient village that seemed closer to what Hampi might have been like in its heydays. During one of the walks about the town, in front of one of the restored homes stood an old village home. Dilapidated and ignored, nature had claimed it for its own, yet there were the remnants from the past, the wooden pillars, small windows. On a whim, my husband and I turned to each other and said, should we? I asked Siraj if it was for sal And I drove back to Mumbai making plans of setting up a guesthouse in Anegudi. But months later, like all whimsical plans, that one was cremated without ceremony. Today I’m sitting at my desk thinking about that charming Anegudi, a small village-town, a gateway to the past. So, if you’re visiting Hampi anytime soon, stay at Anegudi. You won’t miss the atmosphere of Hampi and will get the added non-touristy charm of Anegudi.

Stay:
Uramma Heritage Homes: Kishkinda Trust runs a few restored heritage homes under the brand name Uramma Heritage Homes. They have some of the best properties at Anegudi, each of them more earthy than the other. There are a range of rooms to choose from: from a bed with shared bathroom for Rs. 750 to a separate cottage for Rs. 3500 for double occupancy. Rates may differ across the year.