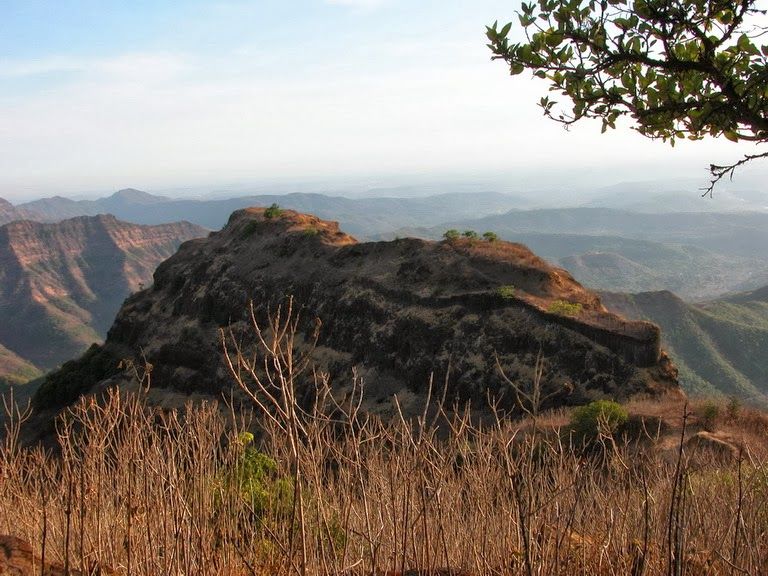 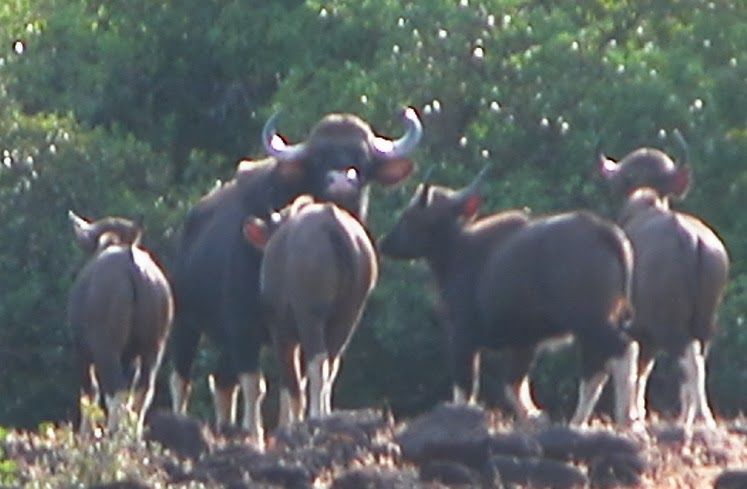 Area map by late Arun Samant for "Trek the Sahyadr 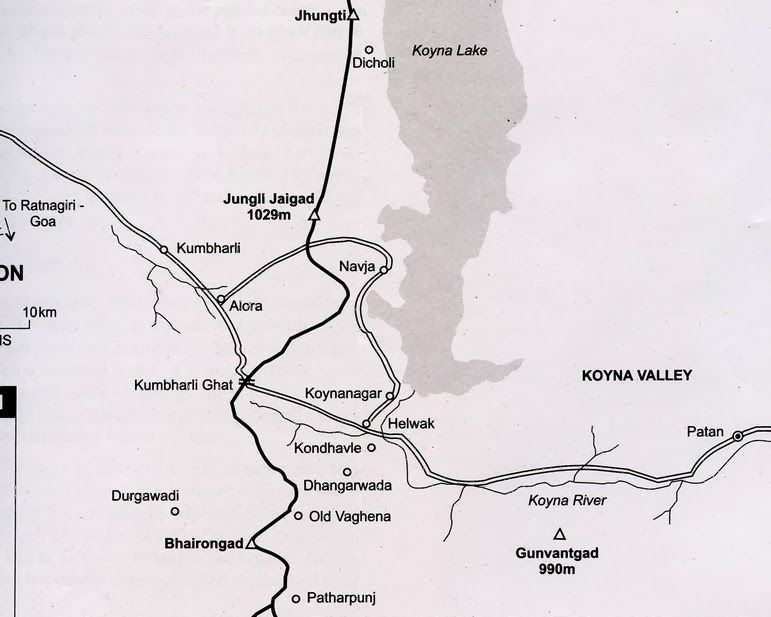 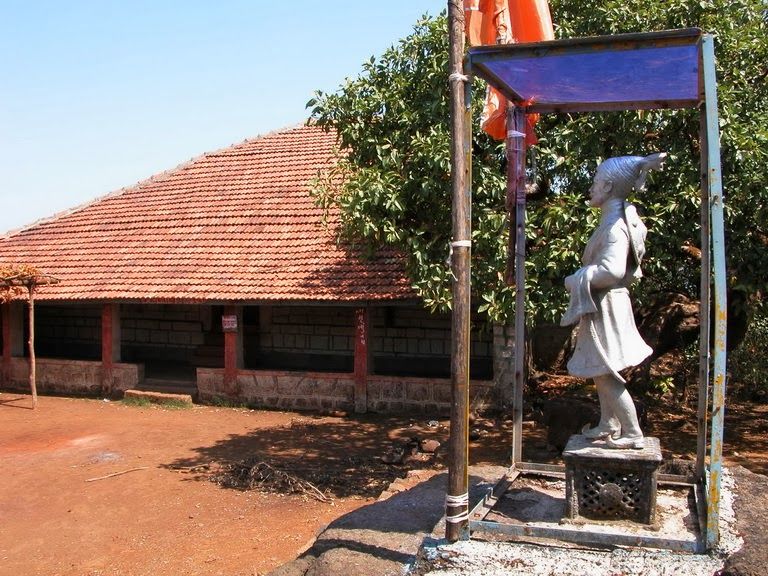 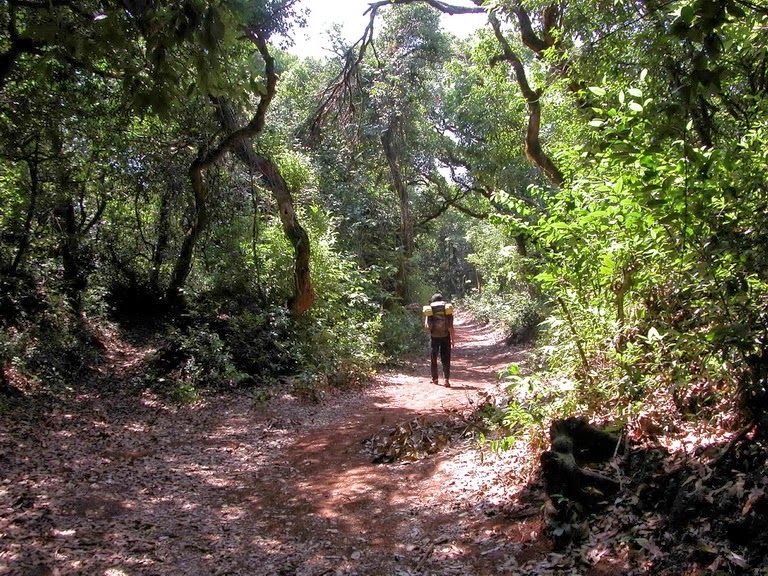 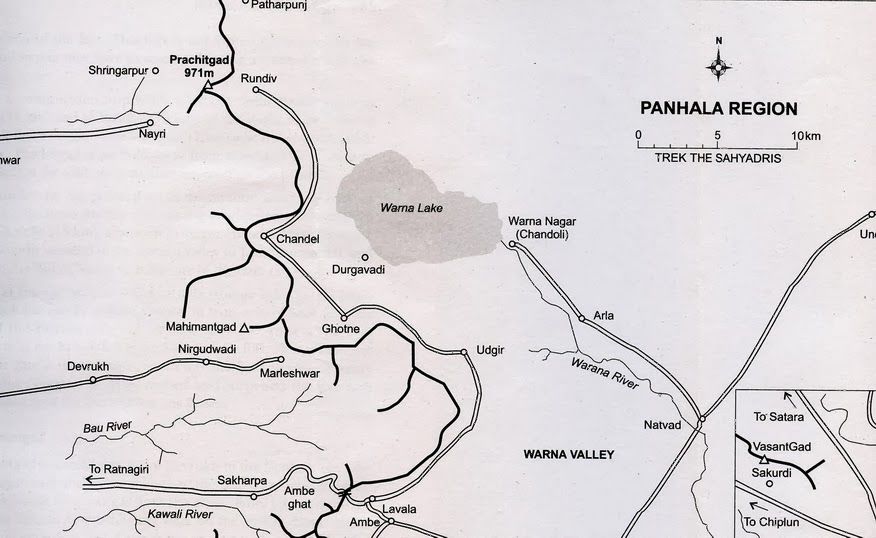 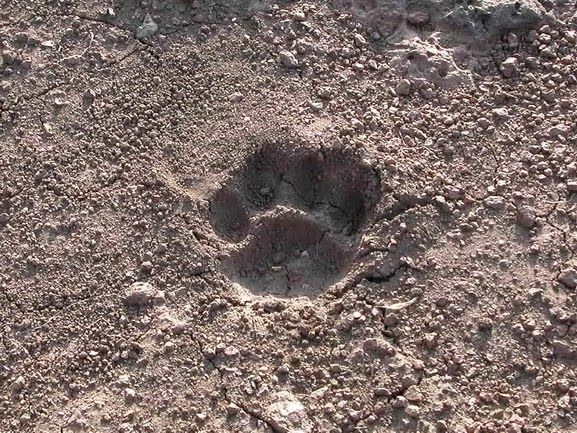 Ashok poses at the shrine on Prachitgad 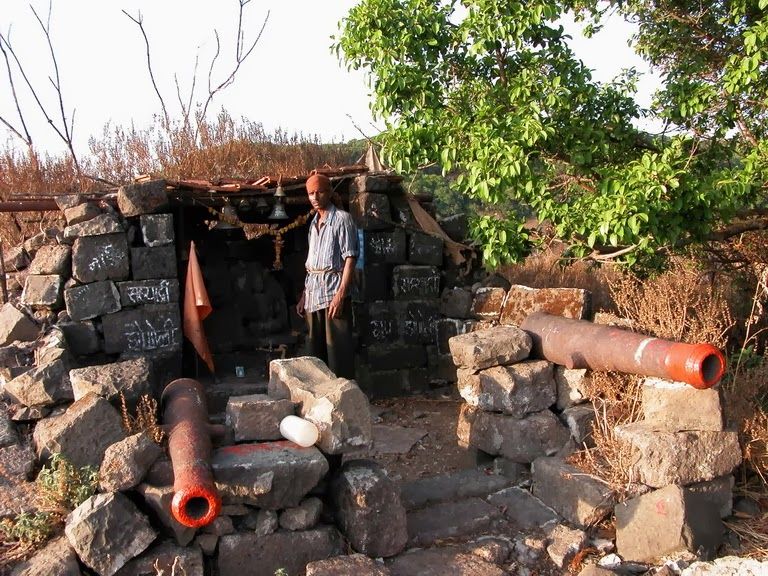 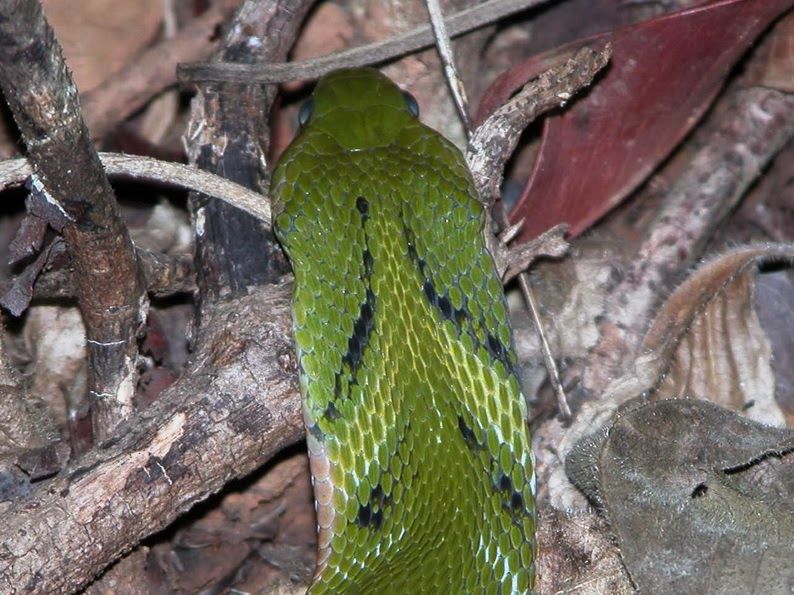 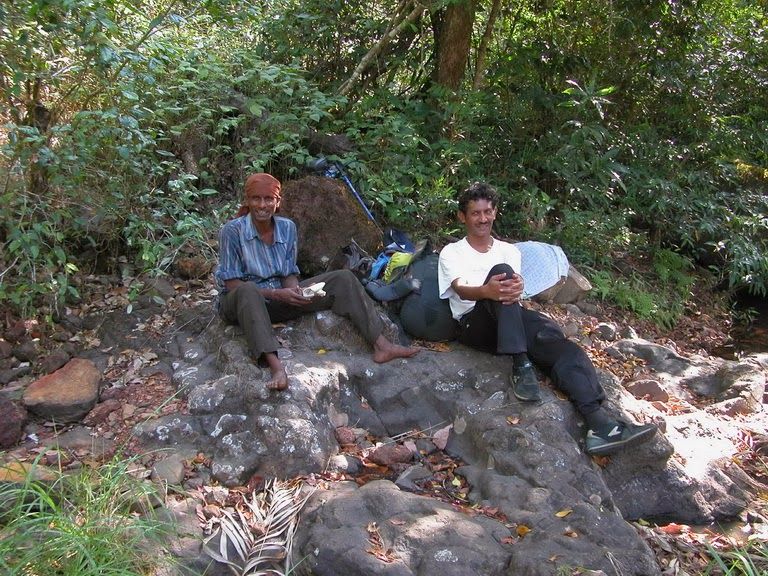 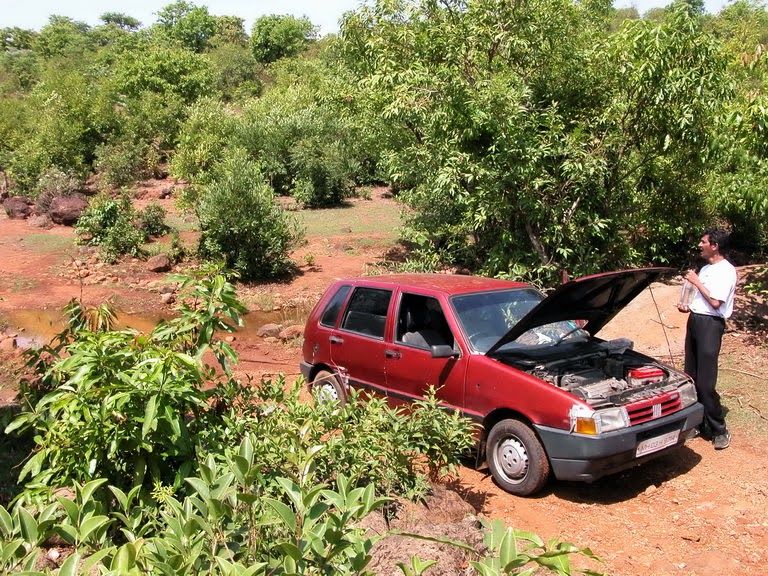 Woman at Patharpunj spreading grain to dry in the 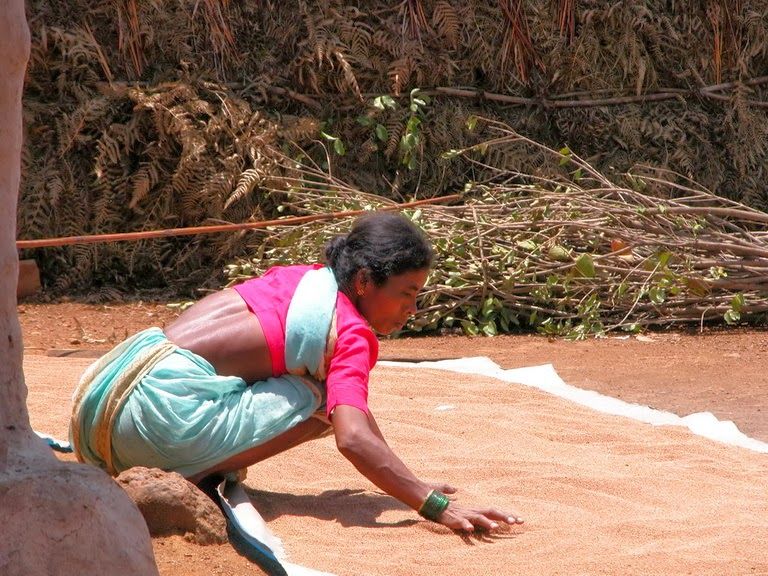 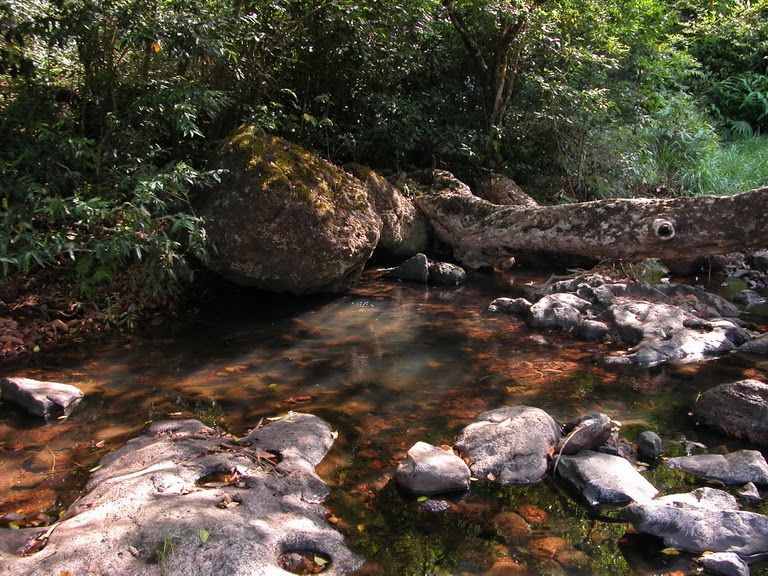 Ashok signalled us with his hands, and we stopped in our tracks. The afternoon sun was pleasantly warm on our backs as we sank to our knees. Ashok, ten yards ahead of us, motioned to us to be quiet as he retreated.

"Gaur!" he whispered when he reached us. The three of us slunk into the fragile camouflage of a thorny bush. Less than a hundred yards away was a herd of Indian Bison grazing. Their default leader had already sensed us and was sniffing the air, trying to pinpoint our position. We were nervous as, if they decided to charge, we didn't stand a chance of outrunning them and would have surely been trampled to death by their collective hooves. At the same time, the urge to take a picture urged me to poke my little camera through the gaps in the bush and press the trigger repeatedly, hoping that I would get at least one decent shot. I got my picture, but it was far from satisfactory. But I had reason to be pleased because, after hiking for nearly three decades in the hills of the Sahyadri range, this was my first significant encounter with a major wild species. I had seen leopard scat on the cliffs below Basgadh and bear claw scratches on the trunk of a tree in the forests below Vasota, but never really encountered the beasts. The thrill of encountering wildlife in their domain is always unique.

Franklyn and I were hiking towards Prachitgadh, south of the Koyna lake, with Ashok Chalke from the village of Patharpunj as our guide. We had reached Patharpunj the previous afternoon after a long drive from Mumbai. We had spent the night at the peaceful temple of Bhairongad, a few kilometers from the village along a delightful trail bordered by wild Jamun trees. It was the last week of May, and the trees were laden with fruit. We plucked the cobalt blue berries as we walked and popped them into our mouths. This was another advantage of hiking in the wide swathe of forest and woodland that extends south from the Koyna reservoir all the way down to the Dajipur Bison Reserve.

The coolness that enveloped the dappled shadows in the forest contrasted strongly with the northern reaches of the range that at that very moment were sweltering under the pre-monsoon heat and humidity. The only moisture here was the nervous perspiration that was beginning to form on our foreheads and necks as we waited for the bison herd to disperse. We breathed a collective sigh of relief as they turned their backs on us and disappeared slowly into the jungle. A hundred years ago, an experience like this might have been fairly commonplace in the forests that still covered ample parts of India. But this was 2005 and wildlife was rarely glimpsed while hiking in the Sahyadri unless you were within the controlled confines of a designated preserve (where, most often, entry was restricted and walking was not allowed!)

A few minutes later we came across the pugmark of a big cat. There had been some rain a couple of days ago which ensured that the wet mud had captured the imprint. Ashok insisted that the pug mark belonged to a tiger. It was between six and eight inches across, so we tended to agree with him. With a good supply of young gaur in the forest, the tiger was in the right place.

To reach Prachitgadh, the trail descended from the edge of the plateau before climbing to the detached fort. Seeking to refill my water bottle from one of the cisterns carved into the rock, I was about to dip it into the cool liquid when Ashok stopped me.

"Listen carefully," he said. "Do you hear that sound?"
"What sound?" I countered.
"There is a creature that lives here, in the dark recesses of the cave that forms the inner part of the cistern. I just heard him, sighing like the wind."
"Perhaps it is the wind," I said, for I could not hear anything out of the ordinary.

Ashok shook his head at my skepticism and let go of the subject. That night we slept next to a beautiful little stream, talking late into the night over a fire made with the ample dead wood lying around.

In the morning, I hiked down the rocky bluffs of the stream and found the perfect spot to answer nature's call. While thus engrossed in the rituals of my personal hygiene, I happened to look up. The unblinking yellow eyes of a Eurasian Eagle Owl staring back at me

On our walk back through a wooded section of the trail, a braided beauty surprised us; it was a green keelback that posed obligingly for my camera before slithering away into the leaf litter.

As we negotiated the bends of the Kumbharli Ghat road in the late afternoon, a flaming red vision filled the windscreen: it was a Gulmohar tree in full bloom, providing the perfect ending to a perfect outing.

This trip was originally published on The Accidental Hiker.