We Indians are famous people. Once upon a time, Aryabhatta introduced Zero to the world and everything changed. Now ZFM is introducing Ziro to the world, and trust me, it's a destination of a lifetime. Nestled amongst the Pine Forests and Paddy fields, bright sun and hovering clouds, Ziro, is the place to be in Septembers. 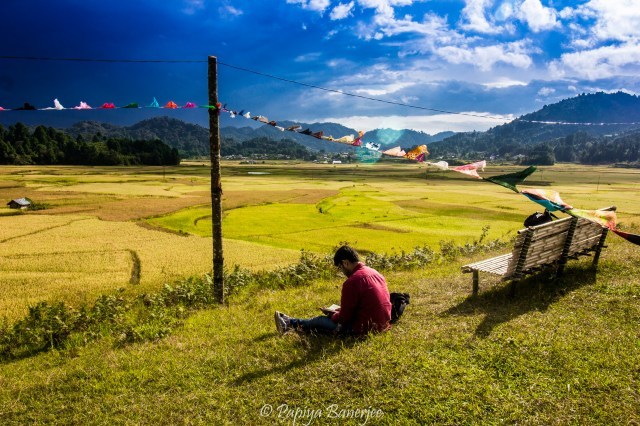 What 's the Fuss all about?

ZFM is an annual Festival of Music which celebrates Music, Food, and People. Firstly it's an Offbeat destination and has all the yearnings of Sunburn & a Tomorrow land. People like me who have never attended a Rock Concert barring seeing our own legends in the likes of Jagjit Singh and Daler Mehndi or maybe the closest in our childhood to a band - Euphoria, was in for a surprise.

The mere thought of Classical Rock, Pop, and Alternate Fusion sent waves of Unfamiliarity and pangs of guilt for wanting to be a Wannabe, know what I mean? 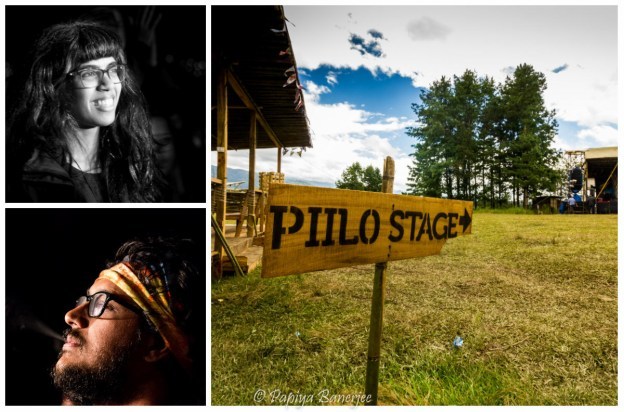 Anyways, set in the environs of lush green paddy fields, surrounded by thick pine and bamboo forests, the music fest happens over a period of 3-4 days and the first evening being FREE for all locals and anyone who wishes to attend. The performances are divided into two stages - the Day Stage and the Night Stage called Daynii (Day) and Pillo (Moon) respectively.

Well sure as hell it was tough for me to understand how can one tolerate so much music for 4 consecutive days, without a break?

Surprise..surprise.. the first day was the most difficult to manage since you are either tired, hungry or both. What I understood was, you need a Perspective, to don a different hat in order to enjoy your surroundings. Leave behind your inhibitions and stop Judging. Then my friend you will truly enjoy the entire scene.

Ziro never repeats its artists. All are new, upcoming, Indie, barring a few International Bands, mostly the focus is regional and Indian newcomers. And boy oh boy, do they delight...?

Hell yeah, they do.

After listening to bands like Koloma, Yesterdrive, SKRAT, Reverse Tragedy, Divine, you will be shouting your lungs out and wondering why did you ever think Yo Yo's of the world and Badshaah's ever made music?

Bands were diverse and too many. From Gangtok Lepcha based Folk Fusion band, Sofiyum to Israeli-Rajasthani based The Rajasthan Express to the soulful stirrings of No Strings Attached and Dawda Jobarteh from Africa.

Not even a single band went away without producing "Once More". These guys sure know how to keep everyone on their toes. 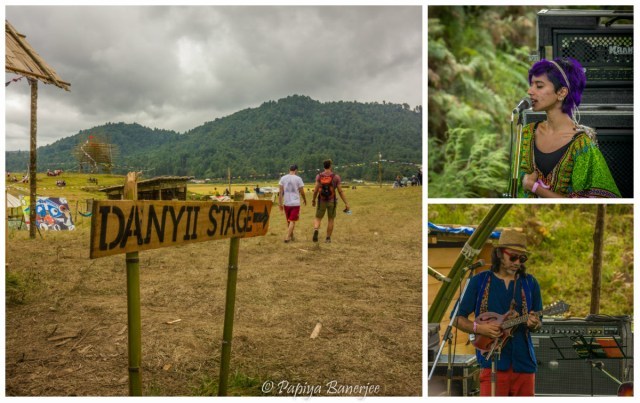 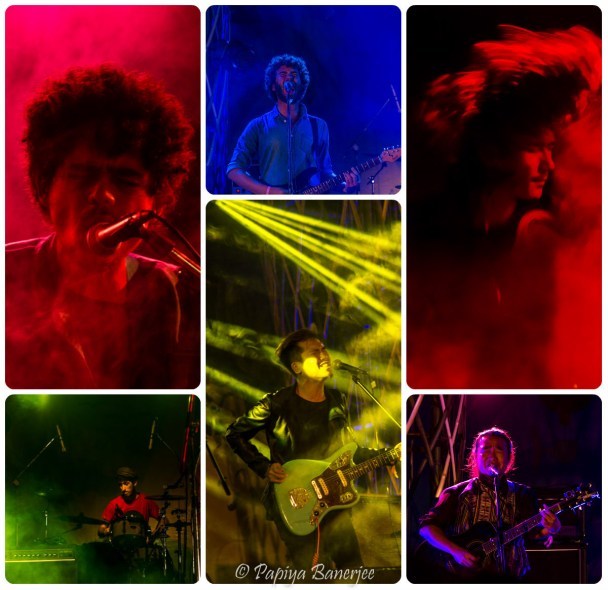 The idea of attending a proper Music Festival for 3 days that too in a remote location like Arunachal Pradesh, which would mean we needed to take on an arduous journey, that too during monsoons! Oh and yeah amongst "mostly" Teenagers and not to forget "Single" youth of today. And of course set up a tent under very very rough conditions.

As scary as the thought was for a 33-year-old married couple to take this journey towards the North East, and set up a camp, to hear Music bands whose names evoke no feelings of familiarity, we decided to go ahead because YOLO.

P.S: We were NOT the oldest in the Fest; we met this awesome 60+-year-old Handsome Young at heart Surgeon from Max Delhi, who came with his Son to the fest, 'cause he loooooooooooves music and his only condition to come on this trip was to not bring the wife along ..... we ROFl'd like crazy.

The Journey to Ziro

The Travel was TOUGH. Period.

We took all modes of transport to reach Ziro Valley. Flight to Guwahati. Overnight Train till Naharlagun. Four hours further Taxi from the treacherous mountain roads to reach Ziro.

The best part was just after reaching Guwahati, we met a group of complete strangers who were as diverse as our country. After some chit chatting over Food and Special Beverages ???? we even found time to have an awesome Assamese Thali and take a ride on the Mighty Brahmaputra.

There is only one train from Guwahati to Naharlagun, and needless to say, it should be booked way in advance. The train is mostly occupied by the Y generation dudes and dudettes (if that's even a word) with heavy backpacks, trekking shoes, and cool clothes. All seem to be headed towards Ziro.

This way you not only remain entertained during your Taxi ride further from Naharlagun to Ziro, but also share the cab costs and gain some new, cool, hilarious friends.

Roads, well here things started getting bad. The terrain is not that tough but there are practically No roads at all. Huge Landslides, due to the weather and extremely treacherous roads due to mud and sludge. People with motion sickness, be very well prepared. It's a Bumpy ride ahead.

There are many small shops in the way, where you can get your quintessential Maggie and Chai. 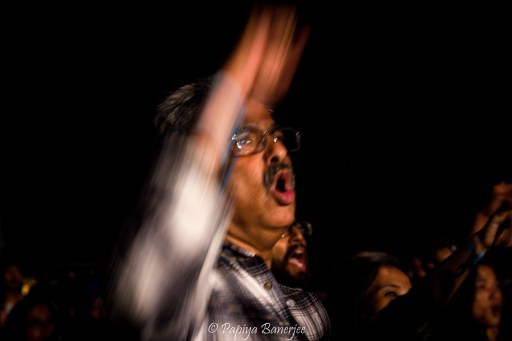 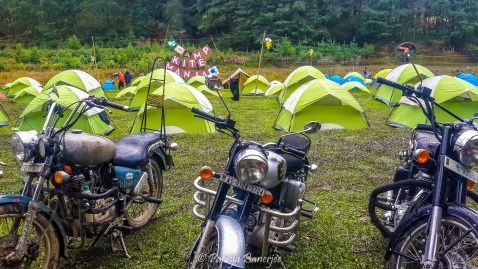 It takes around 4 hours to reach Ziro. And it's a BEAUTIFUL journey.

In order to enter Arunachal Pradesh you will need ILP (Inner line permit) from the govt.

You can try your luck and apply Online. (Mine is still showing processing, even after my journey is over)

Or you can apply to your nearest Arunachal Bhavan and get your ILP sorted in a day or two. Costs around 200-400

ILP can be procured at the Naharlagun station also easily, though you might need to stand in a very long que.

Tips to make it better:

The Dawn of Reality

Imagine yourself, lying down on the wild grass, on a hill top, clouds hovering over you. A breezy morning with a bamboo tumbler in your hand filled wth Rice beer or maybe a Plum wine, all produced locally. And then your senses are overwhelmed by the soothing soft music and soulful voices coming off the stage. Pleasant enough to lull you to sleep. This is exactly what happens in the Day Stage at ZFM also called as the Daynii Stage. 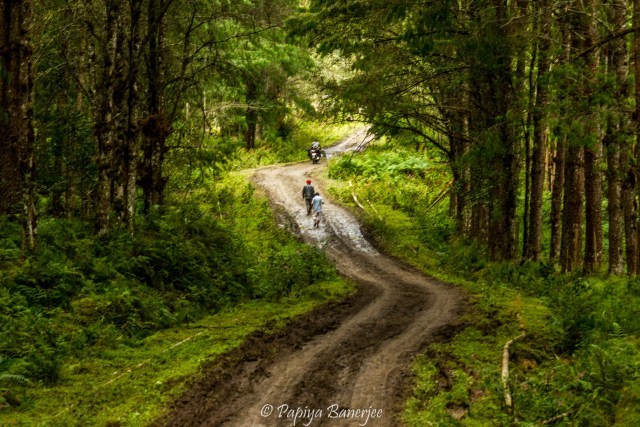 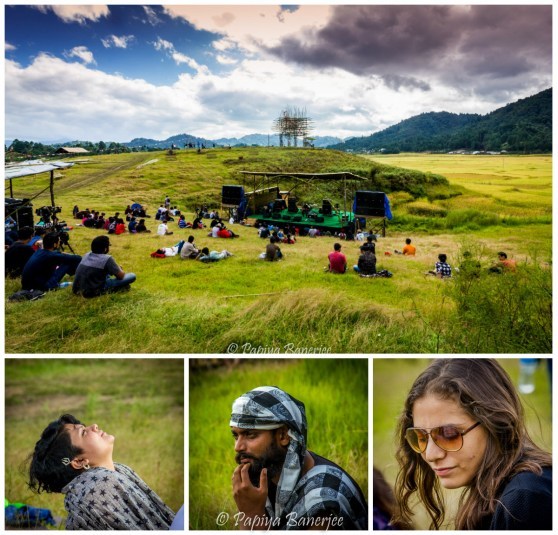 Come evening and you will be enthralled by Laser lights and very very wet and muddy grounds where your foot will automatically stomp the grounds, since by now, you are high with all the local wine you have had and your fellow companions enthusiasm which is truly infectious and is all around you. Not to forget the night stage introduces you to Alternate Metal, rock and Fusion music. These artists were a different breed all together.

Do whatever you wish to. Sit. Lie down. Jump, hop or read a book 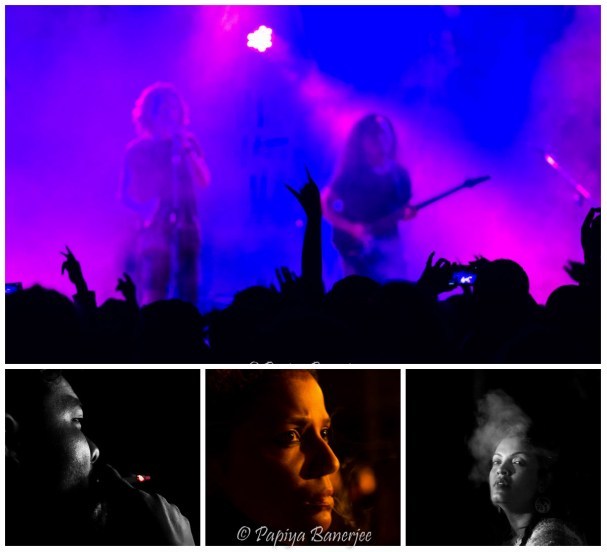 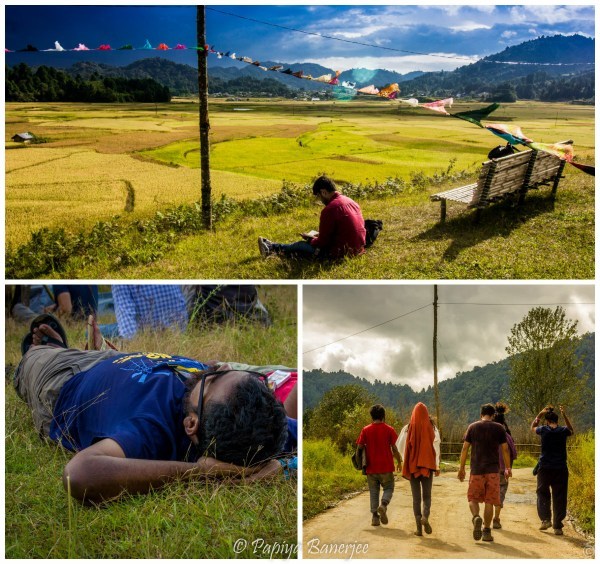 As you grow old, it becomes more and more difficult to make friends.... Says who? In ZFM we met people who belong to a rare breed.

Everyone is high. High on life. High on Love. High on Music.

Mostly Youngsters, Hippies and Nomads make this a better place to be, however occasionally people like us, married, 30+, not single, but ready to mingle and absolutely adorable make others look towards life in a positive way too.

We were glad to be amongst people who were Happy, friendly, NonJudgmental, well behaved, educated, crazy music lovers. Every one you bump into will smile at you, offer their "Manali stuff" or plum wine or rice beer or fried frogs (yeah that too) and not even know your name. Since mostly are camping in tents together, you tend to grow a bond and just be in each other's company. No hanky panky for those who don't want it. We chilled with people of all age groups and we actually created a lot of buzz for being the ONLY married couple.

Oh and if you are daring enough, try their Local delicacies of Smoked Frogs, Grasshoppers, and Bison.

Note: The Festival has strict NO DRUGS policy and there are cops everywhere to check the same.

The Artists, who jam like crazy on the stage, are just like you and me and mingle along with the crowd.

This is one of those places where you can totally be and chill out.

North East India is famous for its unspoiled beauty and that's exactly what we experienced. Serene, calm, unparallel beauty; wild Grass growing everywhere. Imagine a vast expanse of green, cool breeze, drizzling rain, hovering clouds and you lying down on the grass, listening to music.

Imagine, getting out of your tent at 5:00 am in the morning, feeling alive, breathing in the fresh air, green everywhere to see; birds chirping all around you.

Yeah, that's exactly how we felt, every single day at Ziro. Bliss. 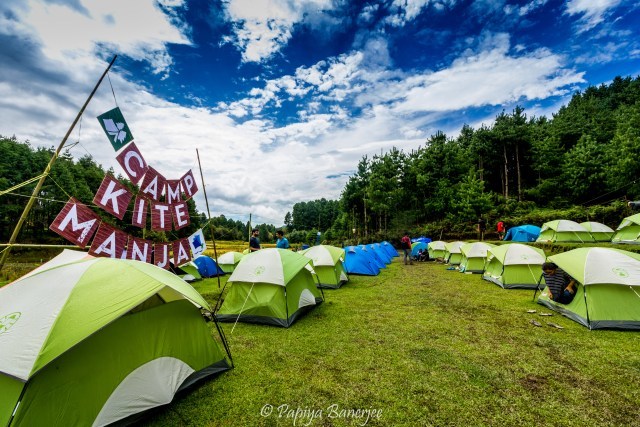 If you have never done camping, then be prepared for mud, sludge, leeches, insects and what not. It's a tough life out there Bro. But what fun.

The tents were small and cozy. Bathrooms were eco-friendly and scary (what with spiders and leeches all around) but dude, you can survive.

Just choose your Campsite carefully. The one where we stayed in wasn't up to our expectations (Kite Manja) The management was negligent, and there were just no roads to reach the camp. No lights as well.

Anyway, the best part was there was hardly any phone signal too. Even if you get some, you would find it difficult to Charge your phones.

You are out in Wilderness dude.

We used to have Jamming sessions, the whole night, what else would you do when you meet a bunch of extremely talented Assamese with a guitar? You Jam.

Tips and Tricks of Camping 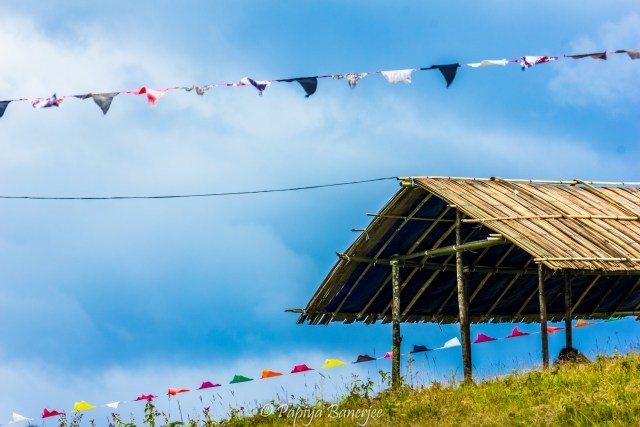 Where and When does it happen

Ziro is a small town in Arunachal Pradesh and is in competition to be named a World Heritage Site for its surroundings and the only existing Apatani Tribe in the world. It is also home to the Asia's second largest Village - Hong.

Ziro Festival of Music takes place every year around September. This year was the 5 th edition of the music fest.

You can check out their website for more information as well as to be in the know of Super Early Bird Tickets to the fest.

So if you plan to visit Ziro next year, drop in a message, maybe I'll come along.

Also, keep a lookout for my next article on the Apatani Tribe, the only one of its kind existing in the world at the Second largest village of Asia, Hong.

Till then, stay curious peeps.

The blog was originally published on 'Curious Foots'

SPONSORED
Want to book a similar trip?
I accept the Terms of Use and Privacy Policy of Tripoto.
SPONSORED
Related to this article
Weekend Getaways from Ziro,Places to Stay in Ziro,Places to Visit in Ziro,Things to Do in Ziro,Ziro Travel Guide,
Tagged:
#Ziro#Lower Subansiri