Hopping Around Central Scotland and the Highlands 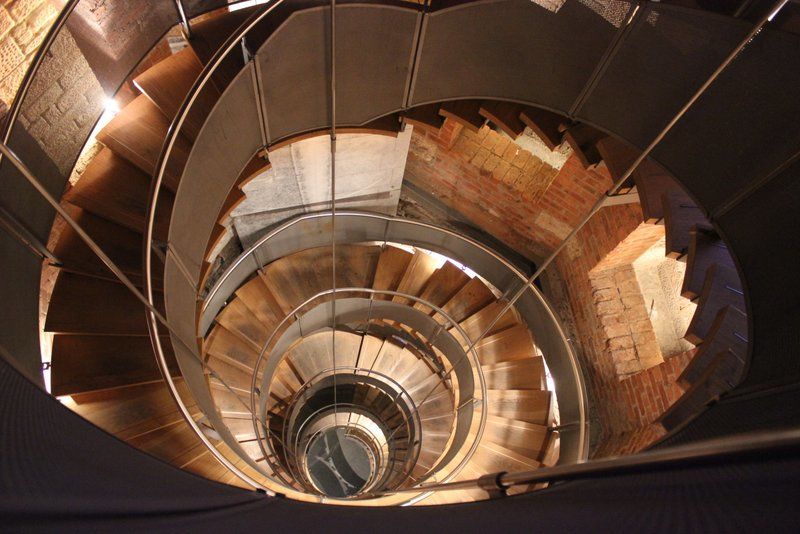 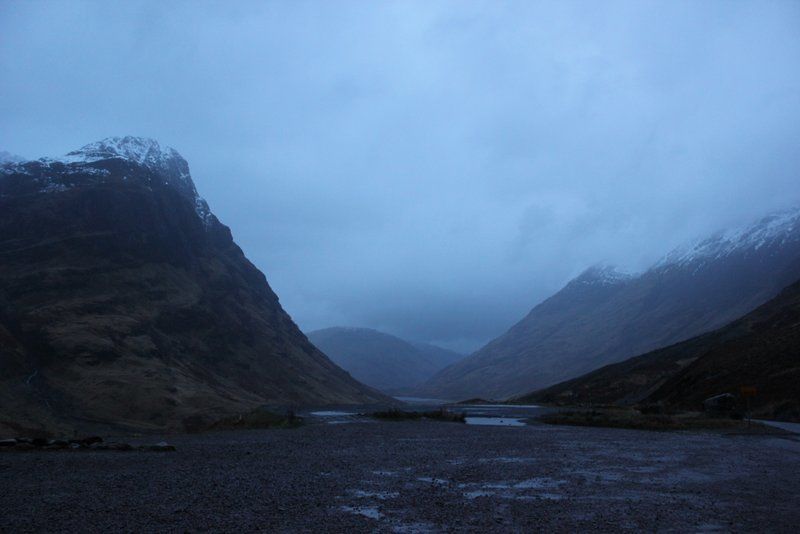 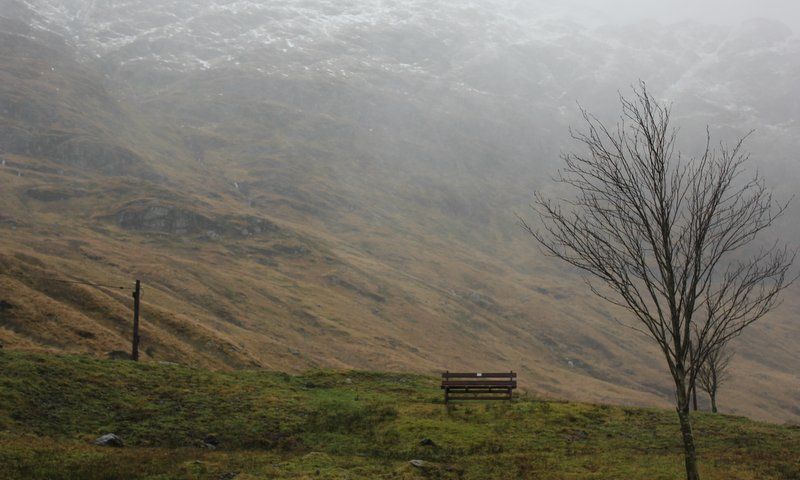 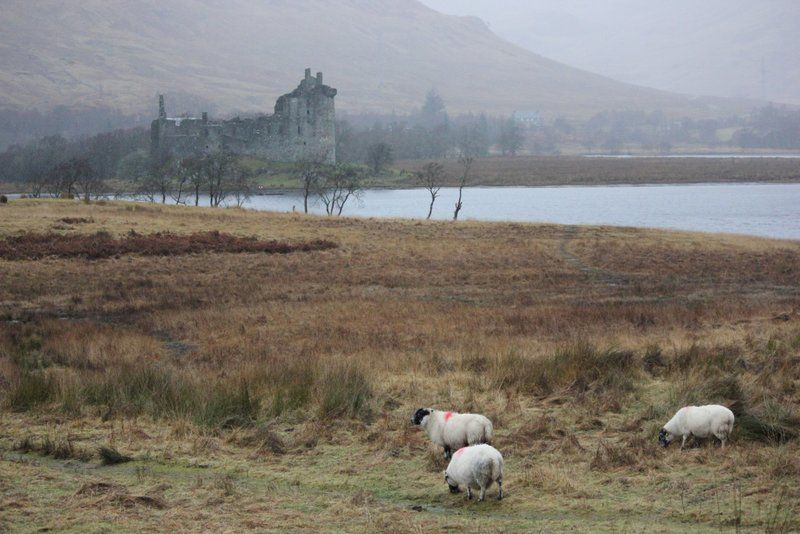 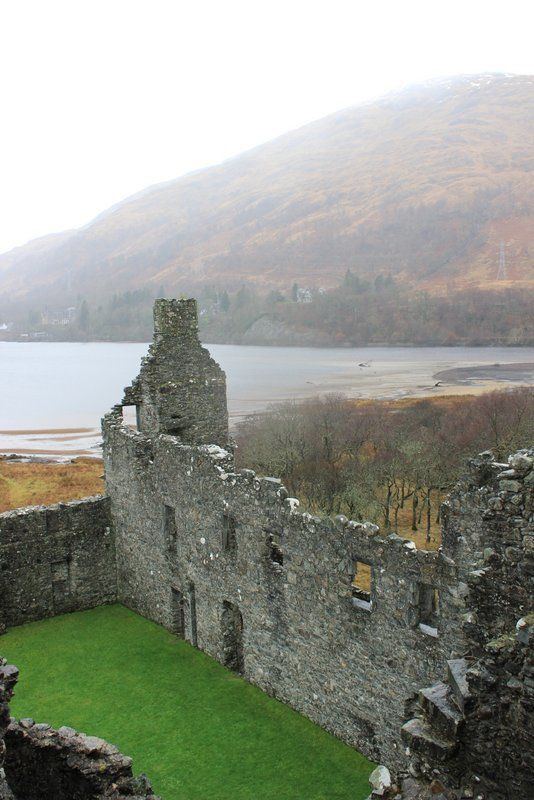 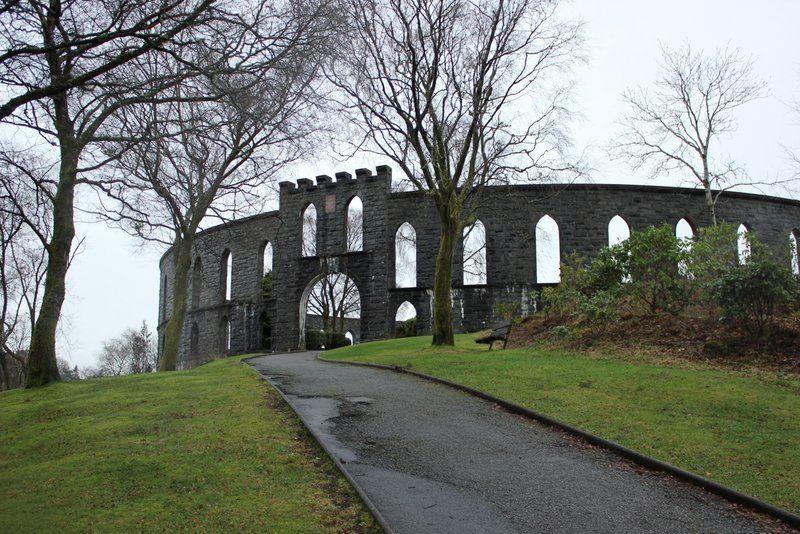 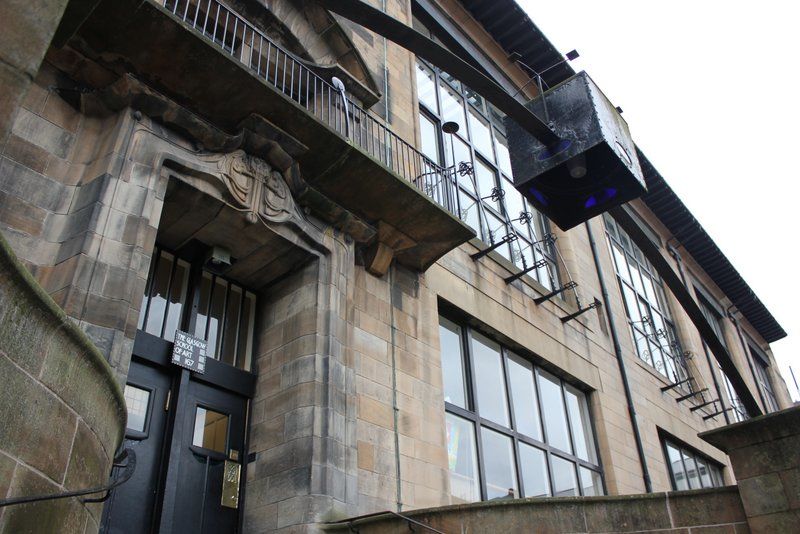 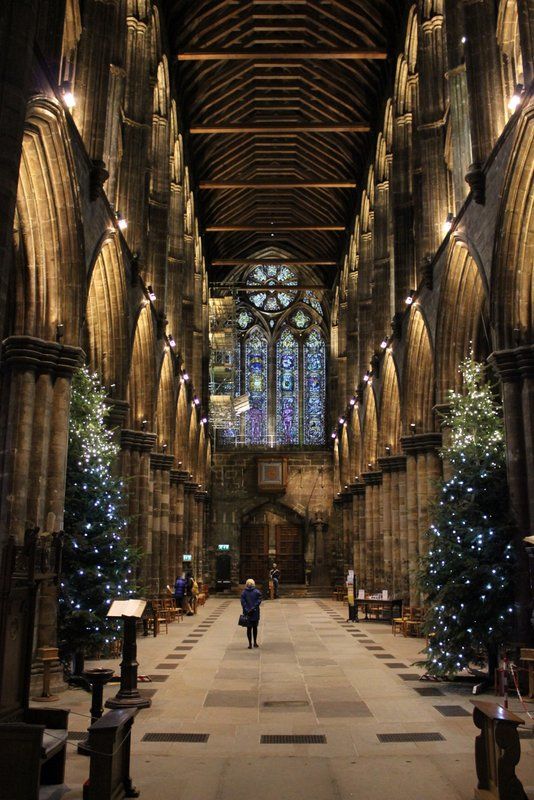 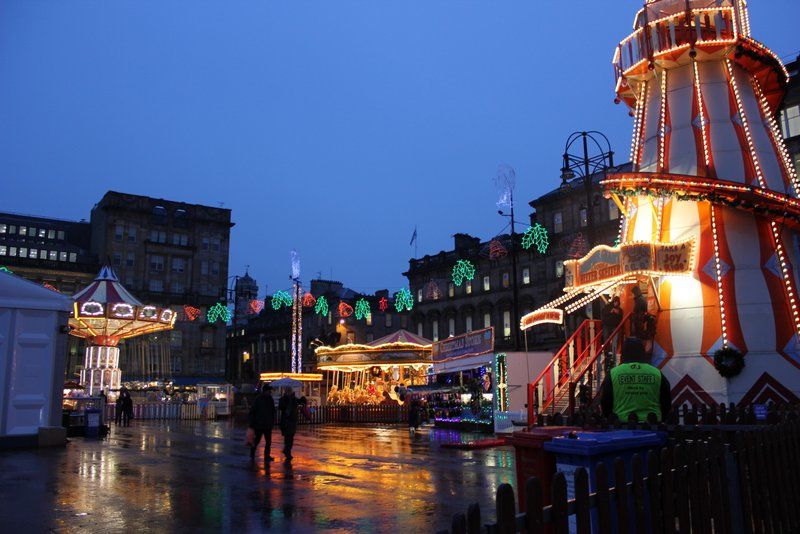 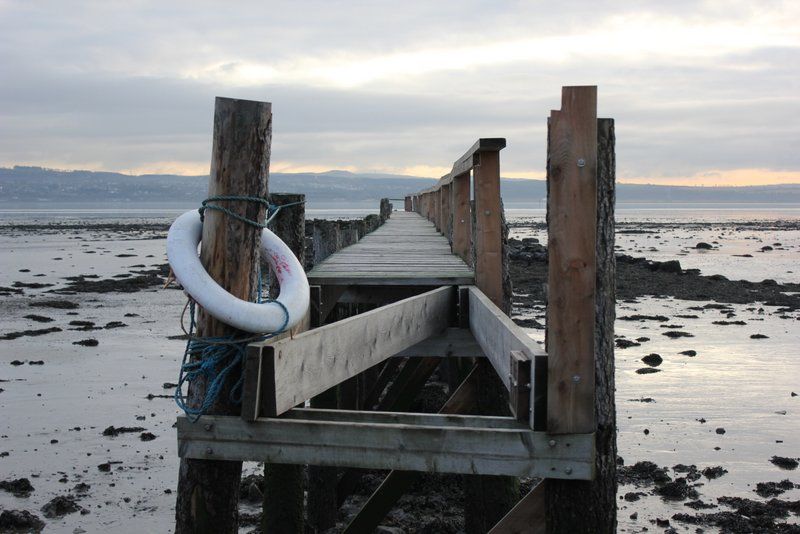 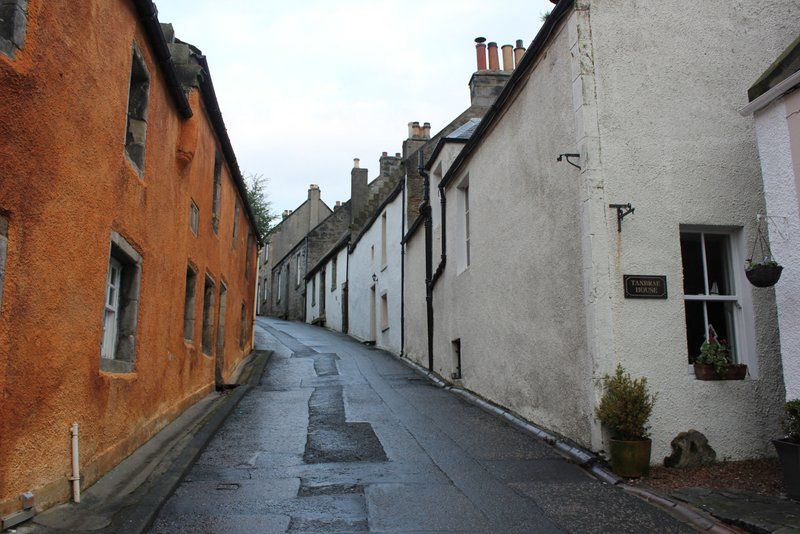 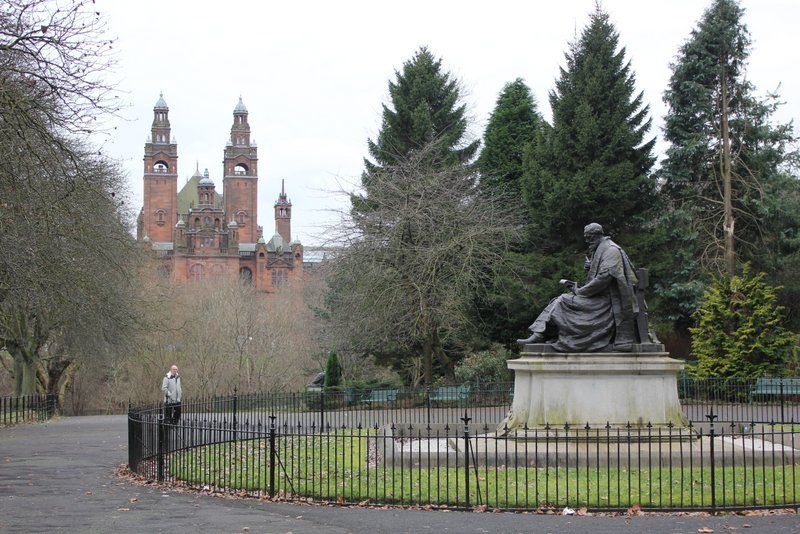 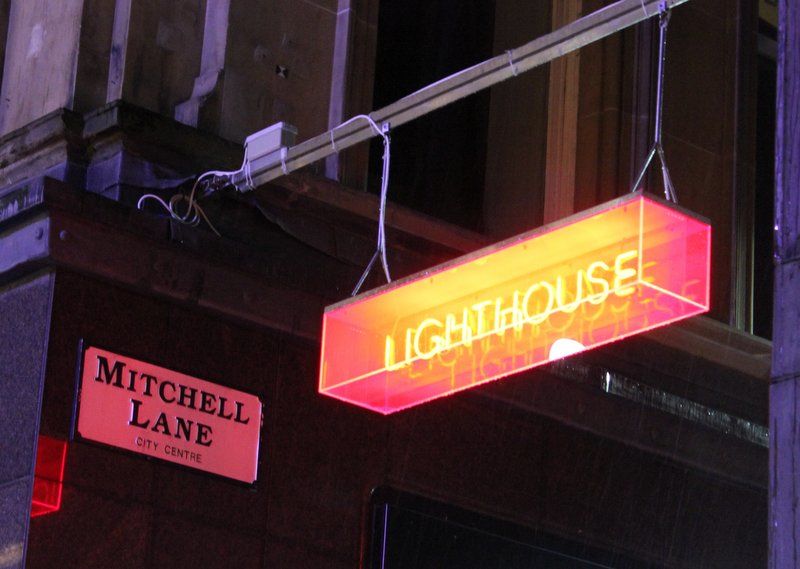 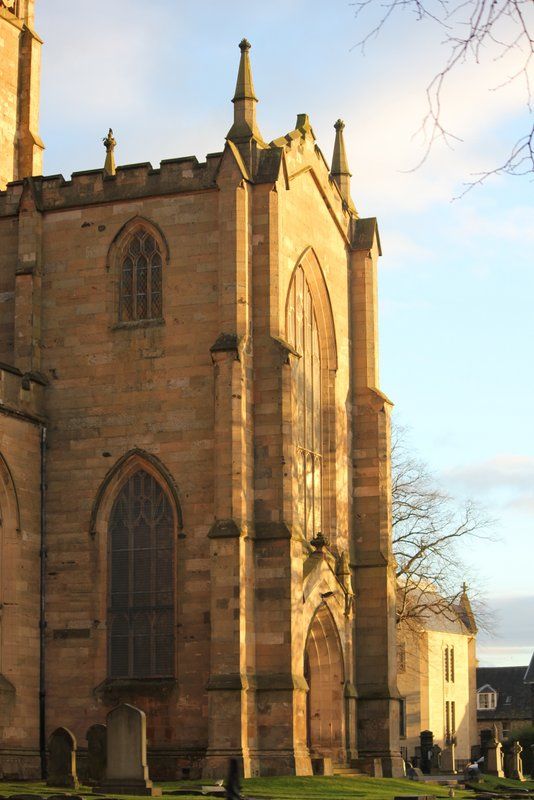 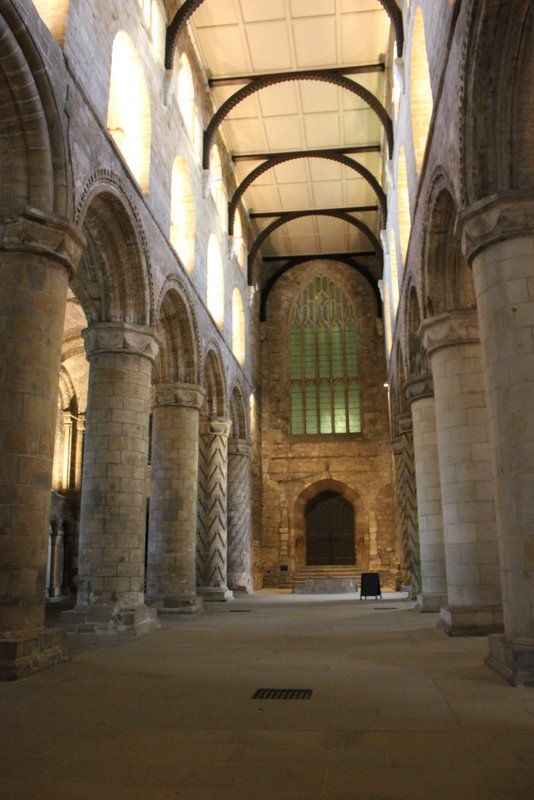 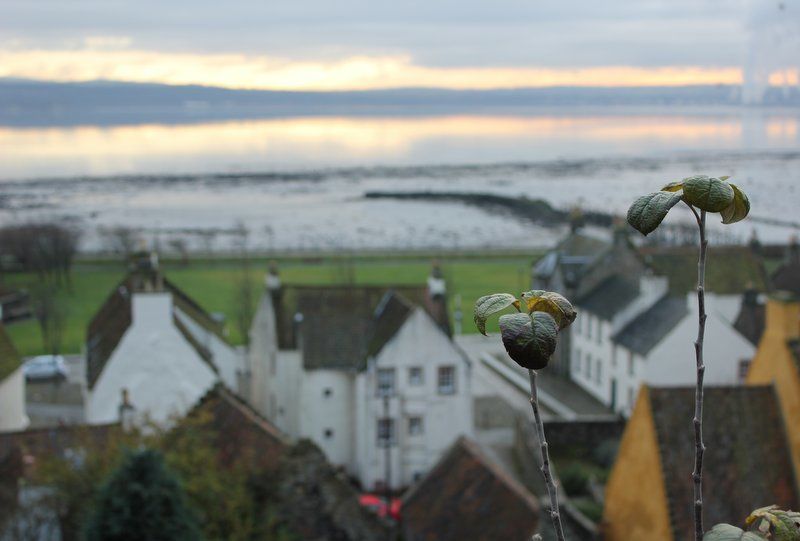 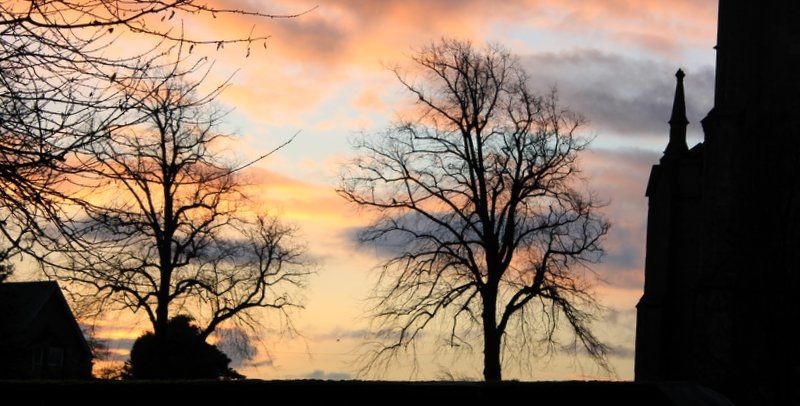 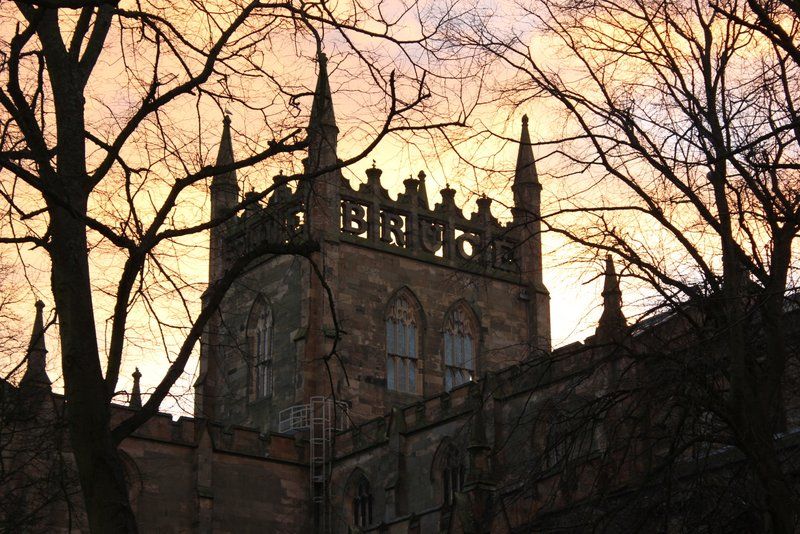 When I found out that I had a few days after my last final but before my flight, I decided to plan a mini trip out west. Here is where I went:

I started out taking the bus from St. Andrews to Dunfermline, arriving around sunrise (8:30ish!). I walked around the town and through Pittencrieff Park until the Dunfermline Abbey and Palace opened. Many medieval Scottish royals were buried in the churchyard, but due to political upheaval most were disinterred and hidden. In the 19th century they found the remains of Robert the Bruce (though his heart lies in Melrose Abbey, literally) and cemented over the area, then built a new section of the church over it. It is still difficult to say where the rest of the "eight Kings, five Queens, six Princes, and two Princesses of Scotland" are, but there is some chance they may be under the cement as well.

Next I went to the Abbot House, a small museum where for £3 I got a private tour including a lengthy explanation of the history of Scotland. I found the history of the Picts and the real vs. romanticized accounts of St. Margaret quite fascinating. After that, I stopped by the first ever Carnegie Library (of over 2,500!) built by the philanthropist Andrew Carnegie as a way to give back to his hometown. Then I went back into the park and visited the remains of Malcolm Canmore's Tower, a notable defensive location in the 11th century, and another small museum.

I then caught a bus to the small village of Culross, which has many preserved historical buildings. It was very scenic, though there was quite a strange contrast with petrochemical complexes on the other side of the Firth of Forth. Next I took the bus to Glasgow where I strolled some major shopping streets and checked into the Glasgow Youth Hostel. Finally, I went and saw "The Hobbit" at the IMAX theater in the armadillo shaped science center.

I left the hostel early in the morning and walked through Kelvingrove Parkto the Hunterian Art Gallery where I visited the reconstructed house ofCharles Rennie Mackintosh, a renowned Arts and Crafts/Art Nouveau designer from the Glasgow School whose style I really admire (pretty much the main reason I wanted to visit Glasgow was to see his works). After that, I went over to the nearby Kelvingrove Museum to see an exhibit about the Art Nouveau movement in the U.K.

Then I headed to the Mitchell Library, which wasn't quite what I was expecting, but was still fun to visit. Next I went to the Glasgow School of Art to take a tour of the building (also designed by Mackintosh). I liked a lot of the innovative architectural details and the overall structure.

When the tour was over I walked to the Necropolis, an intense burial ground that was used mostly in Victorian times. I also visited the nearby Glasgow Cathedral, which was very impressive, especially with the huge Christmas trees inside the church! I saw a lot of sign posts around with the Glasgow coat of arms, which is probably the oddest coat of arms I have ever seen. It features these things:

After that, I walked back into the main part of town and saw the small carnival and lights set up for the holidays in George Square. I would have gone ice skating, but it was pouring and crowded so I watched the skaters for a while instead. Then I went to the Lighthouse, another one of Mackintosh's designs. There was a nice museum about his works inside, as well as an awesome exibit featuring aerial shots of Scotland, and a high look-out tower (at this point, I think I have climbed way more spiral staircases than the average 18 year old). Finally I got some dinner and went back to hostel.
Day 3
I took the subway, nicknamed as the "clockwork orange" (probably because it runs on a circular track and the trains are orange) to George Square to get the Rabbie's tour bus. I've always been rather against guided tours, we Mitchells enjoy exploring on our own, but since I have no car in Scotland and the public transport is a bit difficult to manage in the regions I was interested in seeing (many I had seen before but wanted to see in winter), I decided to book a tour. The group was quite small like I had hoped, only seven of us plus the informative and amusing tour guide.

We started out driving past Renfrew, where some of my ancestors may have lived, and Paisley, where the paisley pattern was invented, and then up towards Loch Lomond. It was interesting see the city fading away, gradually becoming countryside. Our first stop was in Luss, a village on the west coast of the loch. I walked along the bonnie, bonnie, banks of Loch Lomond (song here: Loch Lomond)- it is true what they say about Scotland only getting prettier when it rains. The fog made the loch all the more mysterious and thought-provoking. Our next stop was in Glen Croe at Rest and Be Thankful Pass, which was also transformed by the rain. It is called "Rest and Be Thankful" because it is the highest point after a steep journey, and so one can rest and be glad for making it to the top. Next we drove to Inveraray, a quiet town on the edge of Loch Fyne.

After that, we visited Loch Awe and Kilchurn Castle. Rabbie's had exclusive access to the castle in winter, so we got to unlock it and explore around without any other tourists. The surroundings were stunning! I found it fascinating that a lot of the seemingly peaceful lochs and hills of Argyll had a lot to hide- everything from ahollow mountain that contains a power plant to a submarine torpedo testing ground.

Next we stopped in Oban to get some lunch. Of course, I went off exploring- I did not want to spend an hour at a sit-down restaurant! I climbed up to the folly, known as McCaig's Tower, overlooking the town and was just in time to see the Caledonian MacBrayne ferry take off headed towards the isles. I went back down and popped into some shops, including a cool kayaking store, and strolled around the harbor.
Then we got back in the van (we were in a hurry at this point because we wanted to get to Glen Coe before sunset at 3:30) and drove to Castle Stalker (famous for its appearance in Monty Python and the Holy Grail). My dad and I really like Castle Stalker and its dramatic setting, so I was excited to see it again. After a brief look, we continued onwards to Glen Coe (another film location: Harry Potter, Rob Roy, and Skyfall).

Glen Coe was breathtaking- definitely my favorite of the day's locations. The tops of the mountains were frosted with snow and little streams of water were trickling down. The wind was ripping through the valley, and rain was coming from every direction which added to the tragic beauty.

From there we headed through the Rannoch Moor and back to Glasgow.
Day 4
I spent the morning shopping around the Buchanan Galleries looking for Christmas gifts and then took the bus back to St. Andrews and packed to fly home.