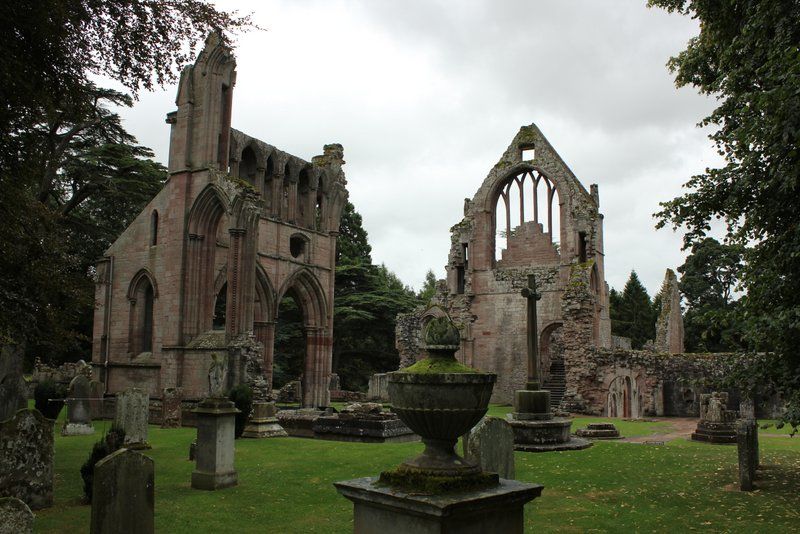 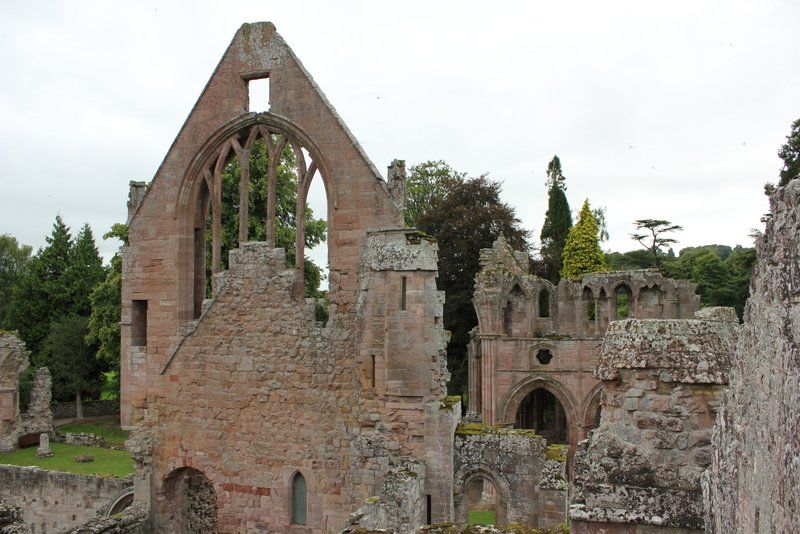 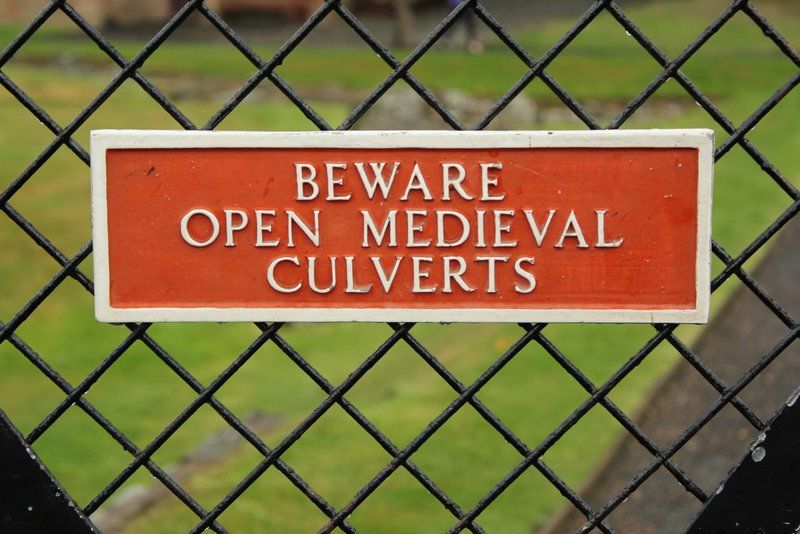 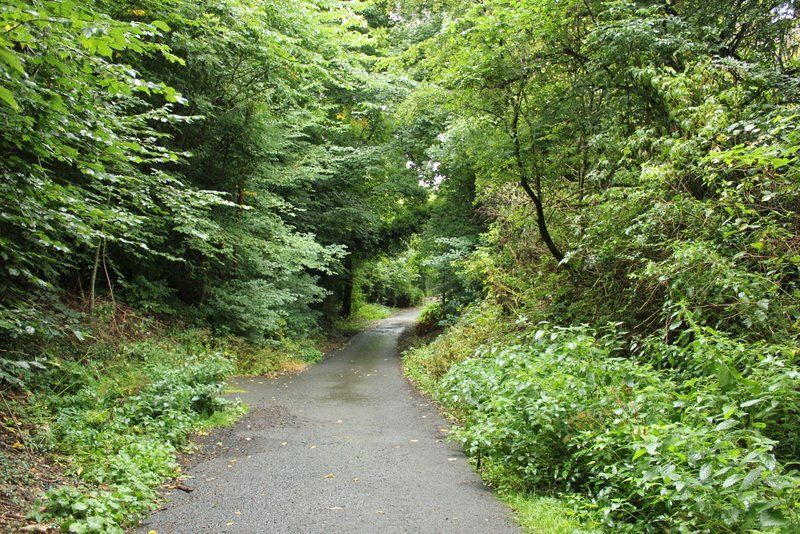 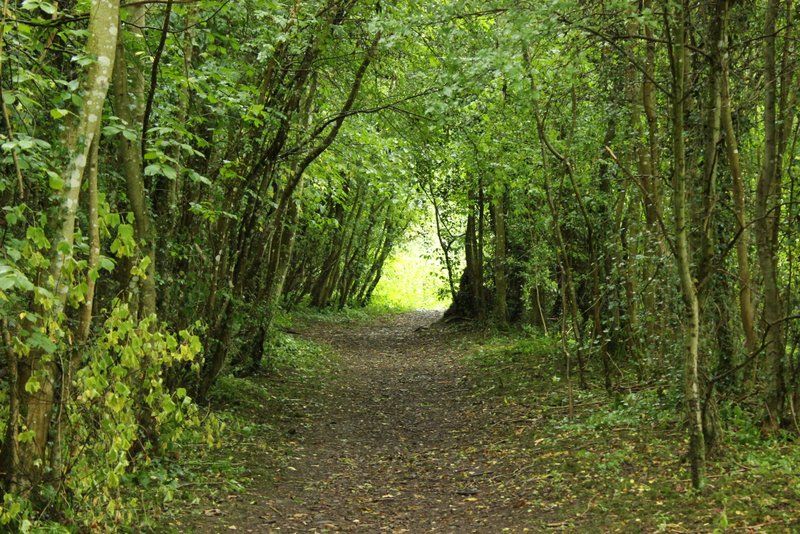 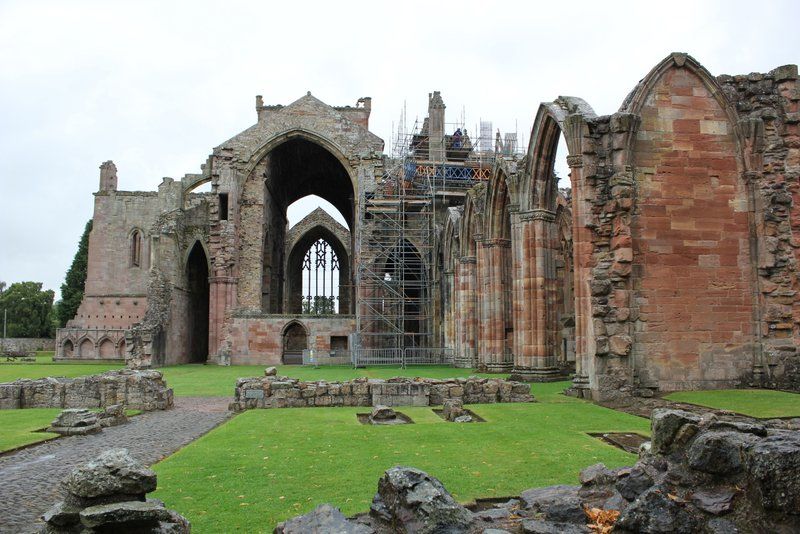 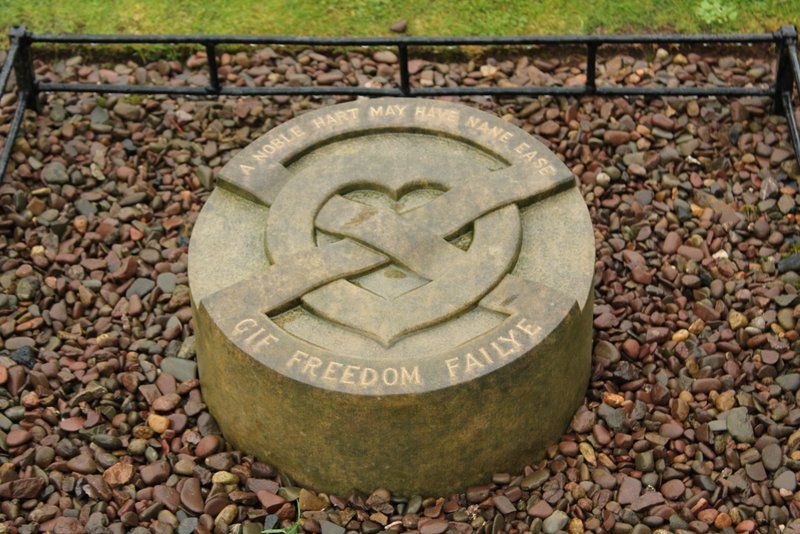 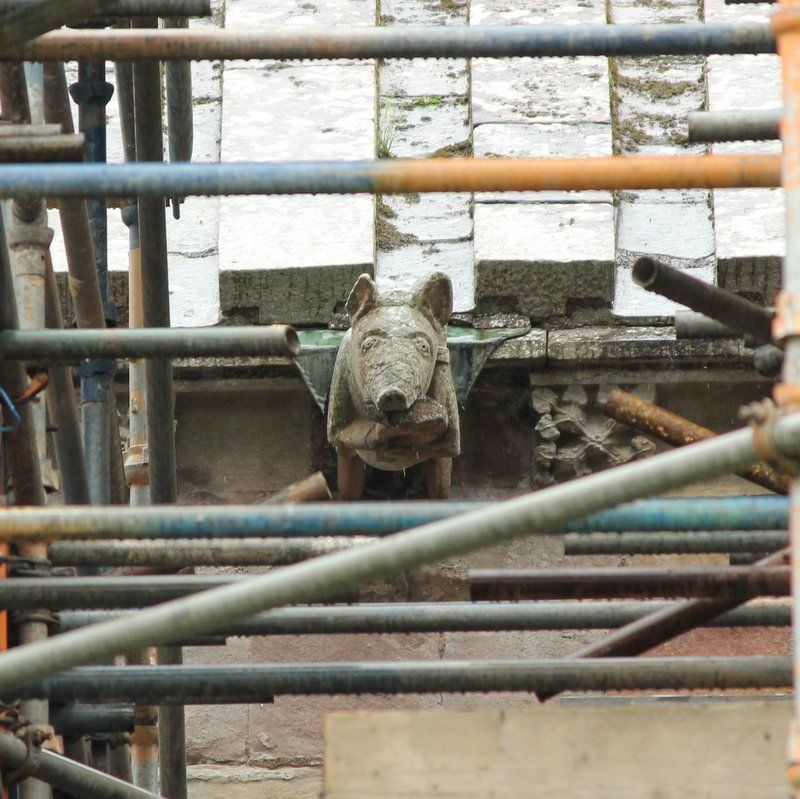 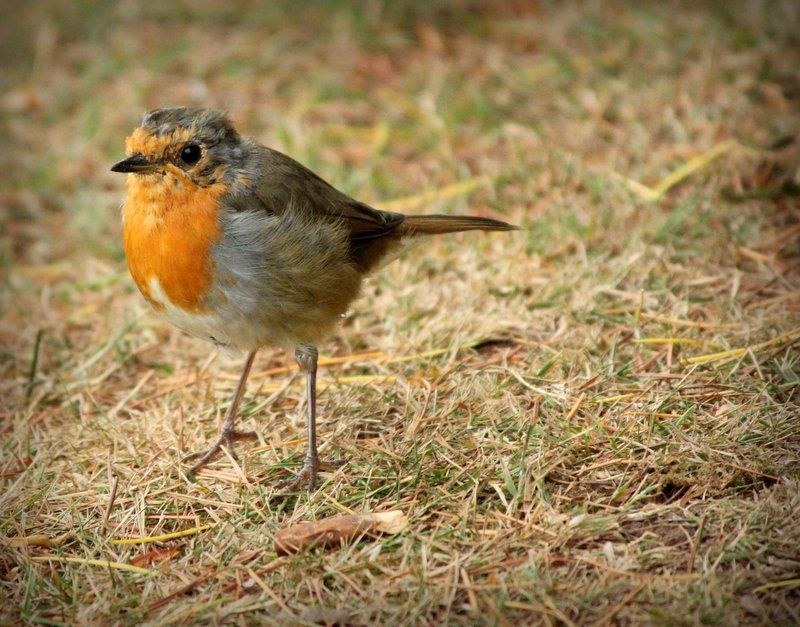 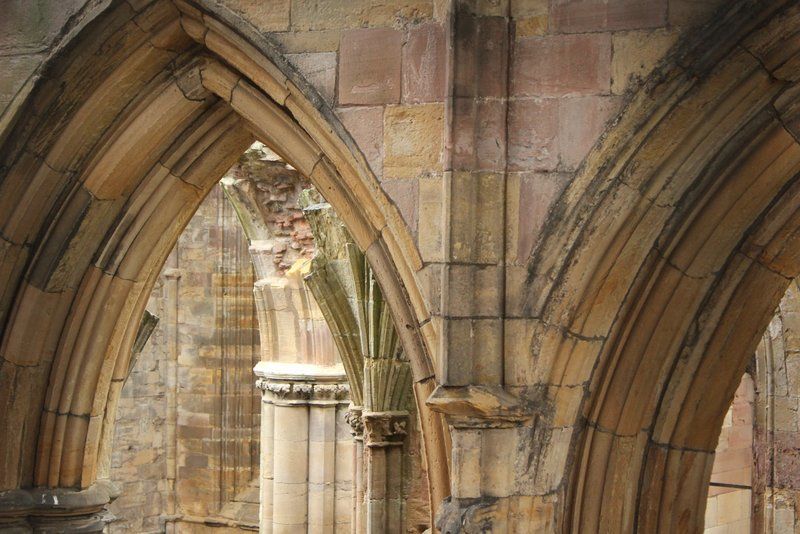 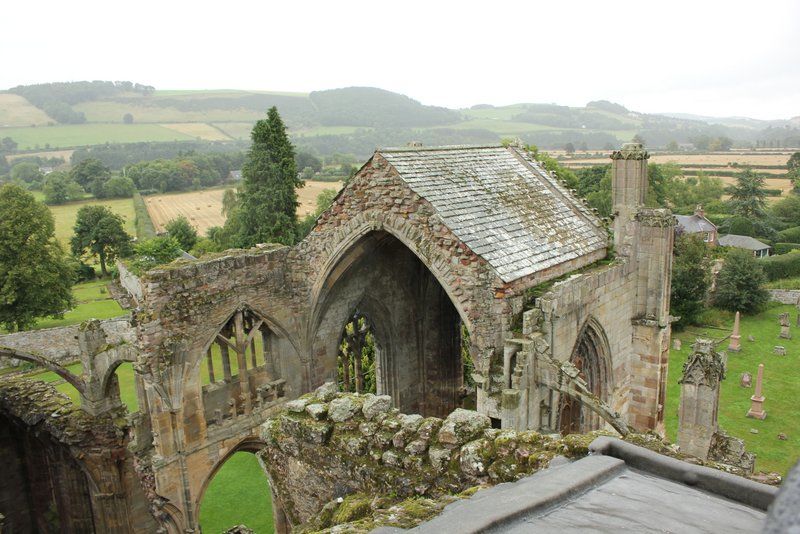 Over the weekend, I went to the Border Abbeys, simply because I wanted to take a trip somewhere before school started. I hadn't done much traveling down south, and thought it would be interesting, so made a list of places I'd like to see. I then plotted them out on a map, and looked up bus routes to see what was feasible for a day trip- the Border Abbeys (four ruined religious buildings from the 12th century) made the most sense. I got on my first bus around 6:30, and was in Edinburgh by around 8:30. I ran a few errands in the city, then took my second bus to Melrose, where the first abbey was located.

•  Melrose Abbey was very impressive, even in its state of disrepair (it was being worked on when I was there). I saw the memorial plaque for Robert the Bruce- his heart was supposedly buried somewhere on the premises. I also got a glimpse of the Melrose pig- a bagpiping pig sculpture near the top of the building! It was difficult to see between the scaffolding, but I got a picture.
•  Next, I took a bus to the nearby town of Newtown St. Boswells and walked a couple miles on a forest trail to get to Dryburgh Abbey. There was a really pretty suspension bridge over the River Tweed that I passed by, as well as a very ornate and impressive gate with a cow pasture behind it. When I got to the abbey I found that I had it all to myself- I love that semi-remote or lesser known landmarks rarely have any tourists, especially on rainy days. I did my usual "ruins rounds"- making sure to go up all the decrepit spiral towers, tunnels, and to find the best gothic architectural features. Then I went and paid my respects to Sir Walter Scott, who was buried there at his request.
•  The final portion of my trip did not go as planned- I wanted to take a short bus ride to Jedburgh Abbey, but when I got on the bus the driver did not clearly explain that I had to get a transfer halfway through. Instead I assumed it was a loop route, and that we were going to go back the other direction if I waited long enough. It didn't help that my phone GPS decided to stop working. Instead I ended up in Northern England at Berwick-upon-Tweed (I did get to see a glimpse of Kelso and Smailholm tower though, so it wasn't all bad). Luckily, there was a straight-shot train to Edinburgh, so I took that and ended up getting back to St. Andrews before I would have if I had done my original plan.