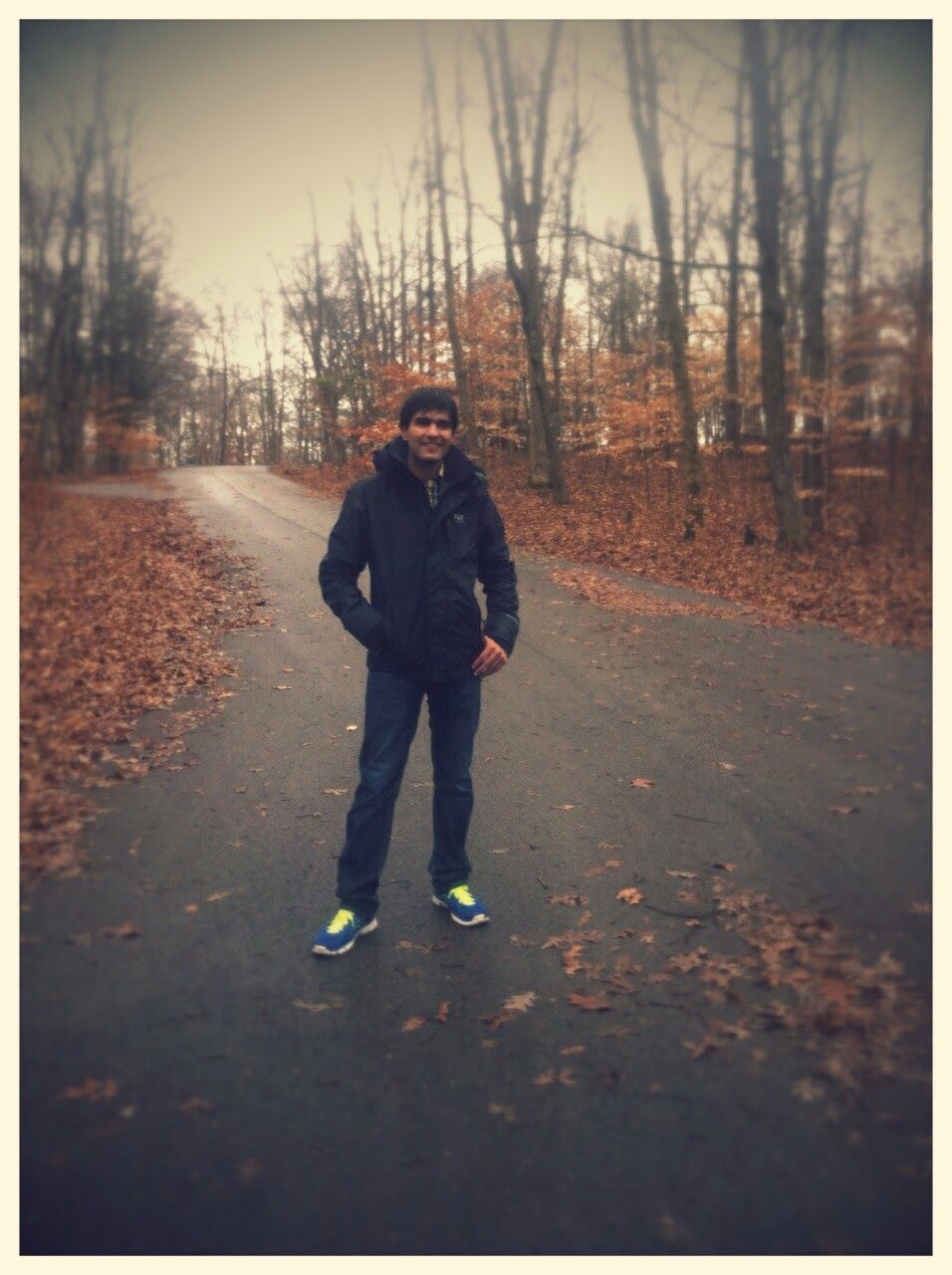 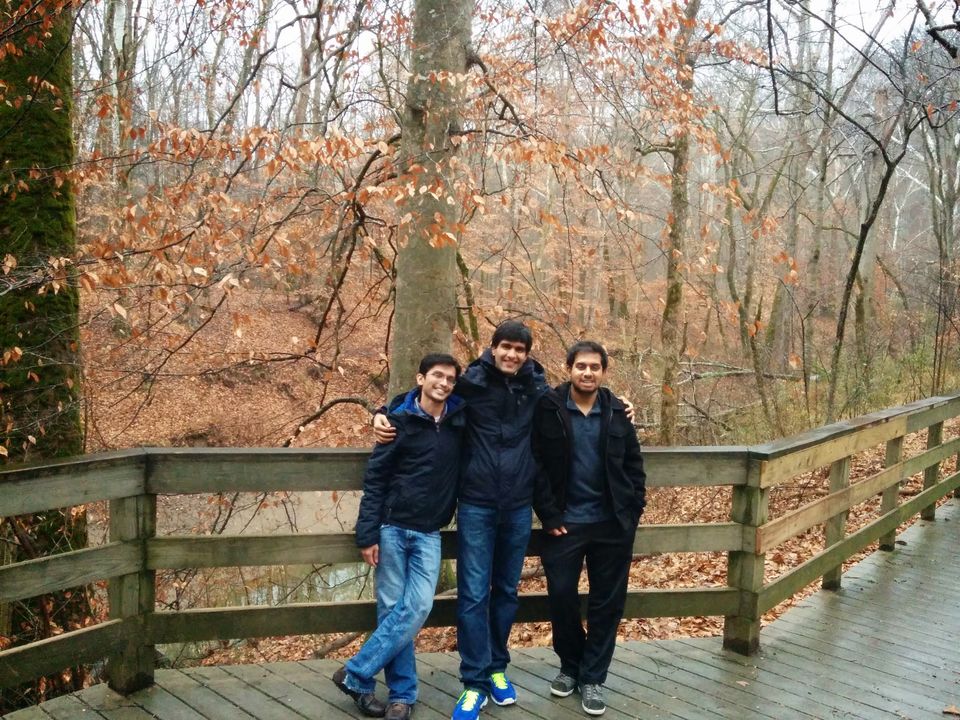 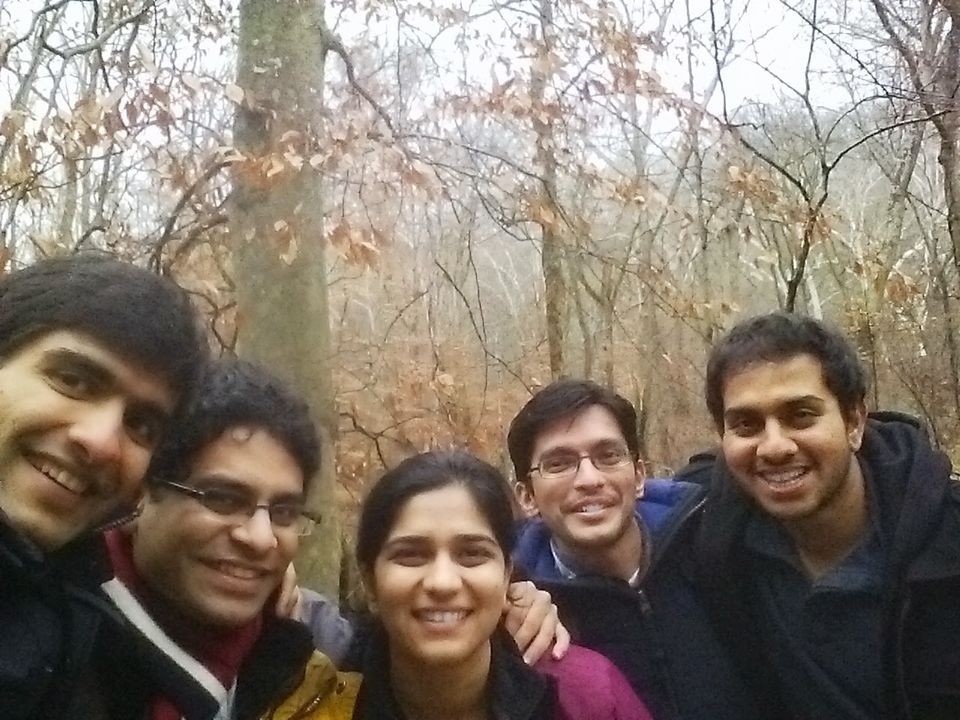 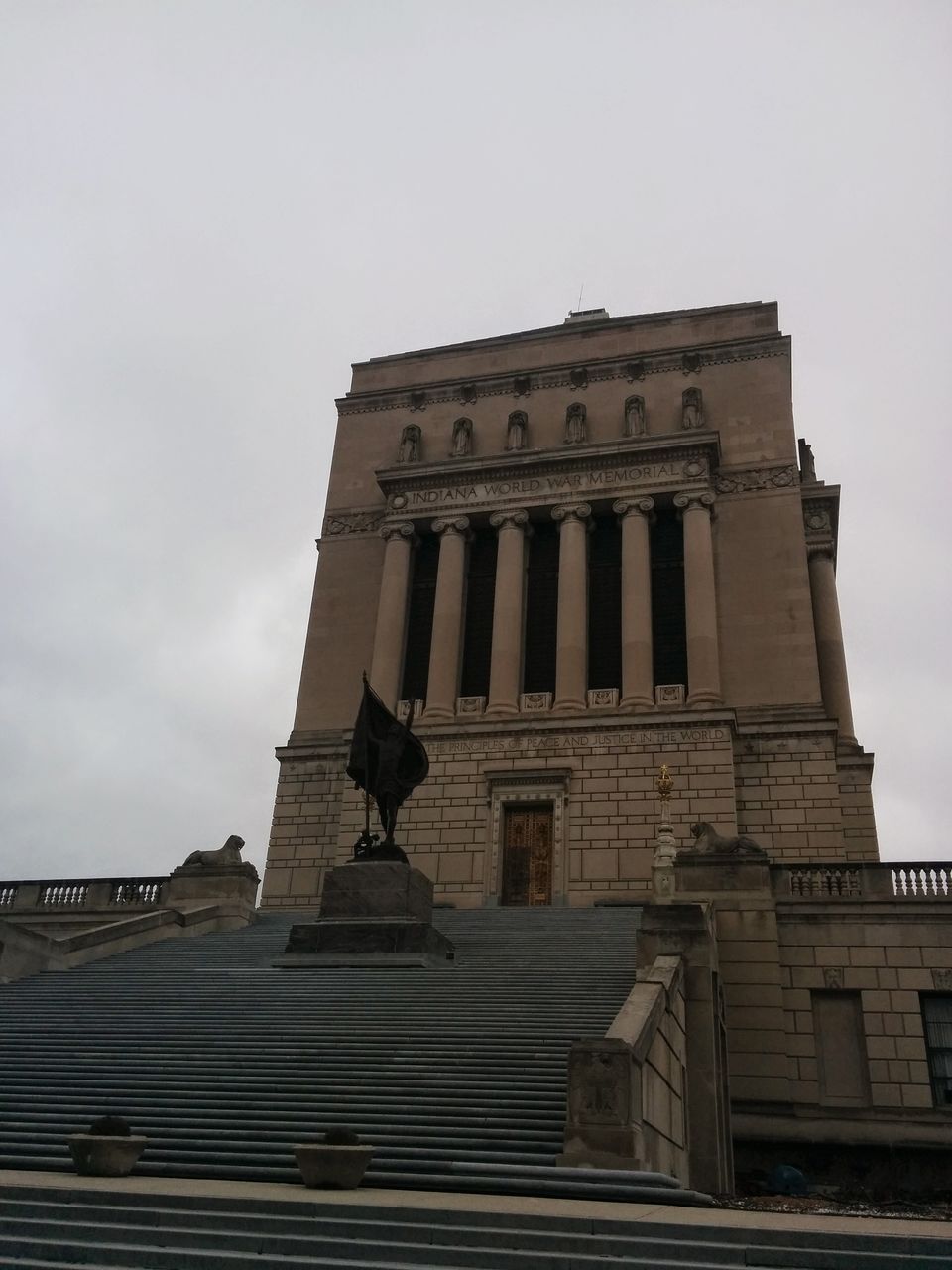 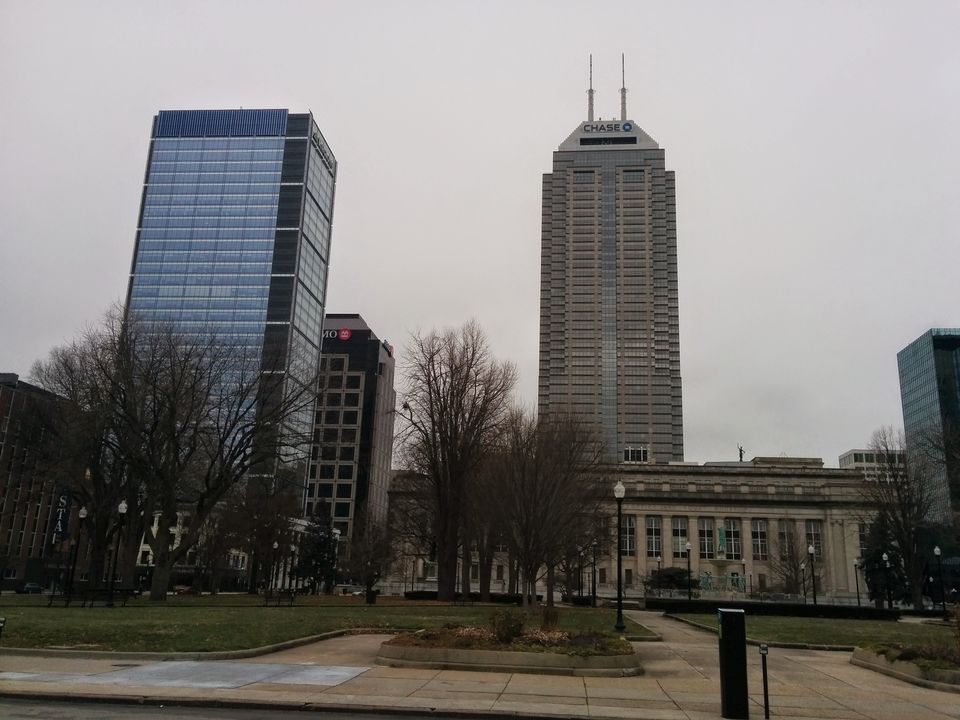 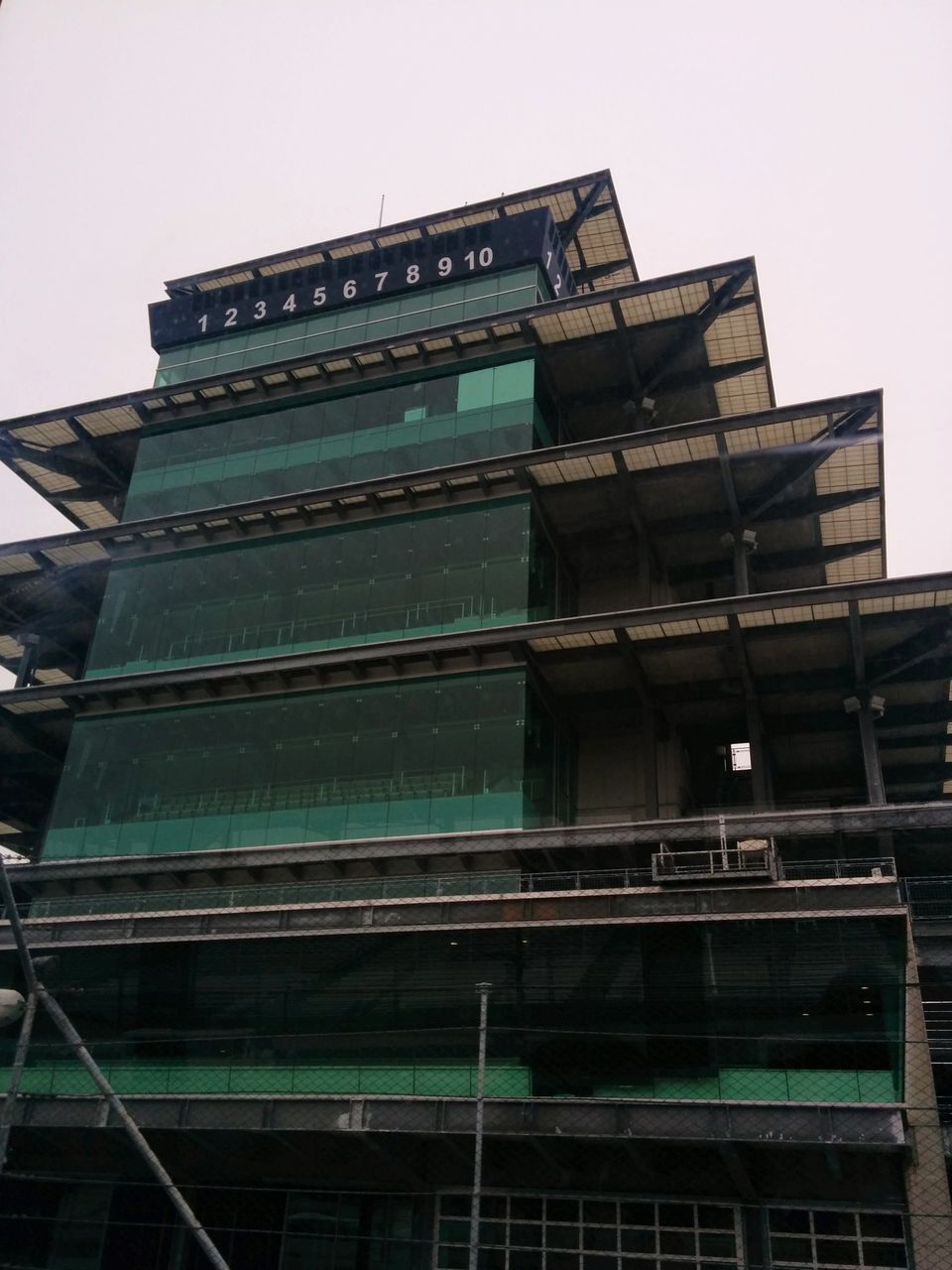 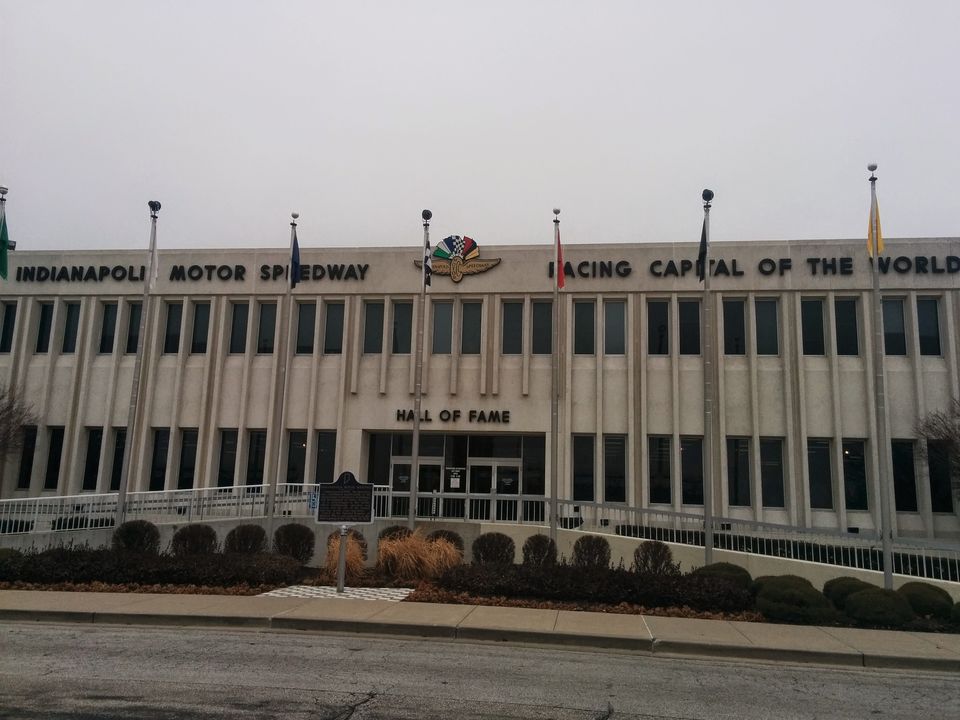 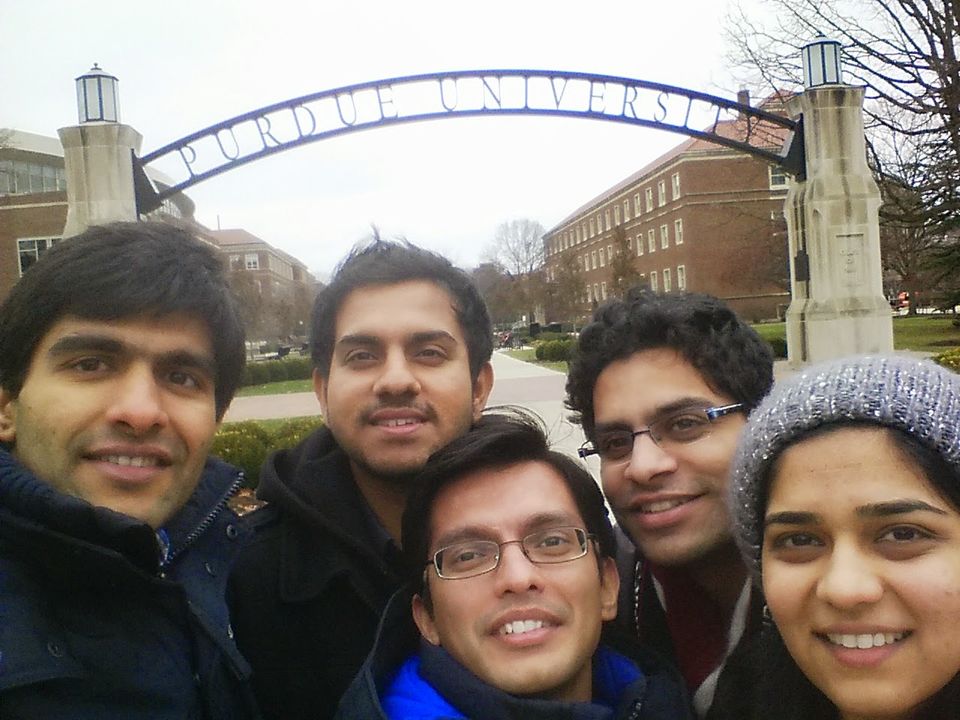 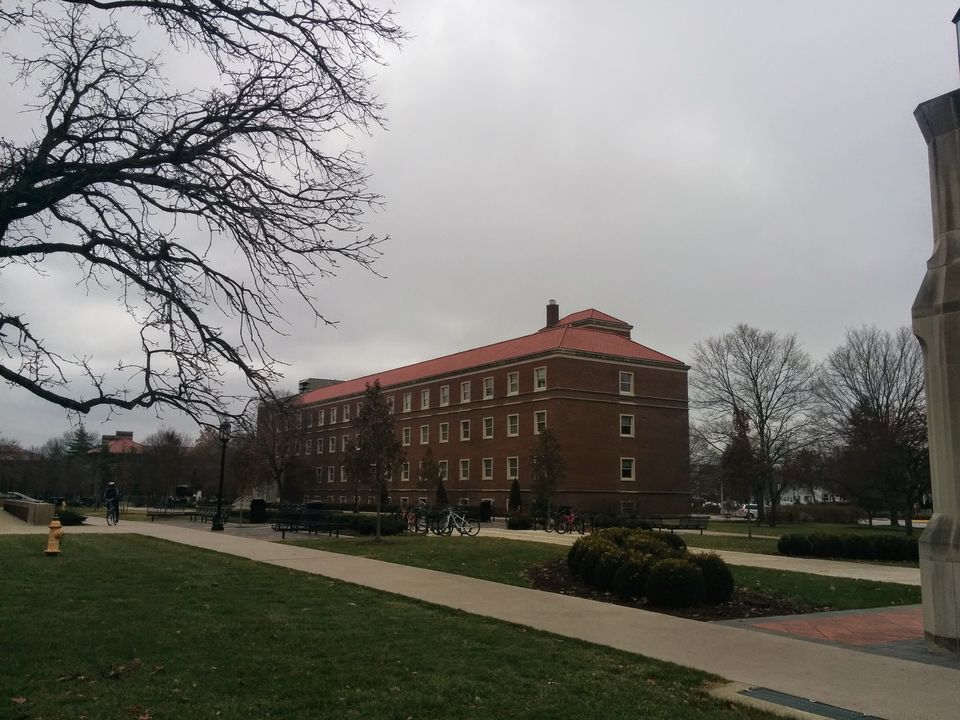 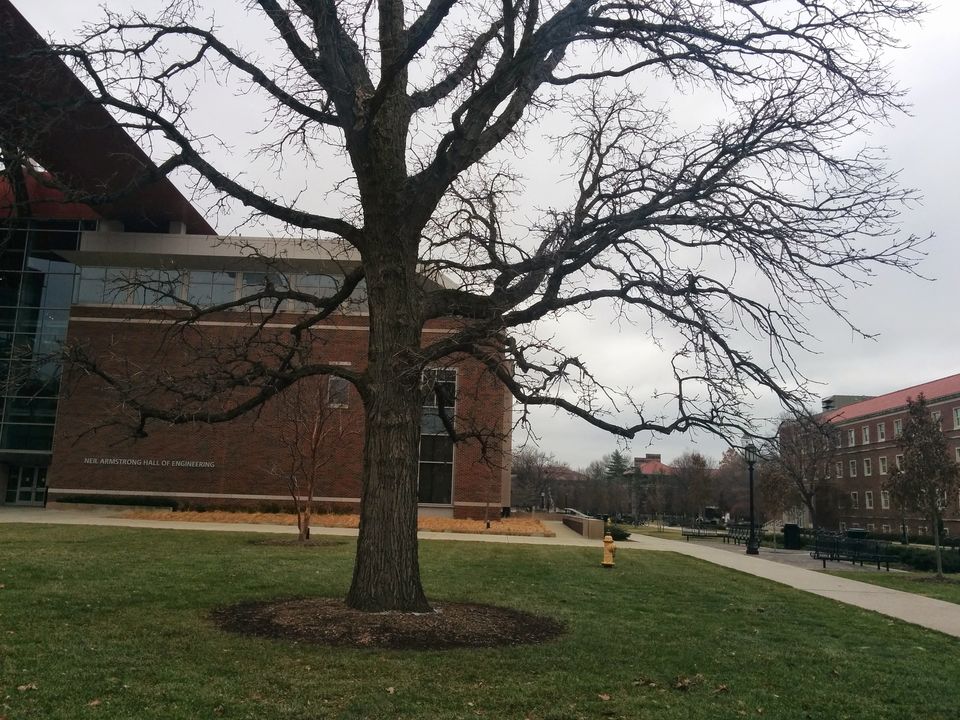 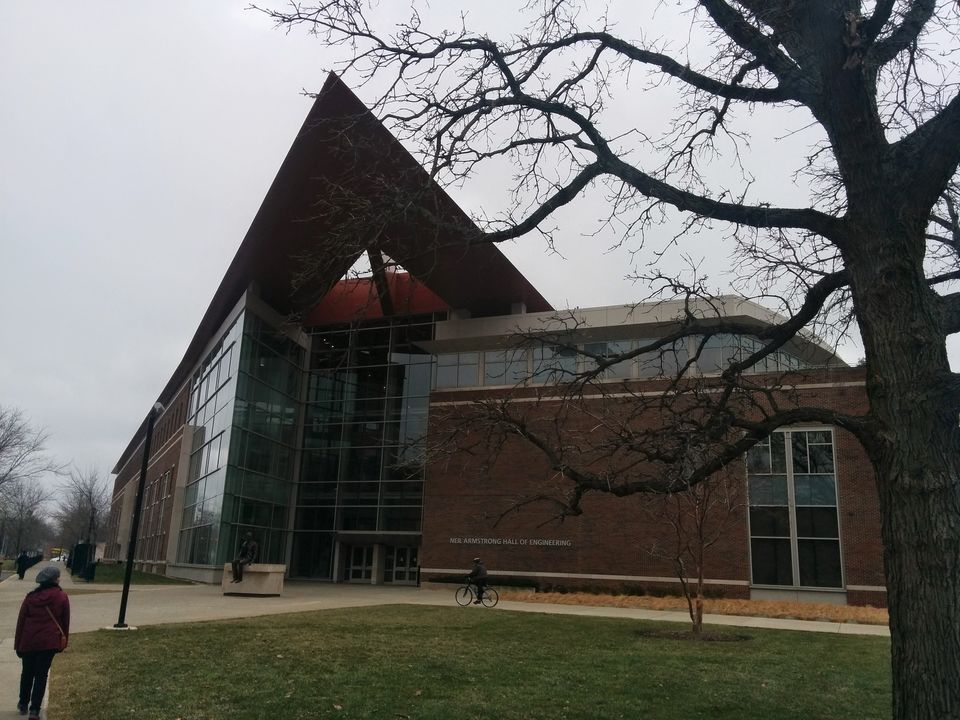 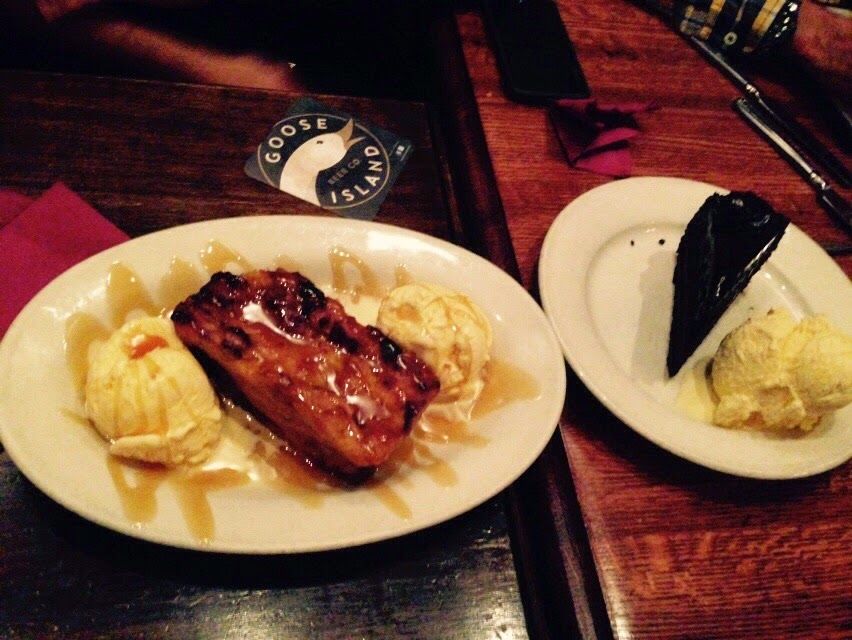 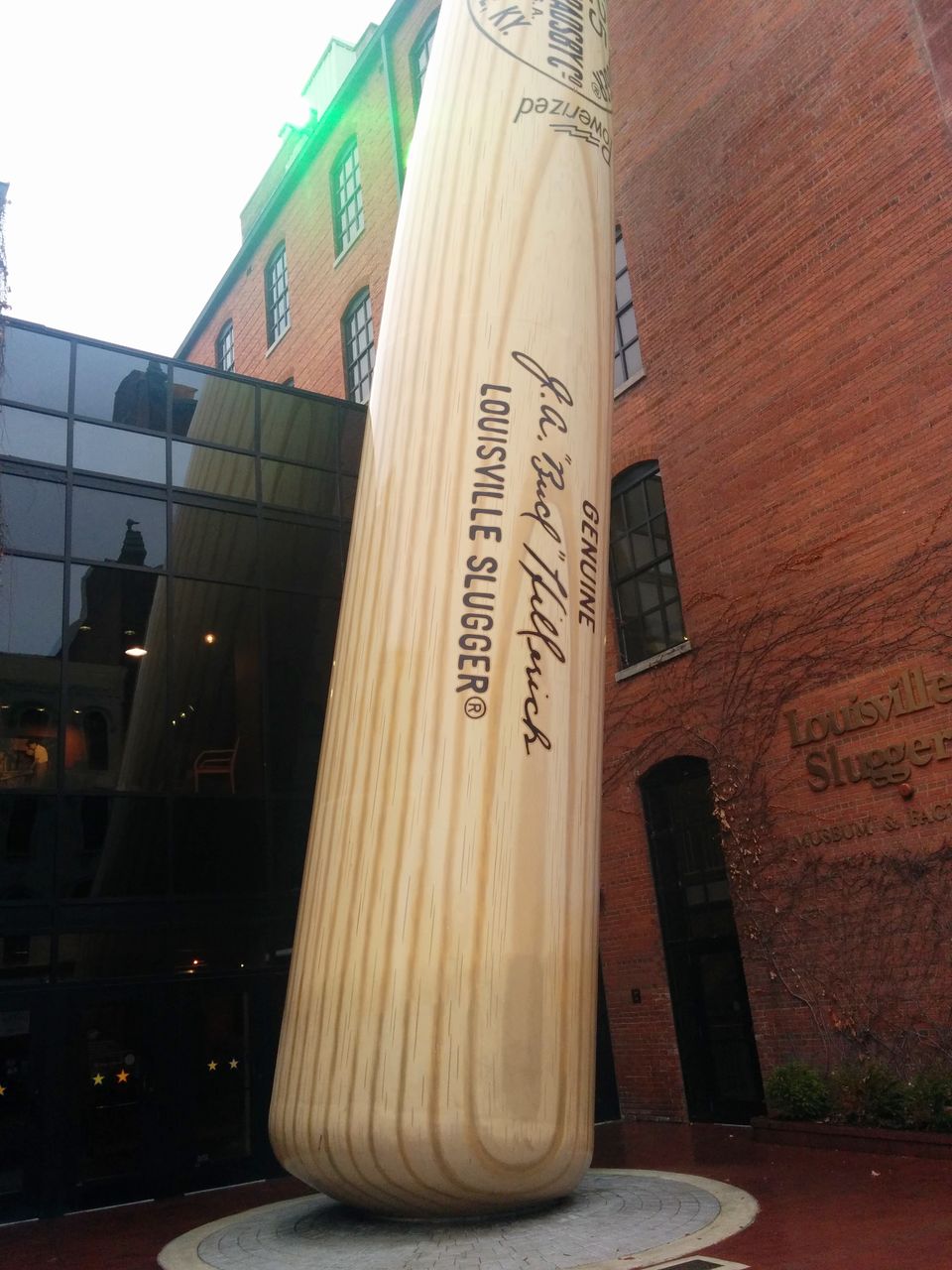 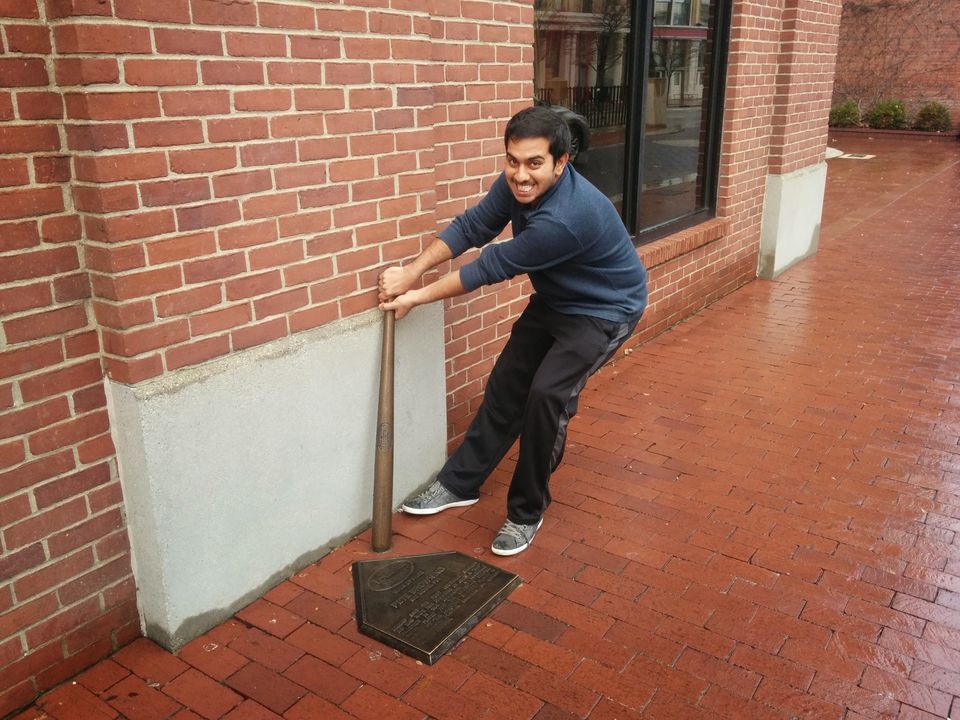 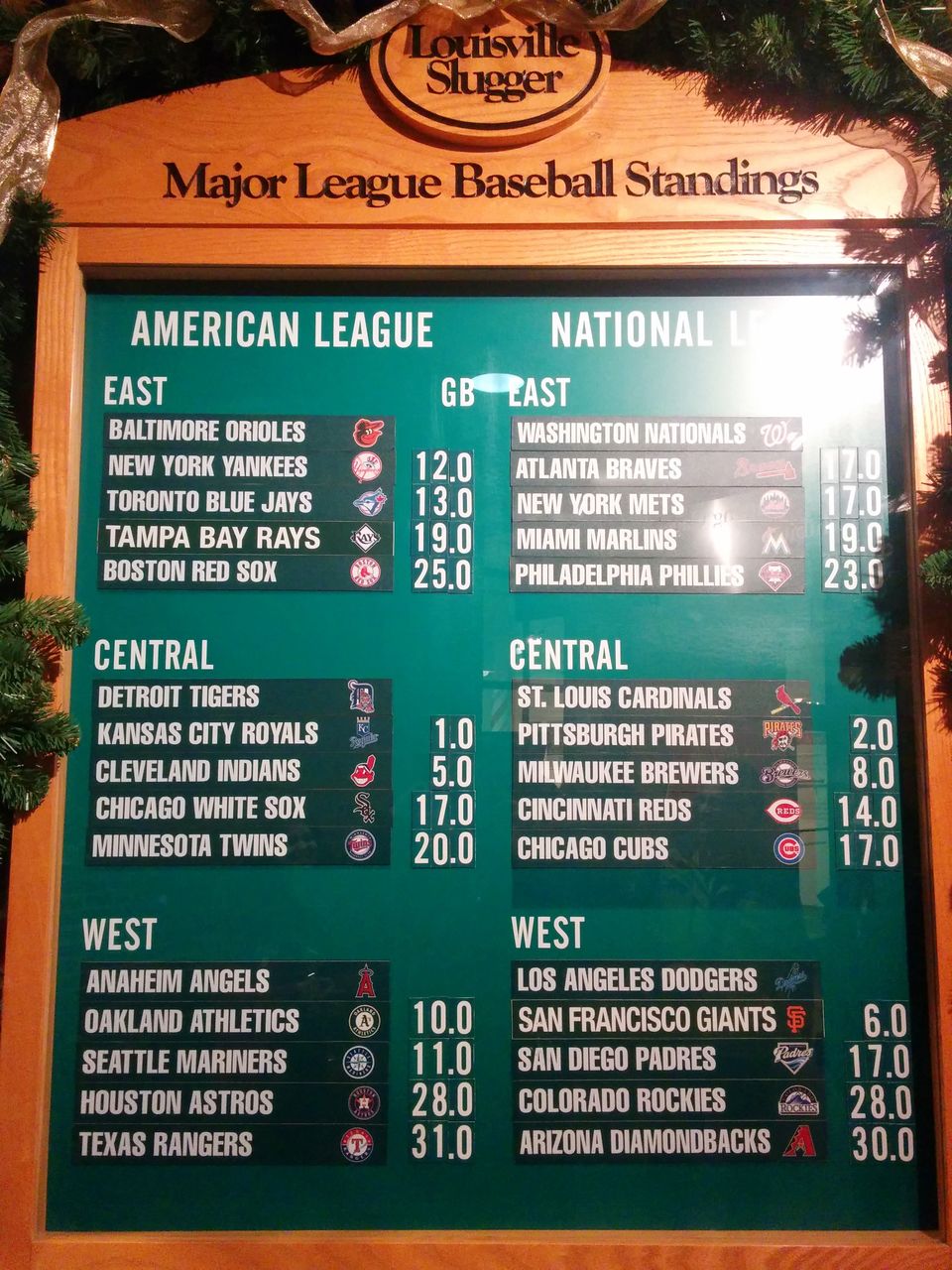 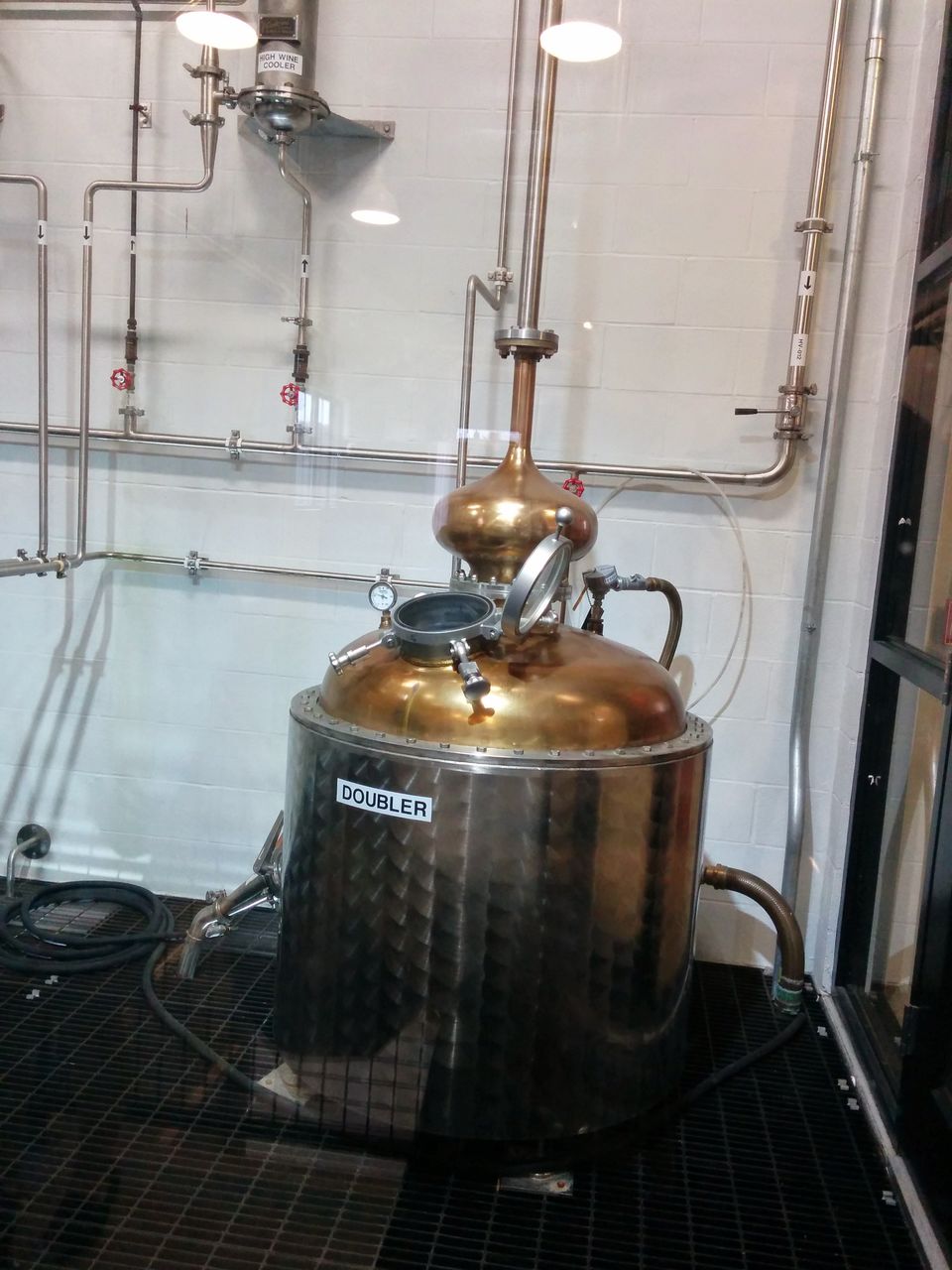 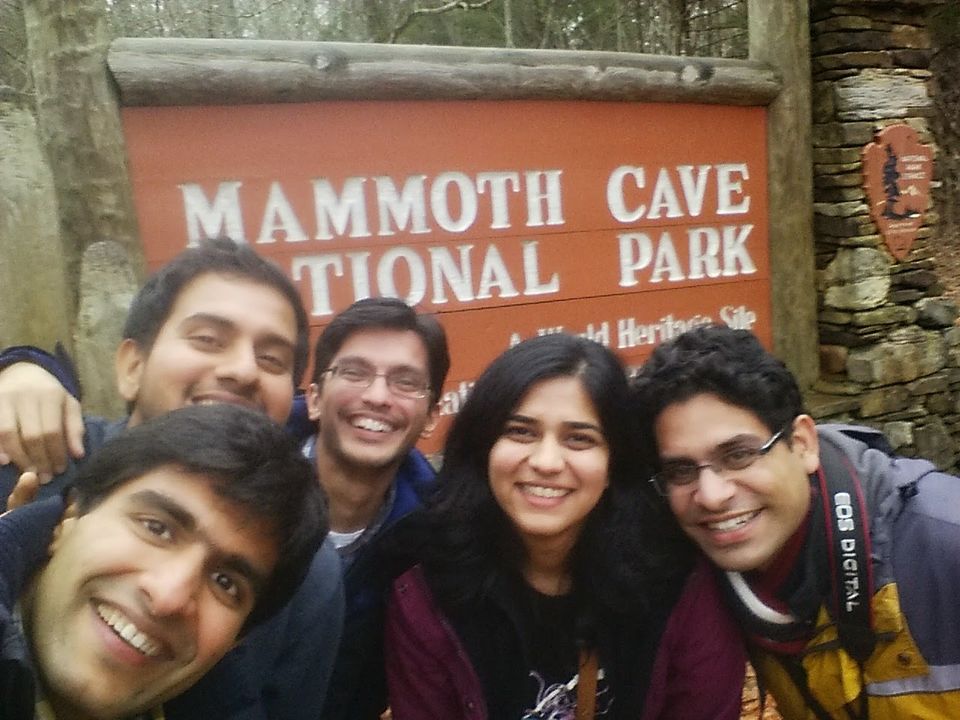 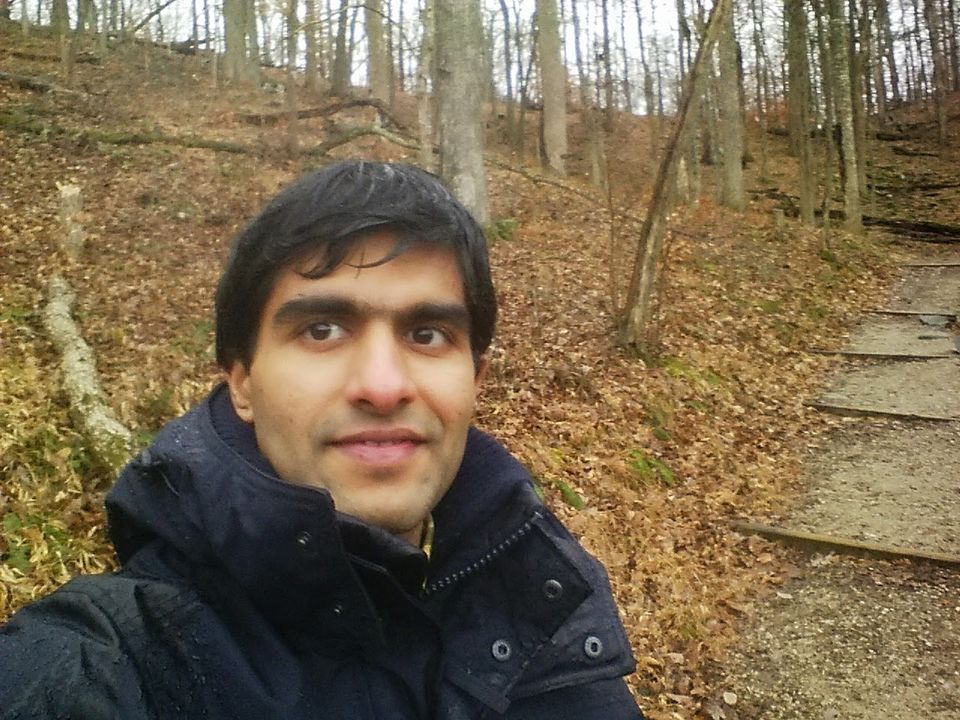 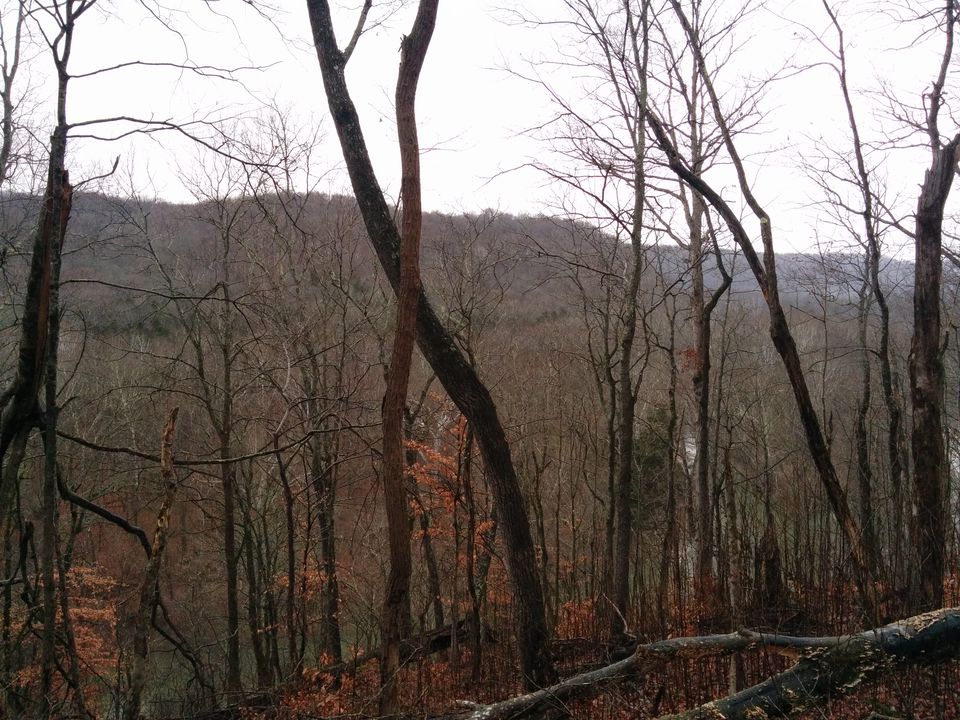 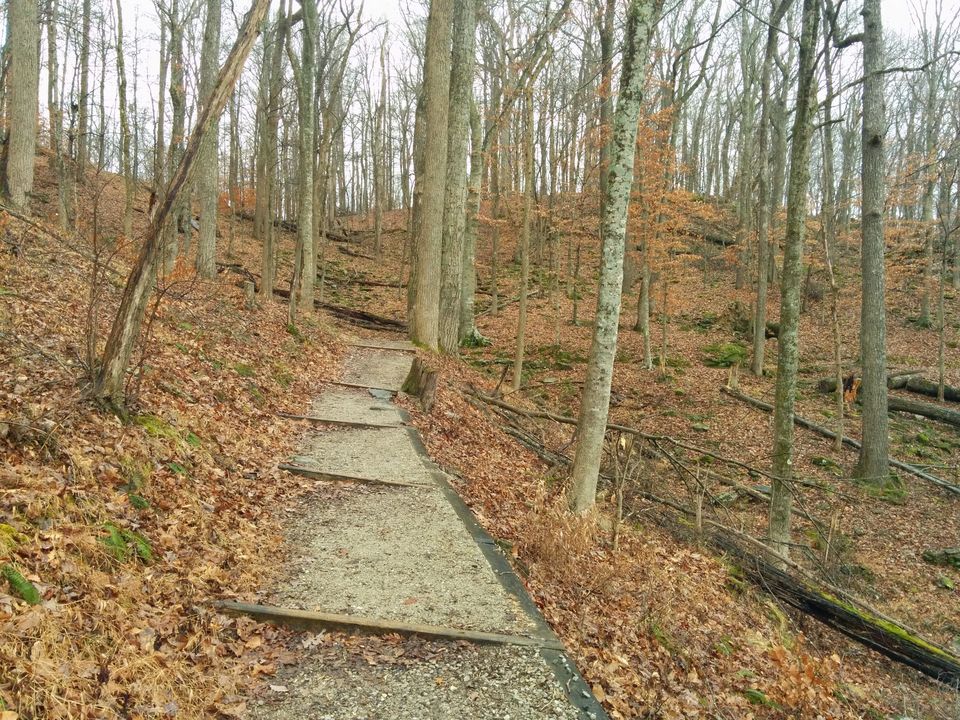 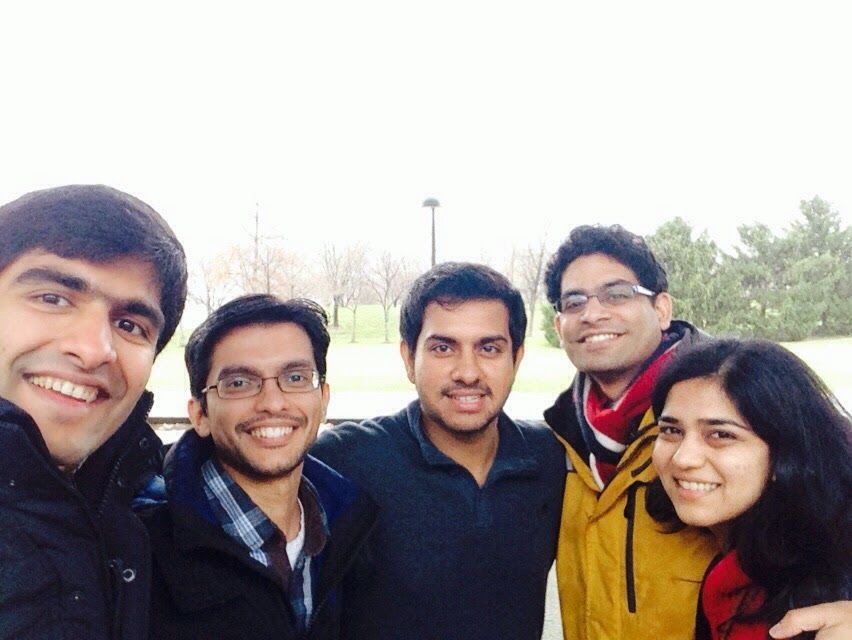 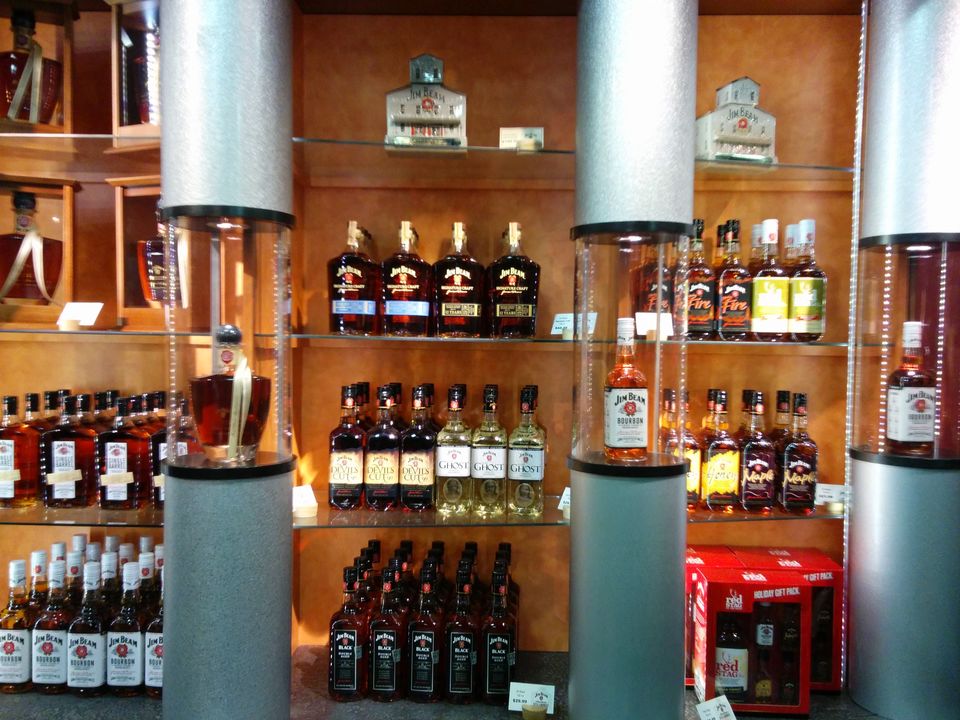 After undertaken my last trip way back in September I was eager to go on a trip before the year ended and another reason being an attempt to increase my States visited count by at least 1 more!

I proposed the idea of visiting Kentucky the Bluegrass state famous also for Bourbon whiskey to my friends and off we were for a weekend getaway.

We began the trip on 26th December a Friday which was like an extension to the Christmas holiday weekend.

Having picked up the car the first evening was spent driving till Louisville which is around 300 miles from Chicago.

We already had a hotel reservation where we crashed for the night.

The next morning (Saturday) we visited Louisville downtown for a quick tour.

Slugger’s Museum ~ You can buy tickets to tour this place to understand the history of bat making for one of the most followed sports league the MLB.

We just took some photos with the big baseball bat outside the museum and went to visit the Churchill Downs where the world famous Kentucky Derby is held every year in May which is the greatest 2 minutes of fame in SPORTS!

Next we drove towards Clermont to visit the Jim Beam Distillery to learn about Bourbon and for some Bourbon tasting and why Kentucky is called the Bourbon State!

There are guided tours every 30 mins beginning 9.30 am till 3.30 pm (Mon – Sat) ( Though it might change seasonally; I had visited during the winters. Summers should have more tours)

Being the self proclaimed designated driver on the tour I had to skip the bourbon tasting since they are almost 80-120 proof. I definitely wouldn't recommend bourbon tasting and driving!

But yea we got to see the entire process of bourbon making right from fermentation, distillation and storing them in oak barrels for years and years.

There were huge storage places where the barrels were stocked by the thousands and each barrel containing bourbon at various stage of aging.

We also got to see the bottling process and few people also had the chance to create their customized Jim Beam labelled bourbon bottle.

It gave an unique perspective to the art of Bourbon making and I would say no visit to Kentucky is complete without visiting any of the Bourbon distillery tours!

We had a packed schedule so next we drove towards Mammoth Cave National Park at a distance of about 70 miles from the distillery.

Mammoth Cave National Park preserves the cave system and is part of the Green River valley. This is the world's longest known cave system, with more than 400 miles explored. It has earned the name mammoth due to the vast chambers and complex labyrinths within the cave system.

We had taken the Frozen Niagara tour as part of cave viewing. During the tour the ranger gathered everyone and, after a warning, switched off the lights and the darkness was sudden and absolute. That was pretty amazing. It was an enjoyable experience overall.

There are multiple tours available so depending on the tour availability and the time you wish to spend you can book accordingly.

After the cave tour we walked along the Green River Bluffs trail which provided views of the Green River and visited Dixon Cave and River Styx along the way and returned back to the parking area by taking the Heritage trail.

You can get the trails map at the Visitor Center.

That concluded my visit to the Commonwealth of Kentucky and began drive to Indianapolis about 200 miles away.

We had dinner and desserts at MacNiven’s Bar in Indianapolis Downtown and drove to the our hotel for the night stay after spending an eventful day in Kentucky.

Sunday:
The next morning was time for some Indianapolis city sightseeing

Lucas Oil Stadium ~ The home of the Indianapolis Colts (NFL). This was a Photo only spot for us since tours begin at 10am and we reached there early morning.

White River State Park/Canal Walk  ~ Its a cultural urban park in the heart of the city with nature trails as well as cultural activities along the banks of the White River making it a great spot of photography. GPS: 801 W Washington St, Indianapolis, IN 46222

No visit to Indianapolis the racing capital of the world is complete without visiting the Indianapolis Motor Speedway where the word famous Indy 500 race is held every year. (GPS: 4790 W 16th St, Indianapolis, IN 46222)

At the speedway you can choose to take a Grounds tour along the race course which includes visit to the IMS Hall of Fame Museum, timing and scoring suite Pagoda, media center and victory podium and history of the Speedway. You can finish the visit by buying memorabilia at the gift store.

We also visited the 9/11 Memorial which has some remnants of the steel structure of the World Trade Center. (GPS: 421 W. Ohio St, Indianapolis, IN 46202)

Within the University we visited the following attractions:

and then roamed around and took plenty of pictures of the beautiful (a bit cold) winter weather which had already set in.

We had lunch @ Egyptian Cafe and Hookah which has some nice Mediterranean food which was recommended by my friend who had visited the place earlier.

We then had some nice coffee at a local store to stay awake during the drive back to Chicago which was about 125 miles which concluded my weekend getaway and also added a new state Kentucky to my list of visited states. (State no. 33)