A Travel In Time: The Hemingway Home, Key West, Florida 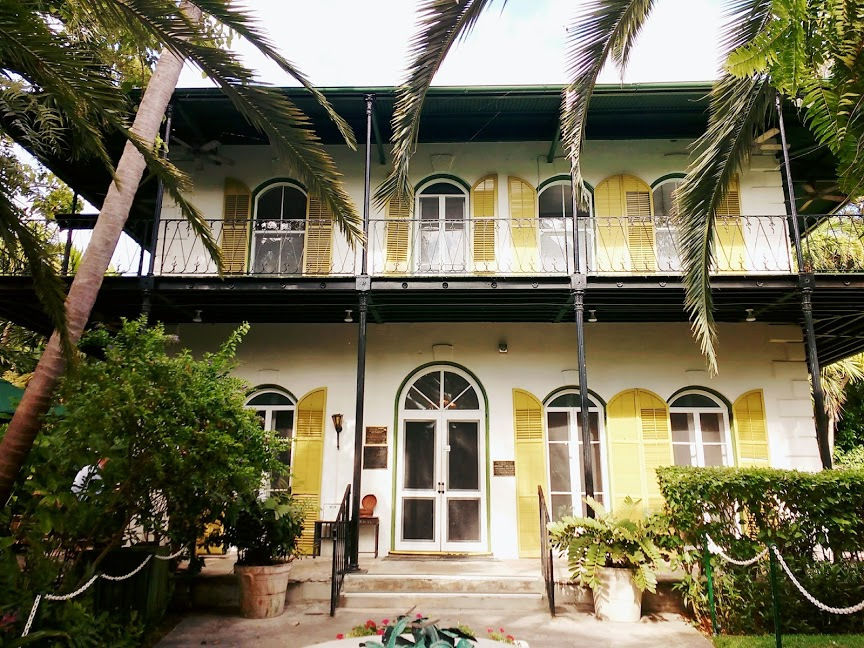 If you’re a history buff, a fan of the author or just a curious traveller like me, you must not miss The Ernest Hemingway House while visiting Key West. Situated in the Old Town area of Key West, which is also known as the Historic District (more on this to come in a separate post), this place was the home of the famous American author, Ernest Hemingway, for ten years. 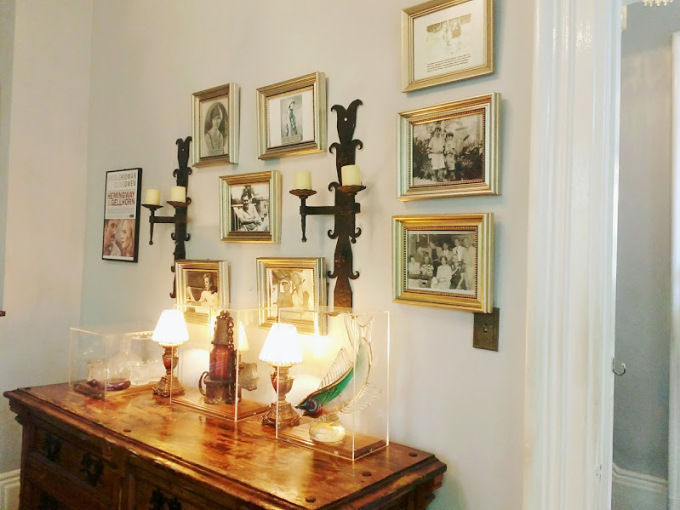 It is said that in April 1928, he moved to Key West, after his stint in Paris, with the second of his four wives, Pauline Pfeiffer. Continuing his Parisian habit of writing in the early mornings and exploring the surroundings in the afternoons, he completed his somewhat autobiographical work, “A Farewell To Arms”, within the first few weeks at Key West. Pauline and Ernest soon fell in love with the quaint town of Key West and after spending two seasons there, Pauline’s uncle bought this house for them in 1931. 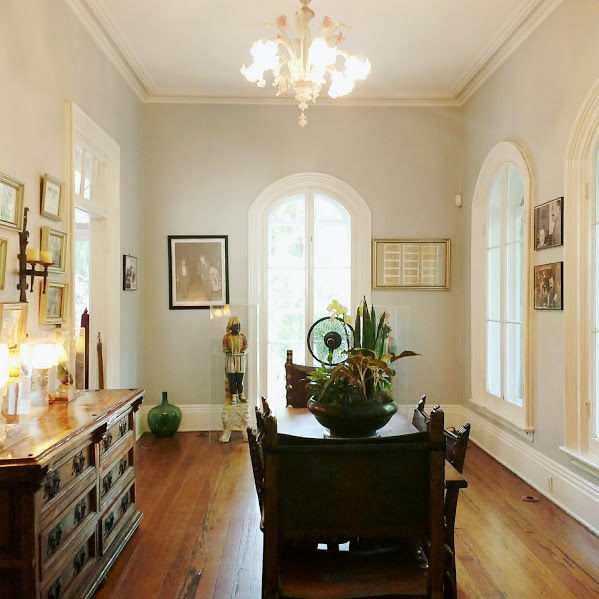 There are guided tours available by experienced tour guides at regular intervals. These tours are free, although there is an entry fee of $14 for adults and $6 for children between 6 and 12 years. If you’re traveling in a group of 12 or more adults, then the ticket cost per person is $11.30 for adults. Tickets can be purchased for cash only, at the entrance and no prior booking is needed. Tipping the tour guides is of course, customary. 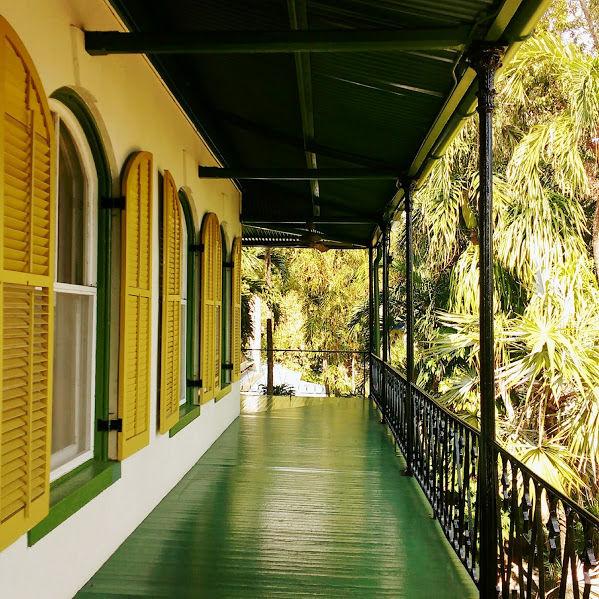 The house itself is a magnificent one, built in the Spanish Colonial style in 1851. When you take a tour of the house, you will still be able to view a lot of the furniture and bric-a-brac that the Hemingways had used after remodeling of the house. Most of the furnishings including the impressive chandeliers are European, all collected by the couple during their stay in the continent. 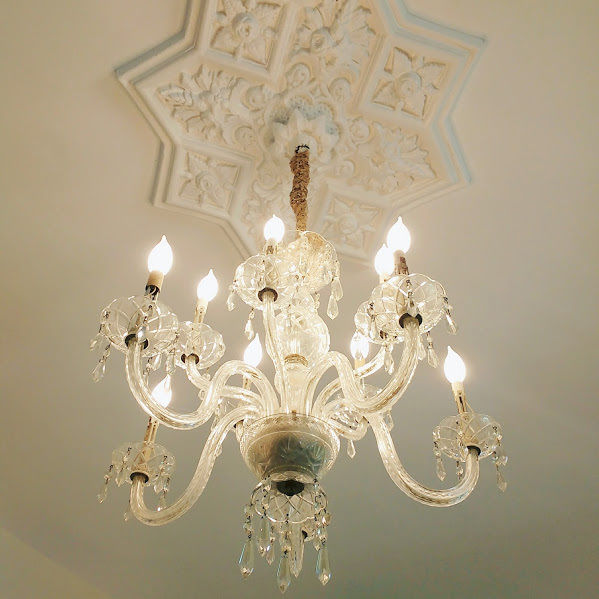 A very interesting and unique link to the Hemingway era is embodied in the multiple descendants of Hemingway’s cats in the house! It is said that an acquaintance of Hemingway, a sea-captain, had gifted him a six-toed tomcat. You can see him in some of the old pictures that are on display at the house. Today, there are about 40 odd cats in the house, strolling about nonchalantly, all of whom have descended from Hemingway’s cat. Some of them even possess six toes! Word of caution: If you’re allergic to cats, please do not visit the place as these guys are practically everywhere. 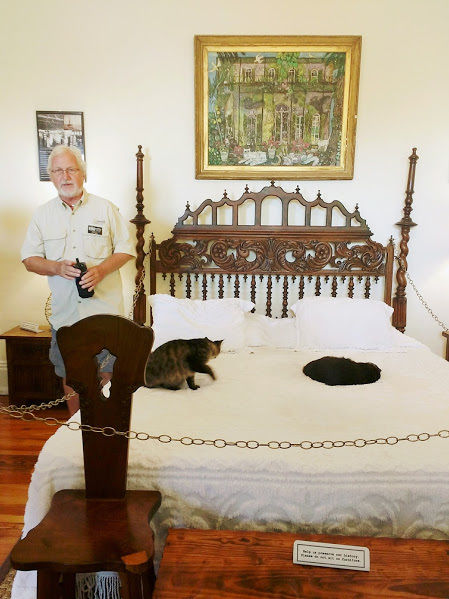 Another extremely unique feature of this house is the swimming pool, which was the first one ever to be built at Key West. It is said to have cost the author his last cent, upon the whim of his second wife Pauline, as a price for his ongoing affair with Martha Gellhorn, soon to be his third wife. The city had turned down their request of using dynamite to excavate the pool and so the entire work was done manually by workers using picks and sledge hammers. It took a year and a half to be completed and was the talk of the town in those days. 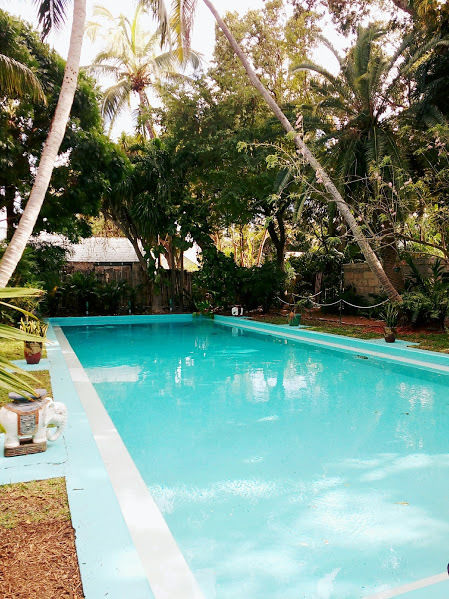 Apart from his literary work, the author took a keen interest in hunting and fishing. You can see photos of some of his African Safaris on display at the house. You can also take a tour of the studio where he is said to have created some of his most famous works. 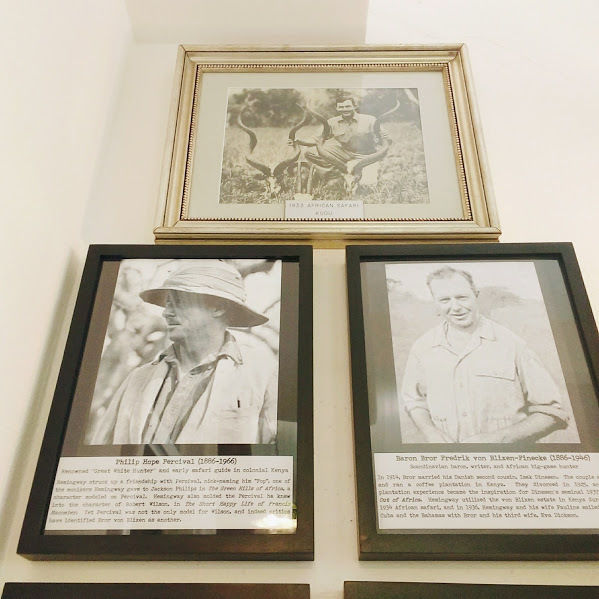 The tour guides will take you through his complete life history while walking you through the house and gardens and even share some interesting anecdotes. Overall it is a delightful experience that takes you back in time and even if you might have taken the tour before, the house leaves such a lasting impression, that you will make it a point to visit again, each time that you’re in Key West.