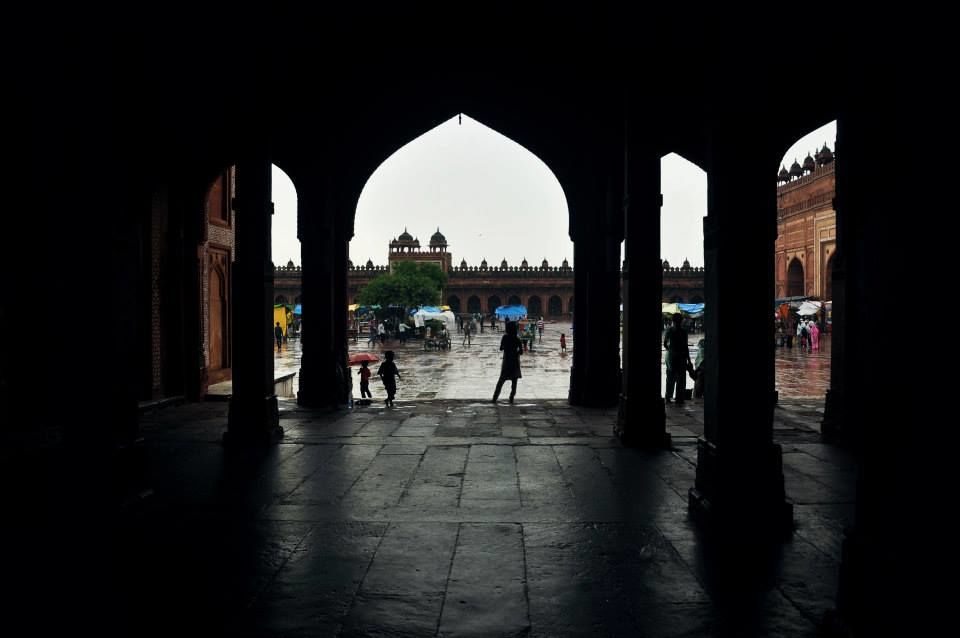 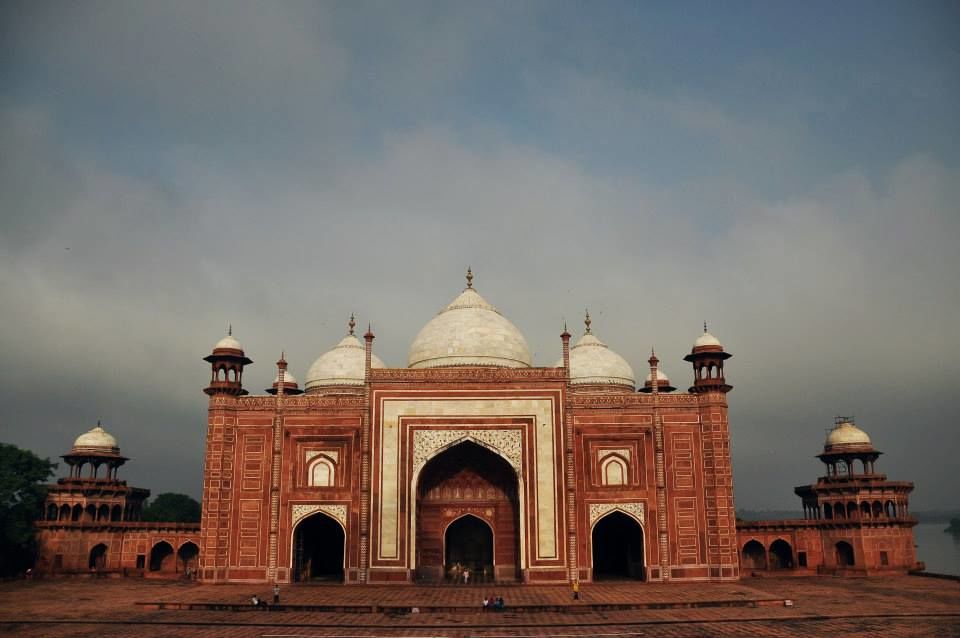 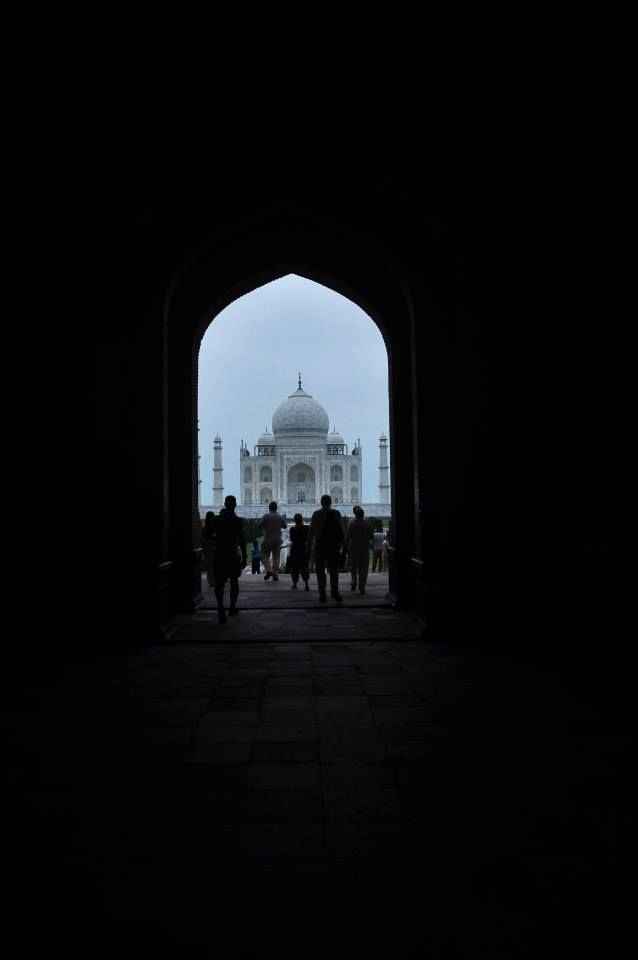 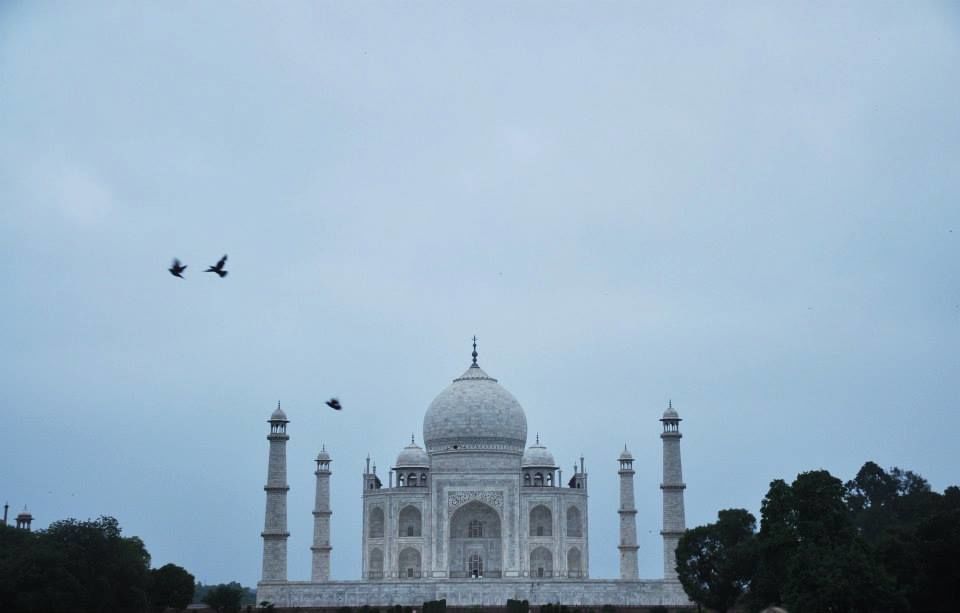 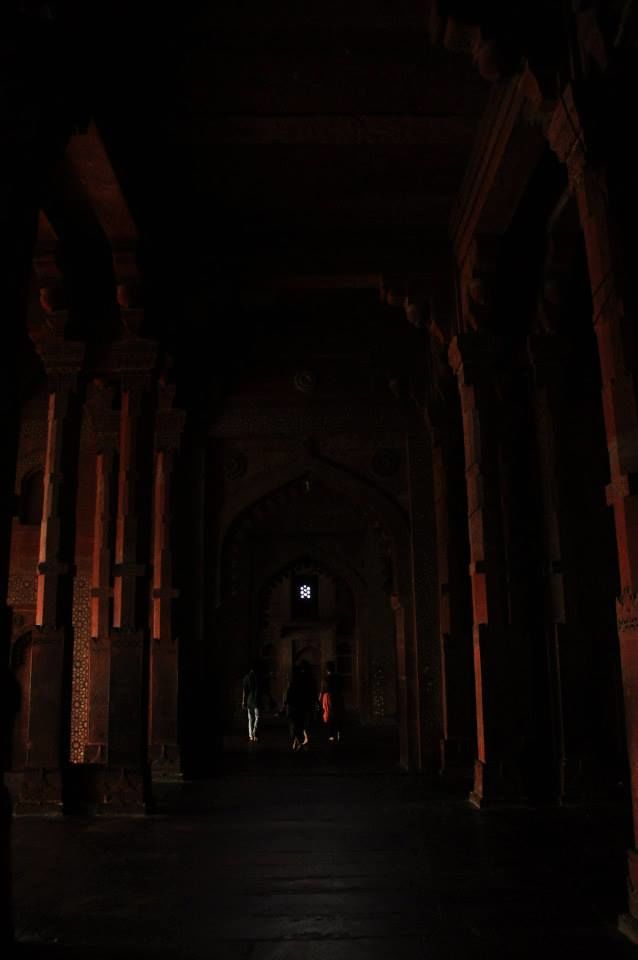 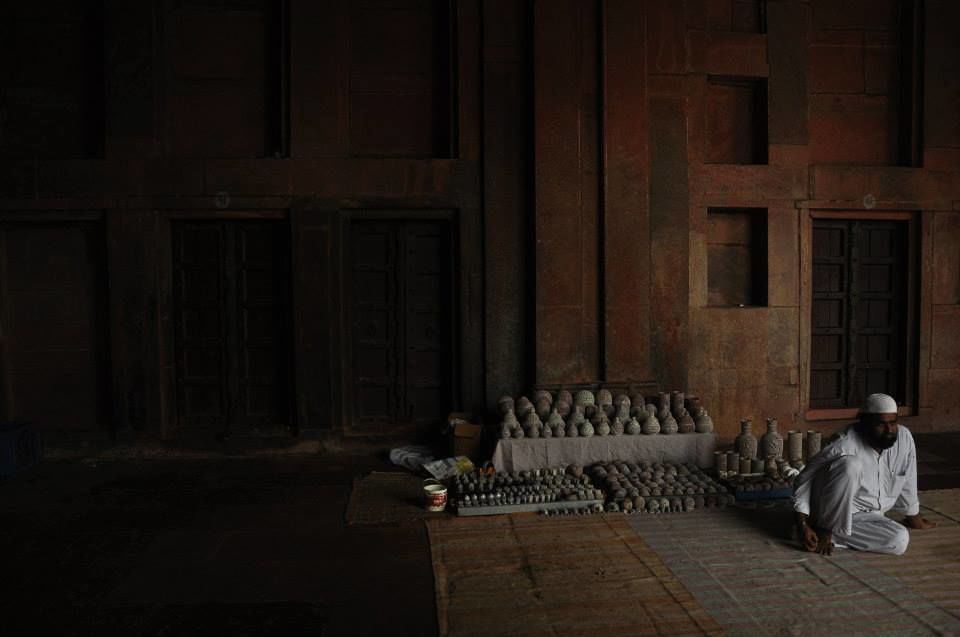 This trip is about looking beyond Agra's conflation with that world-famous symbol of love. We shall, therefore, quickly (as quickly as possible, that is) try in vain to describe that symbol, to try and convey what it is like to stand before it for the first time, before moving onto the two other places that must be on your itinerary if you find yourself in Agra.

So, the Taj Mahal. Agra is a city that centers itself around this structure. The city is fiercely proud of its heritage, fiercely proud to be the locale where the Taj had been constructed. The Taj Mahal has been synonymous with love, with stereotypical depictions of India, it has been considered a 'wonder of the world'. Its architectural brilliance, grandeur, beauty is beyond question. I have been lucky enough to see the Taj Mahal at two extreme times of the day- both revealing the monument in its own way. One, through the early morning mist, with the sun slowly rising in the backdrop, the dome of the Taj floating in a sea of mist, slowly revealing itself to sleep-starved eyes. And second, on a full moon night, the white marble bathed in the light of the moon, the moon reflected in the river that flows quietly by. Only one word can describe the Taj in that setting- ethereal. And in that moment, amidst that beauty and the silence of the night, I was also reminded of the fact that the Taj Mahal, besides being a symbol of love, besides being a symbol of "India", is also, and in fact, first and foremost is, a symbol of death. And in that moment, the Taj reveals to the traveler's gaze its true self- as the home of death, as the exaggerated, blown-up expression of grief- almost grotesque in its beauty. This revelation leads us back in time, back to Shah Jahan and the world of the Mughals, and we make our way to Agra Fort.

Compared to the beauty of Taj Mahal, the Agra Fort is stark, crude, almost practical. And practical seems to be an appropriate word to use, since forts were built to serve practical purposes. The structure that stands today was completed during the rule of Akbar in the sixteenth century. It was also the place where Aurangzeb imprisoned Shah Jahan for eight years. The local guide will take you to the room where the Mughal emperor was apparently held prisoner, and will point you to a window, from which, on a clear day, the Taj Mahal is still partially visible. It is a story you will want to believe.

Fatehpur Sikri, around 40 kilometers away from the city of Agra, was built by Akbar, and also served as the capital of his empire for a few years. The city houses several important historical structures including the Buland Darwaza, the tomb of Salim Chisti. The traditional Diwan-i-Aam (House of Public Audience) and Diwan-i-Khas (House of Private Audience), a House of Workship, and the mahal of the queen are also part of the architectural landscape. But since history is not just about facts and figures and architecture and kings and queens, but equally about stories and myths, of flamboyant side characters, there are two things that the traveler through history must remember to see. One, is the elevated rectangular platform from where Tansen's tunes supposedly caused the rain to come pouring down. The other is the Pachisi court, a huge chess-board like pattern on the floor, where the members of the court played their games, with women acting as the pieces.