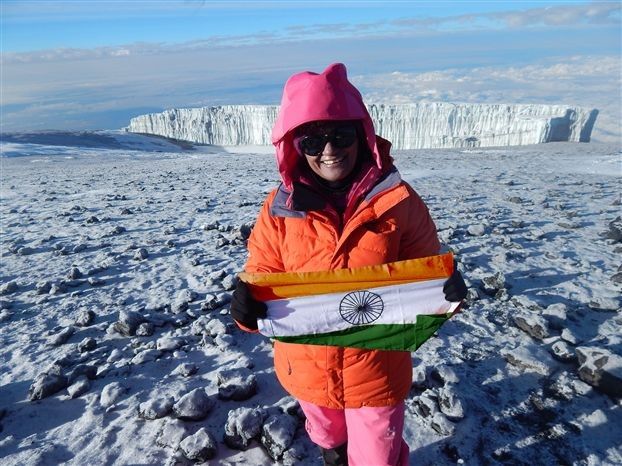 ITBP congratulated Aparna and broke the news to the world.

A 2002 batch UP Cadre IPS officer, Aparna has been posted at the Northern Frontier Headquarters of ITBP in Dehradun.

The energetic mountaineer has achieved many other feats. Kumar is the first woman IAS officer to have climbed Antarctica’s highest peak, Mount Vinson Massif.

Always fascinated by the mountains, Kumar did a month-long basic mountaineering course at Atal Bihari Vajpayee Institute of Mountaineering and Allied Sports. She then did an advanced course in 2014.

In January 2017, Aparna, along with a 10-member team of mountaineers, hoisted the tricolour and the flag of the Uttar Pradesh Police Service on Mount Vinson Massif in -35 degrees temperature.

In 2017, she also became the first Indian woman to climb Mt Manaslu, the eighth highest peak in the world.

Other feats include climbing up Mount Kilimanjaro in August 2014 and climbing Carstensz Pyramid peak in the West Papuan province of Indonesia in November same year.

In March 2015, the then Uttar Pradesh Chief Minister awarded her with the Rani Lakshmi Bai Puraskar. Aparna was also honoured with the special DGP Commendation Disc on the Republic Day, 2016 for her achievements.

This officer is indeed an inspiration for all the women out there in pursuit of their passion and dreams.