The Chilly nostalgia of Nainital.🏞 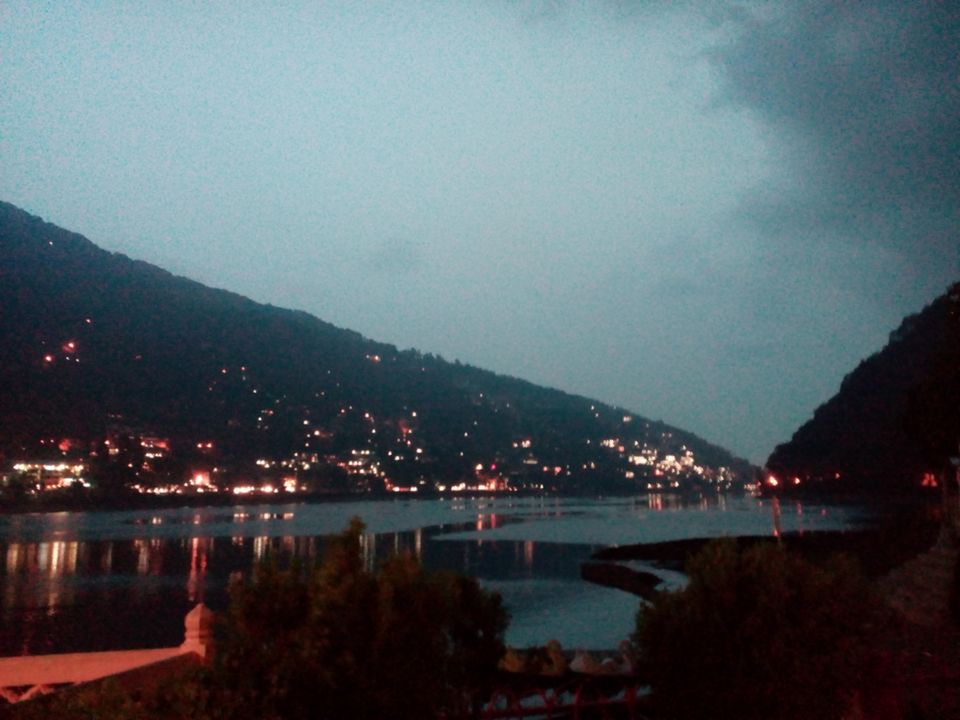 You remember that famous wallpaper of an Eye-shaped lake surrounded by forest covered hills and have those tiny boats in it. Yesss, that's the famous NAINI LAKE.

Nainital is a hill station situated in the kumaon region of Uttrakhand state. The place is settled around city's main attraction, it's beautiful naini lake. Surrounding the town is the large alluring mountain ranges including nanda devi, the highest peek of Uttrakhand. The city was founded during the British rule in 1918 to establish the first European house by P. Barron. Later, the town became summer home for the governor of United Provence.
This trip was probably my first trip towards the mountains. Sitting on the bench of delhi railway station writing in my personal diary about how excited I was for that trip. Because my train to kathgodam was 7 hours delayed. Finally we got in the train after spending the whole night waiting, most of the seats are vacant so the further journey was relaxing. We reached kathgodam at 12:30 noon. We had our early lunch and booked a cab to nainital. There started my first experience of stunning mountains and zig zag roads. The captivating mountains, those chilly breezes touching the face, and the sun beams penetrating the clouds. The feeling when you close your eyes to absorb the beauty around you. Take in all the energy. At every turn I felt an adrenaline rush in my body. I was amazed as how the cab drivers drives so smoothly on those winding roads. It took us almost 2 hours to reach there. We booked a room at Kapil's Inn. The place was small but cosy. So we relaxed the rest of the day.
We started early in the morning for horse riding at tiffin top and lands end.
The view was fascinating from the top.
We clicked some picture there and came back.
(Yes nothing bad happened here luckily, this horse ride was a success unlike the other one.. You know if you read my kufri blog)

The next stop was Himalayan botanical Garden, situated at smanora range. In spite of the scenic landscapes, it is the home of a large variety of grasses, herbs and many flowering plants. That was overall stunning and calming experience. I got to know about this unique flower called HYDRANGEAS which changes it's colour according to season and soils. And present in that part of the region. You'll see them if you visit vashnavi devi temple.
At last we reached the Naini Devi temple, situated near the naini lake. The temple was beautiful. But the most beautiful thing is not just that, it's the cultural diversity we saw there. Next to the temple, gurudwara shri singh sahab is present. And opposite of these two, jama masjid is there. The peace and Transqility and the magnificent view of naini lake from them was the wonder to see.
The climate was suddenly changing and became cloudy and chilly breezes started to flow. And obviously we weren't in the proper attire for that condition. Within seconds rain started to pour heavily. The air was getting cooler and we were stuck in the market near the temple. We had to buy some warm clothes from the market. Wet, cold and starving we reached at small restaurant to have dinner. When the rain stopped we reached the hotel.

Nainital is literally the "city of tals" meaning lake, from horseshoe shaped- khurtal to Garudtal and kamaltal. There is 7 lakes in total. Bhimtal is the biggest one. Next morning, it was our first stop. There was an island  aquarium at the center of it, where a good variety of fishes like piranha were present. Which I found very tempting.
Then we went to sattal, where I had my first adventure sports experience of zip lining and rope jumping. That WAS an important event in my life you know.
If you remember that scene from the movie "Vivah" when prem and poonam were in somsarowar and visiting this temple with lots of hanging bells everywhere, that's The Ghorakhal temple in nainital. Really the love is in the air. Haha..
Well then next day we covered the remaining places like eco caves and snow view and left for mukteshwar.
Mukteshwar is a small village in kumaon hills. Most famous for the shiva temple called mukteshwar dham which is situated at the highest point of the village. That is also famous for adventure activities like rock climbing and rappelling.The shiva temple is beautiful but the view from the top is more charming. One can make a pit stop at the place to stretch your legs. Don't expect too much from the place.

We finally reached ranikhet in the evening. And check in a hotel at the outskirts between the dense forest. When we were having dinner at a restaurant just below the hotel we witness the most intense bull fight ever just outside. And soon after that we were climbing up the hotel and we heard people screaming and running. We went to the balcony to see what was going on and we found out that a leopard was seen just now at the back of our hotel, as the forest nearby is part of the ranikhet sanctuary. It took about 2-3 hours for everything to settle down. It was an exciting night.
Ranikhet is a small cantonment town or an army training base. The place is still an untouched region. So you won't find much tourism there. The next day, we went to explore the area.
The kumaon regimental museum give to the more brief on the history of kumaon tribes. Those people played a big role in World War II, kargil war and indo-china wars. Which I'm sure most of us are not aware of.
Then we went to golf course, if you are the person interested in golfing that's the perfect place for you. But we went there to just lie down and soaking the summer heat in the cold weather.
To all those ladies who love a
Shopping souvenir, you can visit the handloom factory and buy some handmade sarees.
Then to the Jhula devi temple, where a tiger from the nearby sanctuary supposed to come every night. That's odd, but people believe I guess that he came to pray jhula devi for the betterment of the forest.
The next stop was definitely the Apple gardens. Those terrace farms of green raw apples were just too adorable to see.
Then we visited some more temples on the way back. Haidakhan temple and chaubatia can be visited too. And if you are an adventure junkie you can try trekking and camping, rock climbing and fishing too.

That's the end of the trip and coming back I realized one thing that I've fallen in love with the mountains. I hope you enjoyed reading it as much as I enjoyed writing it. That was a throwback trip and really brings back the nostalgia. If you like it please comment below.