The Immortal Beatles And Their Ashram In Rishikesh

What do you generally visit Rishikesh for?

Is it the thrill of the furious rapids offered by the Ganges, is it sitting besides the holy river making you realize there's more to your existence than just looking upto corner offices or just being in the societal calamity we live in. Or does your inner animal urges you to be a part of the numerous adventure spots that the picturesque town offers you. 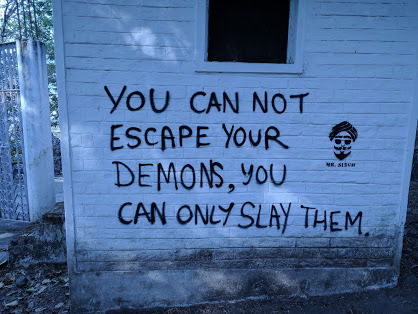 While the objectives were clear from the word go and we just wanted to make merry (that means drinking in spartan J), we ended up not having much. I was simply blown away by what Rishikesh can offer more. I along with my friends managed to relive what the Beatles must have and in words of a dear friend of mine, "the world has surely F*C**D itself up post that era".

While its nothing out of the ordinary for the minds who don't believe in the existence of greatness but the Beatles Ashram as its popularly was the highlight of the visit. 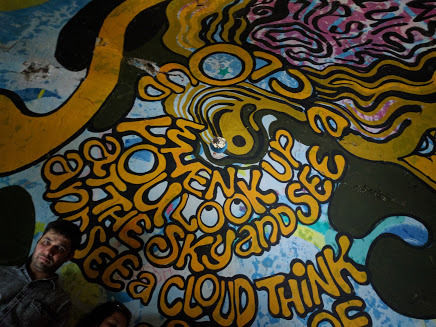 Whatever the reason may be, Rishikesh is one of those places that you never get tired off, no matter how may number of times you've visited. Sure, if you think about it right now, you may come up with a better place but you still wouldn't strike Rishikesh off as a fine option. 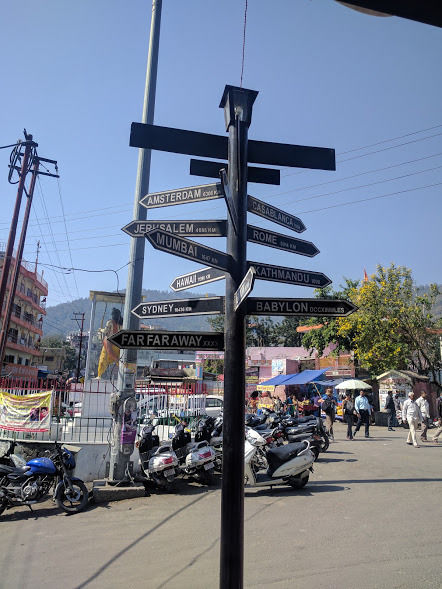 Like the rest, I've visited Rishikesh for rafting, the mountains and all the wrong things that we end up doing in the triptown of the Himalayan feet.

But this time, it was different!!

How to reach the Ashram:

Interesting fact: if you try to find the Beatles Ashram on the GPS, you'll probably roam around only in circles and circles. Especially if you've driven down to Rishikesh, you'll probably want to burn your car coz of the short roads and everyone over there looking at you like ... "Dude..what the..."

Anyways, although you can take a ride or drive straight at the Ashram doorstep, the best way to reach is by a walkthrough from the iconic Ram Jhula. The very long and surprisingly narrow Jhula is a tourist attraction and for the right reasons. Why surprisingly narrow, as I think the state board should hang a board outside the Jhula stating that bikes and motor vehicles not allowed. No kidding, we barely managed to click a few uber important selfies even when we risked our lives with bikes and cows going berserk on the narrow route

Finally off the Jhula, we encountered one of the most filthiest routes in Rishikesh and a hippy marketplace before ending up at the Ashram. The marketplace was rather interesting with native German bakeries (pun pun pun) and some souvenir shops for tourists as well.

We met a friendly wierdo (lots of them on the way to the Ashram) on our way, rolling one and happily singing Beatles songs. He told us specifically to check out the meditation pods (that were hard to miss but nonetheless) in the Ashram.

We listened to a few good numbers and off to the Ashram again. When we reached the Ashram finally, we thanked our stars that the long trek (actually more of a walk but a trek makes you feel better doesn't it), yeah the long trek was worth it.

The place was mesmerizing from the moment we paid money to enter the ruins. They take a humble Rs 150 from Indian visitors and Rs. 600 from foreign tourists.

What can you expect:

Here it was right in front of us. the gripping sight made me feel like like am in a video game or was straight out a disney production if you have that imagination. The castle of the fab 4 - the meditation mansion - the Beatles Ashram. The Beates came to this quiet and quaint abode in 1968. They spent a few weeks doing what we all only can dream to do - NOTHING. Just enjoying what life is supposed to be - breathing freshness and incense, being spellbound and creating their magic (songs, what else)

Around 300-400 meters inside the Ashram, we were greeted by small igloo sized stone hovels in which people from the golden era meditated and slept. On stepping inside one of them, we entered a different realm. The word 'Groovy' suddenly made perfect sense to me. Graphites, pictures, messages, you had everything there. Plus the third dome had Lenons imagery and messages which just makes your day of you are a fan

The travelers at heart will enjoy the architecture of the Ashram ruins at a completely different level. The multi-story structure has pyramid style designs and grandeur.

After spending countless hours (without doing anything 'productive') at the Ashram, I realized that the Beatles as well as Rishikesh left an impression on each other. Rishikesh was immortalized after the great ones visited, literally the place till now is a paradise for soul searchers and paradise seekers. For the great ones, well, not so much as some old interviews indicate they expected more out of Maharishi they visited. They expected magic, which again is so naively beautiful that makes you love them more. But yes, they did admit in their interviews to further reaffirmed their appreciation for meditation.

While the dense forests and its complementary wildlife is reclaiming the Domes like almost everything else in that Ashram, it would be unwise to leave this place out of itinerary the next time you pay a visit to Rishikesh

"We sort of feel that Maharishi for us was a mistake, really," John Lennon told an interviewer in May 1968. "Meditation we don't think was a mistake. But I think we had a false impression of Maharishi, like people do of us, you know."

Paul McCartney said: "There were we, waiting for someone, the great magic man, to come."

This post was originally published on Unsettled Indian Rover.