In Van Diemen’s land: My travels in Tasmania - 2 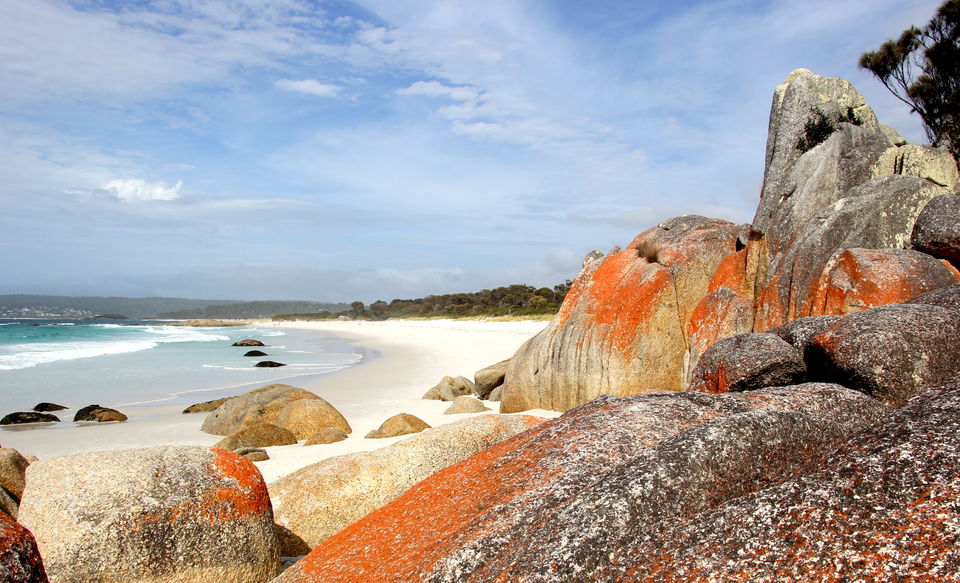 Pitstop #1: The Bay of Fires

Our first stop was the gorgeous white sands of the Bay of Fires in the eastern coast of Tasmania. The appellation goes all the way back to the early age of English exploration, sometime in the 1770s, when Captain Tobias Furneaux spotted Aboriginal fires on the coastline, thereby naming it the Bay of Fires. Another less popular theory is attributed to the fiery, bright orange lichens that colour the rocks on the beaches here, hence the Bay of Fires. 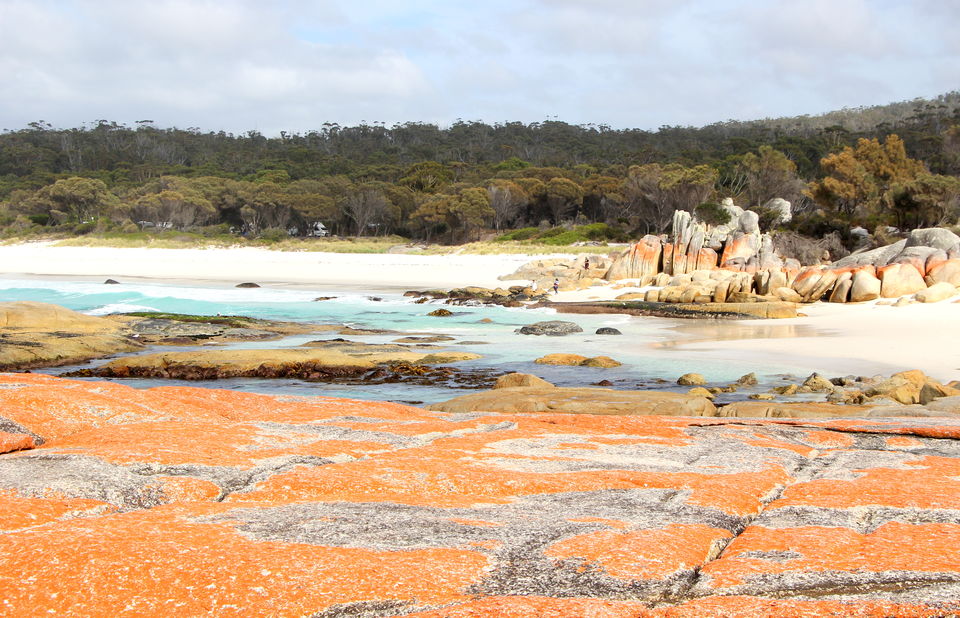 While most of Tasmania – and in a way, Australia – is a British legacy, it is interesting to know that the prologue was quite different. It started with the intrepid Dutch explorers who were already based, not far away, in the Dutch East Indies islands of Indonesia. The island’s name – Tasmania itself, is a tribute to Dutch explorer Abel Tasman, who sailed these waters way back in the 1640s – more than 120 years ahead of James Cook, the British Pioneer who mapped Australia in much greater detail, leading to its establishment as a penal colony for Britain in 1788. When Tasman sailed these waters, he called this part of the Australia ‘Van Diemen’s land’, after the then governor of the East Indies. It was also Tasman who named these countries New Holland (Australia in those days) and New Zealand (Zealand is a province in the Netherlands). Later on, in British times, explorer Matthew Flinders is credited with coining the name ‘Australia’. It was also Flinders who sailed through the Bass Strait that separates Tasmania from the mainland, thereby proving that Tasmania was indeed an island, contrary to popular beliefs in the 1800s.

Coming back to our first halt for the tour, we stayed in the sleepy coastal village of St. Helen packed with just enough amenities to balance tourism with solitude and peacefulness, just a few kilometres south of the gorgeous beaches of the Bay of Fires. The drive from the Launceston airport to St. Helens was my first exposure to the Tasman lands, and to be honest, traveling in end autumnal April, the greenery was disappointing. Maybe I made the mistake of comparing Tasmania to lush green New Zealand, another island not far away. But as soon as I self-corrected that, I was able to appreciate the terrain far better. Stark, dismal and dry, yet beautiful – stretches of the road were hilly, and extremely fluctuating. While some parts resembled a lifeless dull grey cold desert like area (think Ladakh), the next minute you are driving by a gurgling stream that had miraculously made its banks verdant with green shrubs and tall trees. This variance in the vegetation, coloured in yellow, brown, green and grey, interspersed with the rare reddening of leaves in preparation for Autumn made for an interesting drive. 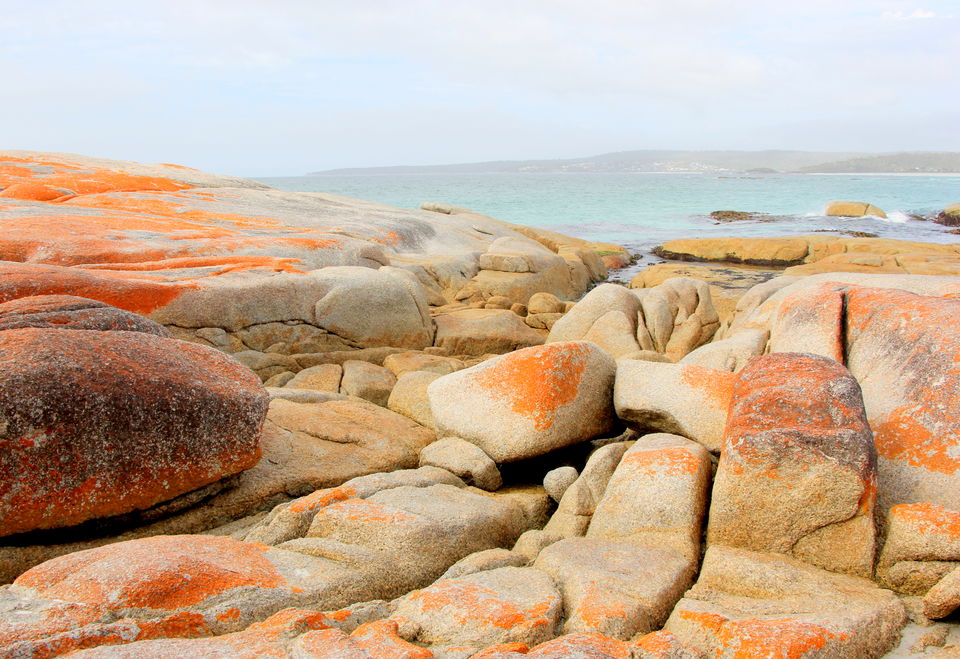 St. Helen was another quiet little place, but the main card was drawn the next morning at Cosy Corner – one of the best beaches on the Bay of Fires, renowned for its orange rocks. I must admit that the beaches of east coast Tasmania are just brilliant. Featured regularly in the list of top beaches in the world, they surpass the usual expectation of white sandy beaches and azure gentle waters, backed with green gnarly trees. What adds to the punch, and the colors are the vibrant orange lichen that dramatically colours the landscape with contrasting hues. The orange comes from lichen that has spread across the large granite boulders of the numerous beaches along the bay. But there, standing at the beach in the bright blue waters, the granite rocky outcrops reminded me of Seychelles, due to similar rocky structures in the most popular beaches of the island. 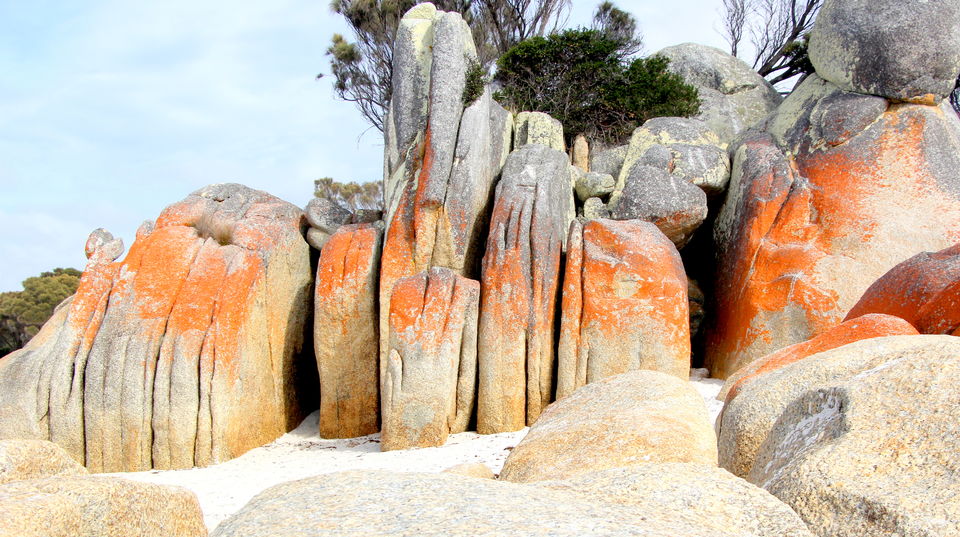 Above: The rocky outcrops of granite on the beach, so reminiscent of the beaches in more popular Seychelles - oh, can you spot the hand- like structures on the rocks?

The other place I got reminded was of Montague island, faraway in southern New South Wales, that had similar orange lichen. Maybe, the lichen had spread all around the eastern Australian coast where granite abounded, thousands of years back, until sea waters rose and inundated the coast, leaving the lichen in the more elevated rocky outcrops of Montague and the Bay of Fires as we see them today. 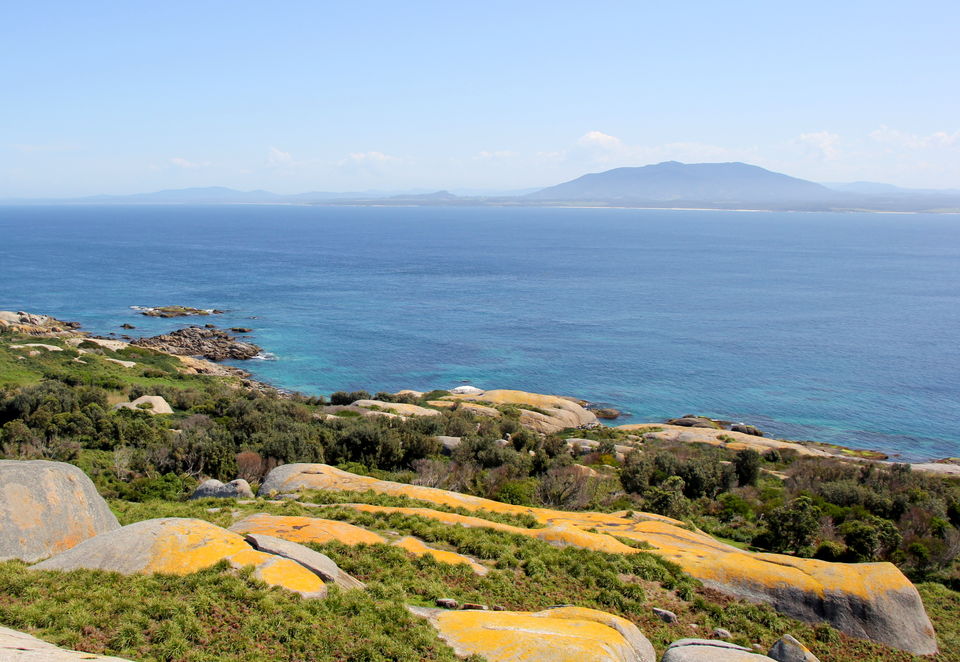 (Above: Similar orange lichen that I had spotted on Montague Island, NSW years back. I have not spotted the same on the NSW coast so far in my travels though)

What also amused me was the sheer lack of people on the stunning Cosy Corner. Transport this piece back to NSW and it will get inundated with the beach lovers in no time, but here, faraway, the island had its impact of rewarding the best only for those who seek. As the saying goes, it is always less crowded along that extra mile. Not that I minded my solitude in paradise one bit…