The Adventures of Ananthagiri 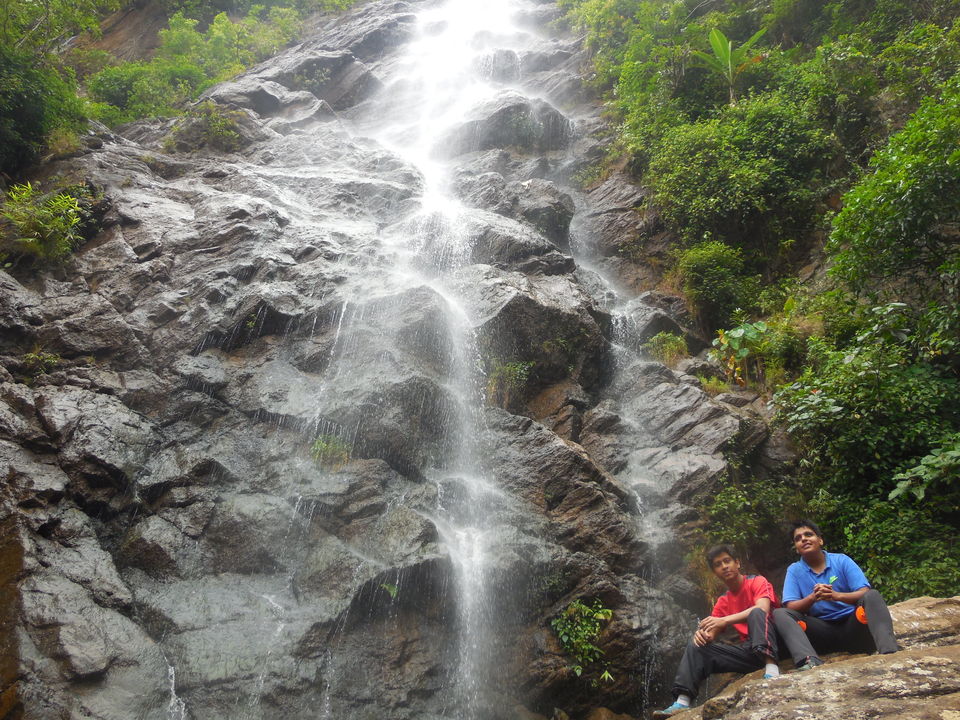 We found ourselves back in our hometown after 2 whole years for Eid celebrations with my uncle and his family. We reached Vishakapatnam one day before Eid. The plan for the next day was pretty clear and everyone was all ready to celebrate the most auspicious day after a month of fasting.

So after the morning prayers and breakfast, south Indian style, we headed to our respective homes and exactly 2 hours later, 6 families, were off to Ananthagiri, a hill station 4-5 hours from Vishakapatnam. We had a heavy lunch enroute, and still found the courage to embark on the well-trodden road ahead.

The road ahead of us was breathtakingly bewitching. The mountains on one side stood tall, showing off their taint less, lush green allurement. On the other, was the gushing river, meandering along with the road, recently augmented by the exquisite rains. The site that the nine pairs of eyes (in one car) beheld, proved to be the object of fascination much needed for elevating the pleasure of this getaway.

It was dusk when we finally reached our destination. We parked our respective vehicles and headed for the most needed beverage of every Indian, CHAI (tea). There was nothing much to do to pass the time, as the majority of the travellers were youngsters. Before reaching our rest house we saw a bunch of locals playing volley-ball. We approached them and till dark there was a fierce match going on between the team of my cousins and the locals. The locals were indeed a tough competition.

When the nature forbade us to loose any further, we headed to our rest house. While we were struggling to set up the tents, the most amazing dinner of our lifetime was getting ready. Tired and exhausted we ate as much as we could, and headed of to our tents. Before sleeping the biggest challenge we faced was, how to fit in 4 people in the tent, which was meant for two. Everyone wanted to experience the rough sleep of tent, leaving behind the luxury of comfortable rooms already provided. Some of us were willing to rough it out, while others just wanted to sleep it off (Mostly the elders were involved in "others"). The ones who did not get a chance to sleep in the tents, and wished to do so, made it their mission to scare us off. But we were so tired that not even a real ghost could scare us away, let alone the "ghosts" the we knew.

I woke up to an absolutely amazing view. After having a delicious breakfast we all headed out to the most Adventurous trek of all of our lifetimes. We parked our respective cars in the middle of the Ghat roads, and headed down to a path which seemed to lead to know where.

We started on the path which was at an angle of 60 degrees approximately. The further we went the steeper it got. The path was a small pagdandhi amidst the lush green wild mountain grass. The fresh rain had loosened the mud making it slippery and very difficult to walk on. The path turned and twisted in every nook and corner. No corner was left where one of us did not slip. As hilarious the walk was, it was extremely dangerous as one side was the danger of the lush green animals and on the other side was a deep trench, going straight down, and the person on that path would go straight up. Embarking this journey was not only the risk of our legs, but our lives to! But we did it anyways!

Tired coming down the slippery road, we saw a villager climbing up. We asked him how much further down was it to reach the falls, instead of answering us, he just scanned us and asked why in the hell were we coming down this road. Climbing further down, we could see the magnificent falls, but were not able to see the approach road. It terrified us. The last lap of the trek was, either go for it or you fall of the deep trench. We had no choice, we were already there, we couldn't go back because of the steep climb. So each of us sat down one after the other to get to the waterfalls. The people who were already there helped us by forming a chain and giving each of us a hand while we made our way down.

Whatever the hardship, whatever the road, the view of the destination was absolutely PERFECT. The mini heart attacks on the way down proved to be totally worth it when we actually reached the spot. Without waiting for even a single second, all of us were in the cold, beating water washing away our tiredness.

After having a heart warming bath, we headed to the ascending path of our trip. As dangerous the descend was, it was more tiring while climbing up. We did not go back the way we came, but took a different road which was easier but longer, but safer, much safer.

Finally after a demanding ascend we reached our cars, ate whatever we found as we were all extremely hungry and headed for the hotel, where an absolutely delicious lunch was waiting for us. We spent some time in the hotel where most of us were sleeping, but whoever was left i tried to scare them of with my singing but that did not happen. And of we were meandering down the beautiful ghats headed straight for our respective homes.