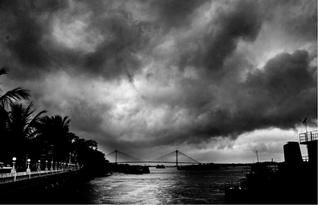 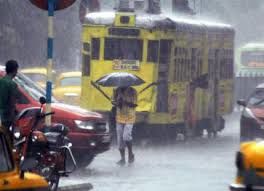 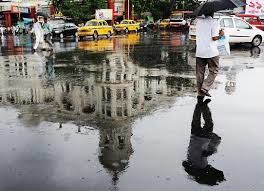 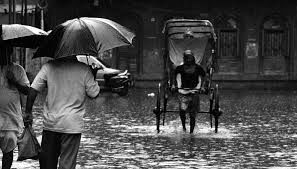 Loud horns are so annoying when stuck in a traffic,and when you are in Kolkata you need to get used to it.Stuck in traffic for about half an hour,I turned the volume high of my car radio and sat back cursing the Kolkatan traffic.The radio was playing one of my favourite tracks,"barso re megha",I rested my head along the car window just then some soothing breeze trespassed through my cars window,and blew away all the stress loaded in the air after a hectic day.I sudddenly realized it has turned dark forcasting the arrival of first shower this monsoon.Loud sounds of thunder and sky-splitting lightening surpassed the congested road's noise.With a wand of fate I decided to turn my car and drive to one of the road side tea-stalls where we used to have long chats on our way back from college.

As I crossed the Gariahat road,drizzles and showers had already started.My eyes went on some school students splashing water all over.There was so much joy in their faces,their eyes glittered with carefreeness,they were just enjoying the first showers. 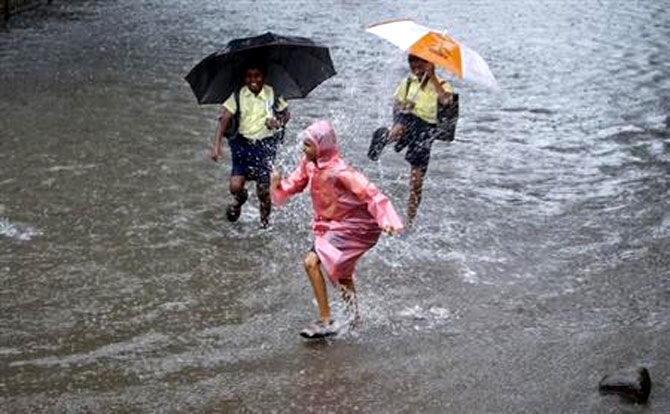 On the other hand the stalls on the Gariahat road were hurrying to wrap up to prevent their stuff to get wet.In their hurry these grown ups missed the petrichor(The pleasant smell that accompanies the first rain after a dry spell)  of first shower.

As I drove alongside Dhakuria lake on a water logged road,I couldnt help but stop my car to gaze at the mighty sky.It had turned Blackish red with lightning spells and dense clouds revolving around the tall coconut tree alongside the lake.The sight was mesmerising and thrilling at the same time. 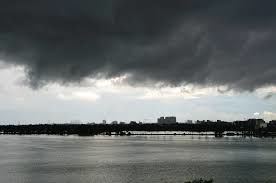 just then I realized that I have always wanted to visit Victoria during the showers.Hence this being  the perfect occassion,I drove in. 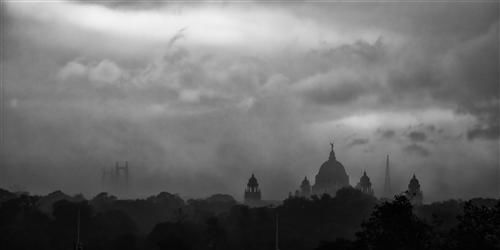 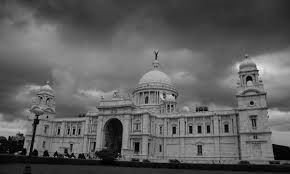 This was she,the monument of beauty all the more beautifull after taking its shower.She was fresh,vibrant with its peak emerging out from the dense black clouds.She welcomed the first showers will all that she had.The fairy on her peak seemed dancing in gratitude.

My hunger for nature's beauty increased hence I drove to the Ganges.I crossed Esplanade on my way.The dusty roads of Kolkata was glittering as the rain washed away all its dirt and dust. 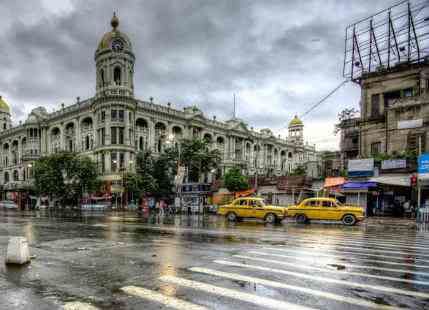 On reaching the ganges at Princep ghat,I stood awe-struck as I watched the sky change colours. 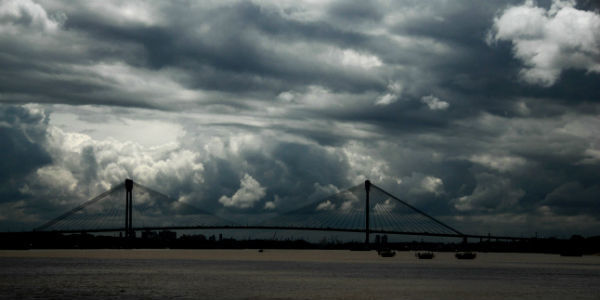 It was magical,or I may say it was frightening.The water was whirpooling,the sky was thundering.There was apparently no boats in the Ganges.I sat under a shade and witnessed those mesmerising views that my city surprised me with.

As a Kolkatan.I have always complained of water logged roads during monsoons every year,but it took me so many years to find out that this city has a city within where monsoons are amazingly beautiful .This rain splashed Kolkata made me fall in love with her all the more again.

Stuck in huge buildings,we often miss out what nature has in stock for us,something that no monetary pleasure can offer.In a city where the sky is getting hidden by the tall buildings,look at the bit of sky that is still open for you to breathe,to still find clouds making animal shapes and birds returning at dusk.

P.S-Remember buildings will get taller,but your life will gradually become shorter.So make the best out of your existence today.Love your city,love your people The city surprises you everyday,it is just you who has to notice it.