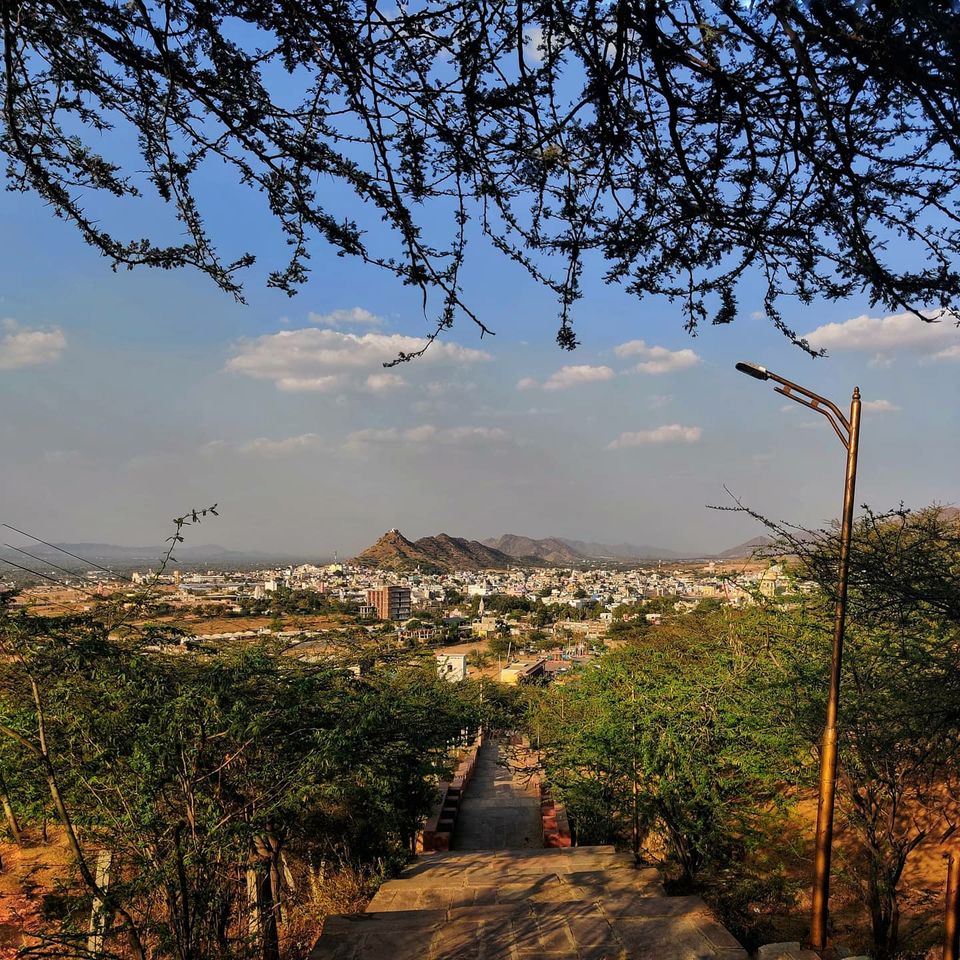 I have always heard that Pushkar has the best Holi celebration in India. And so this time i planned to be there for the Holi.I took suggestions from my friends and then they told me there is this place in UP, Mathura & Vrindavan where the real holi happens. But then since Pushkar was in the first place i decided to be in Pushkar.
I took a train to Ajmer on a fine evening from kochi. There is only 1/2 trains in a week. It took me 3days to reach Ajmer.
I had a booking in Ajmer but i didnt like the place and the gullies there made me feel so unsafe so i took a bus to Pushkar. Pushkar is just half an hour away from Ajmer.
Moving to Pushkar gave me memories of our hairpin roads to Wayanad. Through the mountains i reached my destination. I stayed in a hostel called Elephant Pushkar , which is near to one of the ghat. And the hostel has entries from all the 3 sides. The hostel was really good, and the people were so welcoming.
It was around 7pm when i arrived. I just got freshen up and just took a stroll over the streets. The streets were not fallen asleep.Saw the beautiful lake by which the pooja's were happening. Sat there by the lake and saw the wind touching every soul there.

The very next day i got up early did my workouts , and saw these little cute babies running around the corridors of the hostel. Tenzen and Amara. The childhood friends who are here for their holidays. I took a shower and went to Ajmer.
Ajmer has nothing other than the busy city and busy street. I just didnt feel like staying there for long because of the crowd. I visited the Khawaja Gharib Nawaz , and the Adhai Din Ka Jhonpra.

On reaching Pushkar back, i went straight to the Market. I must say that Pushkar has the cheapest and the best market in india. everything you see is so cheap and quality wise the best. Walking through the market my eyes got stuck to a door which lead me to a beautiful Jain temple. A peaceful temple where i couldn't find anyone. The bell that hang broke the complete silence it had. I again started to walk by and found the @moustachehostel , for a second i had a thought of staying there. The beautiful hostel of Pushkar. From there i again walked to the streets and saw the Brahma temple.Many says that its the one and only Brahma temple in the world and i have read there are total of 8 brahma temples. I am not sure of that so am not commenting on it. Jagatpita Brahma Mandir is a Hindu temple situated at Pushkar in the Indian state of Rajasthan, close to the sacred Pushkar Lake to which its legend has an indelible link. The temple is one of very few existing temples dedicated to the Hindu creator-god Brahma in India and remains the most prominent among them.
Returning from the temple i saw a camel man coming after their long camel ride. He took me around the रेगिस्तान which means dessert where the camel fair happens. After the one hour camel ride he dropped me infront of the entrance to Savitri temple.
The savitri hill or the Ratnagiri  is around 750 feet elevated. And it has around 1000 steps. They also have a cable car service tk the top. But the real fun is climbing the stairs.  It is believed that harder one tries, the more tapas (heat generated by penance) is gained.

So the story of Brahma , savitri and gayatri goes like this :
one day when Brahma was performing yajna at Pushkar, savitri couldn't reach ontime and so brahma had to do the yajna with a local girl named Gayatri. Who later became the second wife of Brahma. This annoyed  Savitri and she went to the Ratnagiri. After this incident an  agreement was made thay Savitri will always be worshiped first and then Gayatri. Tradition still continues – first arti is performed at Savitri temple and then at Gayatri temple. The idols of both Savitri and Gayatri are now installed at the savitri temple.
On reaching the savitri hill you get the complete view of pushkar which is surrounded on three sides by hills and a lake in between. To a beautiful sunset one must come here. You get to see the complete golden rays falling down to the cities lighting up. I met JOSCO on the way to savitri and she accompanied me all the way down to the market.

I stayed at Pushkar for 5 days and got to meet many beautiful people.One among them was my room mate @rhytm.kapoor .
we talked for hours every day. Bro i miss you. Walking down the ghats and sitting near to the lake gave me goosebumps all the time. The crazy cold breeze touching my soul everytime gave me another hope to life.
For another sunset the lake is an option, were you get to see foreigners performing different acts like hoola loops, fire dance and many.
It was so relieving at pushkar..the evening aarti amd meeting people daily..with the good food . coming to the food..you must try the south indian food that gets in the streets by an aunt and also the street chowmein is another must try. For gret juice and muesli  you must go to sonu's juice shop.
The market at pushkar is what am missing now. And the people i met. you get lost in pushkar. There is no need of a vehicle to explore pushkar. Pushkar gives me memories of gokarna. i dont know why.

So the reason why i went Pushkar was to celebrate the holi but then i didnt do that because i really didnt feel like. yeah mood swings happens.
Pushkar is still calling me back. i think i have forgotten my soul there.
Pushkar is a must go place.

Below is a day wise itinerary for ajmer and pushkar. Please do check them out .

Also must try the street food and the marker of pushkar.
Nest hostel : @moustachehostel 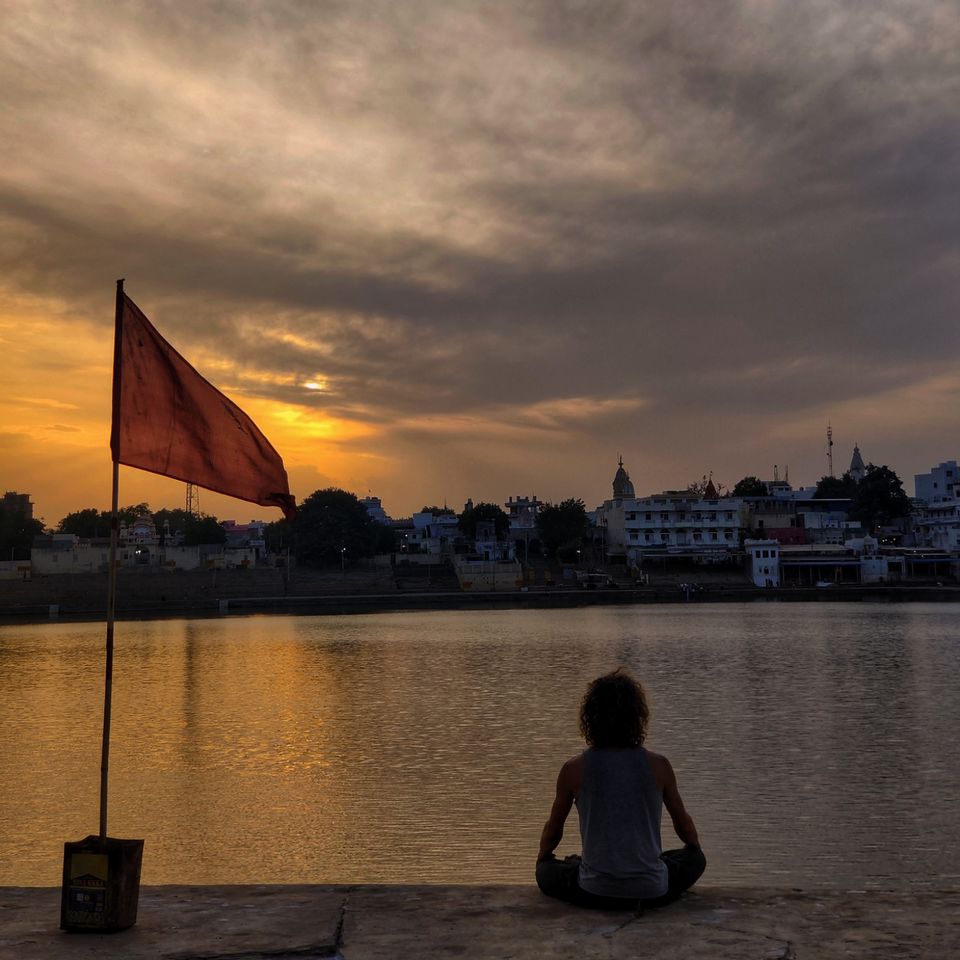 View from the middle of the hike to savitri temple 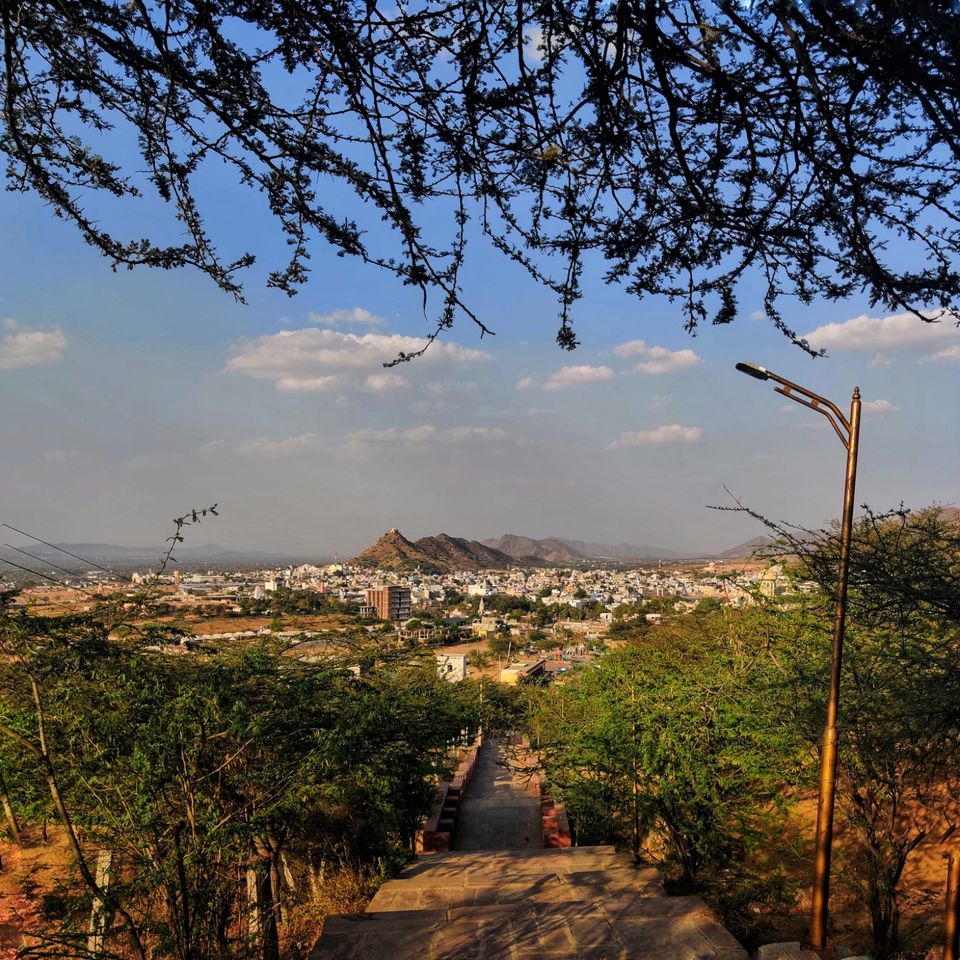 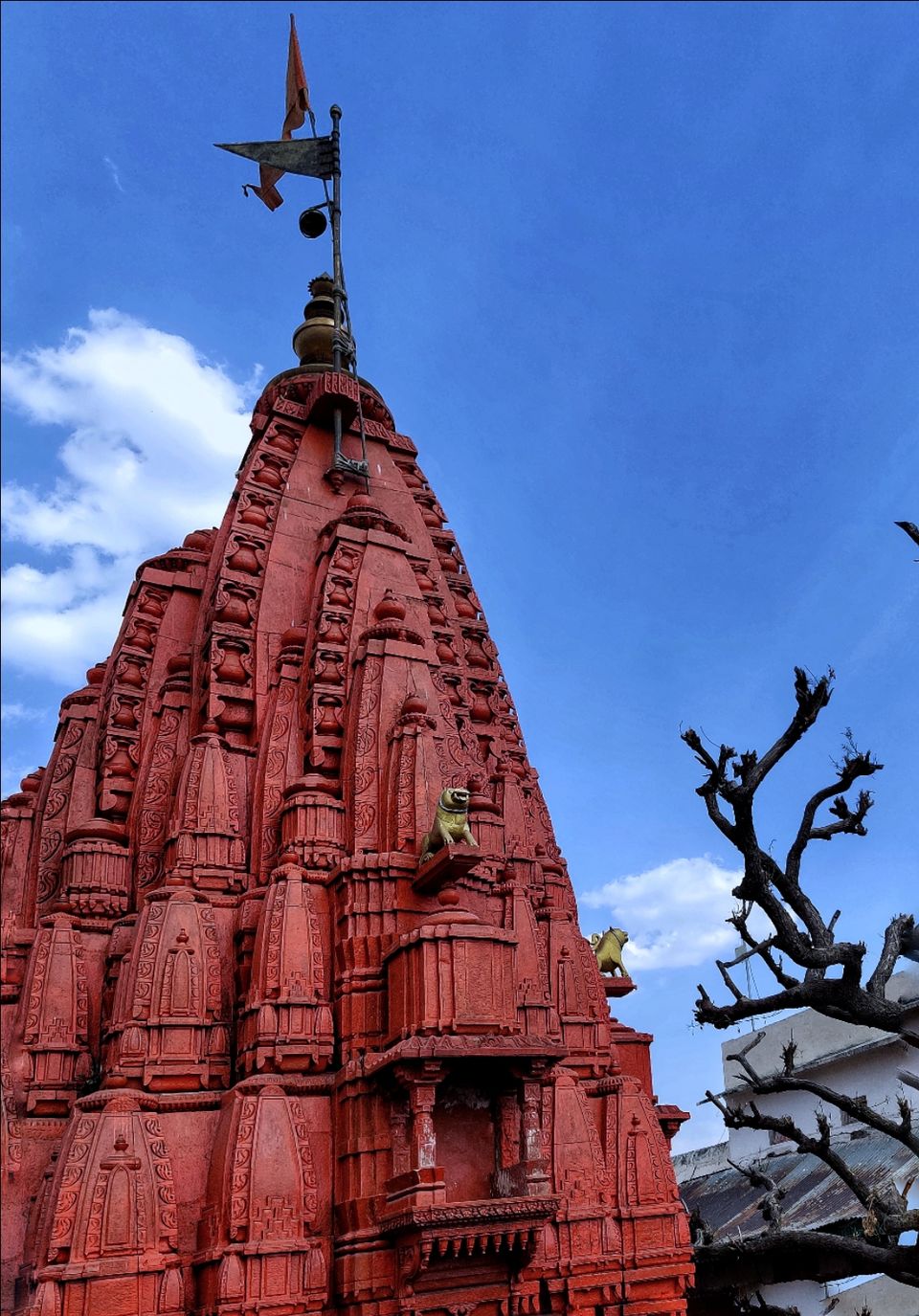 Jain temple inside the market 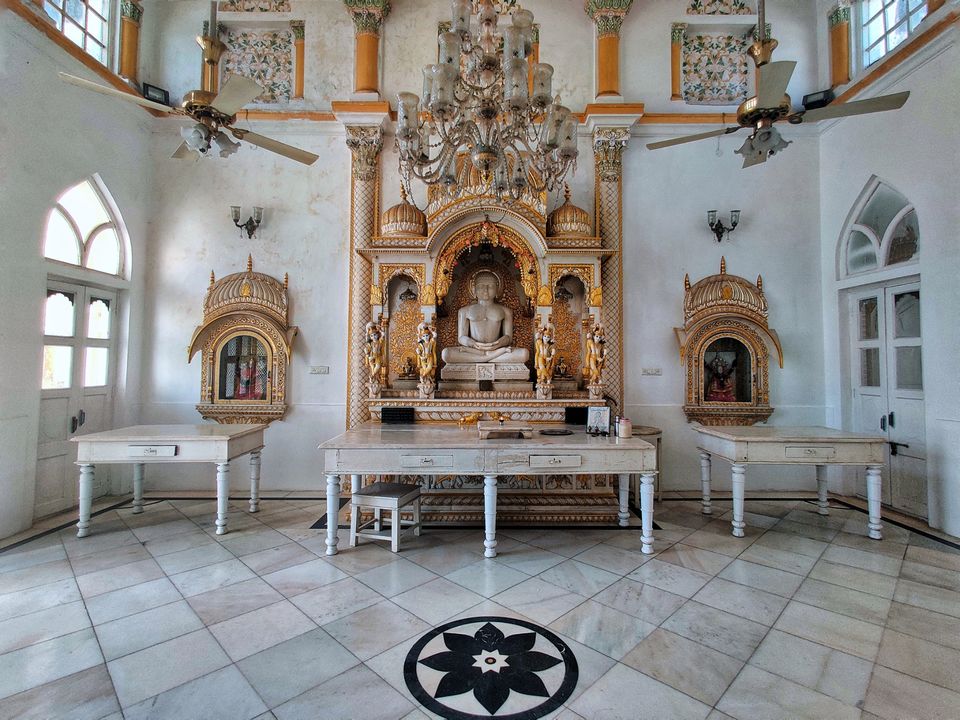 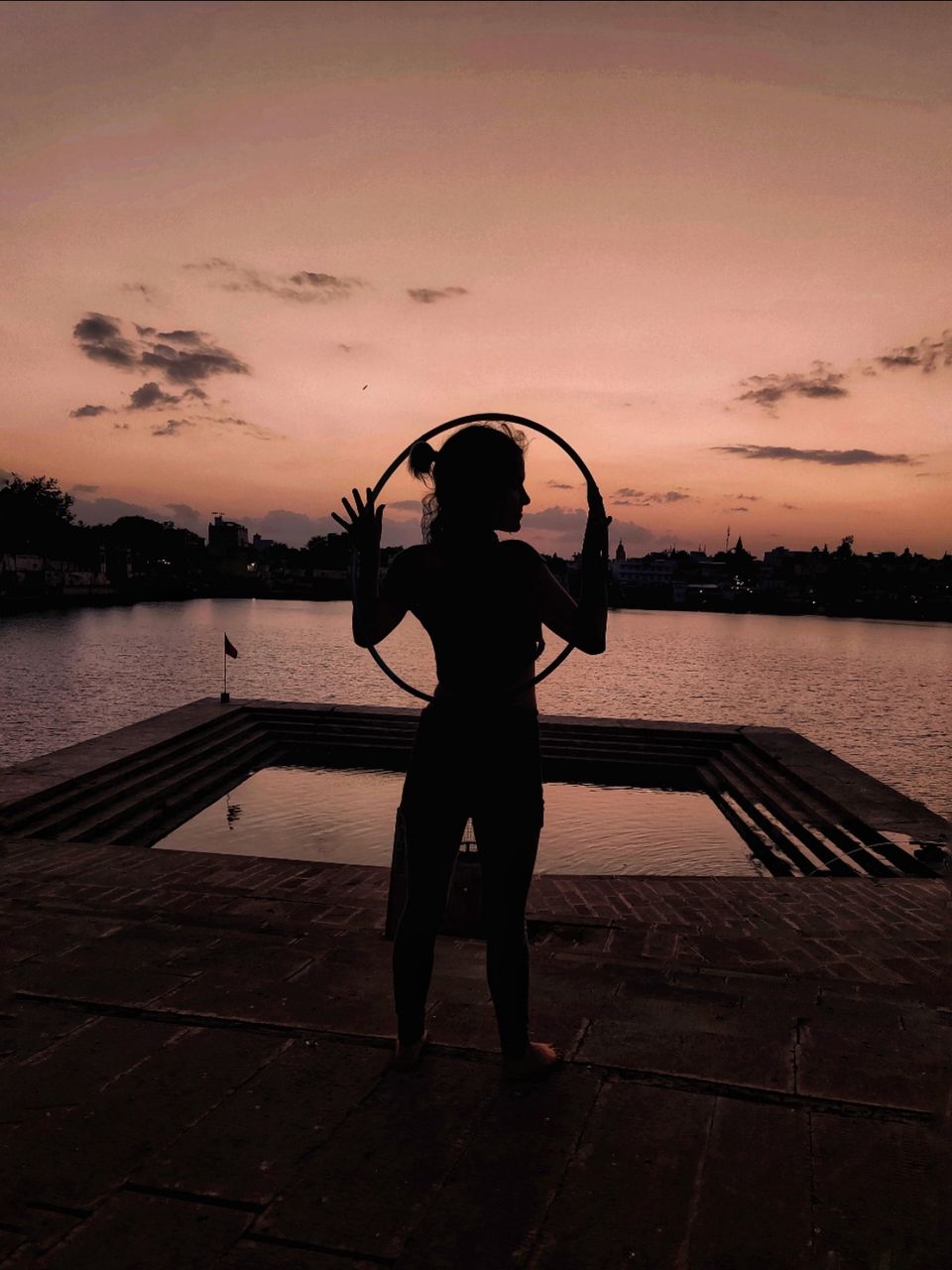 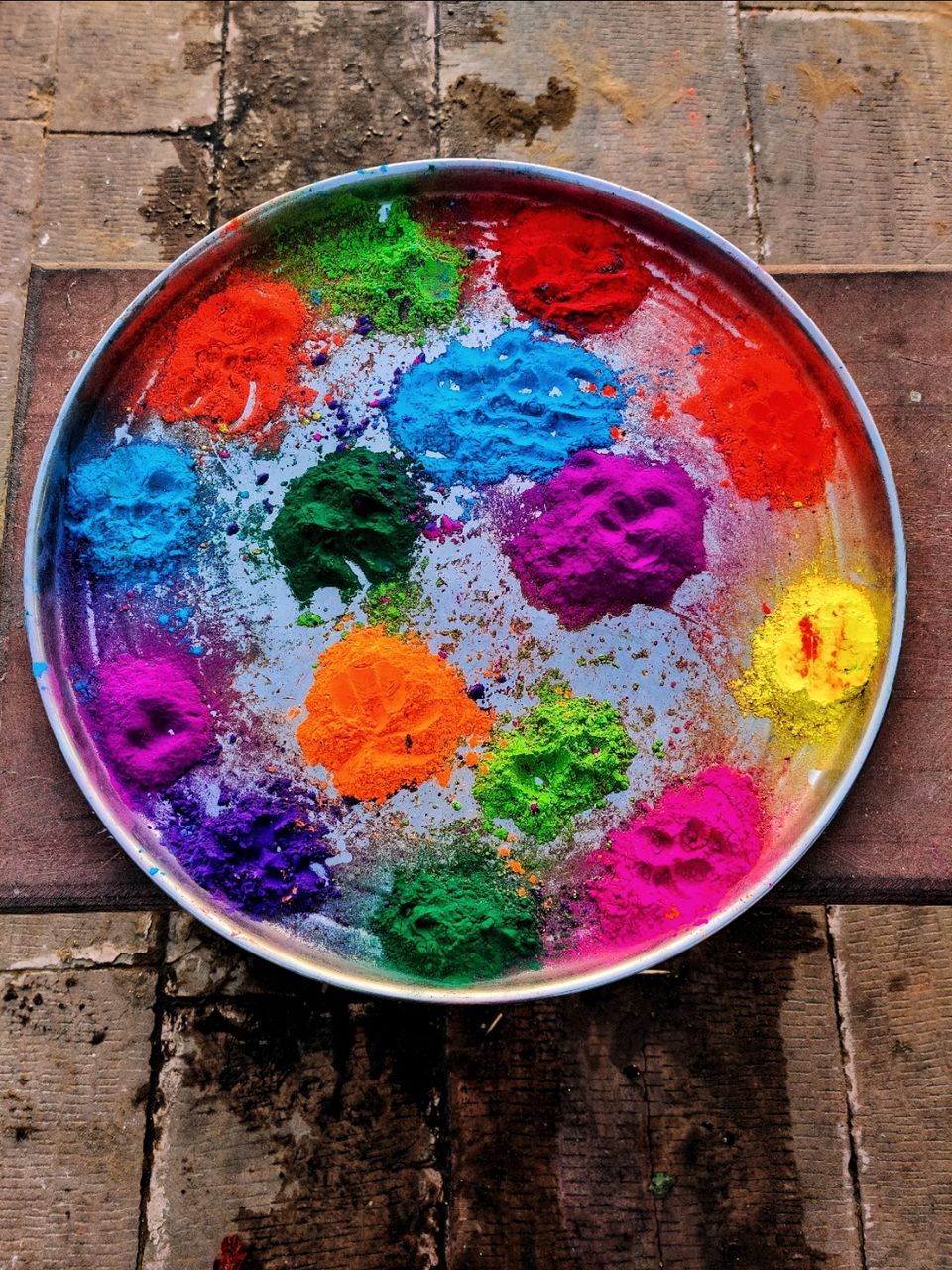 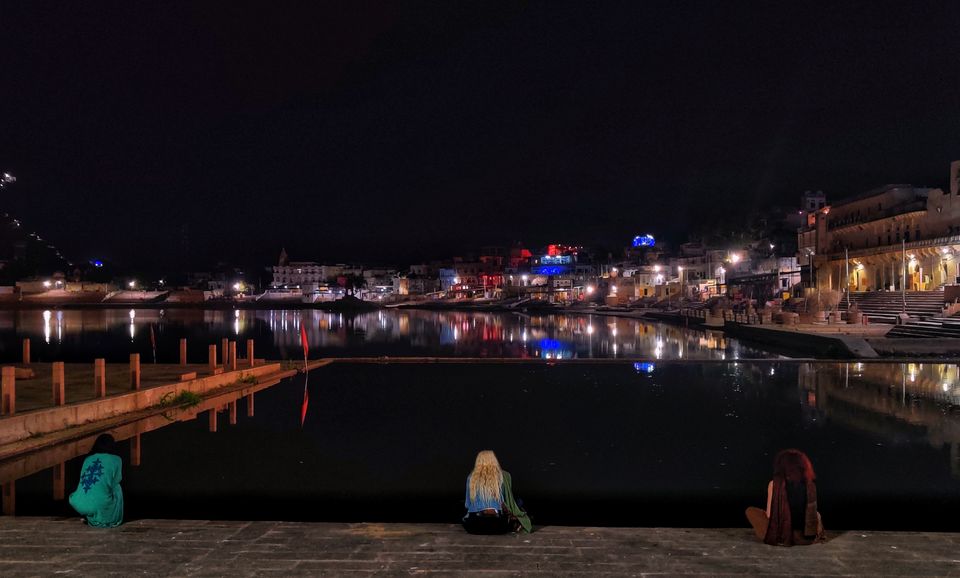 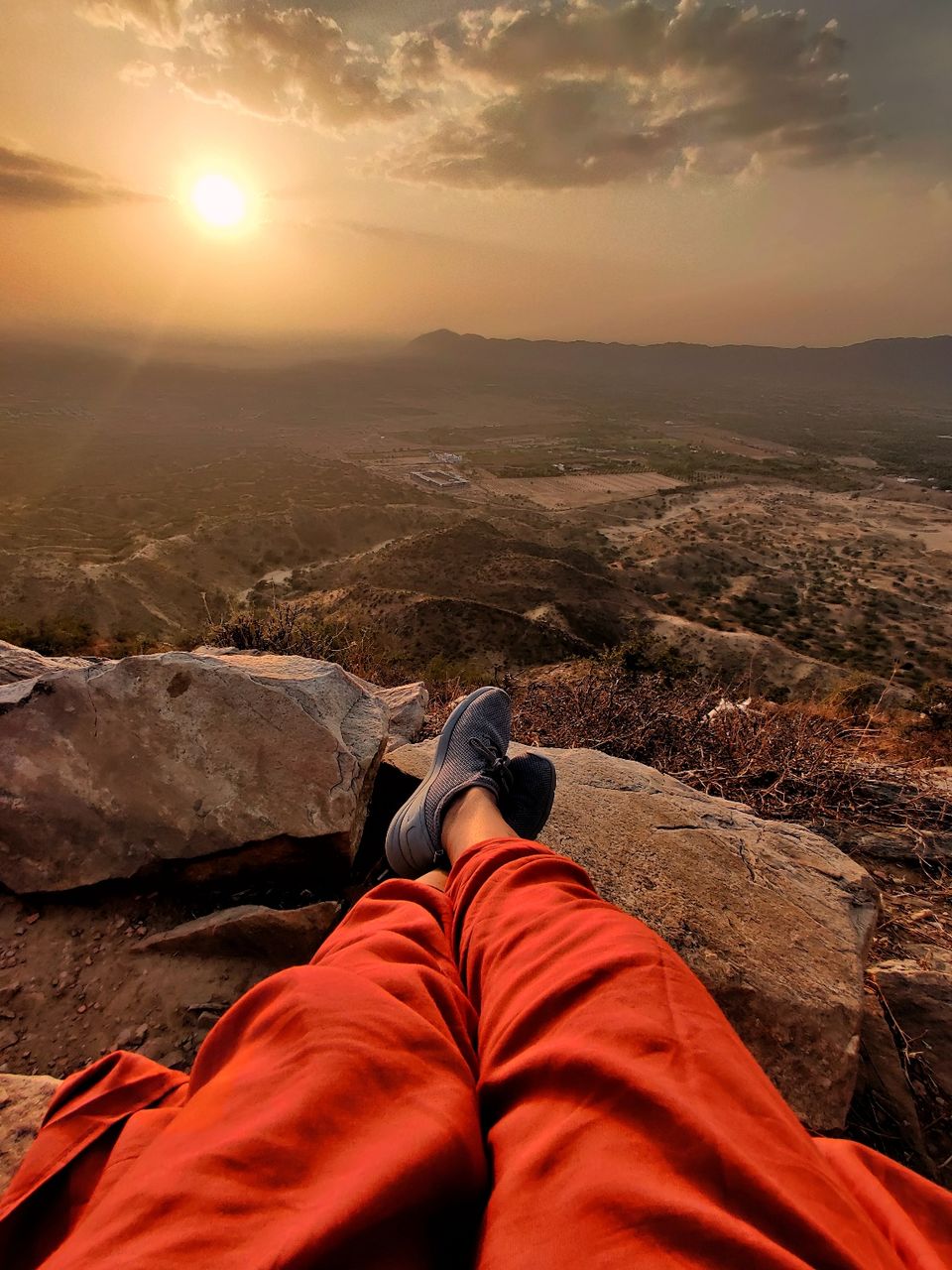 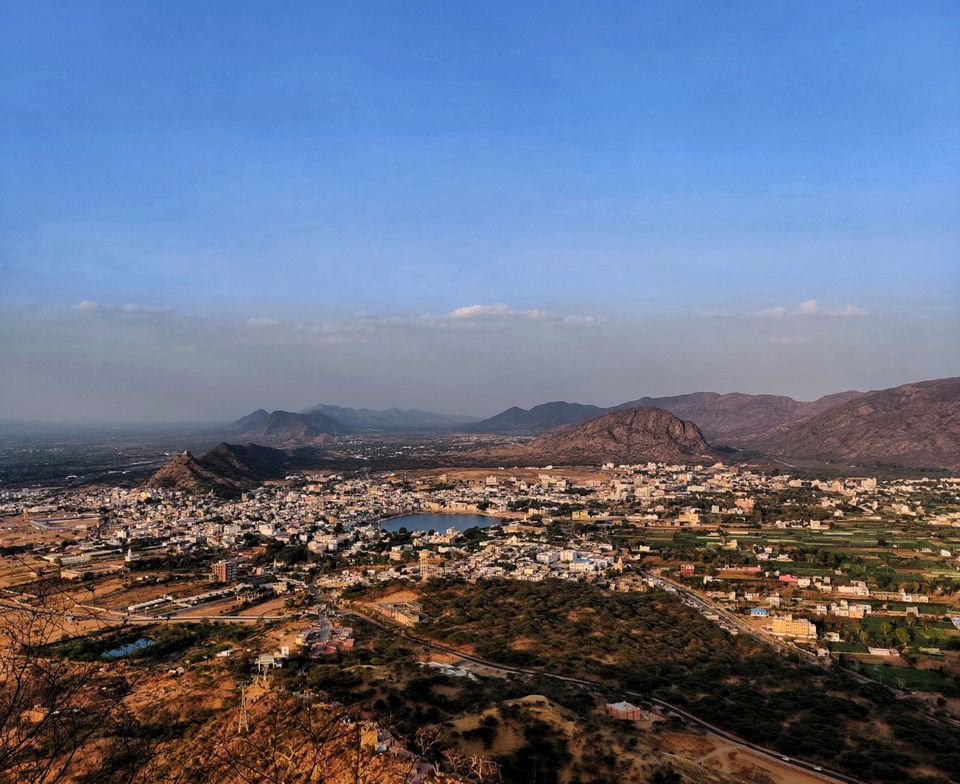 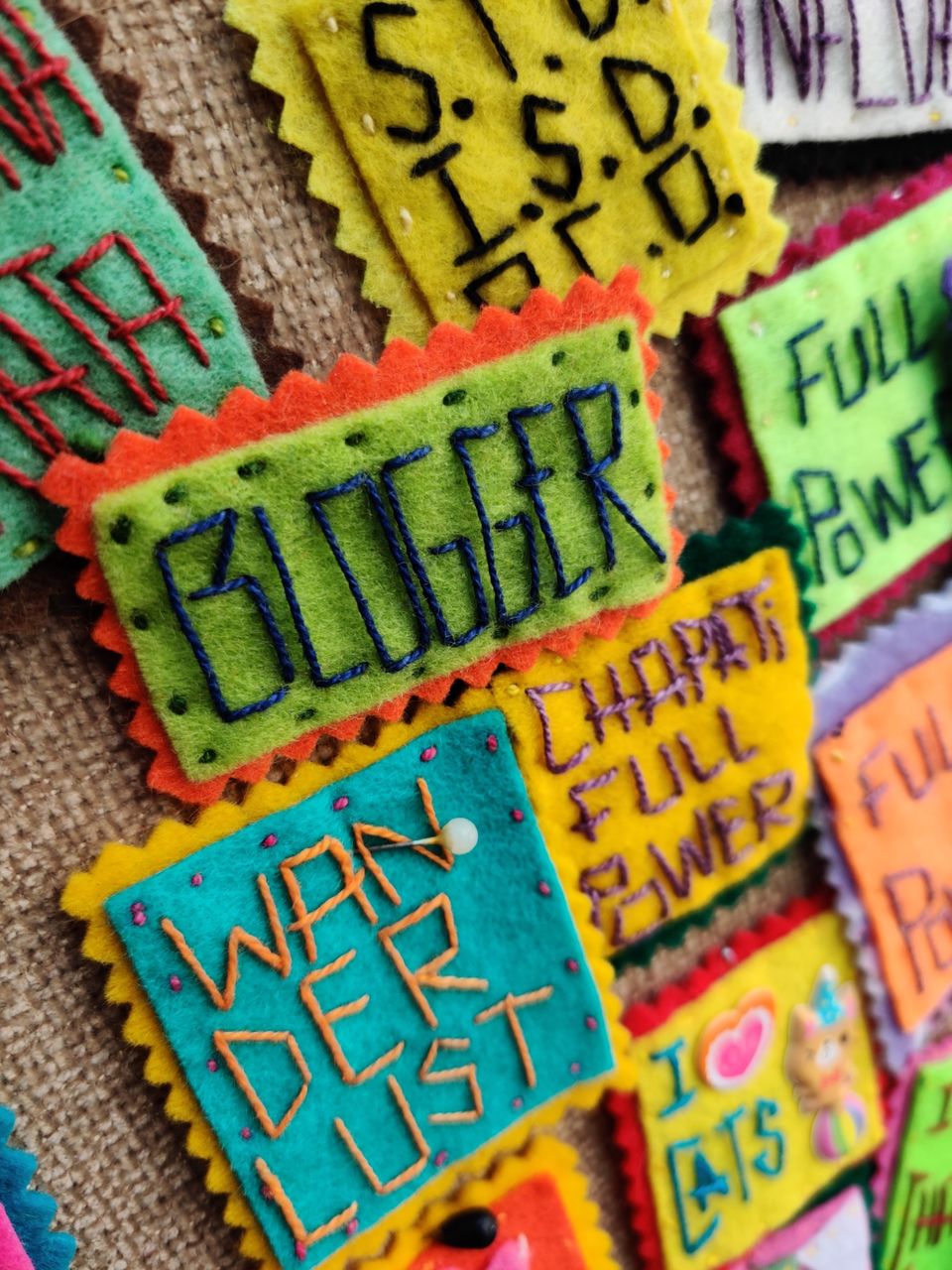 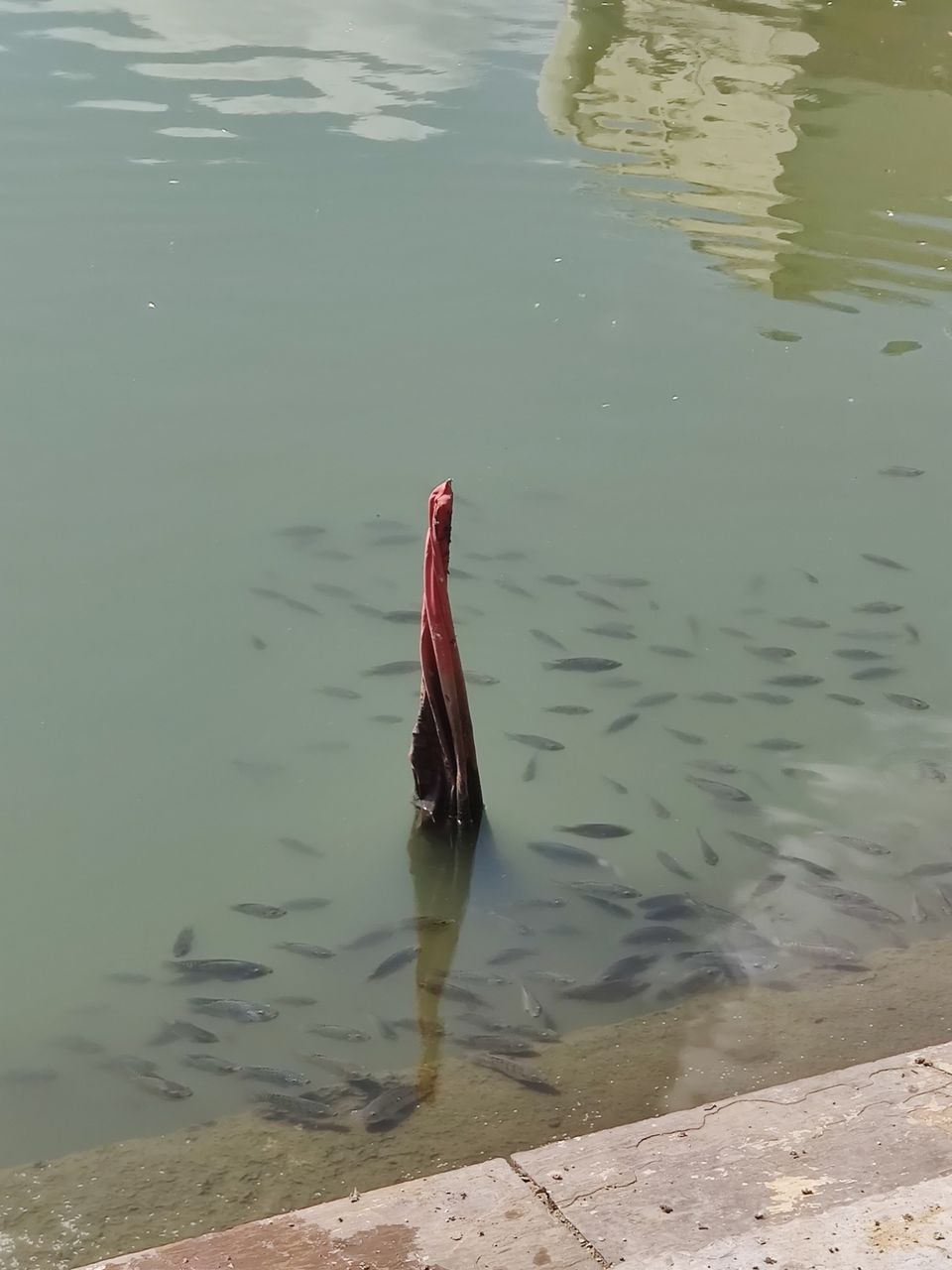 The vishnu temple, restricted for foreigners 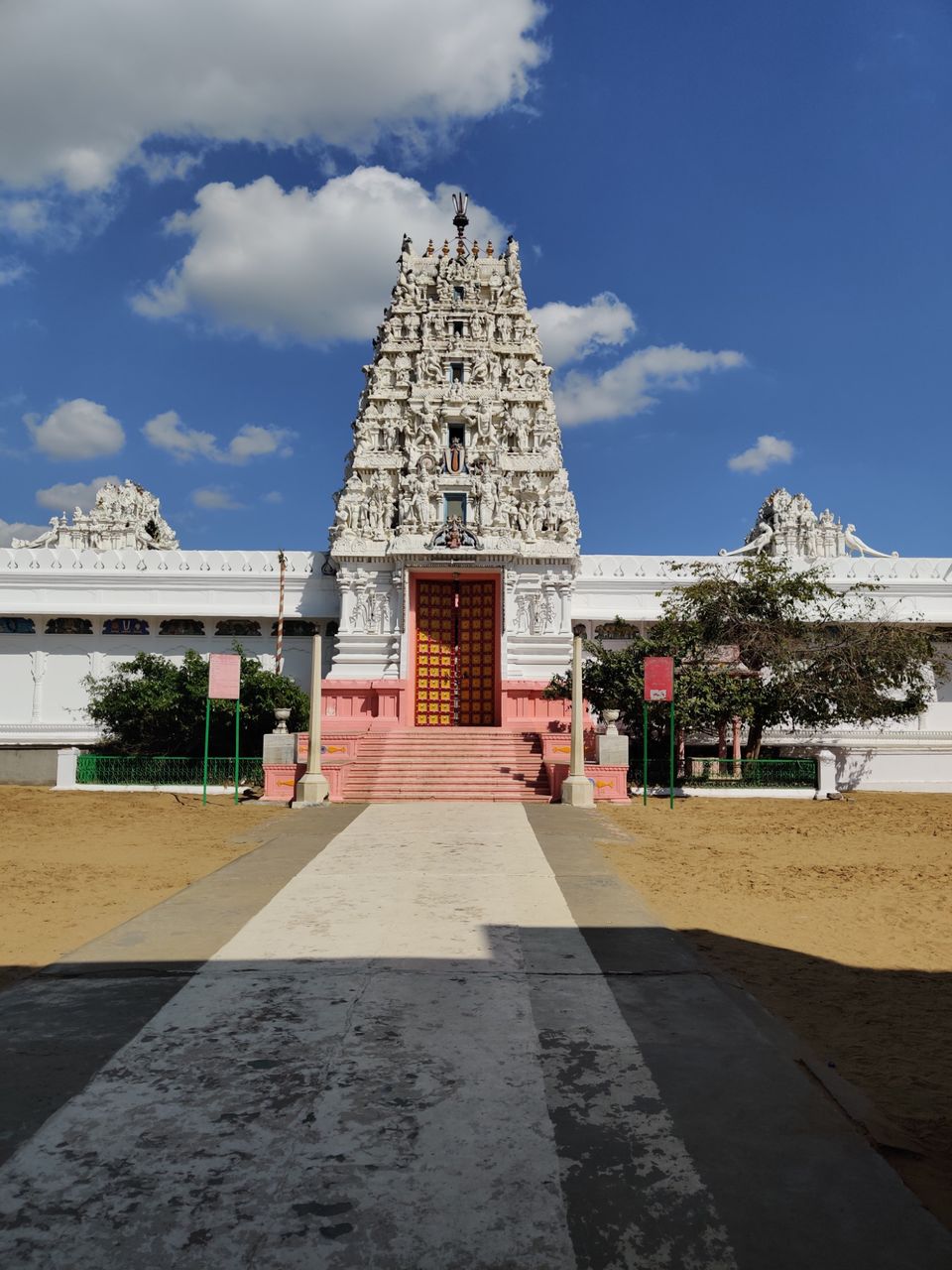 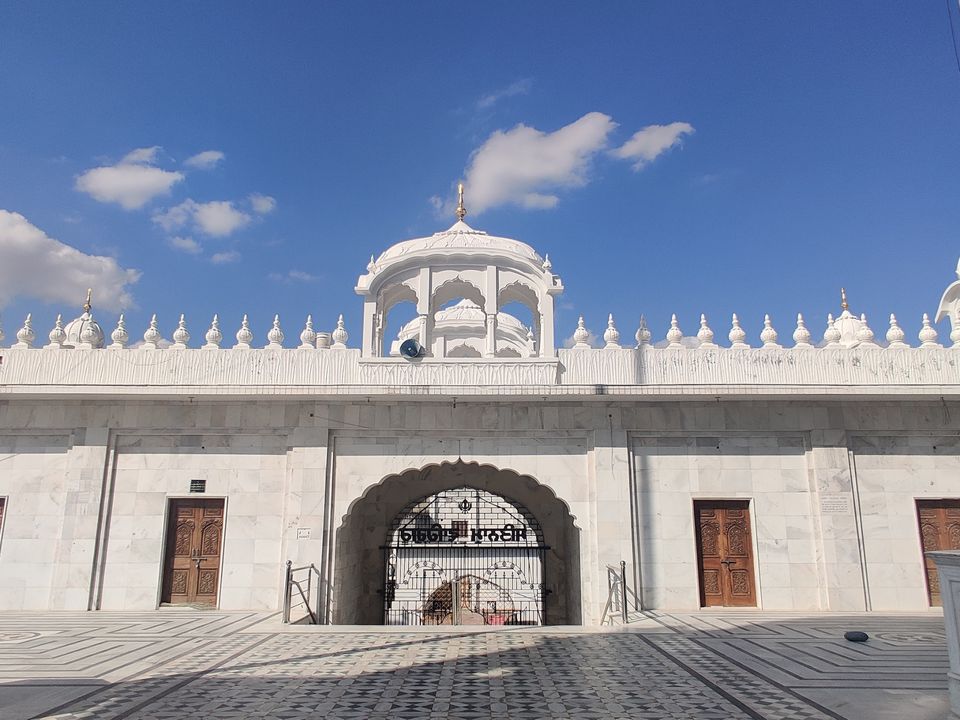 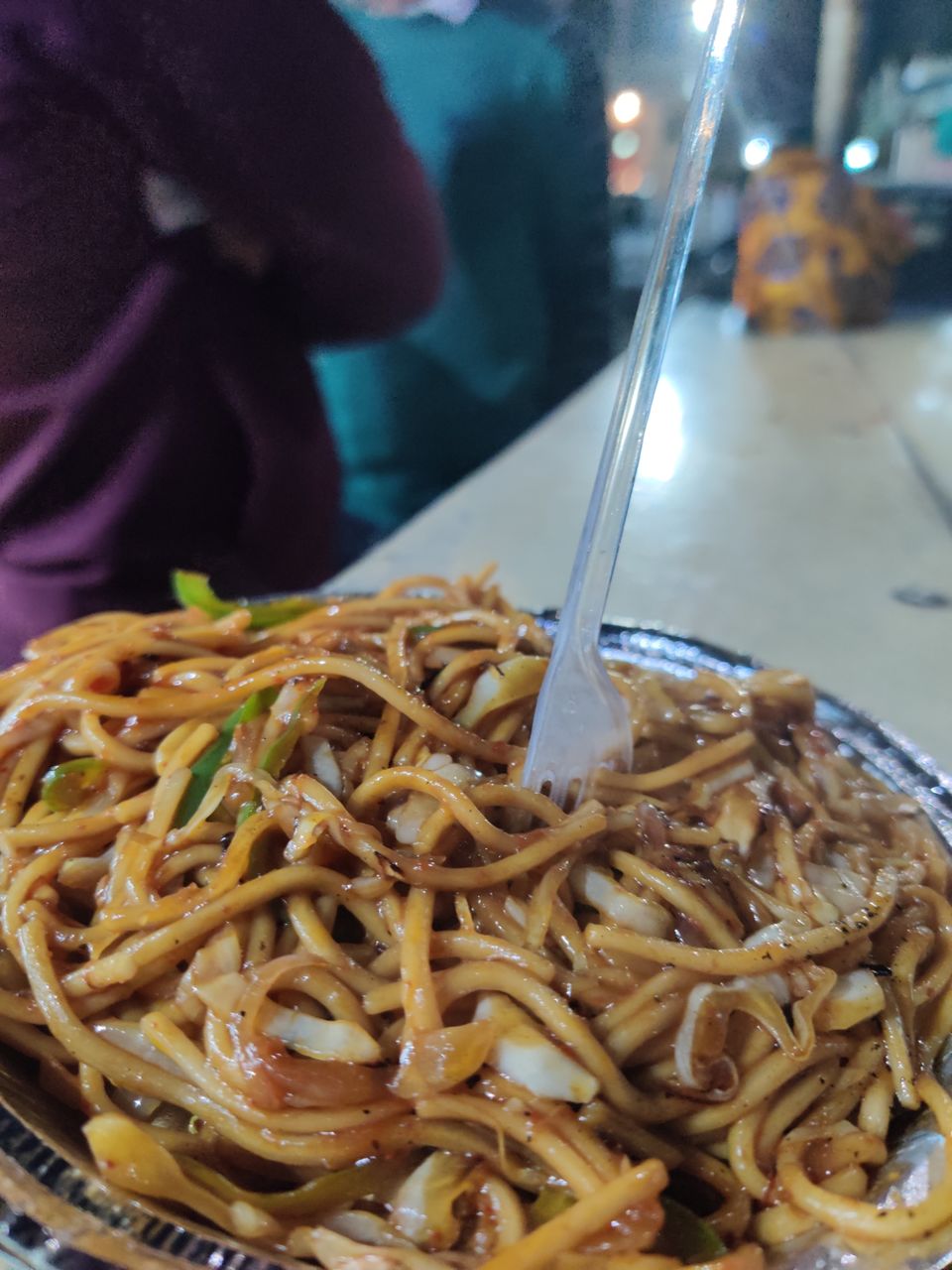 Muesli from sonus juice shop is a must try 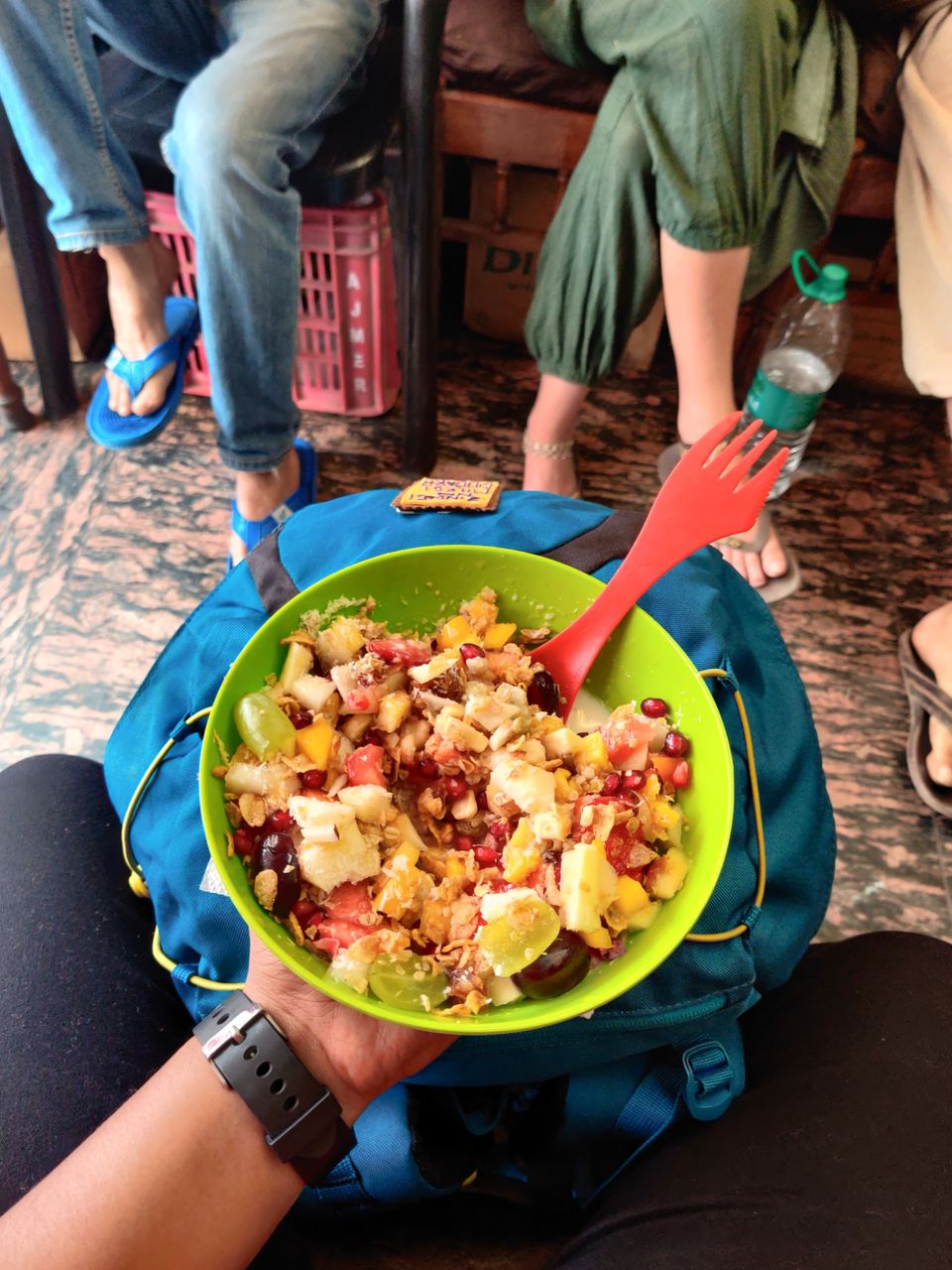 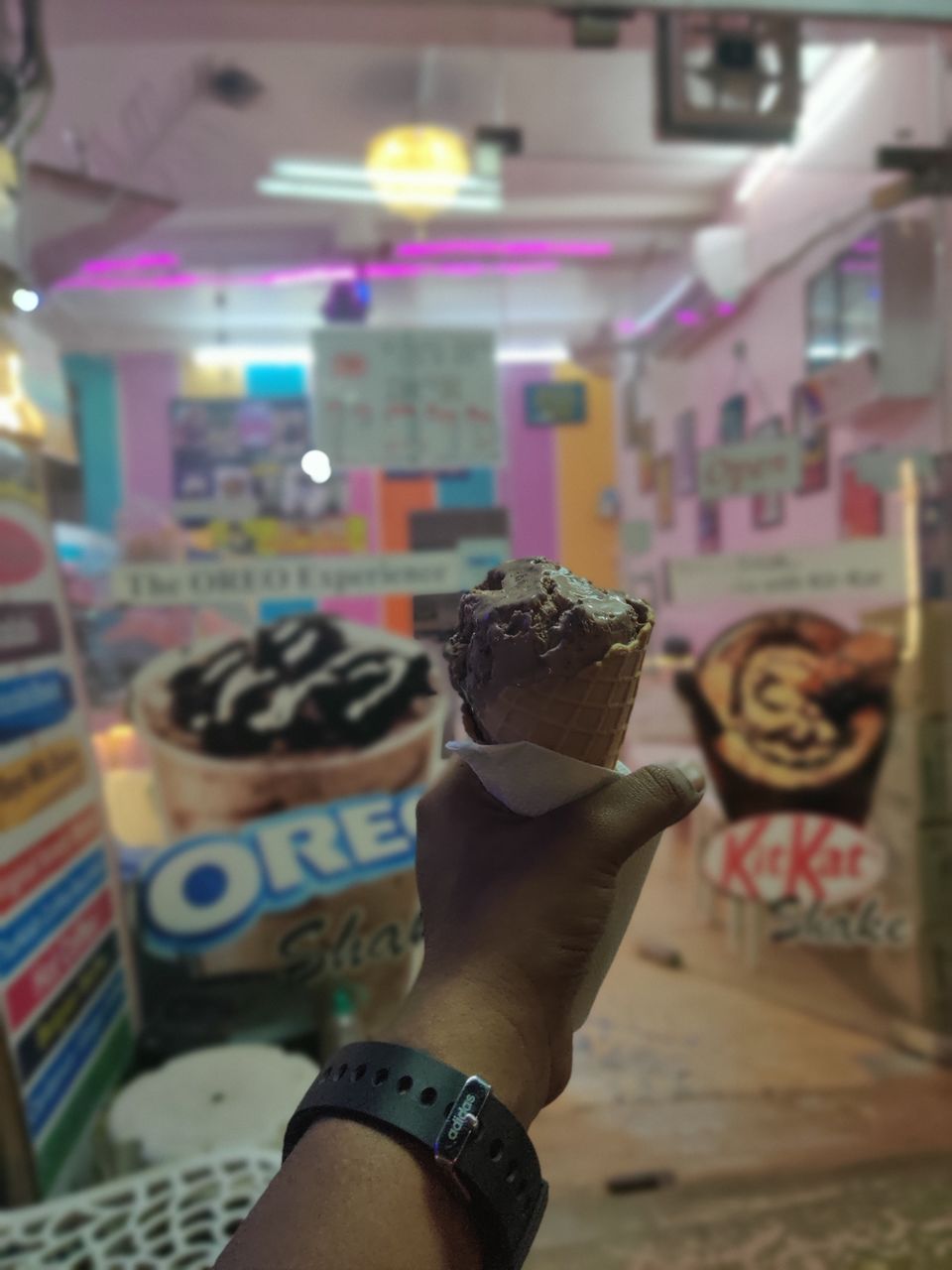 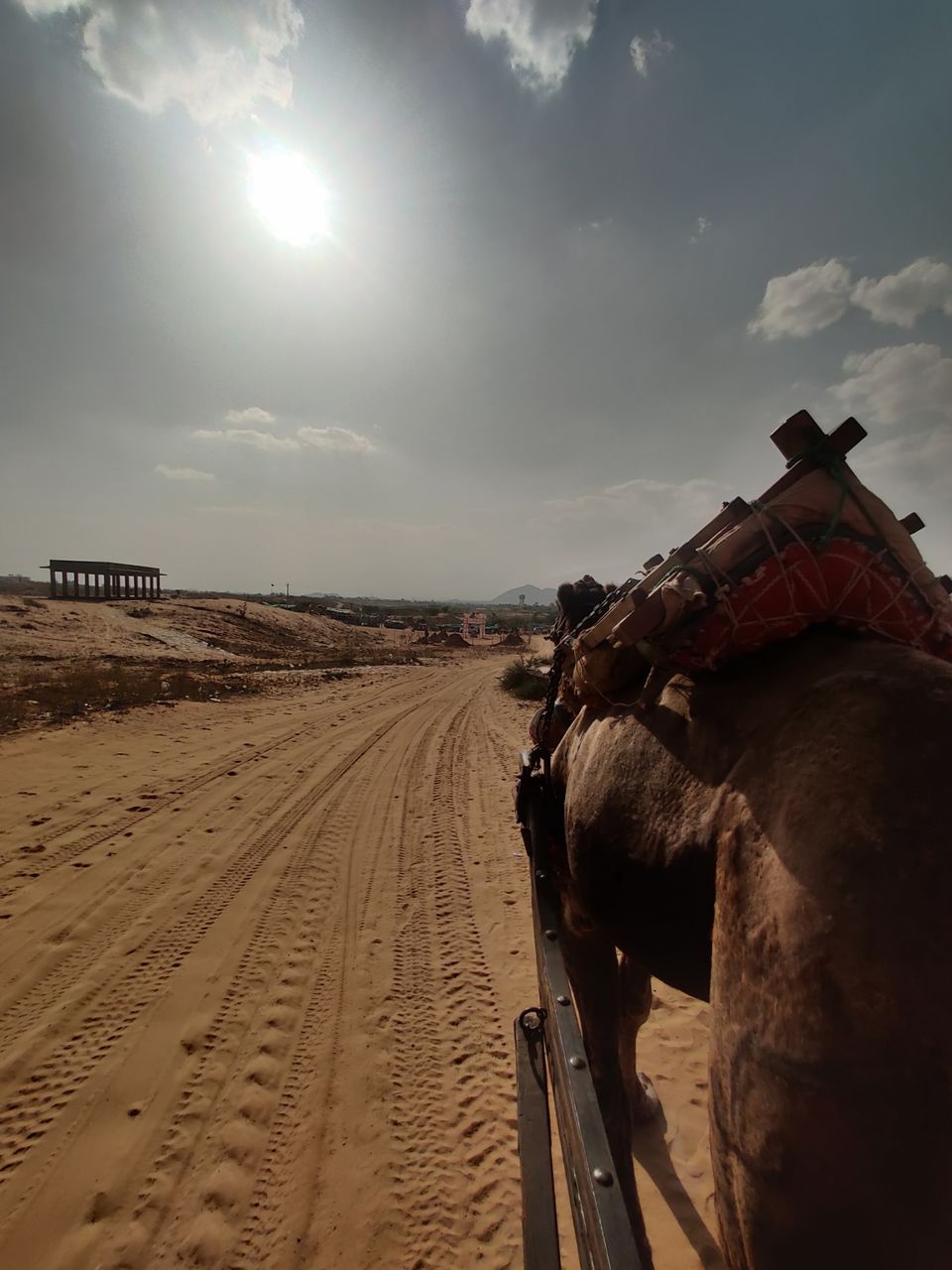 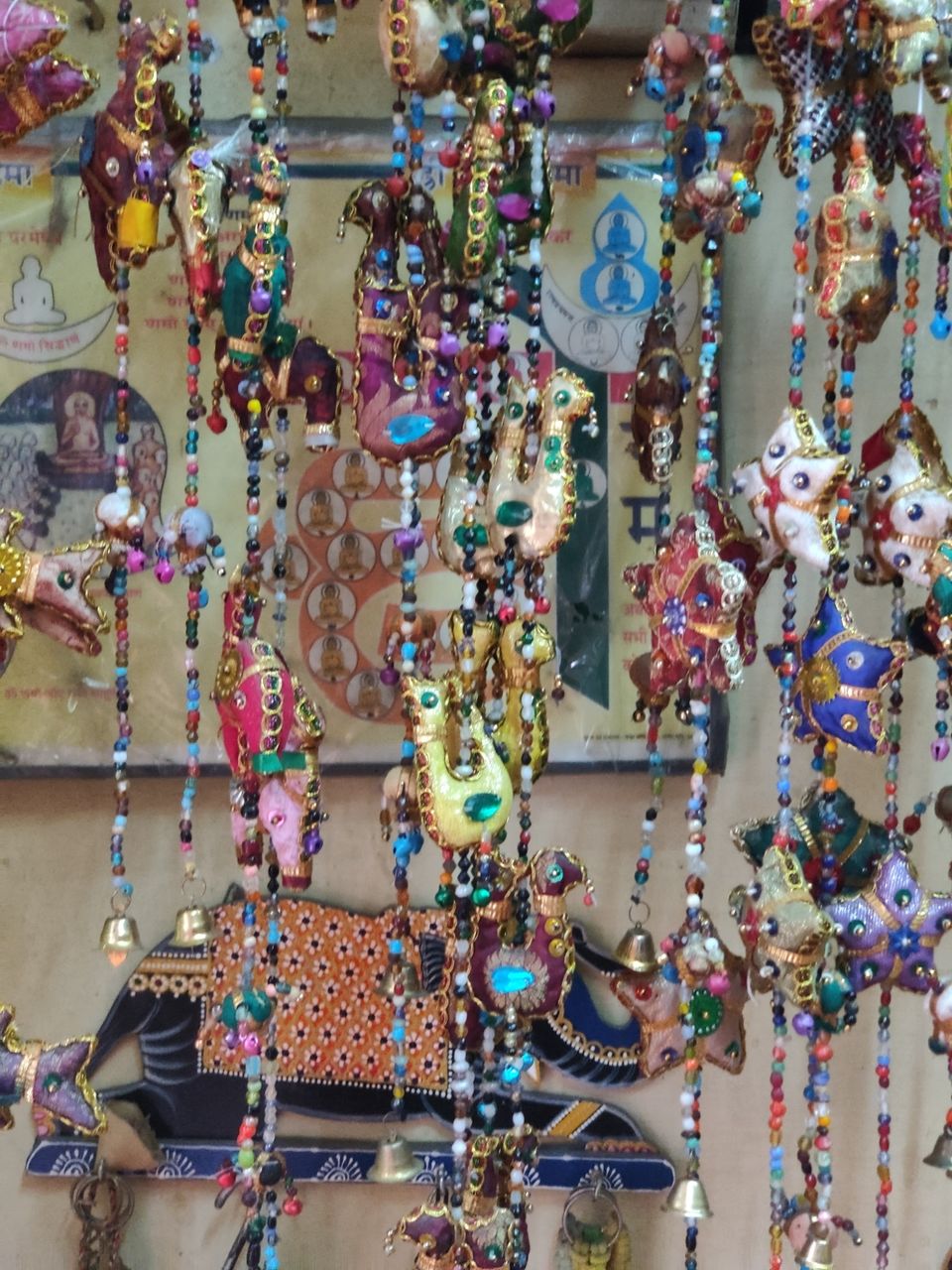 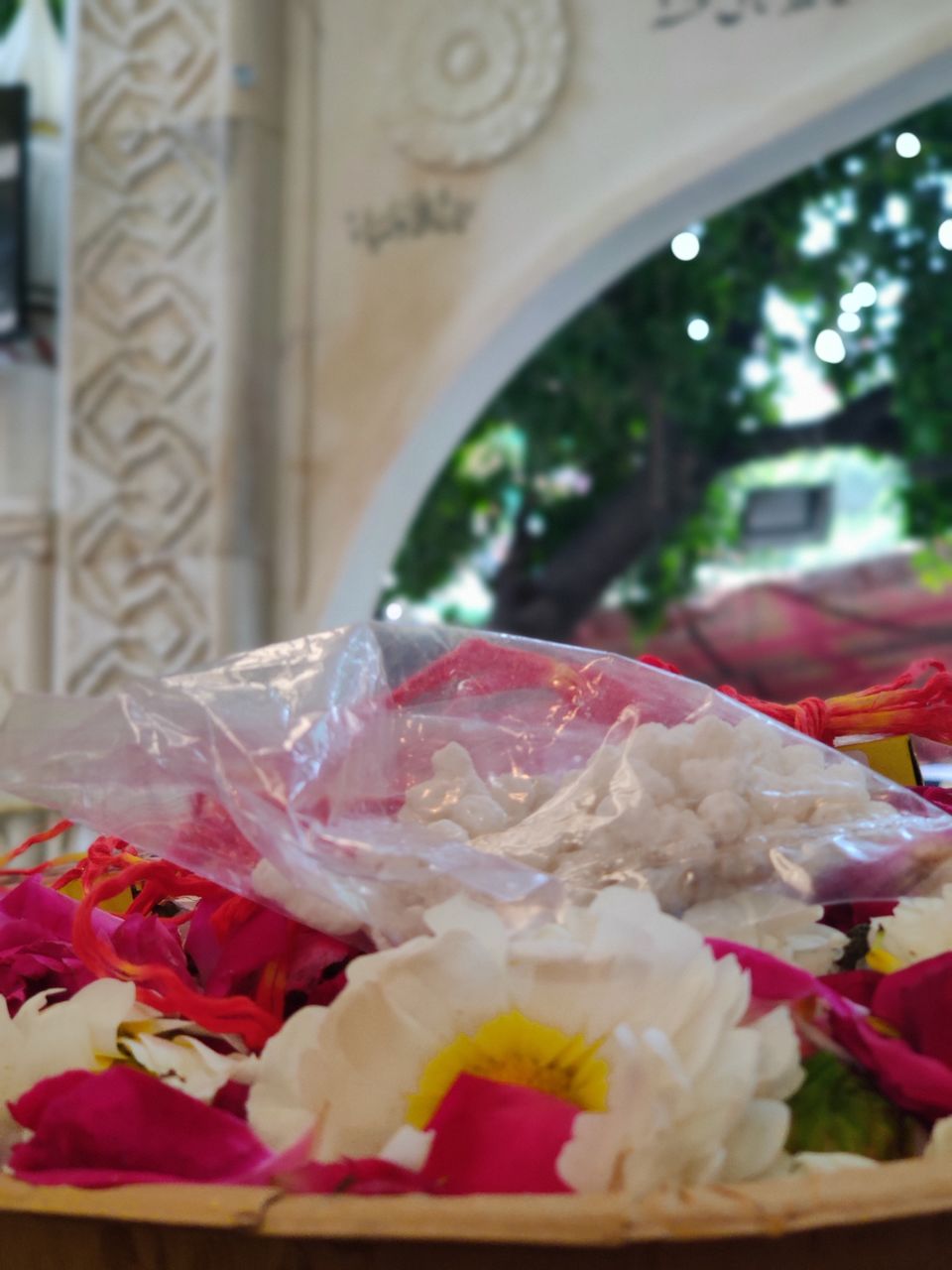 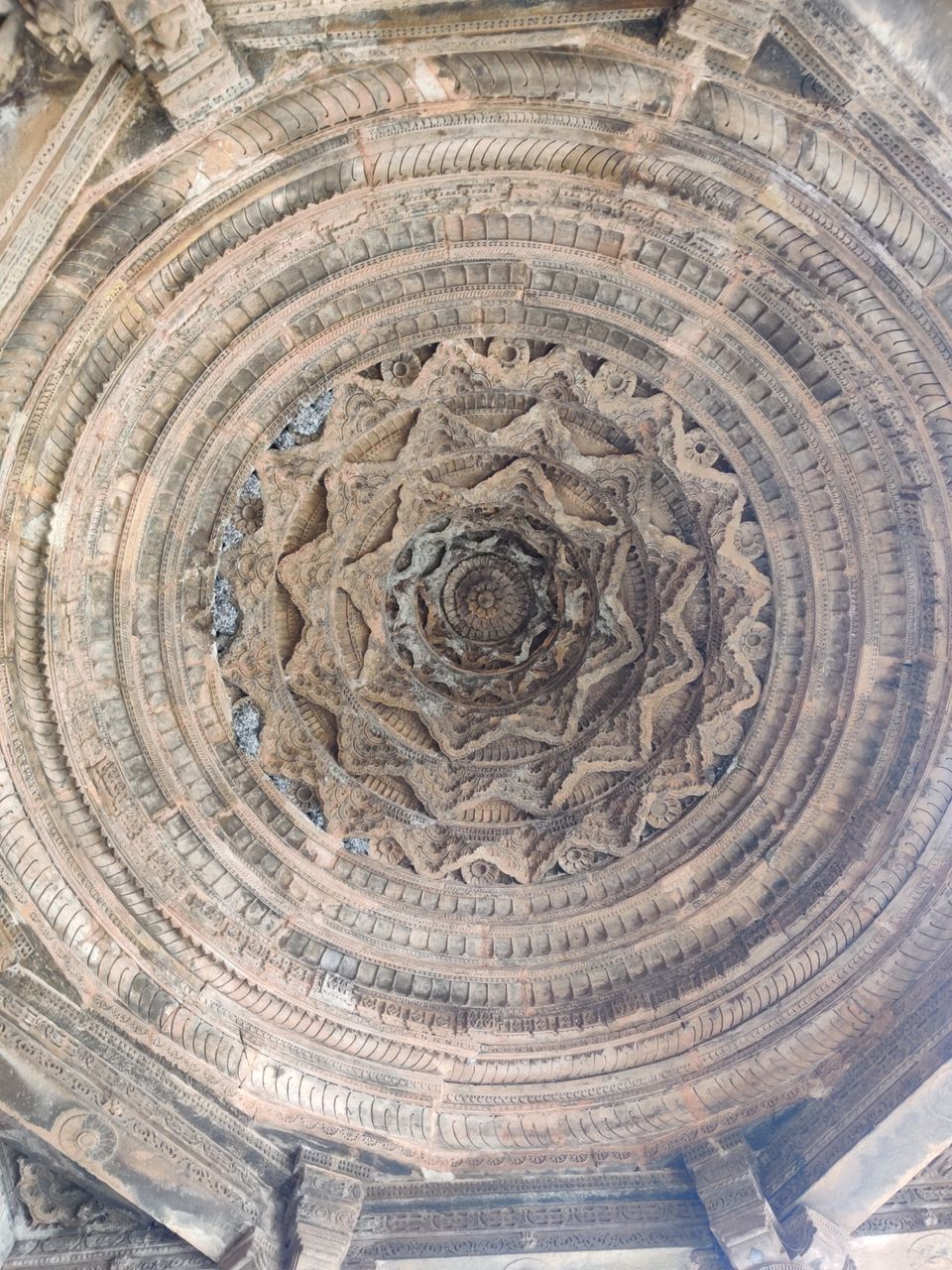 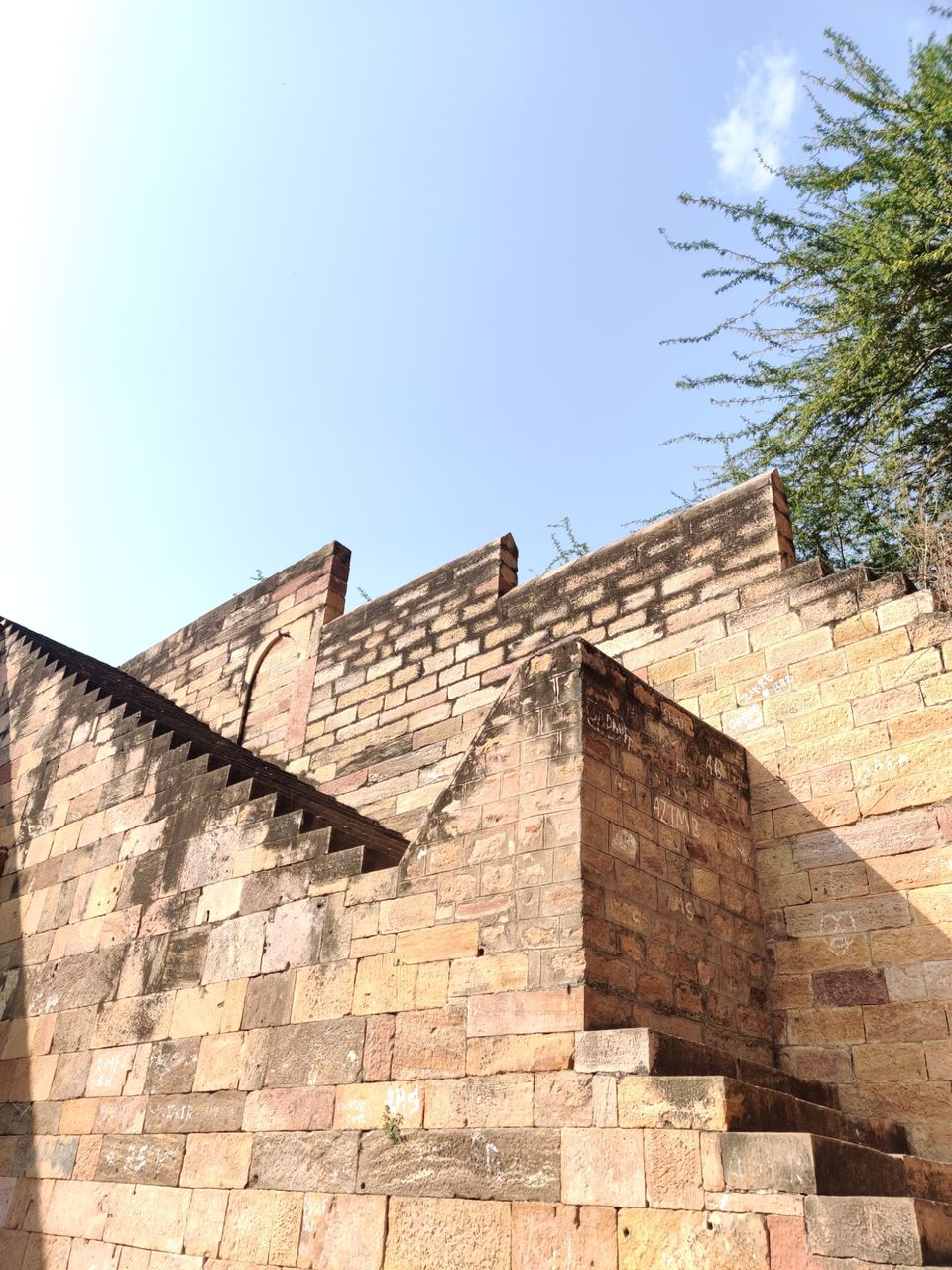 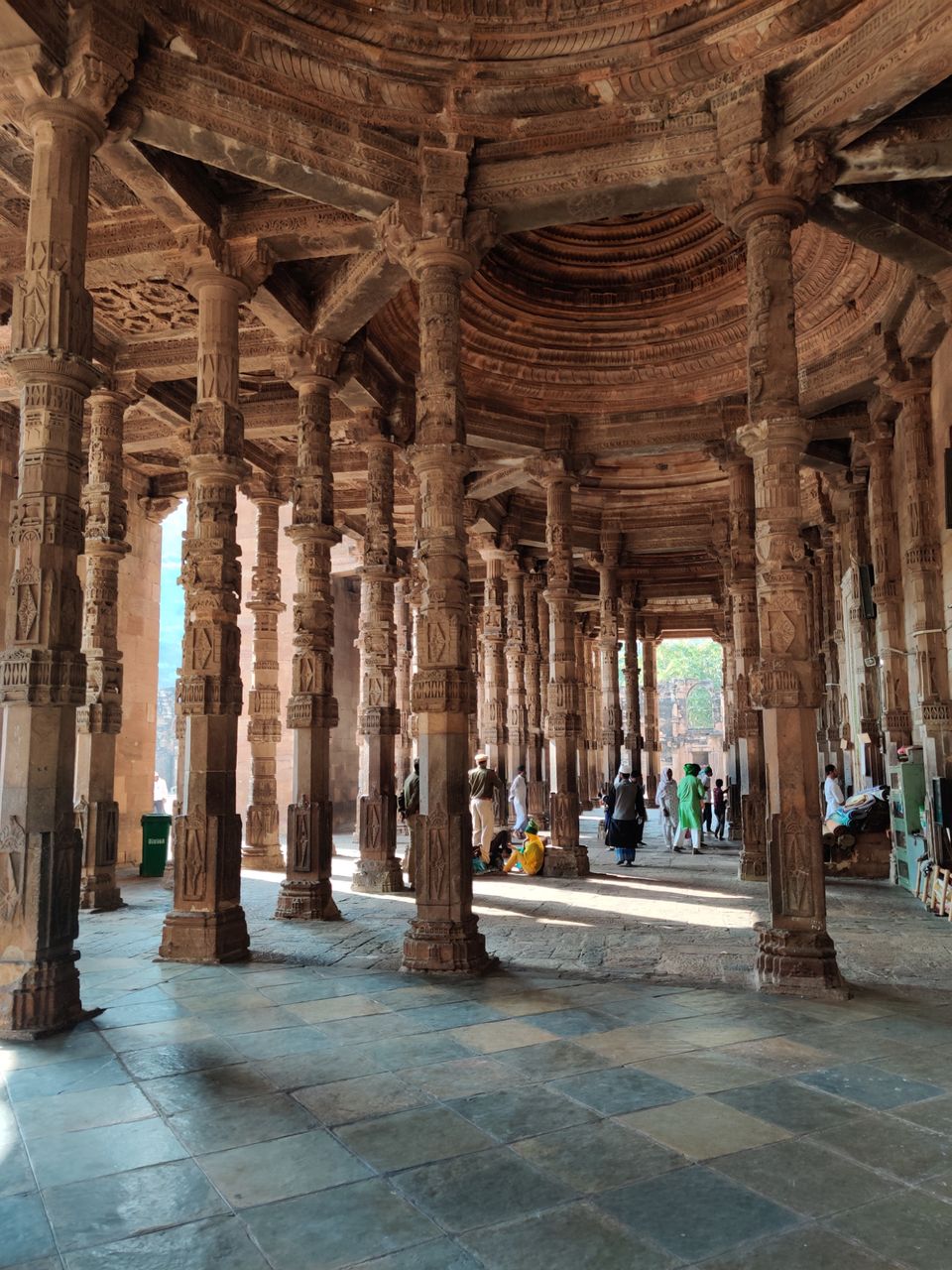 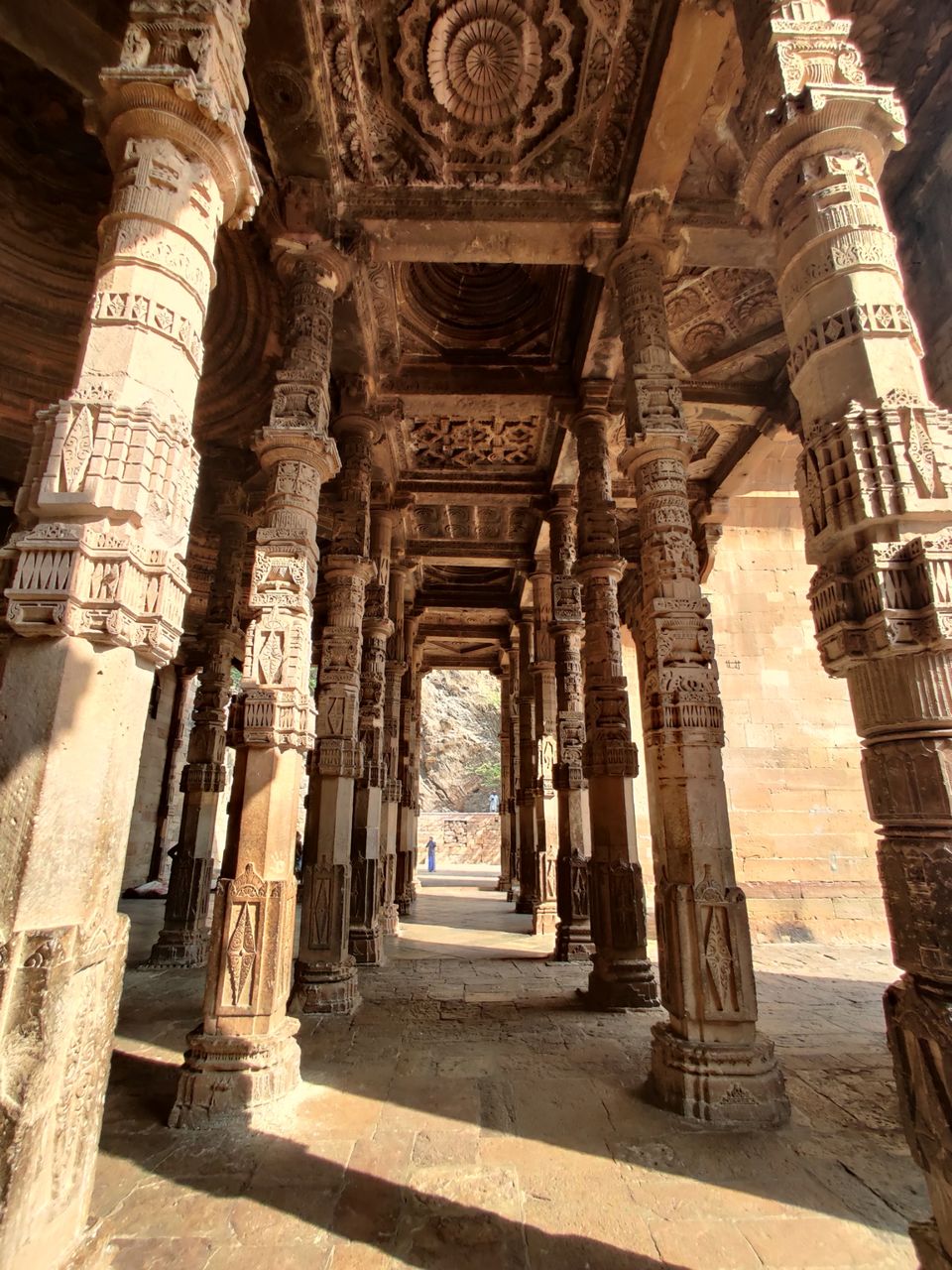 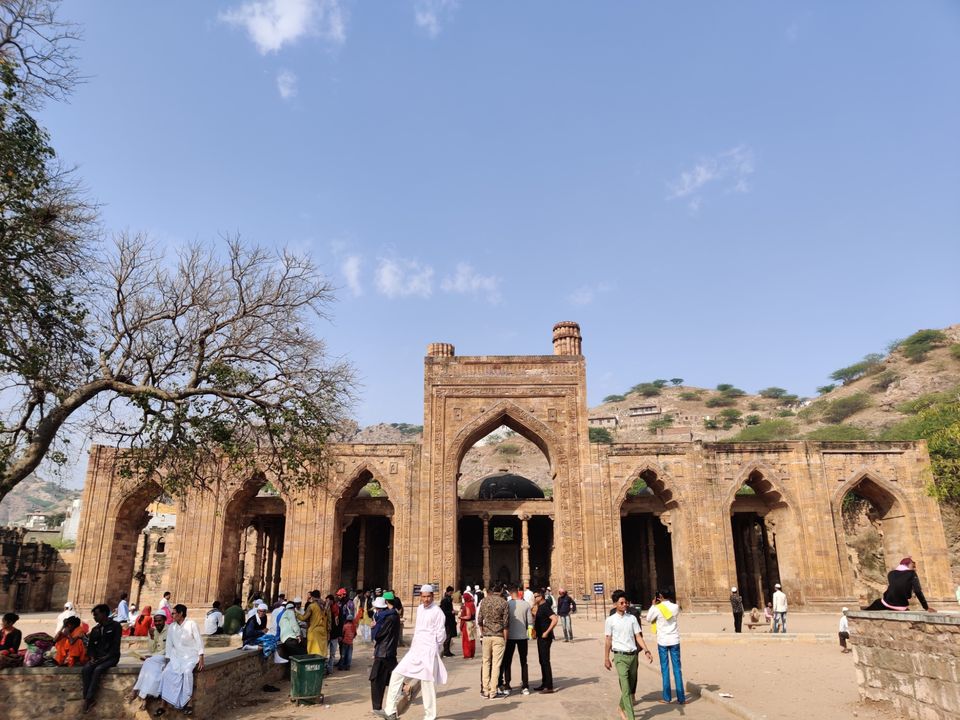