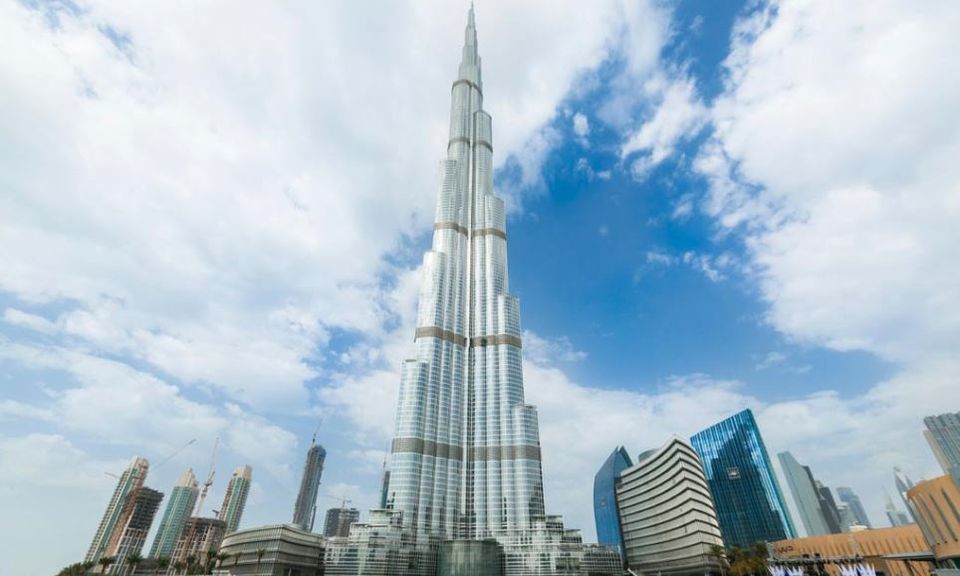 Dubai, once known only as a land of sand dunes and sheikhs, is a melting pot of cultures and skyscrapers. The city’s most recognizable landmark, the Burj Khalifa, has the distinction of overthrowing the Sears (now Willis) Tower in Chicago to become the world’s tallest building.

The time was fixed and the meeting point, set. It was 5.30 am on August 30th and a few Trippers from the Mumbai office met at the airport. Everyone was set to board their flight to Dubai.

After being picked up in a Lincoln Navigator at Dubai airport, we sped down the highway towards the Little India of Dubai known as Bur Dubai. We checked in to the Hotel Astoria after which we proceeded for the Dolphinarium followed by a city tour that captured the beauty of the Dubai Creek and the beaches with Burj al Arab in the backdrop. We passed through the souks, the museum, the consulates, the Wild Wadi Water Park and the Madinat Jumeirah souk. The day ended with a fountain show in the Dubai Mall and loads of shopping at Meena Bazaar, which comes alive in the evening. The myriad displays of shops glittering under the lights offering cosmetics, perfumes, clothes, toys, electronics, sweets, chocolates and dates will leave any shopper short of Dirhams.

With the Delhi Trippers joining in, it was time for more fun as we boarded our coach for an hour and a half ride to Abu Dhabi. We had the opportunity to experience wearing an abaya (traditional clothing for women), which is mandatory to enter the Sheikh Zayed mosque – our first stop in Abu Dhabi. The mosque with its expansive façade reflecting on the shimmering water is a sight to behold. The interior adorned with ornate chandeliers and vibrant carpets is an indication of the class of workmanship.

After dining at an Indian restaurant specializing in Malabari food, we headed towards YAS Island and Ferrari World. This was the most awaited part of the tour and the cameras never ceased to click. The magic of speed worked wonders and holding on to our maps, we navigated our way through all the rides many times over. The day wrapped up with visits to the Radisson Blu and Park Inn hotels and finally checking in to Crowne Plaza.

Our day began with a visit to Movenpick, which isacclaimed for its thematic design based on adventures of famous traveller Ibn Battuta. This was followed by an ice flyer experience (a replica of Switzerland’s Mount Titlis) at Ski Dubai. We then checked in to our apartment, Hotel Clover Creek and got ready for a cruise on the creek – the dhow cruise. It was an evening of food, fun and traditional Tanura dancing.

We started the day off with a visit to the engineering marvel Burj Khalifa. Off to the Dubai Mall and on to the lift and lo and behold! We were standing on the 124th floor of the tallest building in the world. The view was breathtaking and the feeling, inexplicable. With little over 20 people there so early in the day, we had the entire floor to ourselves and took pictures from all conceivable angles to capture the beauty of the city from the top. Later, we went for a guided tour of the aquarium with its exotic exhibits and rides. We then paid a visit to our colourful MakeMyTrip Dubai office and proceeded to the Atlantis for an orientation of the dolphin encounter, Water Park and the Lost Chambers.

In the evening, we had an exhilarating time dune bashing, taking camel rides and dancing sessions.

The scrumptious Indian breakfast spread at Taj Palace was a welcome treat. But true luxury came in the final lap of the tour in the form of a Jaguar ride to the airport, which left us all wanting more.